Vacant Dudley Square parcels to be sold by city

Located at 2147-2149 Washington St. and 2159-2163 Washington St., the lots combined total approximately 19,495 square feet and are currently being leased by the Mayo Group for parking. They were assessed in 2013 for a combined value of $215,100, according to the city’s Assessing Department. The city took control of the lots through tax foreclosures, according to the Department of Neighborhood Development, which controls the parcels.

“Dudley Square’s time has come,” explained Sheila Dillon, director of the Department of Neighborhood Development. “We’re so excited about the redevelopment of the Ferdinand and we think putting out these key parcels will enhance and complement those efforts.”

Over the coming weeks, DND officials will begin the process of developing a Request for Proposal for the spaces. The Request for Proposal or RFP, will help inform potential developers about what residents would like to see at the space. The RFP is a public document and part of DND’s standard process to sell city-owned property.

“What we heard from residents is that they wanted something that wouldn’t make the parking situation in the square worse and would complement the existing businesses,” said Dillon. “They also wanted a developer who wouldn’t propose something that would exceed the height of the buildings already in Dudley.”

With a concentration on commercial, retail, and mixed-use developments, Dillon said some examples given by residents included destination retail shops and opportunities for dining. Proposals that would not be supported by the community include things like liquor stores.
Click to expand...

Residential and artist studios in Dudley: 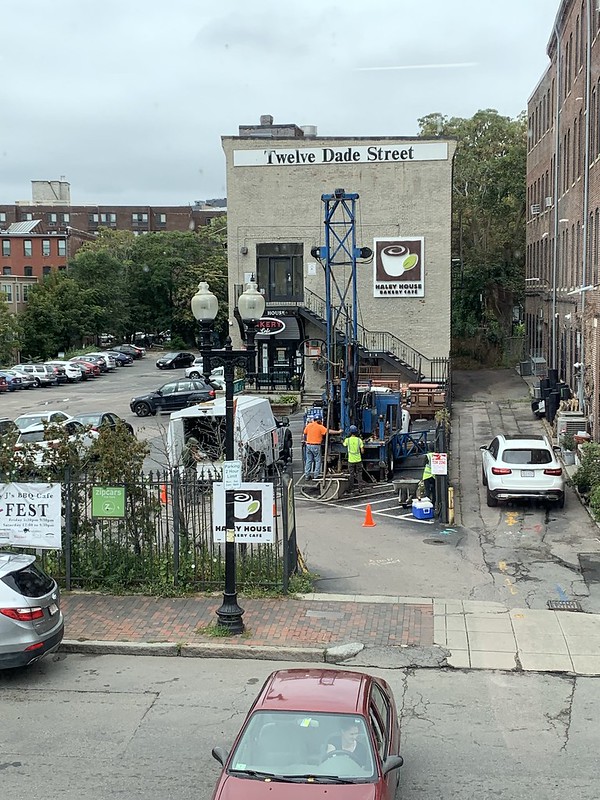 I also had no idea that 12 Dade wasn't getting demolished for this. That will be a very cool courtyard space to walk back to. Very excited for that, it will feel v. cozy . and can't wait for some street fronting cafe tables around here.
F

Wow, these both look awesome.

These coalition project with very low AMI affordable housing take a long time to pull together. Every aspect of the project is complicated, from the heavily minority design and construction team to the very high affordable housing components.