Oct 07, 2019
6:00 PM - 8:00 PM
Description:
The 350 Boylston Street project (the "Project"), as approved by the BRA Board on October 16, 2008, consists of a nine-story, approximately 221,230 square foot mixed-use development with office and retail uses and a below-grade parking garage for approximately one hundred fifty vehicles.

The purpose of this meeting is to present and discuss the Notice of Project Change for the lapse of time.

Please note, meeting attendees should enter the BPL-Central Branch through the McKim building which has an entrance along Dartmouth Street and should proceed to McKim Conference Room B located on the lower level. The meeting room is accessible by elevator. The public is encouraged to attend.

I didnt go but heard on twitter they stacked the room with supporters. Only a couple dissenters. I wish I had the chance to go unfortunately I couldnt. I've heard people can still write letters until the 17th, we should all get one in!

Suffolk 83 said:
Only a couple dissenters.
Click to expand...

I was there, and had a few pointed things to say to Mr. Druker and the nice gentlemen from the BPDA. Some in the audience seemed pleased with my thoughts. After the meeting, I chatted with staff from the Boston Preservation Alliance, and a handful of younger folks with an interest in maintaining the architectural integrity of Boylston Street.

Of humorous note, a key person from Boston Properties came over and spoke to me as well. He was excited to tell me how he and his team worked so hard to imbue The Hub on Causeway with historic character; I politely told him that aesthetically speaking, it was my least favorite large project in this development cycle.

(NB: I'll post meetings and events, and recap my involvement to the extent that they help with preservation efforts here and elsewhere, but otherwise, I'll be maintaining radio silence until Edward addresses concerns on content ownership and control.)
Last edited: Oct 8, 2019 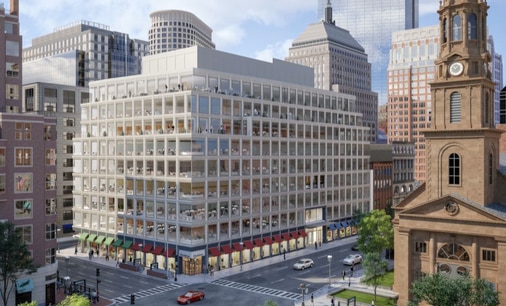 Bain leases future Back Bay office, in one of the biggest deals since COVID - The Boston Globe

The Boston-based consulting firm has agreed to lease eight floors at a long-planned office building on a prominent site at 350 Boylston St. 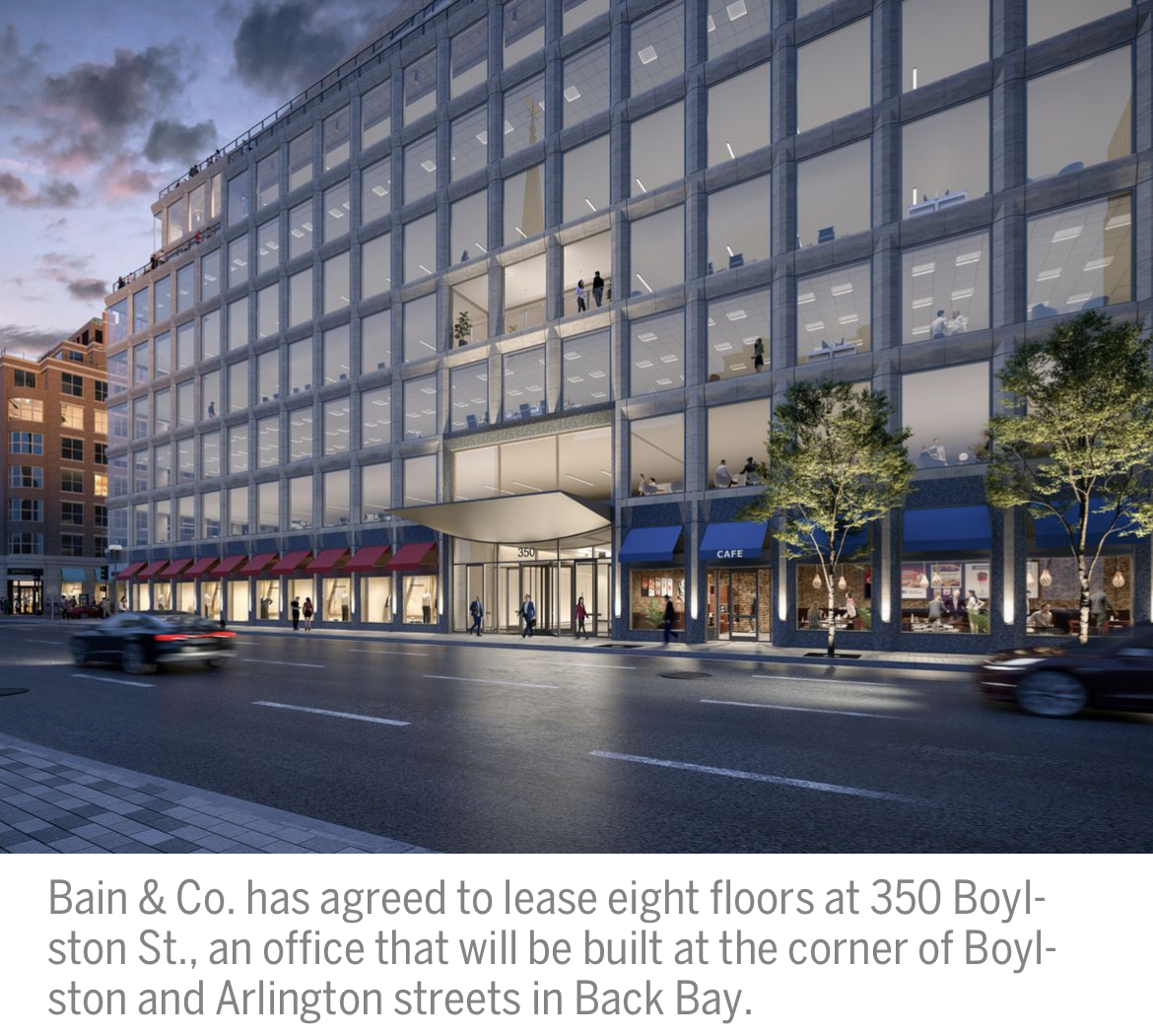 Bain leases future Back Bay office, in one of the biggest deals since COVID - The Boston Globe

The Boston-based consulting firm has agreed to lease eight floors at a long-planned office building on a prominent site at 350 Boylston St.

That's what we're ending up with? I'm verklempt

Boston Biz Journal also has a piece on this. They note that the building failed to get Landmark status by the Boston Landmarks Commission in 2006. Tough crowd! If a 118 year old bldg with exquisite details doesn’t make the cut, what can? Old news I suppose, but does anyone know the story on that? 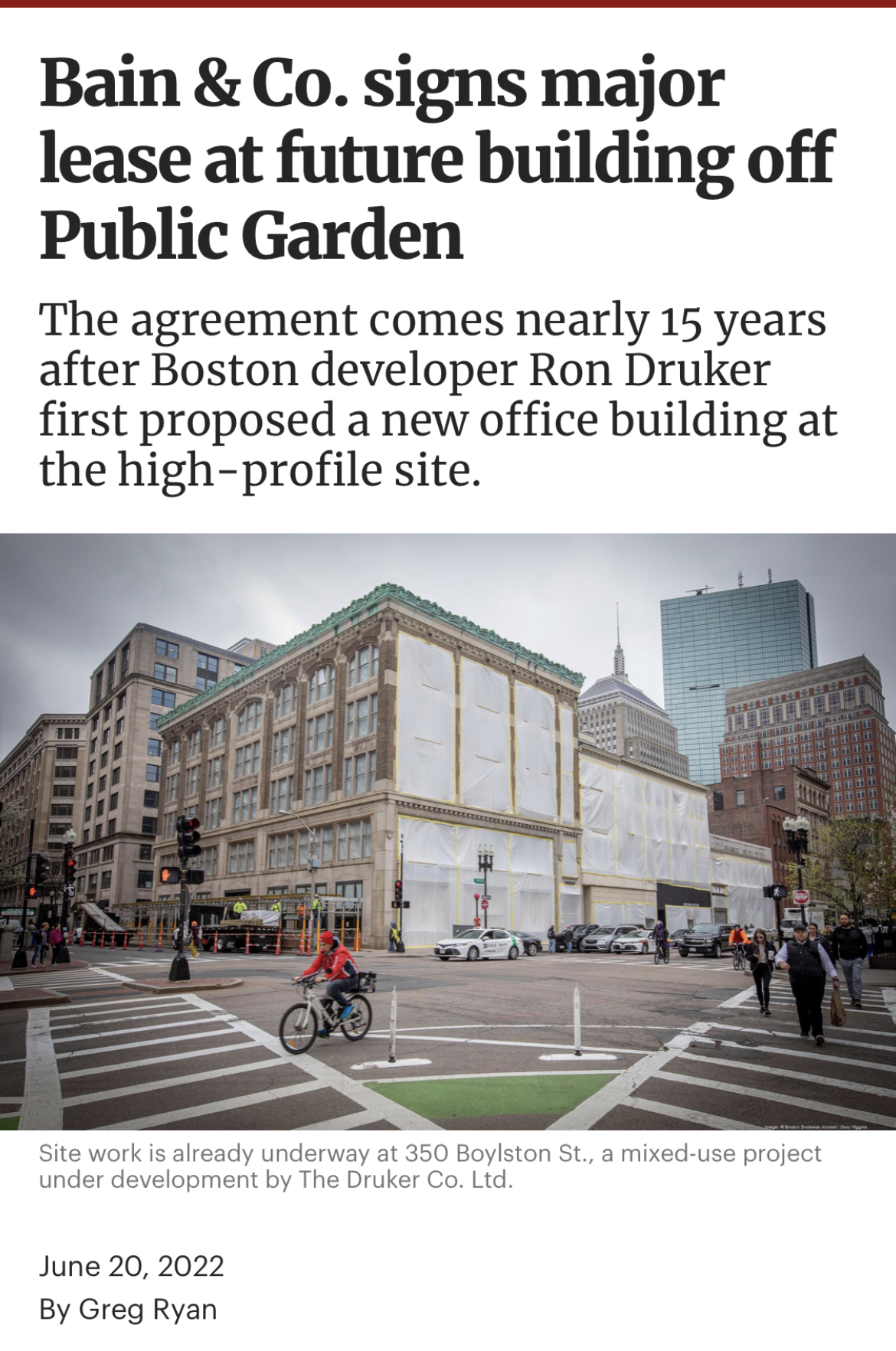 Dr. Rosen Rosen said:
They note that the building failed to get Landmark status by the Boston Landmarks Commission in 2006. Tough crowd! If a 118 year old bldg with exquisite details doesn’t make the cut, what can? Old news I suppose, but does anyone know the story on that?
Click to expand...

I think - sadly - the cynical take wins out here: The Landmarks Commission (in Boston, or anywhere else in the US honestly) is a total joke. Fully in the bag for developers and money interests.

If a building is owned by a deep-pocketed NGO saying it wants to landmark its structure, the Landmarks Commission will oblige. But they seldom actually fulfill their own remit and defend the city's architectural history if an owner (or prospective owner) would prefer to knock the building down. (It makes one ask: why even have a Landmarks Commission?)

Druker is an especially horrendous case. The guy builds crap. His father built crap. As a developer, he's Boston's Trump - a developer daddy's daddy's boy, but with 1/100th the bank account and name. He gives to the right charities and greases the right palms..

The Landmarks Commission folded like a cheap suit, and Druker gets to Druker (synonym for "ess upon") the city some more.

May the public record be black, and their graves pissed upon, when it comes to the city's Landmarks Commission and Ron Druker alike. Eff the eff out of them all.
D

I would take a Trump Tower NY, Trump World Tower NY, or Trump Tower Chicago here in a heartbeat. 3 iconic, clean looking, high quality towers. The Panama City one is also super cool although wouldn't really fit a cold climate. I know there's a lot of bad Trump buildings out there (here's looking at you Las Vegas and Toronto) but I also don't think he'd be knocking down important historical buildings just to replace them with 9 story blobs. His attitude seems to be more of "go big or go home." Whatever you think about his politics or personality, I believe from a development perspective Trump would do us a hell of a lot better than Druker.
You must log in or register to reply here.
Share:
Facebook Twitter Reddit Pinterest Tumblr WhatsApp Email Link