The regulations were approved Sept. 13.

Excerpts from the Globe article.

The new requirements would apply well beyond the city’s federally designated flood plain. They cover more than 5,000 acres of land believed to be at risk from coastal flooding, including much of the Seaport, Chinatown, the South End, and East Boston, as well as parts of downtown, South Boston, Charlestown, the North End, and Dorchester.
Click to expand...

.. the BPDA is establishing a base-flood elevation point that assumes the potential for 40 inches of sea level rise in a severe storm. Occupiable space in residential buildings would need to be at least 2 feet above that point, said Chris Busch, assistant deputy director at the agency. Commercial buildings such as those with offices or labs could have usable space below that threshold, but it would need to be built with flood-proofing measures up to a foot above the threshold.

The new rules grant some concessions to make it easier to build storm-resilient structures. They include a slight increase in height limits, for example, or property setback allowances to provide room to ensure mechanical systems are above the new flood threshold.

Trade groups representing builders and developers had largely positive things to say about the Boston rules. Anastasia Nicolaou, vice president of policy and public affairs at NAIOP Massachusetts, said many developers already incorporate storm resiliency into their designs. The new rules, she said, ensure they have a predictable review process, one that applies to everyone.
Click to expand... 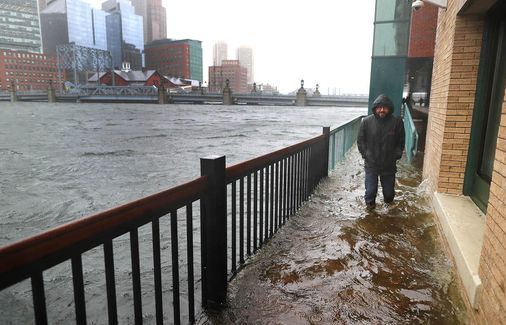 After years of planning, BPDA sets new rules for building in flood-prone parts of Boston - The Boston Globe

Large projects in many coastal neighborhoods would be required to elevate ground floors and implement other protections.

Mods, feel free to move. Though tempted to post this under the Pinnacle thread, I resisted seeing that the candidate who pulled back the Municipal Harbor Plan came in fourth in the primary.
S

Only a few building features would be allowed below the flood threshold in residential buildings, including parking and storage. The BPDA originally proposed banning parking in those areas for residential buildings; it dropped the idea after receiving criticism that such a restriction could lead to more above-ground parking or curb the amount of housing that could be built.
Click to expand...

Eliminating parking minimums would've been a nice gesture instead....