I honestly feel like Portsmouth is the only NH city that is really doing "urban" right. The new developments in Nashua and Manchester are far too suburban looking and often miss opportunity.

Apparently most residents hate surface parking and strip malls as much as the people in this forum. I guess the cities NIMBYs finally figured out they're not in the majority.
B

If only they could get commuter rail.

bolehboleh said:
If only they could get commuter rail.
Click to expand...

I believe the ROW exists, considering there is active freight rail. just with amtrak serving Dover, C&J providing bus service to south station and logan from portsmouth, and NH not funding any rail projects ( the downeaster stops in nh received no funding from the state) a business case can't be made until we have a higher population here.
F

Jouhou said:
I believe the ROW exists, considering there is active freight rail. just with amtrak serving Dover, C&J providing bus service to south station and logan from portsmouth, and NH not funding any rail projects ( the downeaster stops in nh received no funding from the state) a business case can't be made until we have a higher population here.
Click to expand...

That's the Portsmouth Branch out of Newfields. Merges in with the Eastern Route at the freight yard, then splits in half at Sarah Long Bridge: Eastern Route goes over bridge and turns out into Navy Yard spur (new Sarah Long Bridge will also have rail), Newington Branch continues on the NH side to the gas tank farm at Bloody Point along US 4. That whole Sea-3 gas transload controversy that's raging in Portsmouth is about a humongous new freight on the Newington Branch. Pan Am's upgrading all track Newfields-Newington up-to-spec for hazmat loads and will be expanding to 6-day-a-week freight schedule out there when that facility opens.

Unfortunately, junction with the mainline at Newfields points the wrong direction for commuter rail. And schedule from Boston would be godawful long and scoop too little ridership between Plaistow and Newfields since it bails out before Durham and Dover. I would put chances very remote of it happening on the active rail.

For what it's worth, Seacoast MPO did a study in '01 of restoring service on the Eastern Route out of Newburyport. Those towns have been aggressive about making sure the ROW gets preserved for future commuter rail use and that any trail on the recent abandonment Hampton-north portion they're still negotiating to buy from Pan Am gets designed from Day 1 to be compatible with rail-with-trail. Rail w/ trail shouldn't be hard since it's pretty wide and goes through a whole lot of forest between North Hampton and Portsmouth. Seacoast has got a sustained passenger rail advocacy that the rest of the state lacks. Unfortunately they're beholden to the same bipolar Legislature and Governor's Council, which can't even get its stories straight on Nashua/Manchester CR. So all that advocacy is still going to keep them waiting 30 years of worsening I-95 traffic before anybody lifts a finger. Wouldn't look for more than an updated study these next 10 years.

It's dated because the '98 Rowley-Newburyport extension was only a year old at the time data was collected, and a generation ago in terms of Eastern Route ridership and Seacoast population growth.

The big thing the extension would have going for it is a FAST trip to Boston because the Newburyport/Portsmouth branch is arrow-straight past Ipswich, stations widely spaced, and trains able to hit long stretches of max track speed between stops. Study quoted 1:30 on an all-stops local with 70 MPH speeds on the Newburyport/Portsmouth branch and max number of NH intermediate stops. That's faster than the Worcester and Fitchburg Lines. Since actual max authorized speed north of North Beverly is 79 MPH the real schedule probably shrinks into the mid/low 1:20's. Enough to stay within tolerance even if the privately-developed Lynnport replacement for Riverworks got built, and the long-desired Salem State U. infill got built. Would go faster still if the T can do anything to fix the Chelsea slow zone that every Newburyport/Rockport schedule carries as painful deadweight. Being able to extend all Newburyport locals without having to initiate new mix/match semi-expresses keeps the equipment and ops costs relatively efficient; the only new trainsets needed are for re-balancing the same schedule for the longer running distance.

Ridership projections by Seacoast MPO were way lowballed. Like...so extremely lowballed I can't make sense of what the MPO was thinking. Even taking into account that it was a generation of growth ago, seems like their counting methodology may have had some flaws. A more thorough re-study in this growth era probably cranks those numbers up considerably.

Bridges drive up the costs, but it's not horrific if they can keep contractor bloat from killing them. If NHDOT ever reaches go-for-it mode MassDOT probably agrees to it. Fed funding pot gets a lot bigger when such a project goes interstate, and MA would get a bigger share of that since this is primarily NHDOT-led.

Total capital costs in the study are implausibly low, even post-inflation. $250M split between the states seems more like it if NHDOT's cost control is better than the T's. For the mileage involved, that's right about what it should be. Value-wise it's a decent prospect for 20 years from now that given ongoing growth should crest in value to go/no-go decision by or slightly before 2030.

Alas...if it weren't for the zoo up in the state house in Concord and a whole generation's worth of transportation funding being pissed away add-a-lane'ing 93. . .

For now you all can take c&j up here! I'd prefer rail but the bus service is good.

New buildings near memorial bridge nearing completion, more projects set to break ground soon, harborcorp project still tied up with Nimby lawyers. More luxury condos being constructed just outside of downtown. We have the same problem as boston, lots of "luxury" housing, nothing the average person can afford.

This is happening. I'm surprised this moved along so quickly.
Demolition of the old Gary's beverage is done, they're working on the new roadway now, construction of the new garage and probably some of the new buildings likely to start this summer. To people who know and love Gary's, they opened a new small convenience store on bridge street and a new large location on the route 1 bypass.

The harborcorp./ north end project is still being held up by NIMBYs from out of town. Wholefoods backed out from the project, they're seeking a replacement tenant, preferably a grocery store.

The nearby 111 Maplewood project also got killed off by NIMBYs, which is sad because the site is literally just a patch of grass surrounded by parking lots.

This project should be moving along soon http://sommastudios.com/project/project4/

And 40 bridge street is partially built. Ill take pictures if I remember. I should take pictures of all the new buildings since this thread really got updated with pics. Development gets slowed down pretty bad here by NIMBYs but there has been a good bit of progress.

There's a few smaller infill residential projects that snuck under my radar and got built all of the sudden downtown as well.

Further out on Lafayette/rt 1 on the outskirts of the city they moved along quickly with this, http://http://veridianresidences.com http://nerej.com/waterstone-breaks-ground-on-portsmouth-green-and-the-veridian

Want to give my hometown a little love. Some great things have gone on in Dover since the last post in 2017. Lol.

I plan on taking pictures soon showing all the new development that is currently under construction in downtown, with even more planned. 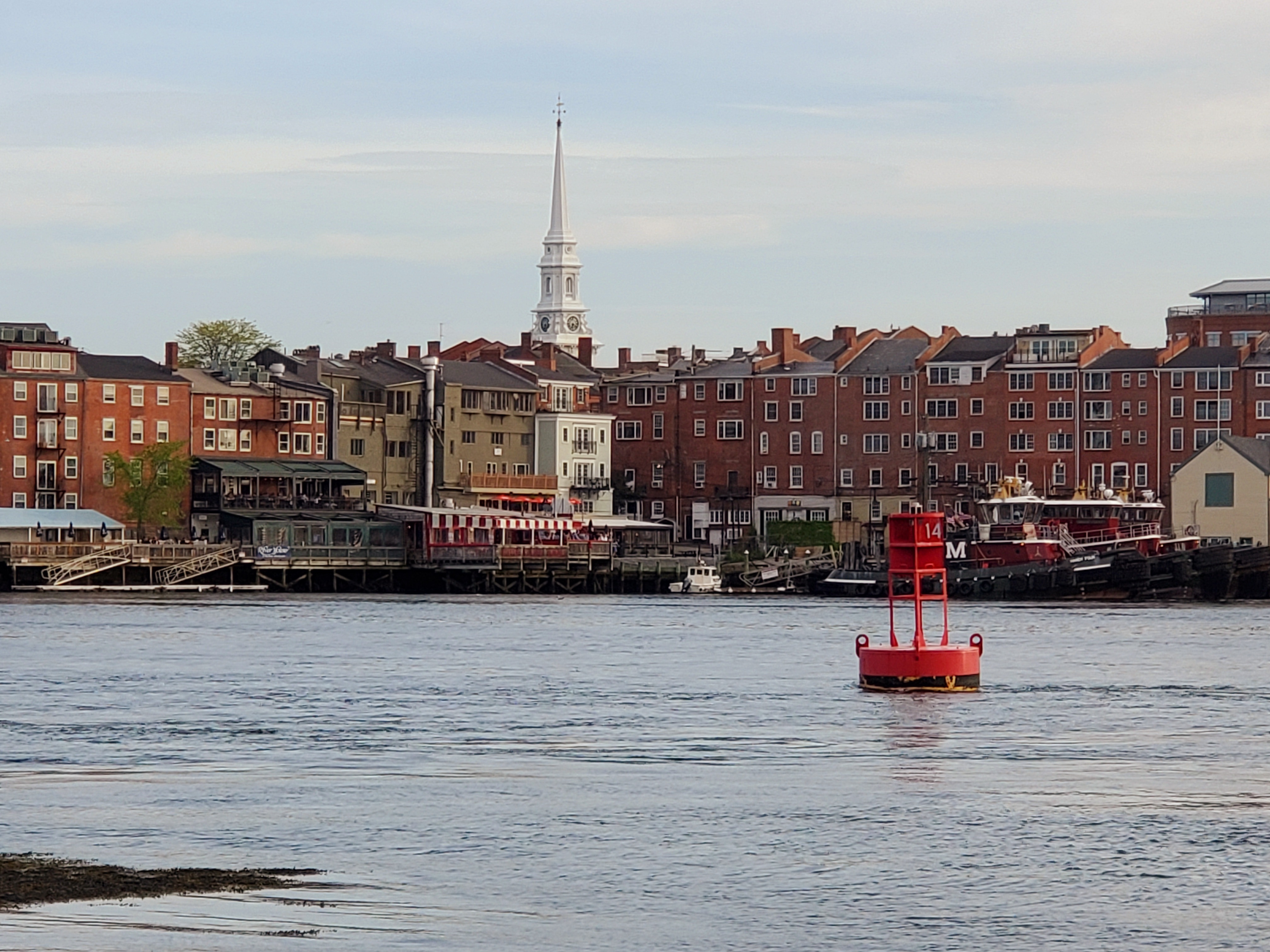 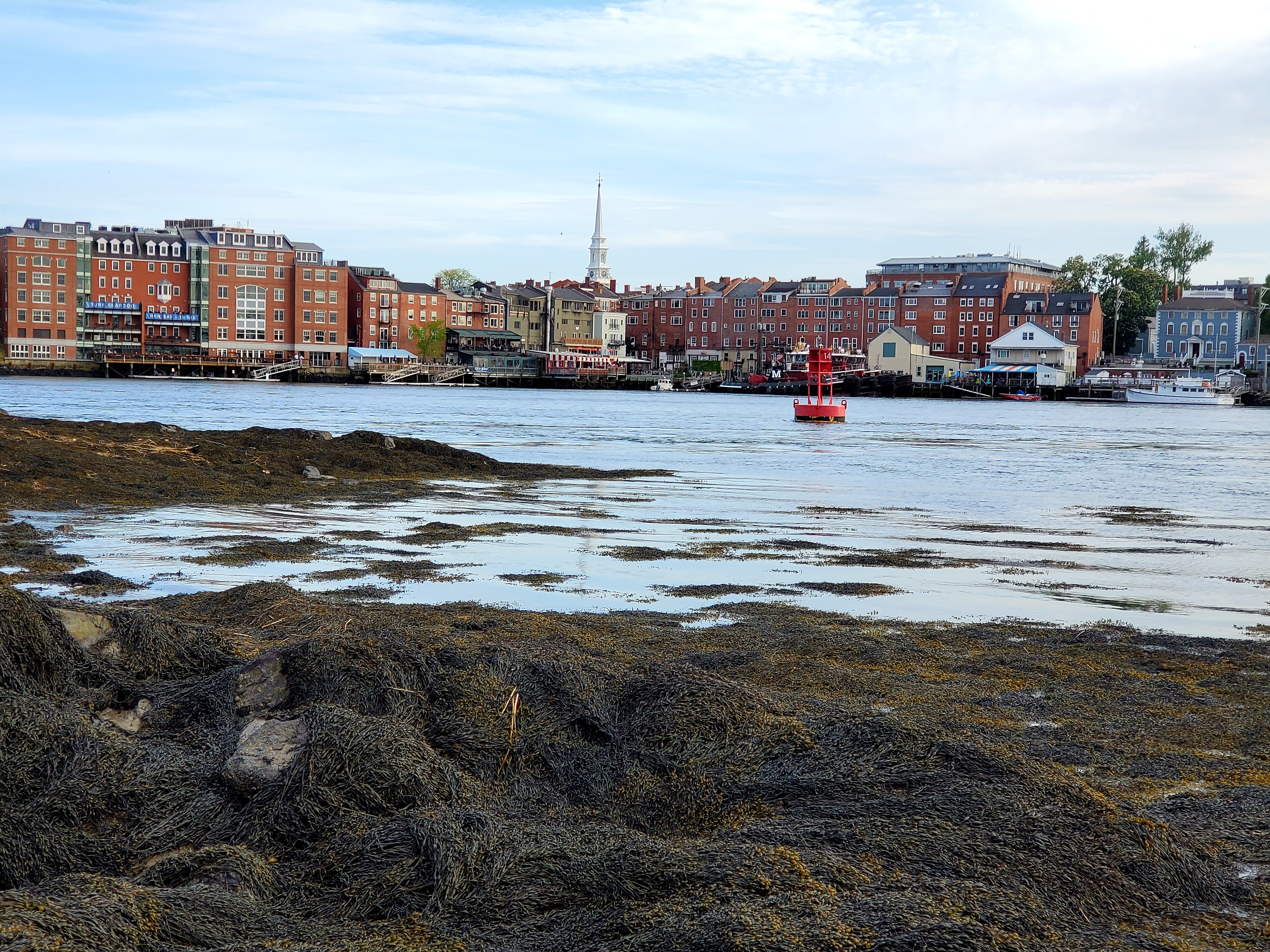 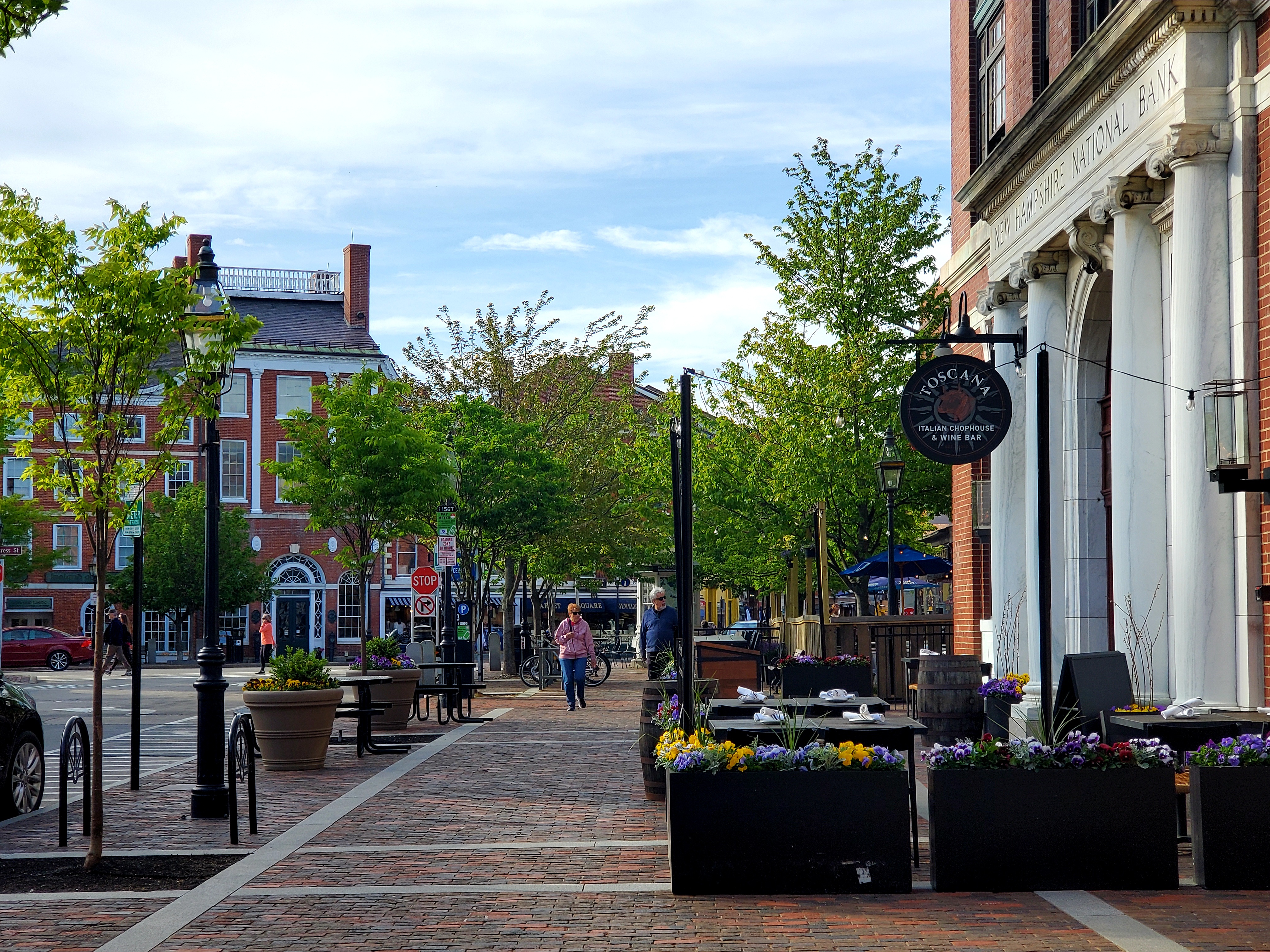 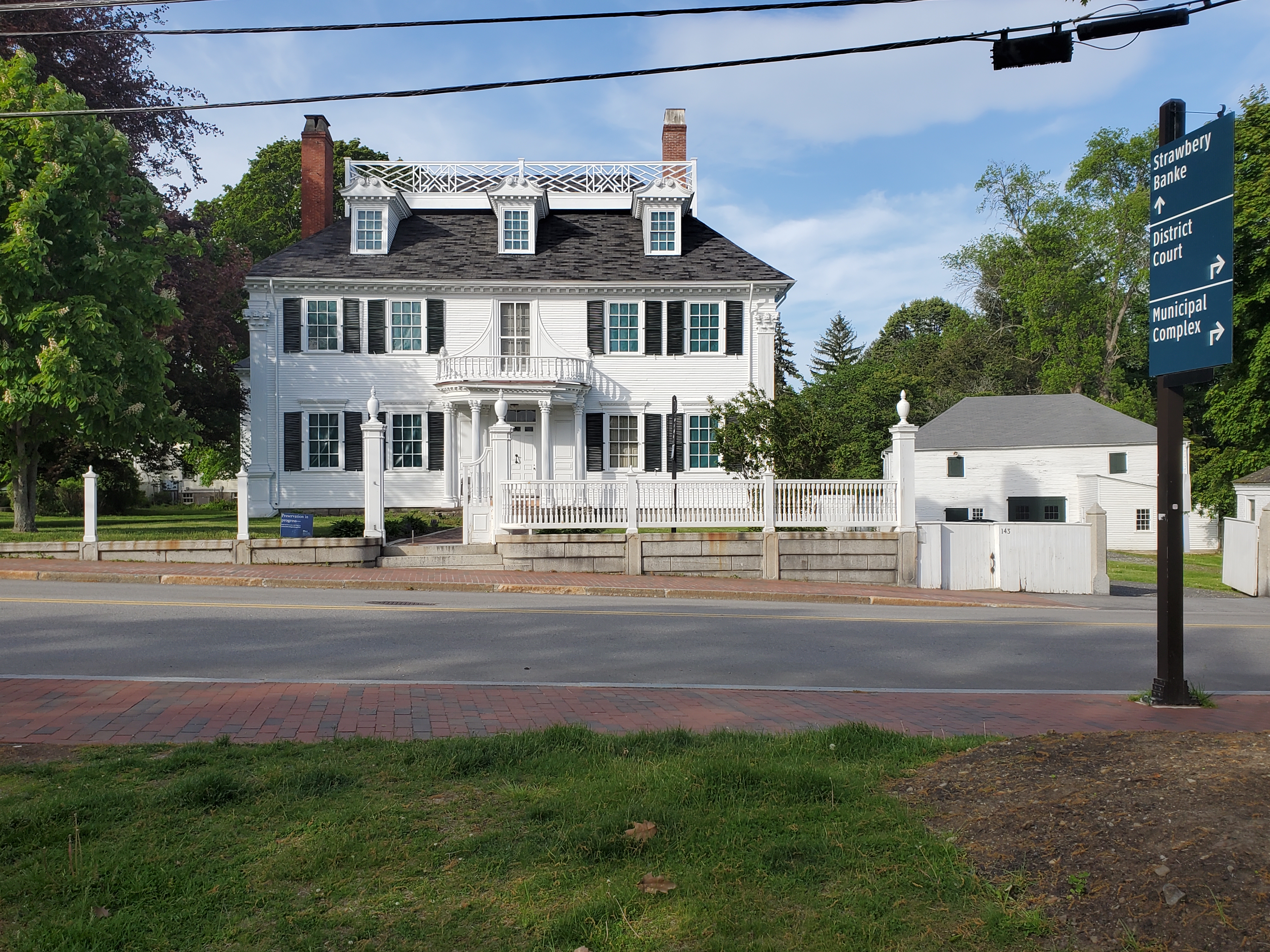 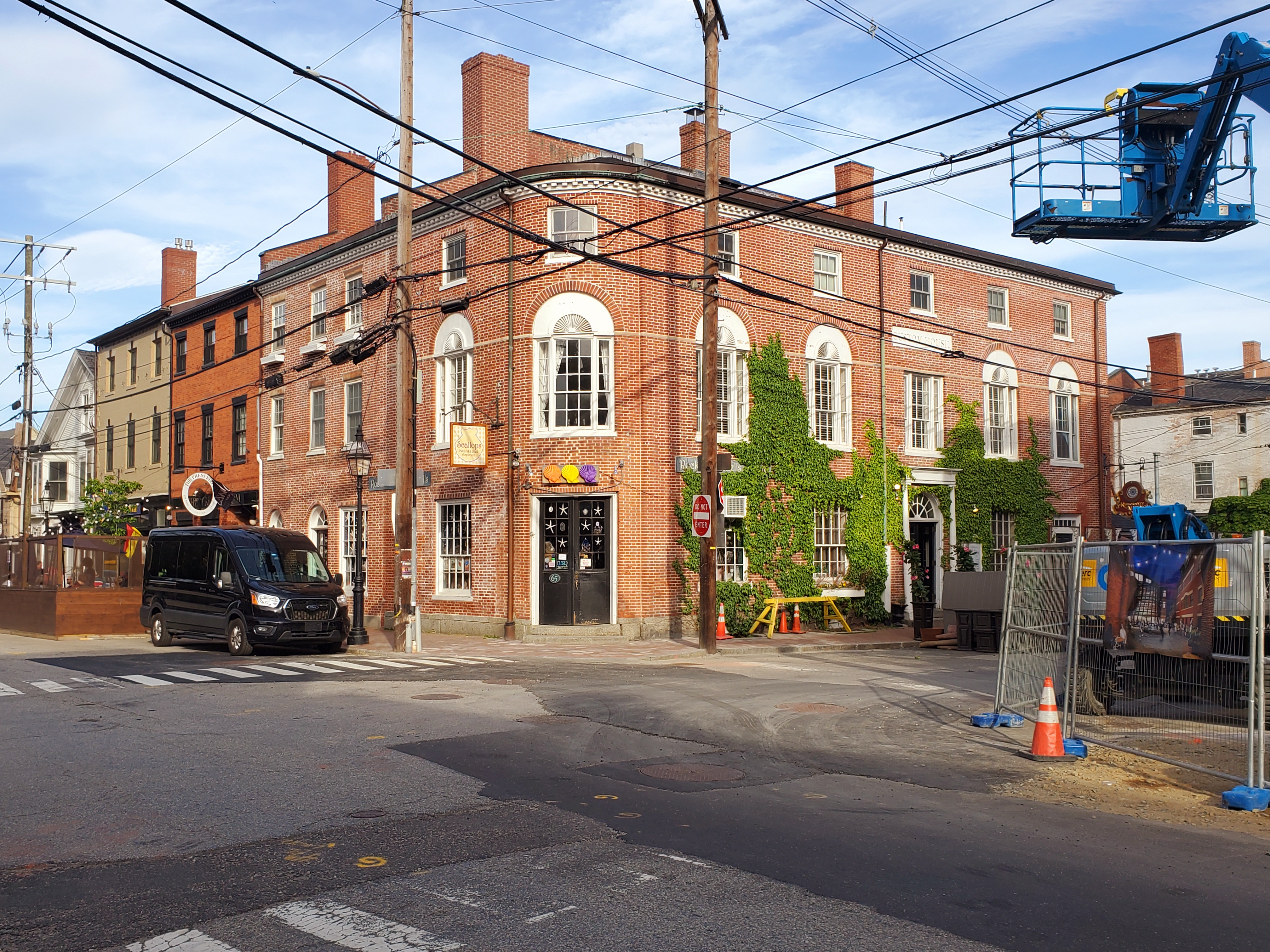 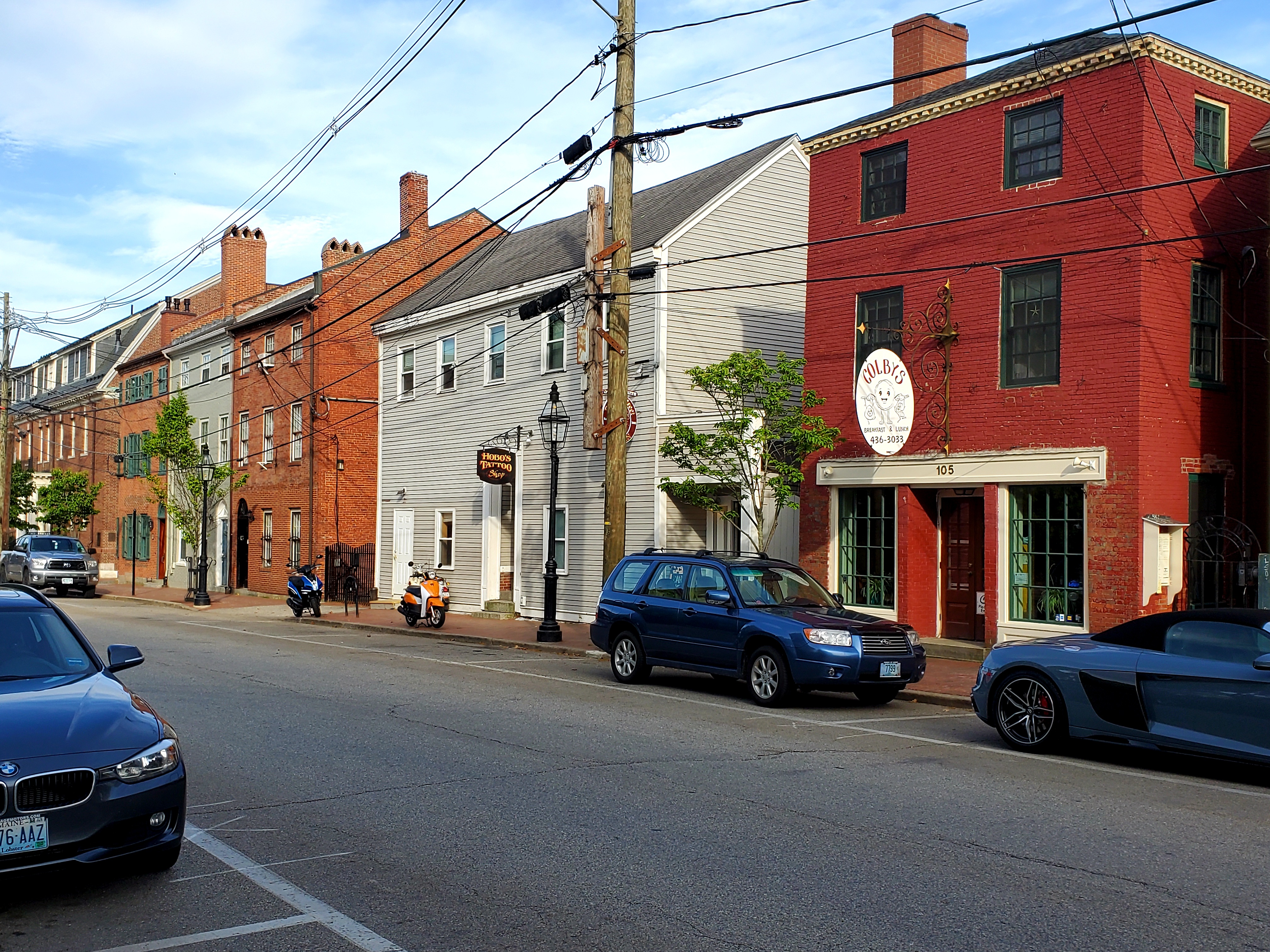 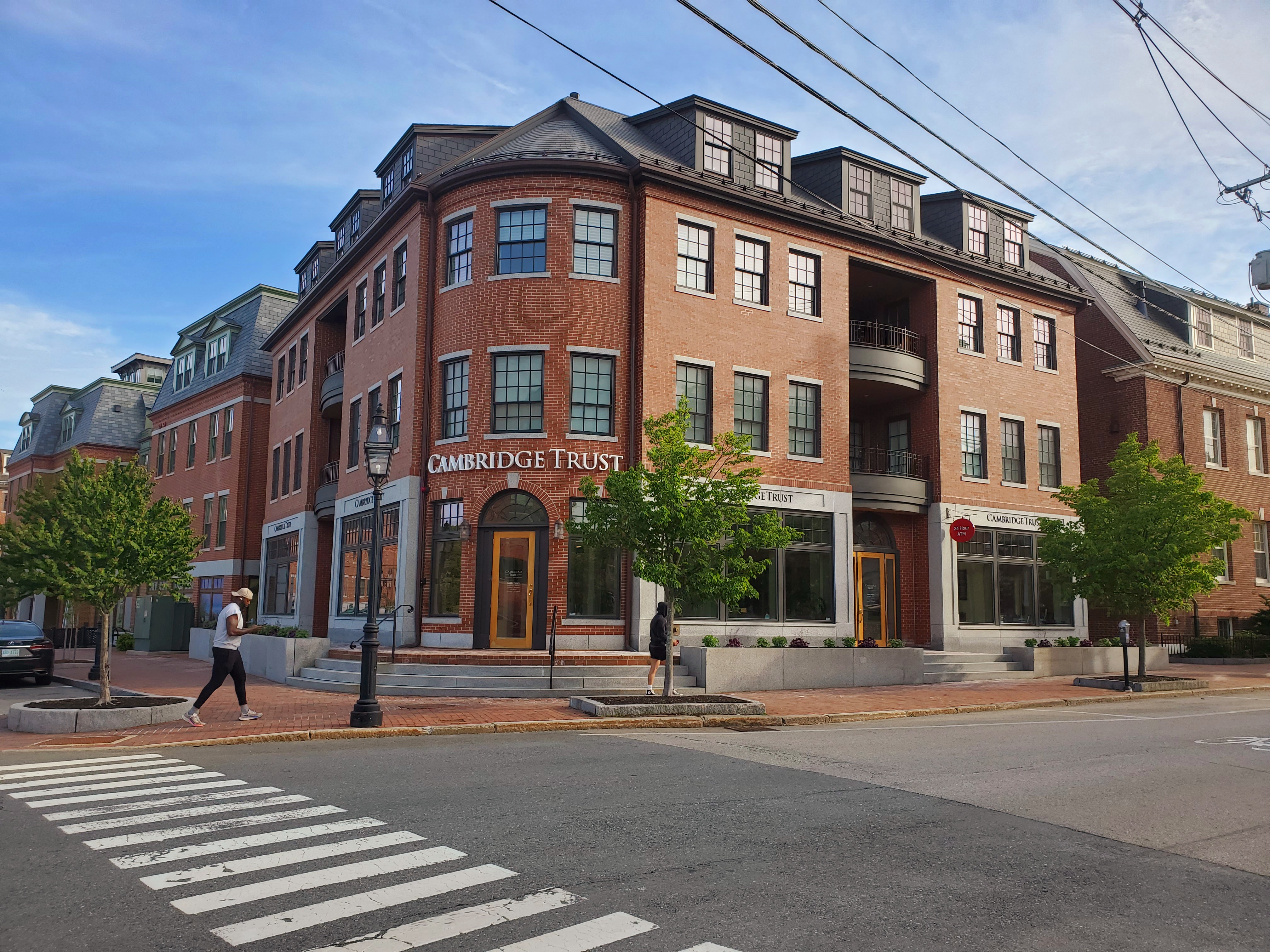 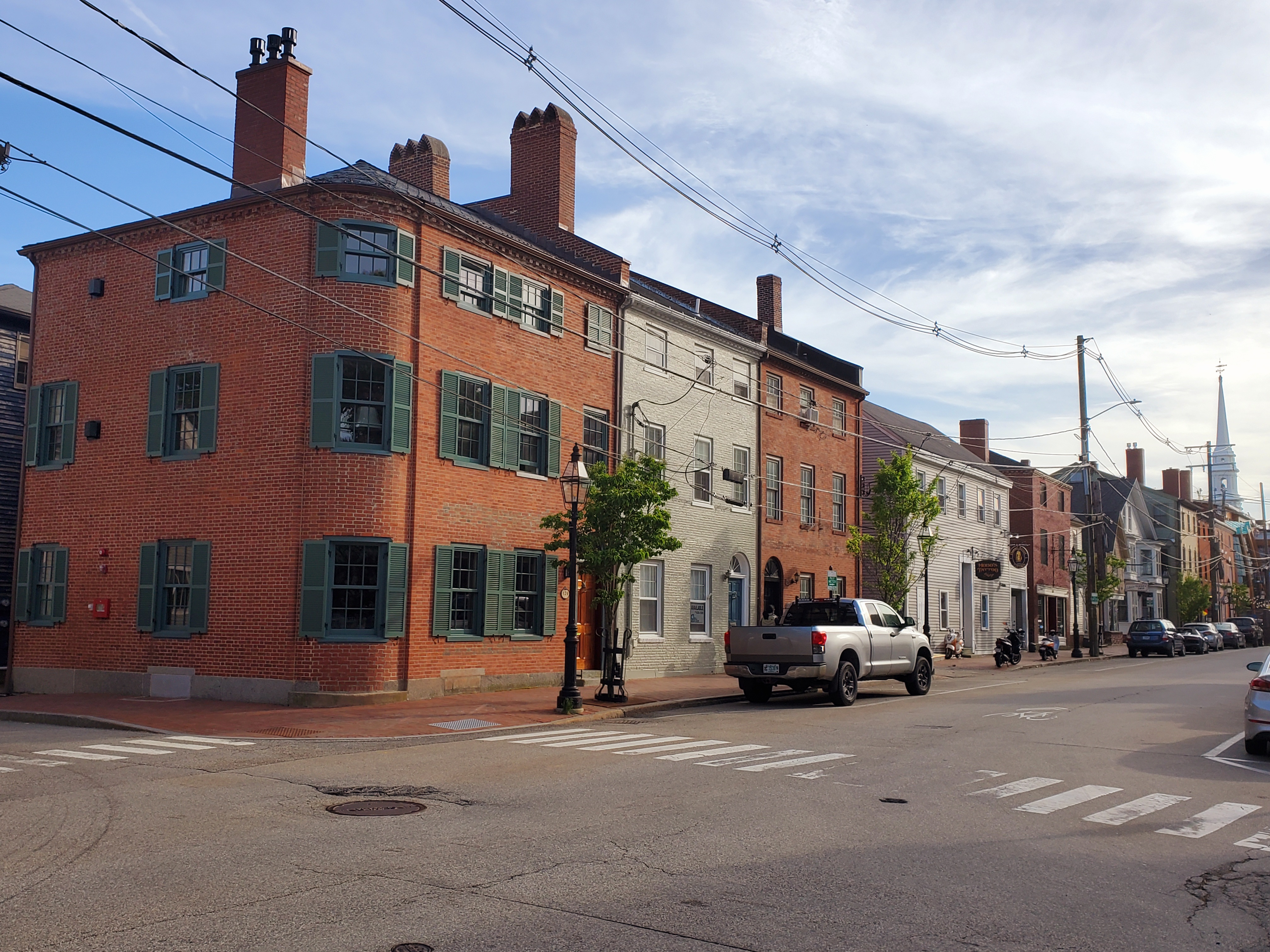 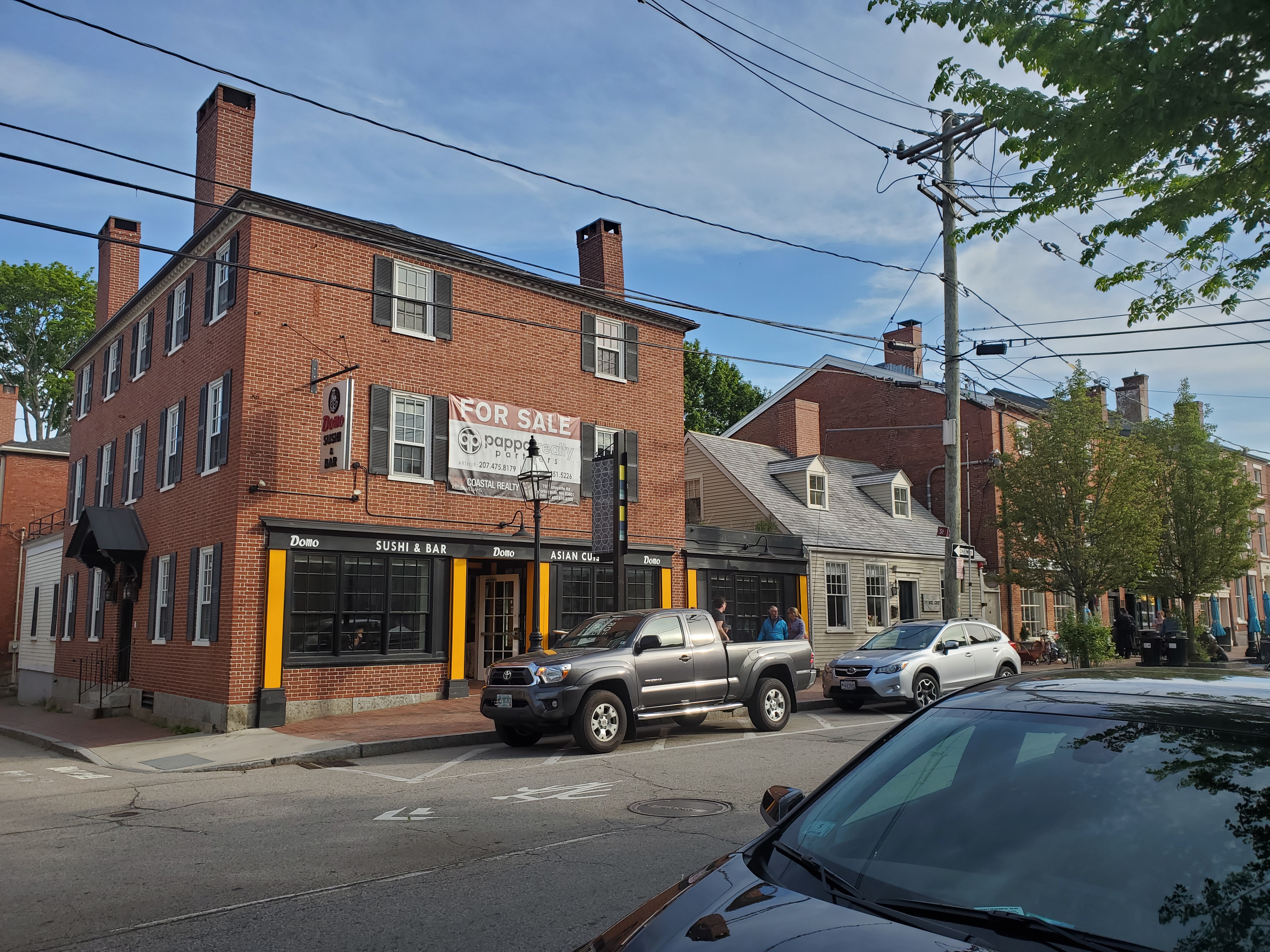 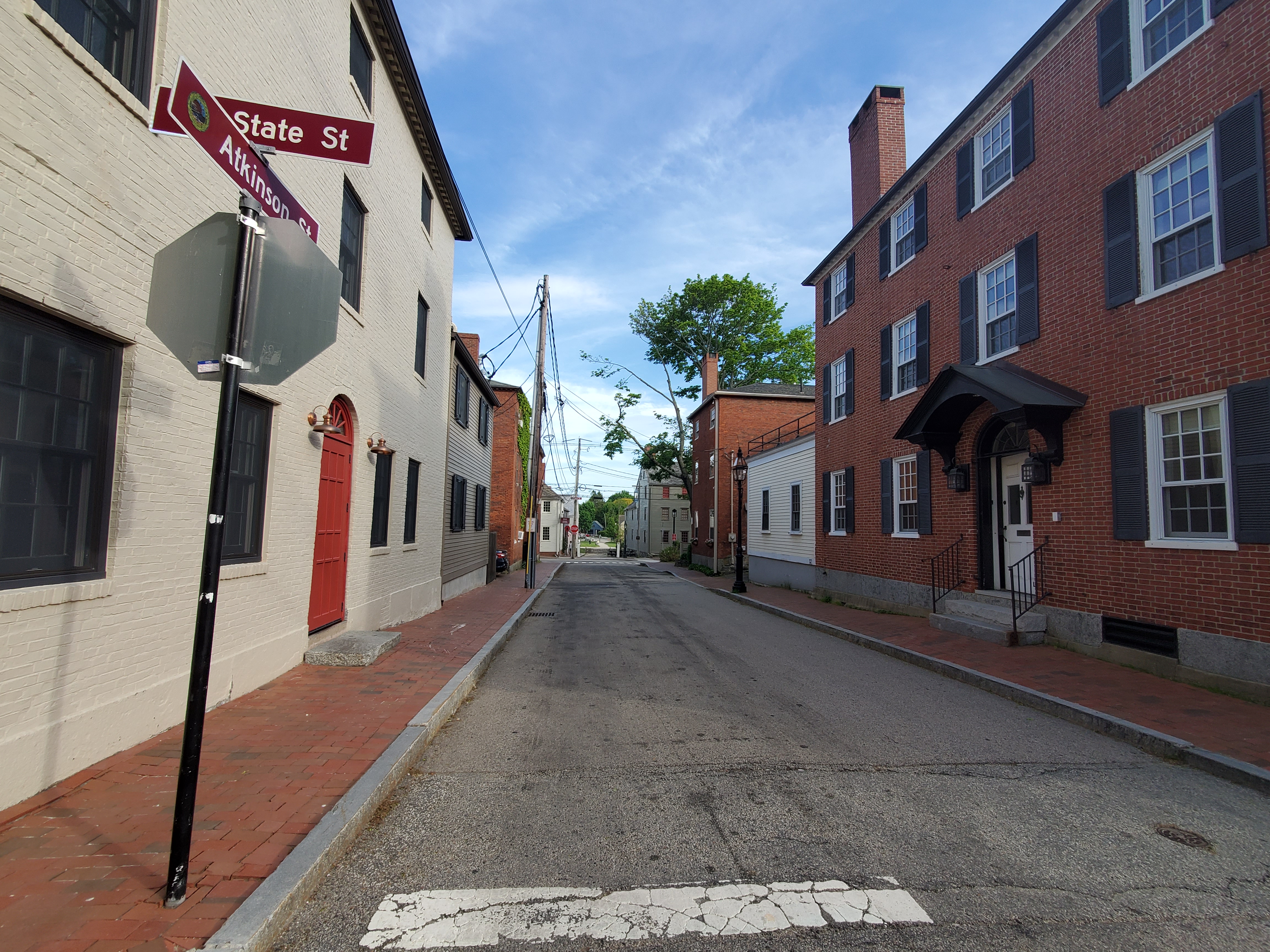 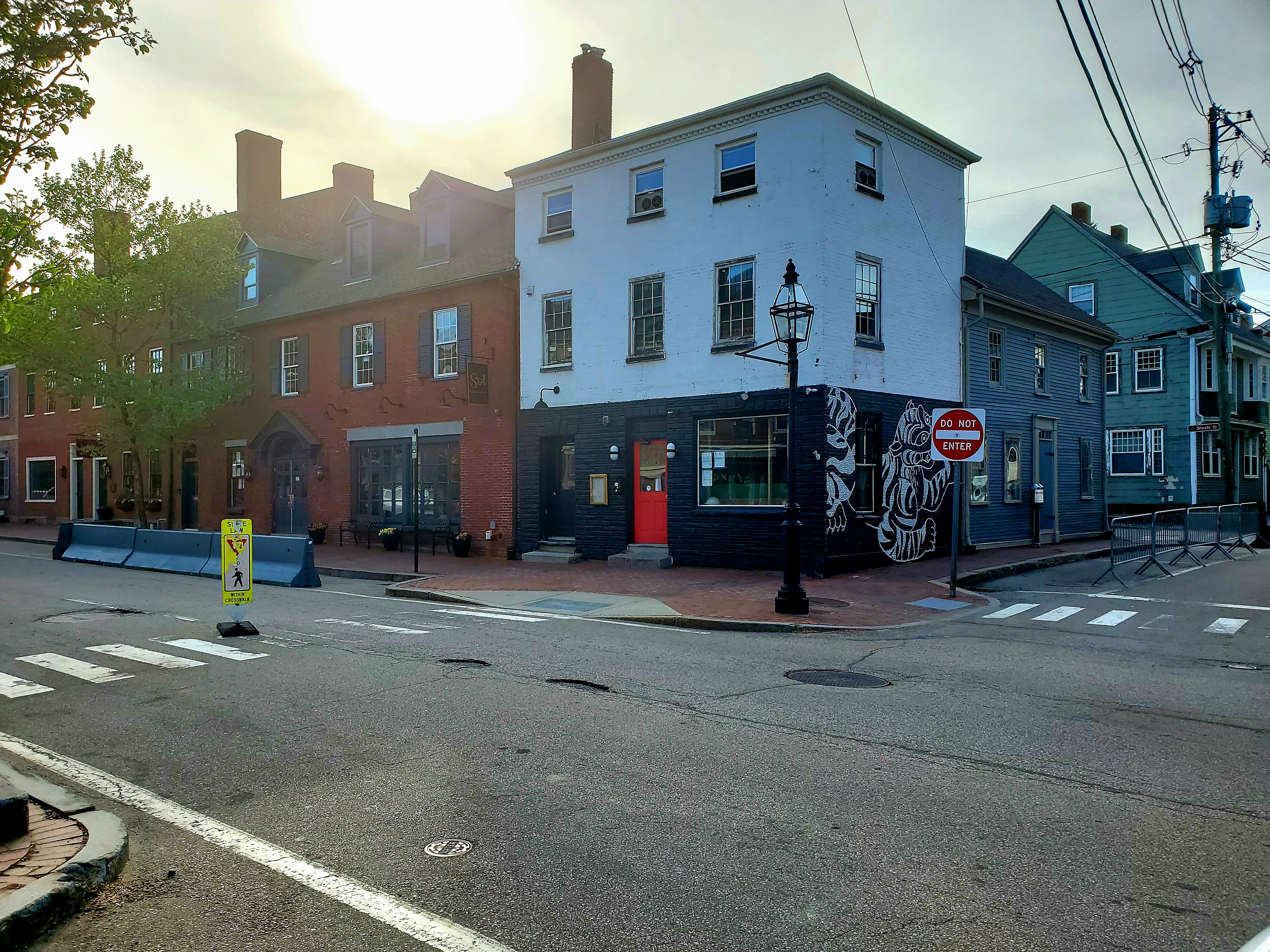 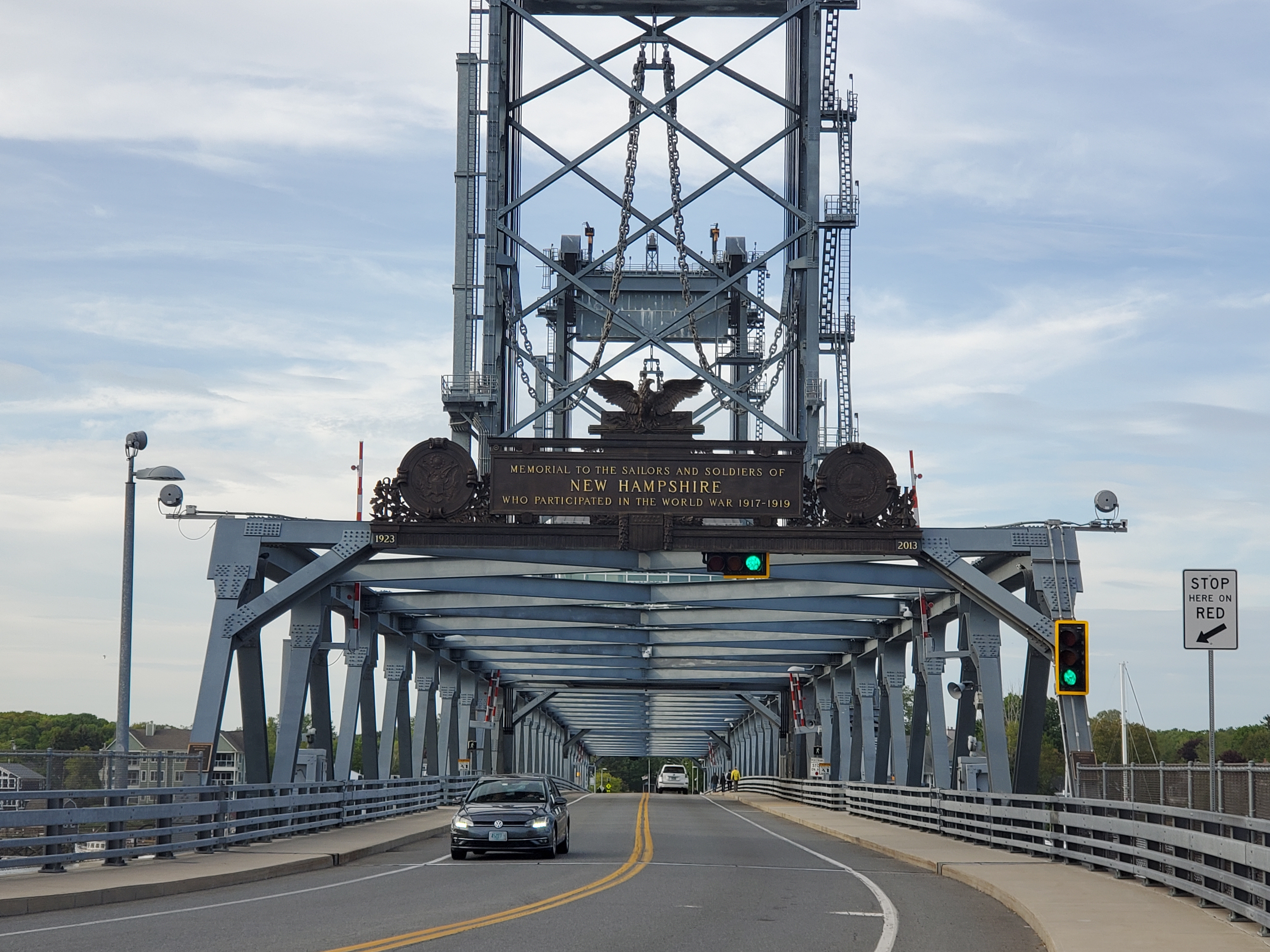 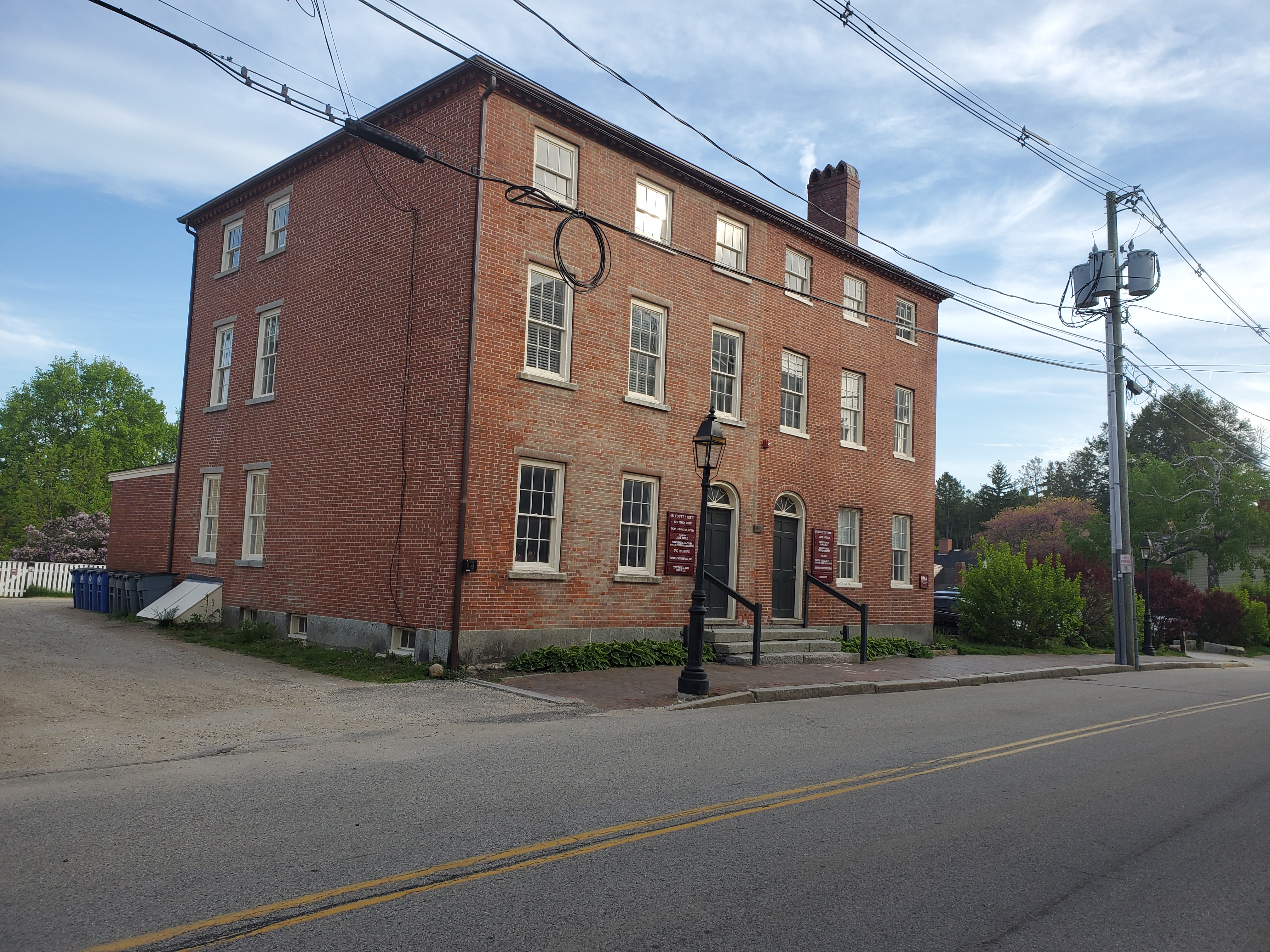 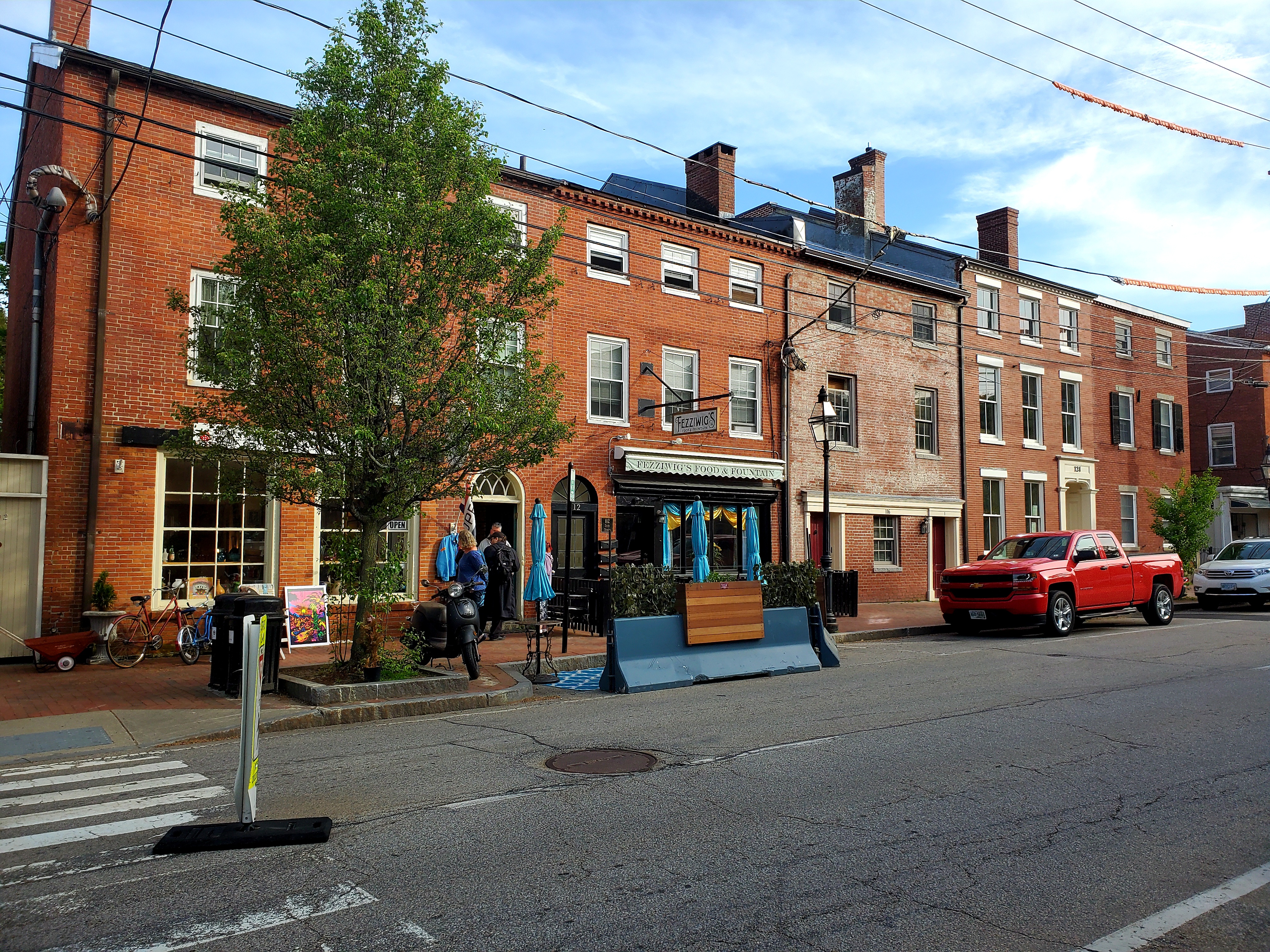 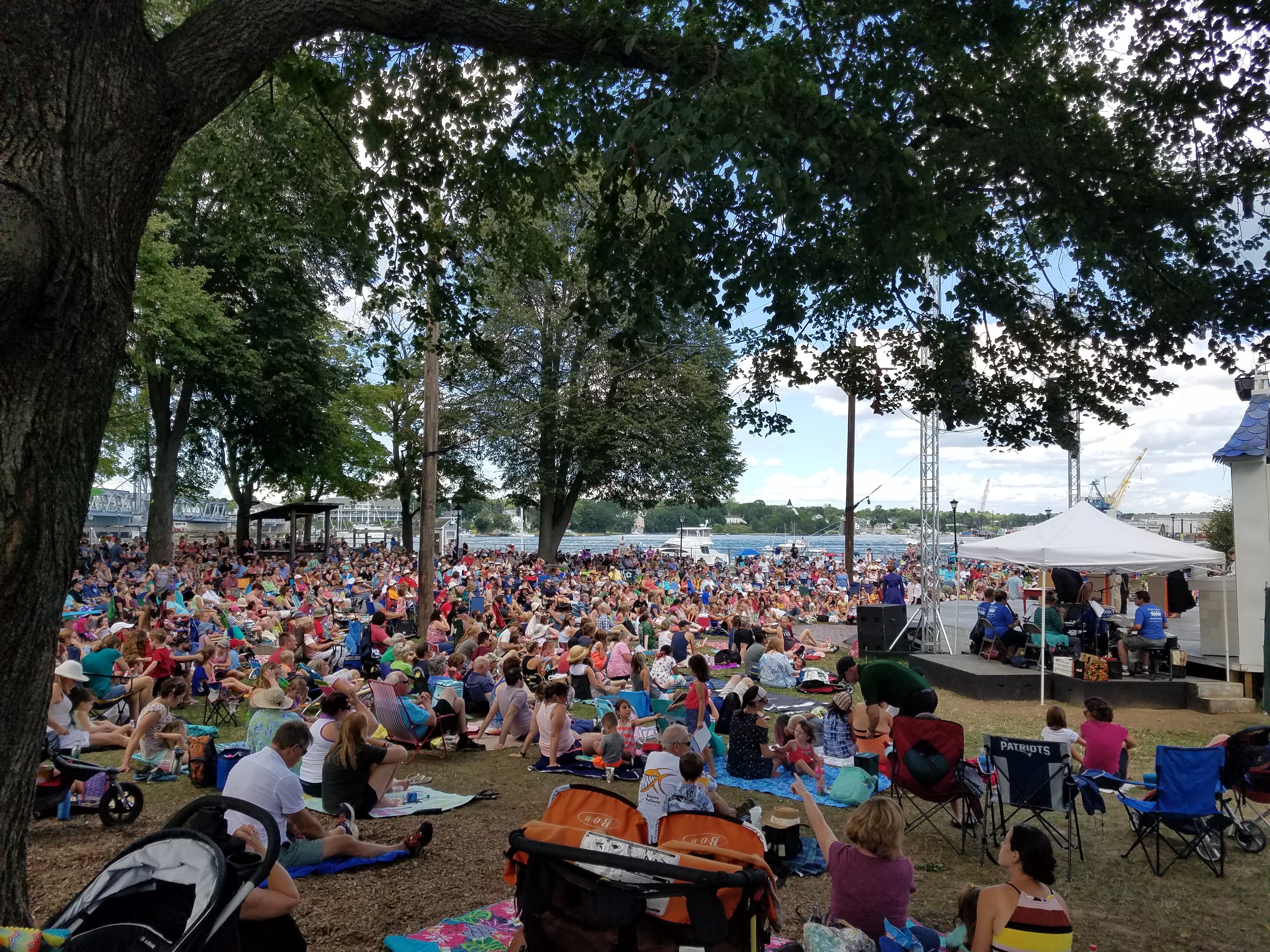 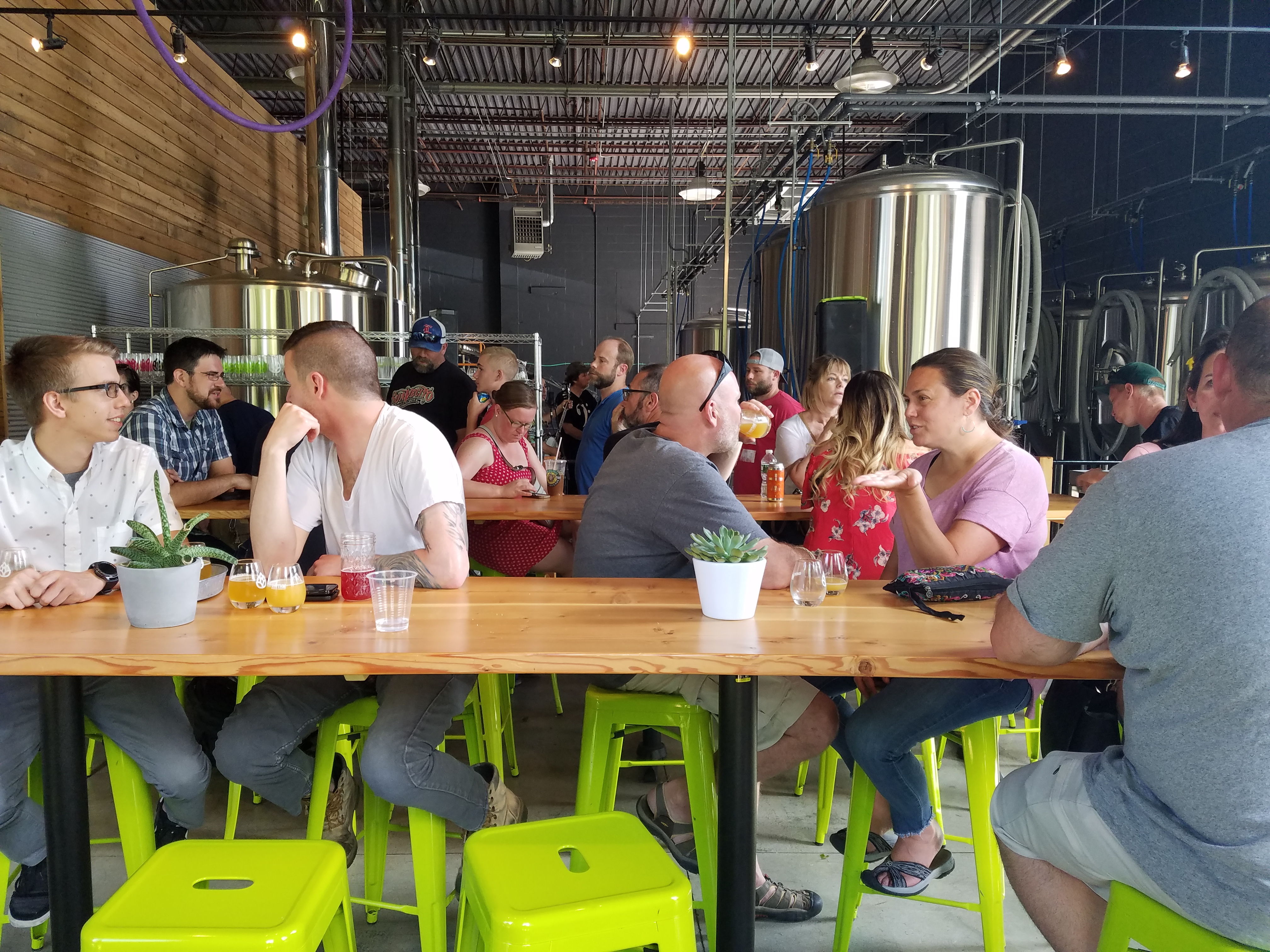 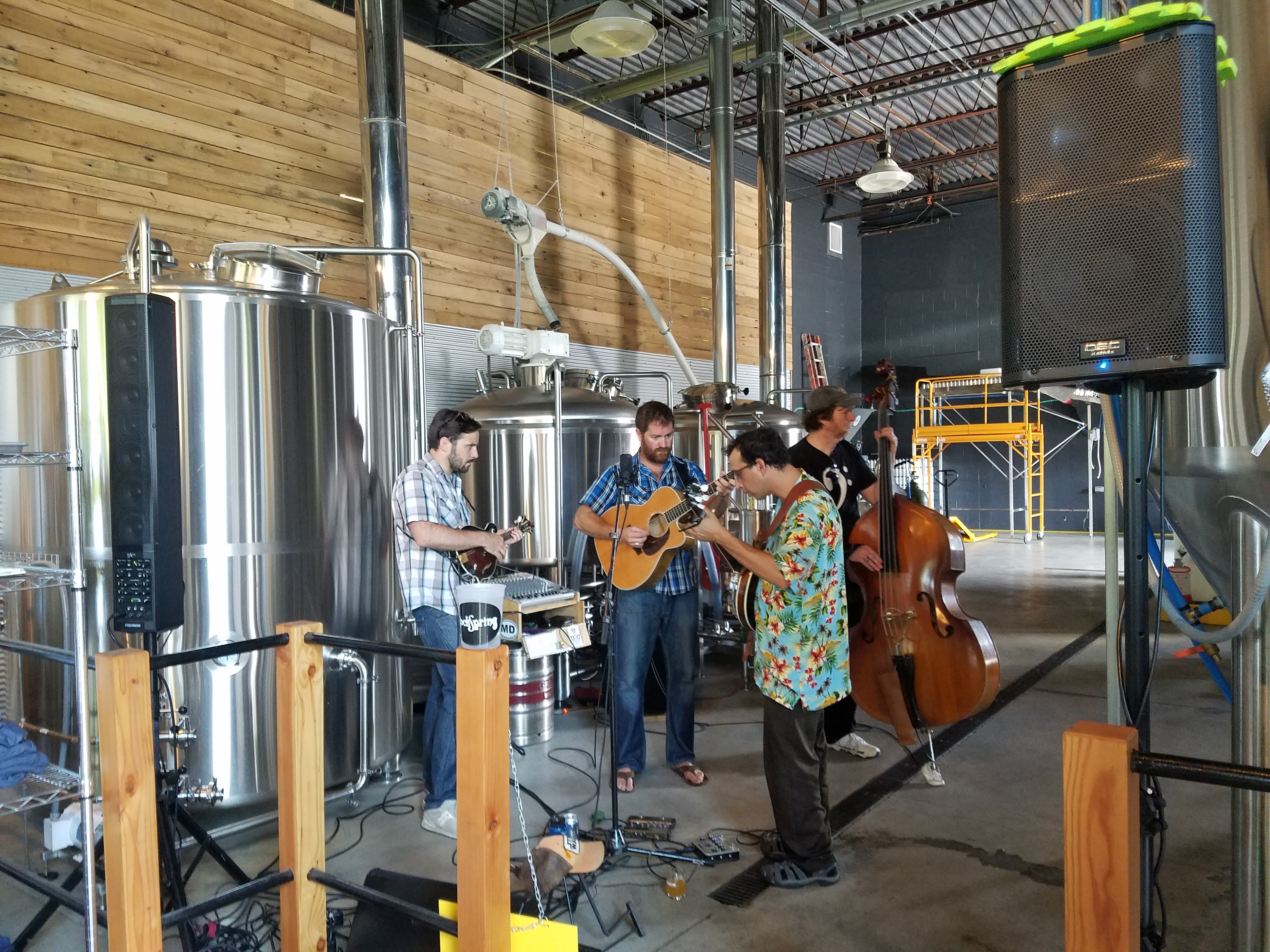 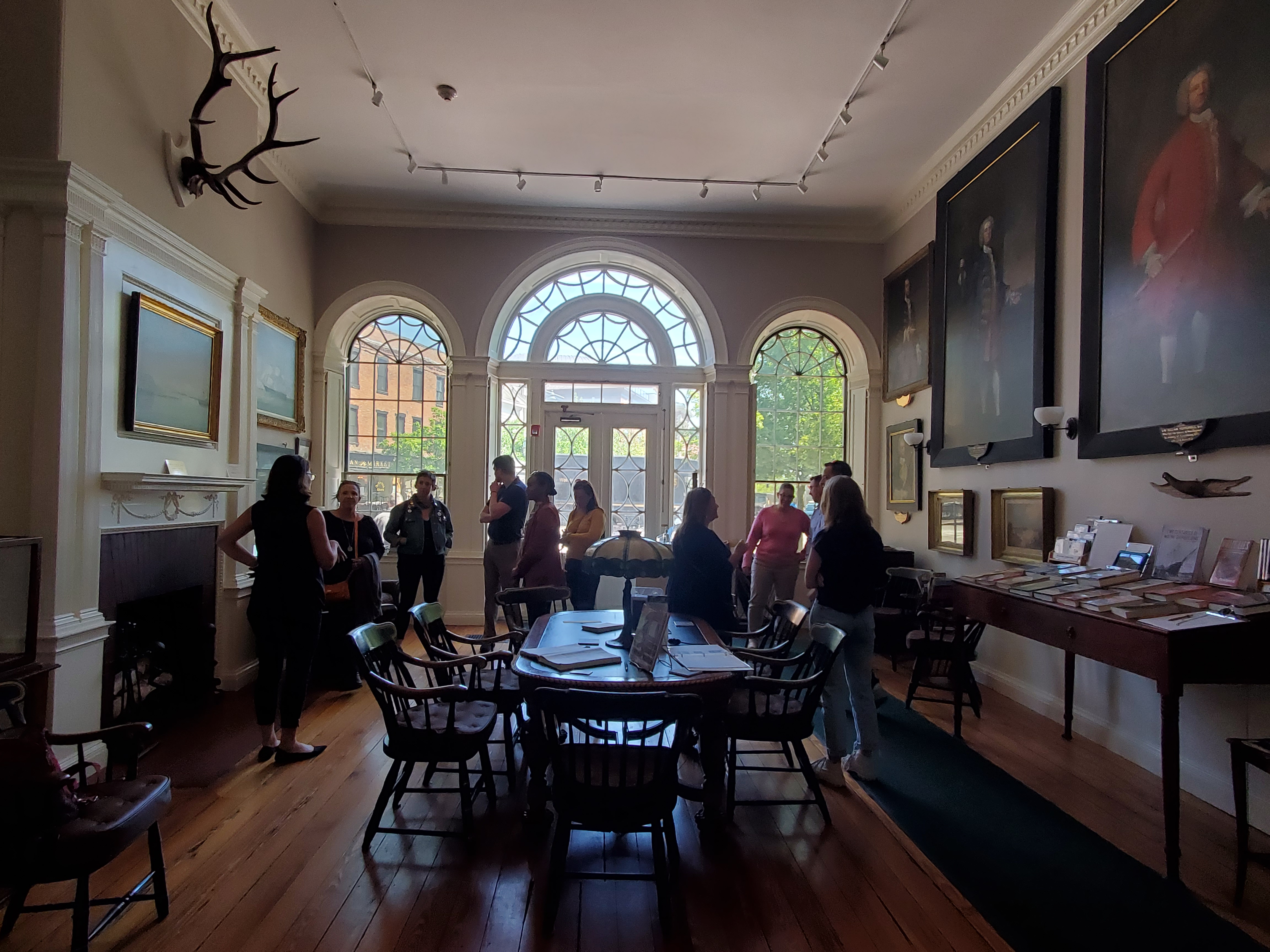 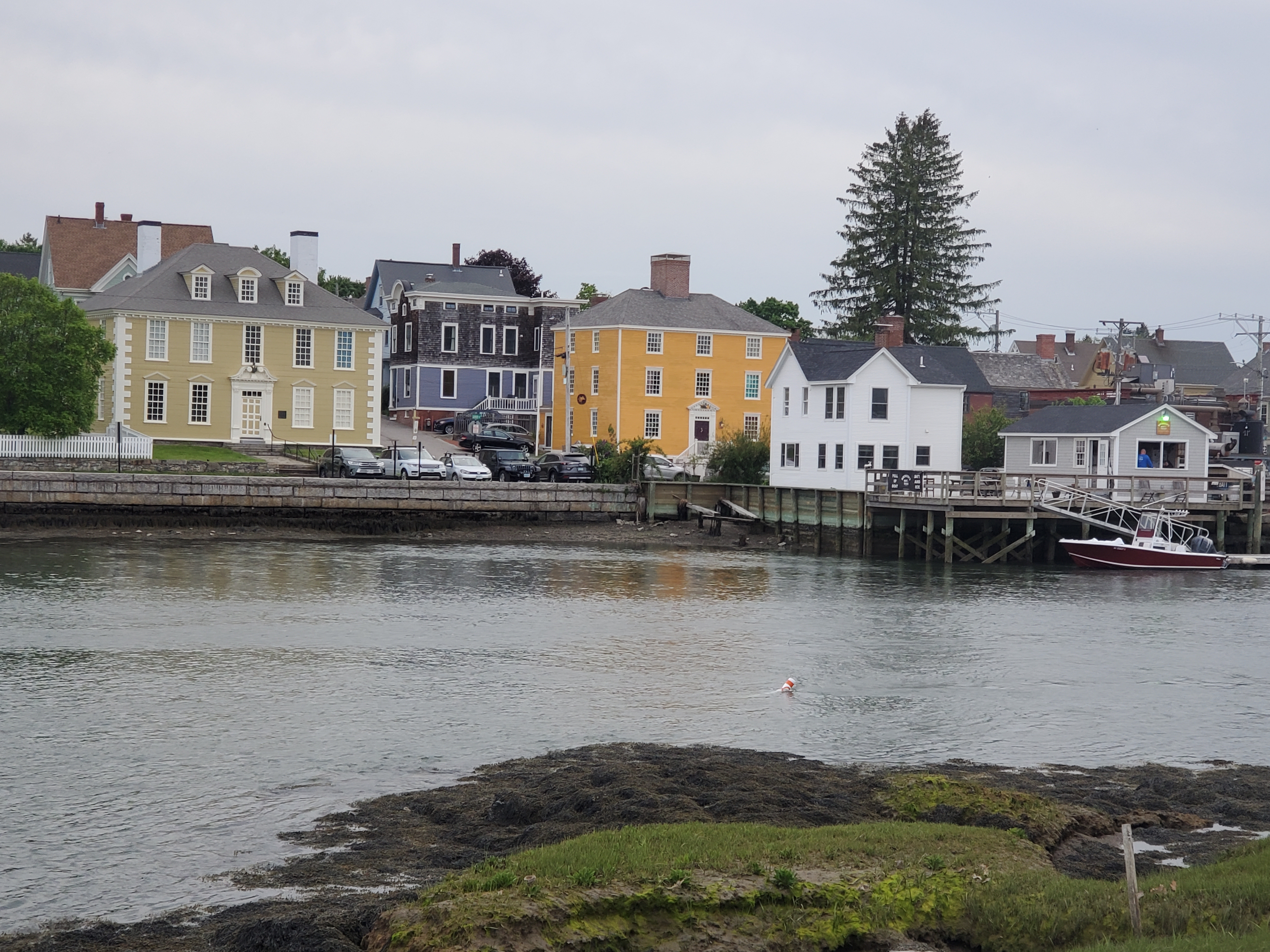 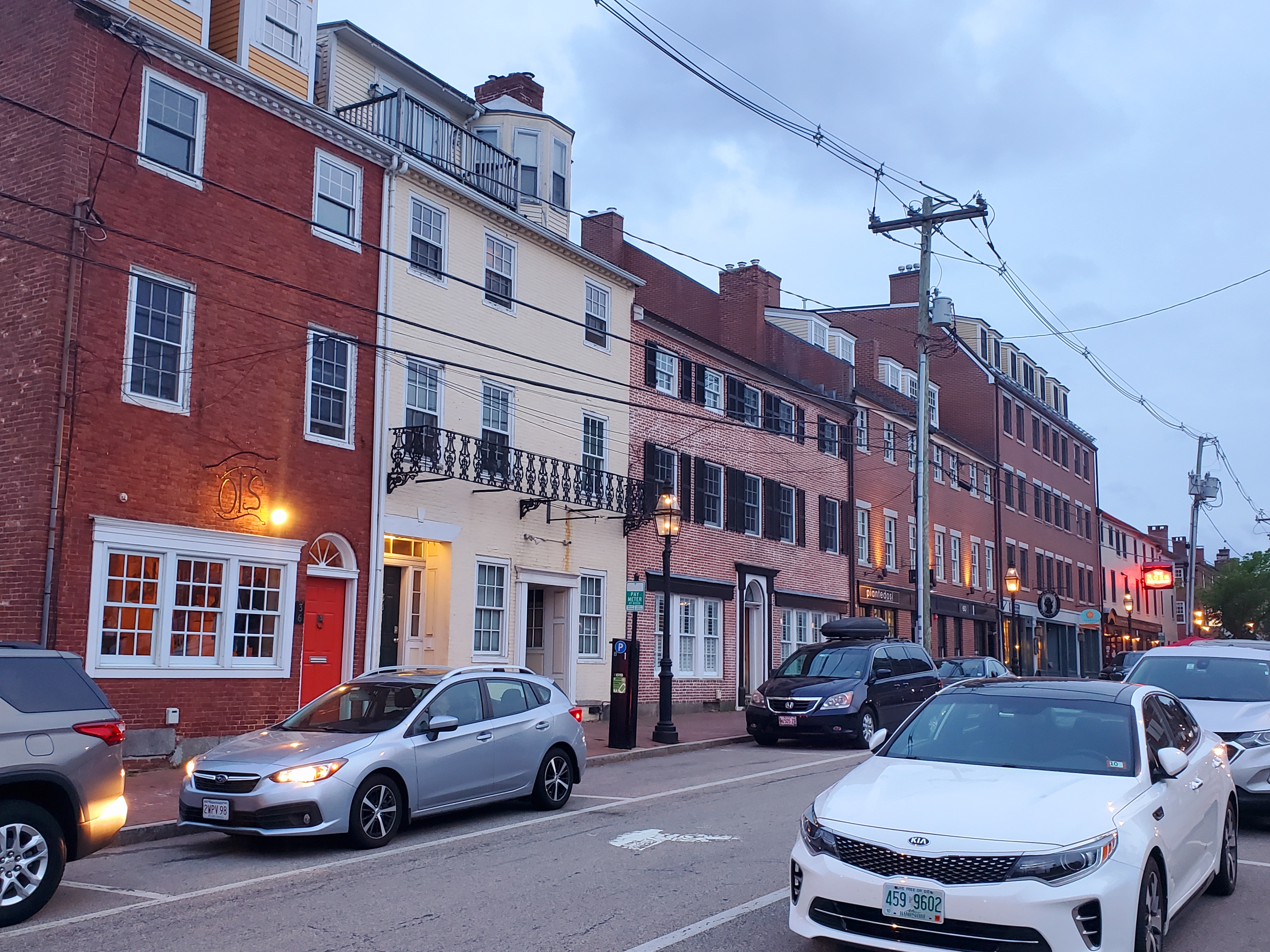 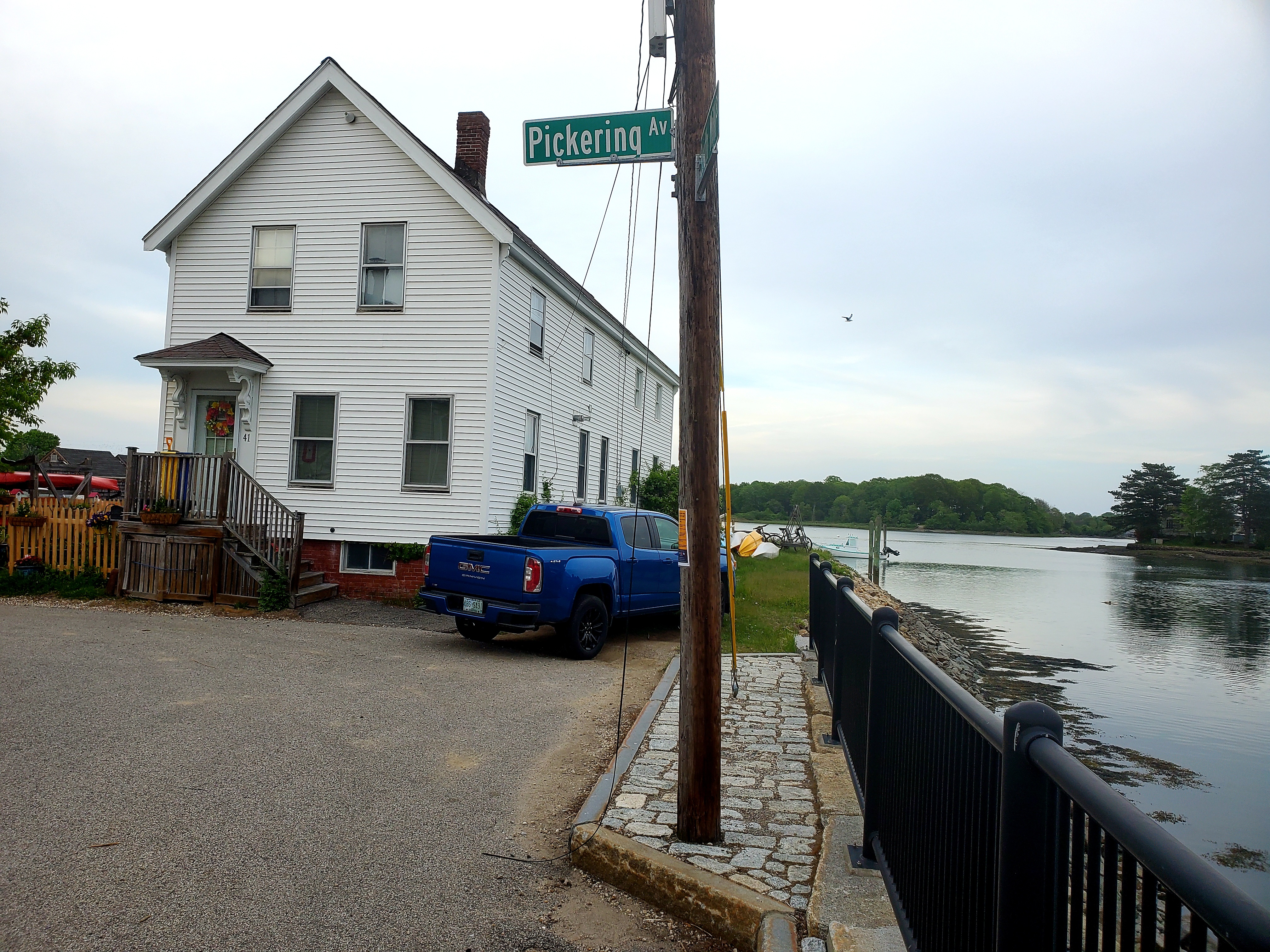 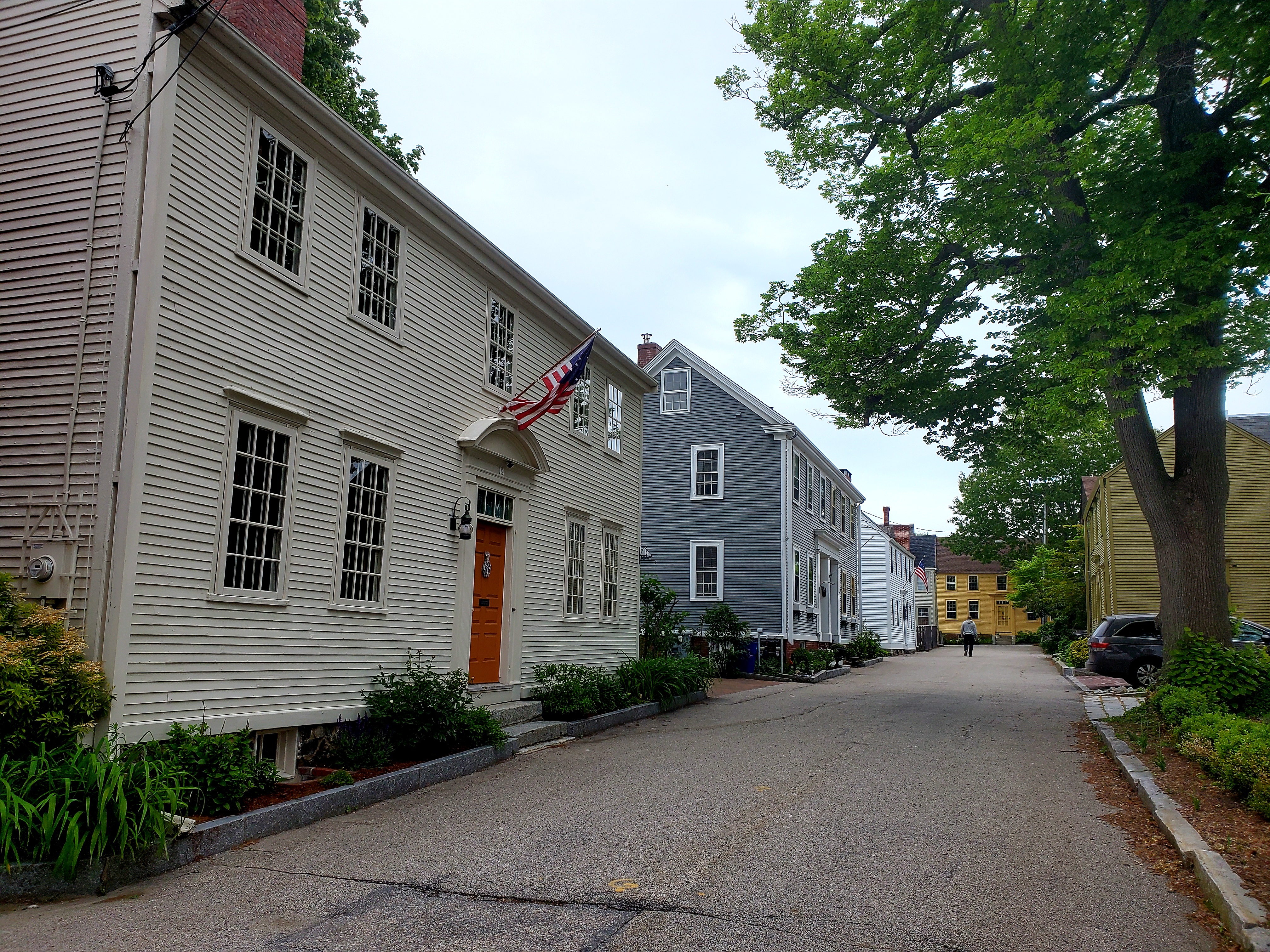 Some of the newer developments -- 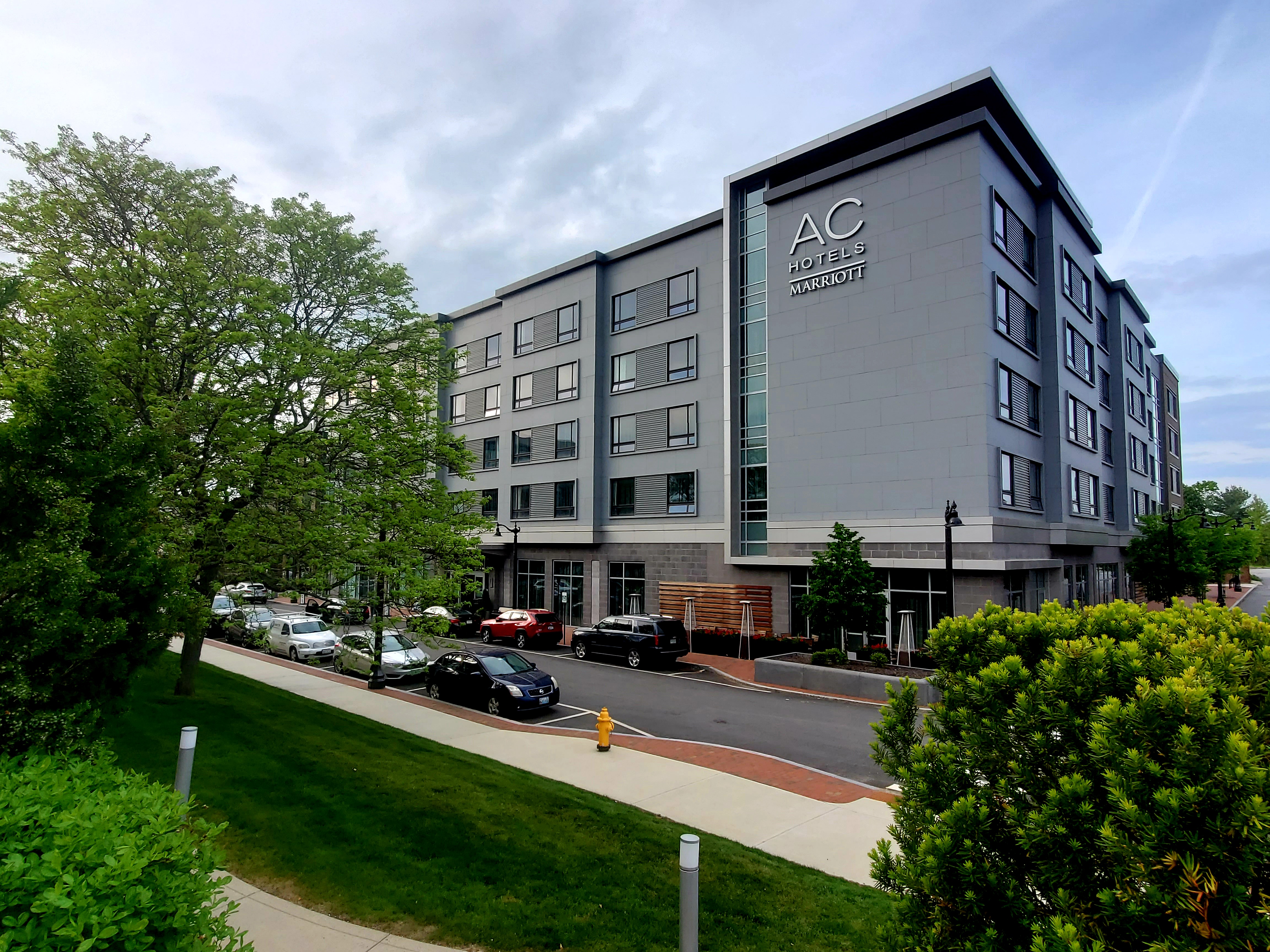 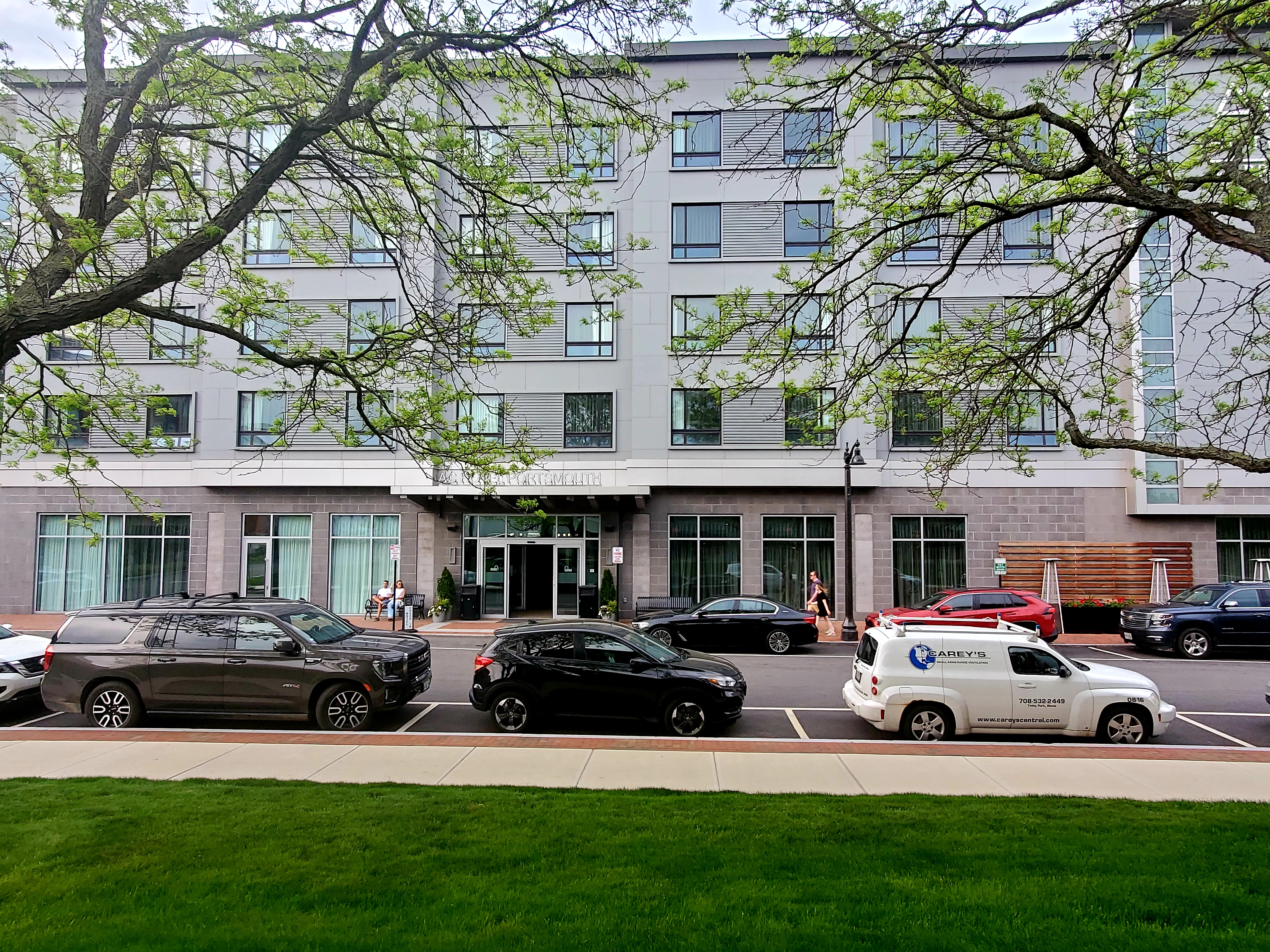 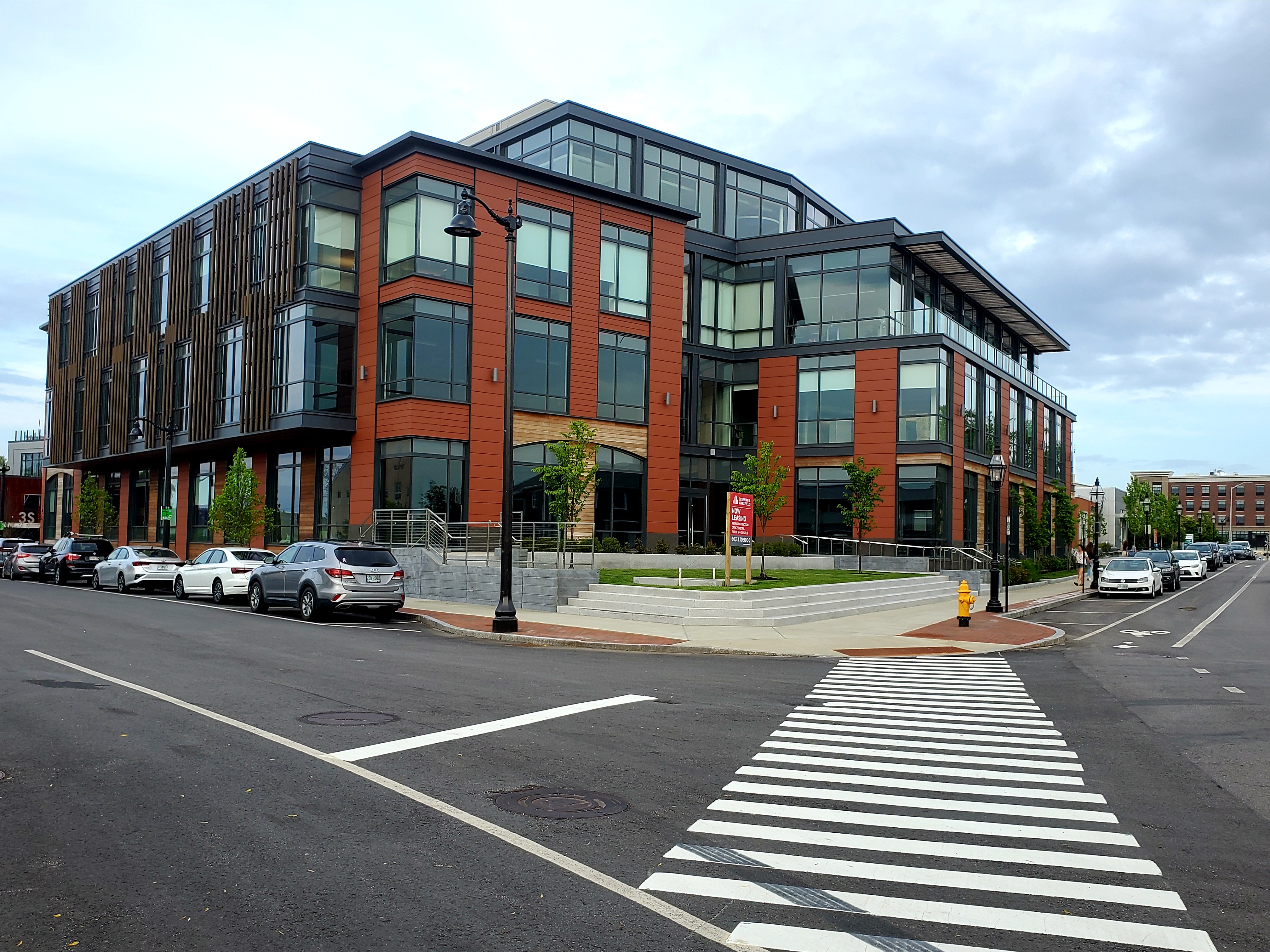 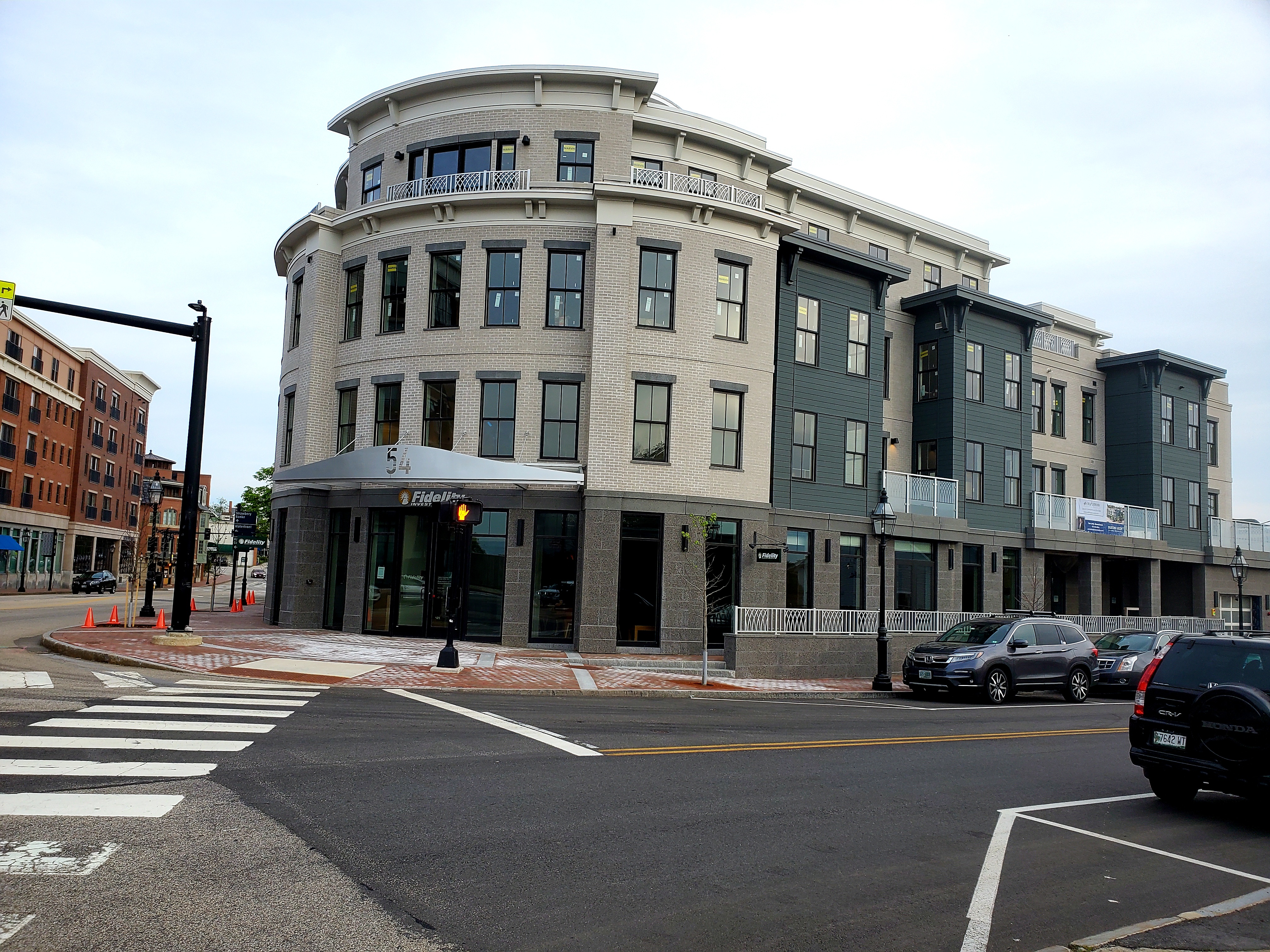 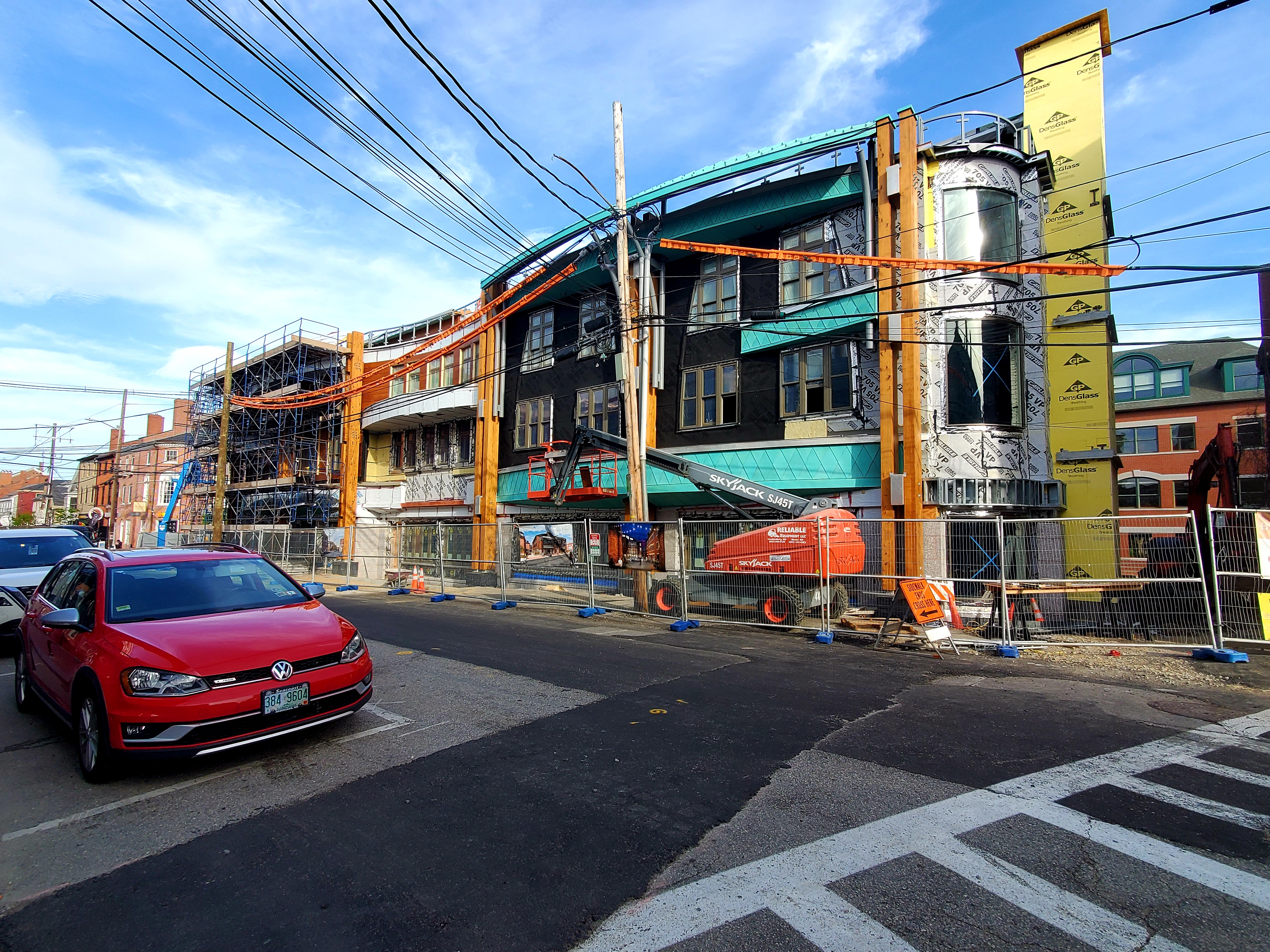 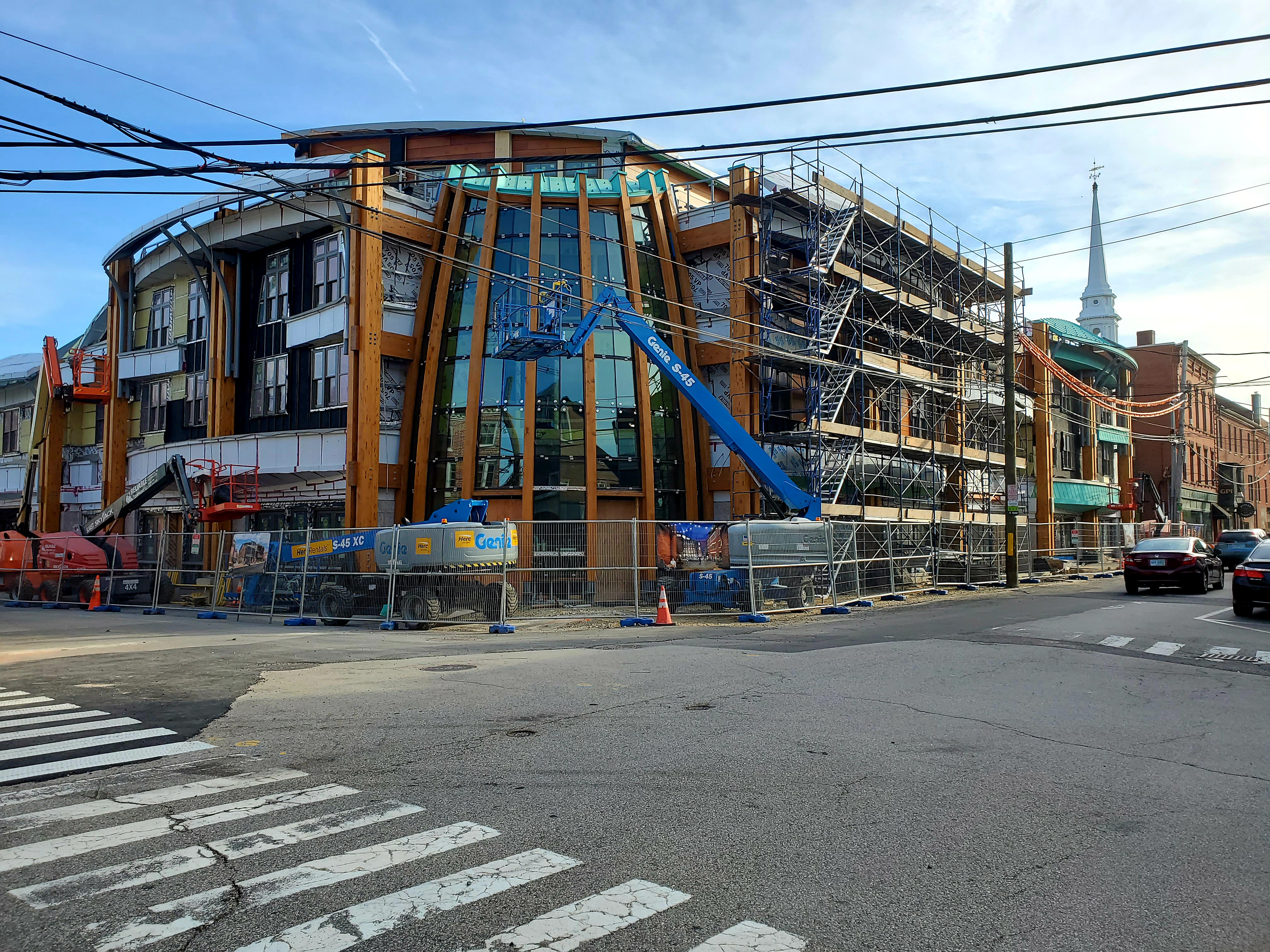 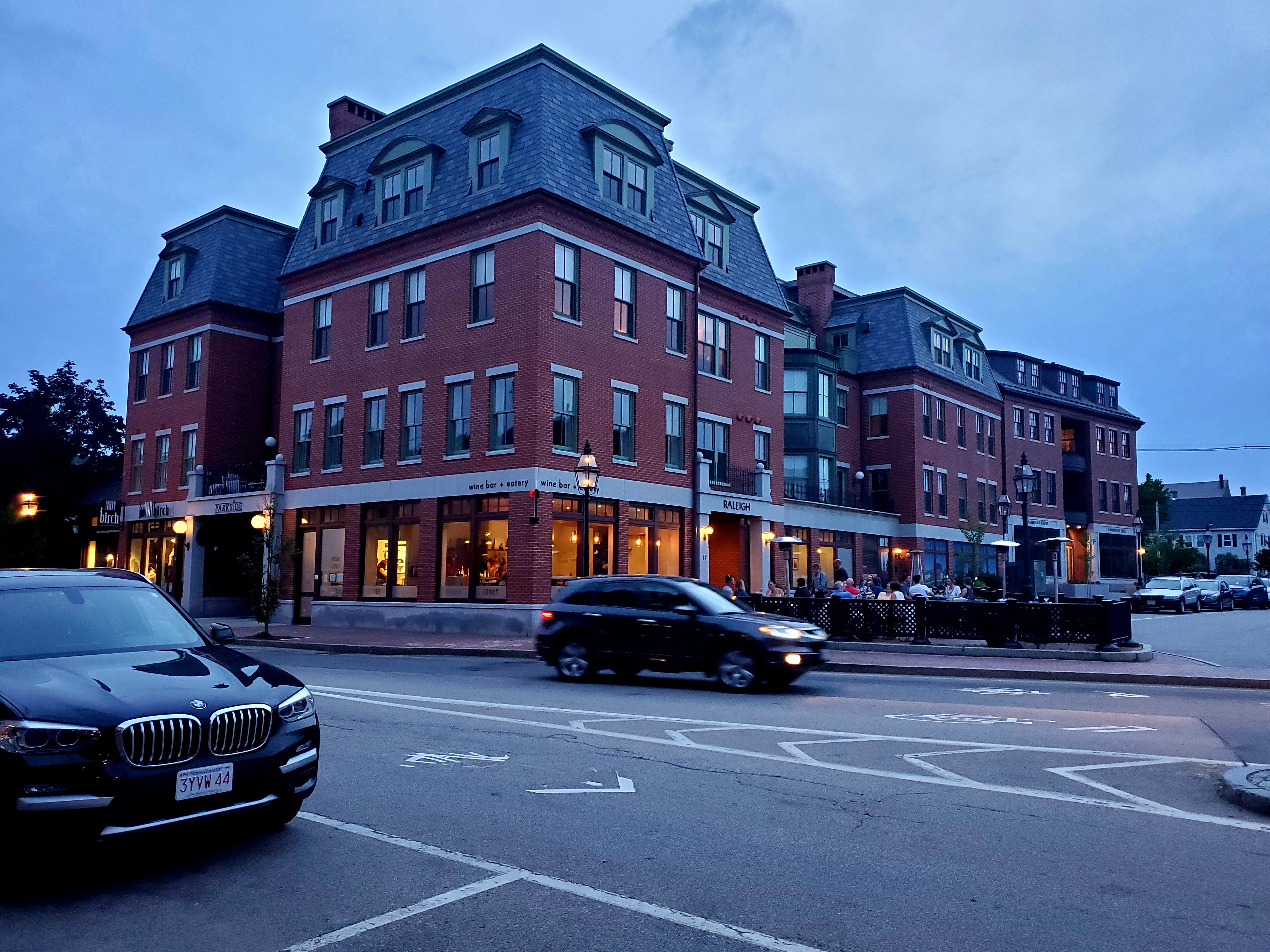 Cool place. Been visiting there for years. I have a summer house in York.