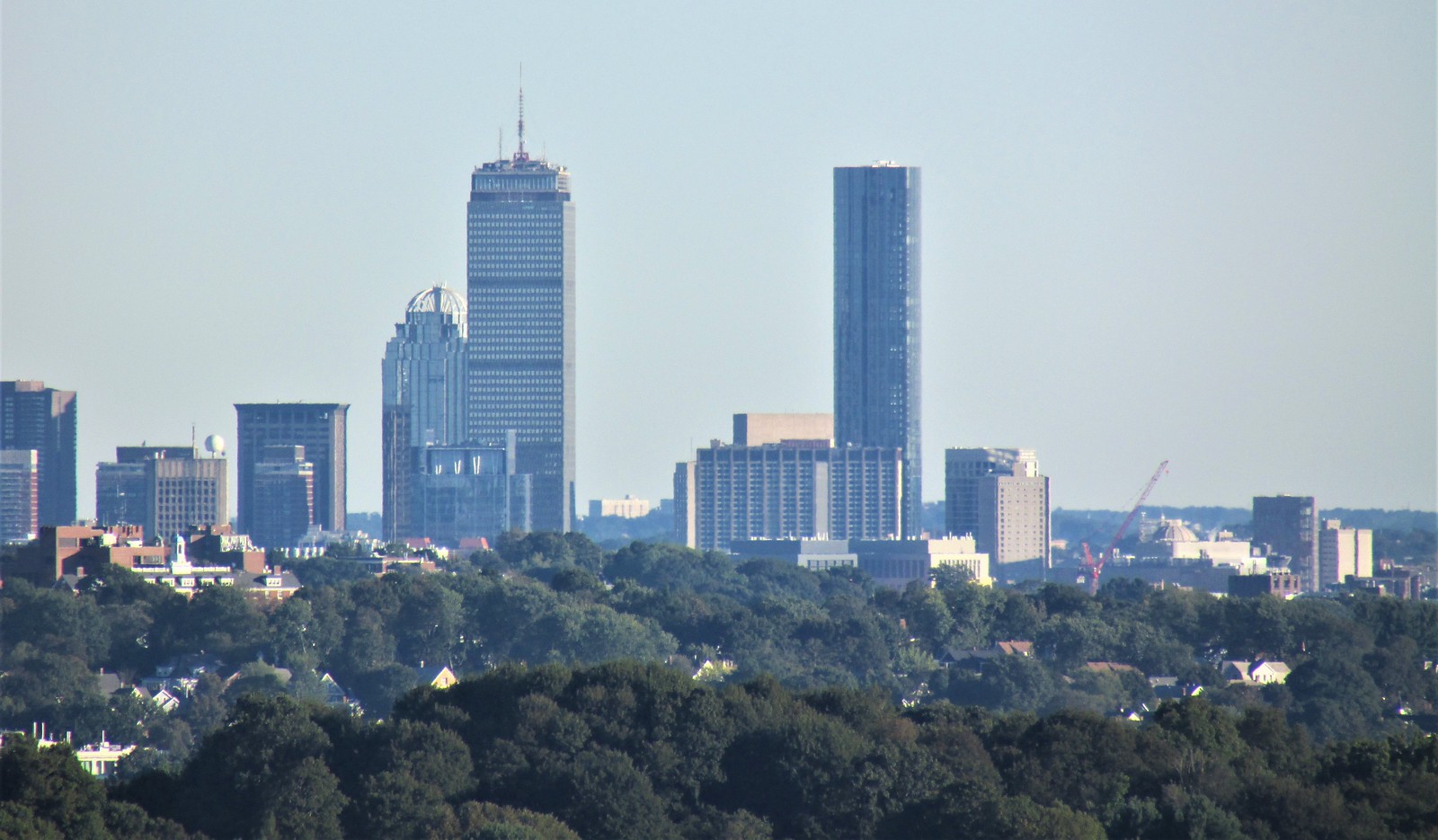 You must have a powerful lense on your camera to be able to photograph the Pru Tower from Woburn up this close!!! Wow!!!
Last edited: Oct 4, 2021
R

Where in Woburn? Mt Towanda? (aka Horn Pond Mountain)
D

Yup that's the place! (never heard of the Towanda name) I know there's at least one other spot you can snag skyline pics in Woburn but haven't been and I think it's just a poorer version of the Horn Pond view. 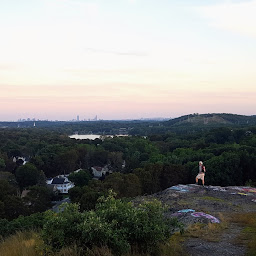 DZH22 said:
Yup that's the place! (never heard of the Towanda name) I know there's at least one other spot you can snag skyline pics in Woburn but haven't been and I think it's just a poorer version of the Horn Pond view.

Nice. I believe Towanda is an old name for it, and might be its actual formal name. It was home to a ski area into the 1970s, and the remnants are still visible, along with the ruins of the old Woburn Reservoir. There is or was a social club called the Towanda Club in in Woburn, so I assume that has something to do with the name, though I'm not sure which was named for which. Two years ago yesterday I seriously injured both knees in a trip and fall accident, and after a week at BMC, I ended up doing another week plus of physical rehabilitation at the New England Rehab at the foot of the mountain. My room there had a view of the Edison lines and up the north slope, so I vowed that when I was able to, I would climb it. I originally intended to climb it in the spring of 2020, but the pandemic delayed that, and I ended up climbing it along with my 79 year old father a year from the date I was admitted to the rehab as sort of a closure on the event. The delay worked in my favor because my knees were in much better shape by September than they were in April or May, when I originally wanted to climb it.
D

9/21 From Mt Auburn. Didn't realize you could see the sign behind the black strip but it's showing up here. 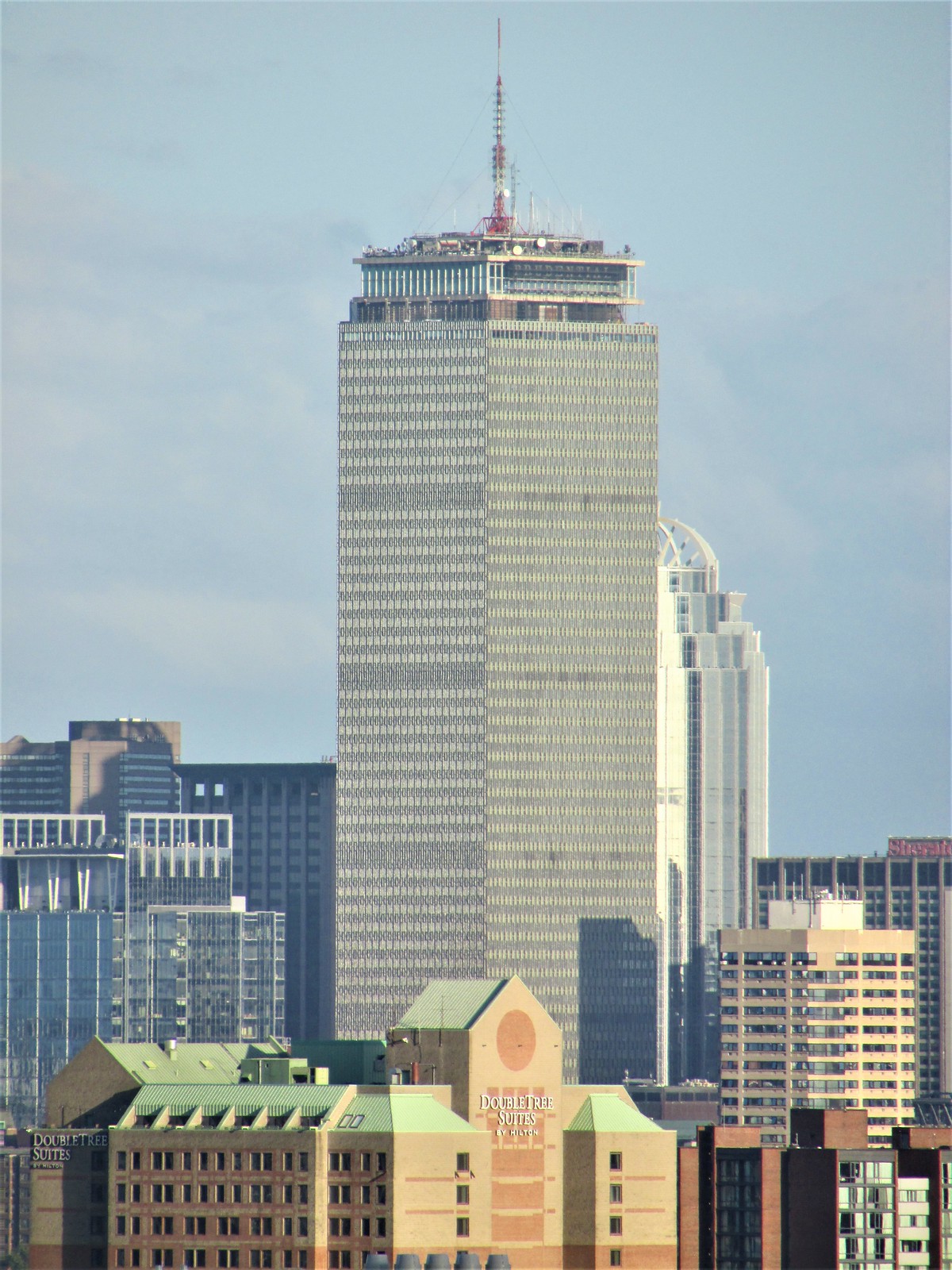 I didn't know that either!!
D 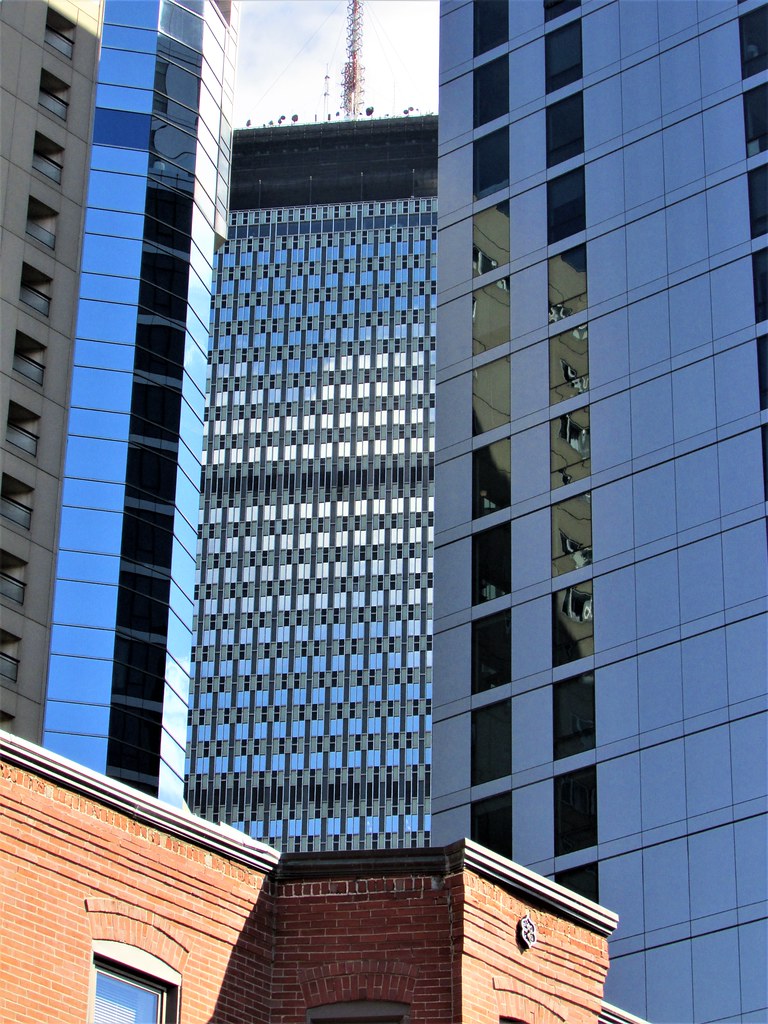 Looks all dark up there now!! Looks like weird things going on! Don't know what to make of it.
M

Does anyone know what presence Prudential itself has in the tower these days?
C

Prudential Financial has a suite on the 45th floor (I believe). The signage rights are grandfathered in and were both part of the original development deal in the '60s and part of the more recent sale to Boston Properties about 20 years ago. It's going to have that PRUDENTIAL sign on the hat/crown for a long time.
J

Is it true they will add 50 feet onto the top for the Observatory tower to make it an 800 ft building?
B

jaggok said:
Is it true they will add 50 feet onto the top for the Observatory tower to make it an 800 ft building?
Click to expand...

I would very much doubt that, especially given released plans/renderings.
D 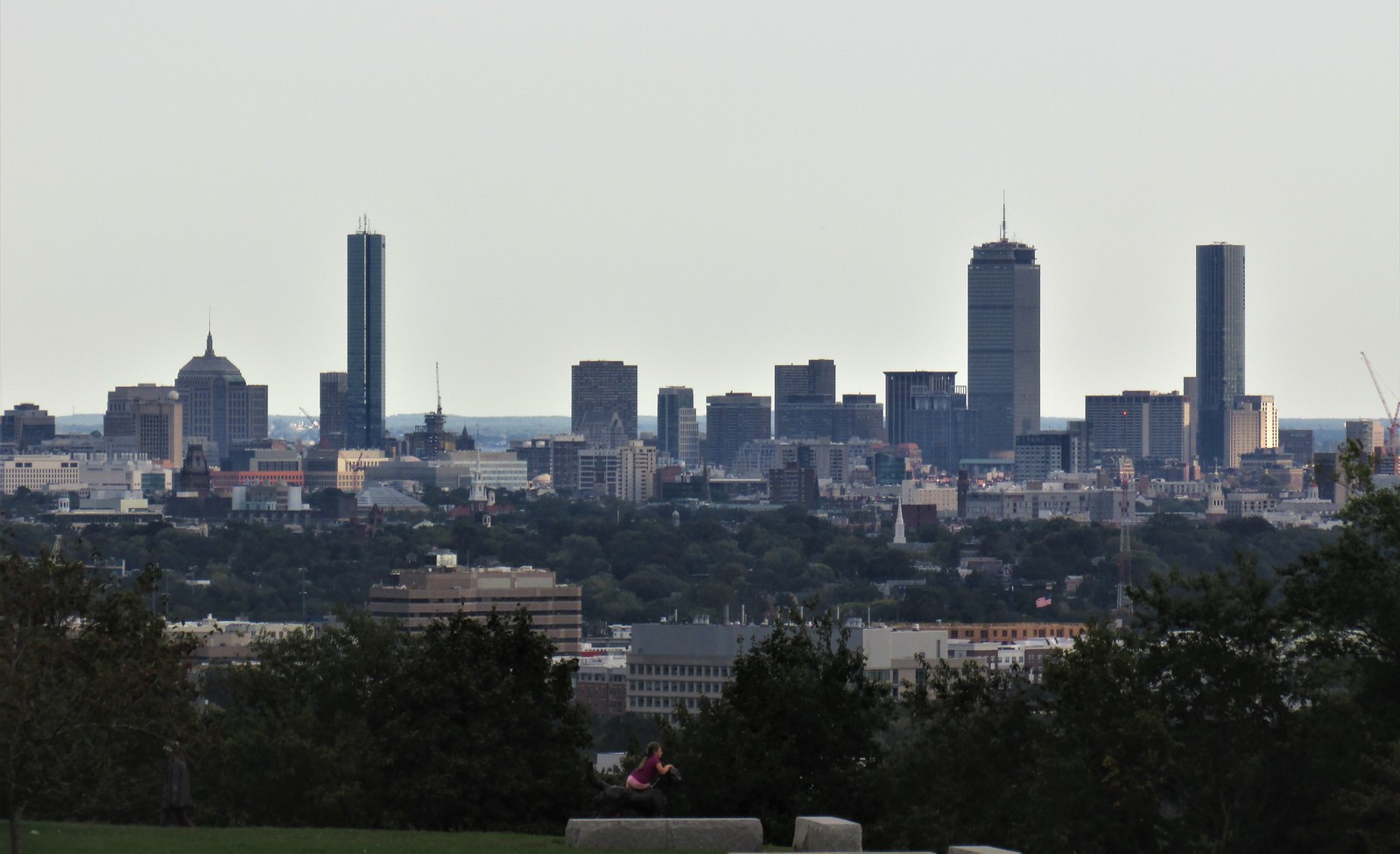 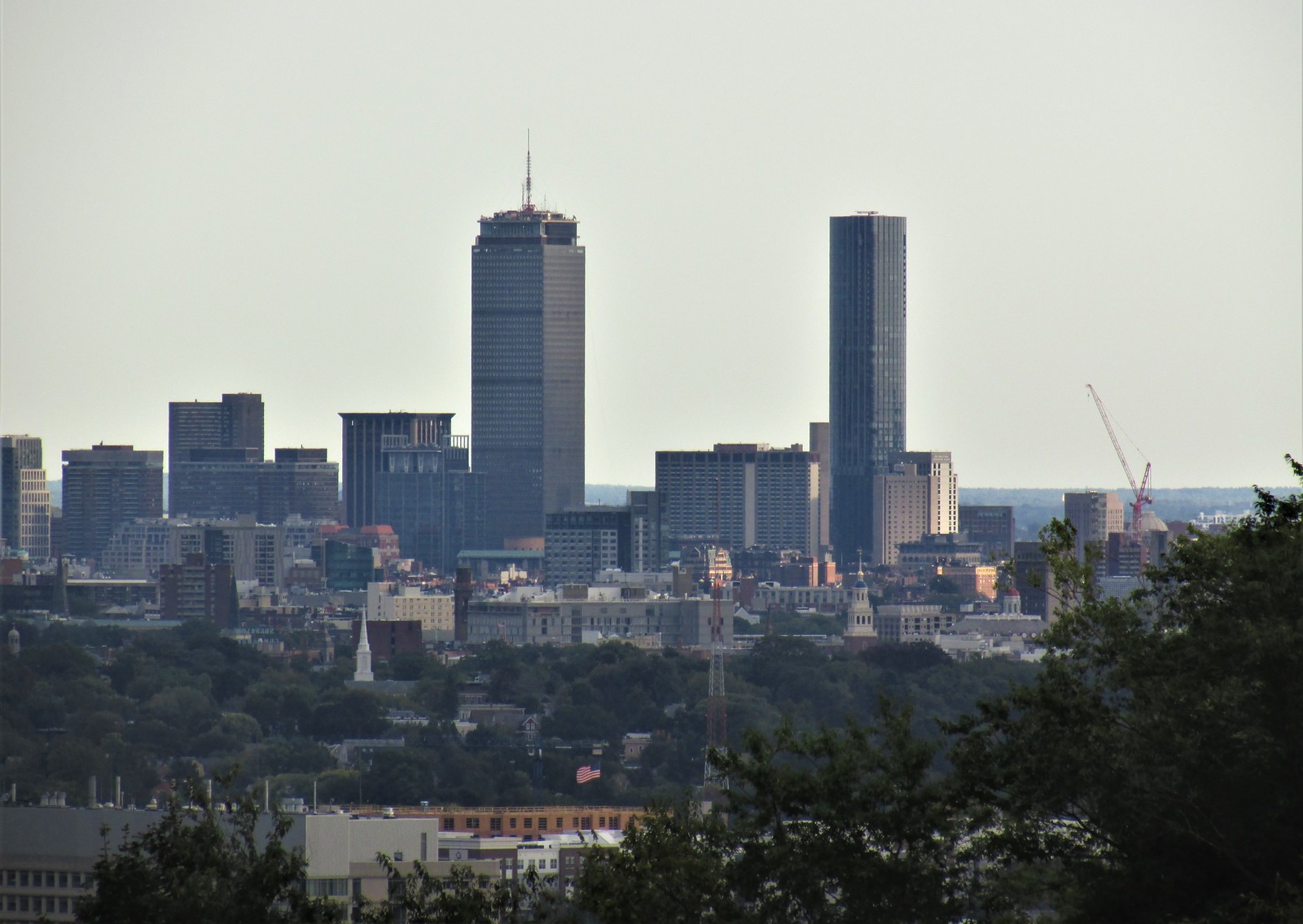 9/27 Will we ever find out Zorro's real identity? 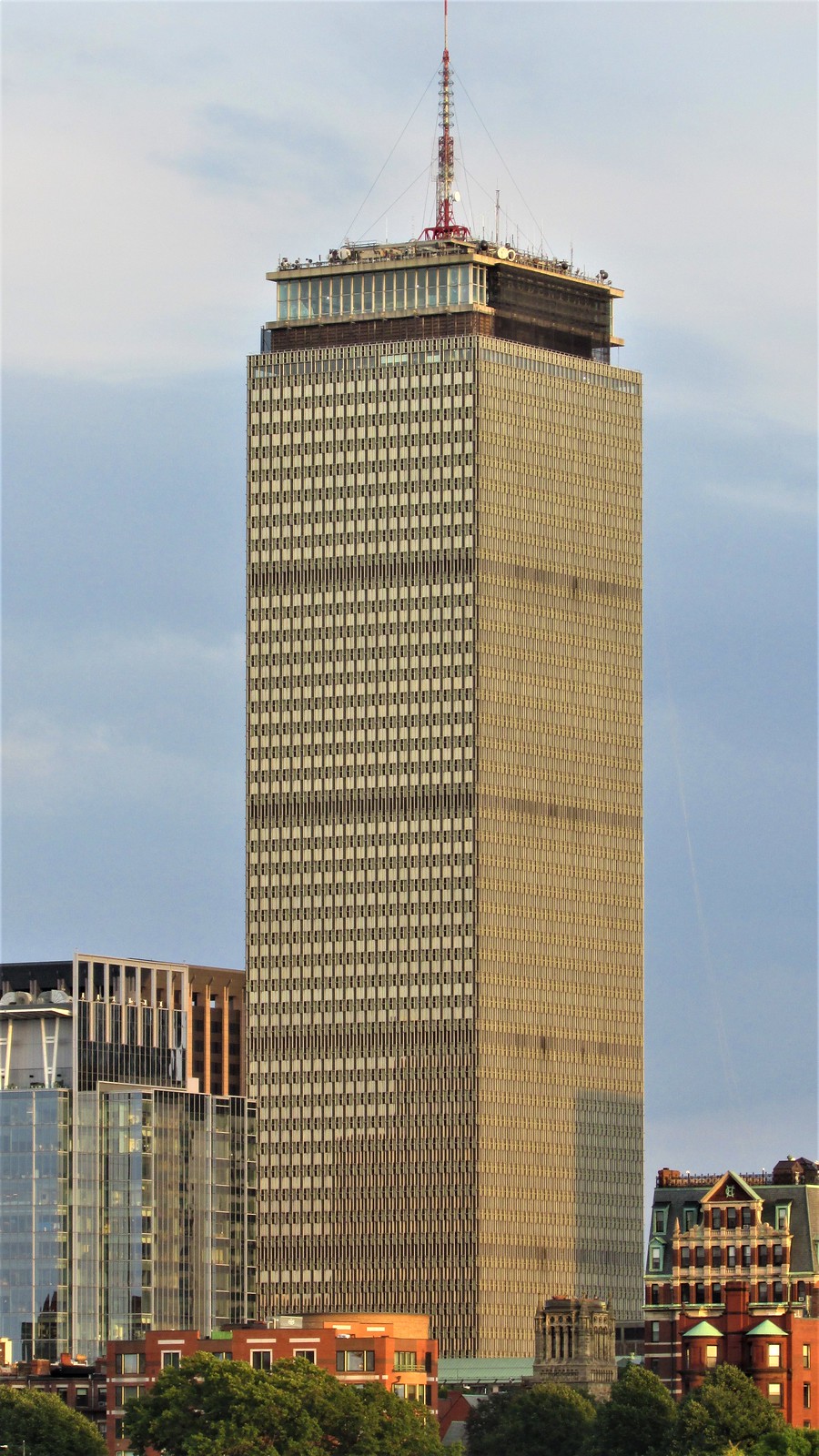 How will they do that?
C

jaggok said:
Is it true they will add 50 feet onto the top for the Observatory tower to make it an 800 ft building?
Click to expand...

Boston Properties, Inc. (NYSE: BXP), the largest publicly traded developer, owner, and manager of Class A office properties in the United States, form
www.businesswire.com
From the above press release:

Apparently this is being branded as "View Boston"

Makes me think that they might be trying to copy the World Trade Center in New York with the new name!! Hah!!
B

The name is a missed opportunity. 'Top of the Hub' was uniquely Boston (though 'skywalk' was generic). I wished they could have come up with something special for this that at least carried the torch from 'Top of the Hub'
You must log in or register to reply here.
Share:
Facebook Twitter Reddit Pinterest Tumblr WhatsApp Email Link