HenryAlan said:
So let me get this straight. You are arguing that Hoover caused the great depression, in order to prove that Roosevelt was bad? I think you lost track of your own thesis. That said, I agree with you that Hoover's approach was misguided and harmful. I also agree with @DBM that Roosevelt's approach was important for reasons far beyond economics. He literally saved this country from communism, but is ironically now called a communist by misguided right wing ideologues.
Click to expand...

1. It's not my argument. You're not quoting ME. You're quoting my quote.
2. It looks like the argument is that the great depression was due to government intervention that was meant to help the economy, but instead had the opposite effects as intended. The intervention was started by Hoover and continued by Roosevelt.

Nothing about communism in this specific quote, just the state of the economy. Both points can be true, although I have less knowledge about the communism piece unless you're referring to WW2 (then yes, of course). He could have saved us from communism in the 1940's while also unintentionally keeping the economy depressed in the 1930's. The whole premise though is that most of us believe the stock market crash kicked off the great depression, except it turns out the economy seemed to be fixing itself over the subsequent 12 months and it wasn't until government got more involved (we're here to help!) that everything fell to pieces and unemployment shot through the roof.

While stats can be misrepresented, this is based on very simple stats regarding a very simple premise. What were the monthly (published, widely available) unemployment rates leading up to the stock market crash, in the 12 months after the crash, and then in every subsequent month of the 1930's? These are apples to apples, very straightforward stats.

It's not like, say, comparing household income instead of individual income while intentionally neglecting to mention that the size of these average households has been steadily decreasing for decades. Individual per capita income tells a very different story from household income. However, those with an agenda will use household income without making the obvious acknowledgement that multiplying by 2.53 people per household (2020) will probably yield a lower number than multiplying by 3.33 people per household from earlier decades (1960 for 3.33). Here's a graph showing those numbers.
https://www.statista.com/statistics/183648/average-size-of-households-in-the-us/

Here's an article with similar (although a tiny bit different) numbers, with a graph near the top that shows the same ongoing decline from earlier decades. That graph starts too far in the past but the point remains that the average US household size is only between 75-80% of how large it was in the 1960's. 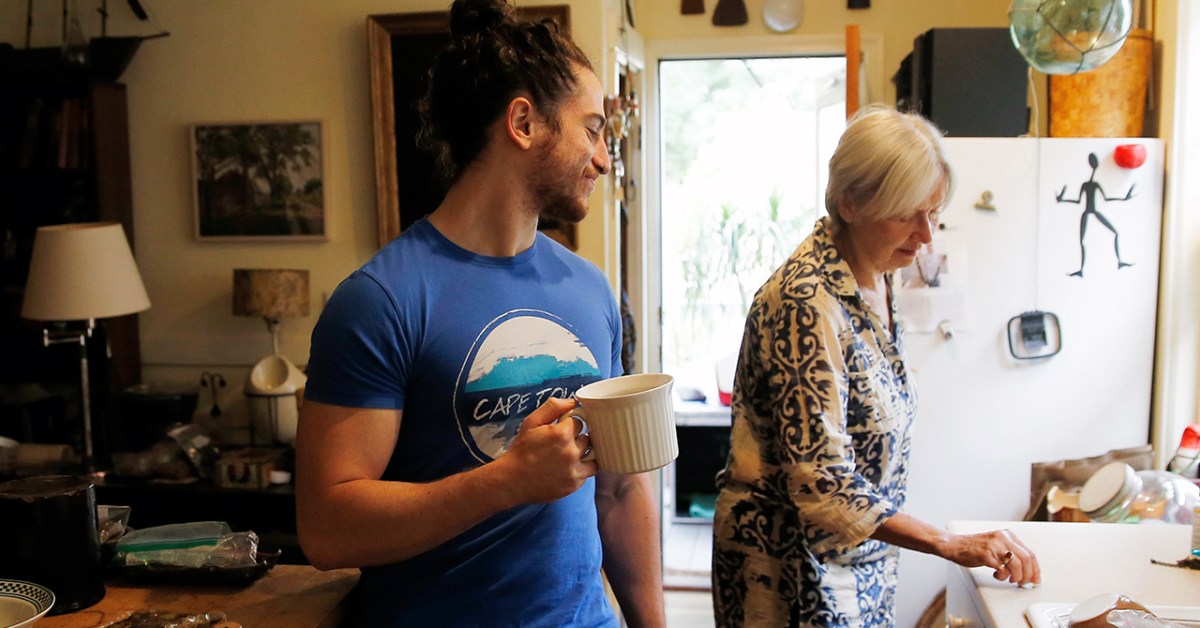 The number of people in the average U.S. household is going up for the first time in over 160 years

This decade will likely be the first since the one that began in 1850 to break a long-running decline in American household size.

So while stats can clearly be misrepresented, I have a hard time seeing how comparing the national unemployment rate across time could be skewed in the same manner as the above. 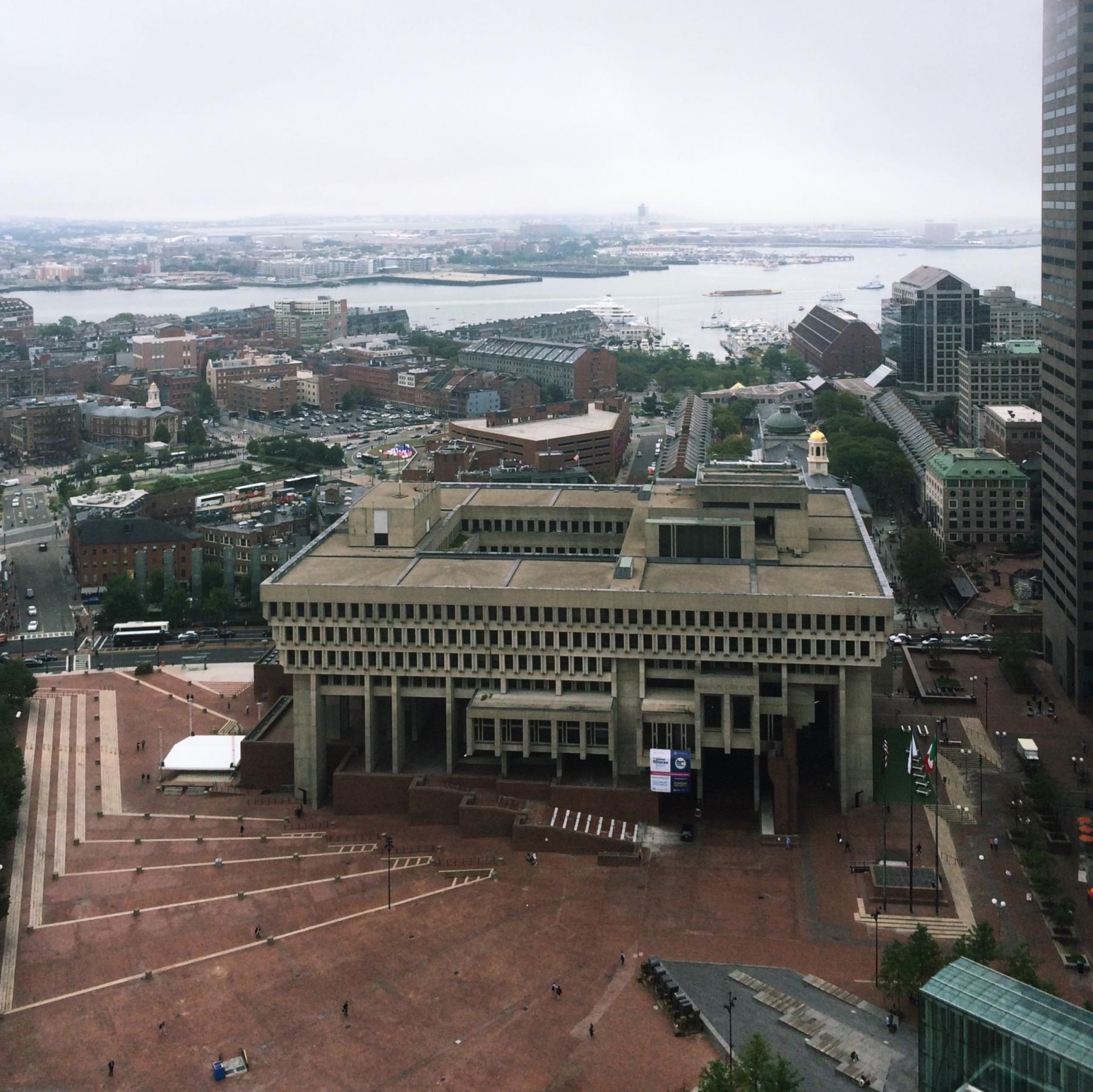 2021 Mayoral Election: A Q&A with the Candidates

The Boston Preservation Alliance is Boston’s primary, non-profit advocacy organization that protects and promotes the use of historic buildings and landscapes in all of Boston’s neighborhoods. We asked Boston’s Mayoral candidates Annissa Essaibi George and Michelle Wu to answer ten questions...

Wow. I just flipped thru the last few pages of this thread. Haha wow.
F

SuffolkHeights11 said:
I agree that Wu supports this and I applaud her for that. My point was that when it comes down to actually changing the zoning code in neighborhoods, and the neighborhood strongly opposes it, who will Wu side with? As an example, the residents of Jamaica Plain, one of her political strongholds, still routinely oppose projects under the JP/Rox Planning guidelines even though the BPDA spent years working through that to get height increases in exchange for affordability requirements and lower parking. The next mayor will have to confront this problem where residents who are used to weighing in on every single project might have to relinquish some control if we are going to move forward as a city.
Click to expand...

Going a little further back in the thread today, and reading this post and the conversation on September 15, some good points being made. I’m voting for Wu but I share these concerns: there are very, very powerful pressures against reforming the zoning code across the entire city, which is what really needs to be done.
S

FK4 said:
Going a little further back in the thread today, and reading this post and the conversation on September 15, some good points being made. I’m voting for Wu but I share these concerns: there are very, very powerful pressures against reforming the zoning code across the entire city, which is what really needs to be done.
Click to expand...

Since my original post, I have come around and am now cautiously optimistic about a Wu administration regarding zoning reform - especially in light of the recent City Council vote to eliminate parking requirements for at least 60% affordable residential projects. Feels like momentum (maybe even consensus) is building towards some common sense reform.
F

SuffolkHeights11 said:
Since my original post, I have come around and am now cautiously optimistic about a Wu administration regarding zoning reform - especially in light of the recent City Council vote to eliminate parking requirements for at least 60% affordable residential projects. Feels like momentum (maybe even consensus) is building towards some common sense reform.
Click to expand...

I guess. The city vote actually makes me skeptical. Yeah, affordable housing, great. But I think I am not alone in the frustration that the problem with Boston is not only the lack of “affordable housing” as technically defined, but the more general and pervasive problem of lack of housing that anyone who’s not rich can afford. This is a general issue nationally and I do think one needing more attention locally. I am on board with truly affordable housing but it’s another buzzword issue that people rally behind and ignore the greater issue of affordability for all. I do not want Boston to become a city only of millionaires and super poor, either. Building below market rate housing requires substantial subsidies and / or hard handed policies and this isn’t anywhere near enough to fix the housing problem. We need policies that actually make it CHEAPER and EASIER to build housing, period. I fear that saying “affordable housing” gets a lot of people including wealthy, nimby, liberal hypocrites on board and then ends up stopping there. So, we’ll see what happens, but I don’t necessarily think this city council vote which sounds great to everyone cuz “yay affordable housing”, necessarily translates into more acceptance citywide on the numerous ridiculous impediments to constructing buildings for people to live in.
K 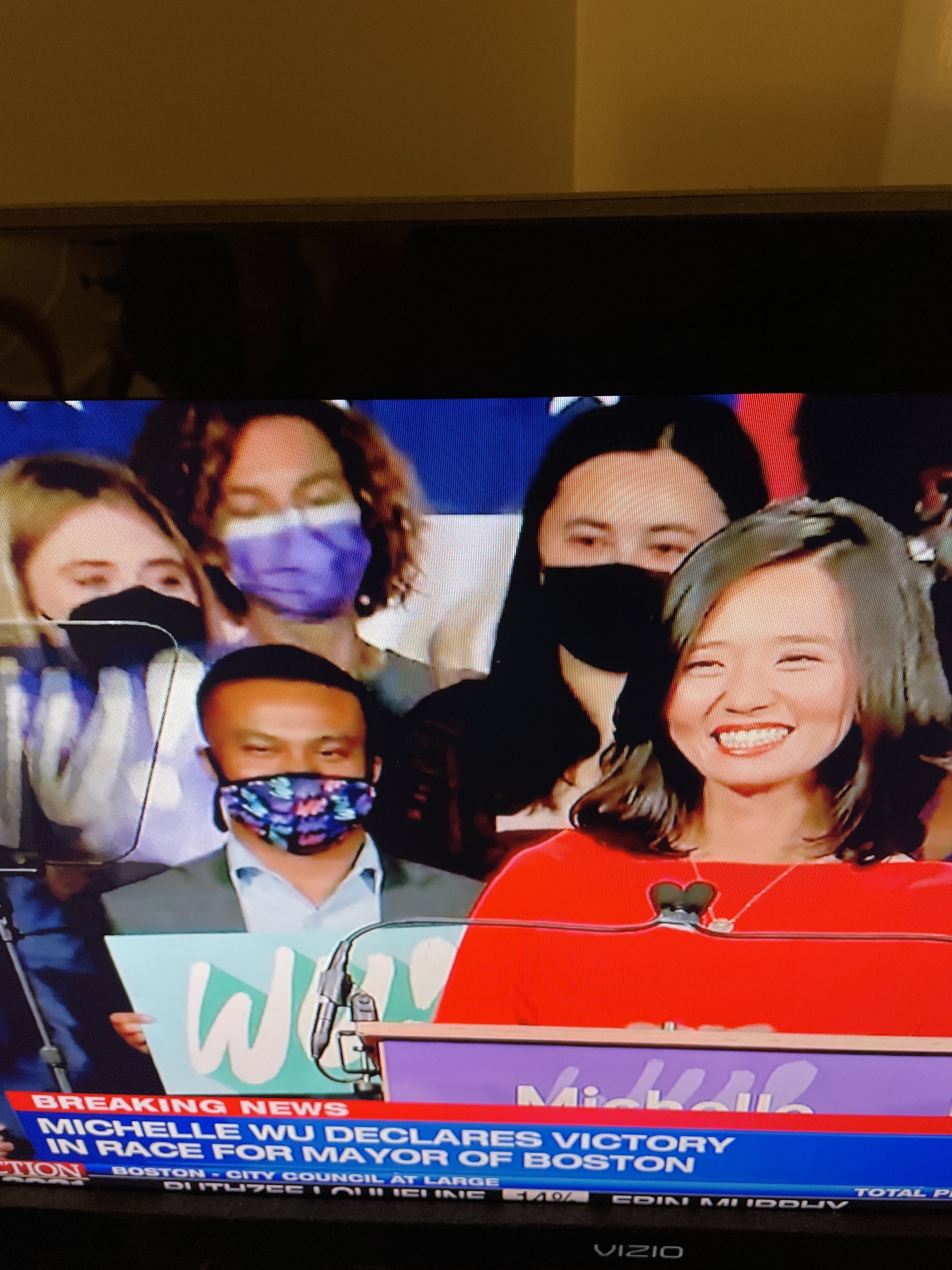 Guess all of the attack ads of Wu wanting to defund the police and being in the pockets of the developers did not work.

tysmith95 said:
Guess all of the attack ads of Wu wanting to defund the police and being in the pockets of the developers did not work.

I teach civics and we were in the middle of our media literacy for campaign season. Used the "defund the police" radio ad as a case study because it was driving me up a wall.

Outside of Boston: Lynn and Somerville also got pro-urbanist mayors. Any other results of notes?
T

KCasiglio said:
I teach civics and we were in the middle of our media literacy for campaign season. Used the "defund the police" radio ad as a case study because it was driving me up a wall.

Outside of Boston: Lynn and Somerville also got pro-urbanist mayors. Any other results of notes?
Click to expand...

Beverly and Salem kept their incumbent pro development mayor's by large margins over competitors that were anti development.
K

tysmith95 said:
Guess all of the attack ads of Wu wanting to defund the police and being in the pockets of the developers did not work.

It’s become such a gaslighting tactic. “Defund the Police.” But a few other things of note.

1) Michelle Wu never said that she was going to do any of that. Not once. She’s probably just as pro Law Enforcement as her challenger.

2) She brought up the Highway Revolt on 1970 in her speech where Roxbury and Mattapan residents saved their neighborhood. Now before anyone calls her a NIMBY…go off. She probably is. But you can understand and respect why black residents didn’t want the Inner Belt essentially destroying their neighborhood.

3) Michelle Wu is hardly a progressive in my opinion. That’s the (winner and still champion) media. Her victory was a referendum on his fast Boston has been growing. The NIMBYS have been freaking out because they’re seeing too many cranes recently and they wanted to go back to yesteryear. Boston has been growing too rapidly in the minds of the NIMBYS and last night proved that Bostonians wanted to pump the breaks on growth.

4) I met Annissa Essaibi George when she was running for City Council back in my reporting days. She didn’t have the accent. Or at the very least, it wasn’t jarring like in the campaign. She was humble and different. Not the “motha and the teachah.” One thing that disturbed me was that she advocated for child beauty pageants and was one of the judges for the Little Miss East Boston. I didn’t even know such a thing existed. Gross. Sucks because as someone of North African origin, I would love to have seen someone who is Tunisian become elected Mayor. And let’s not forget those “Defund the Police” ads.

5) Sorry not sorry to be sexist. Michelle Wu is hot. HOT.

6) Let’s be open and wish her well and she what she has in store. I’m keeping a very open mind. Because as bad as things might seem in Boston, they can always be worse like in New York City with Mayor-elect “Step’n fetch it.”
J

KCasiglio said:
Outside of Boston: Lynn and Somerville also got pro-urbanist mayors. Any other results of notes?
Click to expand...

Newton re-elected everyone, as in, the mayor and every incumbent City Councilor ran for re-election, and every single one won. Notable mostly in that there are always a couple of exceptions (whether via retirement or challenger), but nope, this time it'll be exactly the same when the new session starts. This was a more pro-development outcome than the alternative: the challenger for Mayor is not fully anti-development in her personal approach and voting history, but she was definitively the candidate for that side of the issue in this election. The city council also sits somewhere between the old two-thirds and the new 50%+1 in terms of general favorability to multi-family projects, while the challengers in races that had them were in large part being pushed to get it under 50%. No news should be relatively good news. The big long-term potential is that zoning reform (which has been underway for a literal decade now) may actually have a chance to move forward meaningfully.
You must log in or register to reply here.
Share:
Facebook Twitter Reddit Pinterest Tumblr WhatsApp Email Link