Looks like the project was held up by Wu but they’re restarting the process:

“840 Columbus Ave, which will hold 800 student beds and five stories of academic space when opened, is restarting its permitting process after delays with the city.

“[The project’s been] tied up in city politics and the transition to a new mayoral administration, [and] there’s been a general slowdown of new projects getting approved,” Nedell said. “[There’s] still a long way to go before [we] actually [get a] shovel in the ground.” (source) 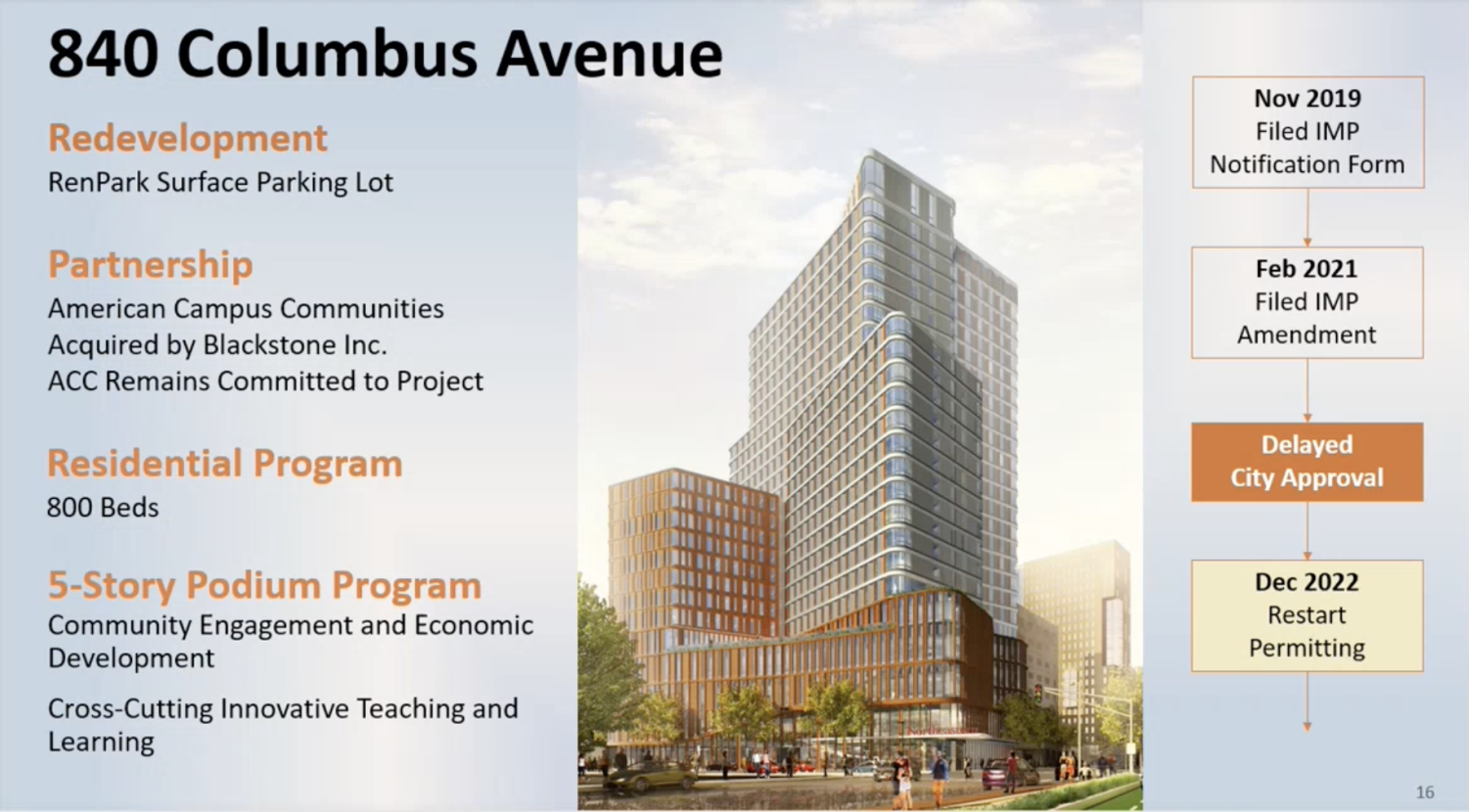 Nobody at any level of government understands the scale and urgency of the housing crisis.
3

king_vibe said:
Nobody at any level of government understands the scale and urgency of the housing crisis.
Click to expand...

That's a charitable take. Politicians know who votes and it's not the renting class.
T