A critical review of Amazon's development at Crystal City


But [the Helix] also is a distraction. The larger story is the spread of greater Amazonia, the millions of square feet of new space that is the subaquatic iceberg floating under the Helix’s crystal tip. These buildings are every bit as buttoned down as the Helix is theatrical. And that seems the point. Unlike corporate behemoths of an earlier age, Amazon doesn’t want an enormous corporate campus, with a security perimeter, designated entrances and a lush landscape of meticulously curated grassy desolation and green despair.

So, the other PenPlace buildings — three large, traditional office towers that will start going up in 2022 — are designed with terraces and surrounding green space. An effort has been made to break down the massing of yet more Amazon buildings in a development at nearby Metropolitan Park, so they fit a bit more politely into the neighborhood.
....
The opposite of a duck, according to Venturi and Scott Brown, was a “decorated shed,” a basic, functional building with a sign on it. Amazon doesn’t intend to put signs on its office buildings in Arlington, thus completing a fascinating dance of “now you see me, now you don’t.” The Helix, the big duck of the development, is the sign, while the decorated sheds around it are meant to sink into the background as unobtrusive good neighbors. Don’t mind us, we’re hardly here at all.
Click to expand...

The above written by the architecture critic of the Washington Post, a newspaper owned by one Jeff Bezos. So perhaps the critique is tempered. He is far from enthusiastic, and raises larger questions that go beyond an assessment of the design.
W


The above written by the architecture critic of the Washington Post, a newspaper owned by one Jeff Bezos. So perhaps the critique is tempered. He is far from enthusiastic, and raises larger questions that go beyond an assessment of the design.
Click to expand... 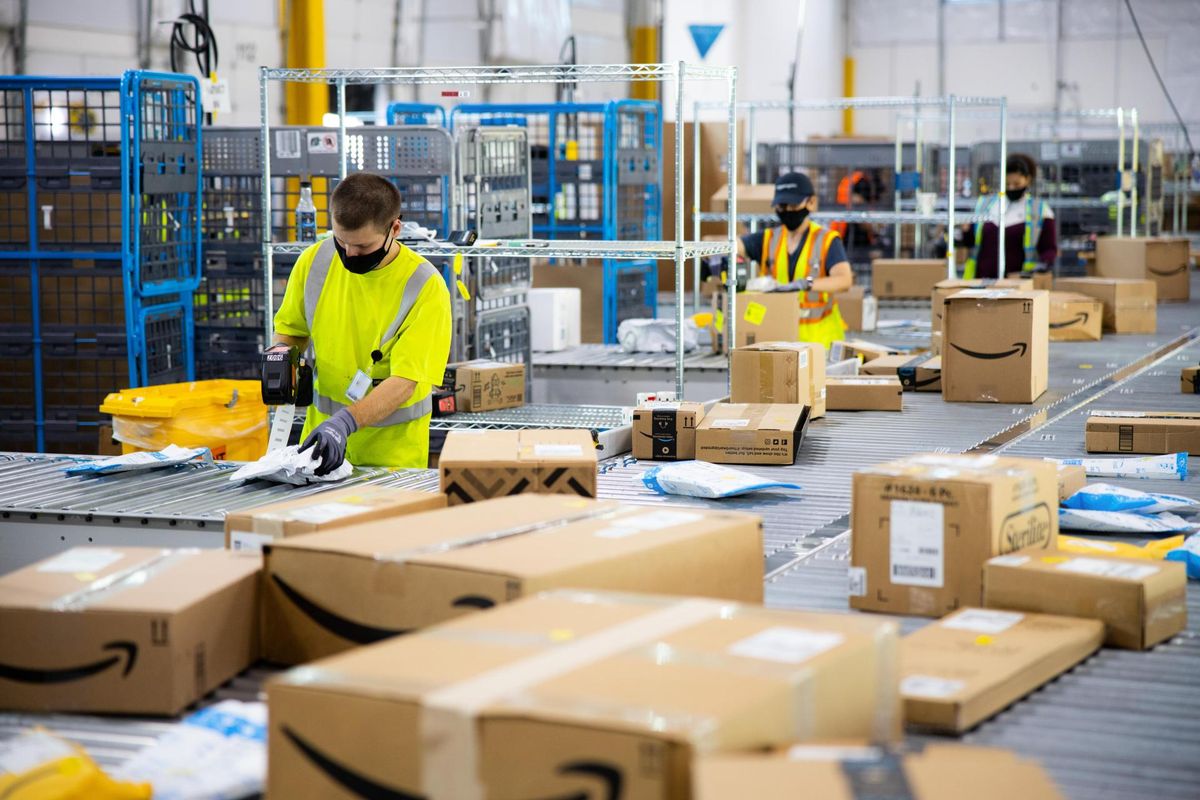 Amazon's newest facility in Salem is the e-commerce giant's latest addition to its massive and still-growing Greater Boston portfolio.

Amazon plans to open at least seven new Massachusetts facilities in 2021.
In its quest to provide faster deliveries, Amazon has ramped up leasing velocity in an airtight market, causing rents to rise more than 10% in the past year, experts said. Amazon’s deep pockets have allowed it to lead the e-commerce boom driving industrial demand and pushing competitors farther out of the metro area.

Amazon said it expects to open seven new delivery facilities in the region this year, adding to the 18 it already operates across Boston’s suburbs. The warehouses range in size from 26K SF in Everett to a massive 829K SF facility in Revere.....

Amazon leased more than half of all new industrial construction in the region last year, bringing its warehouse portfolio in Greater Boston above 2M SF, according to Hunneman research. The activity, combined with a 5.6% vacancy rate and a dozen or so assets left has caused industrial asking rents to rise to an average of $10.97 per SF, an 11% increase from $9.86 at the beginning of 2019.
Click to expand...