On the agenda looks like the City Council is looking to revisit the somerset lots especially Lot 6 where the garage was planned. The order is to bring condemnation to Lot 6 (aka take the land) to Federated to get the garage built. Stay tuned...
M

So far as we know, there's nothing binding on the city in the NIMBY settlement, is there? Meaning, in today's climate the city could legally find a new developer to build Midtown as originally proposed if that were mutually agreeable?

markhb said:
So far as we know, there's nothing binding on the city in the NIMBY settlement, is there? Meaning, in today's climate the city could legally find a new developer to build Midtown as originally proposed if that were mutually agreeable?
Click to expand...

Getting Federated entirely out of the picture is really the best path forward, but I doubt any new developer would just take the 2013 plans and resubmit them, (and they wouldn't be in compliance with new regulations anyway)

These parcels are a golden opportunity and it's pathetic that this empty trash-filled void has existed for so long right in the middle of the peninsula. A <15 minute walk can get you to 3 grocery stores, lots of hot breweries and restaurants, the arts district and the Old Port, plus easy access to the Bayside and Back Cove trails . It's perfect for high-density, transit-oriented housing. I'm hopeful that whatever development ends up occurring here won't be centered around a massive parking garage. Building new parking is very inconsistent with local and regional planning strategies, and is a very outdated planning practice overall. 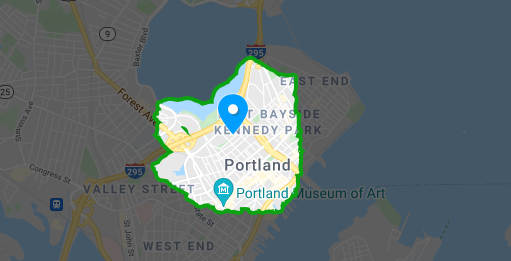 An interesting tidbit from the appraisal in the City Council packet:

To the best knowledge of the appraiser the subject property is not currently offered for sale or subject to any options. It has been reported by brokers in the local market that the subject owners have received offers in the past in the $13 to $15 Million range for all 4 lots, which were not accepted as the owners were seeking a price in the range of $20 to $24 Million. It was also reported by local brokers that the seller may consider selling the parcels separately
Click to expand...

It sounds like Federated wants out too, but may just be waiting for an opportune time to sell. (Lots 1,3 and 7)
M

Does anyone know if the city is still making efforts to get E. Perry Metal and Iron to relocate? As I recall, there were two scrapyards in operation in Bayside not too long ago, and the city was encouraging them to relocate, which one did.
M

Cosakita18 said:
Getting Federated entirely out of the picture is really the best path forward, but I doubt any new developer would just take the 2013 plans and resubmit them, (and they wouldn't be in compliance with new regulations anyway)
Click to expand...

Understood; I was really getting at the idea that the height reductions, etc. were just an agreement between Federated and the opposition, not something that could prevent the next developer from doing what they wanted.
M

Mainebiz has a story on the pending condemnation; apparently, there is a 30-year deed restriction that requires Lot 6 to be a parking garage. https://www.mainebiz.biz/article/po...town-development-for-site-of-700-space-garage
D

And there you have it ... Portland to attempt to seize Midtown Property by eminent domain

As I understand it, deed restrictions dissolve if/when a government seizes property by eminent domain. So a couple things are going on here:

I think there's scant demand for the parking garage absent the rest of the buildout; IIRC the plan was that the city got the HUD loan to build the garage to provide parking for whatever else would be built on the parcels. If Trader Joe's, in particular, still doesn't allow access to their building from the Bayside Trail (same direction as the garage) then the garage won't help with their parking situation either.
C

Also worth remembering that the garage was planned over 20 years ago (!) in the "New Vision for Bayside" plan - which, I think it's safe to say in hindsight, was an overall failure.

One of the assumptions of that 1990s-era Bayside plan was that the "Midtown" lots would be developed with office buildings. Back then, the city's economic development office was still focused on bringing in commuter-oriented "jobs" while neglecting the city's housing needs, which is one of the big reasons we're still catching up from a decades-long drought in new housing.

Offices for suburban commuters have much higher demand for parking than downtown residences, which, we now know, is what Midtown is likely to be (if anything ever gets built there). So I'm hoping that the city takes the opportunity to reevaluate the plan, given how most of it has grown irrelevant over the past 2 decades.
P

I served on a board that looked at various proposals for this land. A lot of work and workshops went into the design of the garage. I would like to see a transportation hub, Greyhound currently has no home and could use this as a hub, including saco bus, metro, etc. we need housing

And the drama continues…

Personally, I'm looking forward to these parcels being vacant for another 10 years....
Last edited: Nov 23, 2021

Not sure how eminent domain can figure into this. It seems like a stretch. The city should have worked with Federated with the 4 "tower" proposal. Varying the heights from low, mid, to high and compromising on materials to use mostly brick and glass could have been achieved. (The proposal drawings looked like kitschy public housing.) Federated is in no hurry to sell or develop these lots. With all of the new regulations in place to build housing, and with housing in great demand, sitting on lots in a prime area of Portland is a smart investment. It will only increase and increase in value. Thanks to the city, it's a much better strategy to buy premium land and sit on it until someone comes along and buys it, somewhat naively. And that will happen, eventually. This area developed right could have a been a center point for living and social life in Portland. Maybe in 2050 we'll see something.
M

The City took Lot 6, the intended location of the parking garage, and paid Federated $10 for it. The parties have agreed to drop the other, complicated lawsuit in favor of a simple "the city needs to pay us more money", which may or may not resolve everything as Federated says in the article they're planning more litigation.
You must log in or register to reply here.
Share:
Facebook Twitter Reddit Pinterest Tumblr WhatsApp Email Link