fattony said:
.....It is not unreasonable to suggest that over the decades they could have razed a few buildings, redone a couple streets, and added at least a pedestrian bridge if not a full bridge over the train tracks to Alewife....

This is something I agree with you on, 100%. At this point though, I don't think the area is salvageable. They should have done this a long time ago, and have passed the point of no return. 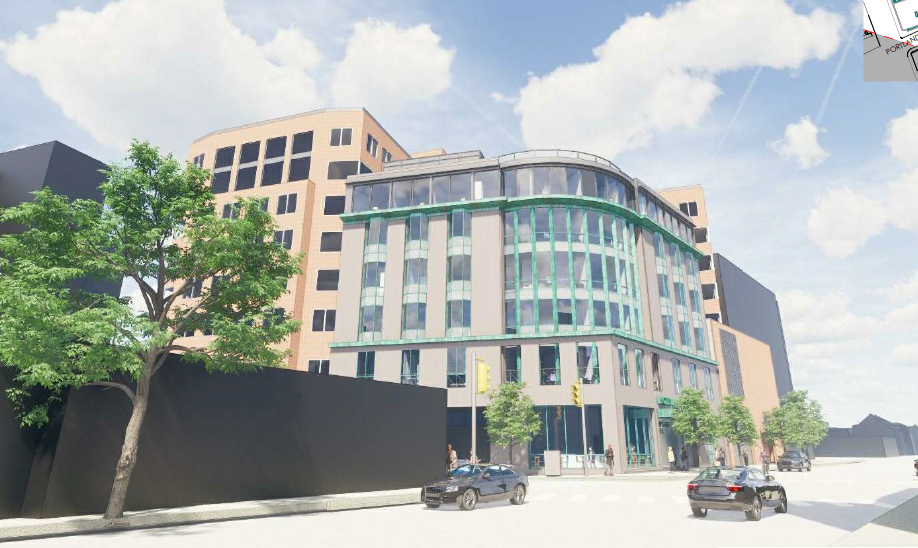 Hotel at the corner of Hampshire and Cardinal Madeiros. Street level could be better. Nice explanation of autostacker parking.
R

That’s substantially different from the earlier proposal that didn’t include the Emma’s footprint. It’s bland, but anything is better than its immediate neighbor.

At least they put the curb cut on Portland St. This is a small and awkward parcel, but I think is a good spot for a small hotel.
B

Nicely done group of rowhouses on Concord. A few trees and ready to go. 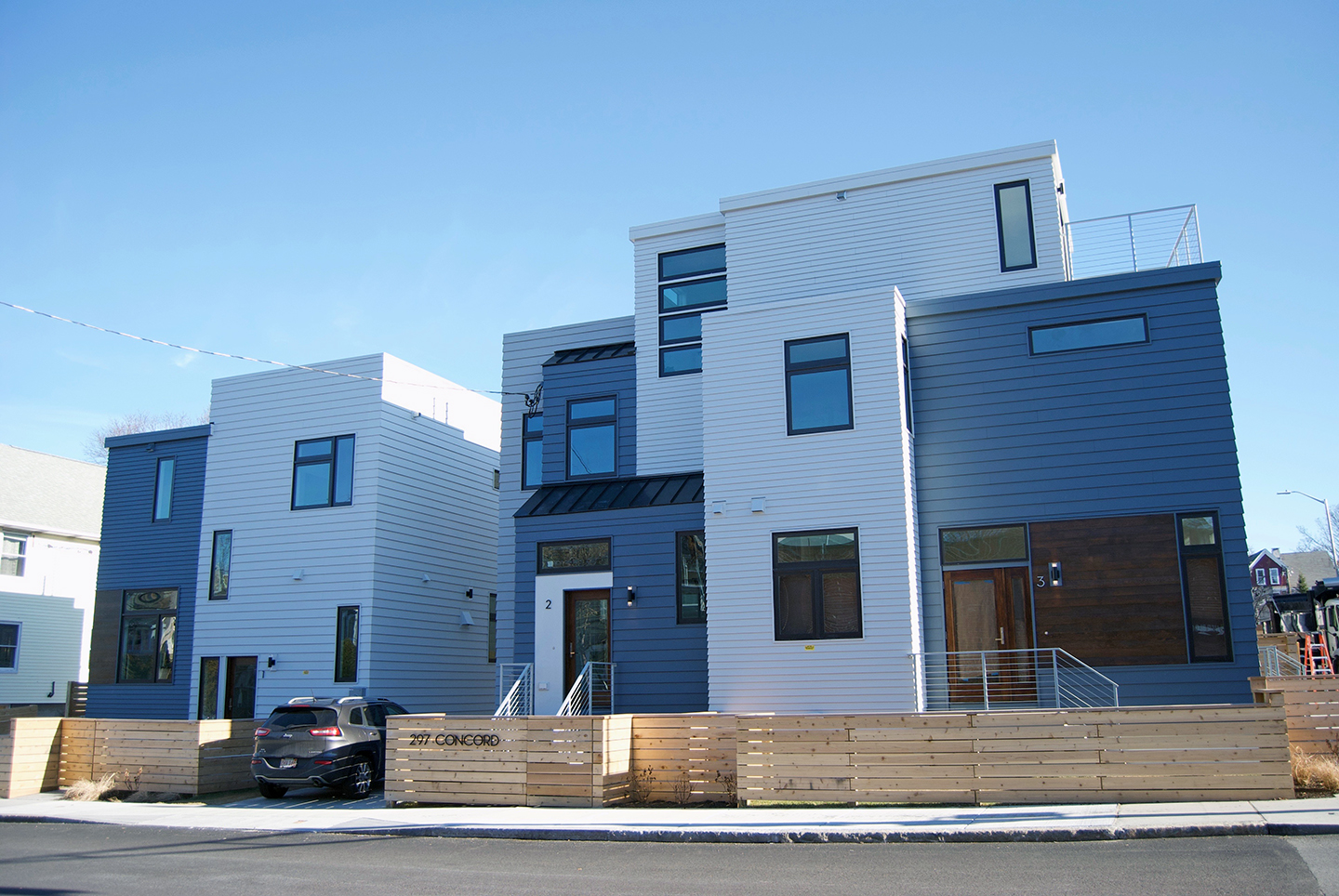 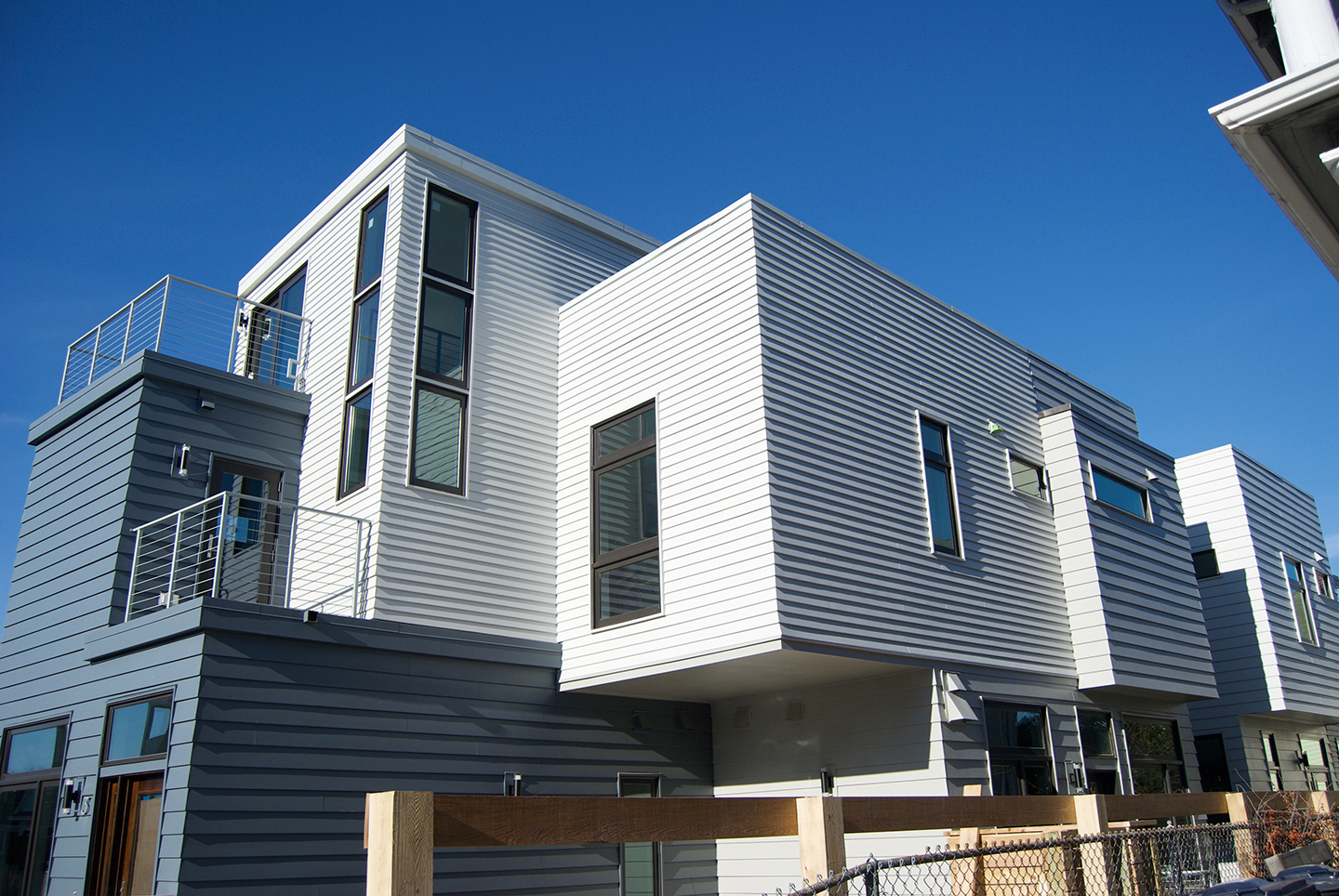 Latest (and biggest?) Hanover project 36-54 CambridgePark Drive at Alewife, 299 units and some actual 1st floor retail. Seven! floors so not just another 5 over 1. Brief description on Cambridge Day. http://www.cambridgeday.com/2018/07/07/attend-meetings-on-299-unit-alewife-building-flood-insurance-program-restaurants-capacity/ 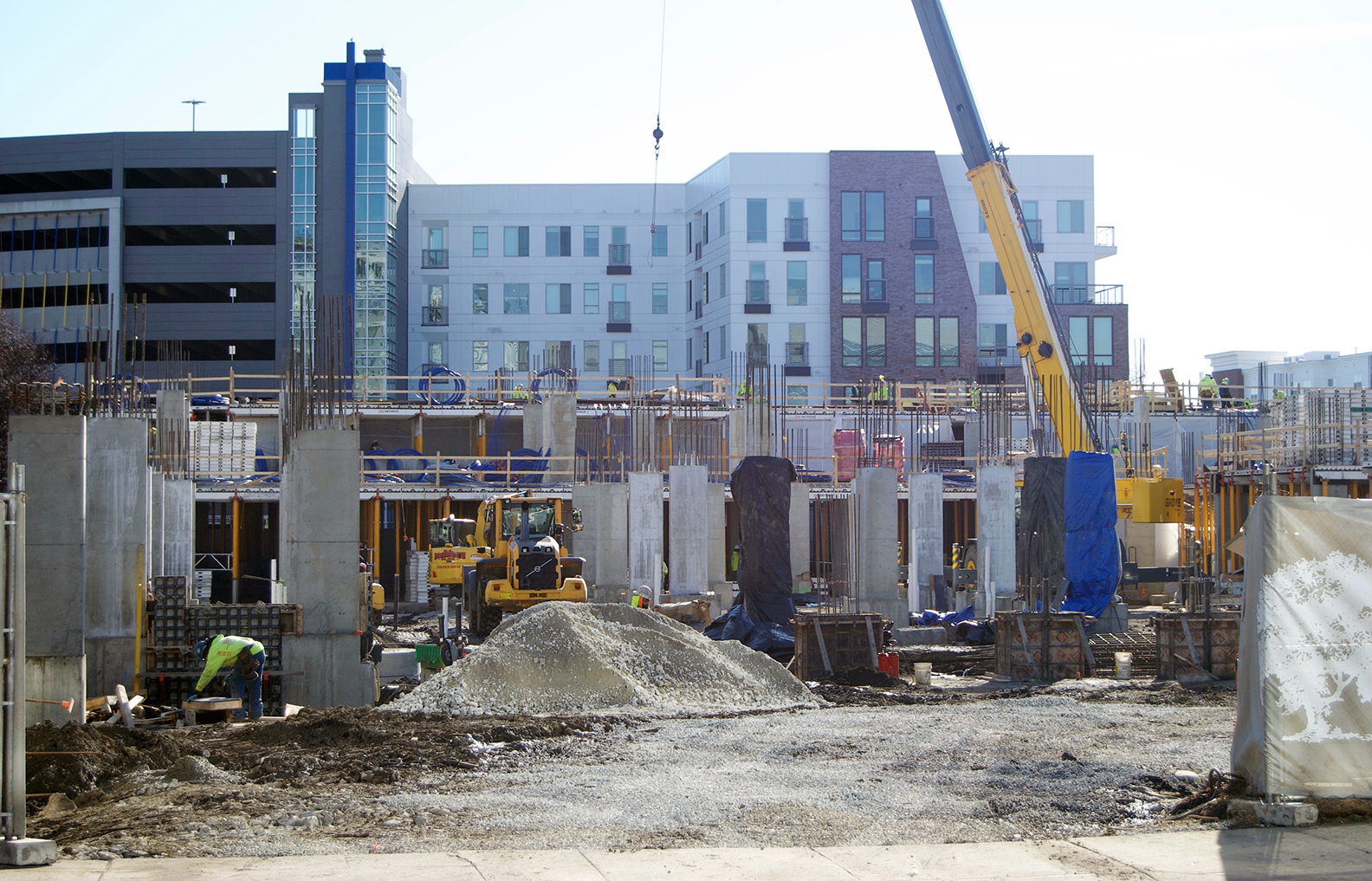 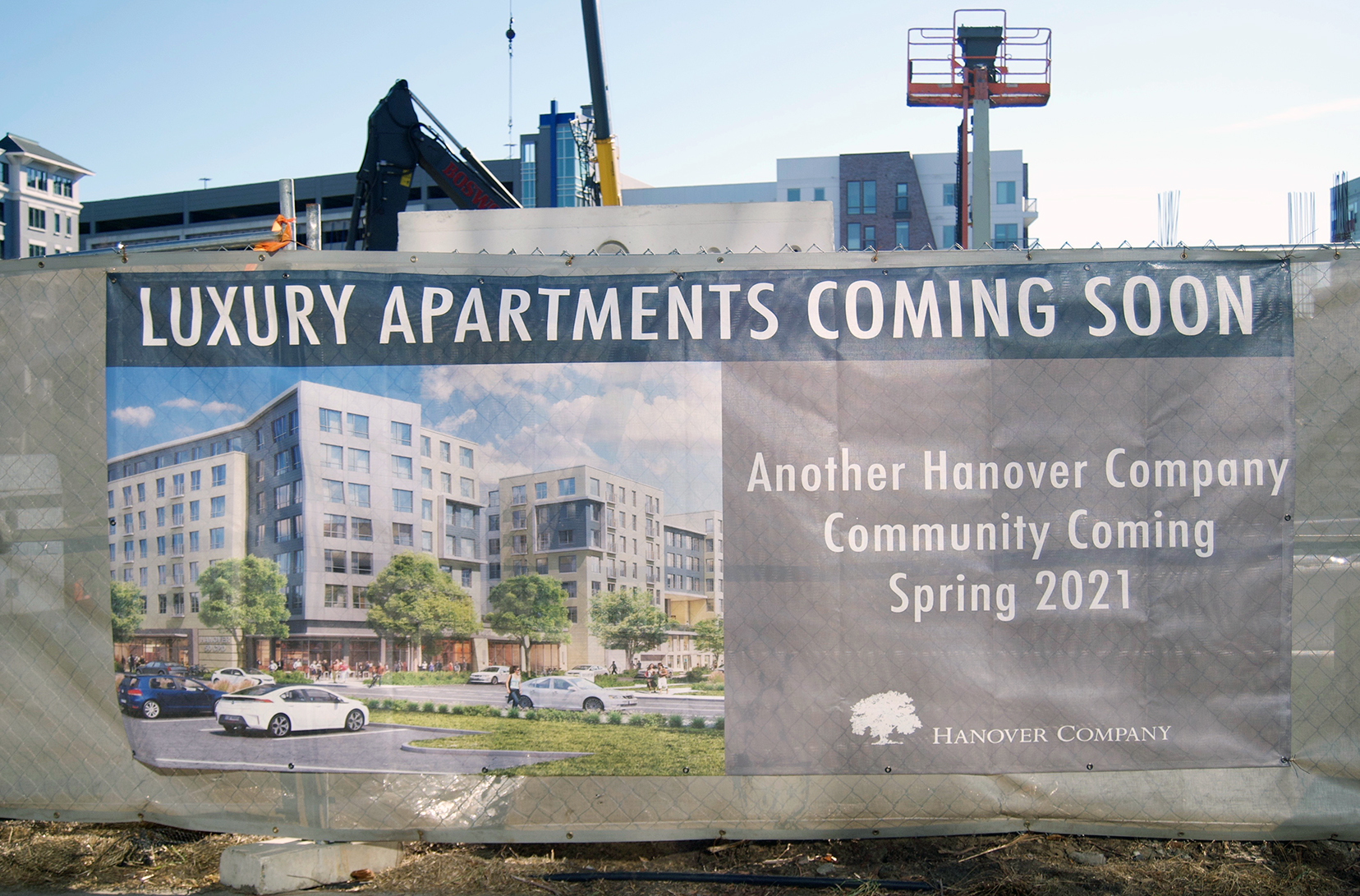 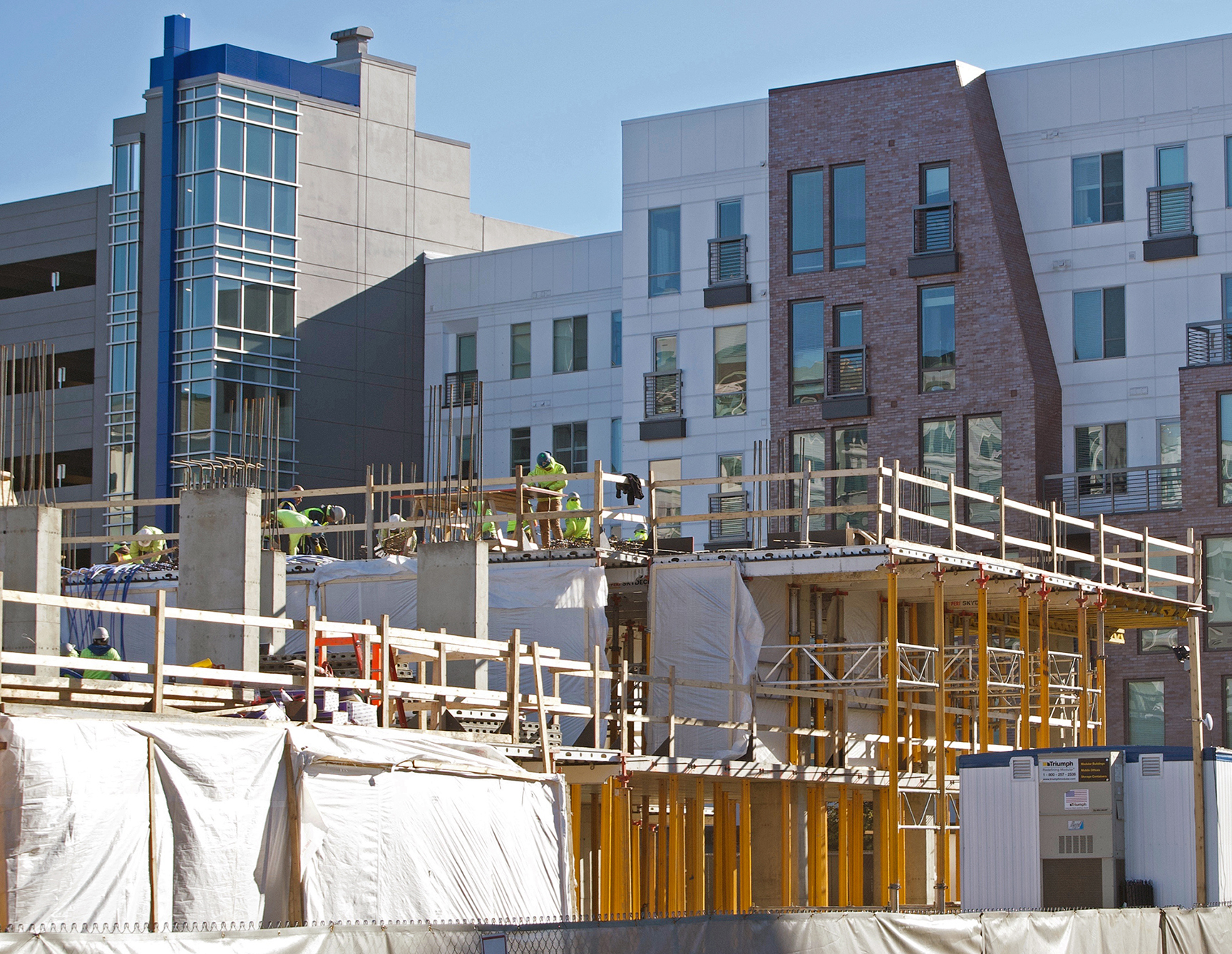 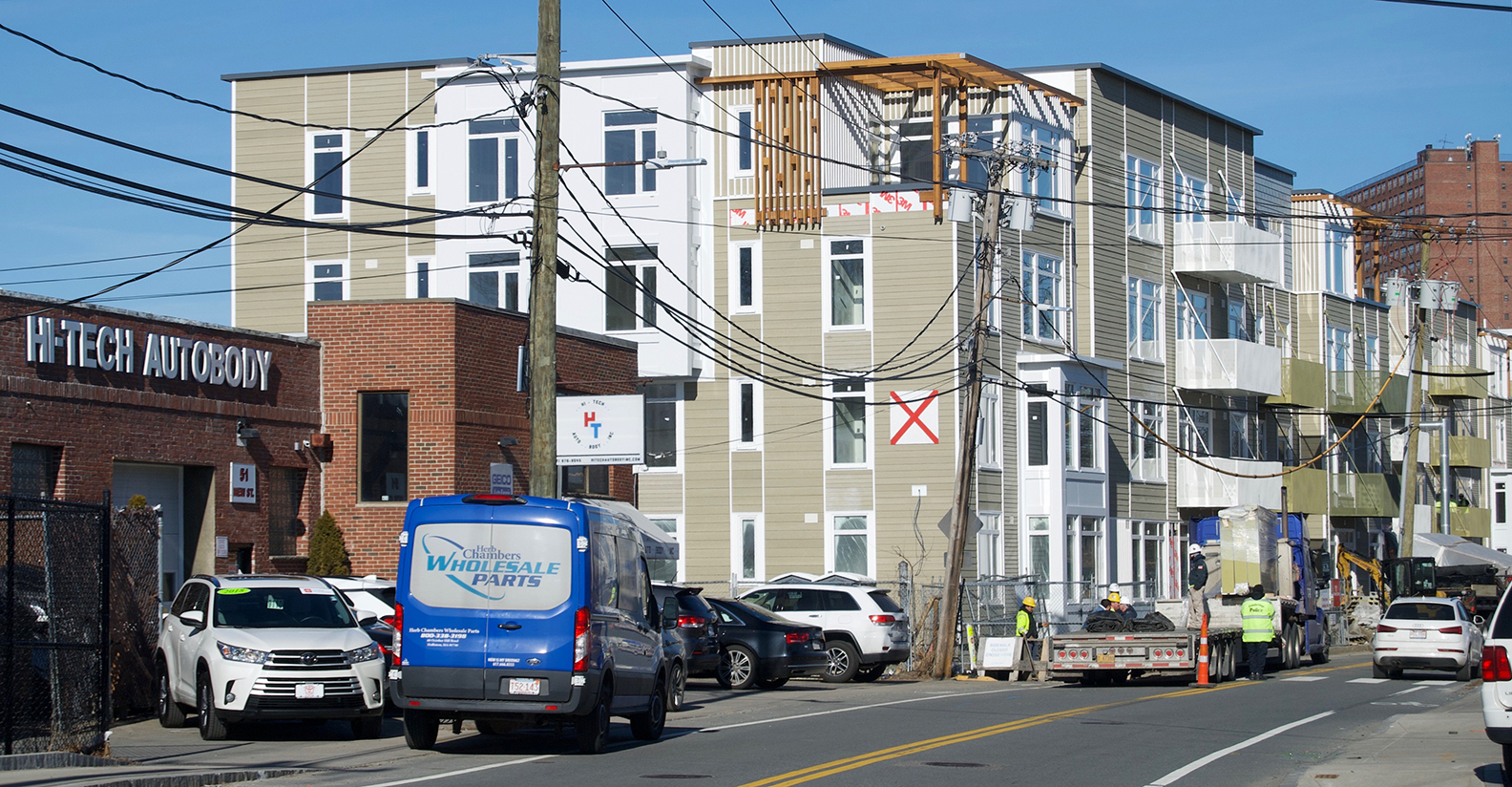 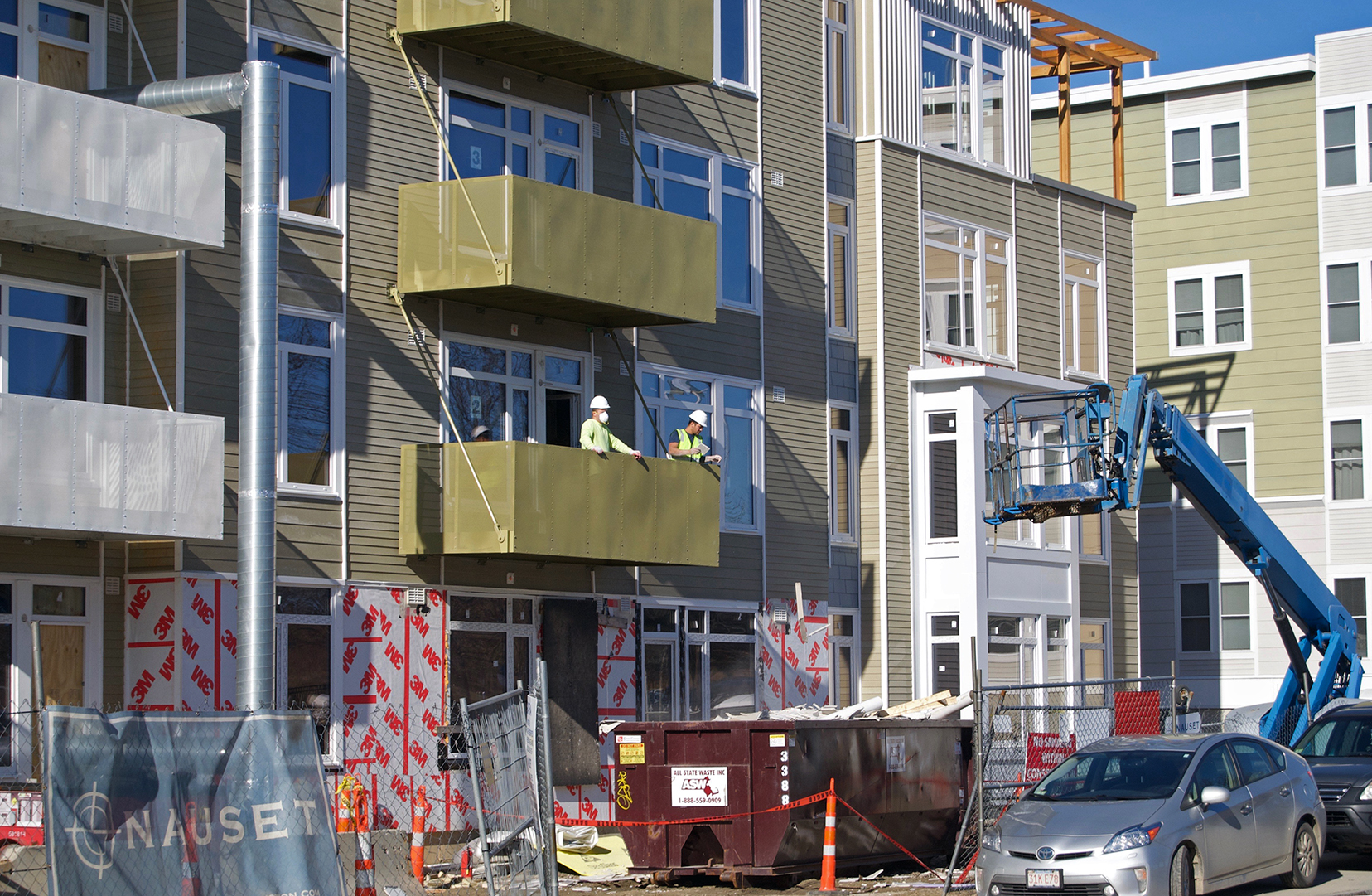 Question: to the Mods

Why is 299 Unit Apartment complex -- either infill or small development??

At the very least -- How about -- Alewife Area development
S

The red brick on Putnam St. is new construction. The lot was previously the site of a long, rectangular, one-story building,, possibly used as a garage.
B

253 Walden (believe there used to be a parking lot and storage building here.) Not my style but it does create a good chunk of street wall. Could be a while before they get a ground floor tenant, doesn't really seem to be all that much foot traffic there to support a cafe. 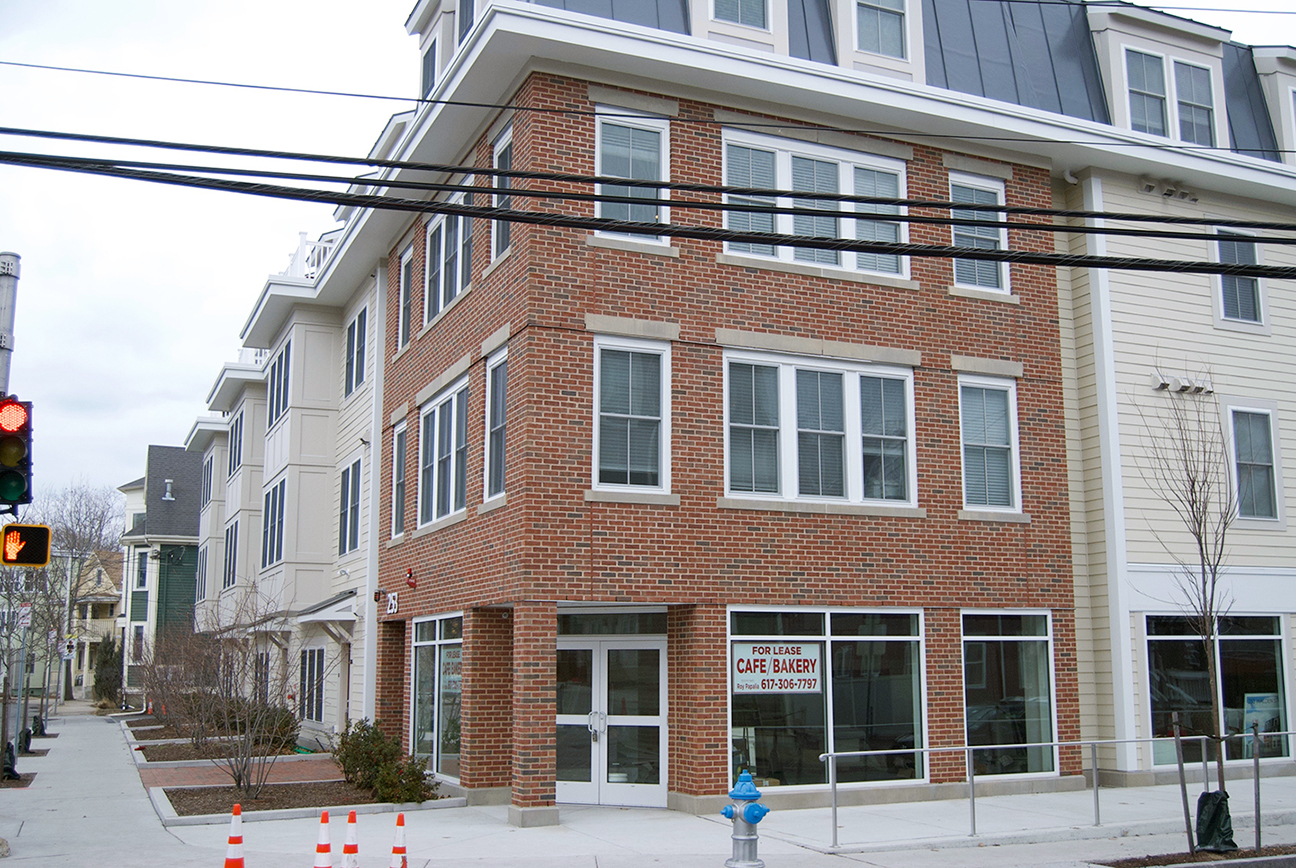 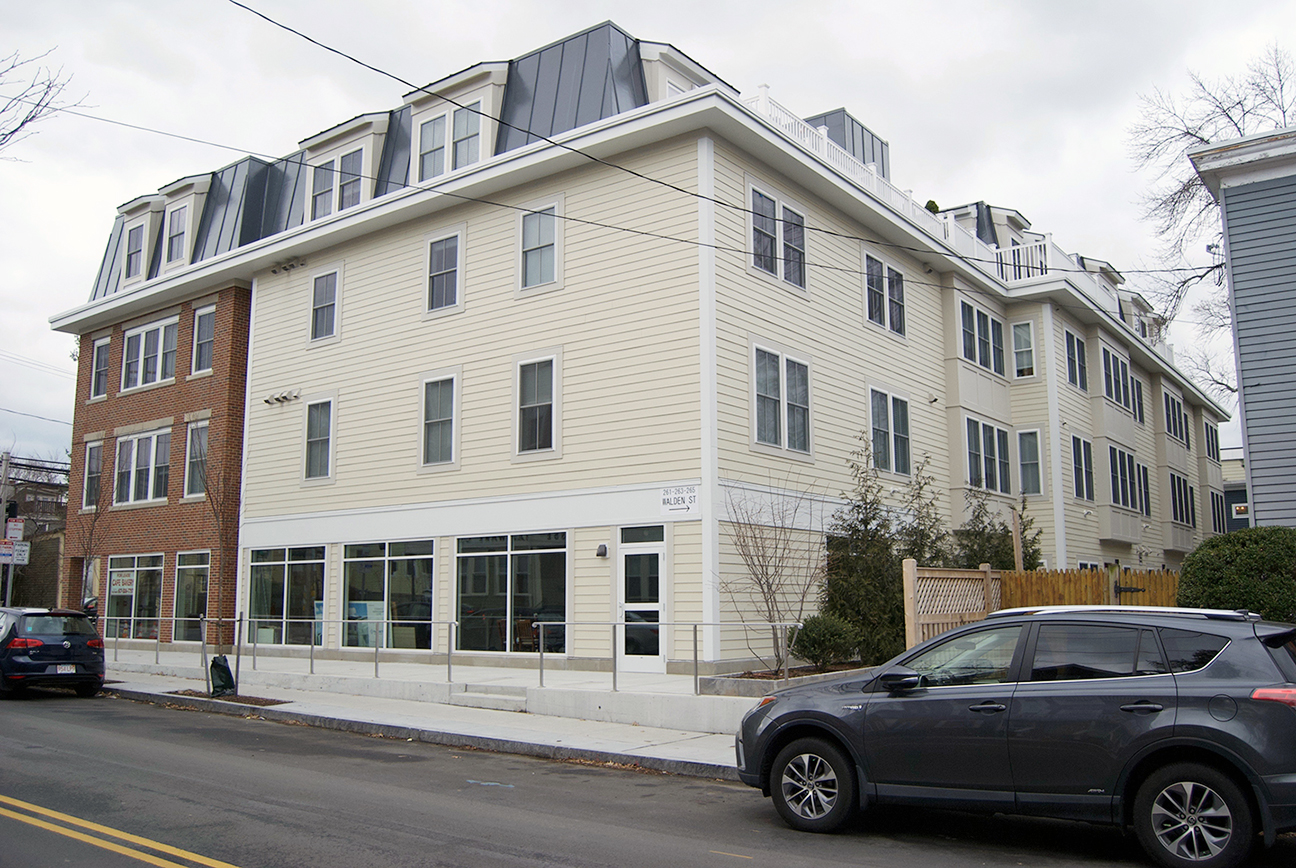 That used to be the parking lot for FX Masse’s Hardware. Its building across the street was converted to residential, but kept the lettering for some reason.
F

RandomWalk said:
That used to be the parking lot for FX Masse’s Hardware. Its building across the street was converted to residential, but kept the lettering for some reason.
Click to expand...

As a former Walden St. resident there's definitely time-of-day traffic for a brunch eatery. Up the street by the Concord Ave. intersection there's a couple such places that have carved out a living, and the ballfields at Danehy Park produce good surge crowds for the Walden Spa convenience store across the street from this. But it's very time-of-day discrete. PM commute everybody's just going home and staying home so a takeout dinner place would probably whiff hard.

The warehouse it replaced was a sketchy little shack of mystery. Some weekends they opened it up and did ad hoc estate sales. I picked up some cheap high-quality power tools and couple pieces of furniture I'm still lugging around from cruising those days. Other times I couldn't tell if it was shady mafia stuff that "fell off the back of a truck" they were pawning in there.

Anyway, I hope the patrons of whatever goes there don't get lost and accidentally wander into Paddy's pub on the way home. Awk-ward.
B 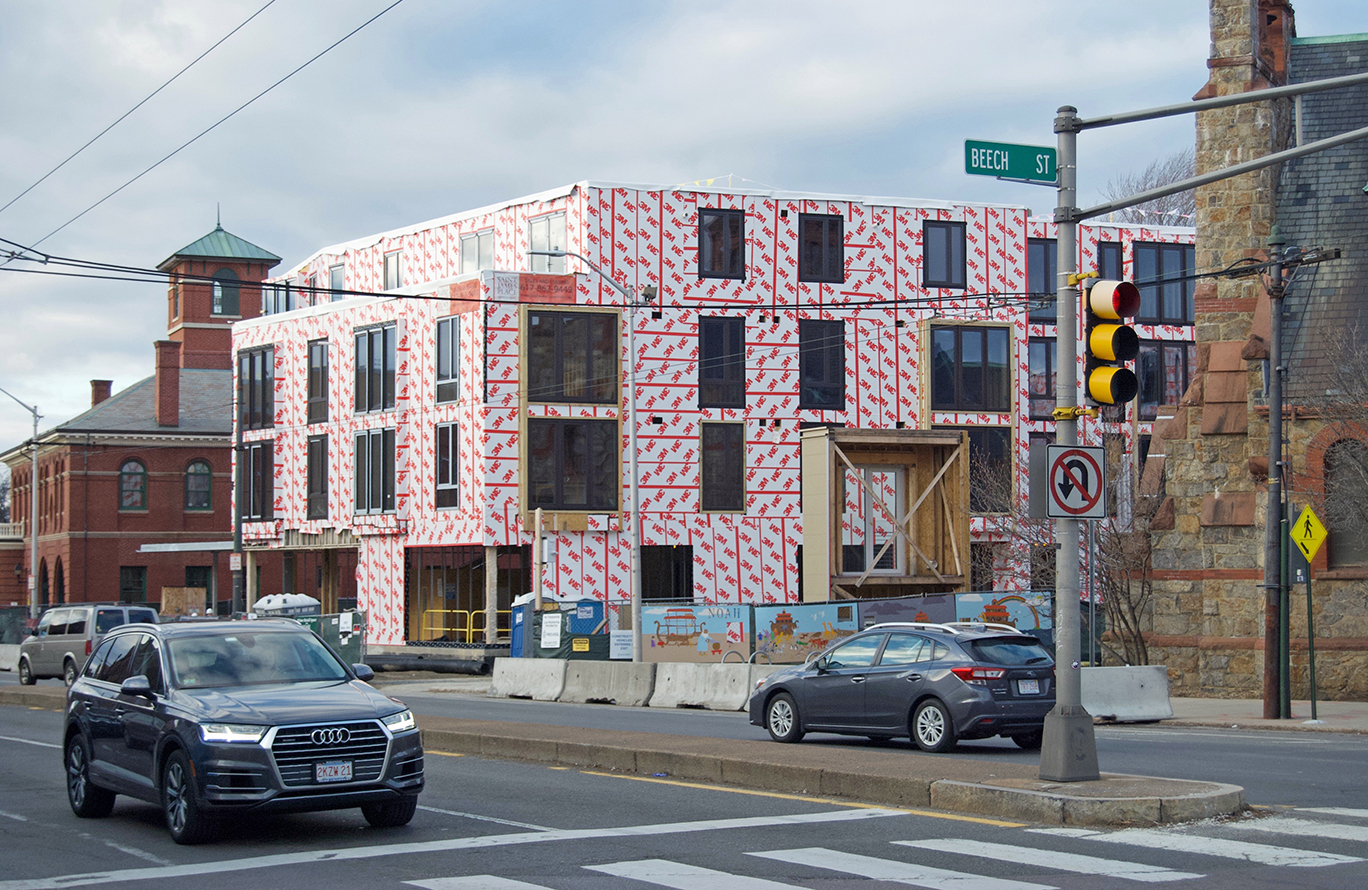 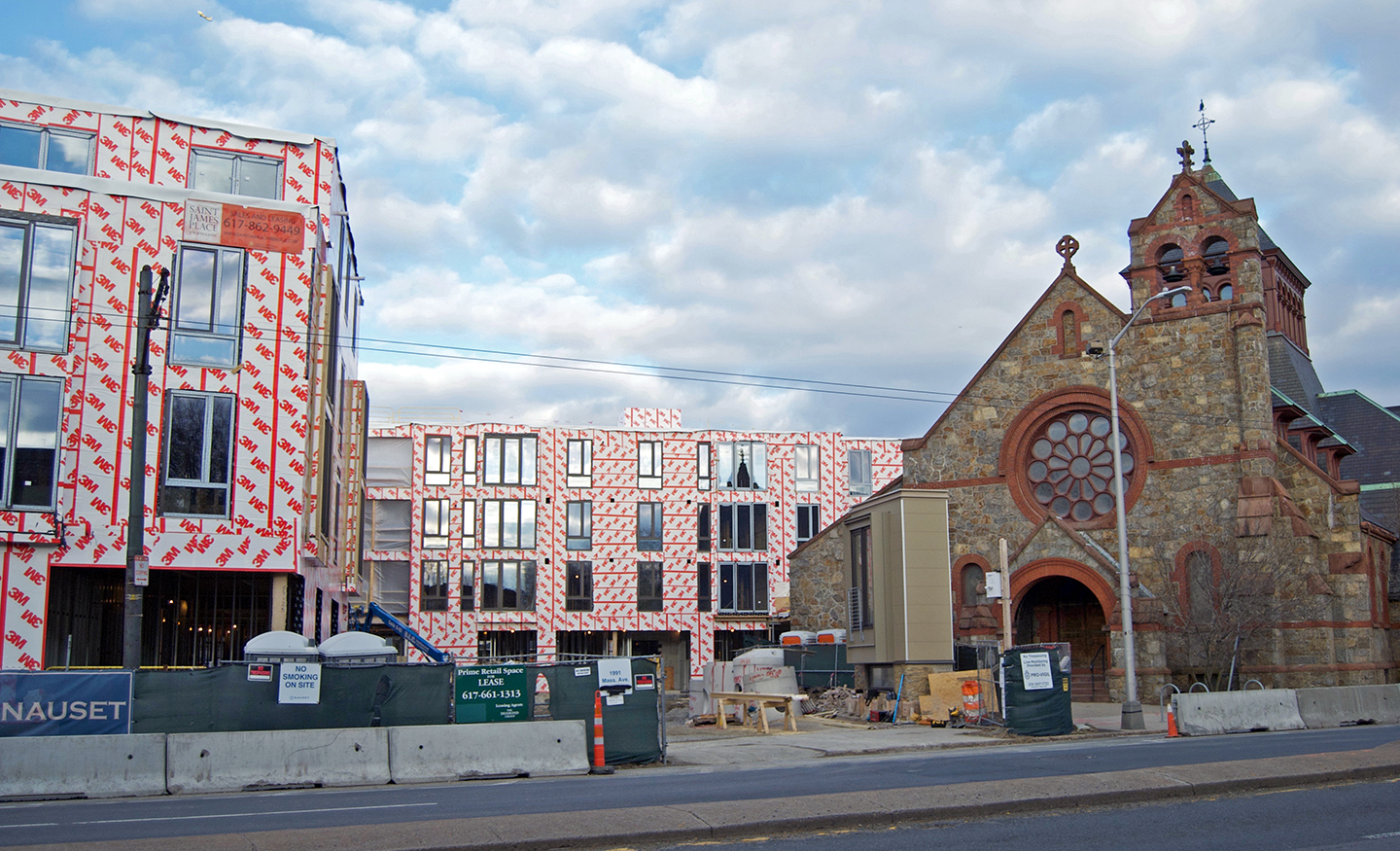 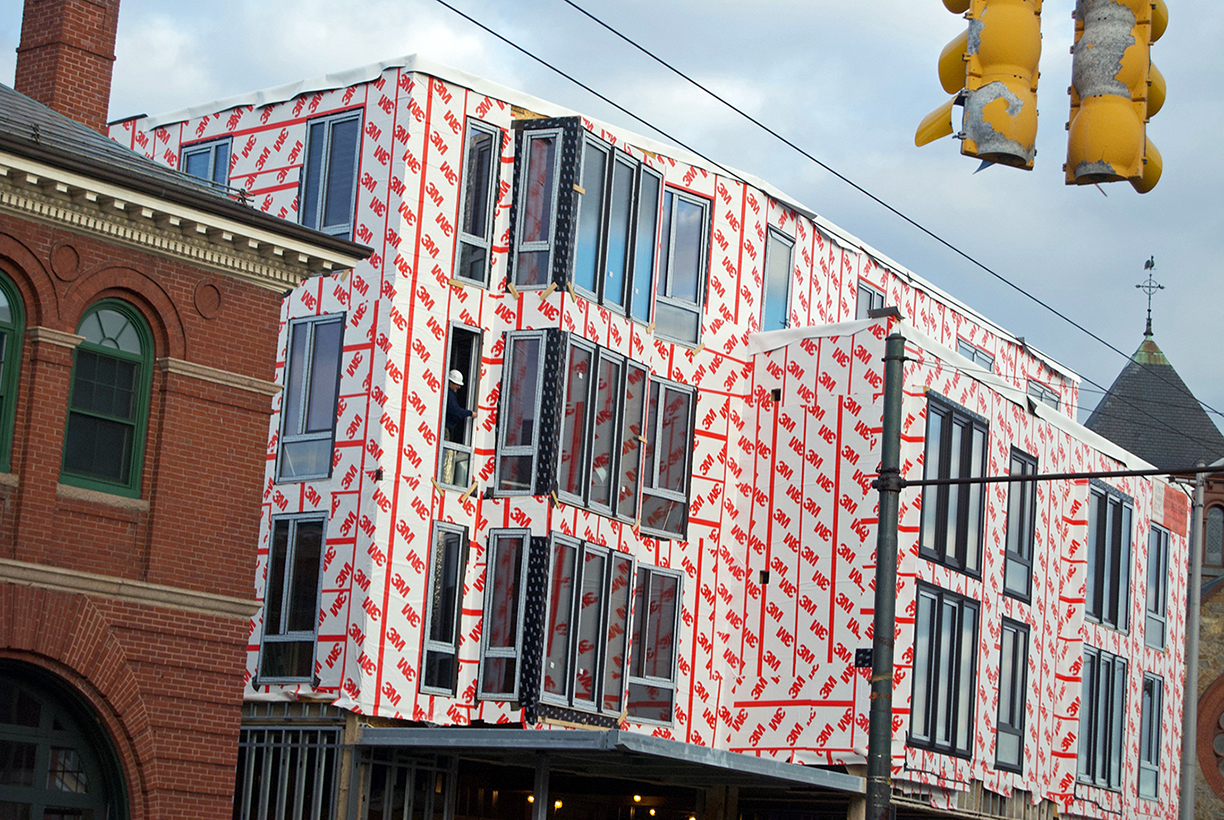 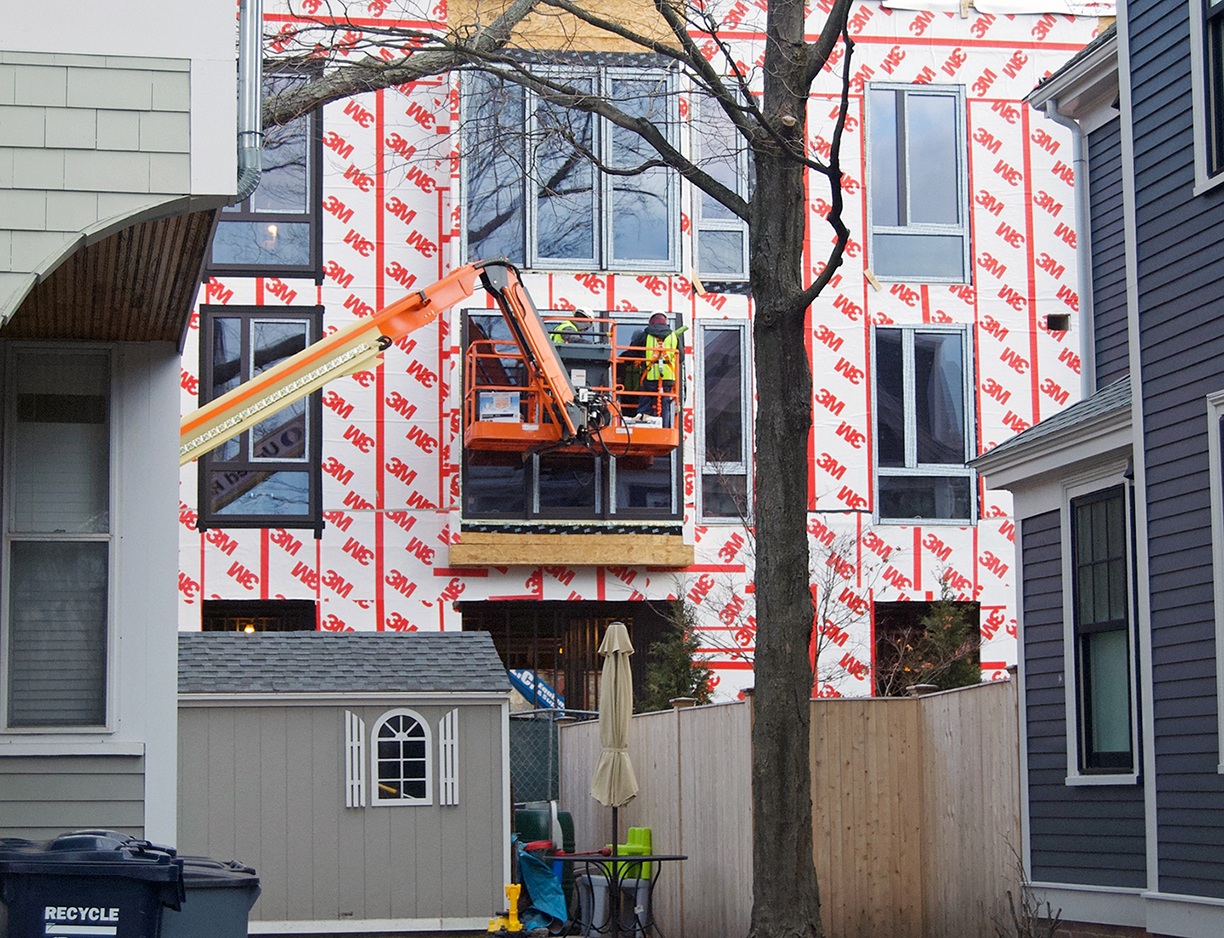 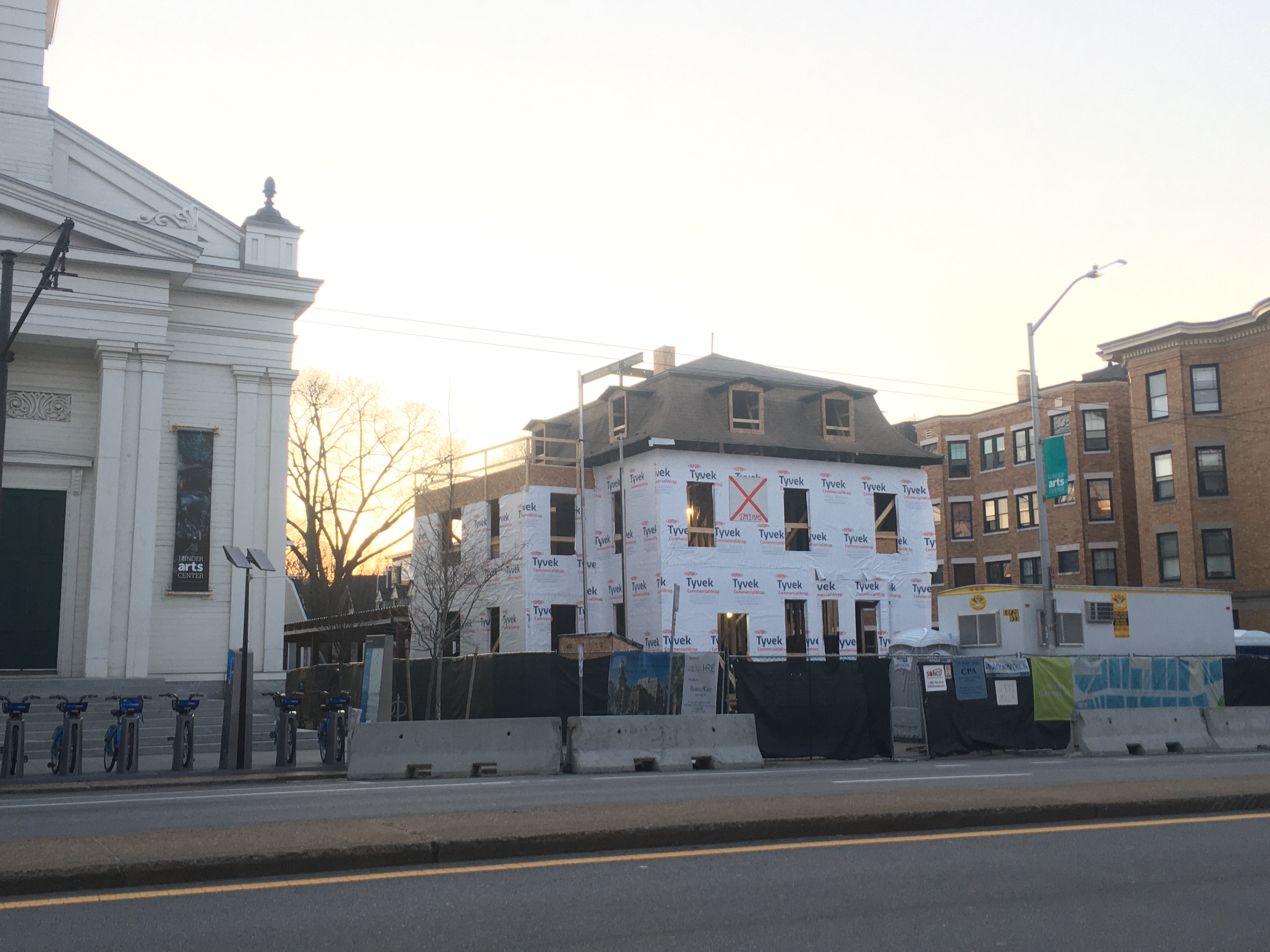 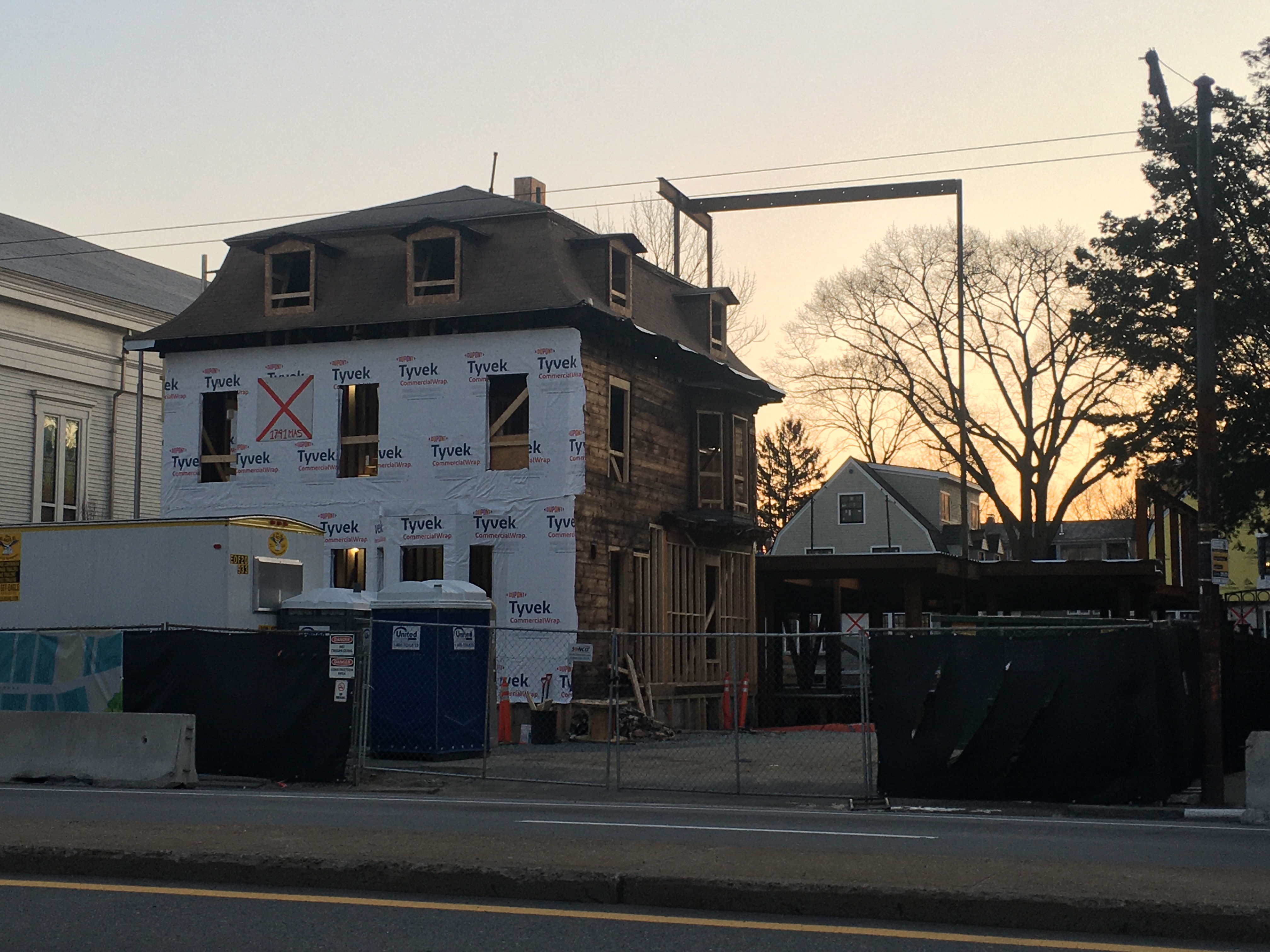 Two citizen-led attempts to protect Central Square against changes threatened by a wave of development have been begun and scrubbed since it was learned that The Middle East property is on the block. As much as $500 million in real estate could trade in the months ahead, one developer estimates.

A useful summary of several development parcels coming down the pike in Central Square. As a Central Square resident, I wonder if the City could landmark specific businesses and clubs, etc. and force developers to rehouse them on the back end of development. I know that it's hard to rebuild a business after the break, but the neighborhood needs to evolve. Folks seem very forgetful that when these clubs were in their prime Central was seen as a dangerous wasteland.

Also, I just love this quote:

“That’s ridiculous. Lab space should be nowhere near residences,” said city councillor Dennis Carlone, an architect and urban planner, on Monday. That lab space above The Middle East is a possibility is the result of a table of uses that he said the council has been urging the Community Development Department to update for several years and multiple council terms.

What starts with an N and ends with a Y? NIMBY! NIMBY! NIMBY! Seriously - it's bad enough that there's jobs near your central business district? Are you f-ing serious? You do realize that building also hosts Roxy's and a couple of restaurants? Not to mention the fact that like most exclusive zoning proposals the intent here is offensive as hell, since they're implying that they want the daytime population of their neighborhood to be the kind of people who frequent jazz clubs (read: longtime residents and former hippies) and not the kind of people who work in lab buildings (read: young people).

I also feel like this project (which I've never heard of... thanks, Cambridge Planning Board website...) is too small for it's own thread:

Get in touch with Chevron Partners.

The blank wall on the east side clearly indicates some expected future development there. 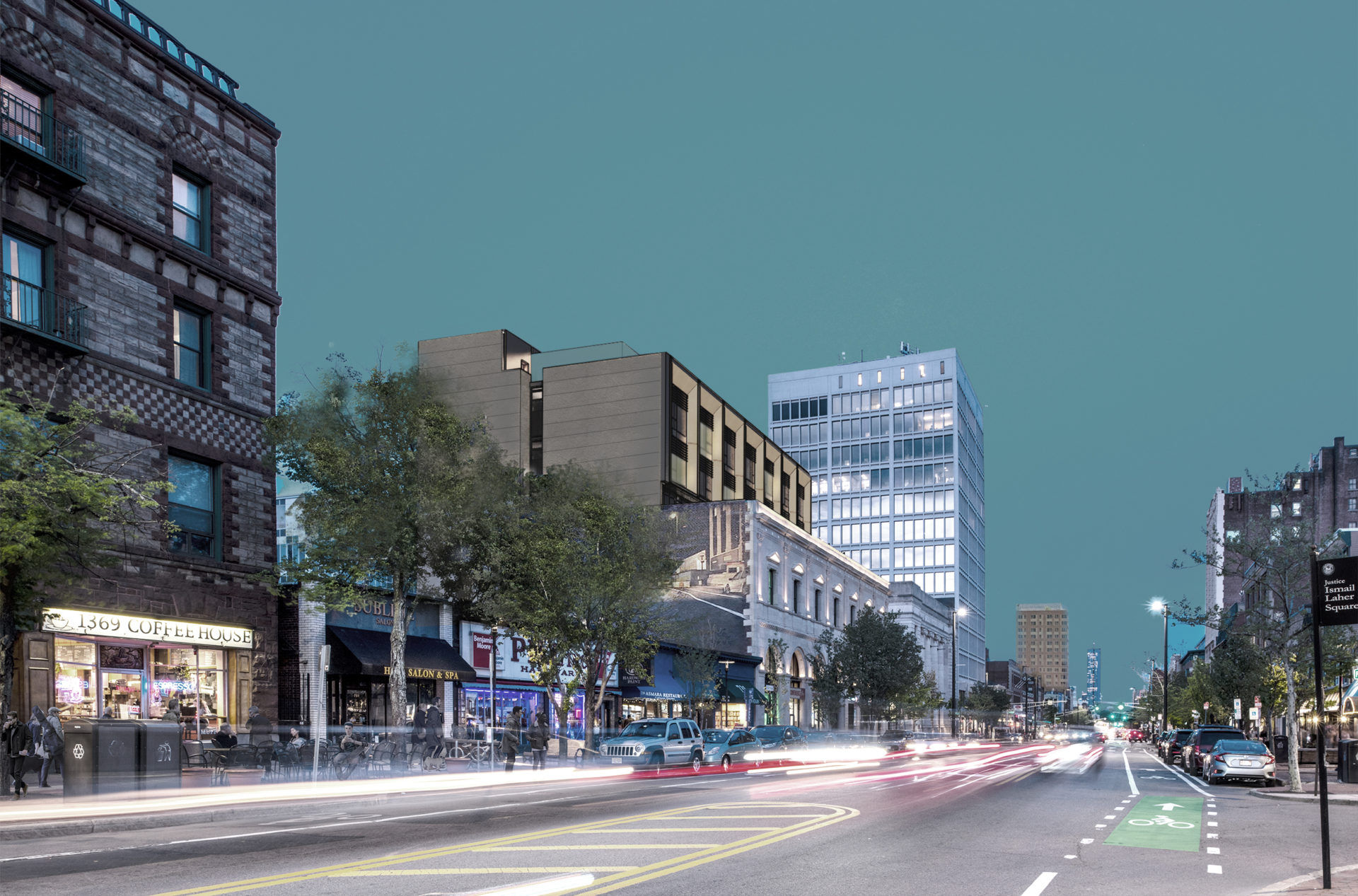 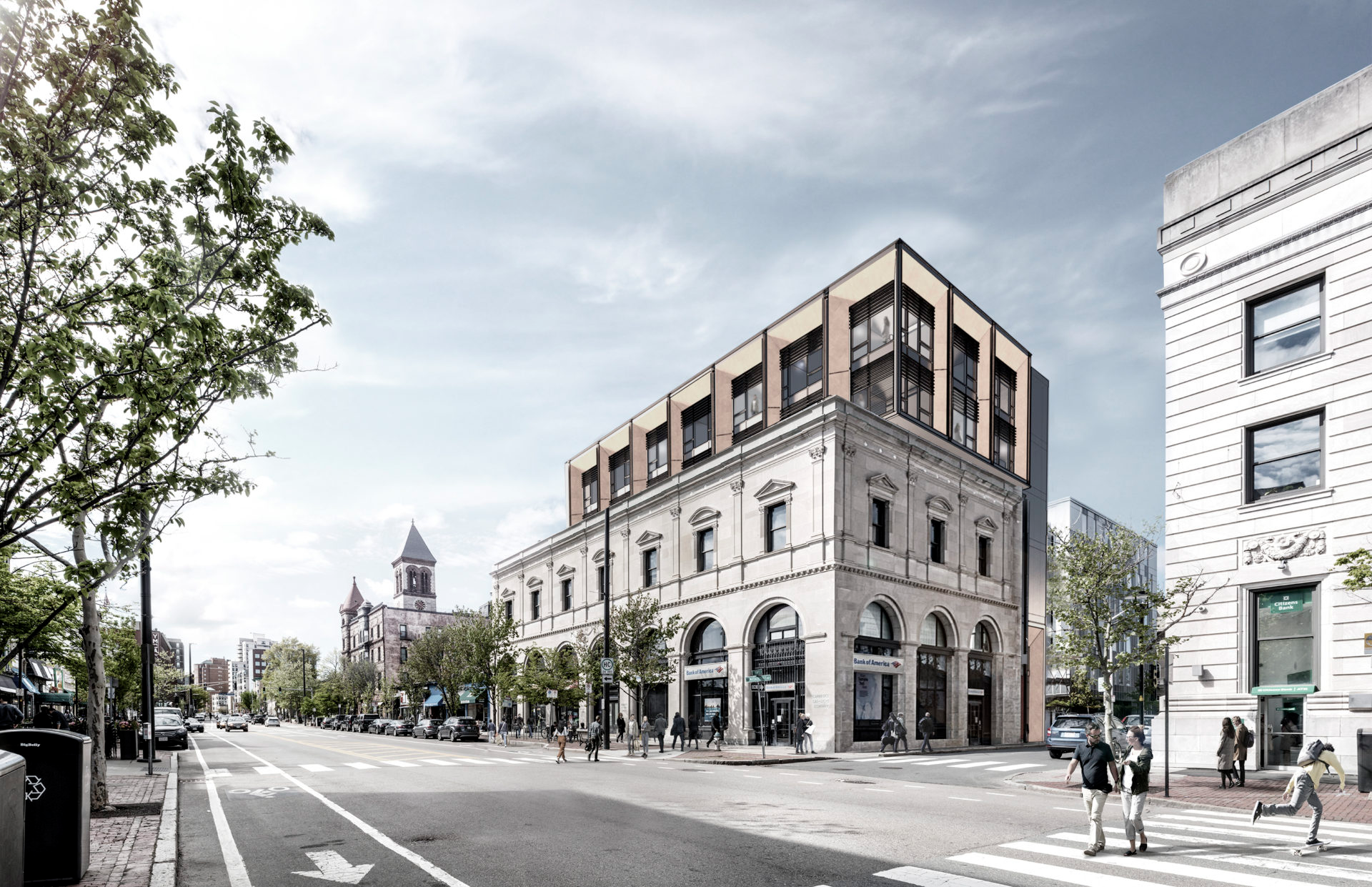 Good morning Everyone, a few pictures for you guys. 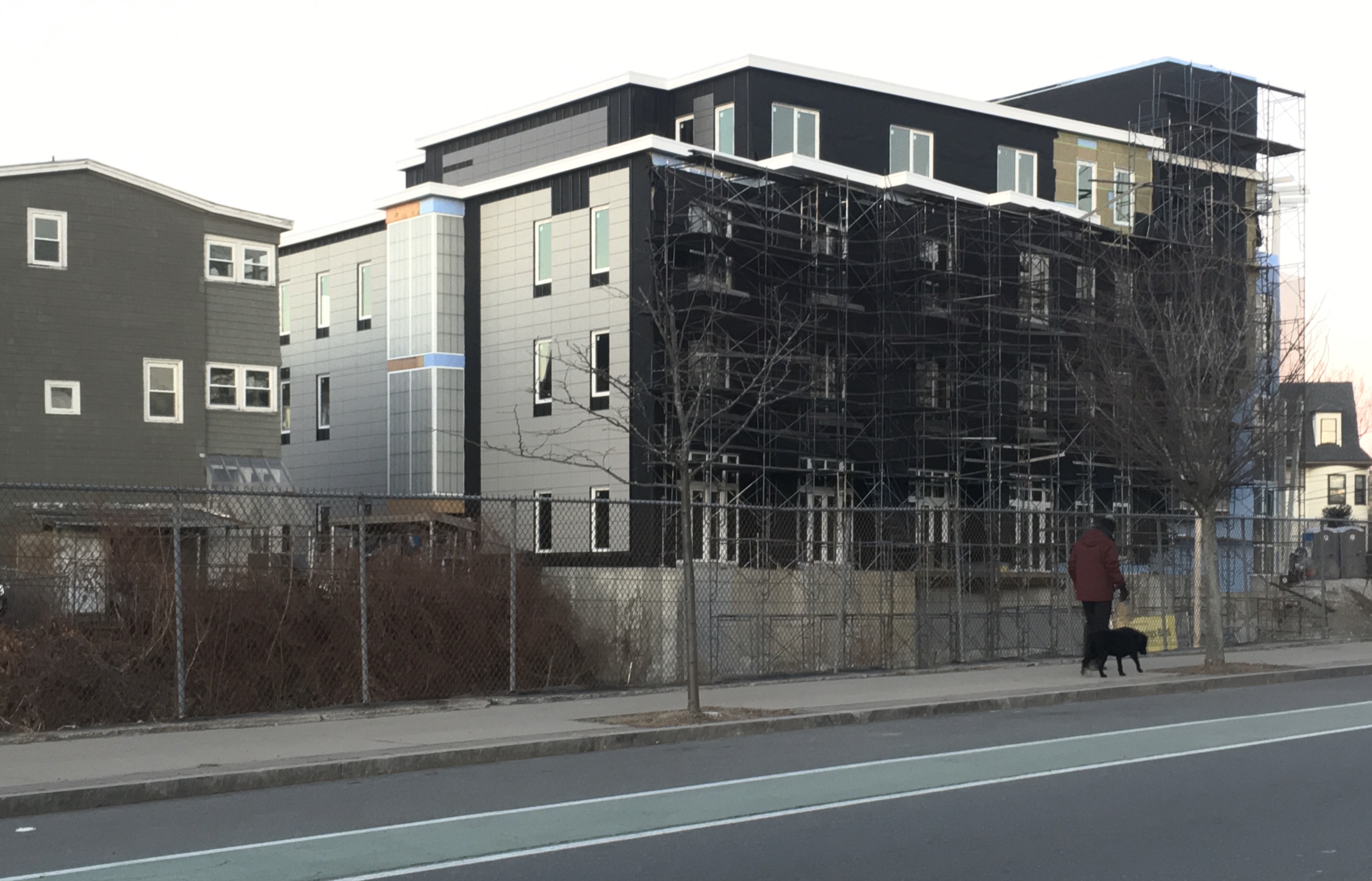 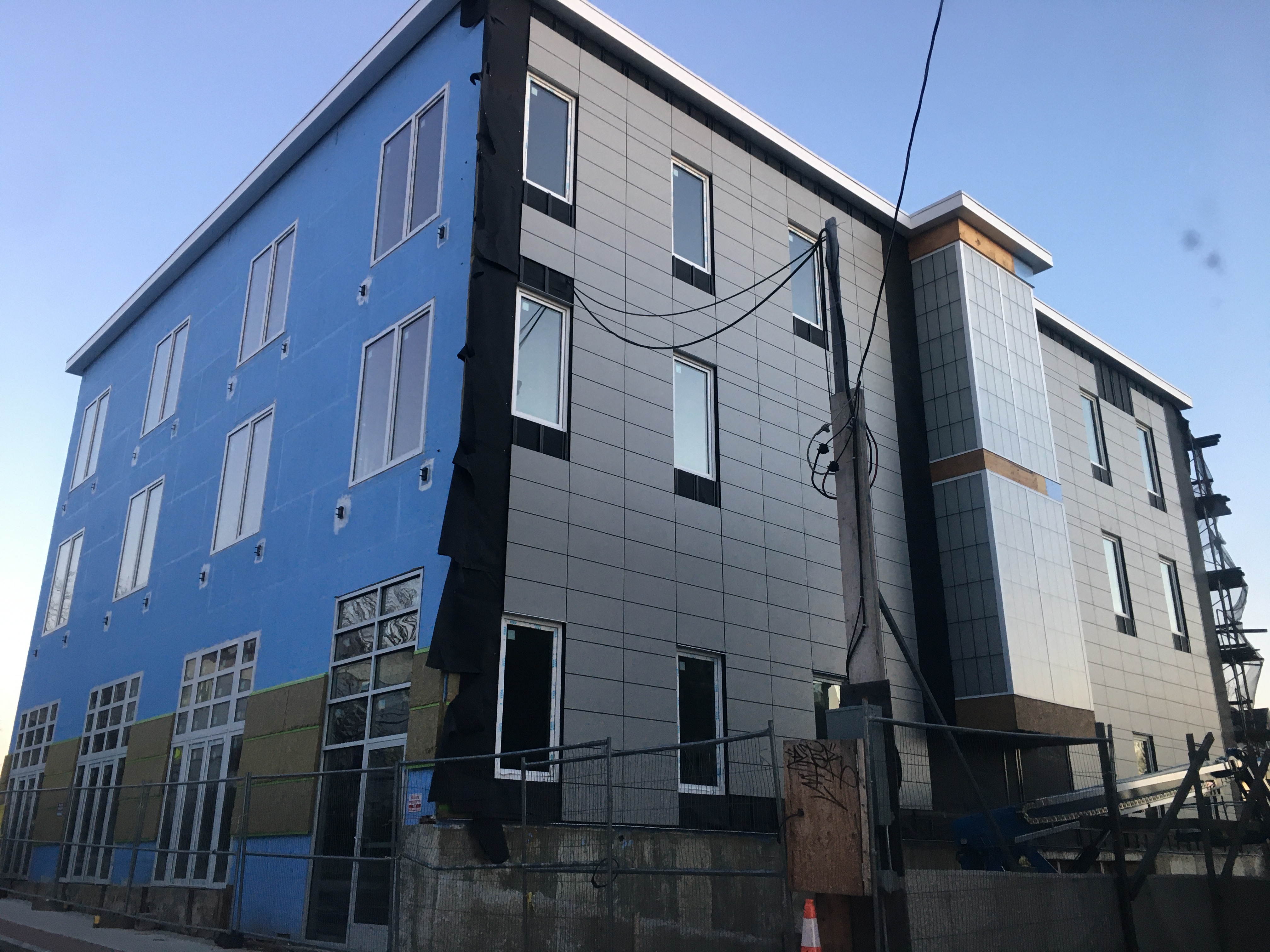 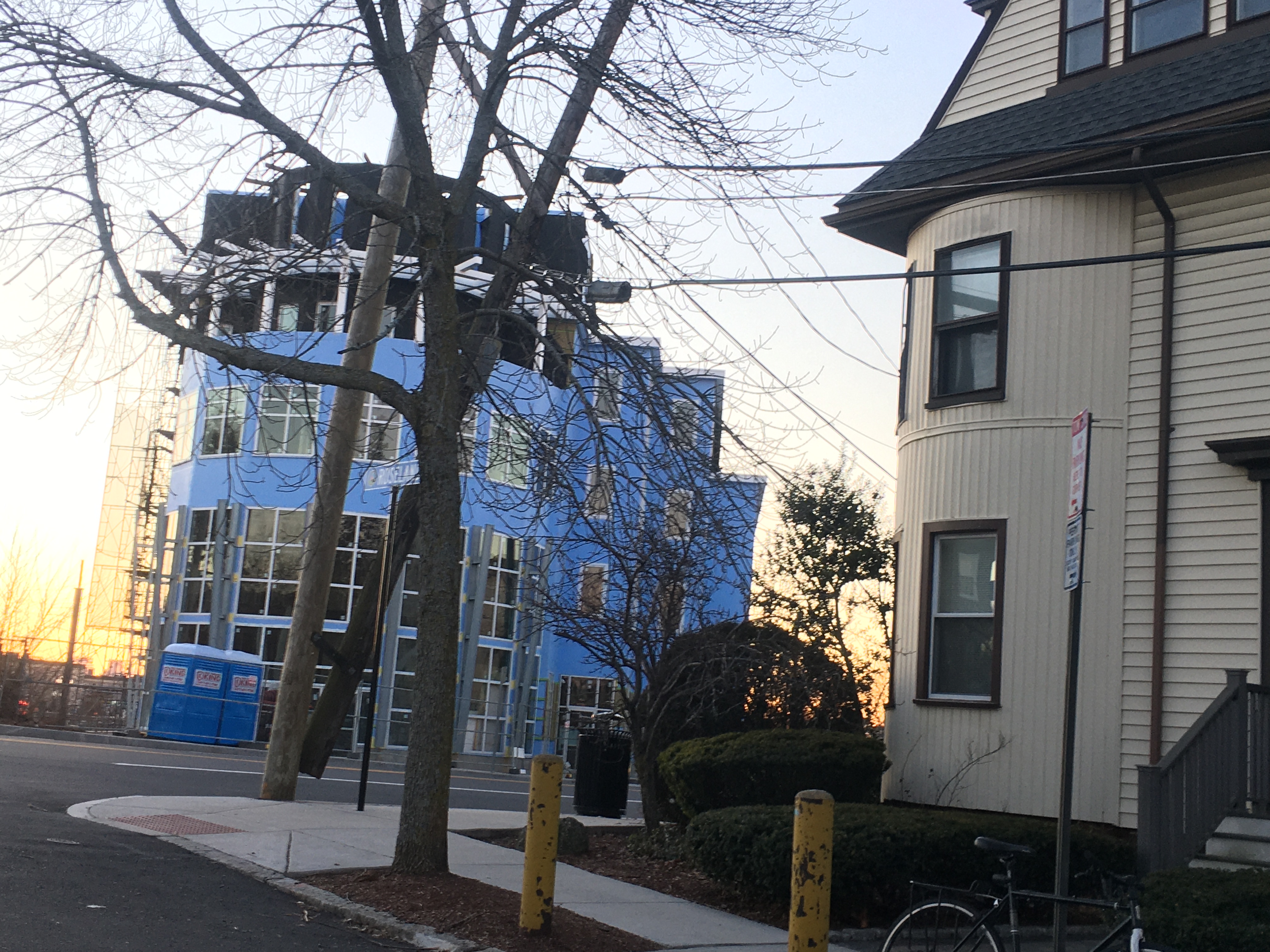 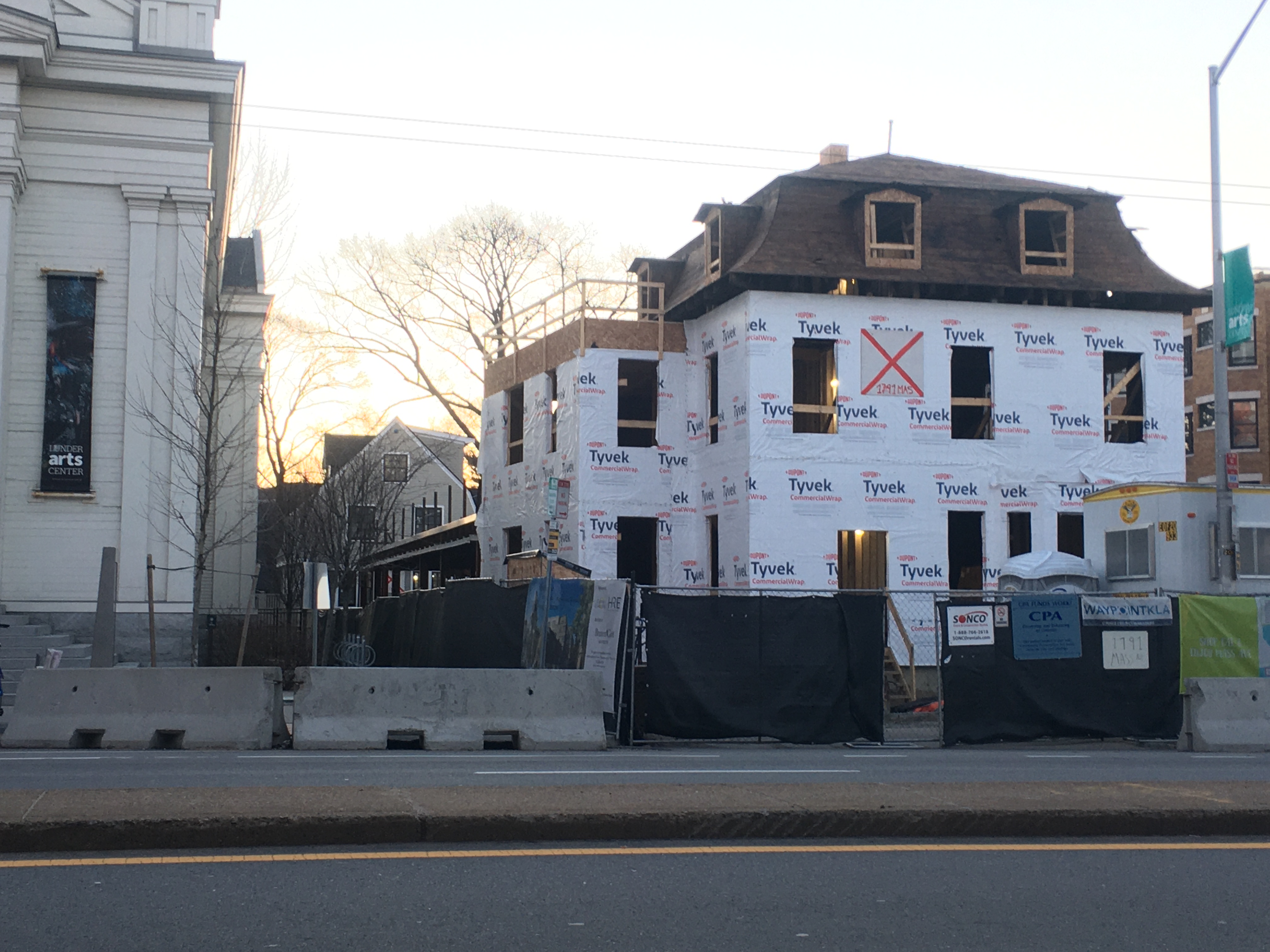 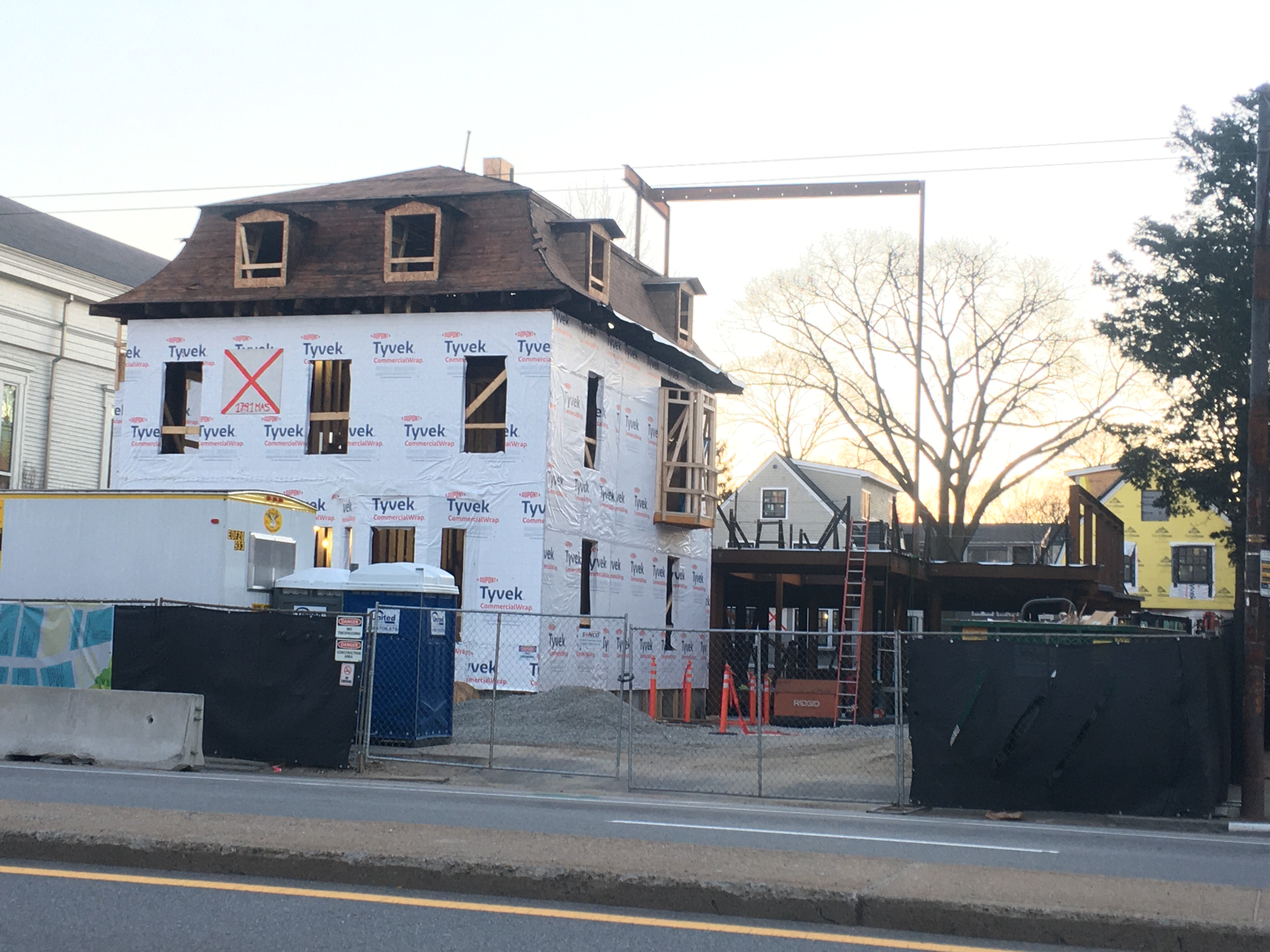 not that small hotel STILL under construction...
B

Near Harvard's Northwest building, a renovation of the house and a new build addition on a corner lot (there may be 3 condo units altogether). The addition is free-standing and not attached to the house. It was placed in the right front yard and the right side yard almost to the sidewalk. It would be hard to imagine the neighborhood didn't fiercely oppose this as being out of scale, out of character, and a loss of open space. Not sure if Cambridge revised zoning to allow this kind of construction in yards to increase housing density but if so this may have been built as of right and there was nothing the neighbors could do to stop it. 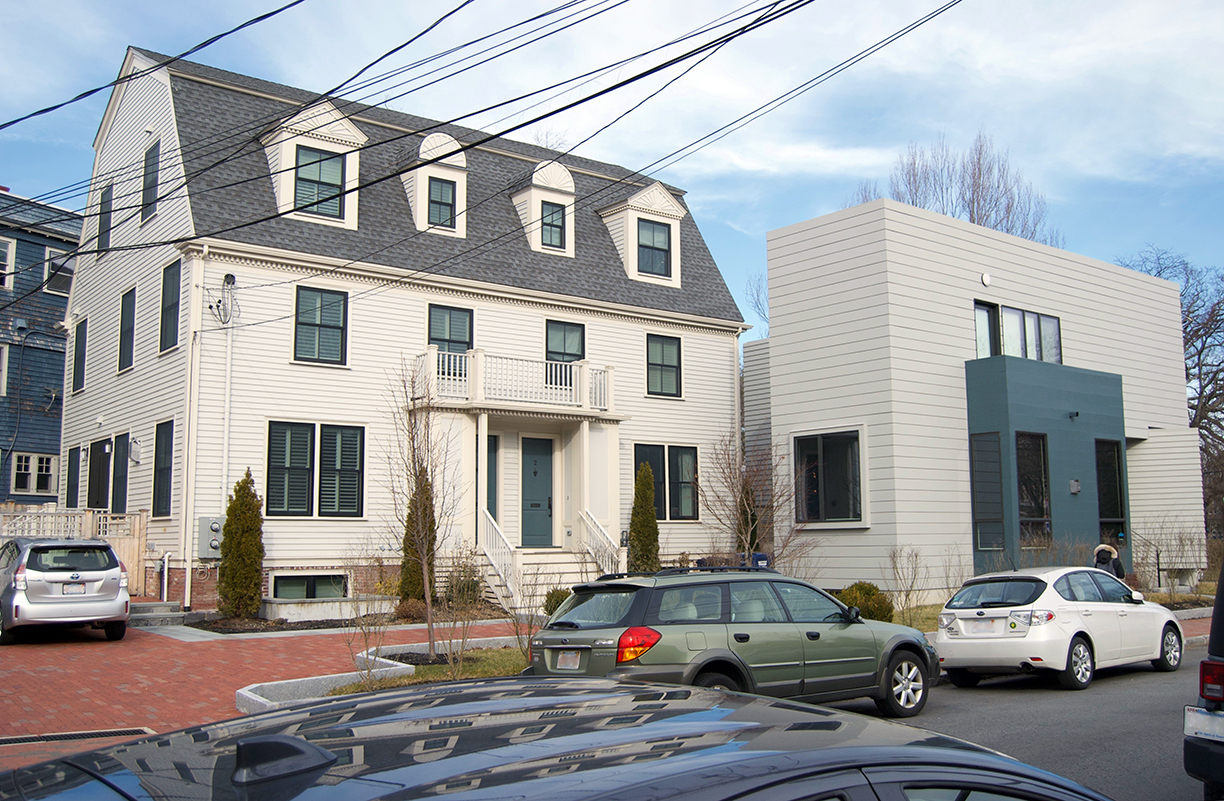 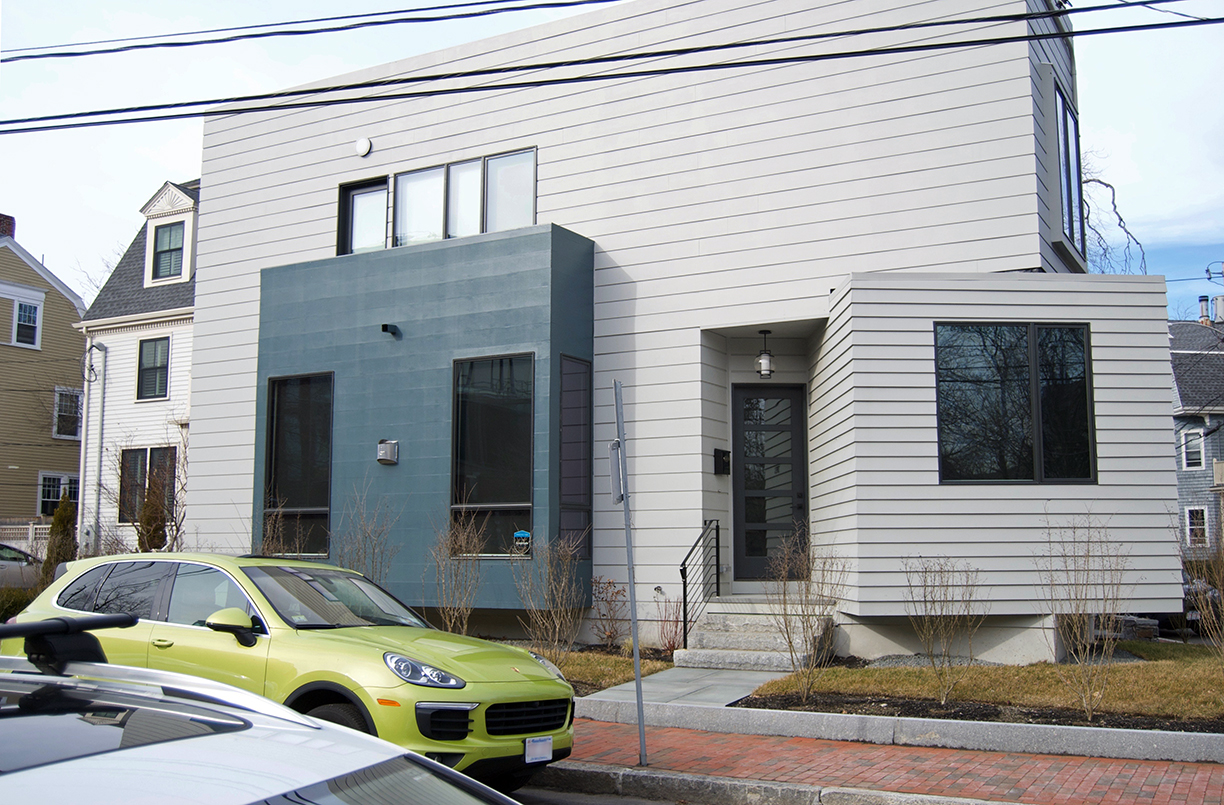 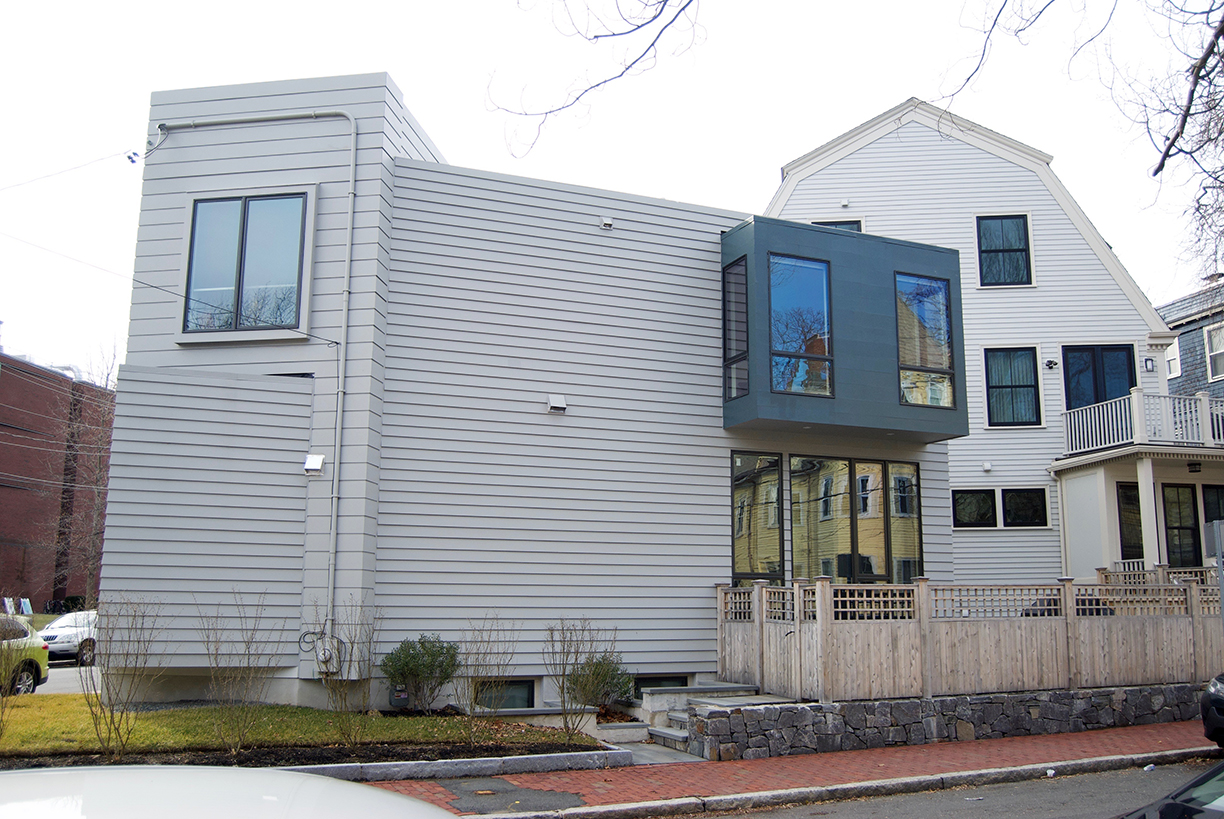 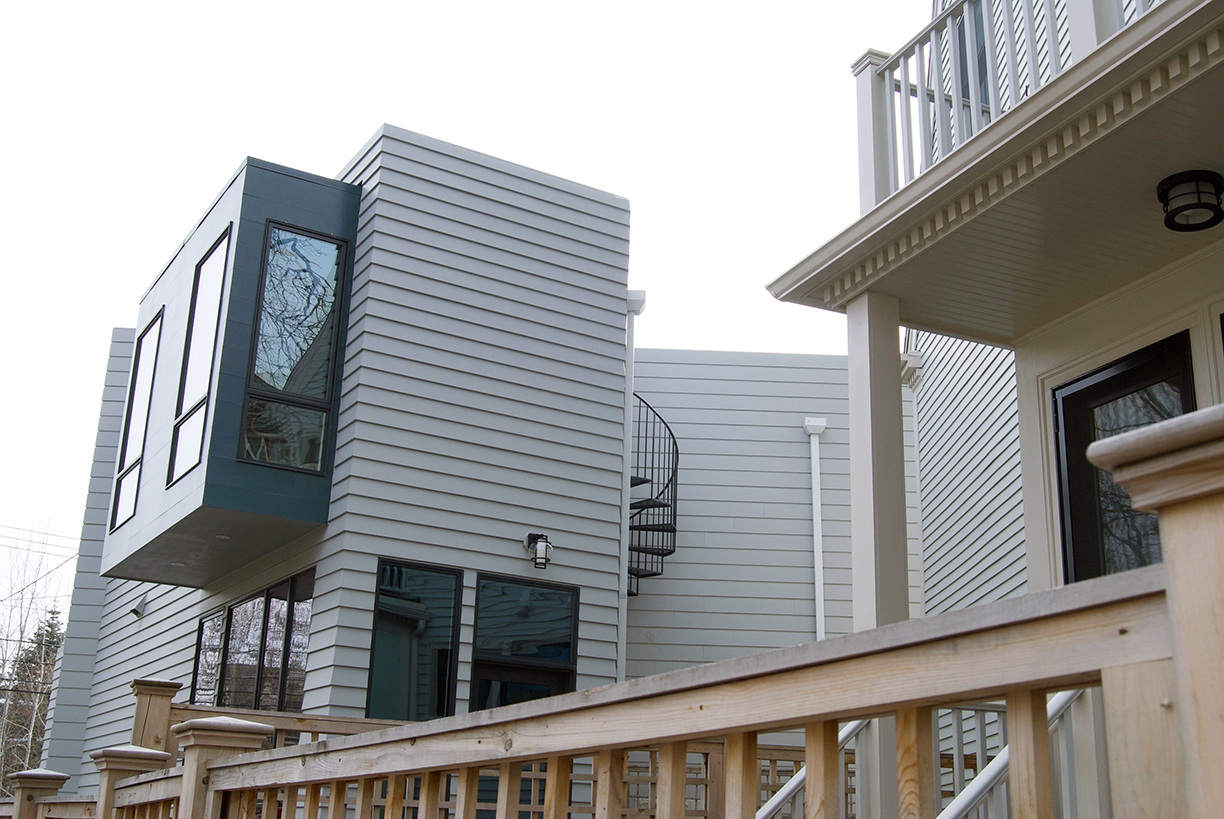