ccole said:
Exciting news - this project has secured a loan. Hope to see it rise soon!

Almost certain this loan is for improvements at the theater itself and not construction of the tower.

ccole said:
Exciting news - this project has secured a loan. Hope to see it rise soon!

$44 million is barely a quarter of the tower construction cost so I'll believe it when I see it...

So the Theatre has come out with some updates, what's going on now is "Phase 1" which is just in the theatre section with an estimated finish date of 2022. They reference that QMG has paired with Toll Brothers for Phase 2 and vaguely reference a 2024 date for the full project. Starting the project now will enable the playhouse to reopen in the fall of 2022, if all goes according to plan.

JDC Demolition was contracted by Suffolk to perform the complete demolition of a former Huntington Theater to make way for a new 34 story residential tower on Huntington Avenue directly across the street from Boston’s Symphony Hall. JDC’s scope of work included asbestos abatement, PCB remediation, hazardous building materials removal, and complete demolition of the 30,000 SF multi-story structure. Logistical challenges to this project included working adjacent to an existing renovation project to an abutting theater which made trucking and equipment access difficult. Other challenges included having to separate the structure from two existing building on opposite ends of the building which remained active during the entire process.
Click to expand...

Does the Huntington Theater know about this?
C

More like does the JDC webmaster know about this.


TomOfBoston said:
Does the Huntington Theater know about this?
Click to expand... 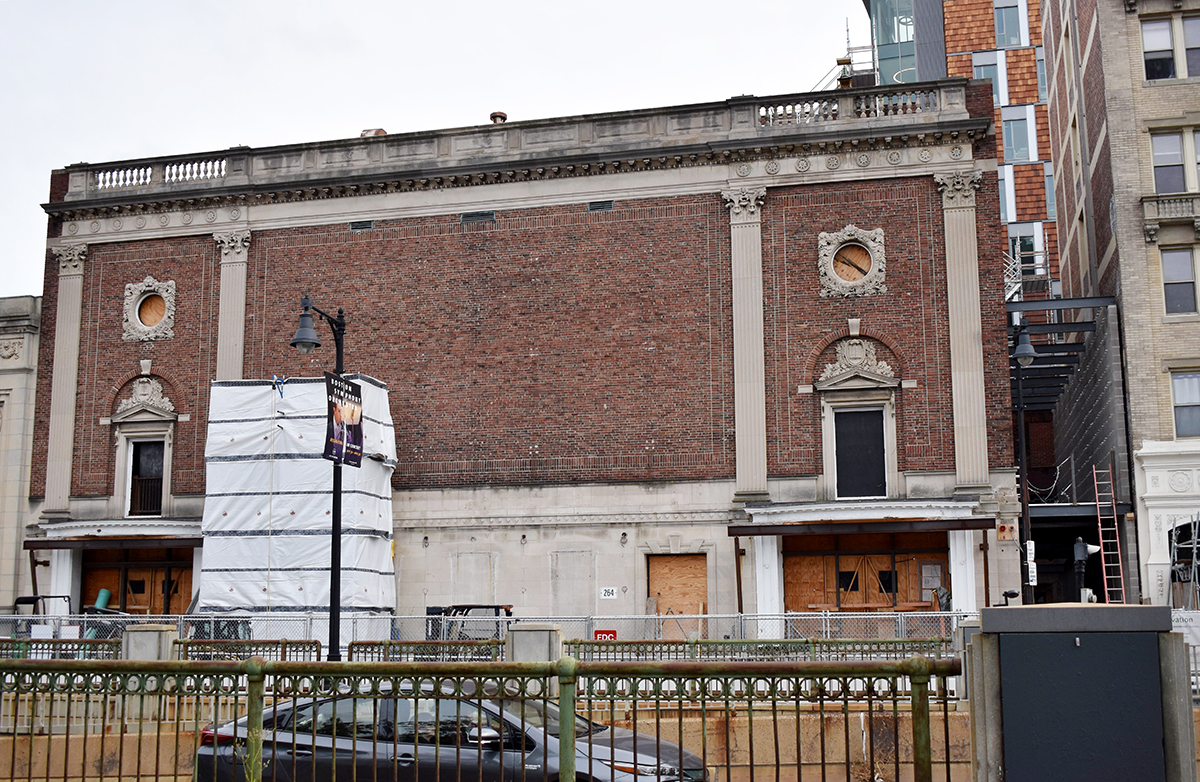 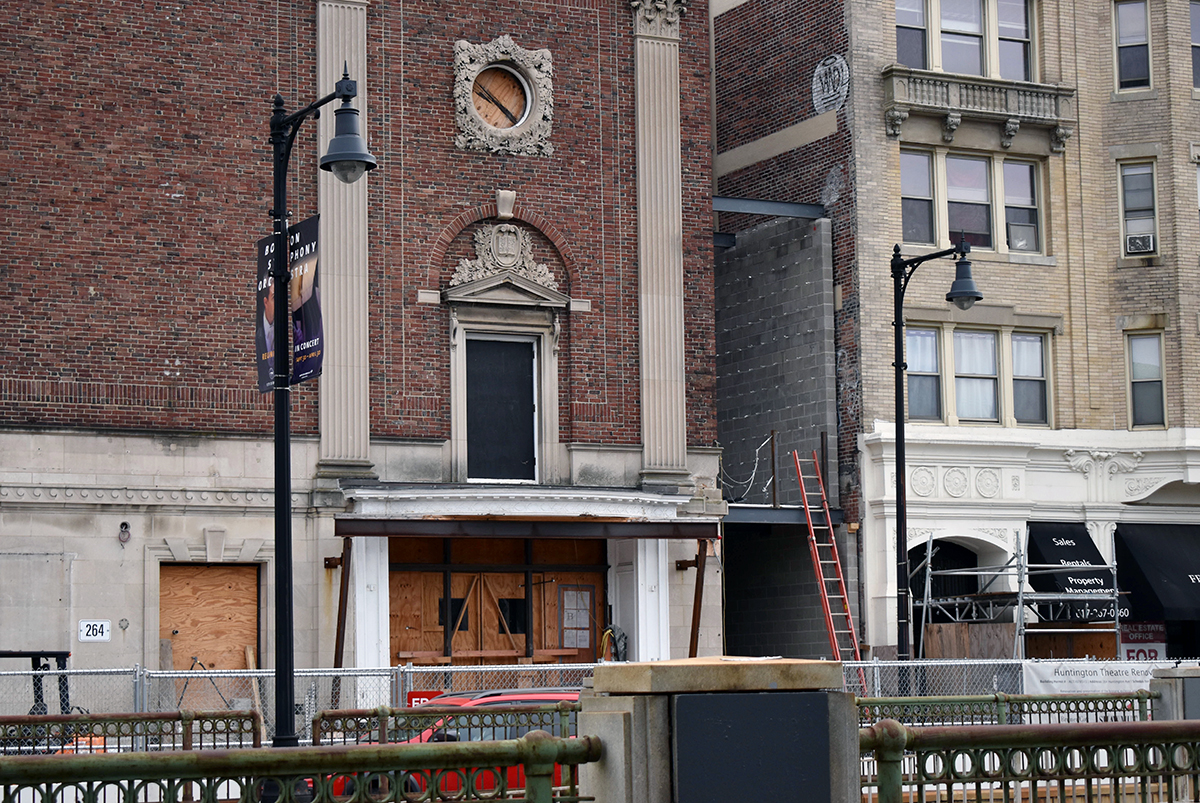 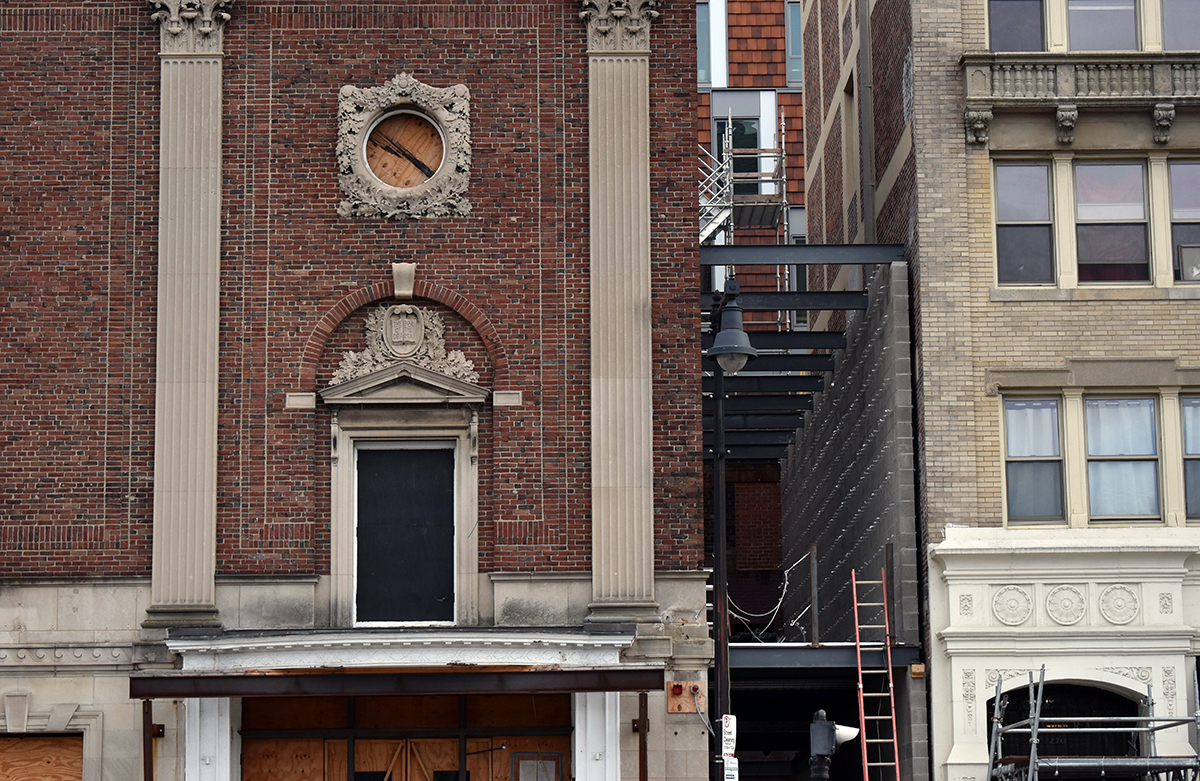 Theater work is continuing apace with claims of completion this year. 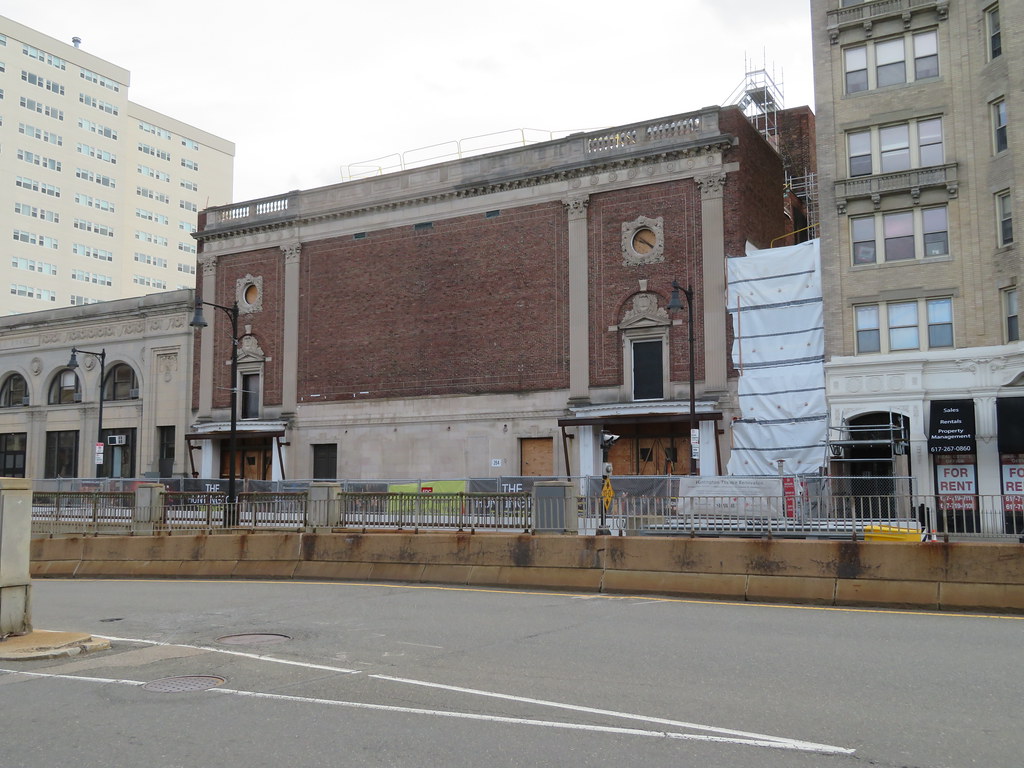 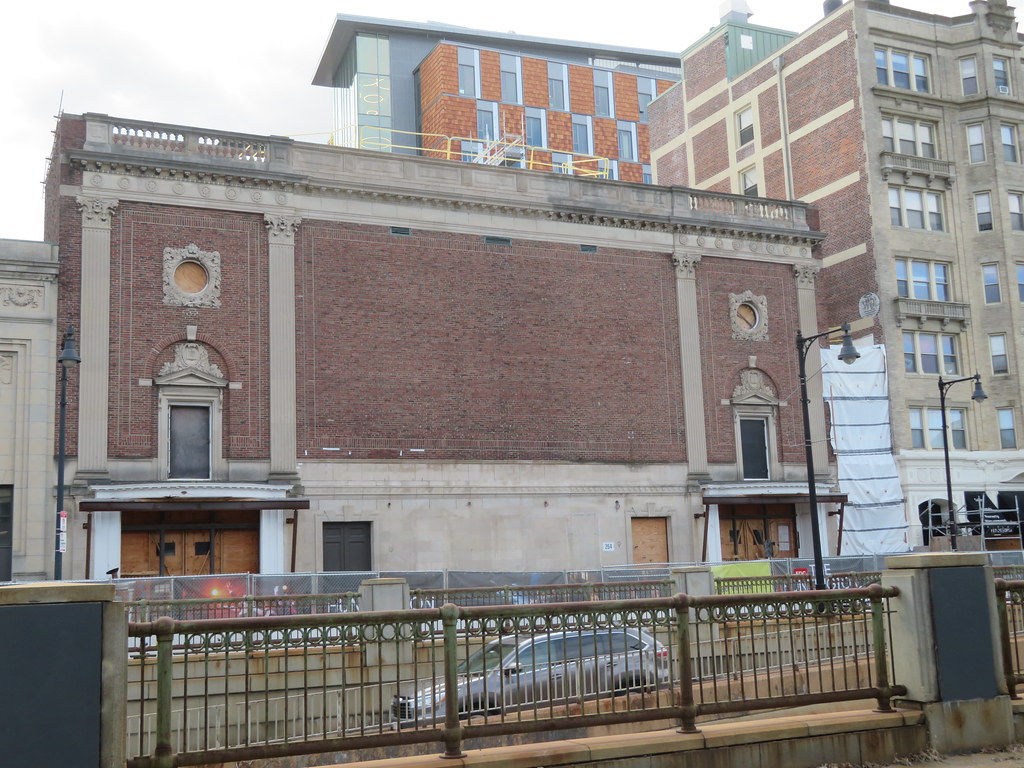 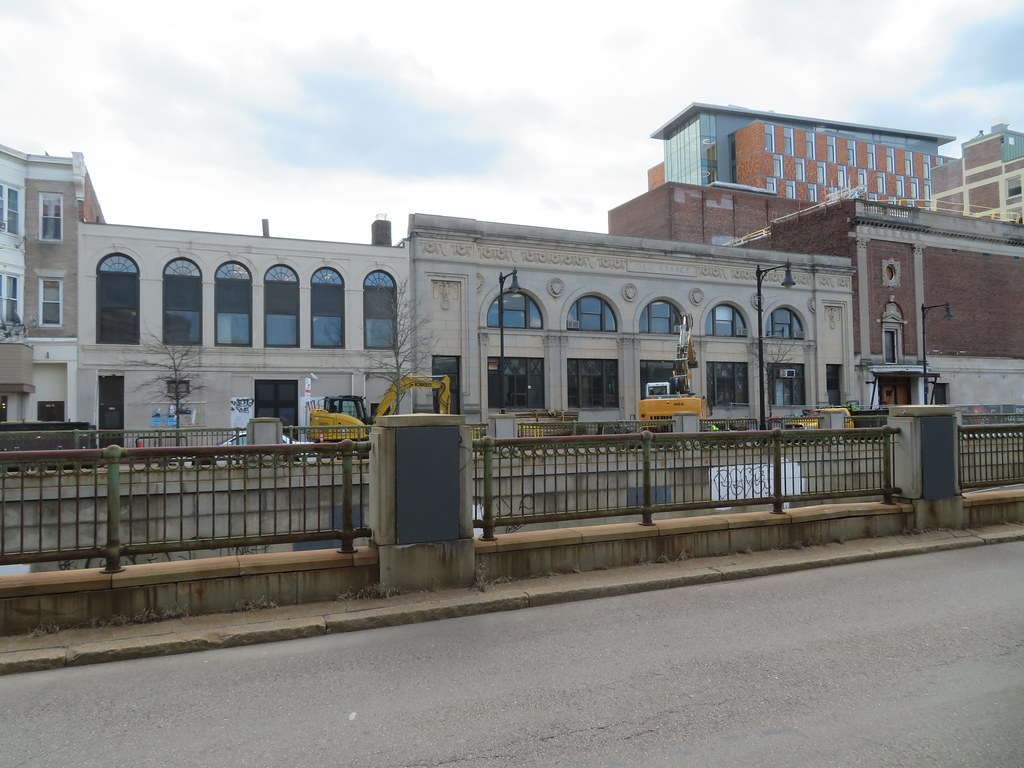 I wonder if that triple decker at the left end is holding up the condo project?
Last edited: Mar 31, 2022

NorthshoreCity said:
Found the FAA records for the height on this one. 398' to the top of the top of the building and they requested an obstruction evaluation extension earlier this year for the building whereas they have not done so for the tower crane yet.

398....32 feet taller than 177 Huntington; this will decidedly push the "skyline" westward a couple of blocks.
R

cburns said:
398....32 feet taller than 177 Huntington; this will decidedly push the "skyline" westward a couple of blocks.
Click to expand...

why's it a good (or bad, or anything) thing for the skyline to expand?

If the skyline became iconic and helped drive tourism then it would be good but only one city on Earth has truly achieved that.
D

chrisbrat said:
why's it a good (or bad, or anything) thing for the skyline to expand?
Click to expand...

For some people, it looks cool and they like it. For other people, they don't care. It's like asking the same question about a Boston sports team winning a championship. It makes some people happy, whether or not it makes a discernible difference in the rest of their lives other than just being happy for a win. Not everybody is a sports fan, so not everybody cares. Not everybody cares about anything though. It's like, why build another theater if I'm never going to go to it? But somebody is going to go to it, so it doesn't have to be "my thing" to still be something positive for the city.

One thing more universally positive I will bring up is that Boston, more than almost every other (North American) city, is confusing and convoluted enough to really benefit from taller visual markers. For instance I would often be slightly confused as to the exact location of North Station, but now I can pick it out with no problem. So having 1-2 standout buildings per neighborhood definitely makes it easier to navigate and better understand how areas relate to each other. Fenway is way easier to pinpoint because of The Pierce and everything else on Boylston Street. Blackfan marks Longwood. Suddenly Union is visible and I never could recognize it without that new tower, other than being right in it. The whole city feels more urban and more connected as the skyline grows. Personally, I am of the mind that cities either strive to grow, or start to decay, and there's really no way to just keep things the same in the long run. So for me, the highrises are the true sign of this physical growth and it's something I am particularly proud of. Not everybody is or has to be proud of that, but I do think most everybody benefits from the additional visual aids.
Last edited: Apr 16, 2022
R

chrisbrat said:
why's it a good (or bad, or anything) thing for the skyline to expand?
Click to expand...

It's odd that the two views that are most prized (in a general sense) are "water views" and "skyline/city views" -- and that's for the general public. It's fairly straight forward; or perhaps I've spent too much time at Arlington's 'Skyline Park', where the difference between a small number of buildings dotting the landscape and an expansive, more dynamic visual sweep, is practically tangible.

Again, that appears to be the general consensus for most people who live near a city (the most prized viewpoints are areas of natural beauty and/or human-made skylines). On this website about urbanity and architecture, the idea that someone would celebrate the prospect of a nice skyline having more of that skyline feels fairly intuitive.
D