Yesterday brought news of a new development to replace the Sylvania Osram plant that was shuttered last year:


They are calling it "mixed-use", which is encouraging. However talk about getting "500 cars on site" makes me think that this will be another in the endless chain of South Willow strip malls. I'll still likely avoid S. Willow like the plague.

In uplifting news, they finally had the grand opening for the new bridge over the Piscataquog River this Monday.
M

Apartments are going in between Riverwalk Place condos and The Ball Stadium on the East side. I can see it from my window of my shop.
That old OPAS building is no more and a new one is going up.
Giorgio's on Granite and Second ST. (right down the street form my aquarium store at 45 Blaine st.)
A new building (unknown to me) on Queen City Ave is going up.
And the Sundial Center is being proposed to have new luxury apartments or condos put up there once the school leaves I believe.
H

The thread...lives! Thanks MonopolyBag for doing your best Dr. Frankenstein impression. There are a few new developments and repurposings of old/underused properties in the city proper.

Here's an article about the Riverwalk apartments and the proposed Sundial Center apartments. Also of note is the proposal by Bill Binnie's group to turn the Citizen's Bank building on Elm & Hanover into a mixed use building with 91 apartment units.

Construction at Giorgio's on Granite continues. The design is...questionable.

The Hoitt Furniture building on Valley & Wilson will be turned into a drug rehab resource center housing a few different organizations.

Any idea what's going up on the old OPUS location?

The Riverwalk and Sundial apartments are exciting additions to the city--they're not right downtown, but should bring some more energy to the Rivers Edge area of town and might help tie it to downtown.

The conversion of the Citizens Bank building into retail and housing is very exciting. There will be 16,865 square feet of retail space on the first floor (which seems unusually large for downtown, and could possibly attract an anchor-type tenant) with 91 apartments on floors 2-10. Here's a packet that the developers submitted to the City.

I wrote in 2013 on LivableMT about the MHRA's plan to build housing for people with mental health issues at the OPUS location, so I'm assuming that that's what is finally being built there. While I laud the goal of building that kind of housing in a walkable area, it is extremely unfortunate that one of the oldest buildings in Granite Square was demolished when there's an empty lot immediately adjacent to it.

In other interesting news, the NH chapter of the American Institute of Architects just announced the winners of their annual competition for young designers. This year's competition was the design of an intermodal transit center on the Bedford Street lot site, with the requirement that designers come up with a complimentary secondary program.

Rendering of the winning entry by Katie Cressal and Ernesto Rementilla

Rendering of my entry

While mine was not one of the winners, I really enjoyed working on my submission to this competition, and am proud of the program (an innovation center with a public makerspace) and design I came up with. LivableMHT has been dormant most of the past year as I've been very busy and haven't been getting to Manchester as often as I used to, but I'm hoping to get permission from AIANH to post all of the entries on LivableMHT.
F

The "big forehead" is a little bit reminiscent of the transit center in Greenfield at the new Vermonter stop. Could either look really nice or really clunky depending on how they mind their execution. It's a very good disguise if that's the parking level, however.


Full canopy for the commuter rail platforms are definite no-go. The freight clearances on the NH Main are 17 ft.; the coal cars headed for Bow power plant won't clear it. Has to be the standard-issue 1-per-platform shelter that doesn't overhang the yellow line. But that's extremely minor fine print.

Official NHDOT extension plan also concedes that Manchester has to be a pair of retractable edge mini-high side platforms and not full-highs since there's no room between the street grid for a third freight passing track. Entire length of the NH Main--Boston to Concord--has the protected wide-load clearance exemption. Looks like the plaza rendering affords tons of width by bleeding into the regular sidewalks; that's exactly what you want to see for managing crowds on a slightly less efficient low platform.

Solar panels: that whole block is an excellent all-day sun spot, so ideal place to go hog-wild coating every surface with panels. Should really do up the "forehead" with them too, as it would give the whole complex excellent chance of full energy independence during the daytime.
S

Has anyone heard any recent news on the possibility of there being a commuter train coming to Manchester? I know it has become a real political tool in local/state elections.
F

Seanflynn78 said:
Has anyone heard any recent news on the possibility of there being a commuter train coming to Manchester? I know it has become a real political tool in local/state elections.
Click to expand...

Study was released this Fall. Anybody's guess what's going to come of it given NH politics' wild mood swings, but right now momentum is highest it's ever been. What remains to be seen is whether they swing the full build to Manchester or the minimal build that just pokes to the state line as a City of Nashua 'go-it-alone' effort. Ball's entirely with the state on that one.

As for why they aren't doing Concord now: signal system ends in Manchester, track past Manchester is truly awful 10 MPH. They need to sit and digest Phase I first, because Manchester-Concord with just 2 stops in Hooksett + Concord will cost at least as much as state line to Manchester with 3 stops given how extensive the track rebuild has to be on the north end.

Since this so far is just NHDOT's study, there's been no reciprocal planning action from the T yet on what their infill stops would be.

Construction costs in MA are very reasonable for a cash-strapped T. Some of it is offset by necessary freight upgrades that get paid out of the MassDOT mothership's coffers and a more diverse and readily available pot of Fed grants. Most of the cost is going to be NHDOT's bag, which is why maximum-to-Manchester or minimum-to-South Nashua is the dilemma. For the T:

Basically, it's a light enough hit to the T's budget with enough low-hanging upside that if NHDOT is a-go they would probably greenlight it despite their debt situation. Will still be a few years because NHDOT is far from settled, but it's a project they can move quicker on than most others. If they played it right and got the freight money to pick up some of the tab, this could be done for a cut-rate $60-$85M depending on whether they have to add Massachusetts capacity for Manchester or just South Nashua.
M

Yup, the deisgn looks like it belongs in Disney World! It is right down the street from my aquarium store, I drive by it every day at least twice. I hate it!
S

I agree that the architecture looks like something out of Disney. Don't understand how this was seen as fitting in with the city's downtown plan. I would rather have a 4 story mixed development brick type building there with the restaurant on the first floor.
S

Here is a link regarding possible development of the south end of Elm street (downtown corridor). Looks great, I am skeptical that Manchester officials who tend to be conservative with public financing civic projects will be on board with this specific project. A side note is private property is going up in price. My home which I bought in 2012 for 180k, I could easily get 280k for with only doing minimal updates.
S

Really excited for these projects to finally get off the ground.
S

Manchester has been reasonably proactive in helping address the housing shortage --

Smuttynose said:
Manchester has been reasonably proactive in helping address the housing shortage --

I live pretty close to Elm street and read they will be adding more apartments on Merrimack street - nothing massive in height, but will help with the housing shortage. I am also curious about what is going to happen with the Armory site. I was also talking with a former Michael's hair salon student who said the owner of Michael's is just waiting for the right deal. I am speaking about the former headquarters of Michael's hair salon school on Elm Street next to the Civic Arena. She stated Meineke pays him excellent rent to stay there. However, it is just a matter of time before a developer takes it over as the offers have not been large enough for him to make a deal. I hear a parking garage is what keeps getting pushed for that location by developers.
S 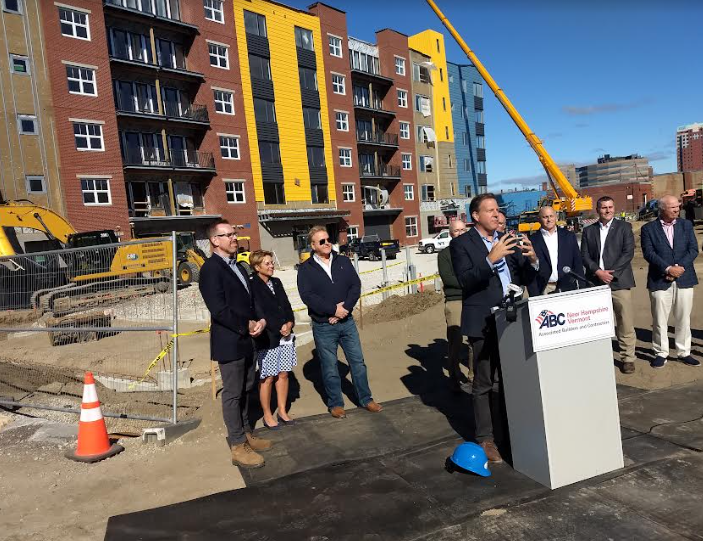 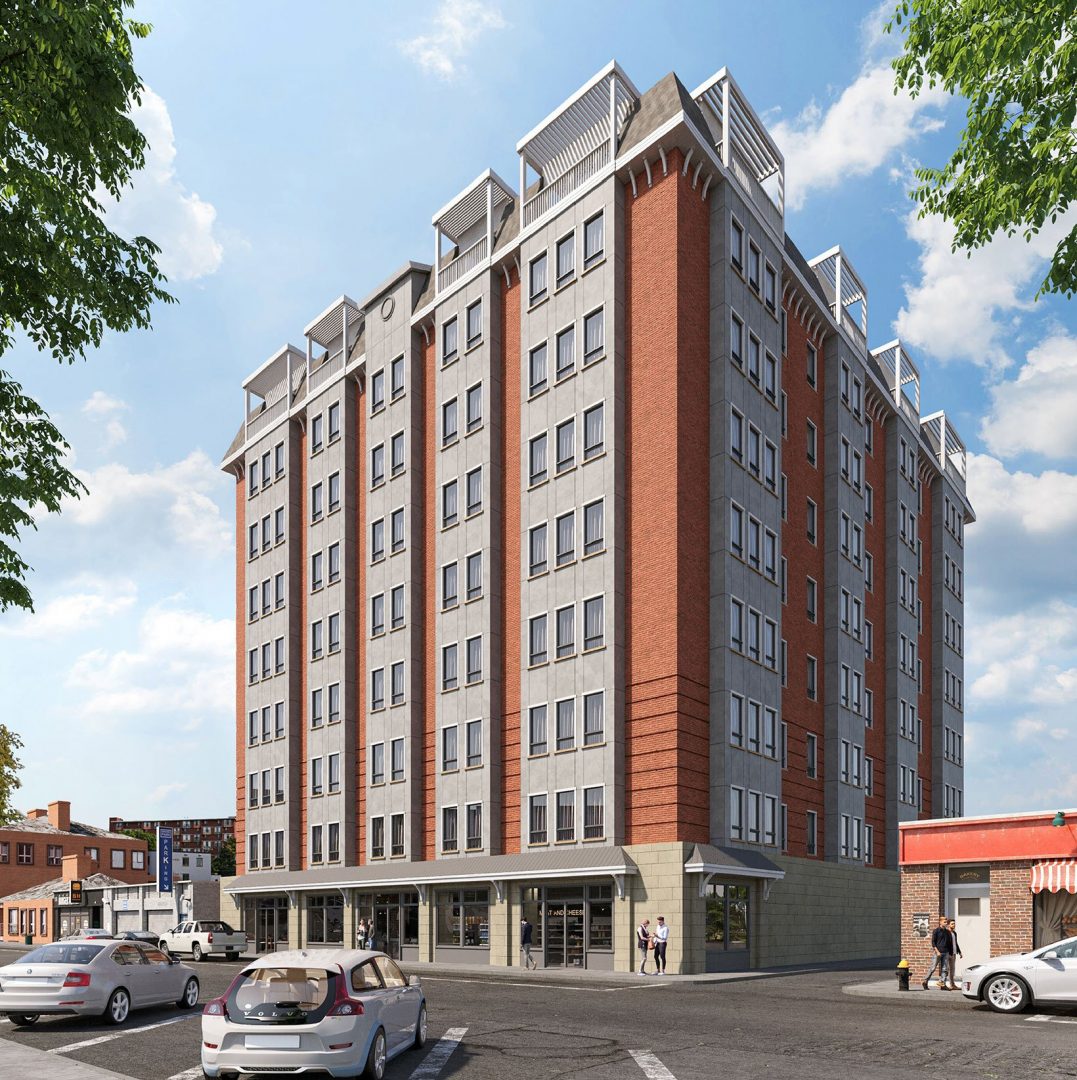