Portlander said:
Started a new thread due to recommendations from markhb and Cosakita 18 that is devoted to the Port of Portland, its working waterfront and any current or future developments. Included is a bird's eye view of the harbor from the 1930's because I enjoy sharing Portland's history.View attachment 27553
Click to expand...

Looking at this picture, and considering it was the 1930s with a population of 70k plus, you'd think Portland would be a booming city of 200,000 (or close to it) today...

BTW, those are some Awesome pictures!

^ Credit goes to all of the photographers who captured Portland's history throughout the years so the pictures can be shared with current and future urbanologists! Portland's population (68,408) will always be limited by its approximate 22 square miles of land to actually count people. It maxed out close to 80,000 after WWII and I think it will be difficult to meet that number again unless we go taller on the peninsula. Now if we were able to annex South Portland, Westbrook or Falmouth? Or better yet, maybe consolidate the entire county like some southern cities have to save money on schools, fire, police, and government services which substantially increased their populations.
Last edited: Aug 22, 2022

A couple of renderings of the Maine International Cold Storage Facility that broke ground this morning seeing that it is a future development. Courtesy of Cosakita 18.
Last edited: Aug 22, 2022
M

The idea that this would block anyone's view is kind of hilarious. 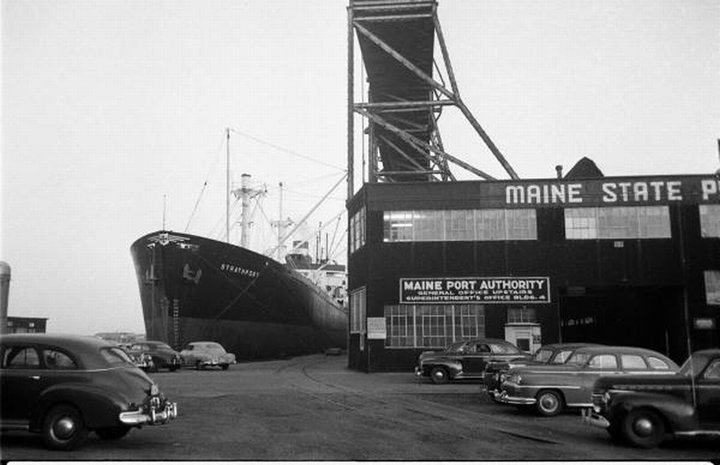 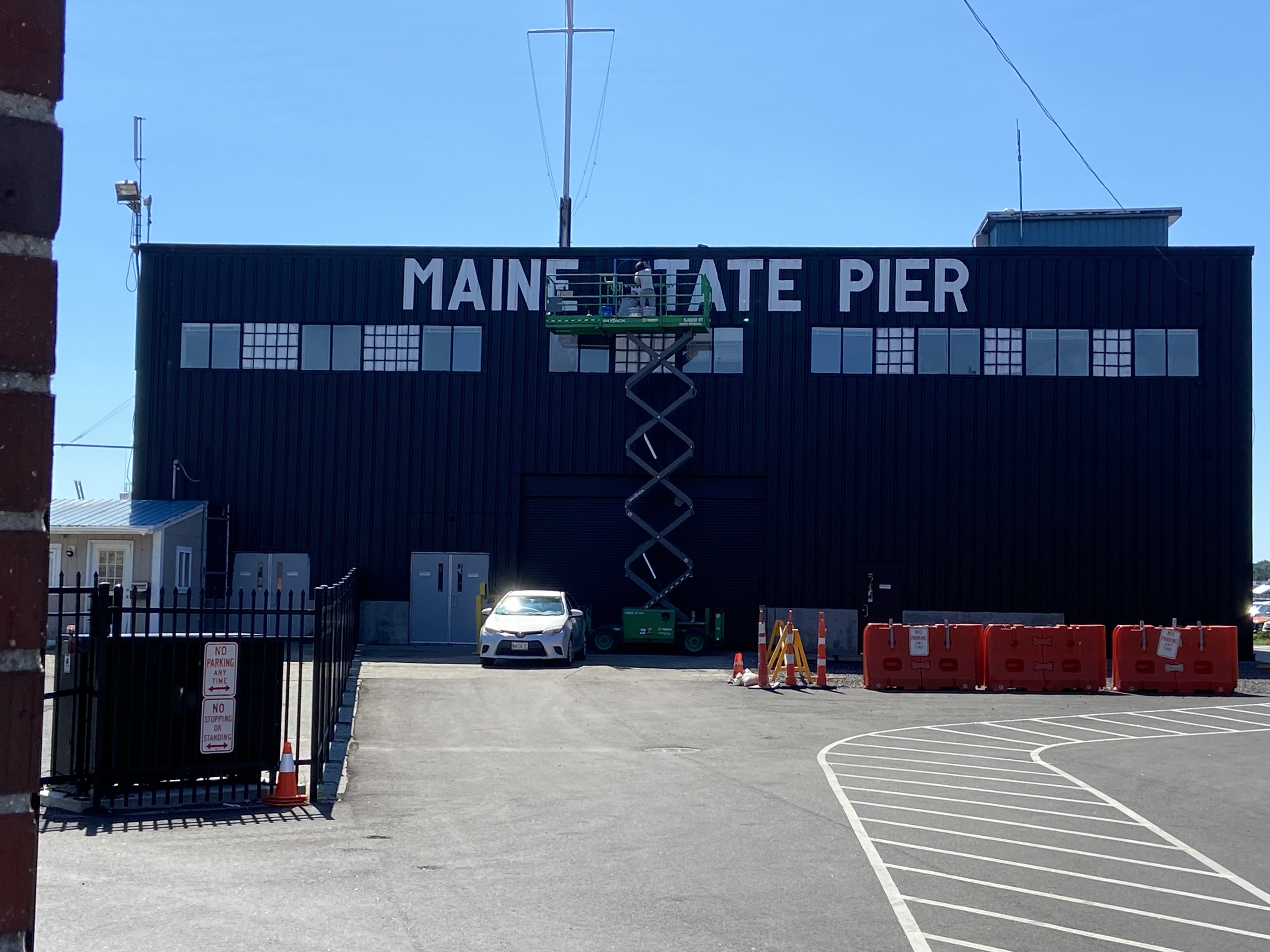 Just noticed that the new signage on the MSP is a close copy of the former which must be intentional.
Last edited: Aug 22, 2022 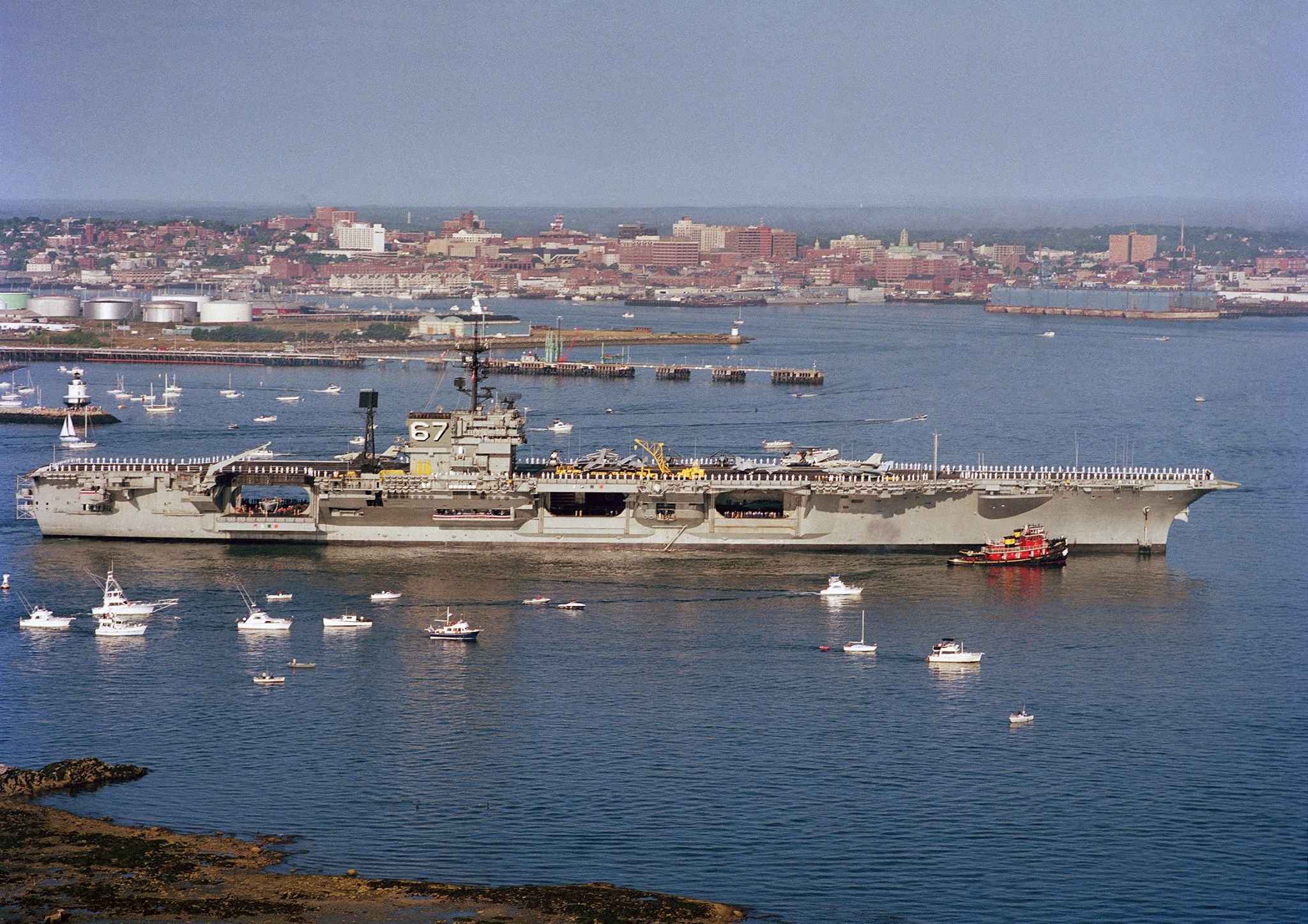 Portlander said:
Just noticed that the new signage on the MSP is a replicate of the former which must be intentional.
Click to expand...

The rounded M and squared R the on the original are a little more polished. The new one is more utilitarian, but the nod is there.

^ Changed my text to "close copy" of the original. Maybe they'll add the Maine Port Authority sign which is still in existence and would complete the retro look.
D

matt.greeson said:
The idea that this would block anyone's view is kind of hilarious.
Click to expand...

I remember reading about this one woman's anger about the storage facility blocking her view as she commutes into Portland through Commercial Street. I thought - what view? The oil tanks?
D

BTW, those are some Awesome pictures!
Click to expand...

Portland has been historically great at shooting itself in the foot. 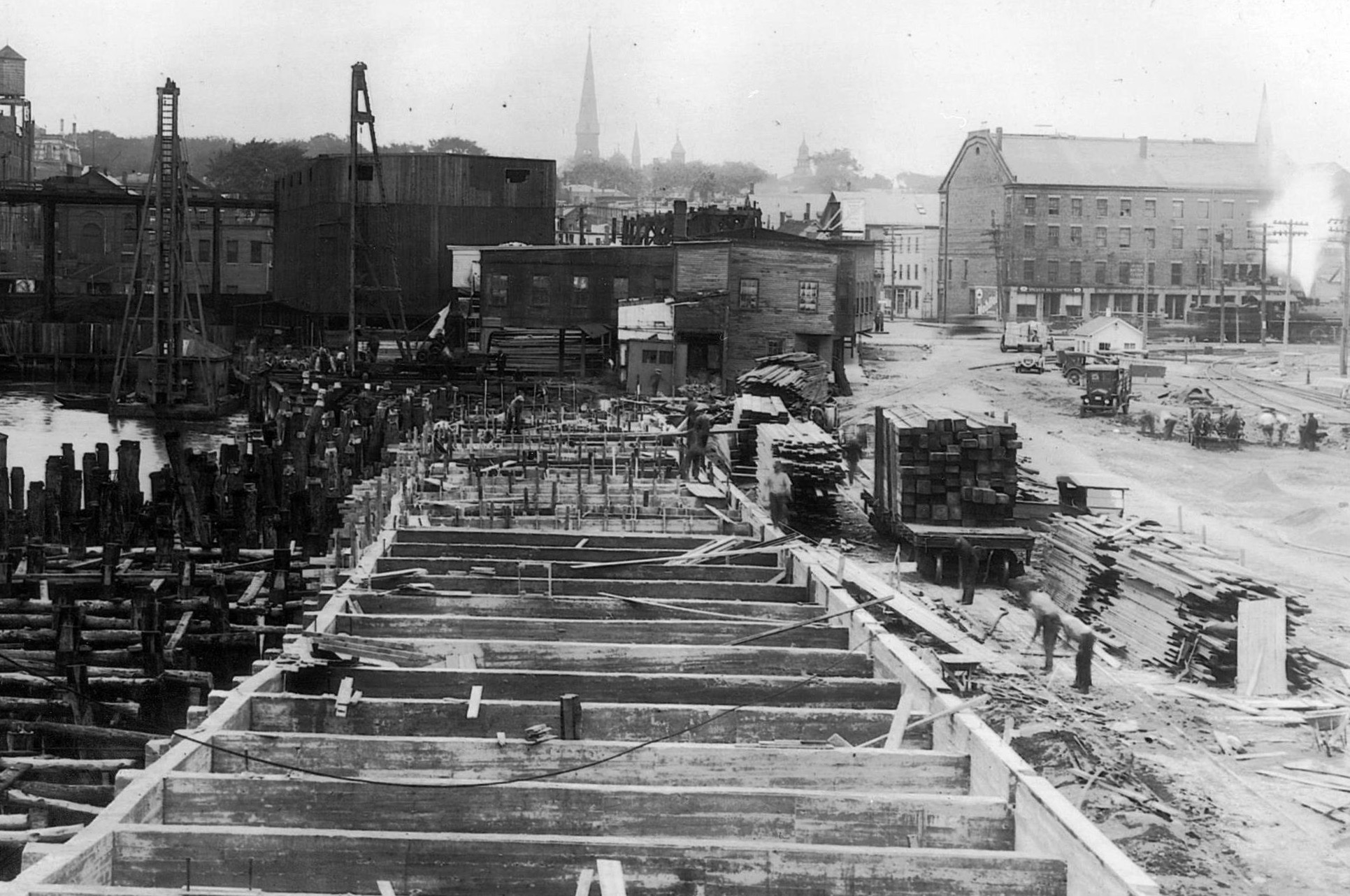 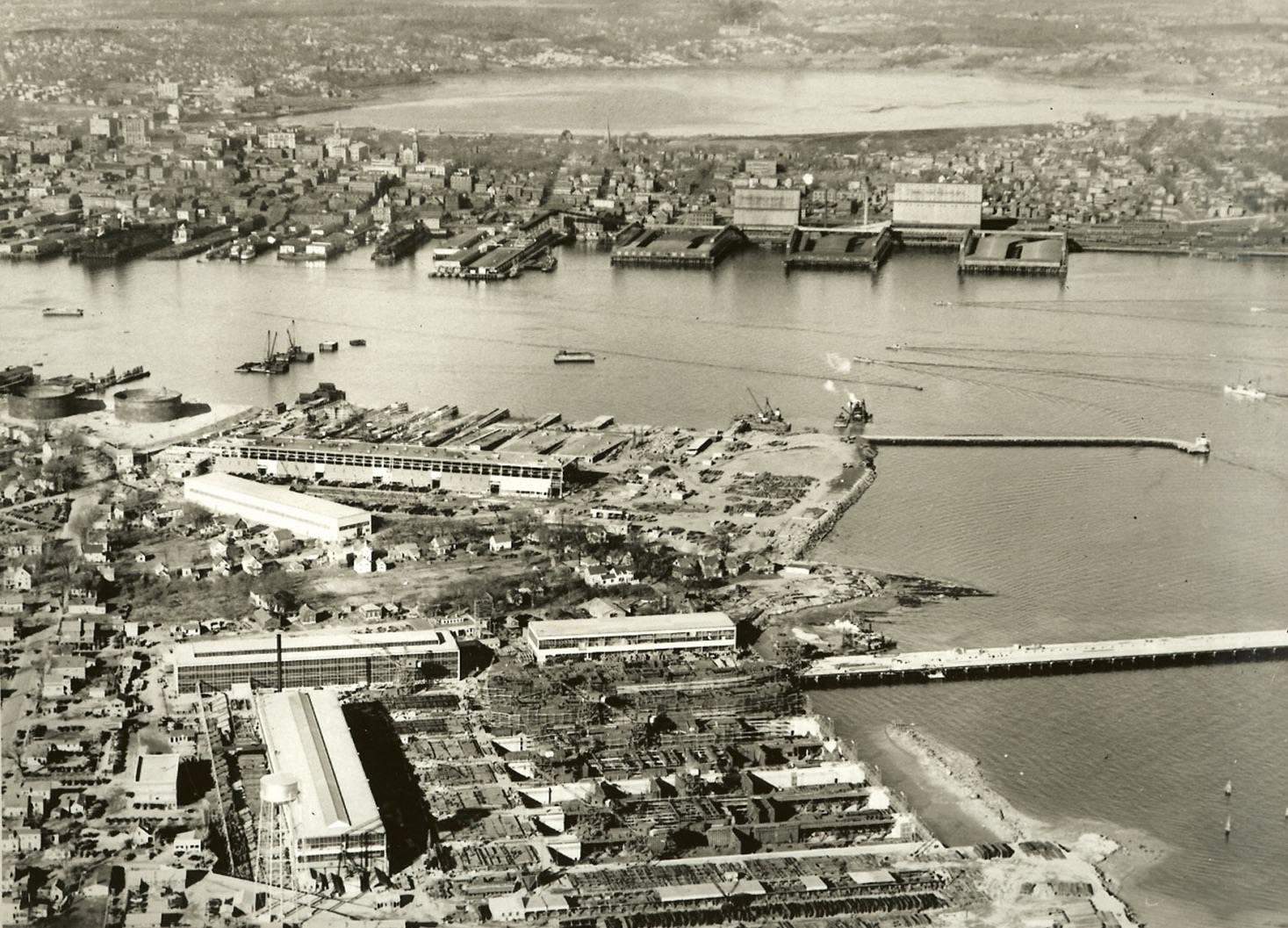 View of the East and West shipyards on the South Portland side of the harbor where 236 Liberty ships were built during WWII by the New England Shipbuilding Corporation.
D

Portlander said:
View attachment 27651
View of the East and West shipyards on the South Portland side of the harbor where 236 Liberty ships were built during WWII by the New England Shipbuilding Corporation.
Click to expand...

Compared to that same view today: 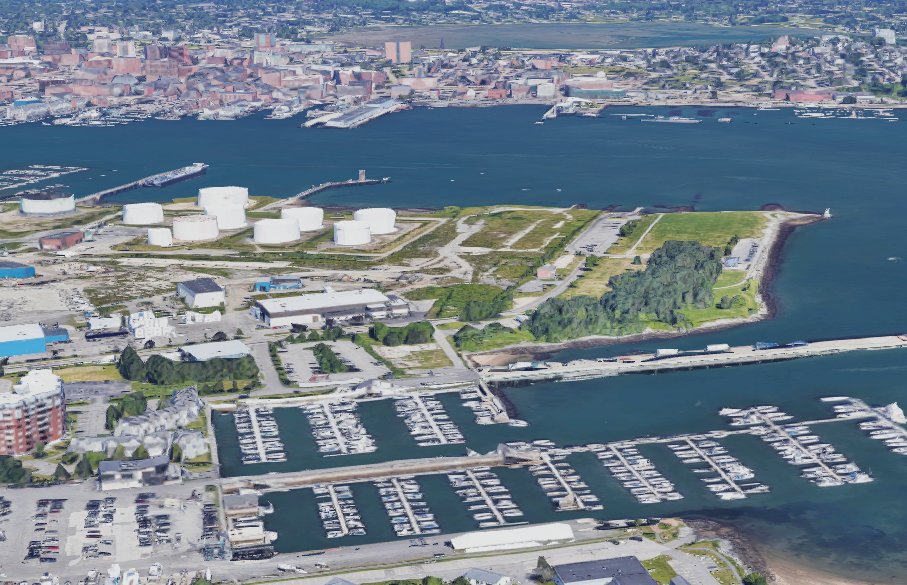 I was going to mention, Bug Light being out on the end of that breakwater. That's all filled in now, obviously.

I'm amazed at the transformation and the effort it took to demolish and remove all of the steel, concrete and other hazardous materials from the two yards during a period where we were not as environmentally friendly!
M

I found this article discussing how General Electric used some of the shipyard buildings during their time in South Portland.

Ideally, the inlet bordering the oil cargo pier to the east, and the land/trees to the west could hold a permanently docked Liberty Ship (I've heard that there is one salvageable in Alabama) converted to a museum to highlight and educate the history of shipbuilding in Maine. These ships, BIW, and the incredible schooners built on the coast over the years would be the focus. The large cargo holding spaces inside the ship could feature exhibits. A small main structure with an enclosed connecting footbridge could be built on the land part. At least $15-20 million needed for this endeavor? The dynamic and smart women who run the Maine Children's Museum didn't seem to any serious hurdles in raising $15 million for theirs. Appeal to the emotions, is one surefire way. But I'm not confident it could happen, especially after the city/s ignorance and disrespect with the Abyssinian House over the years. That too almost sank into the abyss. The Liberty Ships were key to winning the war. It's why the Russians are losing theirs today--supplies. Imagine all truckers nationwide going on a strike. Everything stops because you've run out of everything.
M

TC_zoid said:
Imagine all truckers nationwide going on a strike. Everything stops because you've run out of everything.
Click to expand...

The only surviving Liberty Ship I'm aware of is the Jeremiah O'Brien,, which has been turned into a museum and is, I believe, docked in San Francisco. I visited it when it paid a call here after refurbishment. 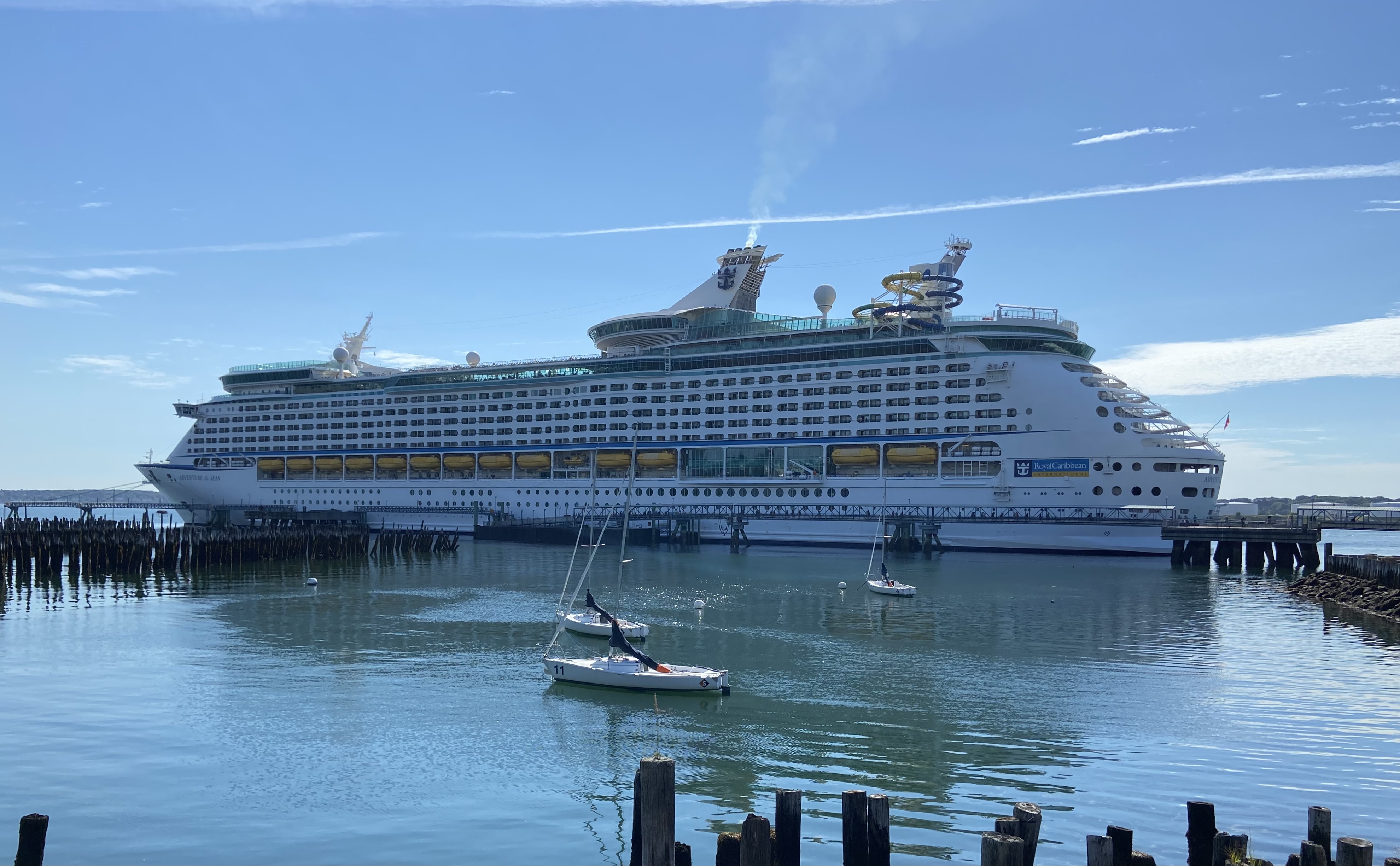