Providence College is constructing a building dedicated to Nursing and Health Sciences (PBN link) with a projected opening of 2025.

I'm not familiar with the campus, so I'm not sure if this will be noticeable from the city streets. 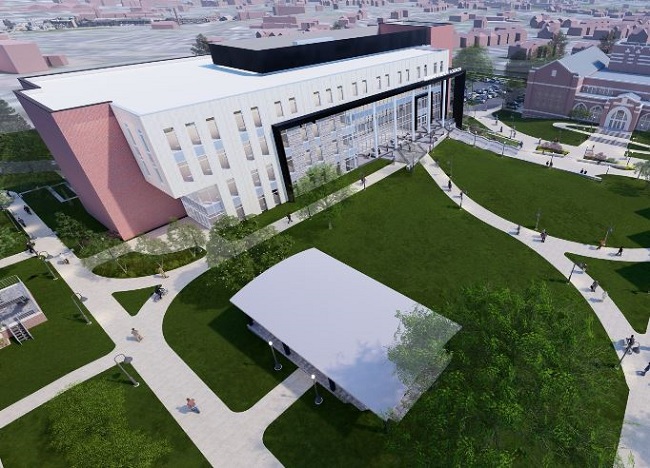 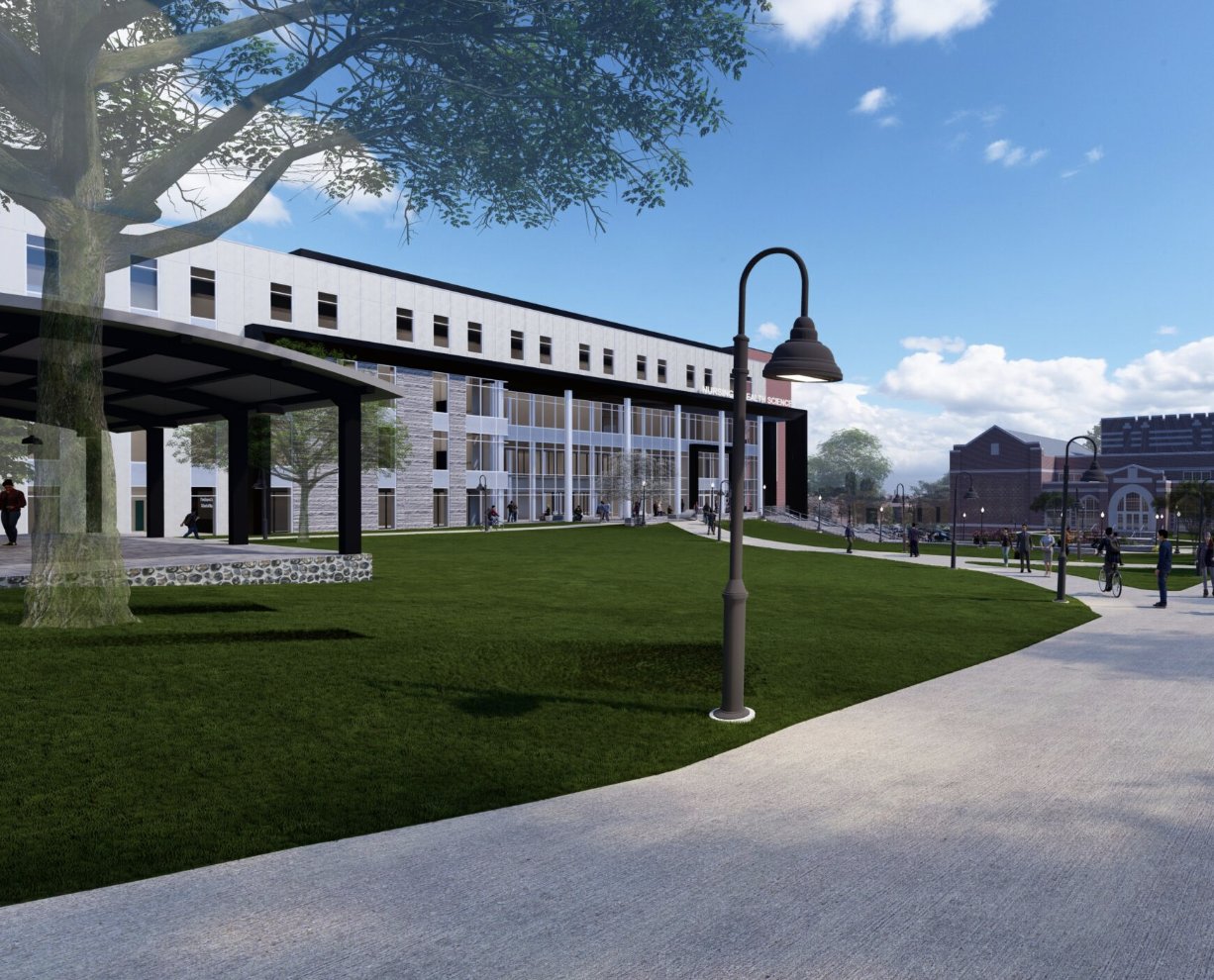 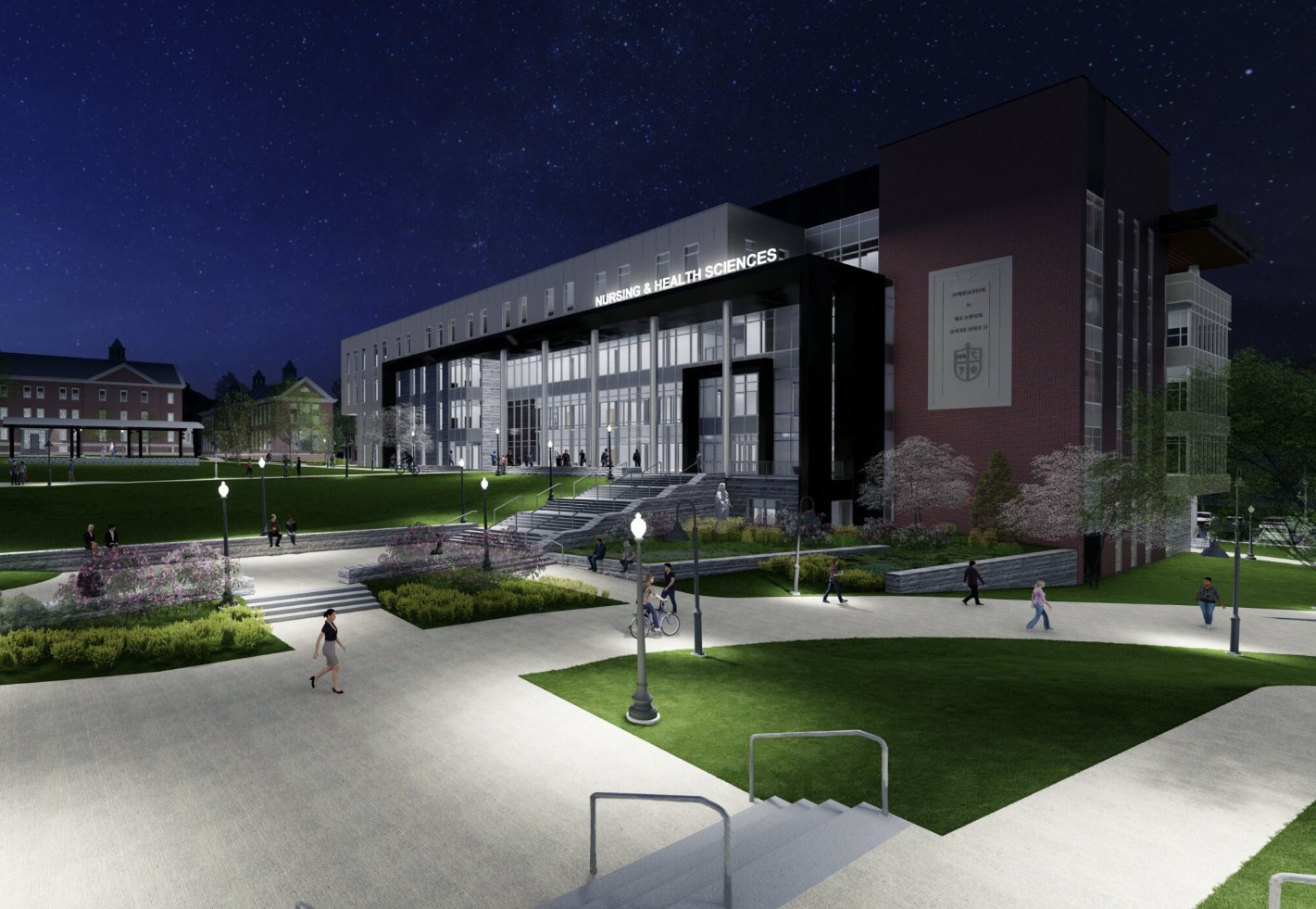 Their campus has space issues as it is in a totally built up suburban type neighborhood within a city. They were lucky enough to have an adjacent former state hospital that they were able to purchase a few decades ago to accommodate growth. As part of this purchase, the school got permission to eliminate a long stretch of Huxley Ave to connect the properties. The school recently had to buy several residential home properties and knock them down and eliminate part of Cumberland Street for space to build their new basketball practice facility which opened just a few years ago. This new nursing building appears to be on the grounds of the former state hospital as some of its former buildings are visible in the last photo above. The second to last photo shows the new construction Smith Center for the Arts (red brick with crenellated top) which fronts Eaton Street. It would be where Fennell Hall is or just in front of it based on the renderings. 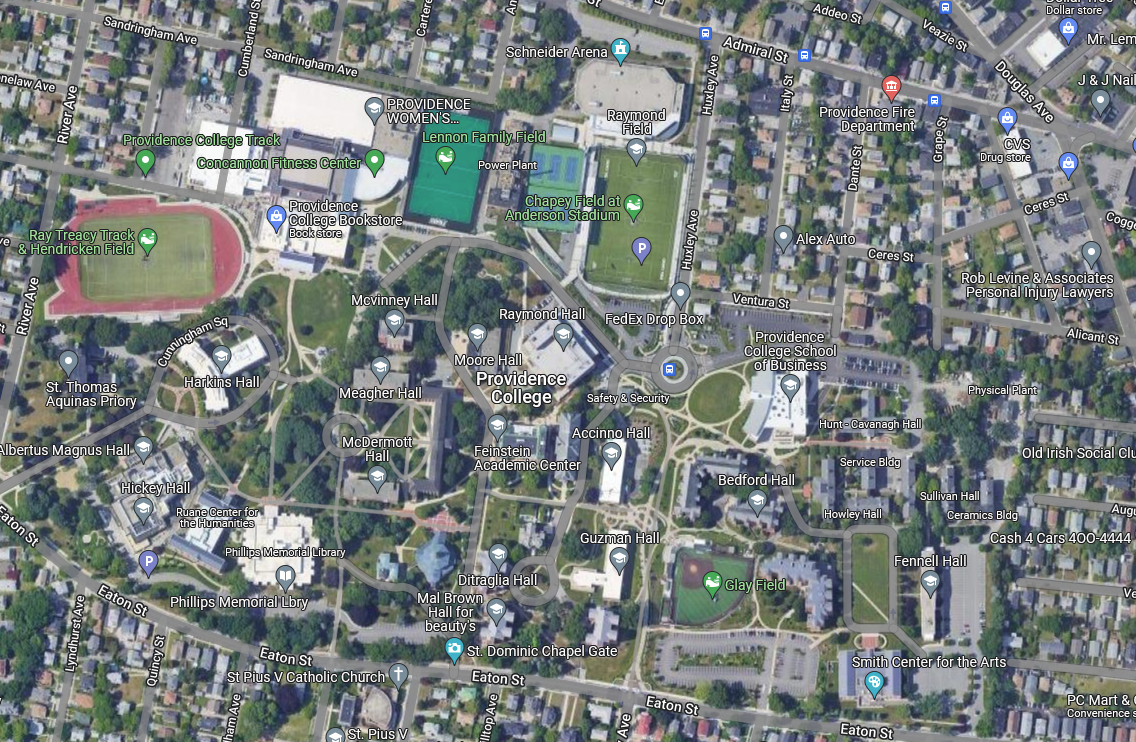 It would appear that the nursing program at PC is fairly new as it was just launched in 2022. It is probably a move to help with enrollment as liberal arts majors are in decline. I however question the value of getting a degree from PC given the high cost. Both RI College and URI offer this program (they even share a building in Providence not far from RI Hospital) at a far lower cost than the private PC. All nurses have to get certified and as such the school you attended is probably not as much a hiring factor as with other professions.