From part of a comment Fitchburg line made in the Julie Hall thread.

A rather fascinating narrative on the history of the three decker.
https://www.dotnews.com/2018/profiling-still-ubiquitous-and-profitable-boston-three-decker

Early on, variants of three-deckers were solid investment properties for wealthy builders who could live in one house and use neighboring ones for rental income. But the housing stock was maligned by anti-immigrant groups, said independent museum consultant Deedee Jacobsohn at the April conference at All Saints Church in Ashmont. Housing organizations, partnering with the Immigration Restriction League, claimed they were made with balloon framing, were structurally shoddy, susceptible to fire, and had crumbling roofs and chimneys.

In a 1911 report, the Massachusetts Civil League and the State Housing Committee wrote: “Foreigners are coming in increasing numbers, and with them are also coming the shack, the converted house which has seen better days, the familiar frame tenement, and the wooden “three decker” which, besides being objectionable on other grounds, is a flimsy fire-trap and a menace to human life.”
Click to expand...

And I learned that Ted Williams lived in a three decker while playing for the Sox,
T

Well the three deckers have certinally withstood the test of time. I do like them better then other cities cheap (relative) housing stock.
S

I just found out about the Chicago greystone today while reading curbed. They talked about how and why different cities used different materials.
https://www.google.com/amp/s/www.curbed.com/platform/amp/2016/6/2/11833698/brownstone-greystone-chicago-new-york-city

What struck me is that some are literally an exact replica copy of our triple deckers, only they used stone instead of wood. I wish Bostons neighborhoods hadnt used so much wood. The back bay/south end brownstones are much older but still in much better condition. Anyways pretty cool. 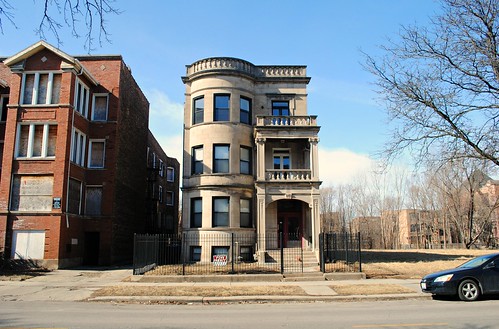