Are there any good threads where I could post random plans & photos of Boston buildings (excluding this open thread)?

^^ Assuming these are random shots you've found and not ones you've taken, then maybe Flickr finds? I think that thread is broad enough to handle most anything.

But not everything I come across originates from Flickr. The majority of photos, plans, etc are from books, some photos from Flickr, or just from totally random places around the Internet.

I think that thread is broad enough and doesn't need to be taken too literally. That or you're always free to start a new thread!

PS I can't wait to see what you've found. You're always dredging up cool stuff from those glorious years of the 1980s and 1990s, and that's right in my nostalgia zone

Anyone watch What We Do In The Shadows?

They didn't even bother to edit out the Mass flag.

statler said:
They didn't even bother to edit out the Mass flag.
Click to expand...

I loved that little detail. I don't believe the show is filmed in Massachusetts - maybe they just pulled stock B-roll from the studio's archives.

Not trying to be pushy or sales-y but I started up my own photography business and made a little Instagram for it.... maybe give me a follow @lucidheightsphotos ?

Welcome back to Instagram. Sign in to check out what your friends, family & interests have been capturing & sharing around the world.

I found the commercial that the glowing Pru photo was from!

I found the commercial that the glowing Pru photo was from!
Click to expand... 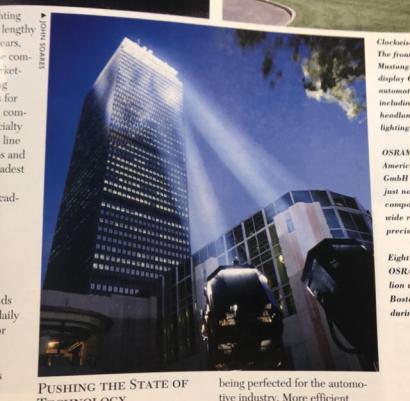 The photo, in case anyone was wondering.
D

Is Neo- Andean shaking up the architectural world or will it be a fad? I could see where too much of a good thing would back fire. The interiors look like a casino, very exciting! Seems like a Michael Graves on steroids'. Dezeen Magazine 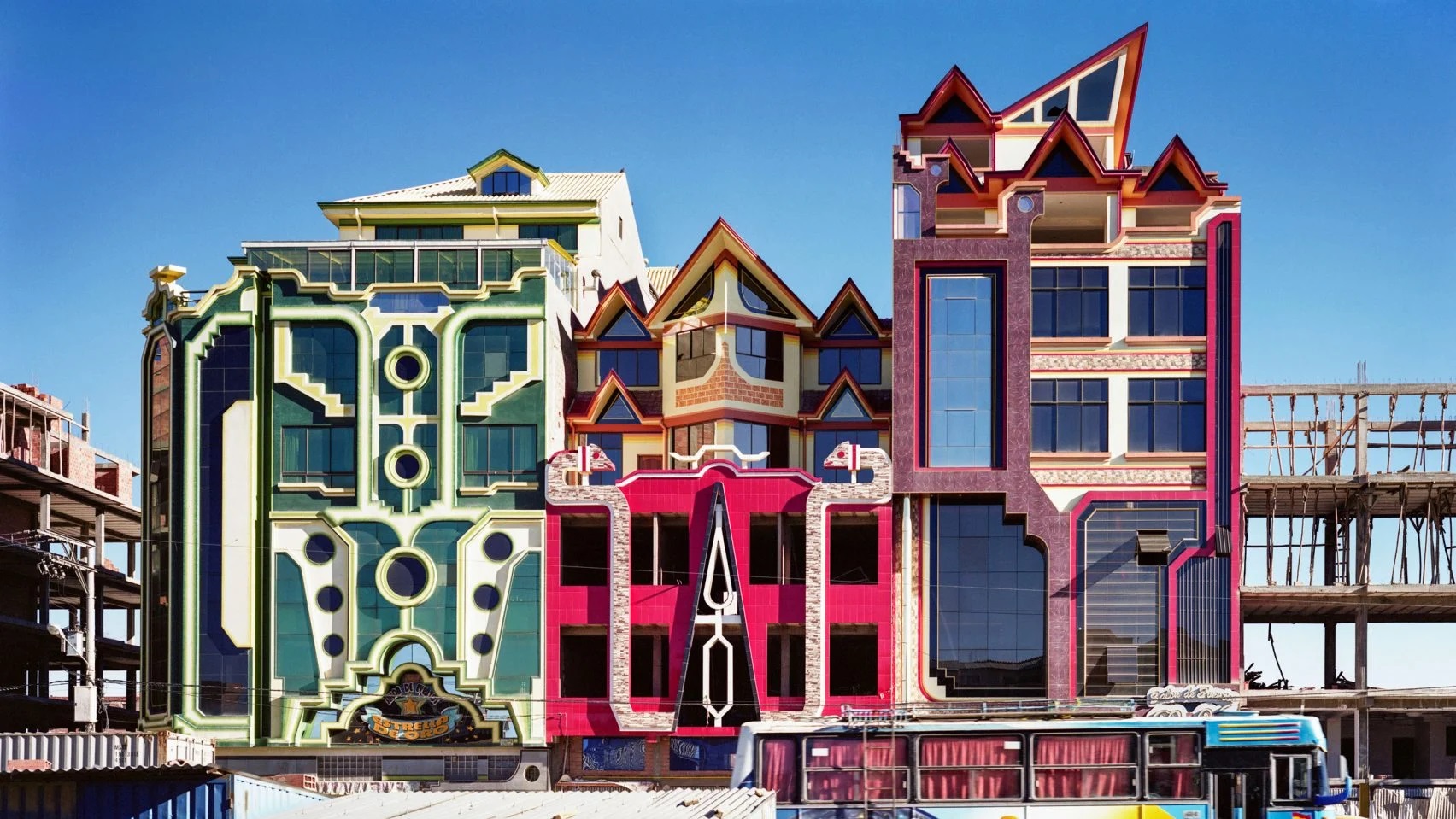 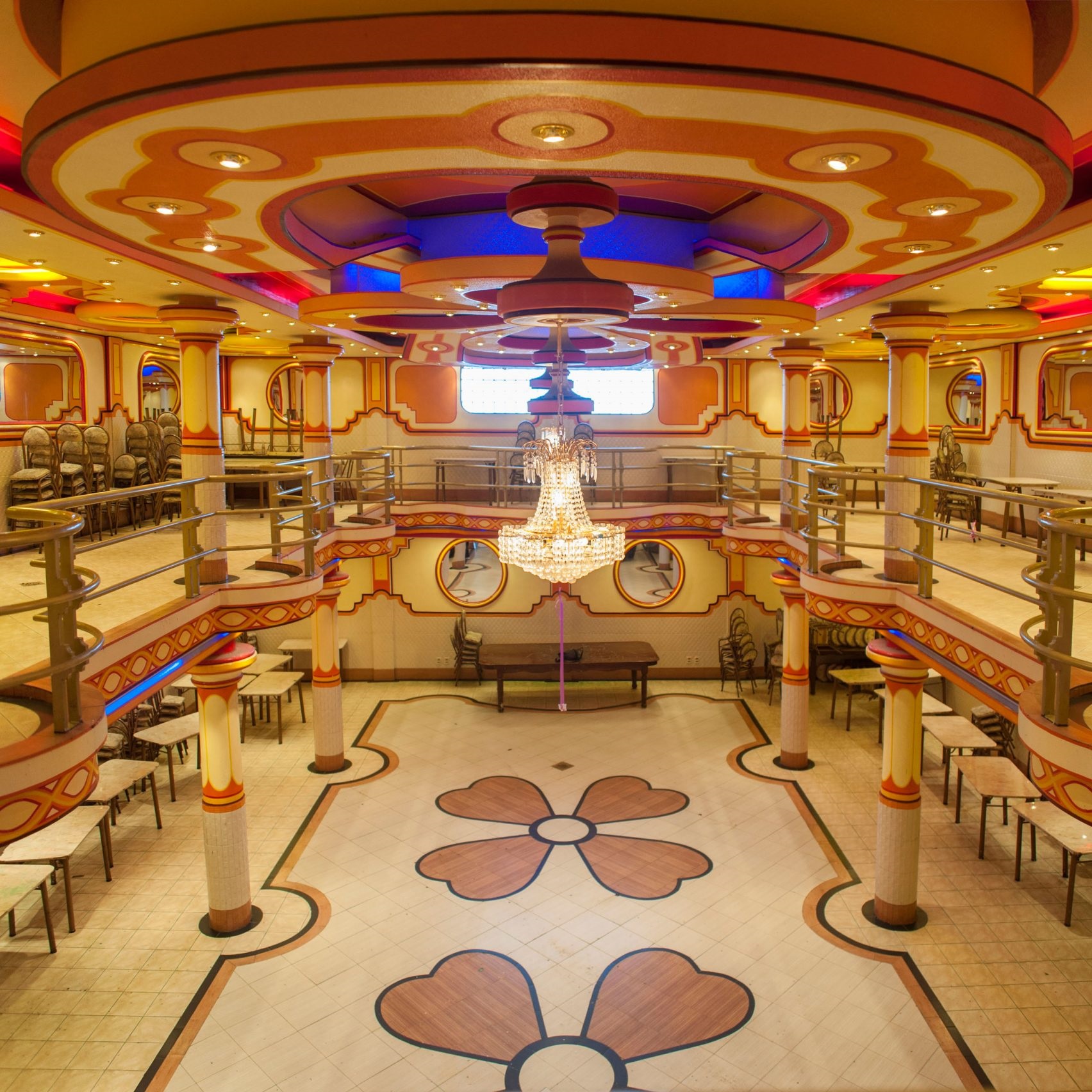 dhawkins said:
Is Neo- Andean shaking up the architectural world or will it be a fad? I could see where too much of a good thing would back fire. The interiors look like a casino, very exciting! Seems like a Michael Graves on steroids'. Dezeen Magazine

Reminds me more of David Lynch's Dune, or how I imagine Jordorowsky's would've looked.

Some photos from my December trip that didn't fit well in other threads.

Assembly Square and the casino from Spring Hill: 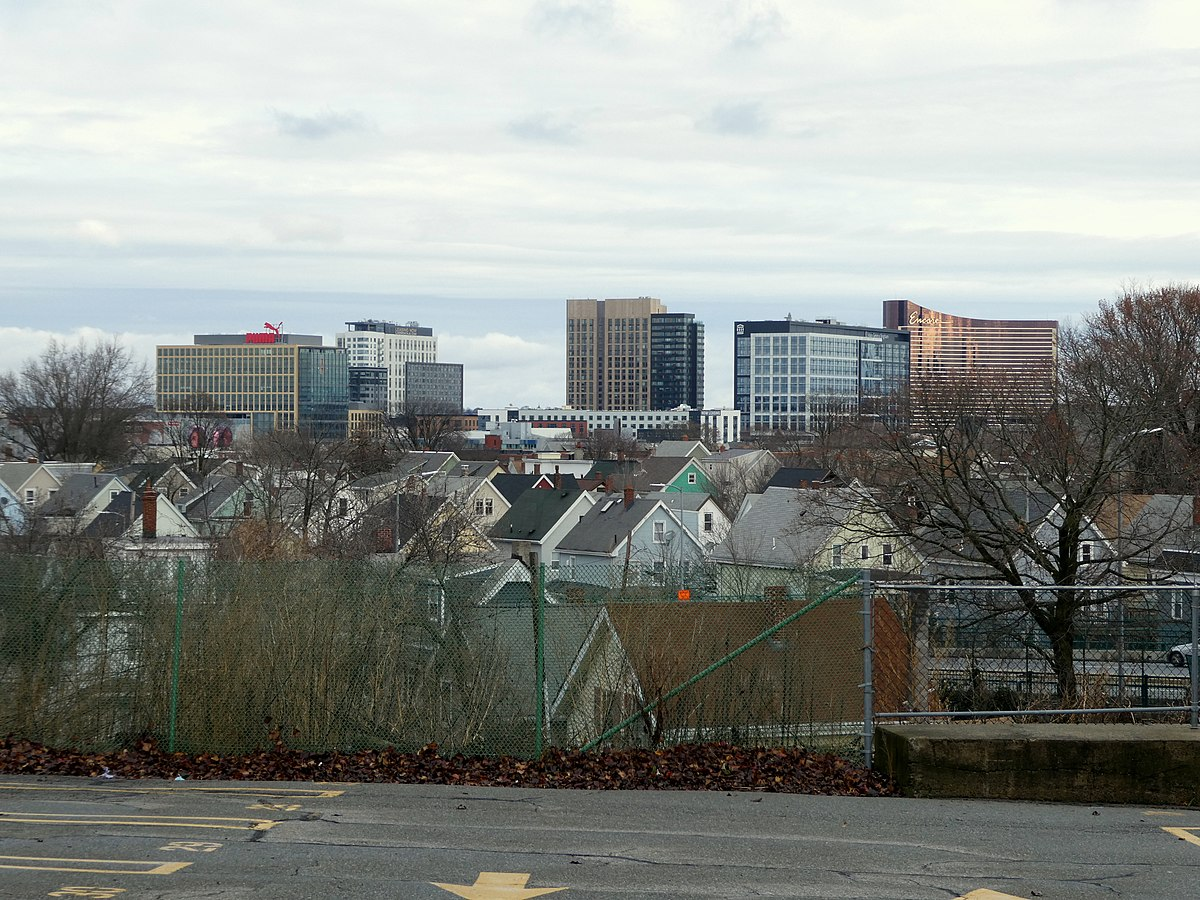 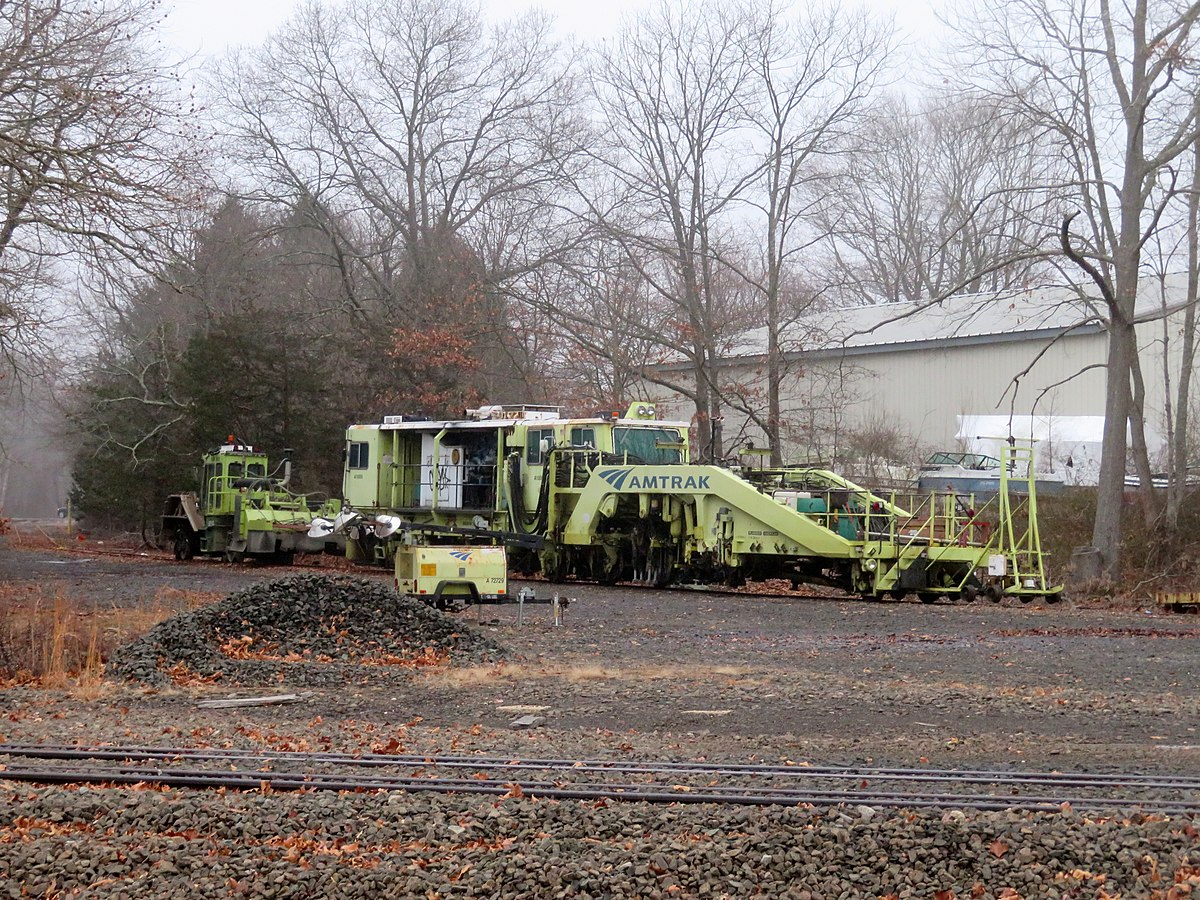 1884-built double arch bridge in East Providence, still in freight use by the P&W: 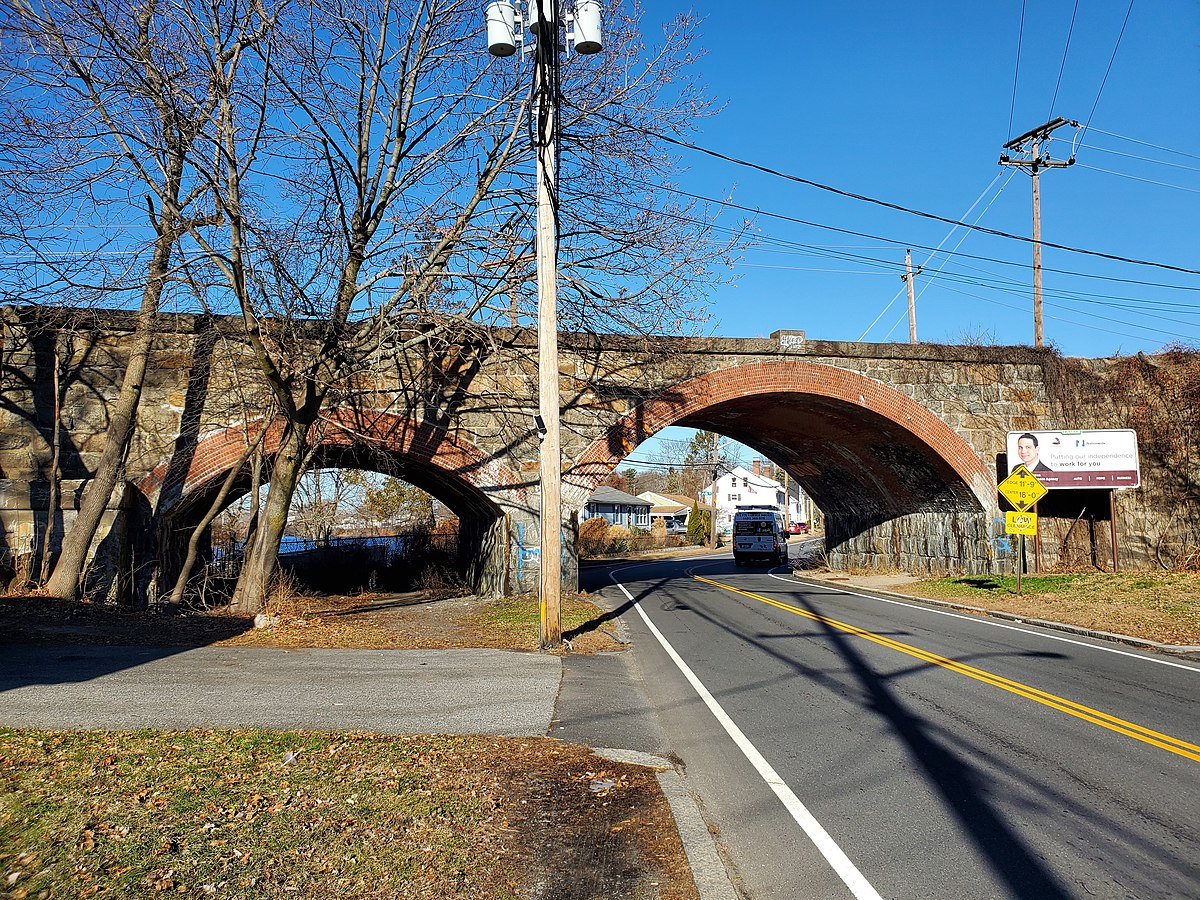 Just a few feet up the line is this kilometer post. A number were installed in the early days of the Boston & Providence railroad; I've found all of the 5 known to remain (a sixth is rumored to be near Canterbury Street in Clarendon Hills.) The post reads "B 54 Km 33.55 M", which indicates it was moved from its original site near Attleboro. 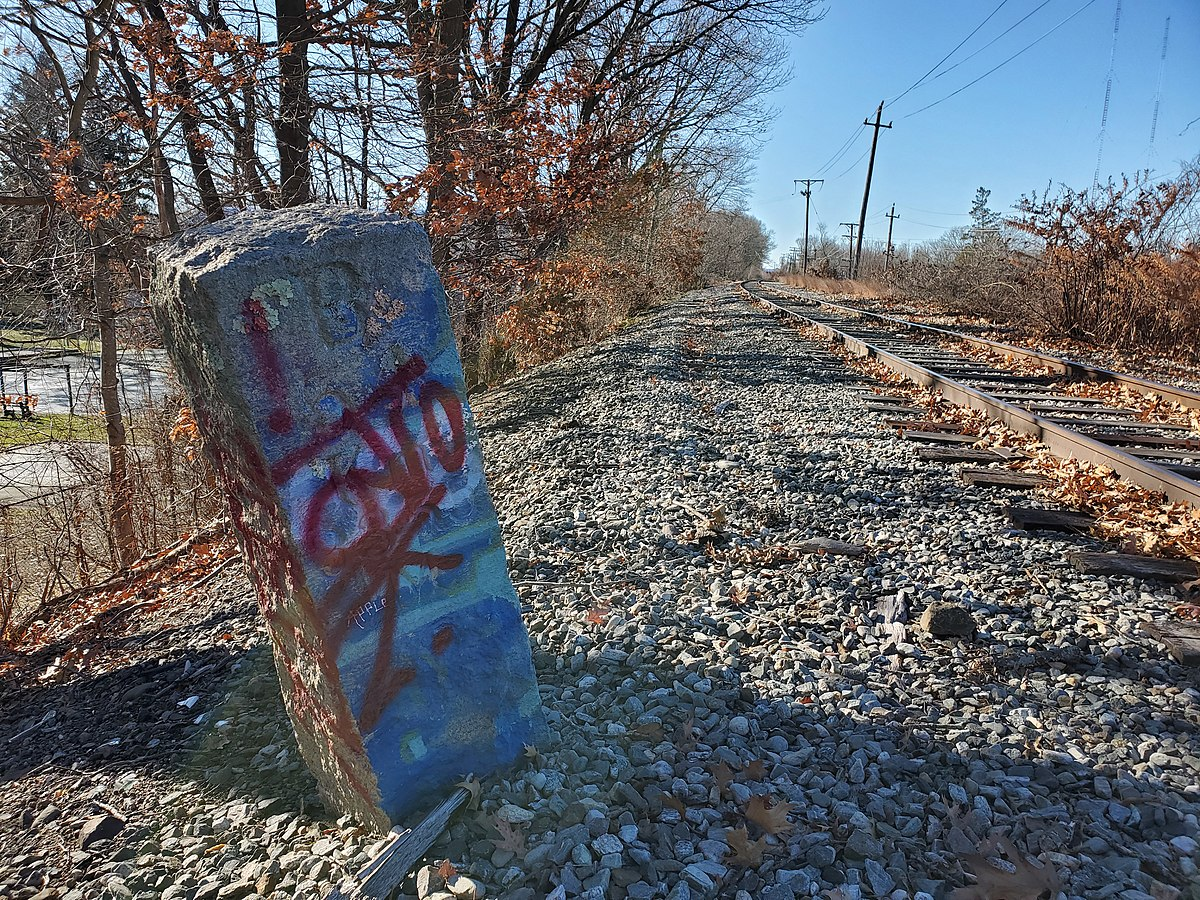 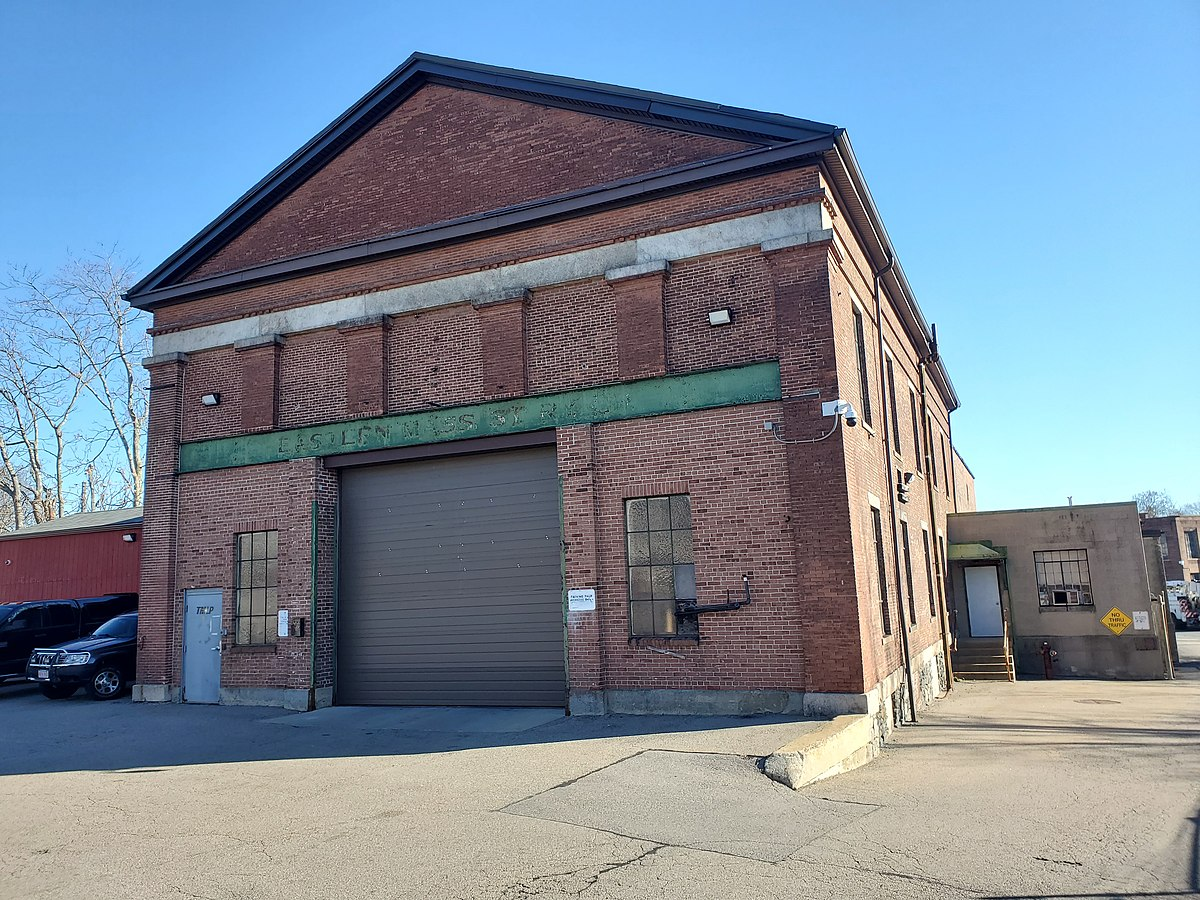 These abutments at the Nemasket River are some of the only remains of the short-lived Plymouth and Middleborough Railroad, whose primary freight was cranberries. 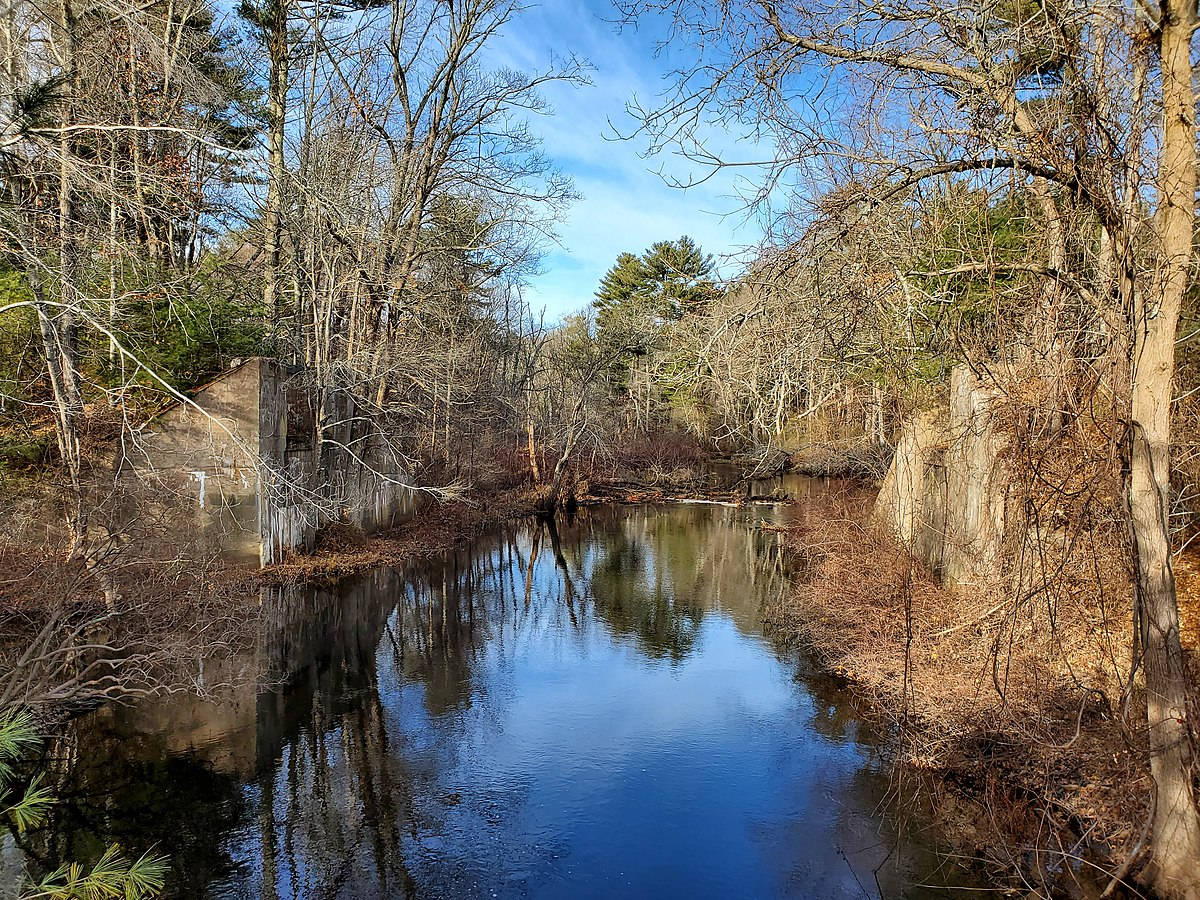 One more location: the abandoned Brayton Point ferry wharf of the Providence, Warren and Bristol Railroad. The railroad opened from Warren (RI) in 1865; along with the ferry across the river, it provided a direct link from Providence to Fall River. Ferry service only ran until 1875, when the Slade's Ferry Bridge opened with a rail deck above its road deck, though the wharf remained in at least some use until the 1930s. Rail service was electrified from 1902 to 1932, when it was discontinued entirely after the bridge was damaged.

The remains of the ferry wharf are still around at Mount Hope Vista Park, a tiny park hidden in a tiny neighborhood near the old Brayton Point power station. I recommend visiting at low tide - these photos were all within an hour of low tide.

Up on the beach is this L-shaped stone remains with some remaining pilings in the center. I assume (I don't know of any photos of the wharf) that this was where trains entered, with a wooden trestle for them to be above the beach. 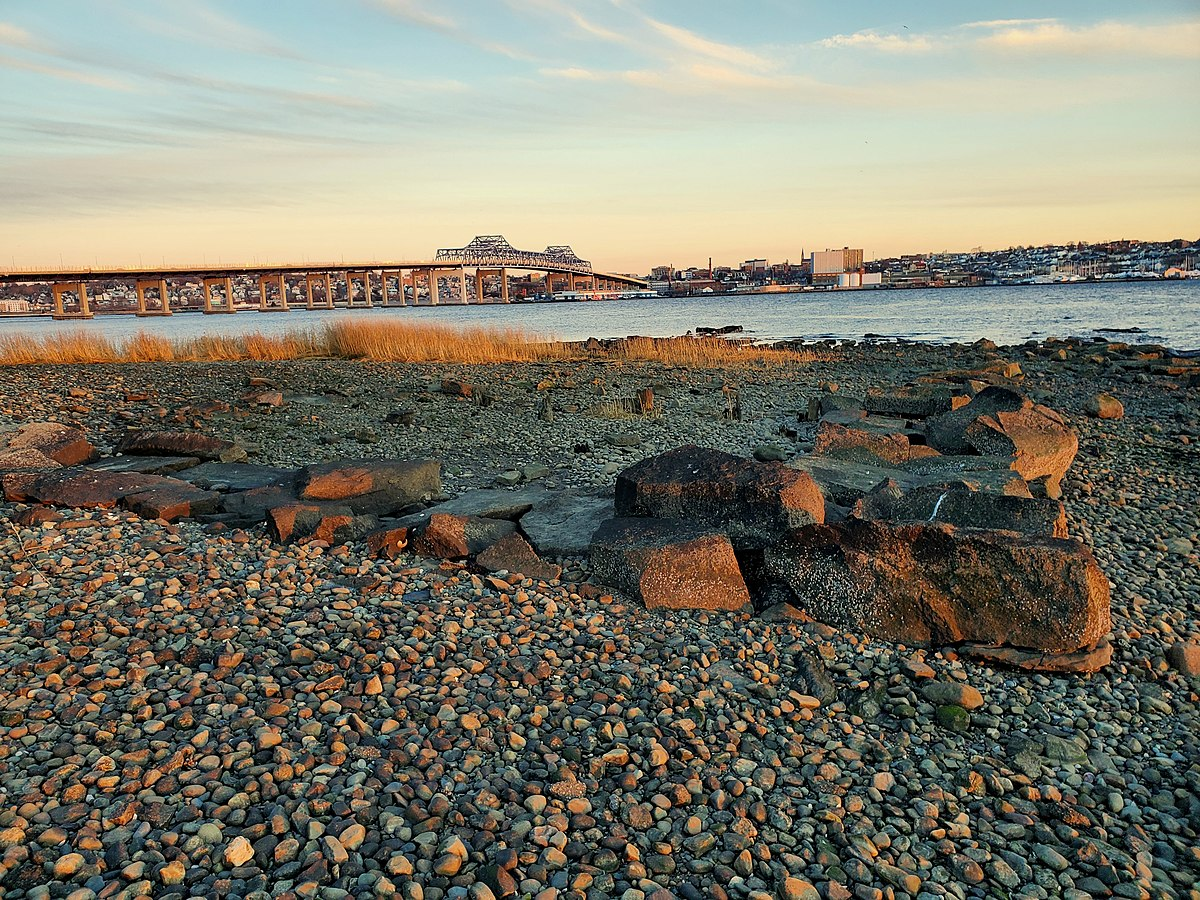 Further out in the water, there are two lines of stone that appear to have been the sides of the ferry slip itself. 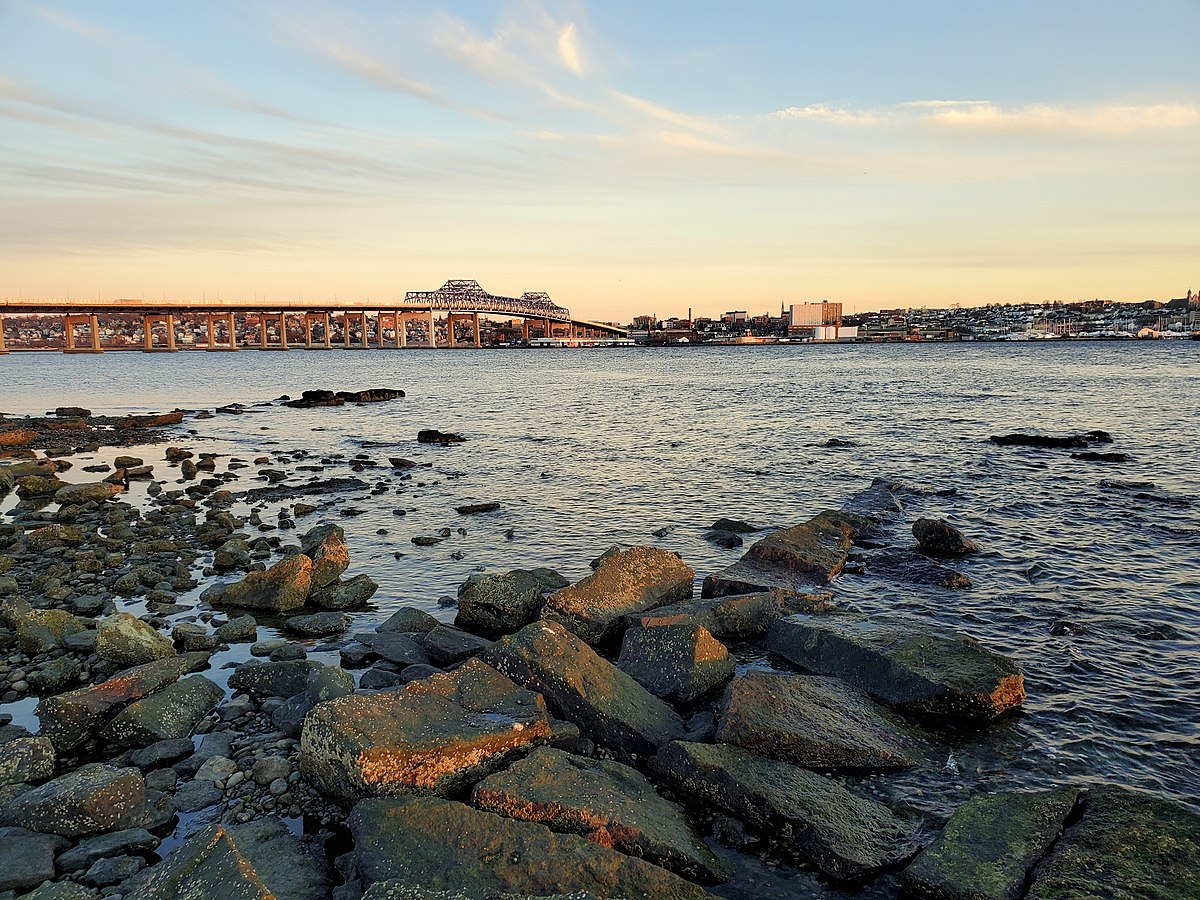 The former slip has been largely filled with rock, either from storm waves or human action. 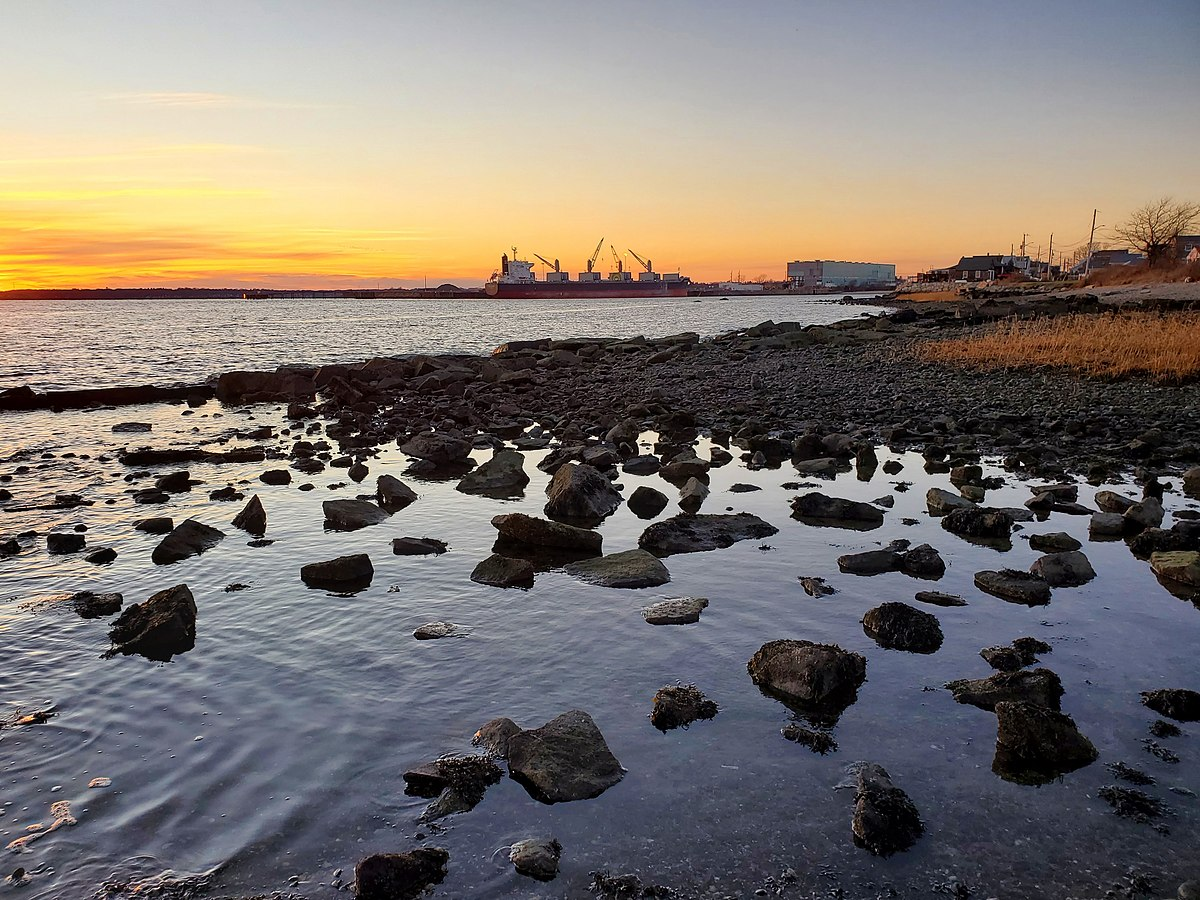 So the greatest racing sim of all time, NASCAR Racing 2003 Season, was made by a developer called Papyrus, who were based in Concord (iRacing, their direct descendant, is still in the Burlington area). As an Easter Egg, the 4 fantasy tracks they included in the game all are located in the western suburbs of Boston: 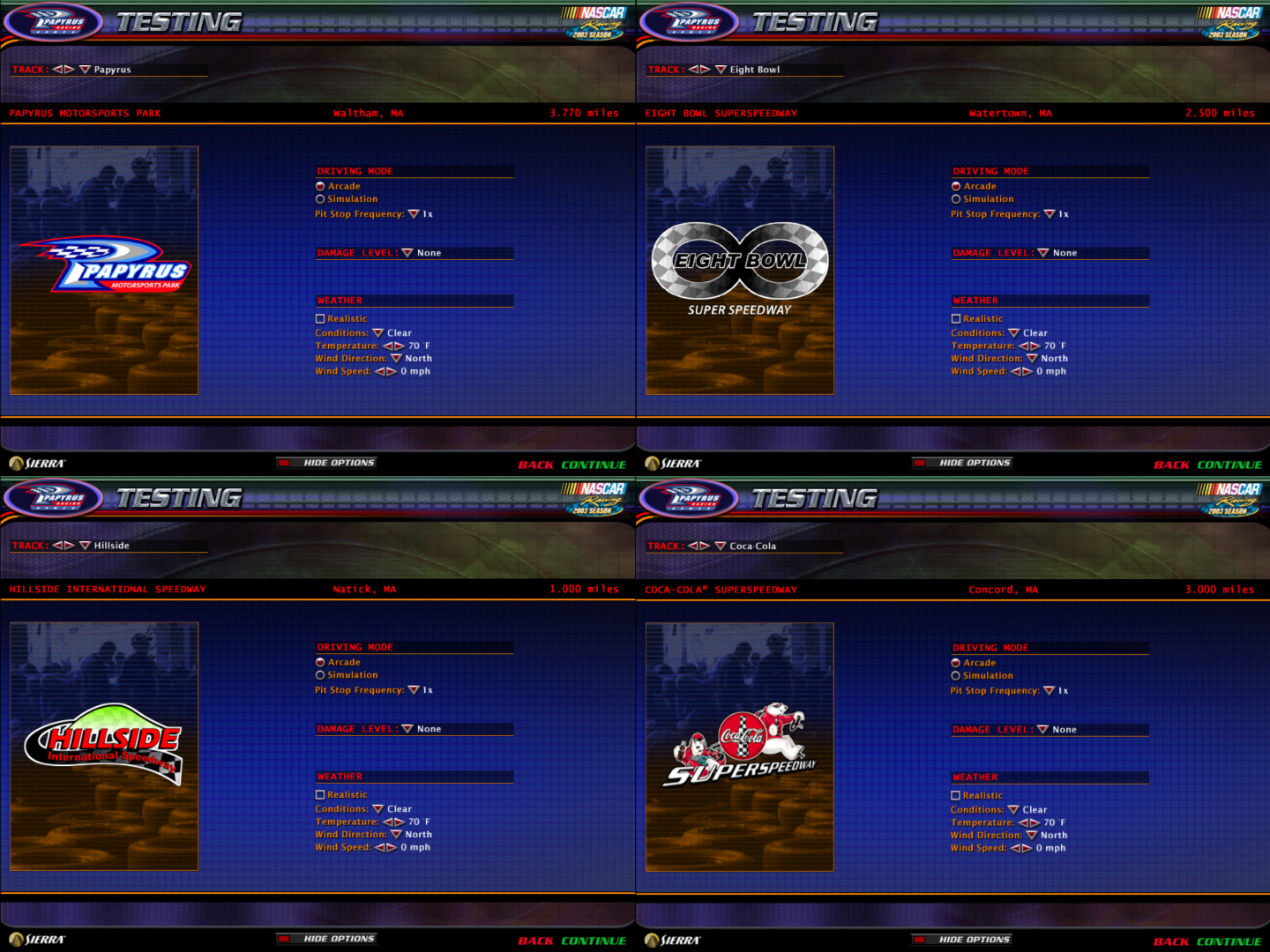 Now, this is a nice little nod to the area, and I would love 4 NASCAR speedways within the metro Boston area. But this also leads me to another, darker conclusion: the sim actually takes place in an alternate reality, one where the Inner Belt/Southwest Corridor projects were completed and devastated the urban fabric of Massachusetts, creating massive swaths of cheap land near Boston in these former suburbs, where superspeedway-sized facilities and all the parking infrastructure that goes with them are not only viable, but successful.

Either way it's always amused me, a racing fan from Boston who always felt ostracized for being one, that the best racing sims of all time came from this area.
X

You and my brother would get along. Total car racing nut. (Also WWII fighter planes nut, in case you feel ostracized about that too).

There simply aren't many inactive lines in Massachusetts where it would even be possible. Land and linear corridors are both valuable in a dense state, so most former lines are either rail trails and/or utility corridors, or chopped up and sold off - and tracks are almost always pulled for scrap.

The only corridors where I can even think of more than a few hundred yards of disused tracks are the the Central Massachusetts Branch (pictured), and the southern portion of the Dighton and Somerset Railroad. There are a lot of missing/derelict bridges, paved-over crossings, and so on, so the amount of continuous track on both is pretty low. The Central Mass is rapidly being turned into a rail trail (able to be enjoyed by many more people than railbikes or speeders), and the D&S is so long gone that there are large trees in the trackway. 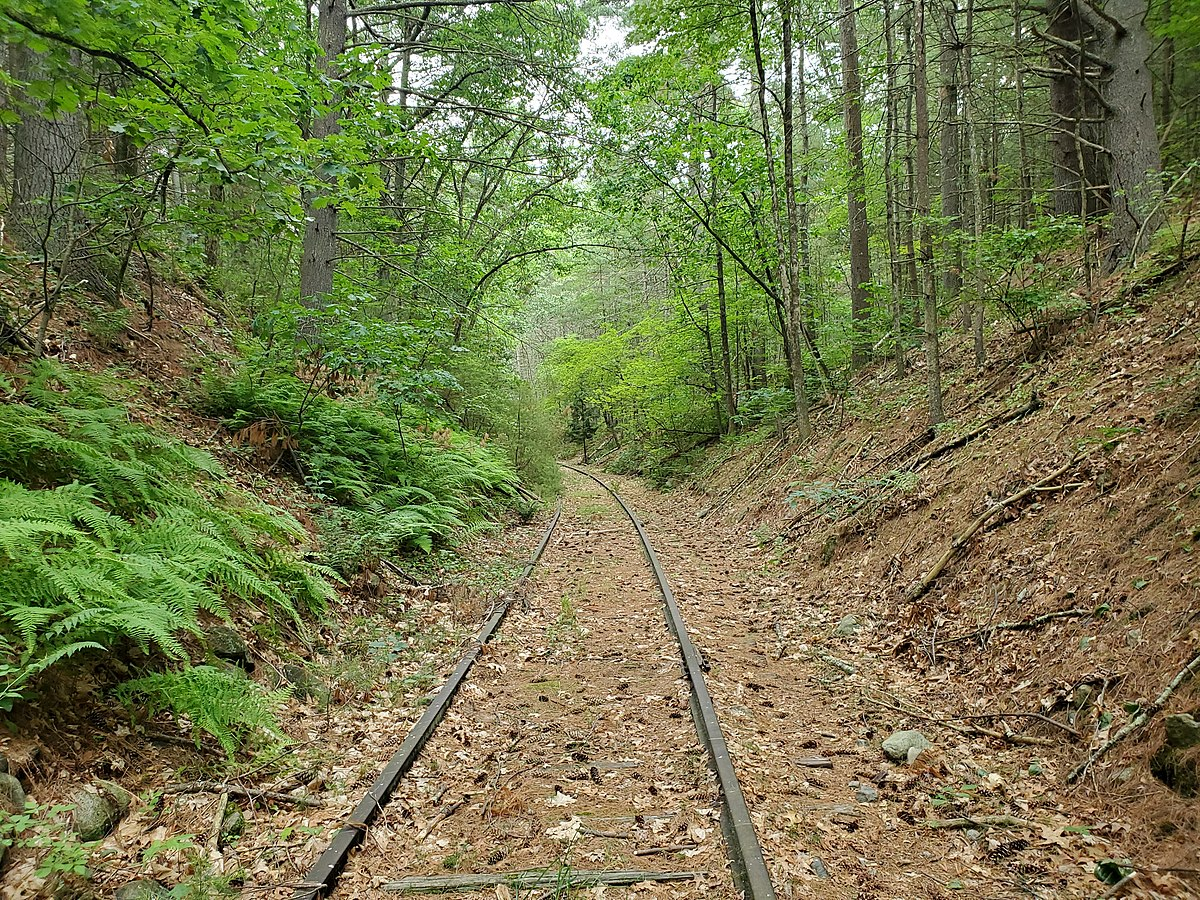 There seem to be only two NARCOA affiliates in New England: the Cotton Valley Rail Trail Club and NEREX. Both have relationships with freight railroads and tourist lines to run occasional trips on their tracks; Cotton Valley also has use of about 17 miles of disused state-owned lines in New Hampshire. There's also at least one railbike operator in Maine.
F

MBTA-owned Greenville Branch has some intact segments of rail into Townshend past the end of active Pan Am freight territory (Shirley-Groton town line at the Nashua River crossing), but that's probably also got trees sprouting up in the ROW after 35 years disused. And there is trail infill eventually coming there, though it's been slow progress.

Scrap steel got way too valuable in the last 20 years for abandoned-in-place lines to not get picked clean of their hardware. The scrappers made alliances with the trail lobbies to push the "Free Trail" scam on a lot of unsuspecting municipalities in order to lift nearly all the usable steel for salvage. As EGE says, it's only where the railbike lobbies have taken out leases to actually partake in maintenance-of-way on the corridors (such as the speeder club on the out-of-service/non-abandoned segment of Conway Branch in NH) where preservation becomes intentional.


Old Colony & Newport on Aquidneck Island in RI hosts speeder clubs in-season in between passenger train slots on the very much active Newport Secondary. Check that one out, as it's definitely close to Boston and there's plenty else to make a day of in and around Newport.
You must log in or register to reply here.
Share:
Facebook Twitter Reddit Pinterest Tumblr WhatsApp Email Link