The Veterans Administration is seeking to relocate their Portland clinic from its longtime location at 144 Fore Street. I recall renderings of this popping up in another thread. I still think this looks like a luxury car dealership.

The mention of old track reminded of the Westbrook to Portland Conceptual Rail Transit Study VHB published 6/2019 that is available on NNEPRA's site. The image below is from the study and shows the preferred train route location along west Commercial Street. That preferred route seems to be incompatible with where the clinic and parking garage are being built.

The concept as described by VHB definitely has some issues, like weak station placement on Commercial Street and high costs, but it's an interesting idea. I'm curious to know whether these new buildings will prevent use of the existing York Street rail tunnel in any future project.

Tom Nevers said:
That preferred route seems to be incompatible with where the clinic and parking garage are being built.
Click to expand...

It is, and I'm very surprised and disappointed nobody in city staff or NNEPRA spoke up about that conflict, because it wasn't mentioned at all in any of the planning material.
Either the developers didn't even consider the Portland-Westbrook rail proposal, or they didn't see it as a project likely to happen.
Last edited: Jul 21, 2020
P

There are plans to build a haul road from Eimskip to sprague terminal. Plans have been submitted to the Planning Board. NNEPRA has been leaning towards the Union Station plaza for its new station. The concept for Commercial St was developed before the VA. JB Brown saw more opportunity to develop its land aka return on investment than have amtrak tie up all its developable land for rail. The trail will be extended through jb browns land. The only other opportunity would to build on the snow dump area where gsg has a sand pit
M

Where is that haul road going to go?
I can't see the York St. tunnel being useful for anything but a trail, if that. You'd have to take a good chunk of Harbor View Park to do anything with it and that's probably under the parks land bank that killed the Congress Square Plaza project.
P

I think that the in-town train station idea has been shelved – NNEPRA's main rationalization for building a new station is avoiding a time-consuming turnaround at the existing location, and moving the station to West Commercial Street would just re-create the same problem.

A West Commercial Street location would serve Portland-bound tourists, but I don't think that's the most important market for the Downeaster to go after – they're looking to build ridership by adding more "commuter" trains between Biddeford, Portland, and Brunswick, and an infill park-and-ride stop in West Falmouth. Putting a station on St. John Street would put the train within walking distance of the state's biggest employer (Maine Med) and better cross-town connections with METRO.

markhb said:
Where is that haul road going to go
Click to expand...

It's basically going to hug the RR right of way. It's only intended to be a one-way road. 15' wide. It will connect to Cassidy Point Drive right at the grade crossing near the Cianbro site.
C 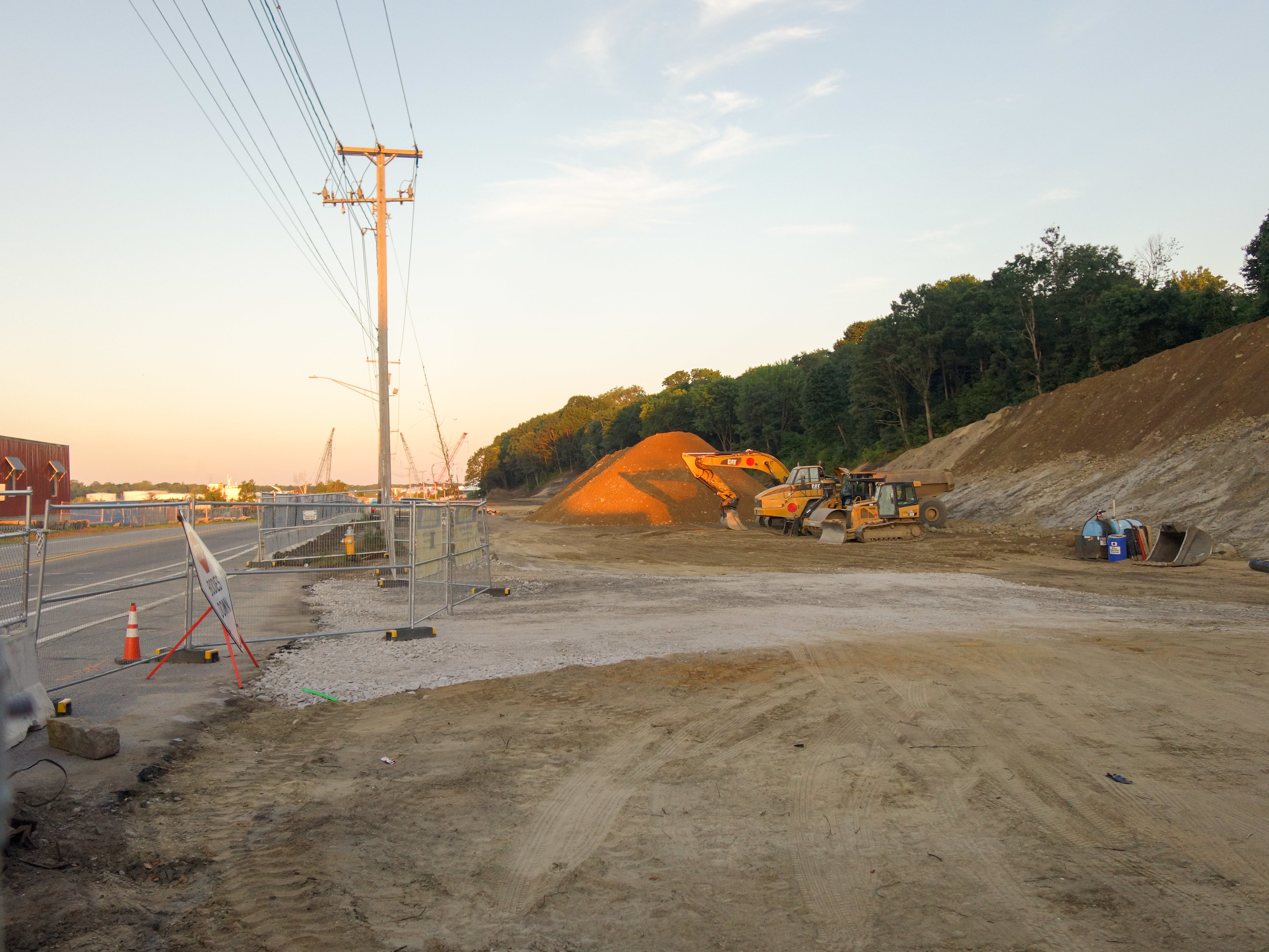 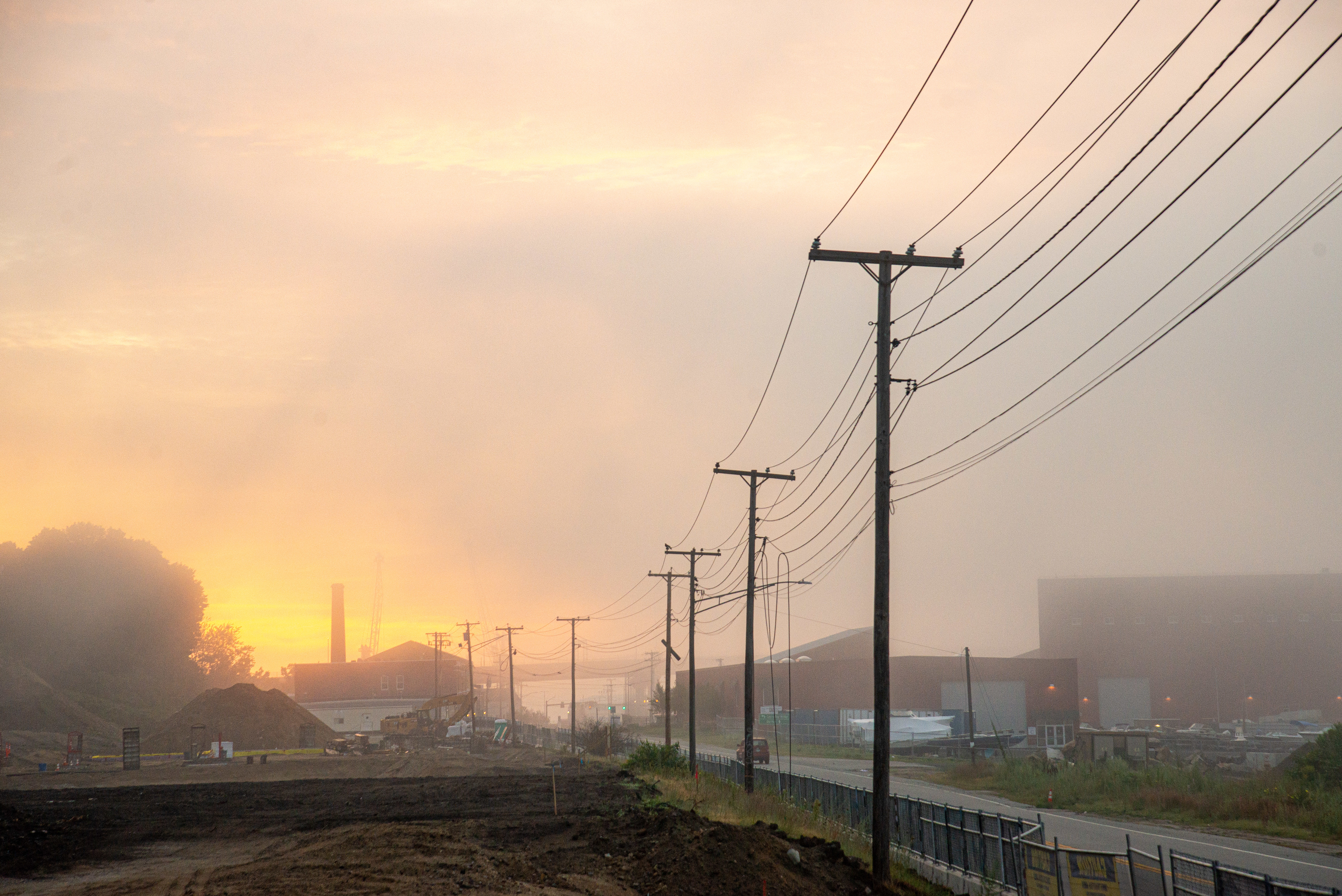 cneal said:
You can tell Corey's a new parent from all the crack-of-dawn sunrise shots he's been getting lately
Click to expand...

Haha, you got it. I try to get out for my morning exercise and photo taking before everyone wakes up. It's good timing for sunrises this time of year. Wow, that was fast--not like the other construction around town the prior year. The peninsula certainly has enough perimeter parking garages now.
C

A waterfront view of the new building. On the other side of this photo I'm curious to see if Portland Trails will be able to eventually connect Emery Street and Commercial Street with a pedestrian path per this conversation. 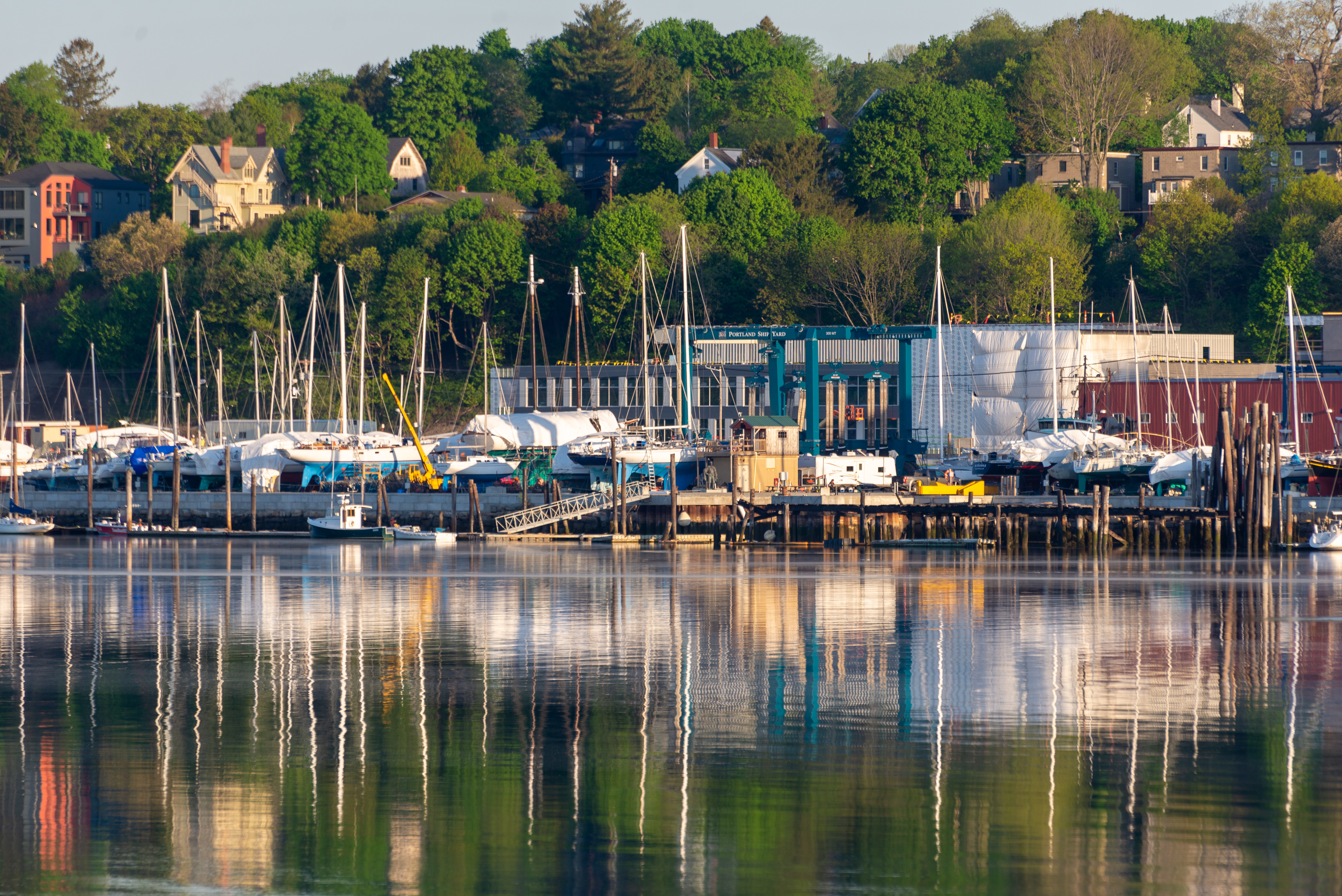