And the room looks slick, a space age version of a room I stayed in during my visit to Kyoto.
Click to expand...

Mind you, the example room is citizen m since we don't yet know what brand this will take on, if any.
A

The PNF said:
As the Leather District transformed during the industrial revolution, the downtown locale made
for a dense extrusion up from the busy sidewalks. Given this density and the era of vertical
construction the most notable historic buildings used cast-iron and brick facades to express their
urban presence. A wonderful array of cast-iron relief and ornamentation exists throughout the
vicinity. Most of this expression is subtle, given the basic flatness that resulted. The proposed
building will reinforce this narrative with modern materials that combine to create a play of
elements that are ornate in a contemporary language. Instead of using sleek glass and light metal,
this project will use dark metal frames consistent with the cast-iron texture around the Leather
District. These frames will also have depth to enhance the subtle play of light across the facade.
Further, a slight bevel and mitered corner expression will play up each opening. With this
expression, the facade is intended to celebrate the classic proportions offered by a highly
regularized pattern all the way up to the top of the building.
Click to expand...

Oh hell yes. This is wonderful to read.

Arborway said:
Oh hell yes. This is wonderful to read.

Sure, but it's not "flat." That's the operative word in Arborway's post.

Gives a better idea of the mural wall.
F

Wow, that building they reference under “precedents” (Shinsegae HQ) is sexy as fuck. Like a 21st C Seagram.

FK4 said:
Wow, that building they reference under “precedents” (Shinsegae HQ) is sexy as fuck. Like a 21st C Seagram.
Click to expand...

Can we get that instead?
D

vanshnookenraggen said:
Can we get that instead?
Click to expand...

We're supposed to get a really fat version of it in Fenway.

Gives a better idea of the mural wall.
Click to expand... 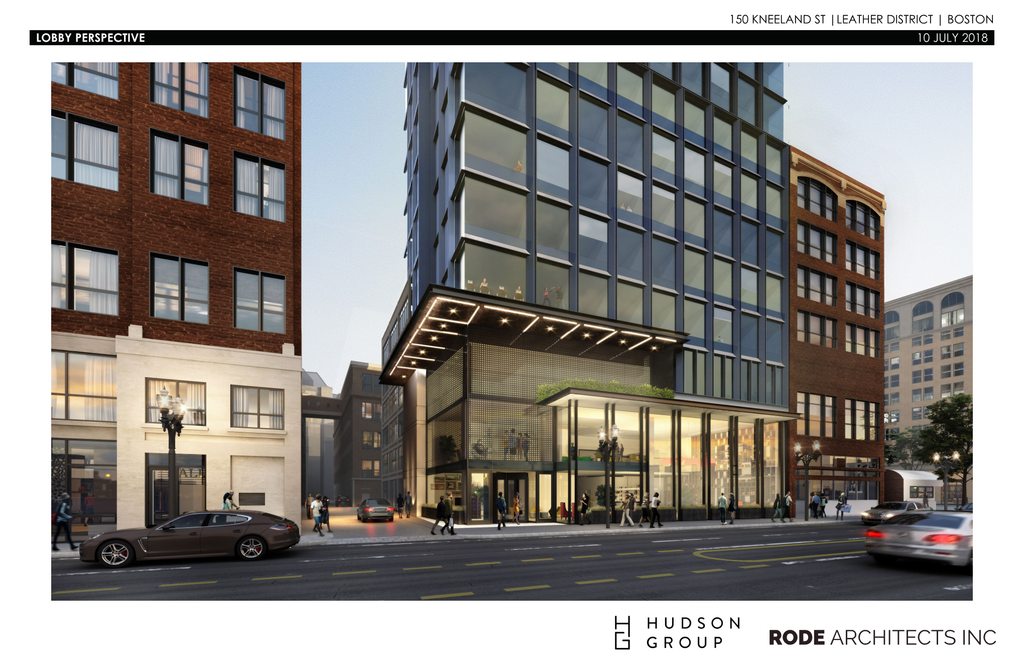 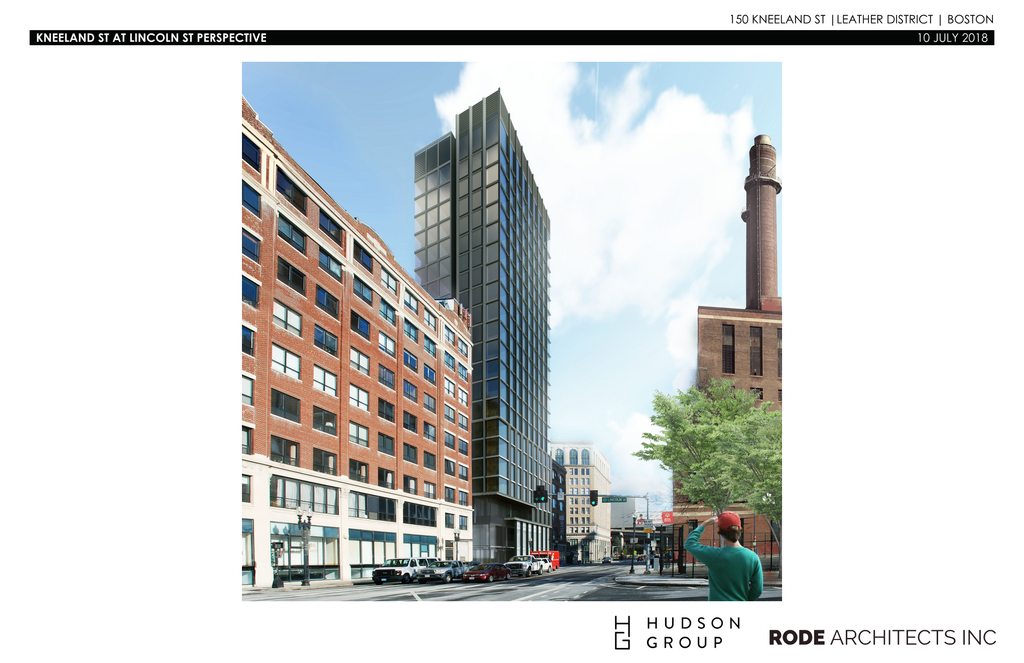 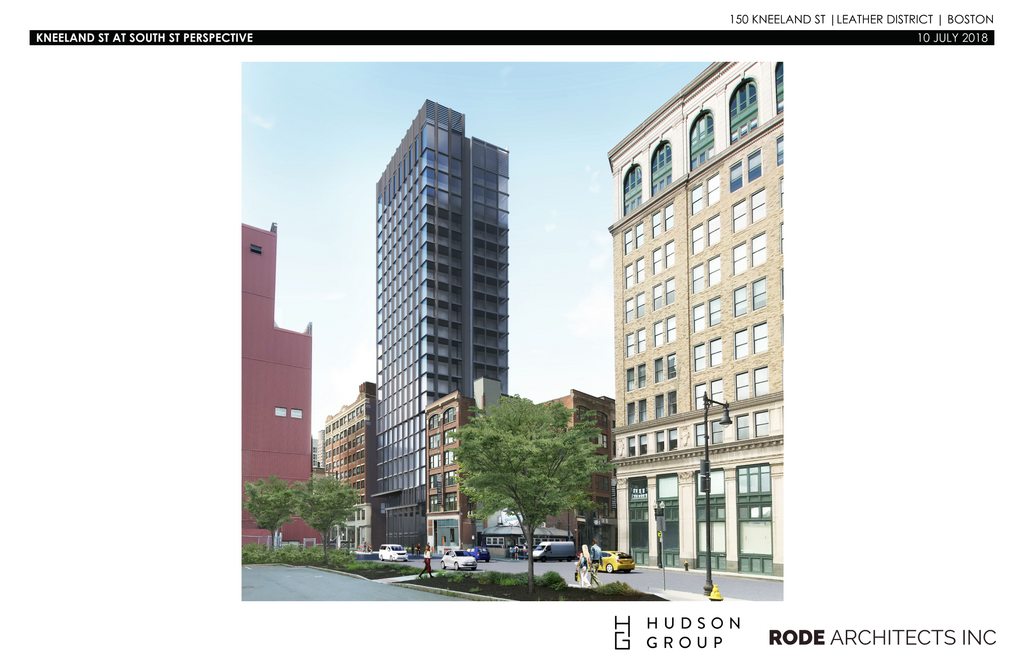 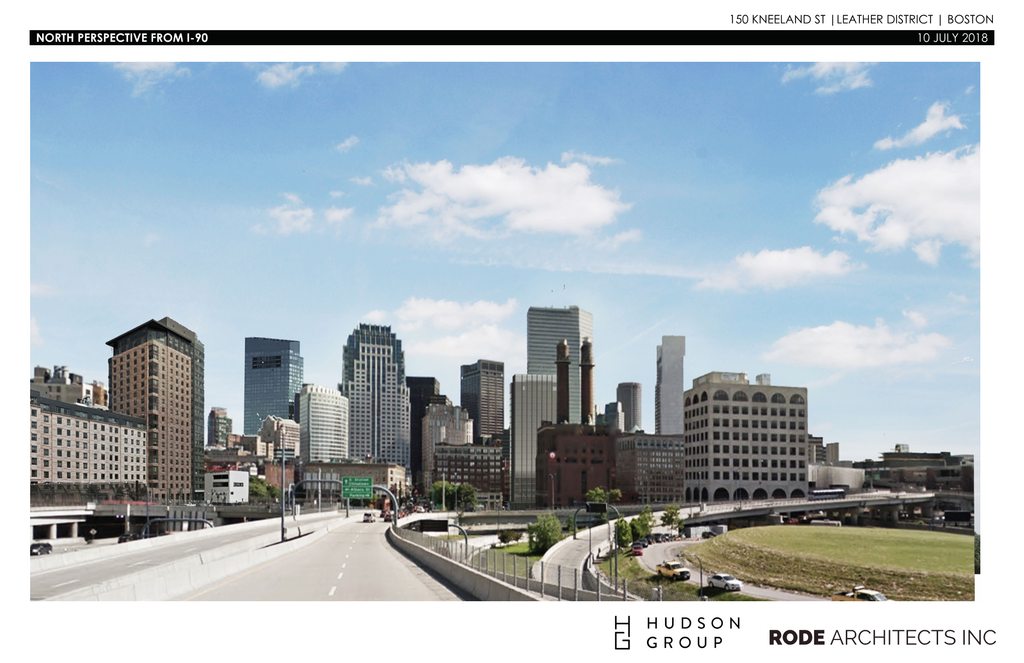 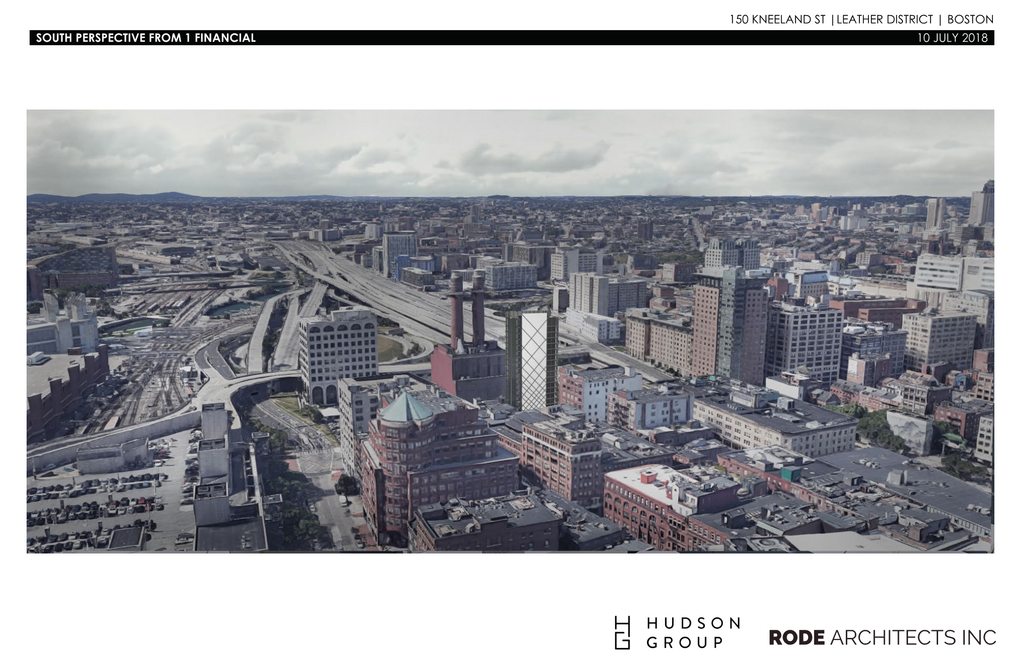 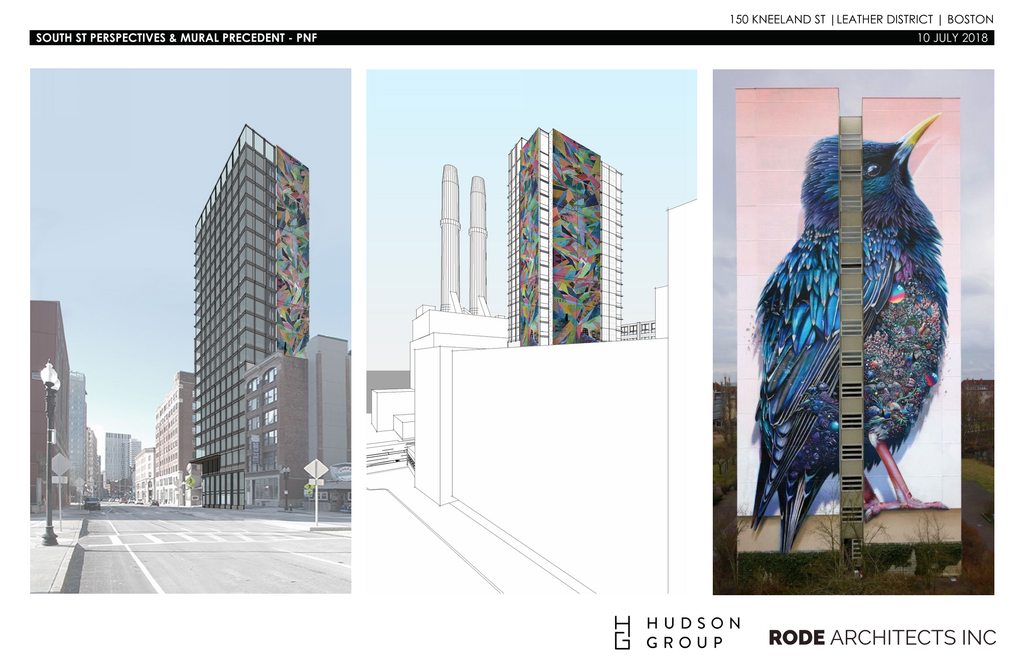 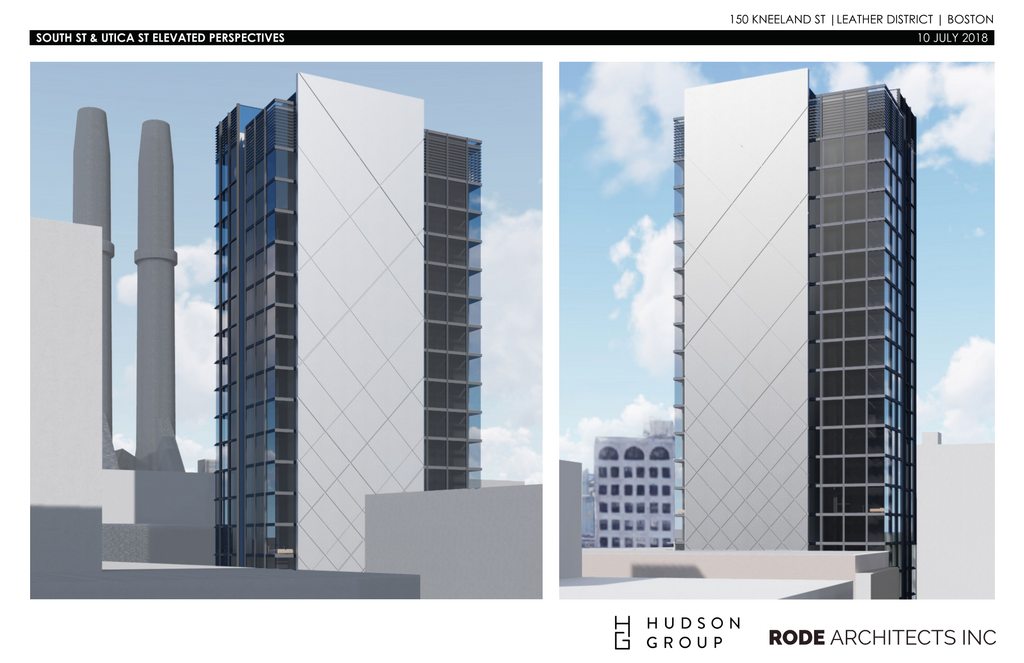 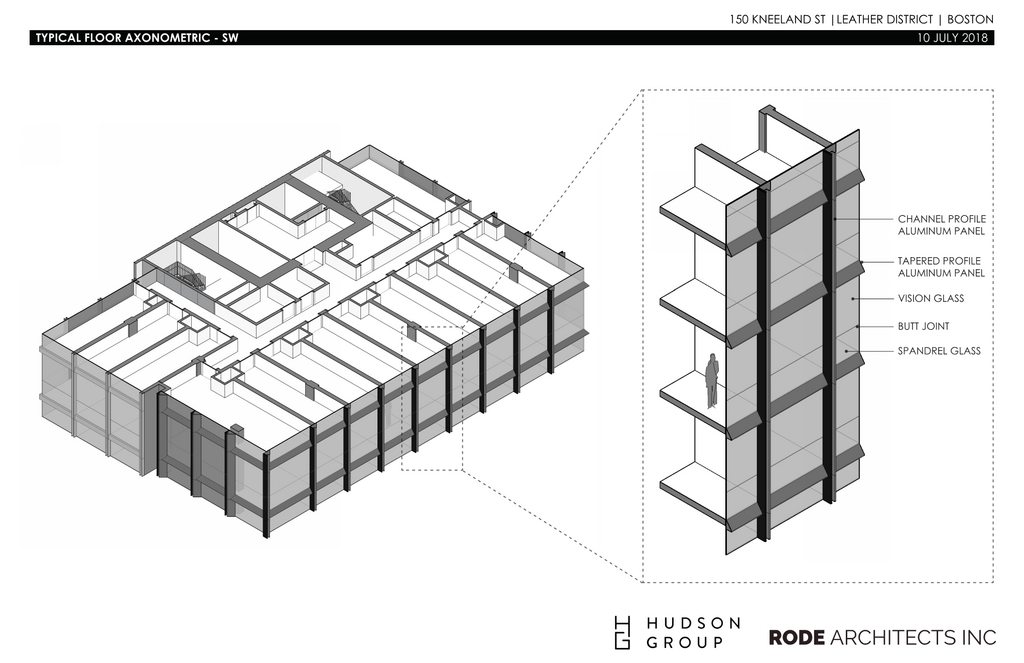 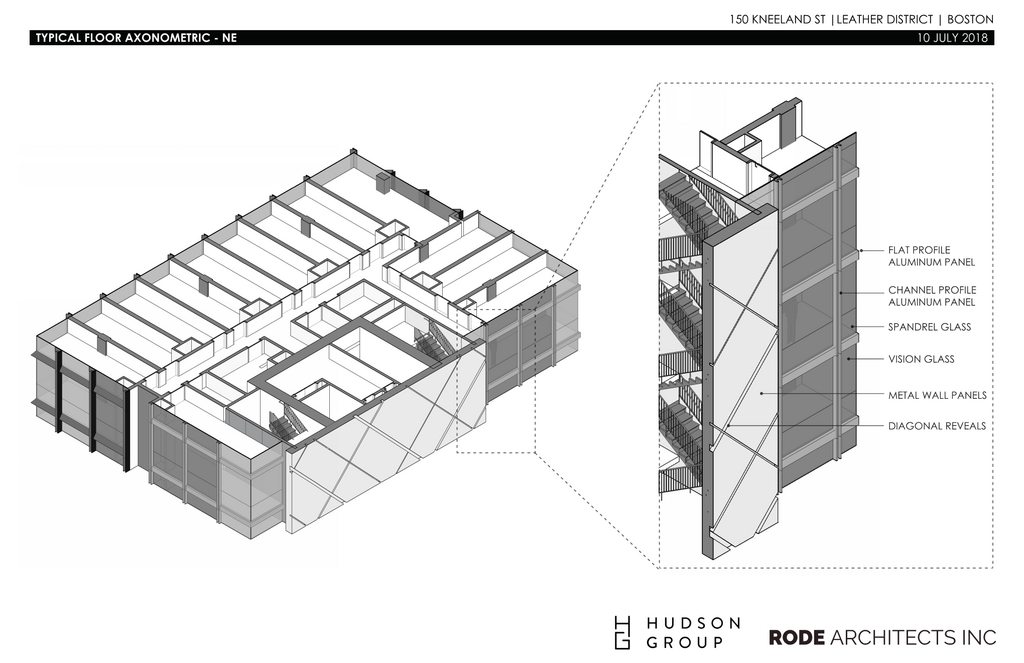 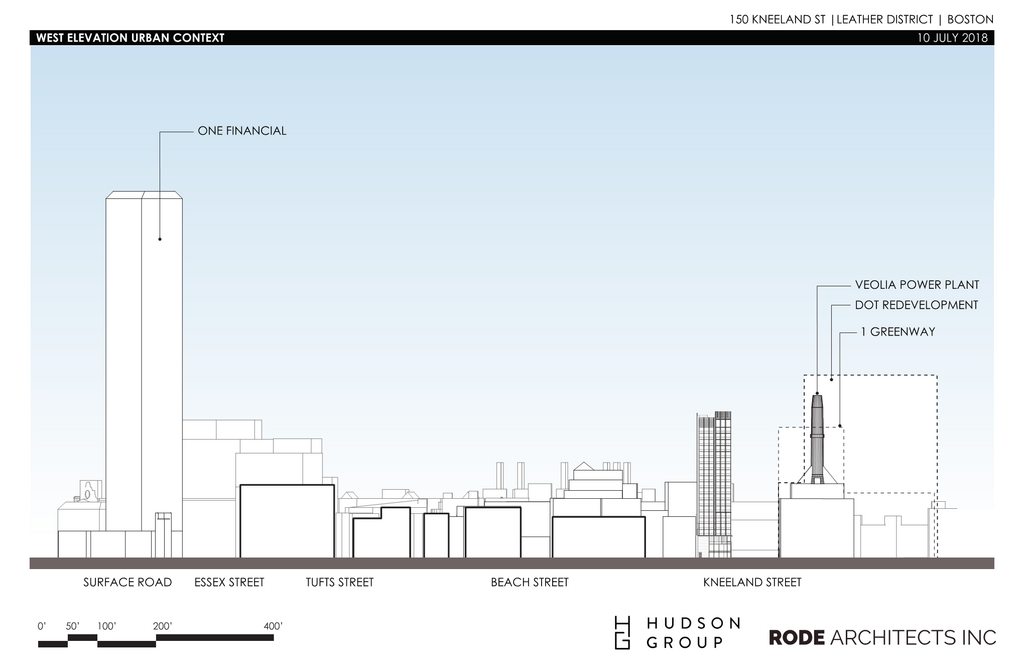 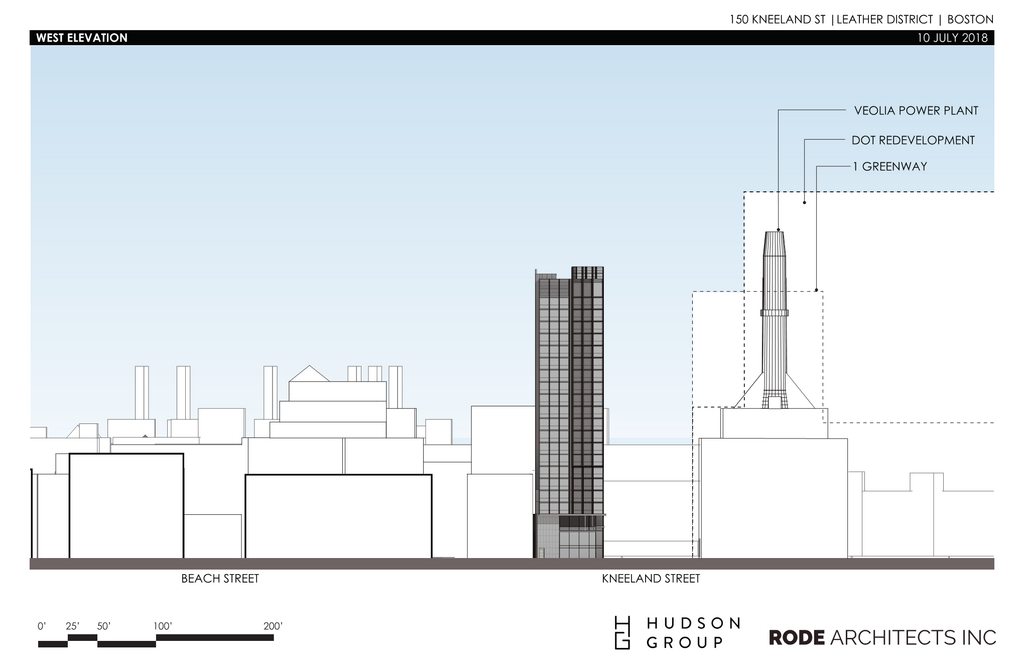 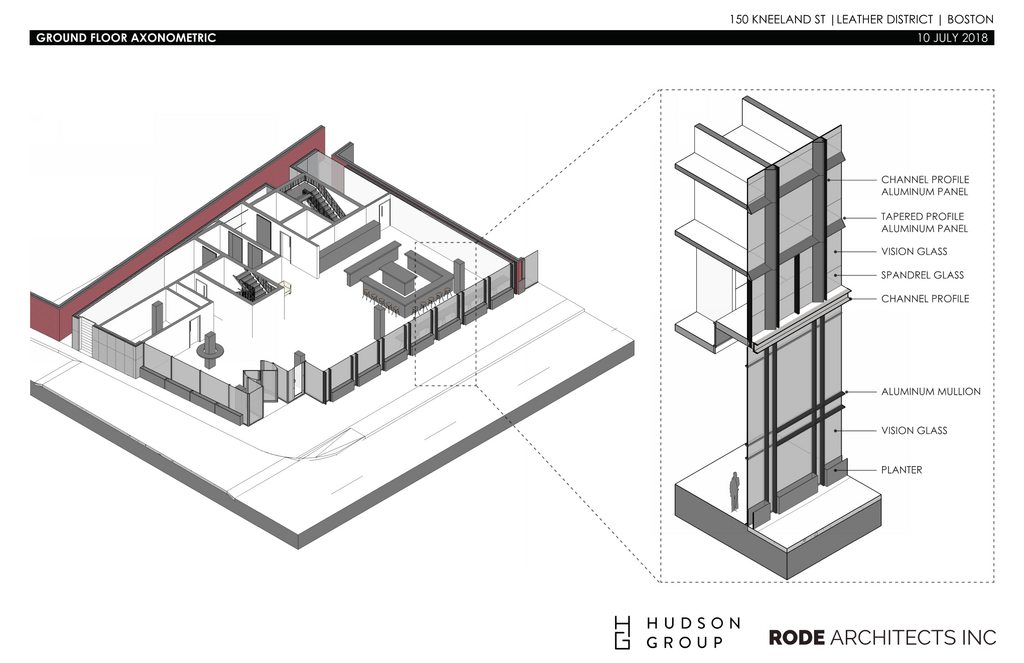 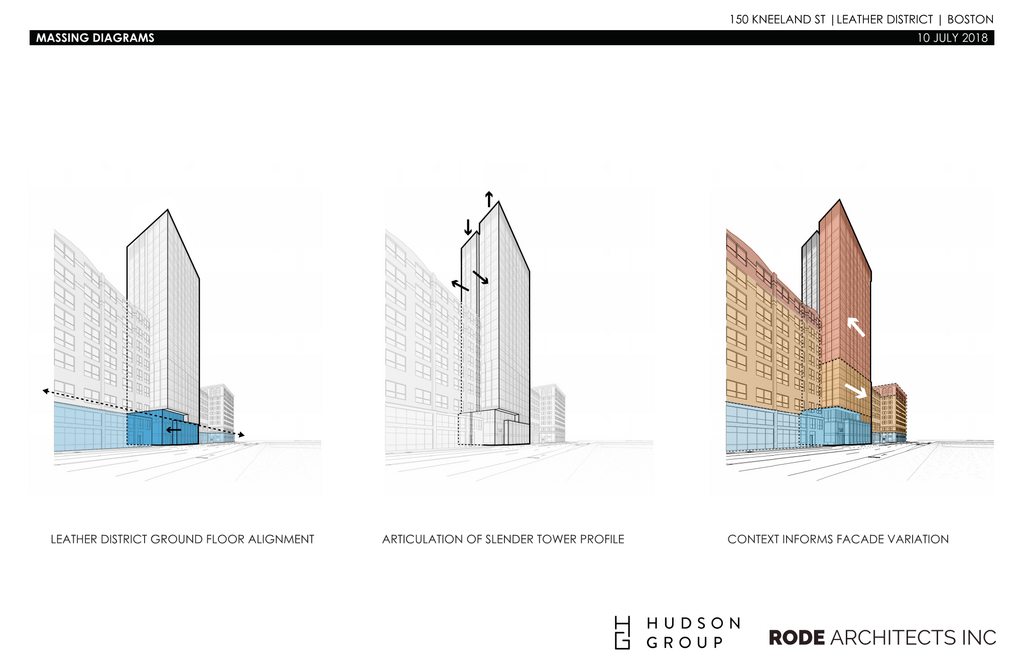 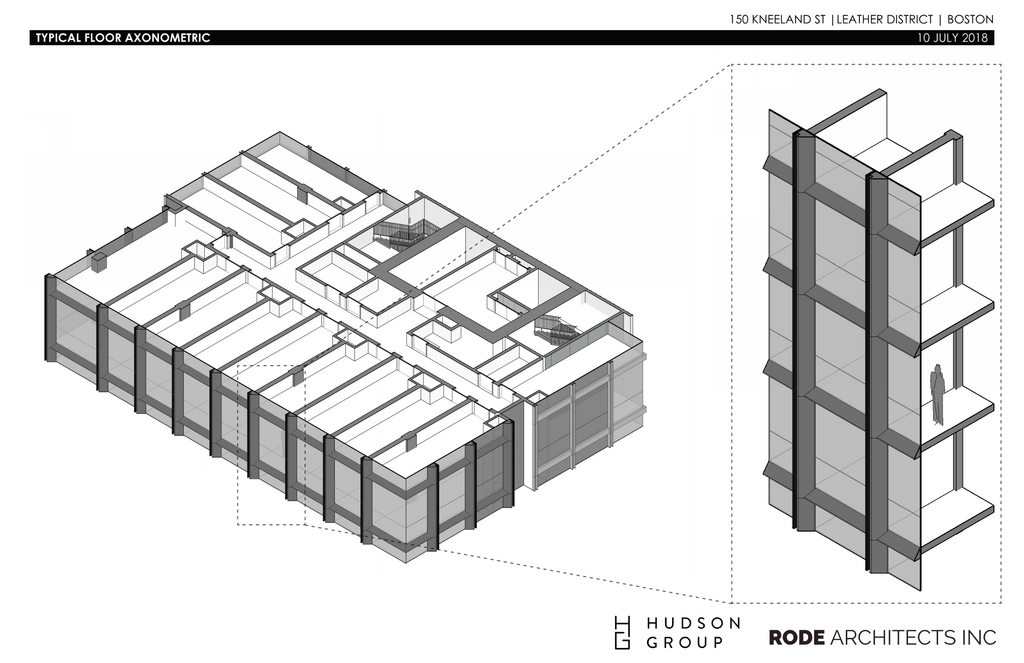 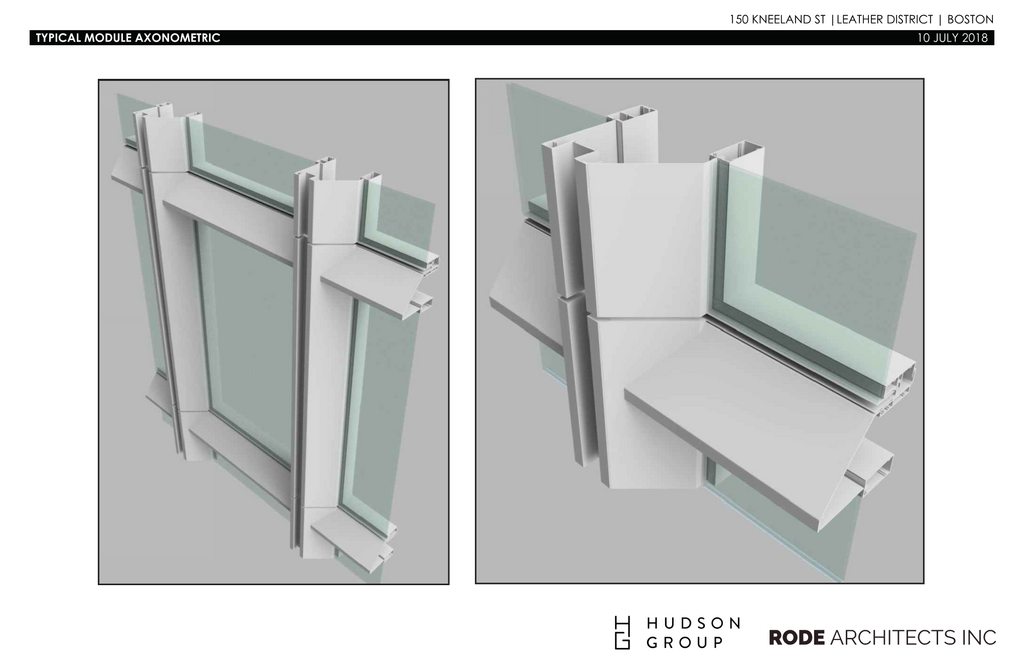 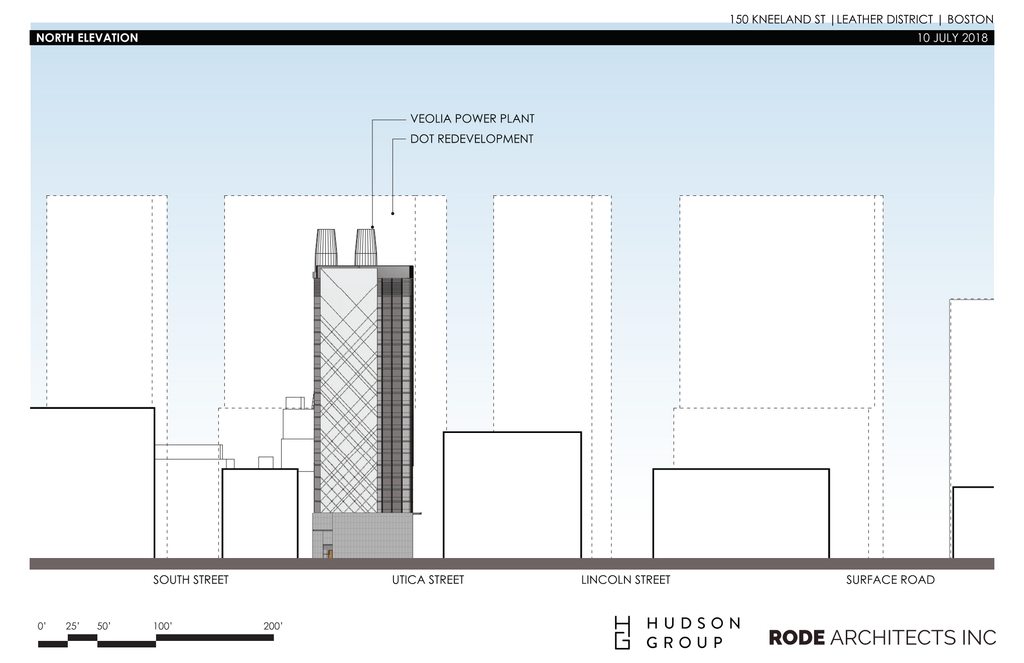 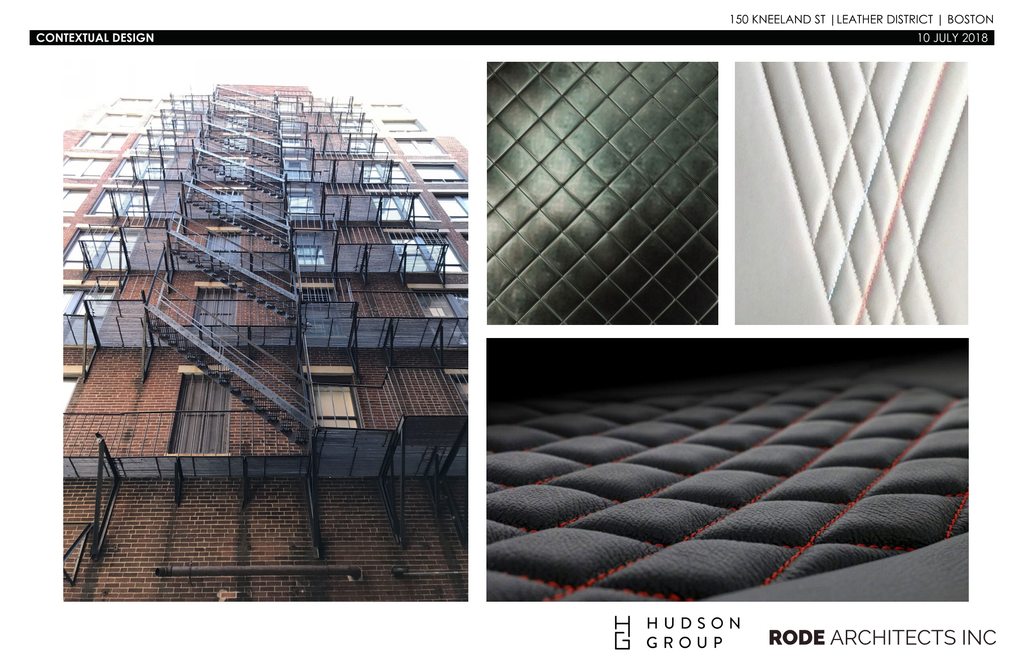 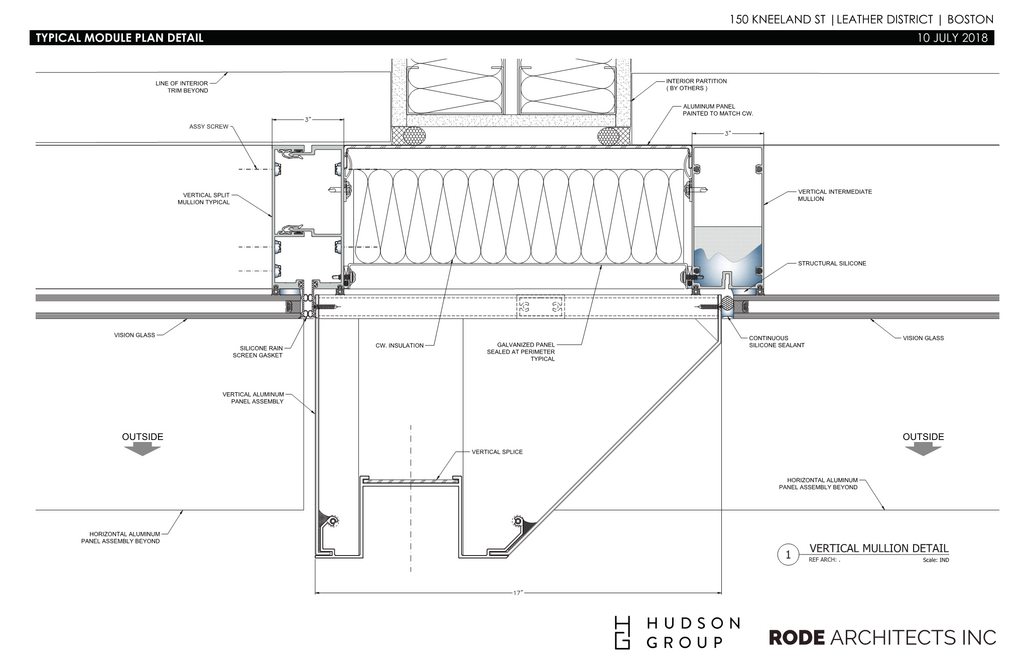 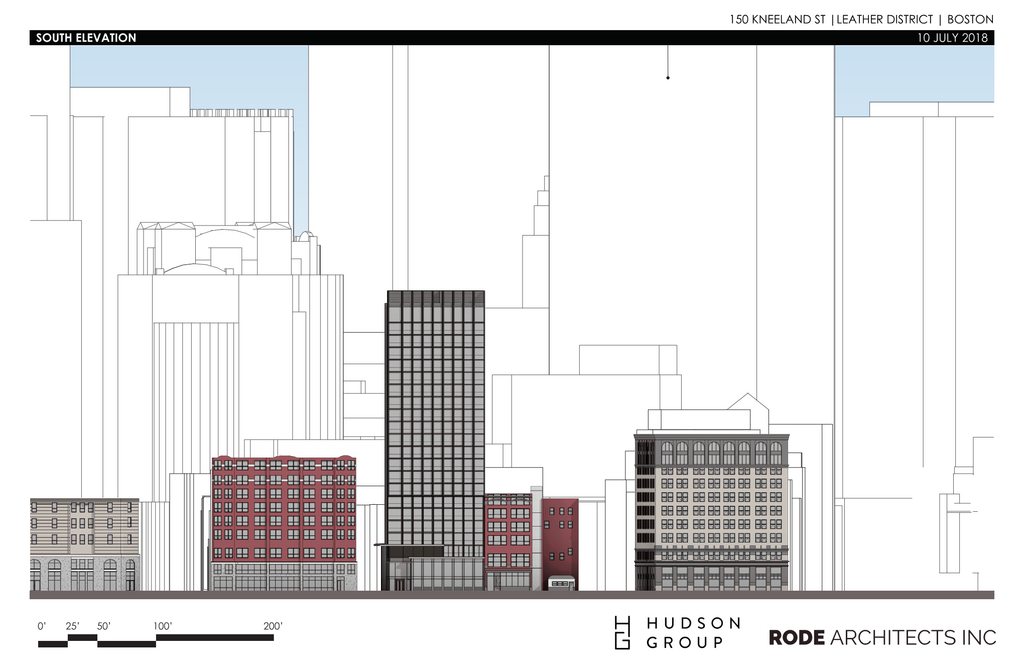 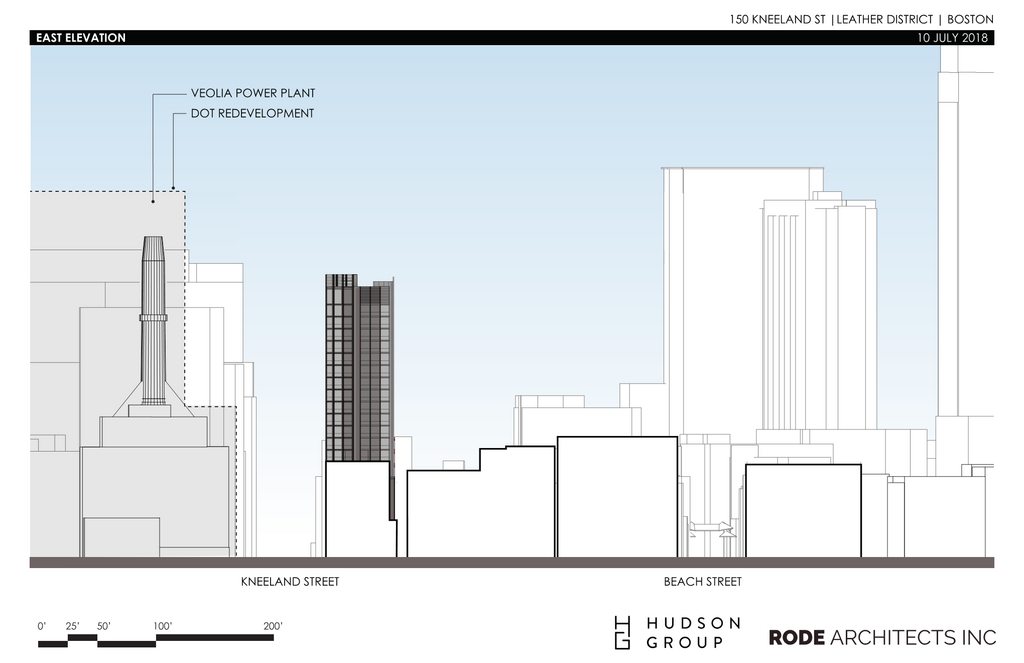 This is very attractive. The mural is nice, but from the visible angles, it's fine even without it.

The mural is pure fiction. It is a placeholder for "something cool here".

Nice to see a design detail in PNF though.

I dig the folks over there at RODI. They are fighting the fight.

A roof mechanical screen that is actually integrated with the building rather than just a box dropped on top? Yes please and thanks.

Are projects this significant w/ 'no-brainer-approve-it-yesterday' value to Boston approved fast enough? No, they are not. Good bldg. Add some special provision to speed up the process on certain projects and approve it already. Maybe Boston should encourage 1.5x the number of projects for no other reason than the process being so abysmally slow. In Cambridge, this thing is u/c the month after next. If the DOT has to hold a lottery to give away those parcels (across the street/ and diagonally over 1 block) for a dollar, they should do it. This walk-able to Downtown area is pitifully under-built.
Last edited: Jul 12, 2018

Quality design and love the creativity to ensure the back isn't just a blank wall.

BCDC presentation from this week:

They've introduced some folds in the back wall...

They've introduced some folds in the back wall...
Click to expand... 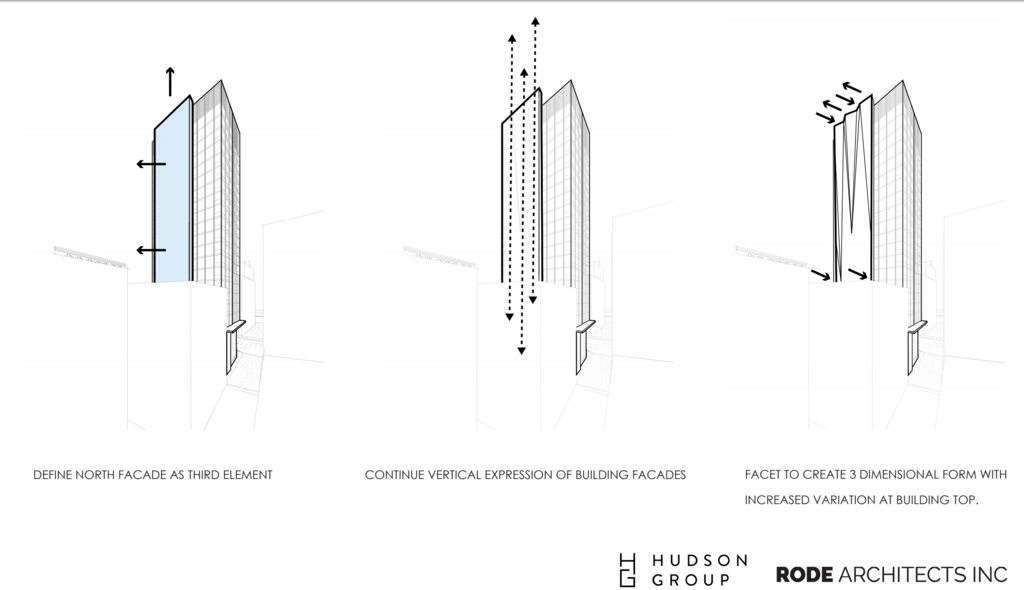 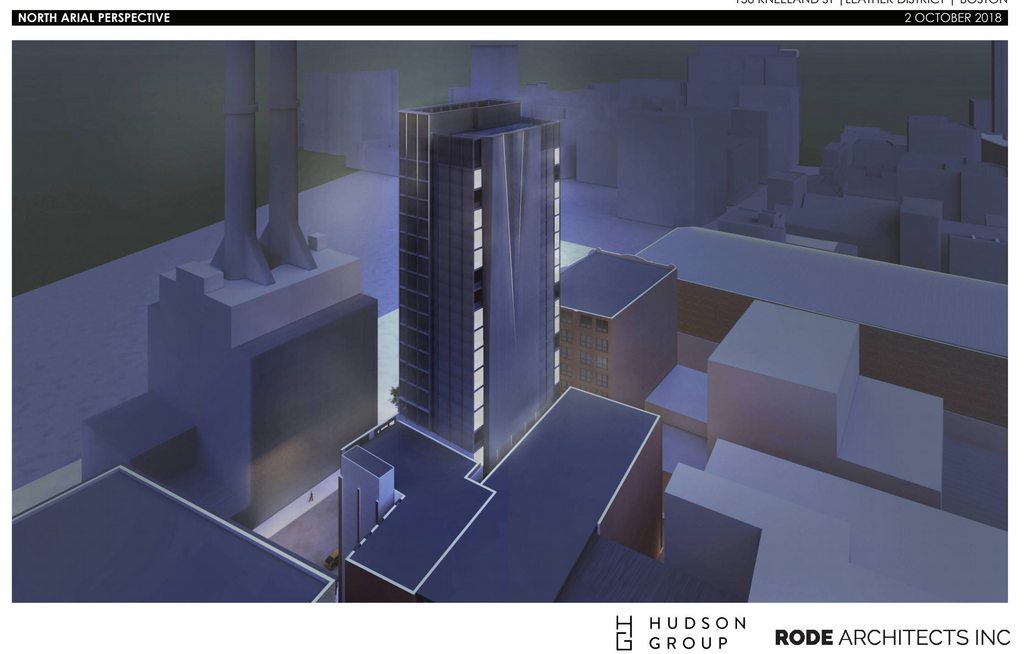 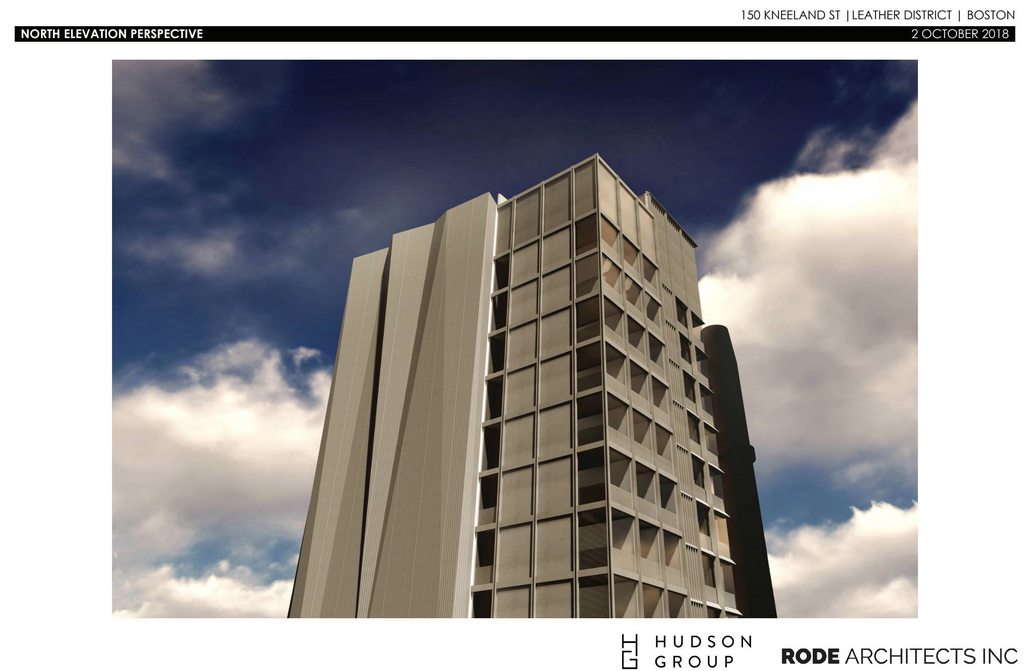 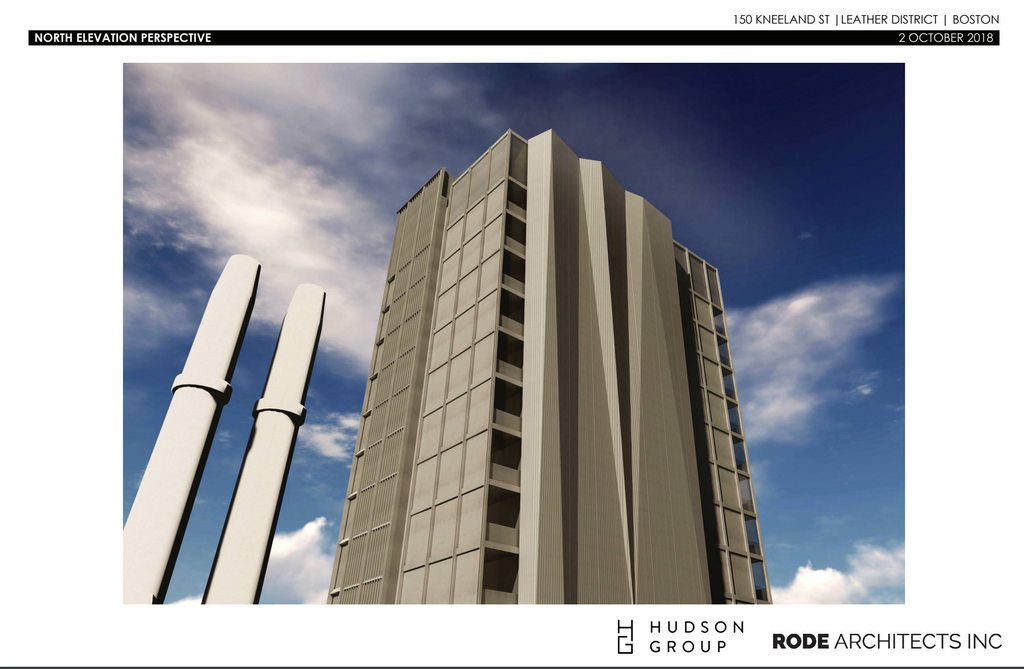 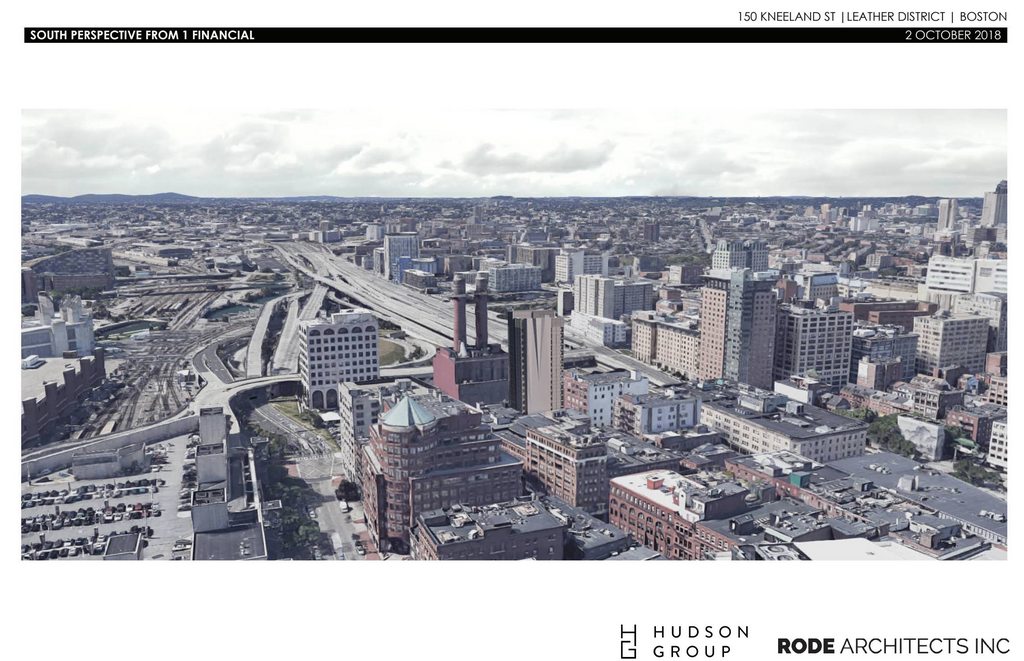 Its hard to read what that material is. It doesn't help that they made a nearly monochromatic render at night. That's a bit concerning. This, visually, like a lot of recent projects, will be dependent on the materials. But I do like the folds.
S

I like it but this has to be taller doesnt it? Its downtown Boston what are we doing here? Honestly
S

The city should be like oh you want to build a hotel here? Double the height add a separate entrance and put affordable housing in. This city has a huge housing shortage and the leaders of this city don't seem to be doing anything

stefalarchitect said:
Its hard to read what that material is....But I do like the folds.
Click to expand...

I think it's some sort of stamped metal, an inexpensive riff on the cladding of Herzog & DeMeuron's de Young Museum or Walker Art Center.

I don't dislike the folds, but I think I prefer the super-graphic/mural.


Suffolk 83 said:
The city should be like oh you want to build a hotel here? Double the height add a separate entrance and put affordable housing in.
Click to expand...

Though the scale of the site, and potential fire-safety issues might be a deal-breaker, I agree that the city needs to play a much more active role in combating displacement. In this way, Marty Walsh is every bit as blind as Tom Menino was.


Suffolk 83 said:
This city has a huge housing shortage and the leaders of this city don't seem to be doing anything
Click to expand...

Agreed. The City is interested in building new housing stock to retain a higher percentage of recent colleges grads who transition into high-skill/high-wage jobs, while attracting employers who will hire them (and attract more like them) to Boston. The City is focused on creating an fueling an economic solution and paying mere lip-service to existing and future social problems.

If the world is a chessboard, this is little more than high-stakes tic-tac-toe. Believing that market forces will solve the housing shortage is an old idea that was never particularly accurate or convincing. It's the equivalent of fighting a war on one front when you're surrounded.
You must log in or register to reply here.
Share:
Facebook Twitter Reddit Pinterest Tumblr WhatsApp Email Link