DZH22 said:
When it was the empty space within the oval I looked at the FAA map and thought "wow, think of the possibilities!!!" Shame on me for dreaming big I guess. The end product is the death of that dream.

I'm hoping for a few supertalls eventually in the Kendall Square and 1st Street area. I think the Cambridge mentality will come to accept this option in the future.
S

Charlie_mta said:
I'm hoping for a few supertalls eventually in the Kendall Square and 1st Street area. I think the Cambridge mentality will come to accept this option in the future.
Click to expand...

What goes in the supertall though? Tech hasn't wanted tall, they've wanted wide - I can't see that changing with anything in the coming years.

And are we under the same understanding of the "Cambridge mentality?" http://archboston.com/community/threads/general-boston-discussion.5457/post-403336

stefal said:
What goes in the supertall though? Tech hasn't wanted tall, they've wanted wide - I can't see that changing with anything in the coming years.

And are we under the same understanding of the "Cambridge mentality?" http://archboston.com/community/threads/general-boston-discussion.5457/post-403336
Click to expand...

As Kendall and the area north of it eventually becomes more of a thriving CBD area, a mix of office and residential supertalls could happen there, I know how provincial the Cambridge mentality is right now. But I'm hoping subsequent generations will see this area of Cambridge as part of the metro core, which it certainly deserves to be. Shifts in perspective happen over time. Look at Arlington's current (relative) acceptance of a Red Line extension versus the 1980s.
S

Getting a 465 footer in Kendall should help set a precedent where developers can match or go slightly over. Do this enough times and you have a really balanced skyline and some height. 1000 cuts.
C

I think the Salesforce Tower in SF looks way out of place and it is surrounded by 400-500 footers around it. Although it makes sense to build tall, that Cambridge Common or Northpoint or whatever it is by I-93, that would have been a great place for some 300-500 footers. i am thinking LIC-styled tall, think residential. In Kendall, I think 500-600 feet would be as high as I would go with a mix of office and residential.
B 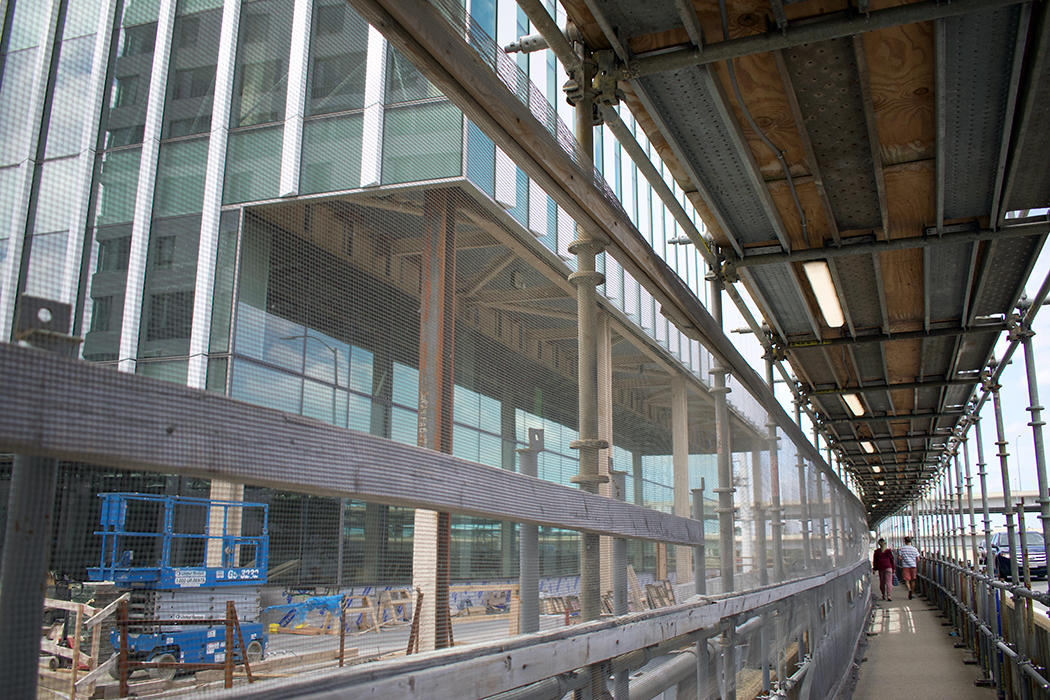 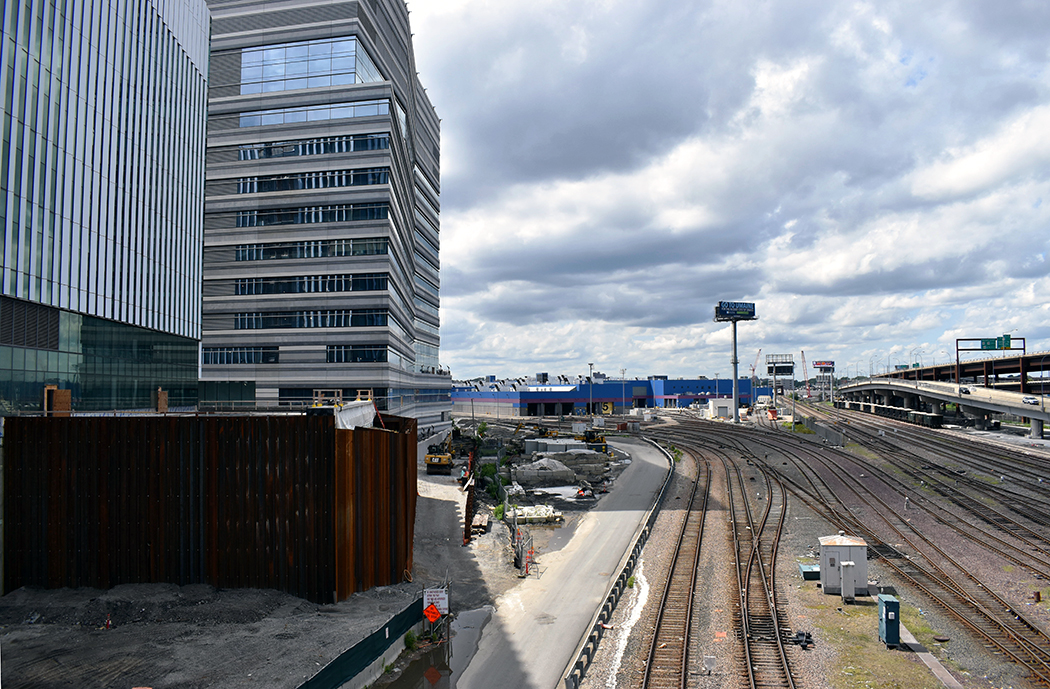 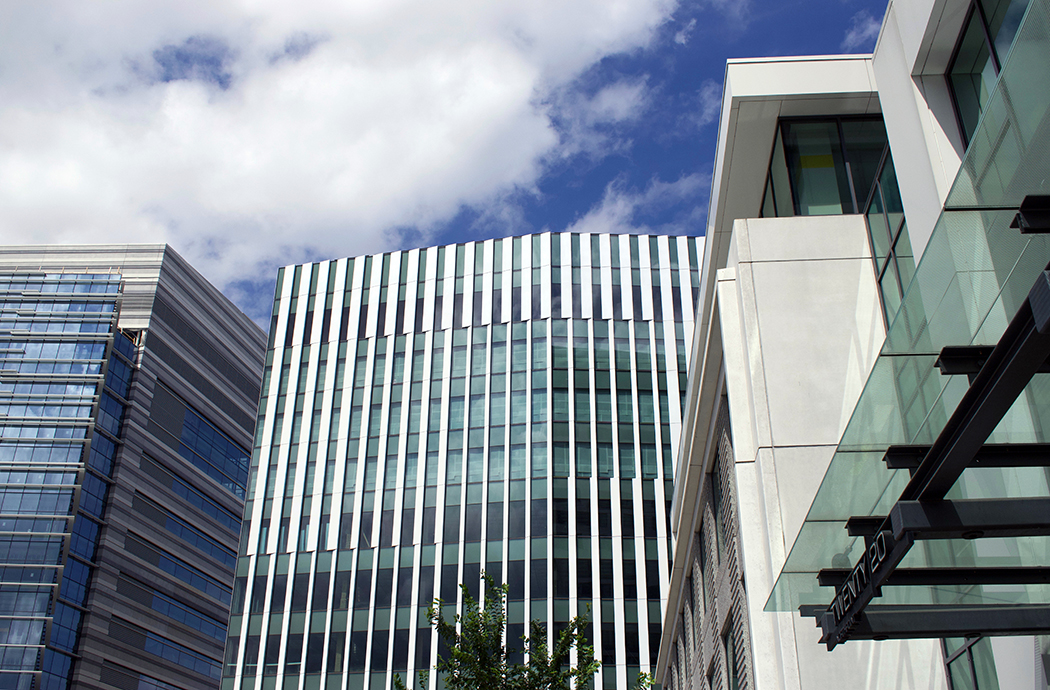 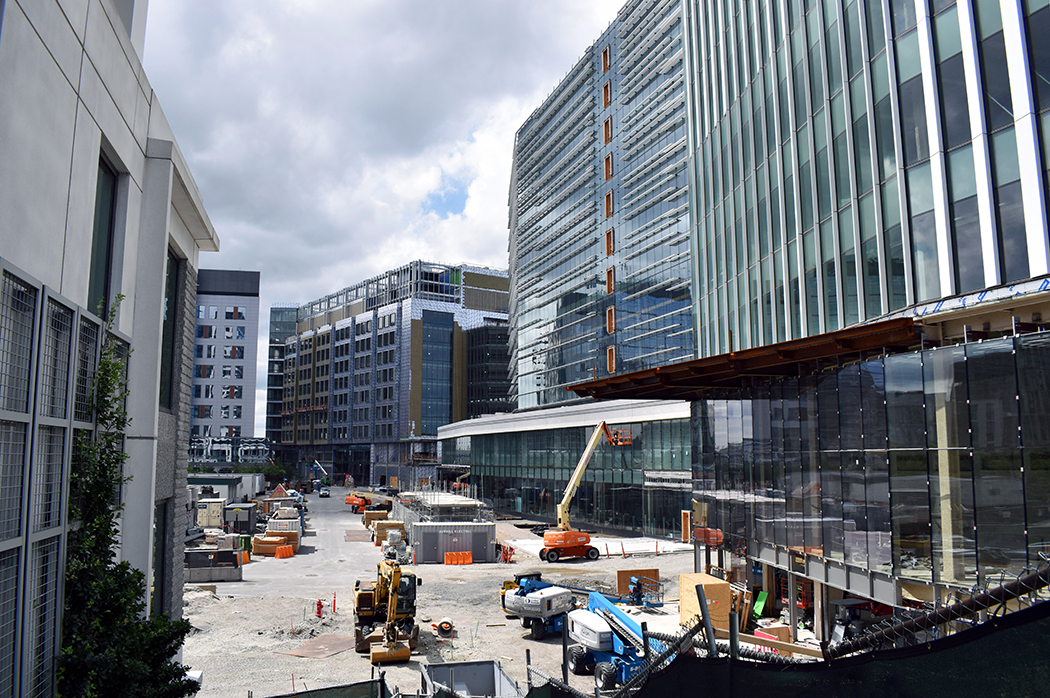 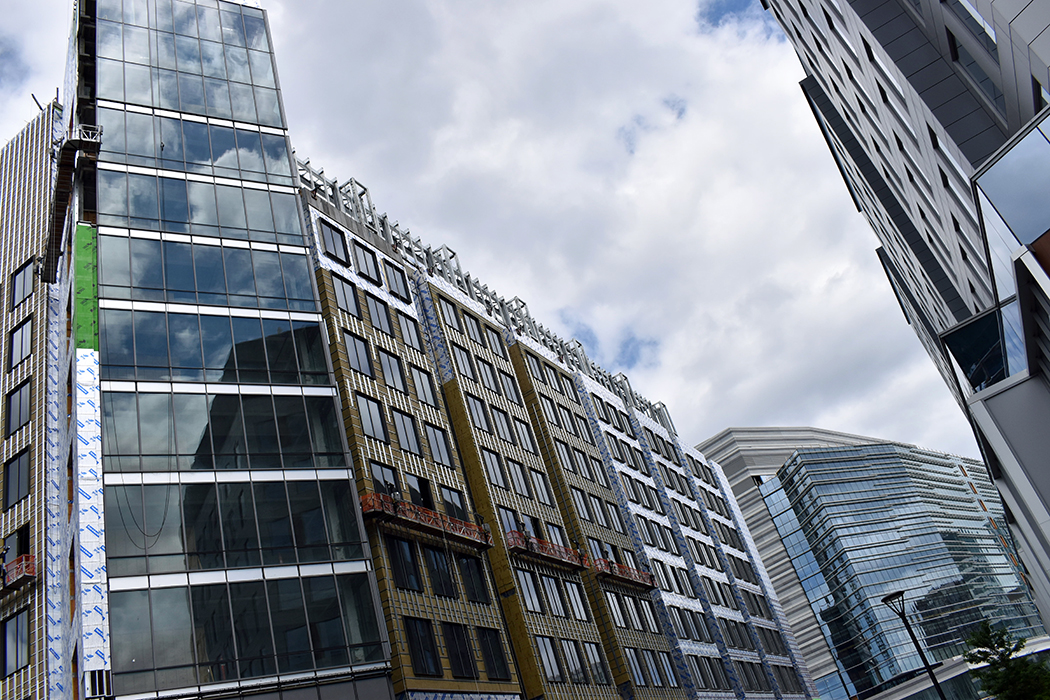 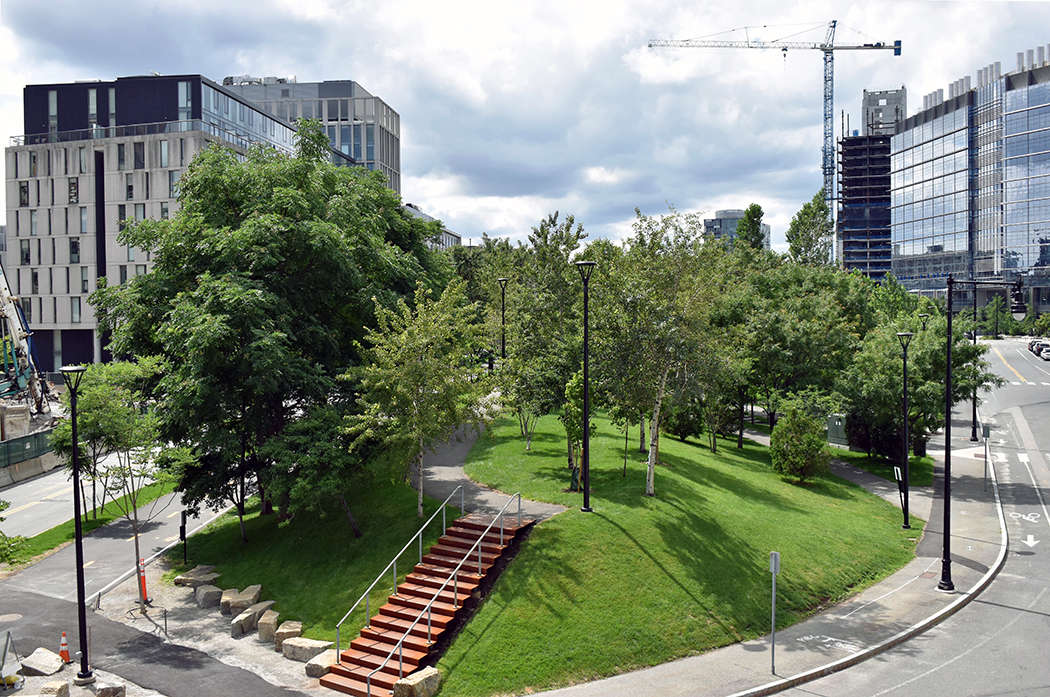 I remember waslking that bridge to work in 2007 watching them build that hill. It was originally formed with large blocks that looked like foam, but must have been some type of concrete or plastic maybe. And then a layer of soil, maybe some rocks too. Either way it’s come a long way from the barren windswept bridge I had to cross.
E

It probably was foam, actually - it's called geotechnical foam.
I

It was ... they removed all of that from the northern drumlin when they built the restaurants at Lot W and installed the new rainwater flood control system for (non structural) CX. I documented some of that in 2017-2018 on this thread. They removed some from other areas, but none from the southern drumlin, imaged by @Brad Plaid, above.

So great to see this part of Cambridge get some trees and green spaces. For about a century the area had been paved over with railroad yards and factories, with nary a tree in sight.
D 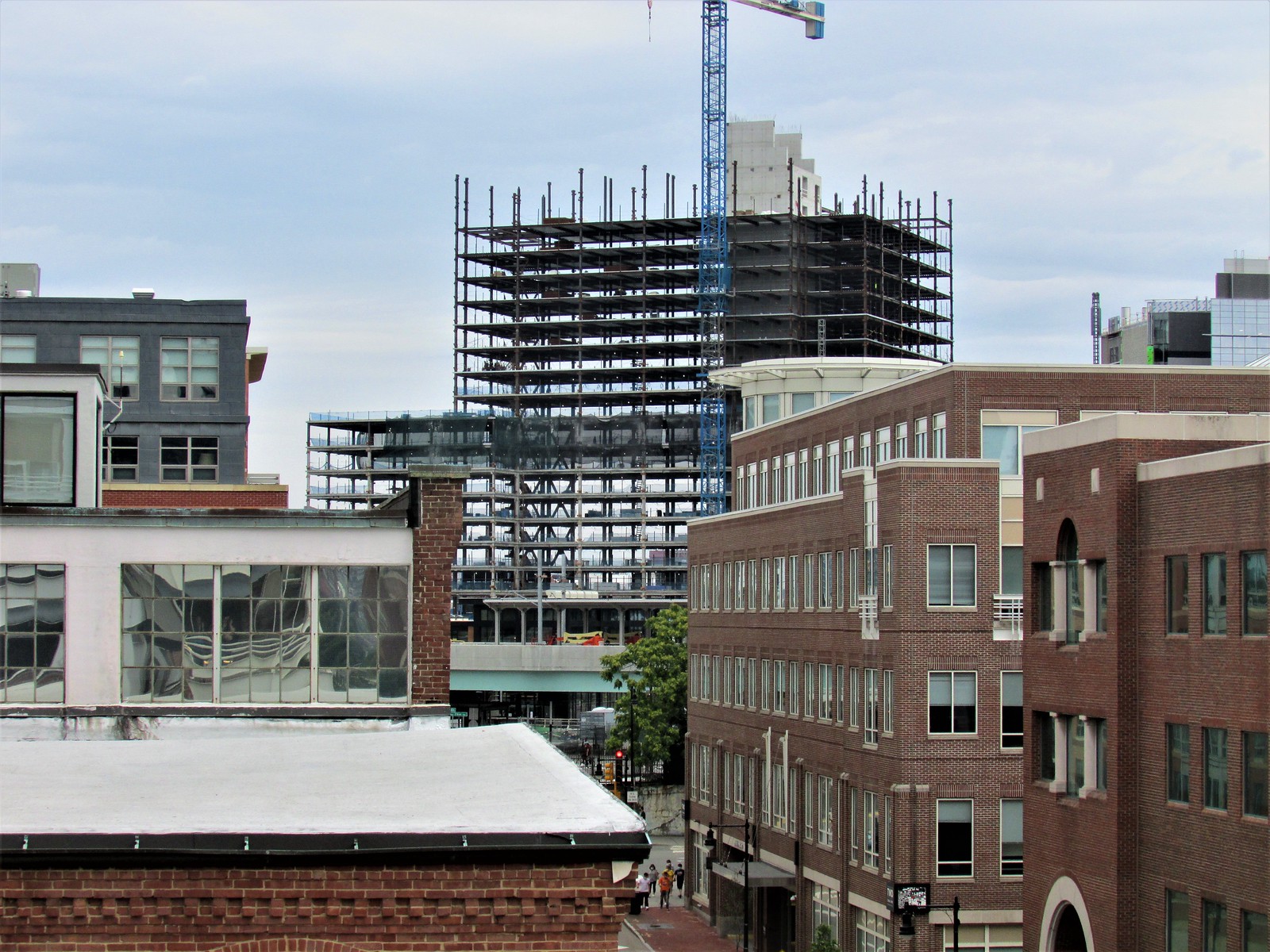 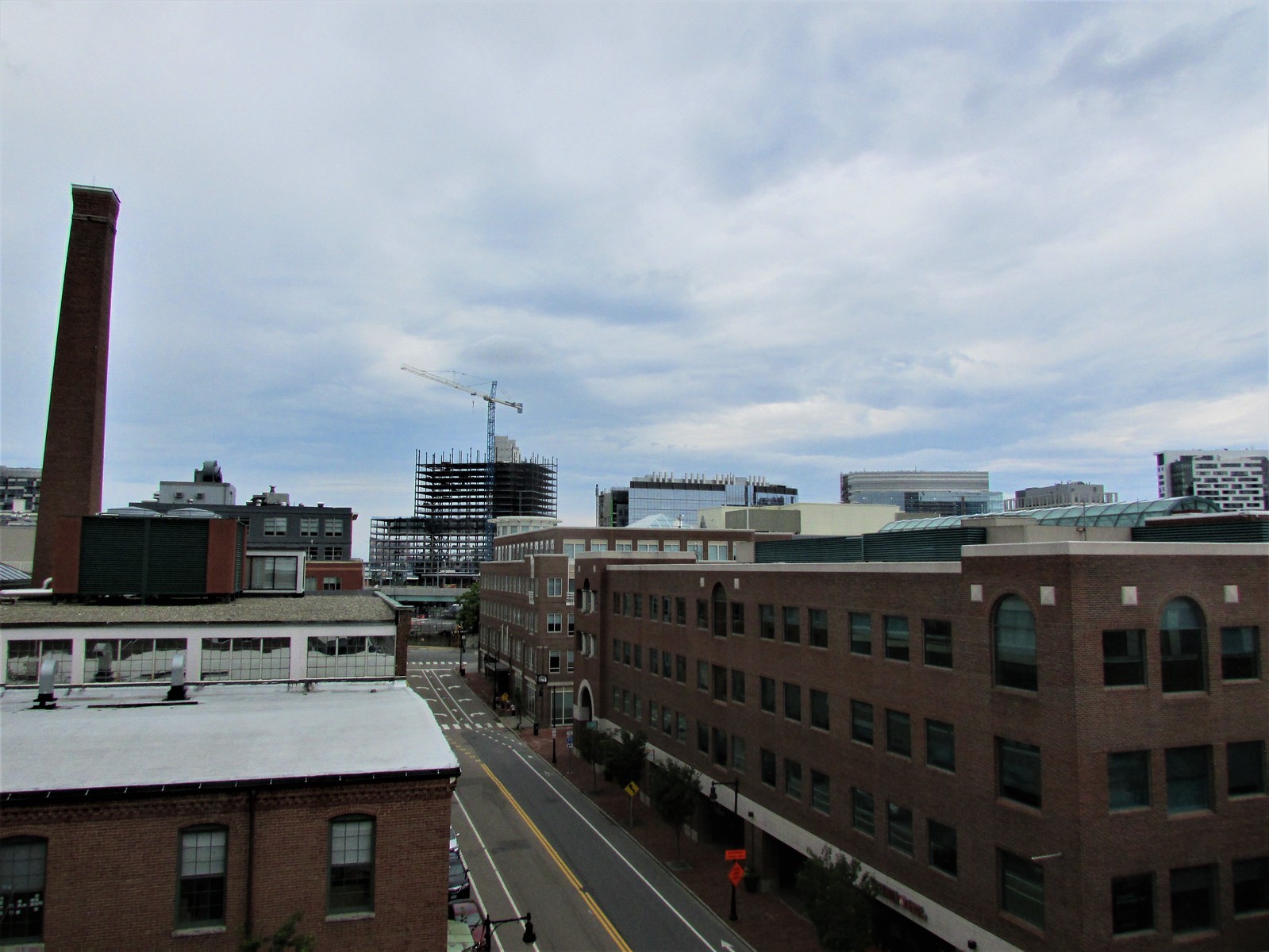 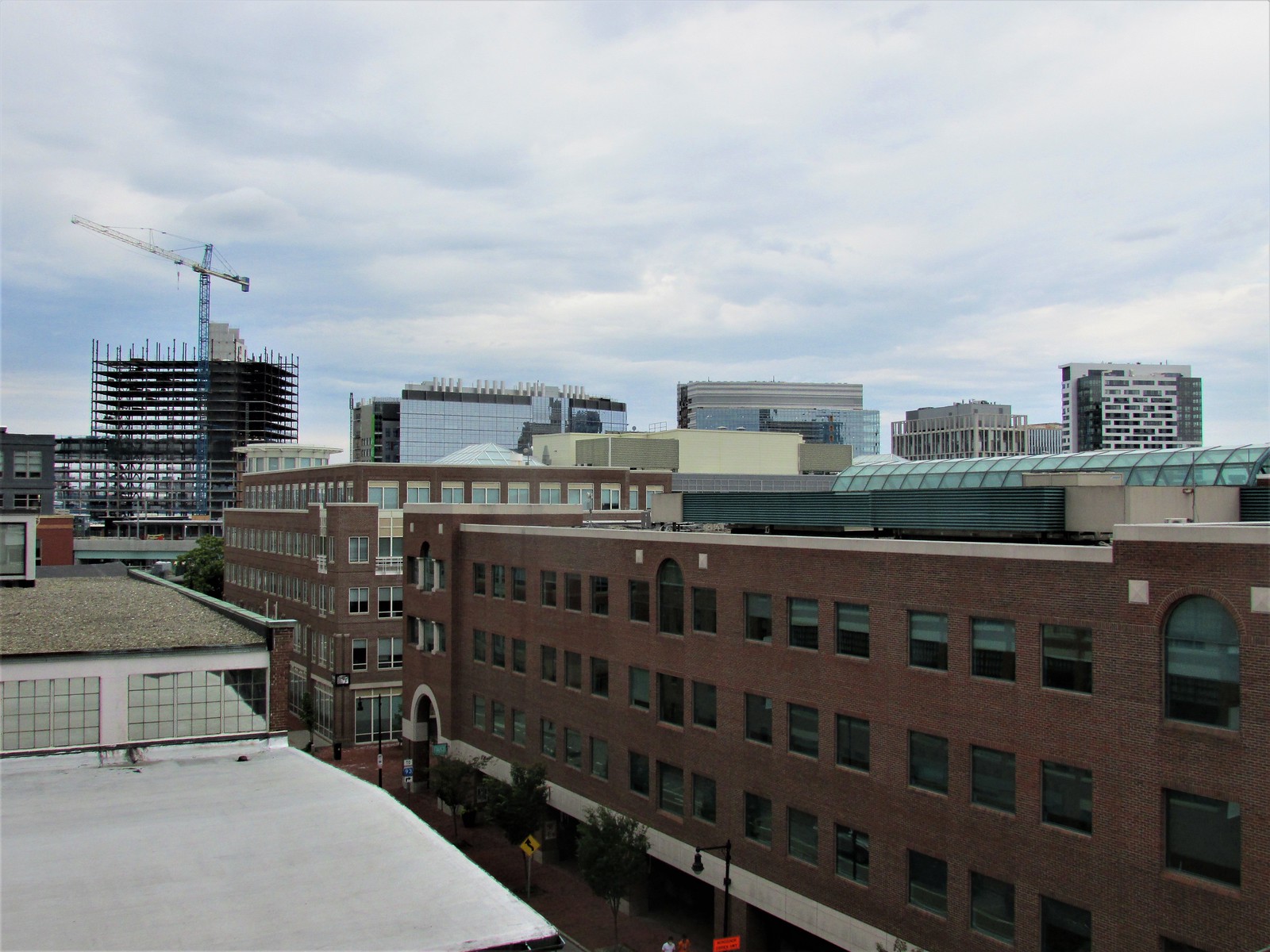 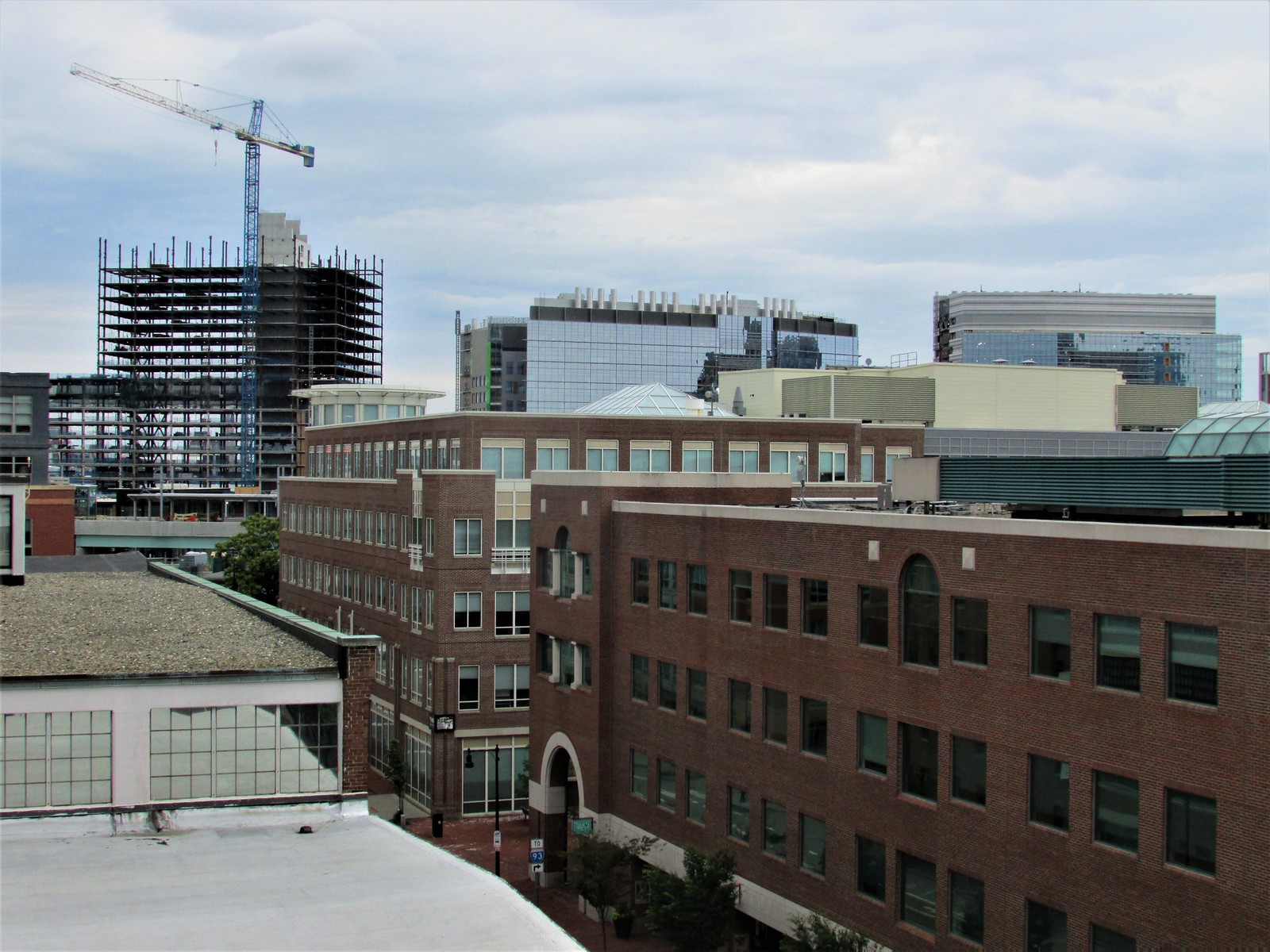 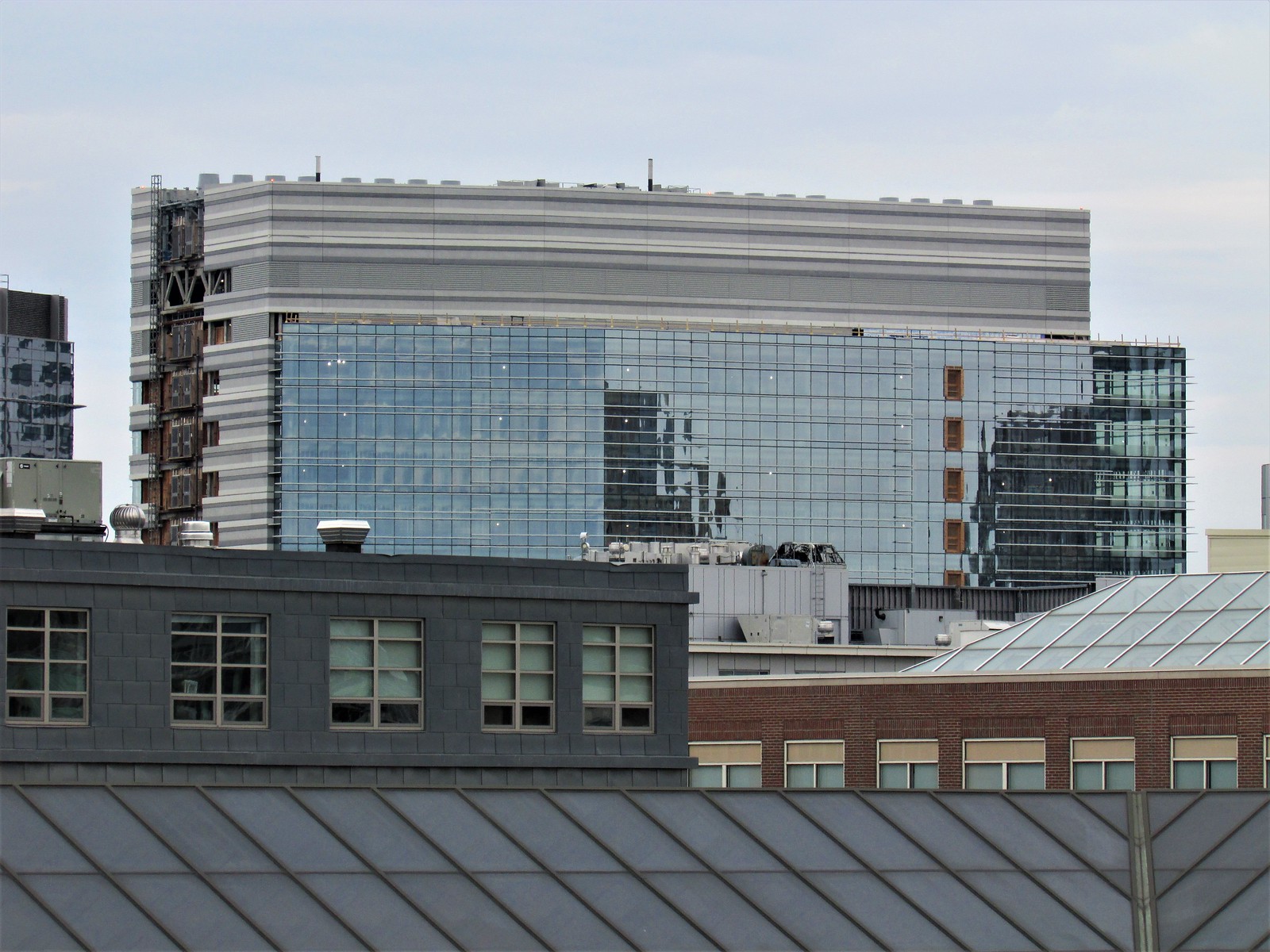 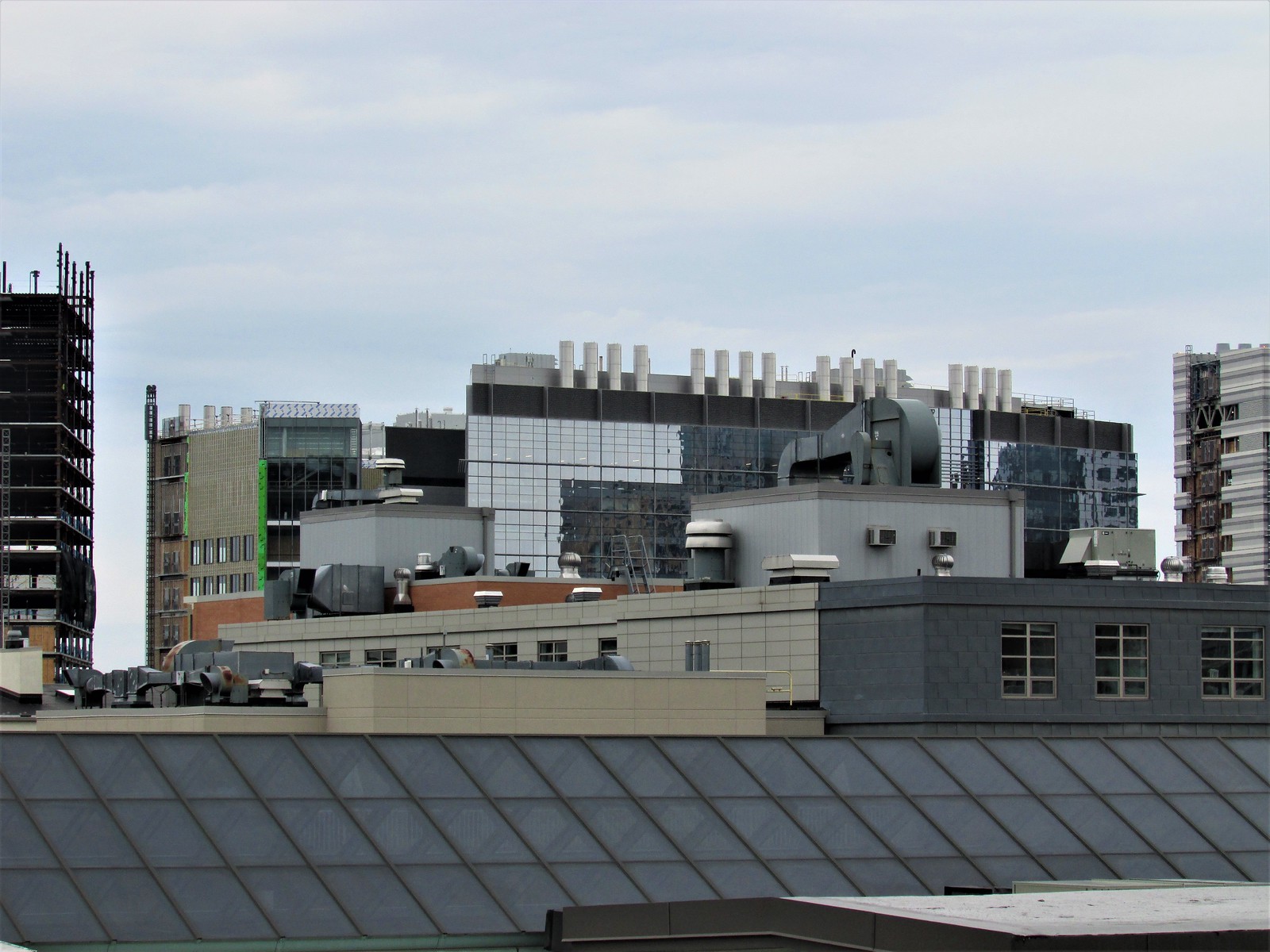 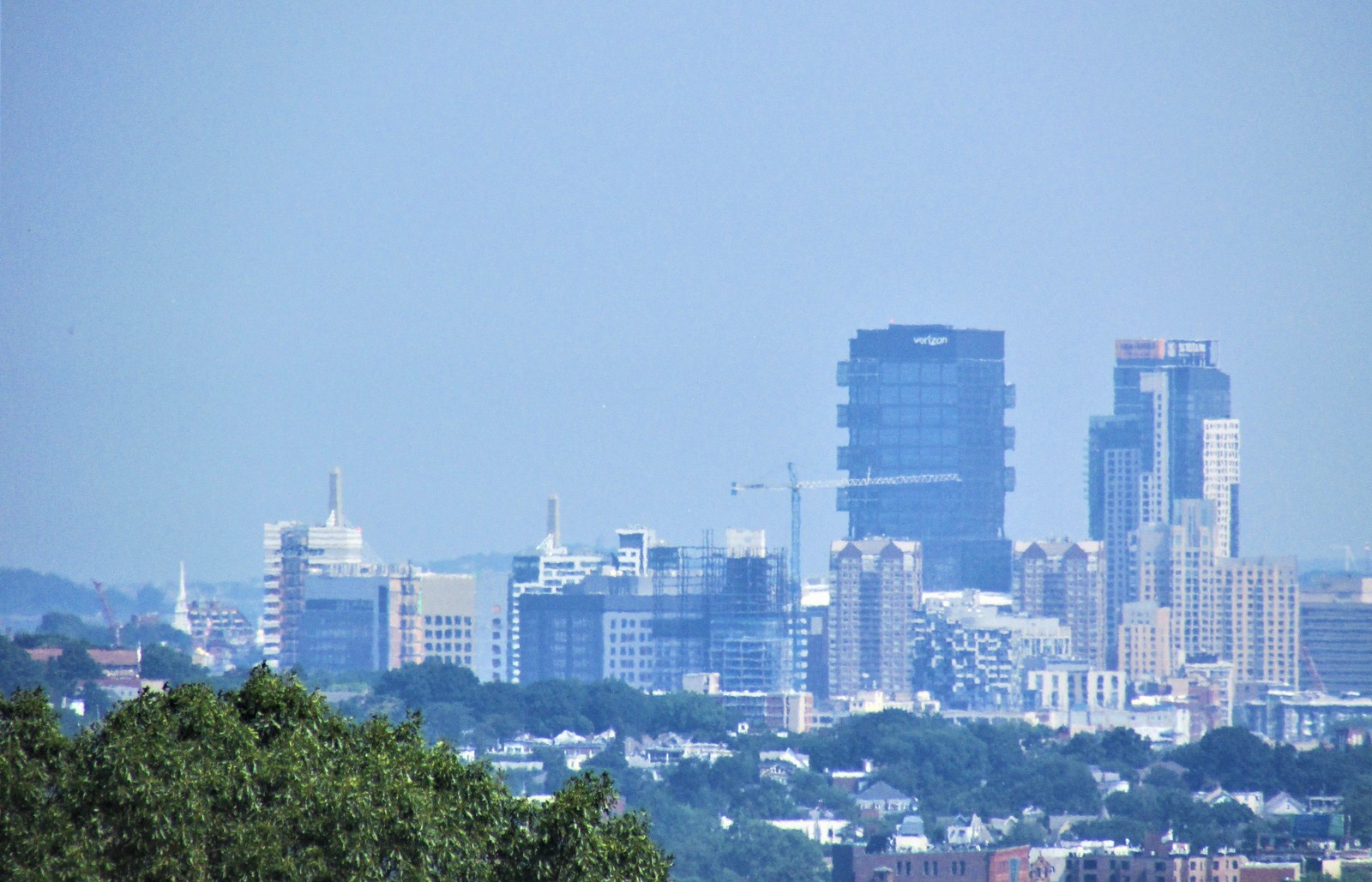 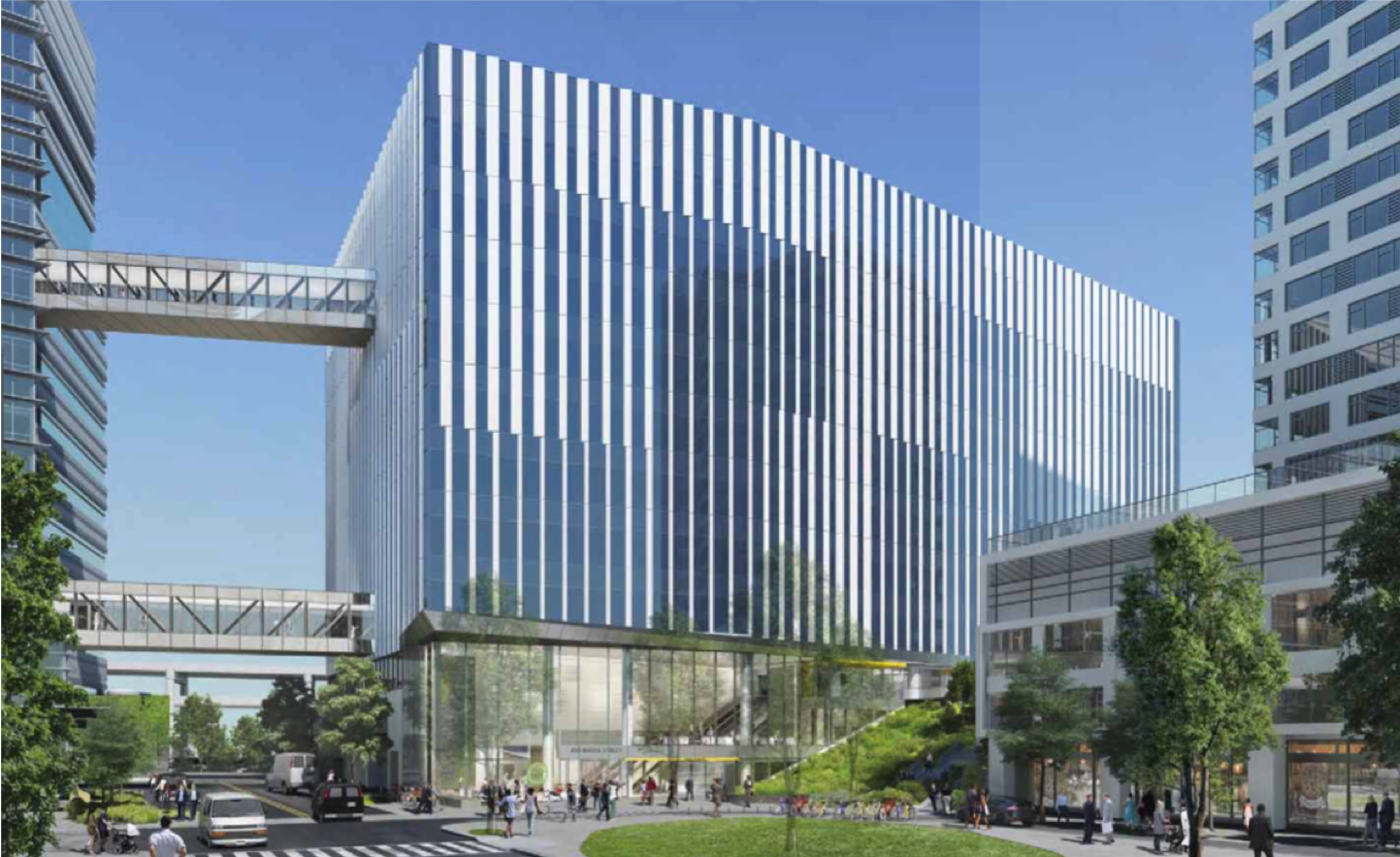 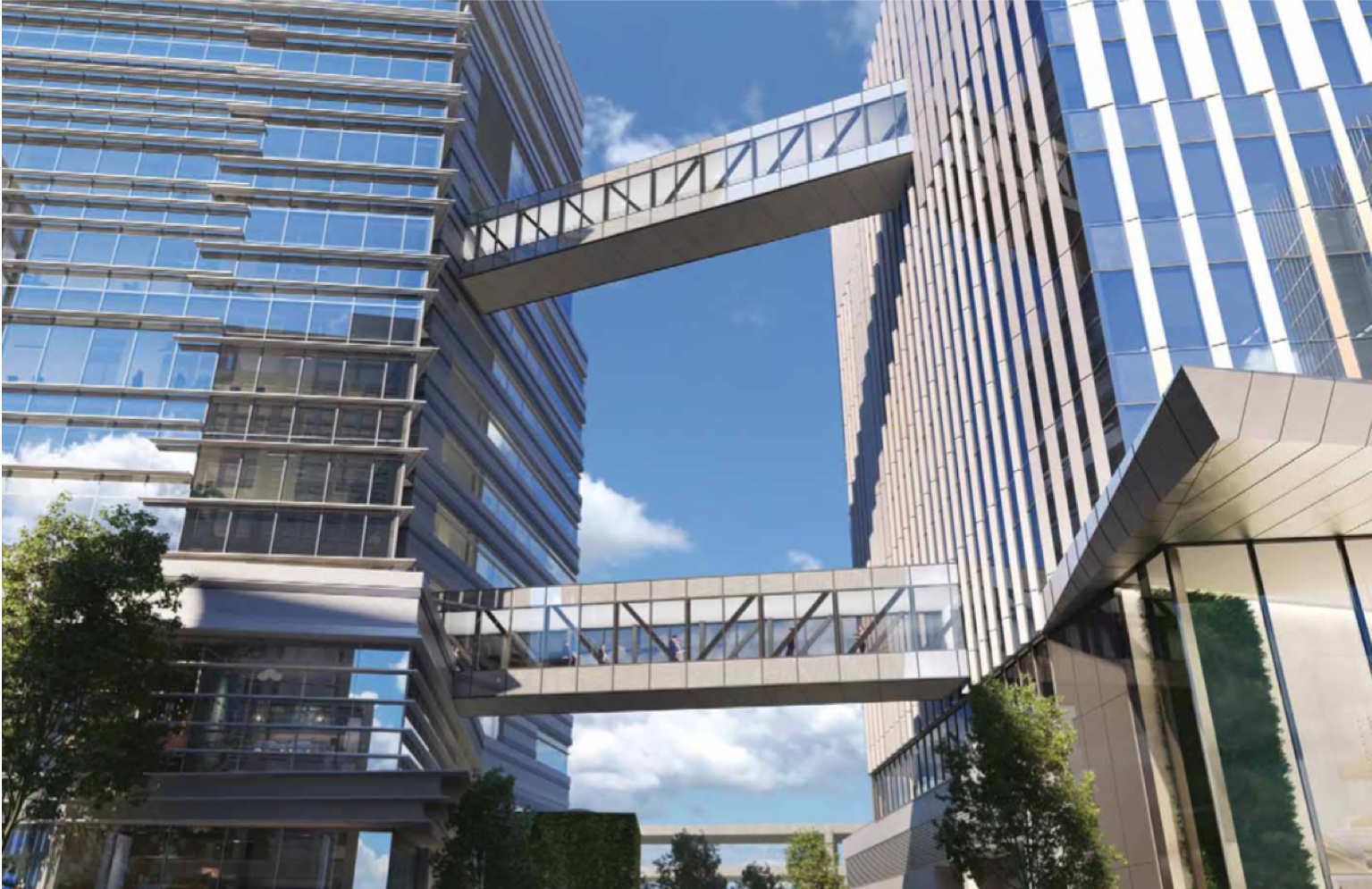 That looks awkward.
I

I will see if I can find out anything more about this.

Considering that Sanofi plans to have a large presence in both buildings, I can see the need for easy movement, especially between floors. Speaking from experience in DC: these can be fugly, but quite useful/efficient.

They will look a little awkward as the floors do not line up based on office vs. lab floor to flor differential.
I believe the original plan had 3 bridges, so losing one helps.
Sanofi will have a large kitchen/cafeteria on the upper level connection, so that one serves a major purpose to them. Tho, that is a big part of reducing the ped traffic as mentioned above. Big pharma always be stuck in their ways in some regards.

The lower one actually makes more sense to me: it looks more or less level with the Gilmore Bridge (which is the only link to the MBTA Orange Line from Cambridge Crossing). From a user-perspective, I actually think that's a really thoughtful connection to make... T commuters already have to climb up and down enough stairs in a day.

EDIT/UPDATE: I actually opened the plan to get a closer look (and snagged a couple screenshots). It looks like the lower one is actually still a floor higher than Gilmore Bridge.

I didn't actually realize these parcels skirt the Boston/Cambridge municipal line. It would be pretty cool if on the higher sky bridge that they actually painted the municipal boundary line for employees to cross. 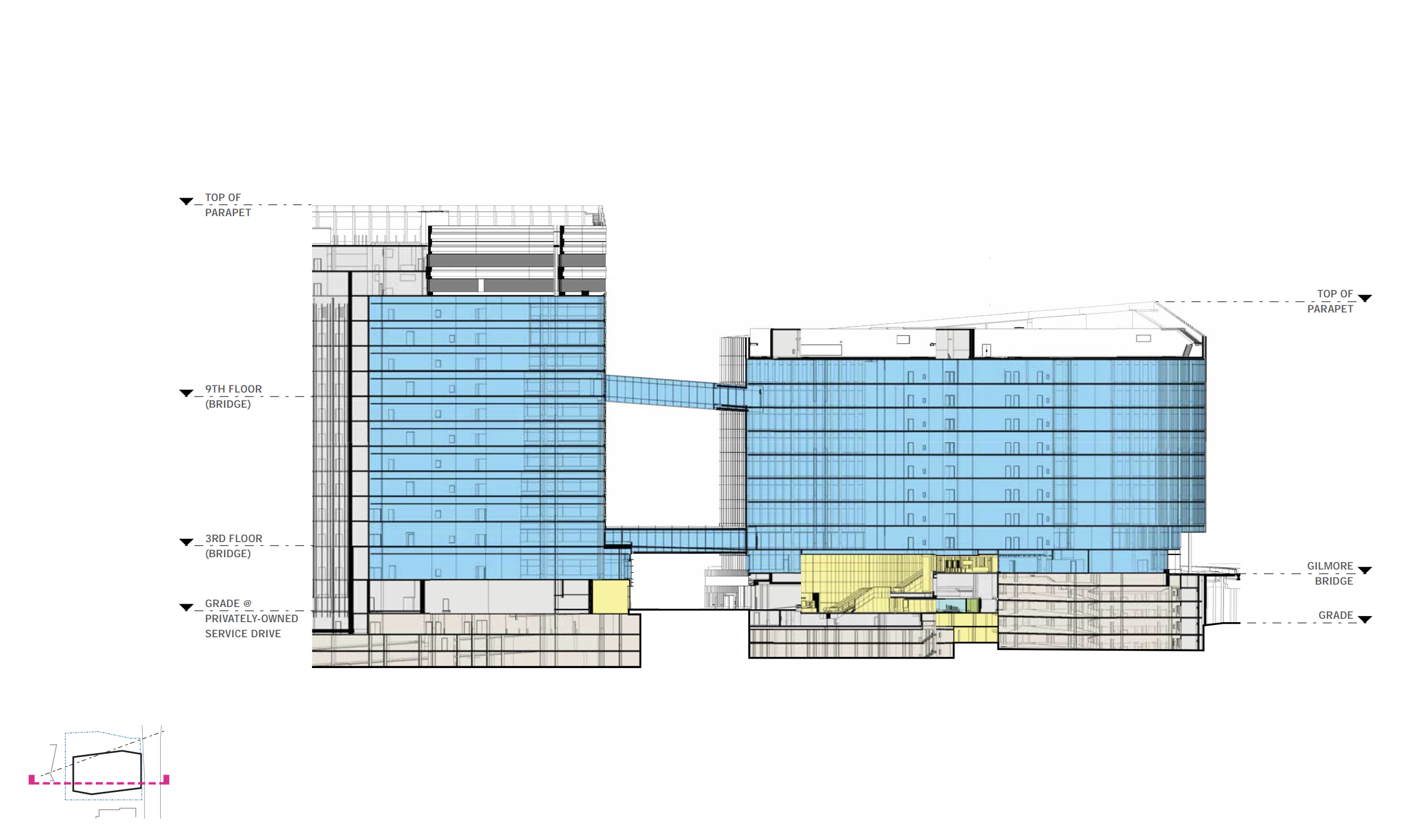 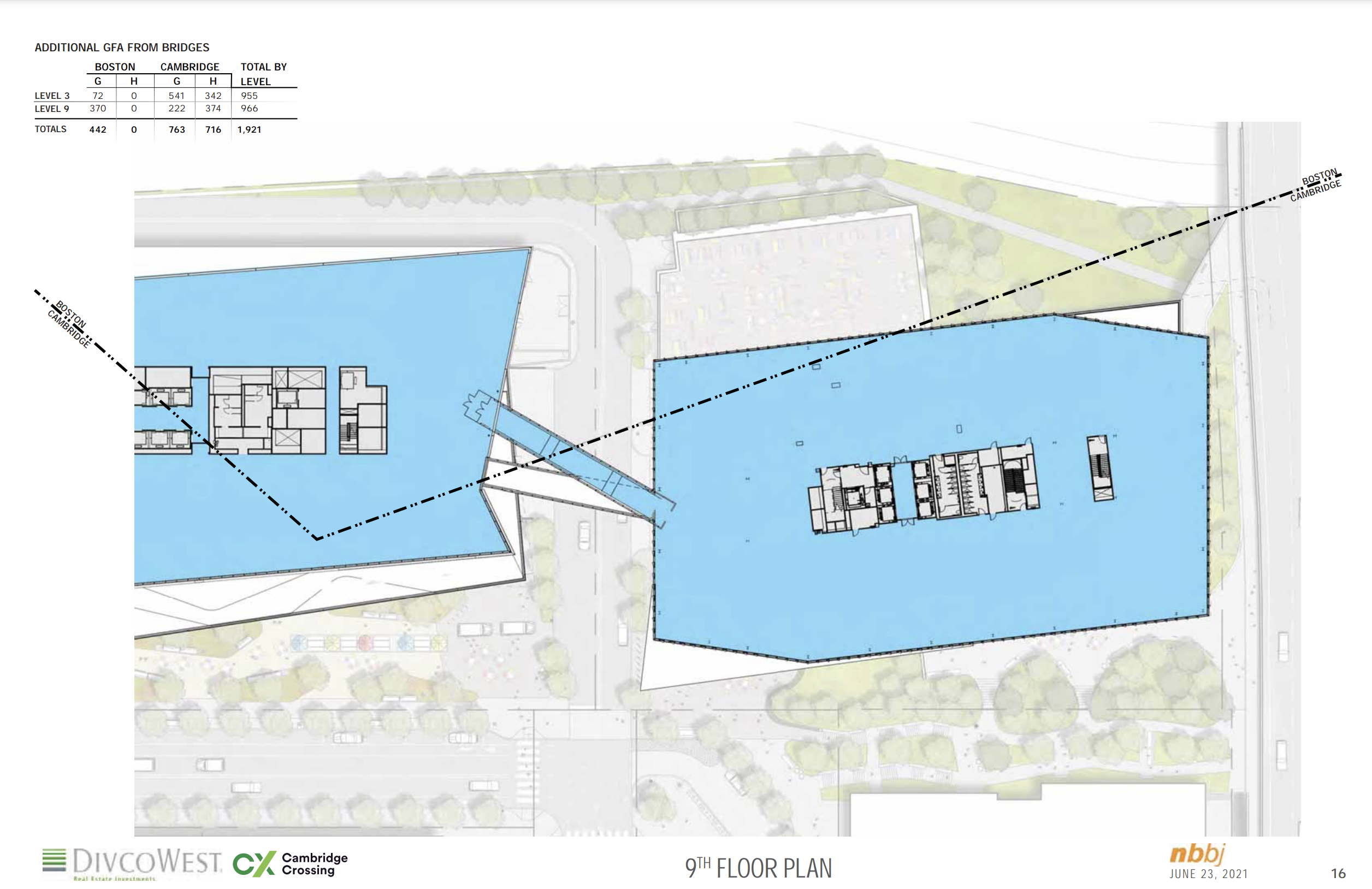