Learn about the BPDA's development review process, view information about development projects in the BPDA approval pipeline, and learn how you can get involved.
www.bostonplans.org

Here is the page for the 951 Dorchester ave (photo 2) project. It’s going to be 5 stories tall with underground parking.

Learn about the BPDA's development review process, view information about development projects in the BPDA approval pipeline, and learn how you can get involved.
www.bostonplans.org

Here is the page for the 951 Dorchester ave (photo 2) project. It’s going to be 5 stories tall with underground parking.
Click to expand...

The center portion looks a clone of Kenmore Square North, but the right and left flanks of the building seem to add interest beyond that.
S 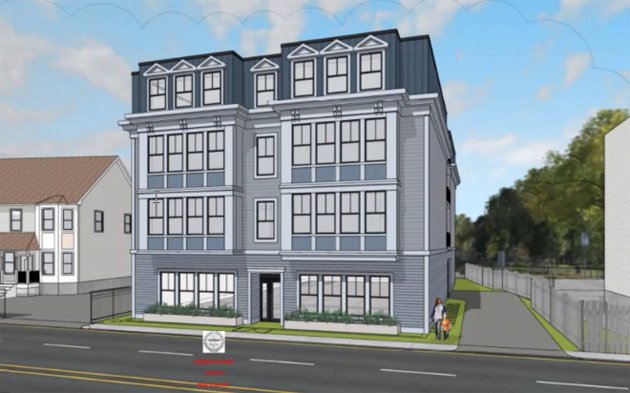 City planning officials last week signed off on a 3.6-acre development that will add three buildings to the tip of Dorchester’s Port Norfolk peninsula, a once busy industrial and commercial site that is now home to a distillery and a restaurant. The board of the Boston Planning and Development... 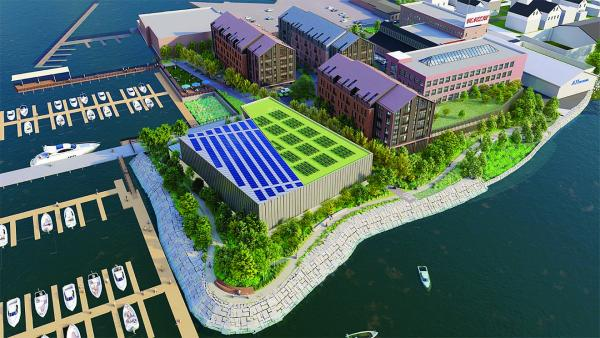 ^It would have been better with that pedestrian bridge to the beach.

The original proposal had double the amount of units. It was reduced due to Nimby opposition.

Some criticisms had merit. There is limited road access to this site and the T goes by but doesn't stop.
S

The buildings look really good, I like this development a lot. I think once this gets built its time the T starts looking into an infill station here. Theres a pretty large catchment area here thats pretty well separated from fields corner and would be served well by its own station.
D

Small infill on Pearl St. opp. Dot Ave. Looks like it will be an extra long triple decker maybe. Hopefully this underused parking lot is next. 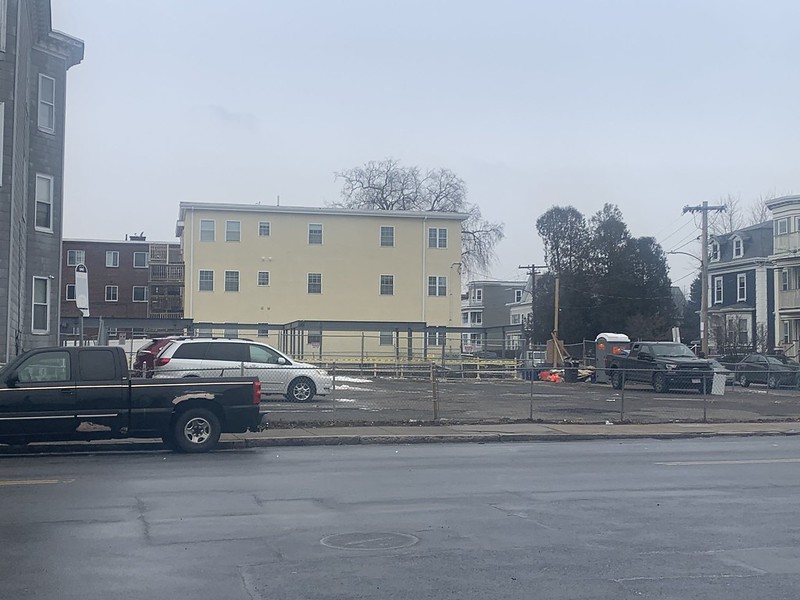 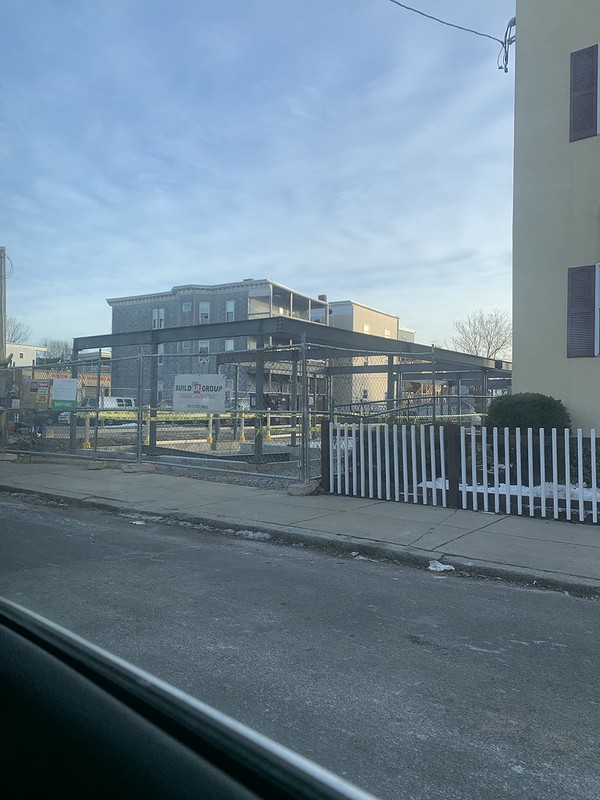 About Port Norfolk's potential for development. If you like urban spaces then it is clear that a lot is missing or truncated in the Neponset area. Streets like Walnut Street and Neponset Ave stop and start, churches and old major buildings are on side streets and "The Port" is a little neighborhood with some industry and a marina on the other side of the Neponset Circle best accessed by a side street directly on an on ramp to 93. But back in the day it all used to be called Neponset Village before it was Neponset Circle and it was an urban place surrounded by marshes with rail service and an active waterfront. Long story short, they filled in the marshes and built boulevards and eventually Rt 93, leveling the center of the village and making Port Norfolk an enclave.

So now we see a lot of interest in developments along the SE Expressway and the Neponset area has a large amount of space that could and will be developed. It will never see its full potential unless they build a Red Line station but there could never be a station without some sort of development plan like for Columbia Point. The site near Tenean Beach is too cut off from the residential neighborhoods to justify it right now and there is the access problem with the roads. I don't think people are against development, the place is turning out quite nice, it's just the honest truth that if you build dense housing on Port Norfolk under the current conditions there will be cars backed up on a side street at a stop sign on an on ramp which is very bad urban planning

stick n move said:
The buildings look really good, I like this development a lot. I think once this gets built its time the T starts looking into an infill station here. Theres a pretty large catchment area here thats pretty well separated from fields corner and would be served well by its own station.
Click to expand...

Possibly something for discussion in the Reasonable Transit Pitches thread, but what about using the MOW yard over on Tenean Street for it?

Because it would serve more fish than people

Yes this is a house behind me it was an old nursing home for years, it’s been under renovations since 2017 , they tripled the size of the old mansion and looks finally like its heading to the finish line! Looking to work with the owners, developers, architects or GCs at 951-959A Dorchester Avenue? Signup to get contact info and actionable data to drive your business.

Not bad - well, better than the Whoop at least for a corner building.
S 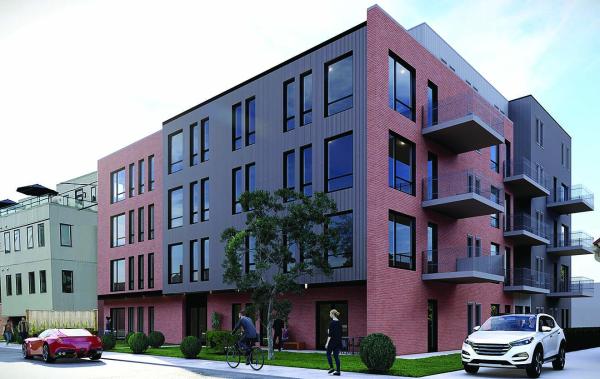 “At the preliminary meeting, which was also attended by District 3 Councillor Frank Baker, the developers laid out plans for a six-story building spanning 295,000 square feet that would focus on biotech space. The biotech sector is generating high demand for space in Massachusetts, with industry projections calling for 20 million square feet of lab and biomanufacturing space built out by 2024. In the last decade, 21.6 million square feet of lab space has been built.”

“The proposed building would be positioned behind The BEAT, according to meeting attendees, on a space located between I-93 and Patten’s Cove, a wetland area. Several dead-end streets, such as Savin Hill Court and Wave Avenue, are to its south.”

When the Globe was there they would open the back gate on to Wave Ave at certain times. I assume that gate is now only used for emergency purposes but this building will be a short walk to Savin Hill Station.

Now that building on Adams Street is not great. The building density is okay, brings housing where it is appropriate but the design is meh. This stretch of Adams Street from Cedar Grove to Dorchester Village has a number of structures that are a lot nicer than this so I think it will stick out and not in a good way.
S 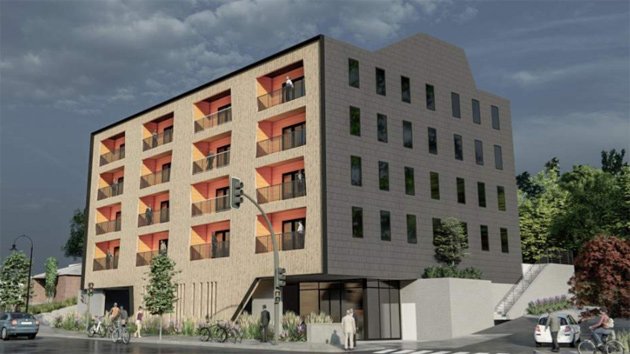