Has anyone suggested that the plazas in "Life Science Park" host food trucks? That will be a major pedestrian path to Fenway on game days and could benefit from some general vendor action/carnival atmosphere.
H

I'm going to chalk up the recent spate of sad, ticky-tacky designs to the conservative nature of building in a down market. This, like Midtown, is bland filler in a prime spot.
C

The build in the first few slides is hilarious.

HarvardP said:
I'm going to chalk up the recent spate of sad, ticky-tacky designs to the conservative nature of building in a down market. This, like Midtown, is bland filler in a prime spot.
Click to expand...

I'm offended you compared this with Midtown. Midtown is subdued, it doesnt mean its poor architecture. Also its not really in a prime spot
B

They render the colored facade materials in different hues and it's throwing me off. In some images the terracotta is super pink. In others it's more orange. Same with the "faux copper patina"(yuck) which is either mint green or something a little deeper. The swap from brick was disappointing alone. I hope they don't cheapen out much further.

Between traffic during the day and construction at night (air rights projects and replacement of stretch of the Pike after Allston tolls) , good luck ever getting anywhere close to 80mph on that part of the Pike for at least the next 5 years and maybe 10.

I can usually fly along there, but not at rush hours.
K 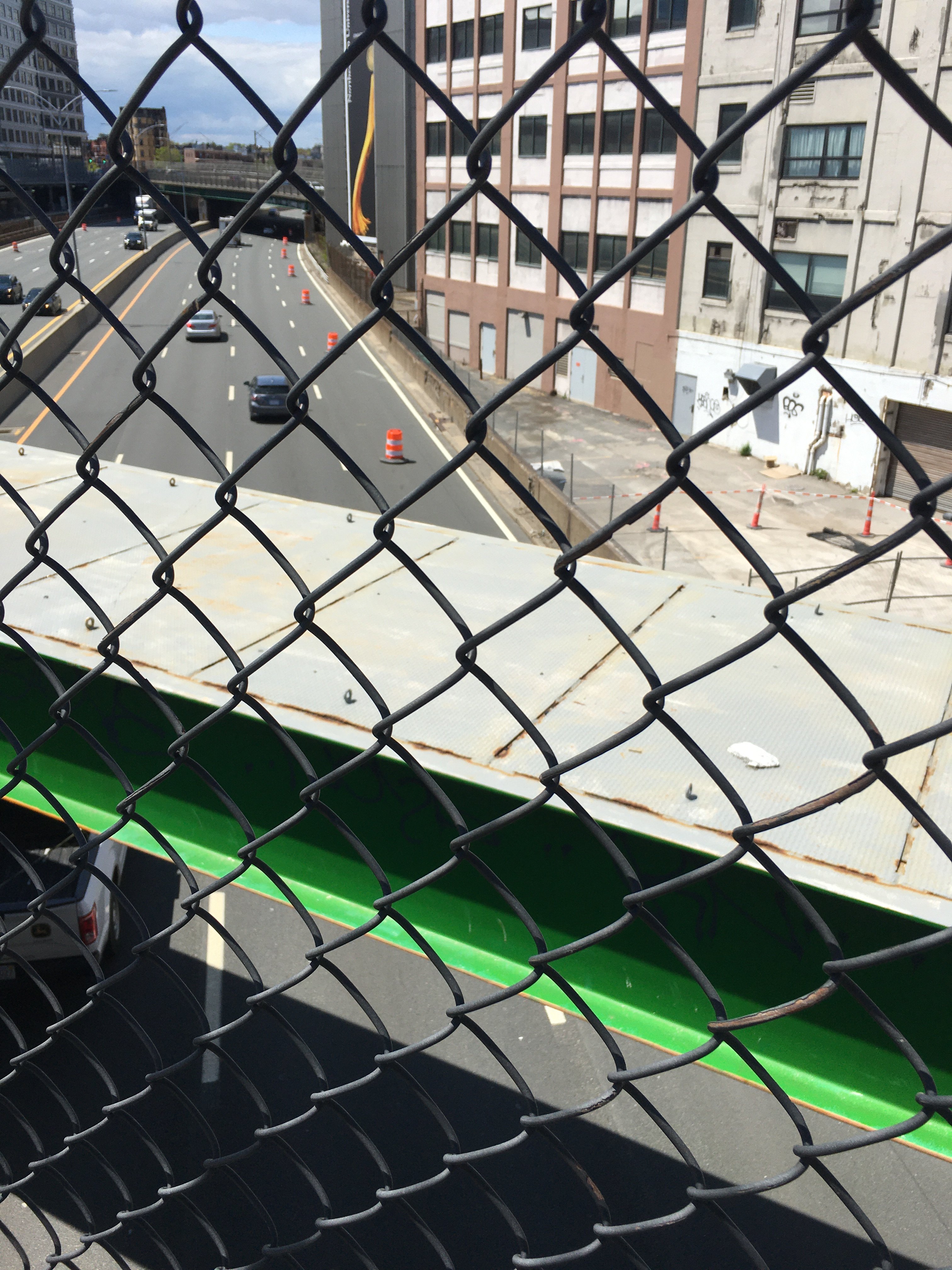 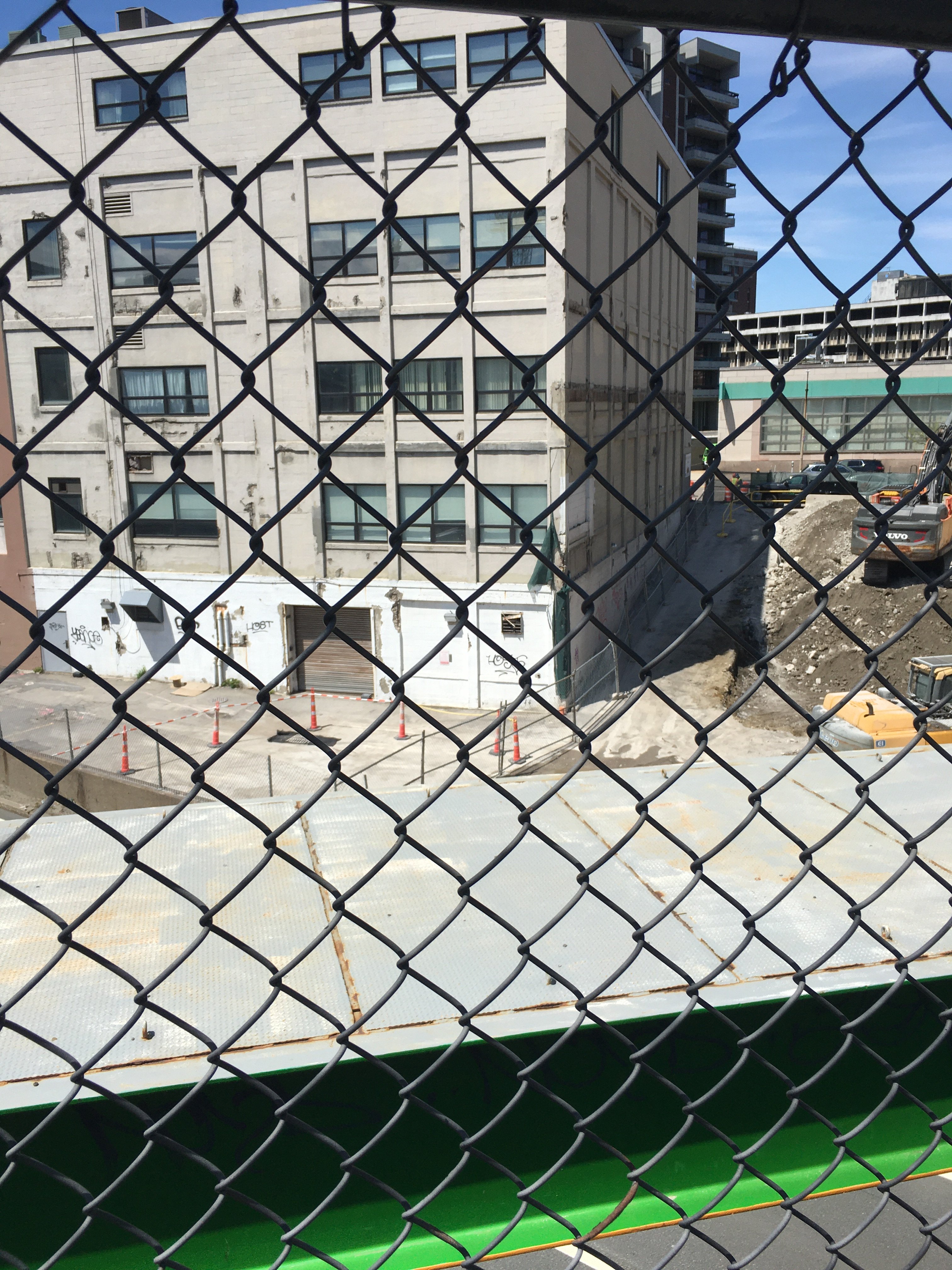 This may be the prep work for a staging area for this project. 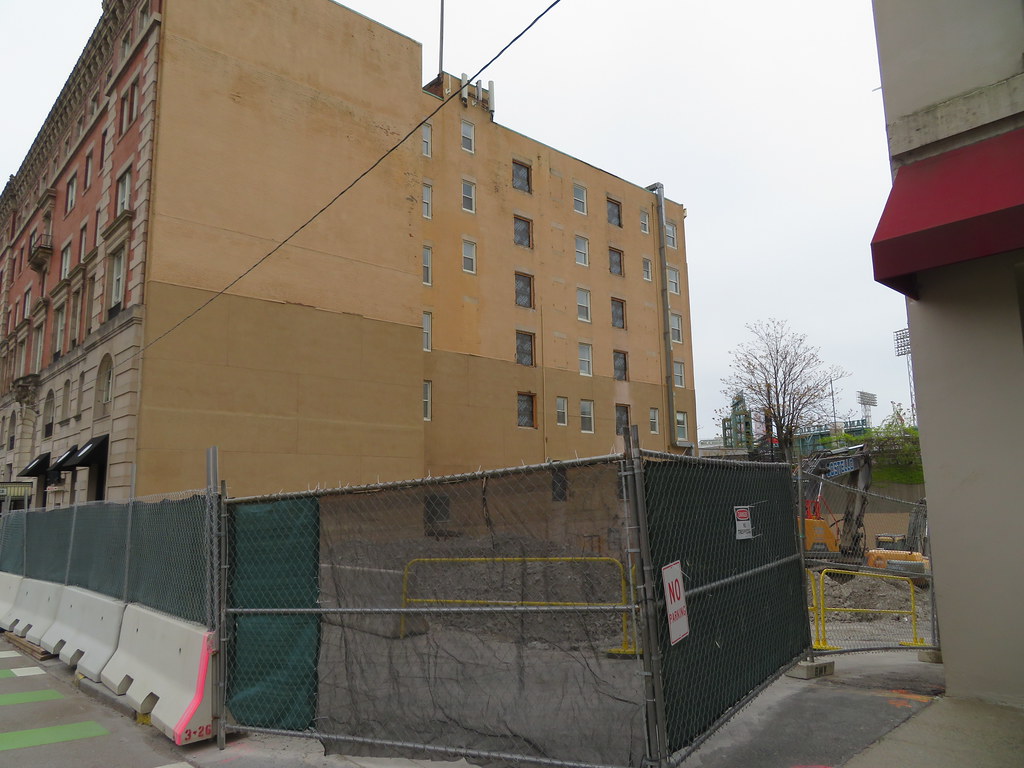 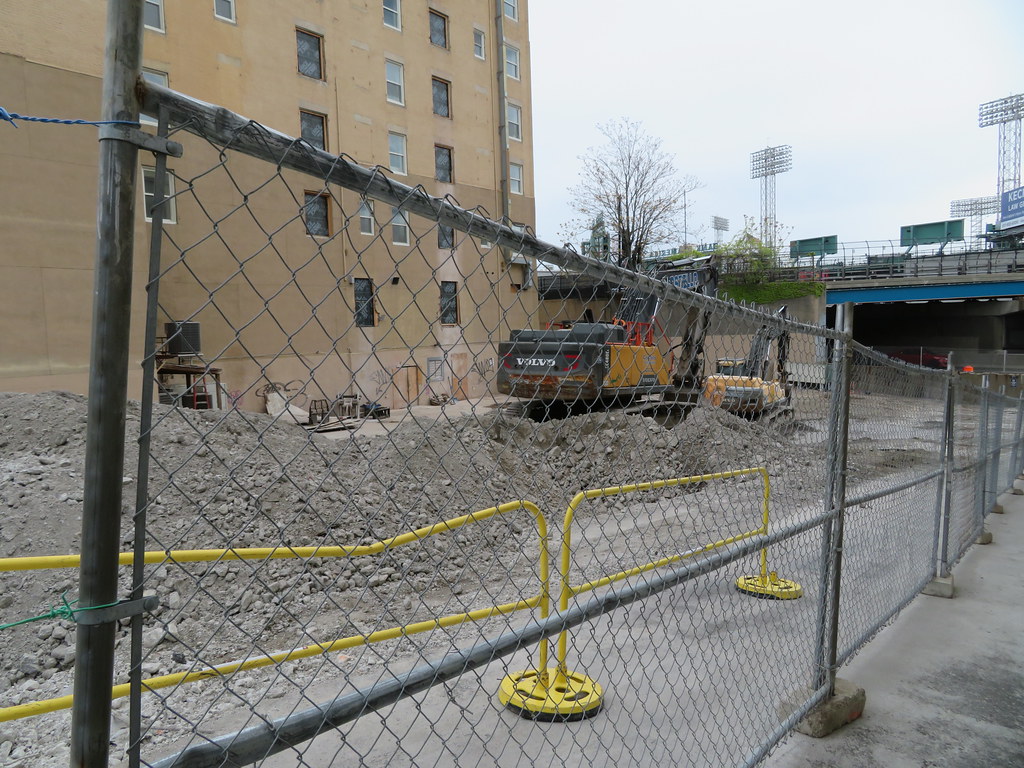 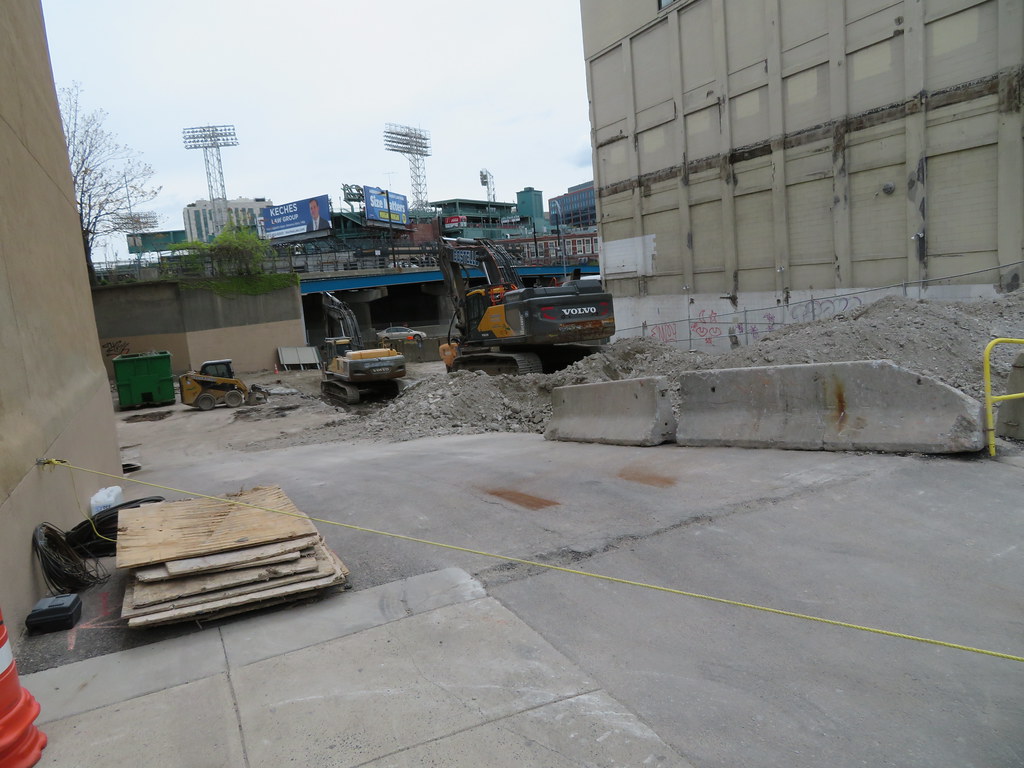 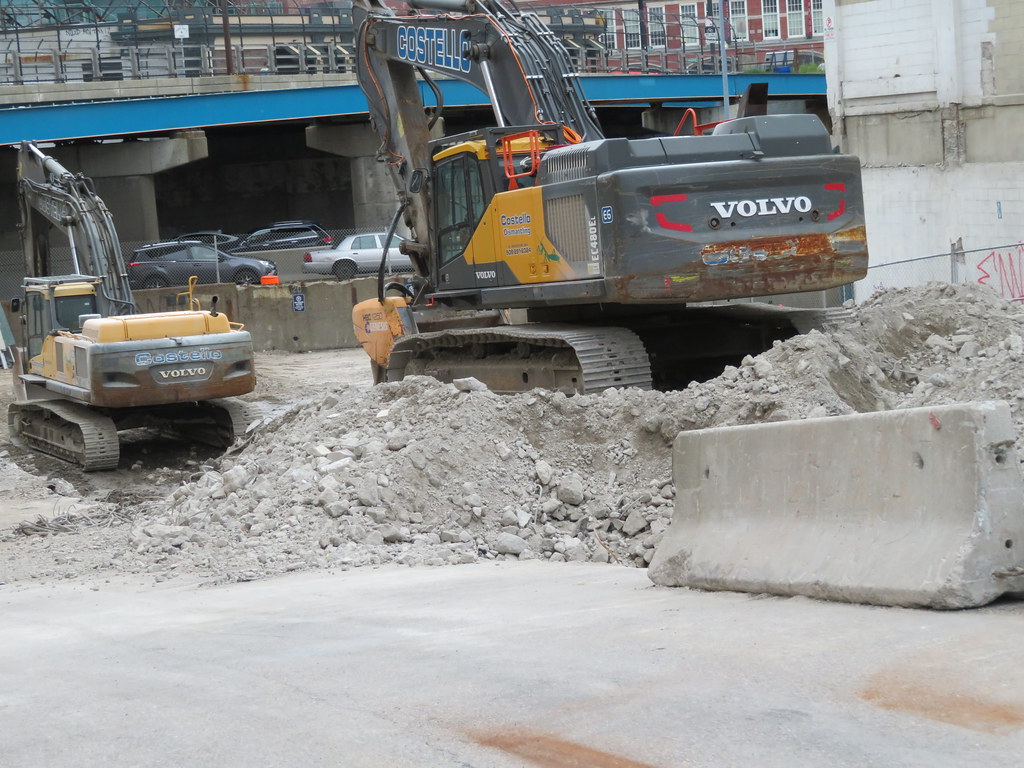 IMG_5989 by Bos Beeline, on Flickr
I think they have removed a small parking garage.??
M

Looks like Phase 2 is a go, according to their website, J.F White contracting has been awarded the contract to build the deck over the Pike. Here is the description

J.F. White was recently awarded the Fenway Center Project Phase II – Deck and Foundation Package in Boston, MA. The work under this contract consists of building an open air deck structure over the Mass Pike from Brookline Ave to Beacon St in Boston, MA. The proposed deck structure will be built to accommodate four future life-science buildings over I-90 in close proximity to Fenway Park. The work consists of:

Is there a published timeline for this project like the Boylston one has?
S

Are there any renders of how the station interacts with phase 2. All I can really see is stuff like this but its hard to tell. They definitely extend the upper platform through to the next street across, but as far as the lower deck is there a wall between the station and highway with the tower above? I hope the highway is blocked from the station. From here you can see through into the station, but its just a render 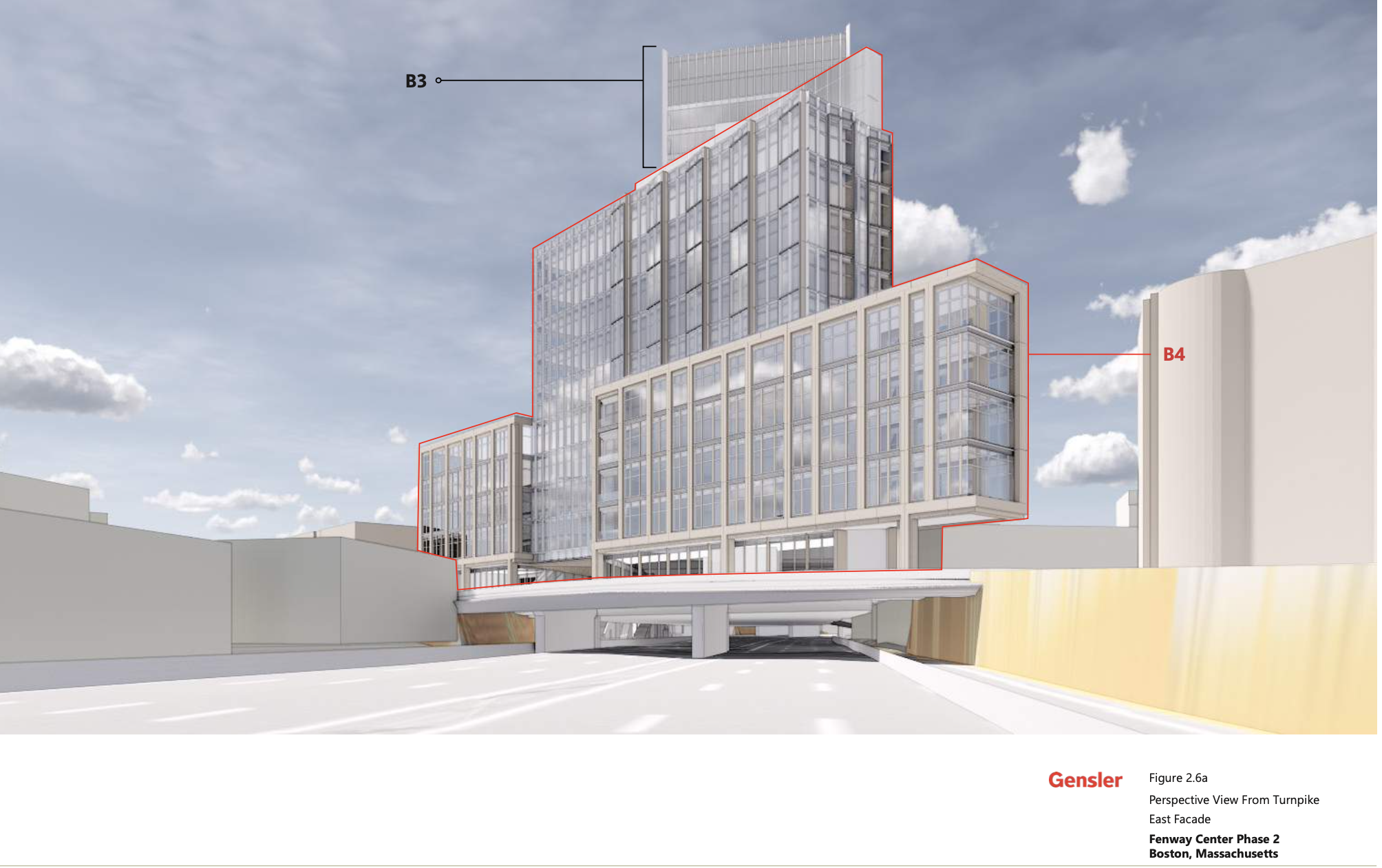 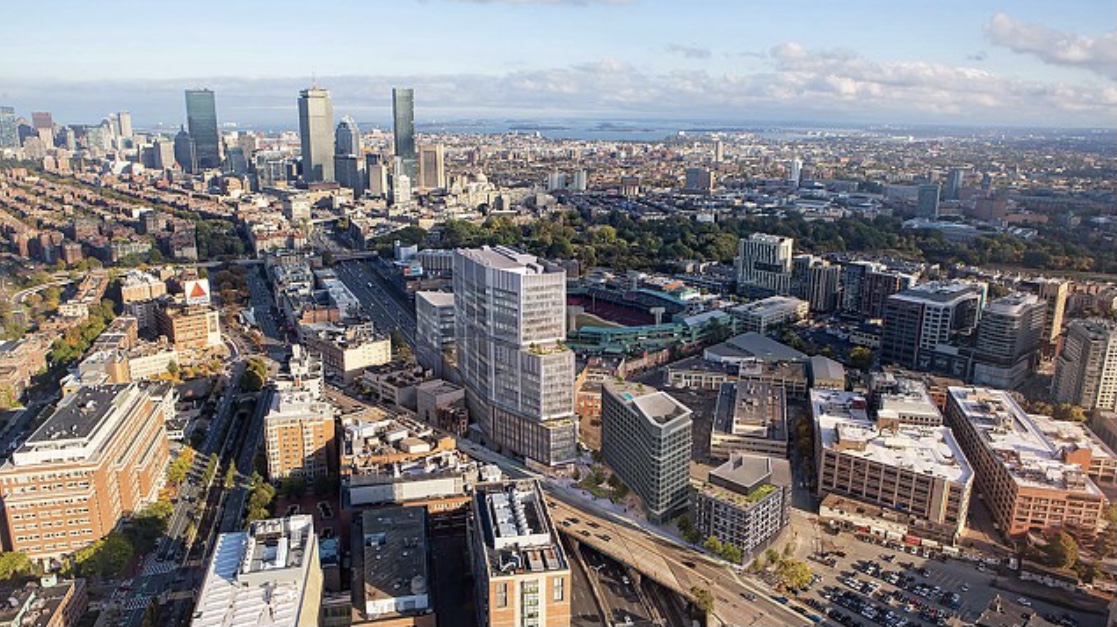 They have begun closing the pike lanes for this. Starting with outer lane closures.
S

What is the likelihood of this development increasing the chances of the One Kenmore Square Hotel (560 Commonwealth) getting built? My amateur-grade level of thinking is that a mini-life sciences fortress going up 1 block away could only improve the prospect of a new hotel nearby.
S

rjacobs said:
What is the likelihood of this development increasing the chances of the One Kenmore Square Hotel (560 Commonwealth) getting built? My amateur-grade level of thinking is that a mini-life sciences fortress going up 1 block away could only improve the prospect of a new hotel nearby.
Click to expand...

I'm sure it helps, but Mark Development (One Kenmore) doesn't have a robust hotel portfolio/experience, nor do they have much high rise experience. A lender is going to want experience, especially right now for a hotel.

Though I've been proven wrong multiple times through this past year, as have others that seem to be much more involved in the behind the scenes.
C

Do you hire Jeannie Gang to design a hotel project that's not going to pan out?
S

curcuas said:
Do you hire Jeannie Gang to design a hotel project that's not going to pan out?
Click to expand...

Do you plan for a pandemic that crushes travel and tourism and thus the hotel market the following year for every project?

The developer can care as much as they want about a project (and in this case they took great care and risks in hiring top-notch architects and urban planners for the plaza/street design, which I applaud), but it's not their own money to spend getting it done. A lender doesn't really care if you hired Manfredi or Gang (to an extent - they'll care about the likely higher costs/risk of Gang's building cost on a $/SF basis compared to someone like Manfredi, perhaps). When One Kenmore was announced, I never questioned MD in hiring Gang. In fact I think I recall posting I was really excited to see her finally work in Boston. The market demand looked great for hotels at the time. Now? Not so much.

Top-notch architects also have projects that fail. You just don't hear about them, because they have a lot more projects that do very well and get plenty of PR. It would be highly Boston-like if Gang's first attempt in Boston fails. (Good thing she has a second one with Harvard...) Not doubting this project will fail, but also not entirely crossing out the possibility.
You must log in or register to reply here.
Share:
Facebook Twitter Reddit Pinterest Tumblr WhatsApp Email Link