"Sprawl is over in the Boston area, report says"

Not quite sure what the best place for this is, it's not transit but it's a crazy roadways pitch:

make each of them one-way and make them work as a loop, giving the lanes in the opposite direction back to parkland.

I'm not a traffic engineer but it really doesn't feel like we need both. Please discuss.
D

Melnea Cass Design Project is starting up and there is dome controversy already with a number of old growth trees that need to be cut? Has this been in the forum?

Can't they fit in a couple of 4' wide bike lanes without cutting down old-growth trees? Eliminate a traffic lane for crying out loud. It's not rocket science.
S

Since we were passed by the art deco limestone wonders of the 20s and 30s, how cool would it be for Boston to have a couple brick art deco towers instead.. Even just one as a foil to the custom house tower would be amazing.

The Kollhoff tower in Germany was completed in 1999. 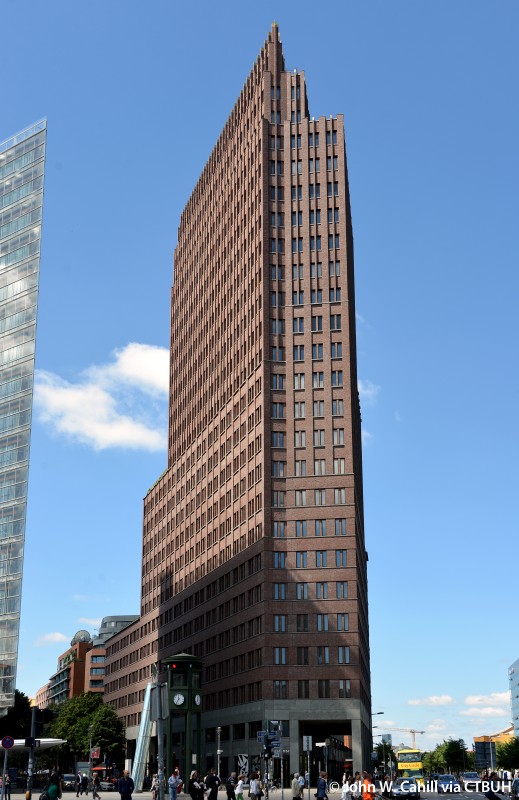 Too bad we didn't get any when they were being built.
S

That tower is from 99’ there wasnt ever really a brick art deco era, or specific brick skyscraper phase, brick towers make up the entire spectrum of time. Hmm maybe there should be one..?? Haha. That red/brown really is Bostons pallette though a 30 park would be nice.

Wow I really didn't read the whole post and just looked at the pics. I like it.

Plant that building on top of South Station. It would complement it so much better than the proposed glass tower.
S

Is this the spot? 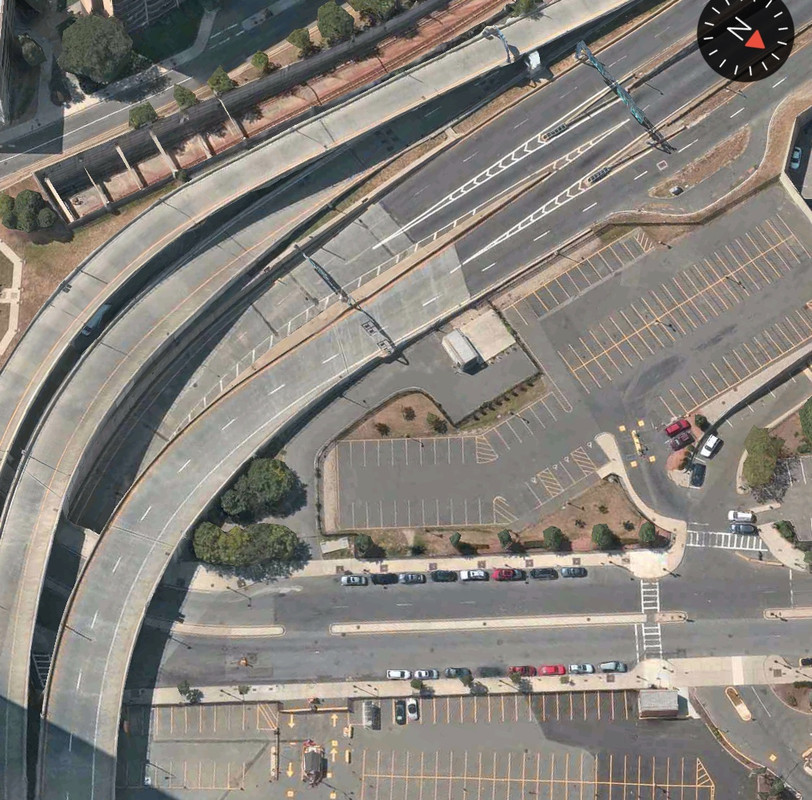 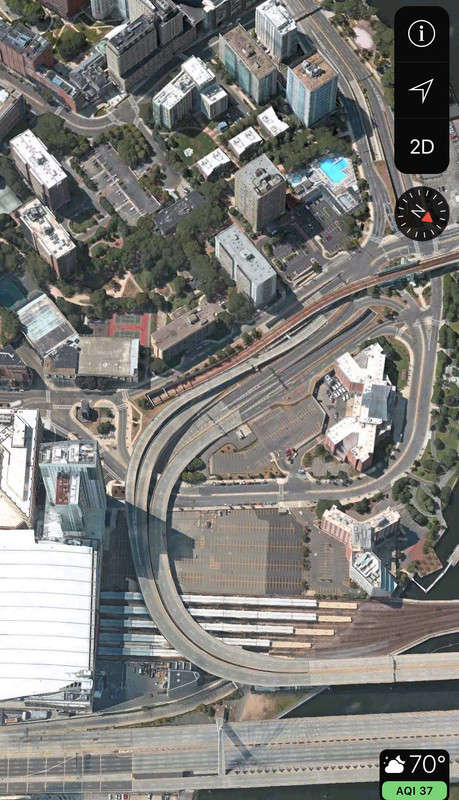 With no neighbors but a jail and a highway ramp, an 800ft FAA height limit, tall neighbors going up all around, and as far away from Logan as it gets, could this be the spot? Its barren now, which helps, but has lots of room to fill in later next door and across the street.
Last edited: Jul 24, 2019

I think MGH has the whole eastern edge of Nashua street landbanked, plus the old Spaulding. The west side is the state-owned jail lot. I'd be surprised if there any major movements here soon, but you never know.

Stick, we sometimes butt heads on the issue of trying to capture the missed art deco moment but I think the style is spot-on this time. Anyone who can read buildings would be able to tell that this was newer stuff and I don't think anyone has ever gotten upset about a new brick building. I don't think this is quite 'new tallest' caliber--it's closer to the new Jeanne Gang tower for Kenmore Sq--but I could stand to see more work in this language.

stick n move said:
Is this the spot?

With no neighbors but a jail and a highway ramp, an 800ft FAA height limit, tall neighbors going up all around, and as far away from Logan as it gets, could this be the spot? Its barren now, which helps, but has lots of room to fill in later next door and across the street.
Click to expand...

It has one narrow, curving roadway tunnel under it, but that shouldn't stop a supertall.
B

What I presume is a fantasy(?) tower proposal for 333 Tremont.
http://www.ttarch.com/333-tremont

Brad Plaid said:
What I presume is a fantasy(?) tower proposal for 333 Tremont.
http://www.ttarch.com/333-tremont
Click to expand...

Awesome, adventurous building depicted in the renderings. Dare I say it's probably too nice for Boston?
B

Charlie_mta said:
Awesome, adventurous building depicted in the renderings. Dare I say it's probably too nice for Boston?
Click to expand...

Wow, that is gorgeous.
C

I don't think this is a real proposal I couldn't find anything about the building on the Boston planning department website. Also they talk about turning the pleasant street incline into a pedestrian path which would be a bad ideas as some of that infrastructure will probably be needed again in the future.

I did however find a LOI submitted by a group including Millennium Partners and Tufts among others for an income restricted residential building, hotel, and expansion of the Tufts parking garage. I am assuming that this may be part of Millennium Partners low income housing requirements. Letter of Intent Link
S

I think we need to create some type of plan now, to address the pike being covered in the future, and detail the steps that need to be taken to ensure that projects going up around the pike work towards whatever the final goal is. I think, like many people, that we should put a greenway down this section of decked pike and move marginal st over the pike so the lots that are on land can be developed. I also think that this greenway makes a lot of sense to be connected to the southwest corridor park.

If we do decide that we are going to have a greenway down this corridor, then projects like the hancock garage redevelopment should be done in a way to facilitate the connection between this and the southwest corridor park. If the hancock garage is going to be redeveloped anyways, we have a chance to add this connection into that plan. Id rather have an idea of this plan now, then spend millions redeveloping the station and wish later on when the pike is covered that we had thought about this before. They line up too perfectly not to consider it.

Idk what steps would need to be taken, but I think this is extremely important in the larger picture of protected bike lanes, cycle tracks, and walking paths, where this could create an extensive protected cycle/pedestrian route all the way from Roxbury to North Station. From there it can tie into other cycle tracks and the harbor walk as well. I think its obvious.

Theres only a small section of the station to remove.

The southwest corridor park, station, and pike corridor all line up perfectly.

If/when the pike is decked Id imagine that a greenway will be a part of it. These parts line up too well to not consider connecting them. Then at the top tie this into the rk greenway, south end park, fort point etc, and the southern portion can be extended over the tracks later if desired.

So built out there would be a path from North Station down canal st, across new chardon in front of gov ctr to the greenway, around the greenway to the leather dist., links up with the pike decking, decked up to back bay station, crosses dartmouth st, continues down southwest corridor park to mass ave. From there continues as far as you wanna deck, could even go to arborway if the will was there. This is within the realm of possibility. To Ruggles or Roxbury crossing would be pretty reasonable.

*sorry for the shyte quality, I downloaded some crappy app where u can draw over apple maps..
Last edited: Aug 7, 2019