reno said:
I know this is off topic and giving the criminals publicity, but graffiti in a natural setting that I was referring to is vulgar (see attached picture) so where do we draw the line? Please explain the justification for this desecration.
Click to expand...

Not taking one side or the other, but a man-made wall as pictured in your post is not exactly "natural."
B

Jahvon09 said:
Remember THIS? I'm sure that you do. Such marvelous work from vandals who have nothing else better to do. Hah!!View attachment 12686
Click to expand...

This was much worse: 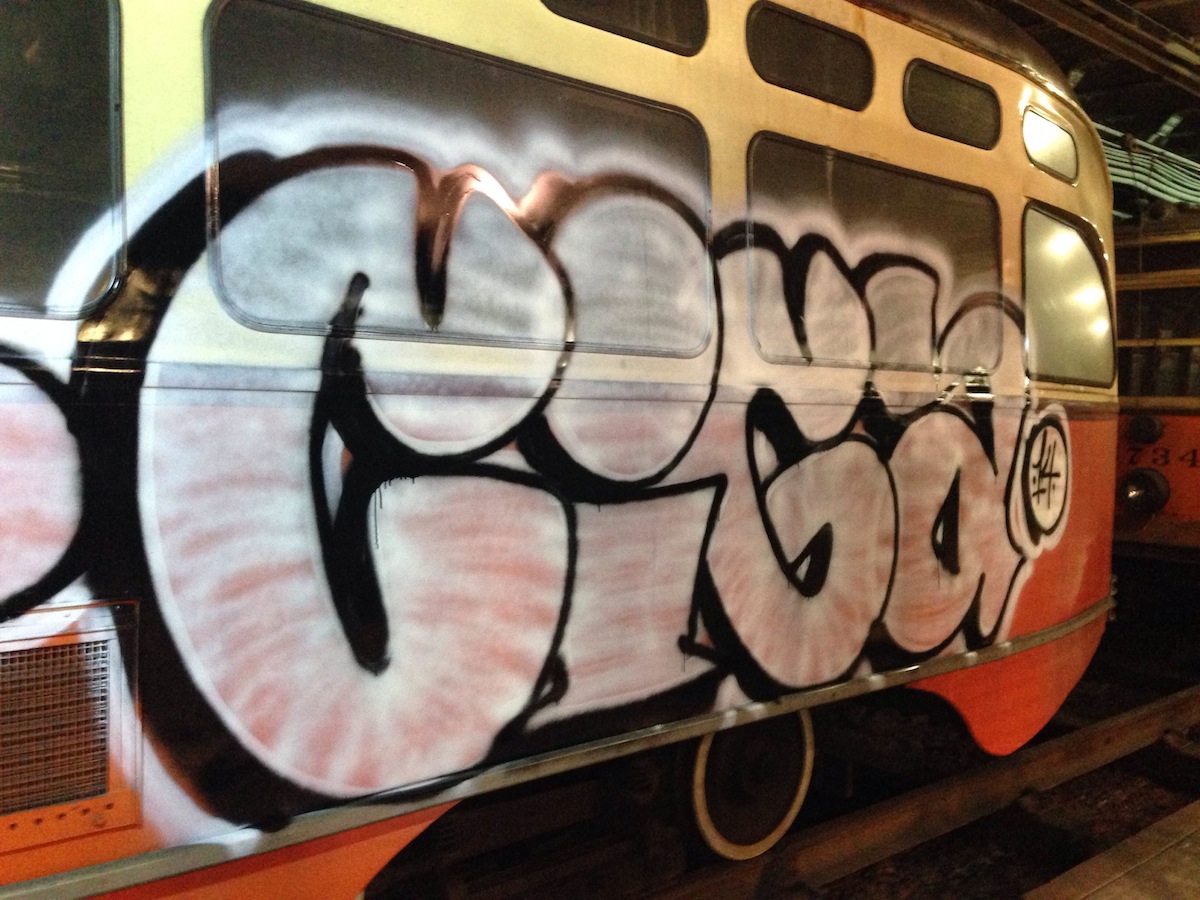 Sorry to dampen the party but: Mods, can you make the "value of graffiti" conversation it's own thread? What started as a natural digression from the topic has evolved into it's own conversation and is now only loosely connected via it's origin. Thanks to Vagabond for the attempt to tie it back in to the topic. Happy to be overruled by the consensus on this remaining in-thread, but wanted to at least point out some of us interested in the GLX thread don't care about the general debate around the digression topic.
E

Even as someone participating in the digression, pulling it out into it's own thread and decluttering this one seems cromulent.
B BostonTrainGuy said:
This was much worse:

I thought that these 2 old trolleys at Boylston Street Station were closed off with a fence & locked gate so that this wouldn't happen! Goes to show you that if & when vandals want access to tamper with, disable or destroy something, they'll stop at nothing to do it!!
S

erom said:
Even as someone participating in the digression, pulling it out into it's own thread and decluttering this one seems cromulent.
Click to expand...