Riverside said:
I think F-Line is taking one of his periodic sabbaticals from ArchBoston, so you may be out of luck there.

I'm not planning to drop 3,000 words, but I will say this about HRT to Everett: say what you will about the frequencies that branching will cause, say what you will about ridership projections for Everett vs Malden... none of it matters, because HRT to Everett is such an extreme long shot that it's basically not worth considering, nor particularly worth future-proofing for.

There are a few reasons why Everett HRT is so unrealistic. First of all, it would need to be a subway or an elevated in order to be effective. (The Saugus Branch ROW is too remote to be useful.) Depending how cynical you are, that may be enough to stop the proposal right there -- I'm honestly not sure that Boston will ever build a new rail subway or elevated ever again. But even if you're more optimistic, there's another hurdle: aside from streetcars, no rail has ever traveled through Everett. The vast majority of the T's subways were built on the footprints of railroad ROWs. There's nothing like that in Everett.

Even more -- the vast majority of MBTA expansions -- extant and proposed -- are built on corridors that were identified 80-120 years ago. Boston's subway expansion business is exceptionally conservative and afraid of new ideas. In fact, in the last 50 years, there's been only one subway expansion through a corridor that did not previously have rail on it, or previously be identified as a corridor for rapid transit: the Red Line from Harvard to Davis. And even if you go back one hundred years, there's only one other subway that was built "greenfield" (no previous mainline rail infrastructure in place): the Huntington Ave subway, and that had been identified by BERy as a rapid transit corridor a few decades prior.

Virtually all of the HRT expansions that are commonly discussed -- both in official documents and on forums like this one -- involve extensions along existing or abandoned-but-preserved ROWs.
There are a few others occasionally bandied about, but they are rare and mostly special cases. Blue-Red Connector is the most realistic of all of these, and is short and relatively well-studied. Blue-to-Kenmore and Red to Arlington via Route 2 are also exceptions, and are viewed with that much more scrutiny accordingly.

The closest comparison to constructing an HRT line to Everett is the Red Line extension north of Harvard. Greenfield corridor, subway construction. But Everett HRT has a number of challenges facing it that Red Northwest did not: water crossing, active rail ROW to parallel, and lack of diverted federal highway monies. The Red Line Northwest Extension was like catching lightning in a bottle: it's not something you can plan to replicate.

Barring political revolution (literal or figurative), HRT to Everett is not remotely realistic.
Click to expand...

one other thing… Everett is HILLY and you can’t just cut and cover.
M

I see the 354, Logan Express, and one MVRTA round trip (route 99 - is their website broken or is there really only one trip a day? That seems absurd.) as the only services.

Re: I-93 bus lane:
Concord Coach has hourlies from Maine & NH

Shoulder lane might allow Logan Express to go to half hourly.

I’d also like to see half hourlies in-filling for CR to Anderson to North Station and tagging to South Station.
M

The article doesn't mention them being able to use the shoulder. I'd certainly hope they'll be allowed, though.
A

millerm277 said:
The article doesn't mention them being able to use the shoulder. I'd certainly hope they'll be allowed, though.
Click to expand...

I'd hope so too. there's a fair amount of regional buses that allow suburban and exurban commuters to avoid driving. 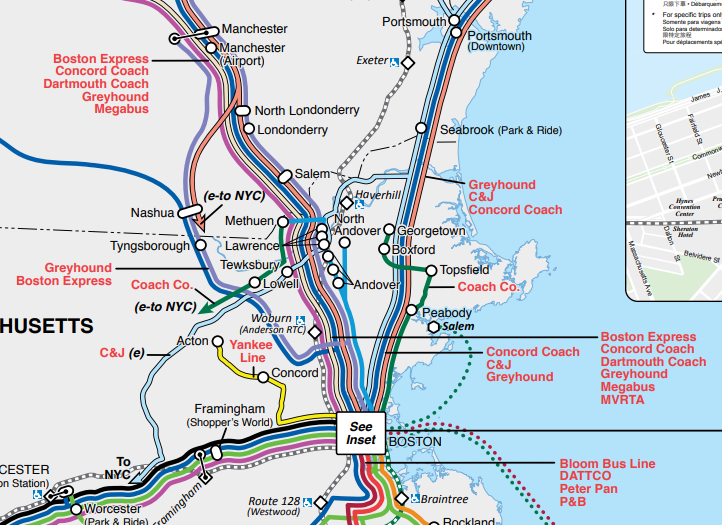 RandomWalk said:
With all the commentary in this thread and the I-90 Allston thread, I’m waiting F-Line to bust in like the Kool-Aid Man and drop a 3,000 word post eviscerating many of the pitches.
Click to expand...

Yeah, where the hell is F-Line, anyway? I haven't seem him posting in a couple of months. Hope everything is okay.
F

HenryAlan said:
Yeah, where the hell is F-Line, anyway? I haven't seem him posting in a couple of months. Hope everything is okay.
Click to expand...

He does this from time to time
A

HenryAlan said:
Yeah, where the hell is F-Line, anyway? I haven't seem him posting in a couple of months. Hope everything is okay.
Click to expand...

Cheers @F-Line to Dudley. Glad to know you're still kicking. See you when you get back!

Three weeks of non-revenue testing has begun for MBTA, Massport, and MVRTA buses on the I-93 shoulders.

Additionally, Cambridge will be added dedicated lanes in both directions between Alewife Brook Parkway and Dudley Street (just south of the bike path) later this year. Originally only a southbound lane was planned, but now we're getting both directions.

And testing begins on Revere's Broadway bus lane (southbound AM peak only) on Monday, with revenue service set for November 8.

I'm curious why Seaver St wasnt included in the Columbus Ave bus project — Seaver is much worse of a drag strip than Columbus. It's the obvious next step, yet from this article (and content on this thread) it seems like the state isn't really even planning that as a next project, but rather only thinking about Blue Hill Ave?

By the way, WBUR is reporting that the T will be proceeding with the bus network redesign, so that as service recovers post-Covid it will come back changed to reflect both the “point to point” and “underserved communities” focus of redesign and the effects of Covid. I’d link, except that that’s basically the whole article. 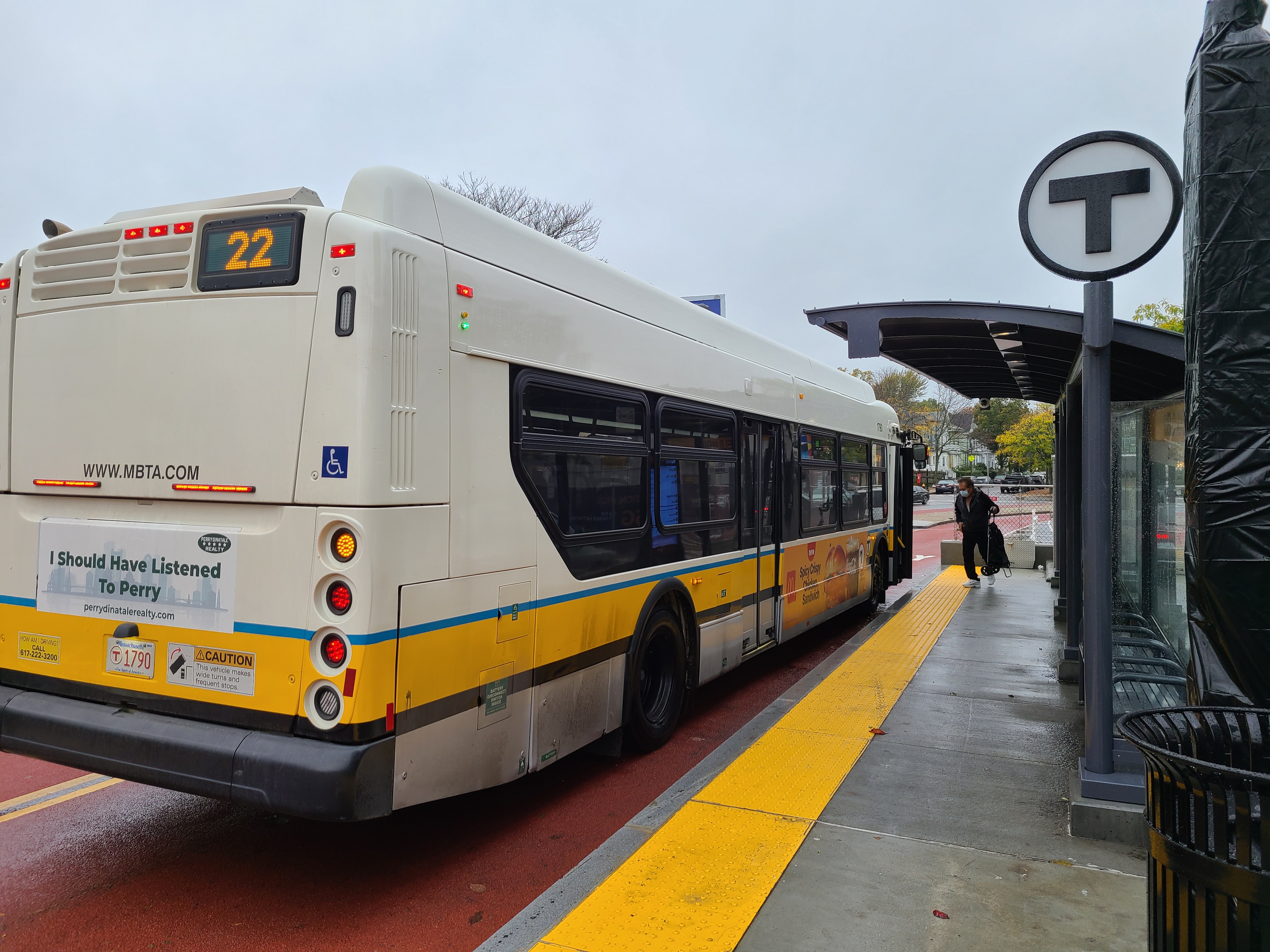 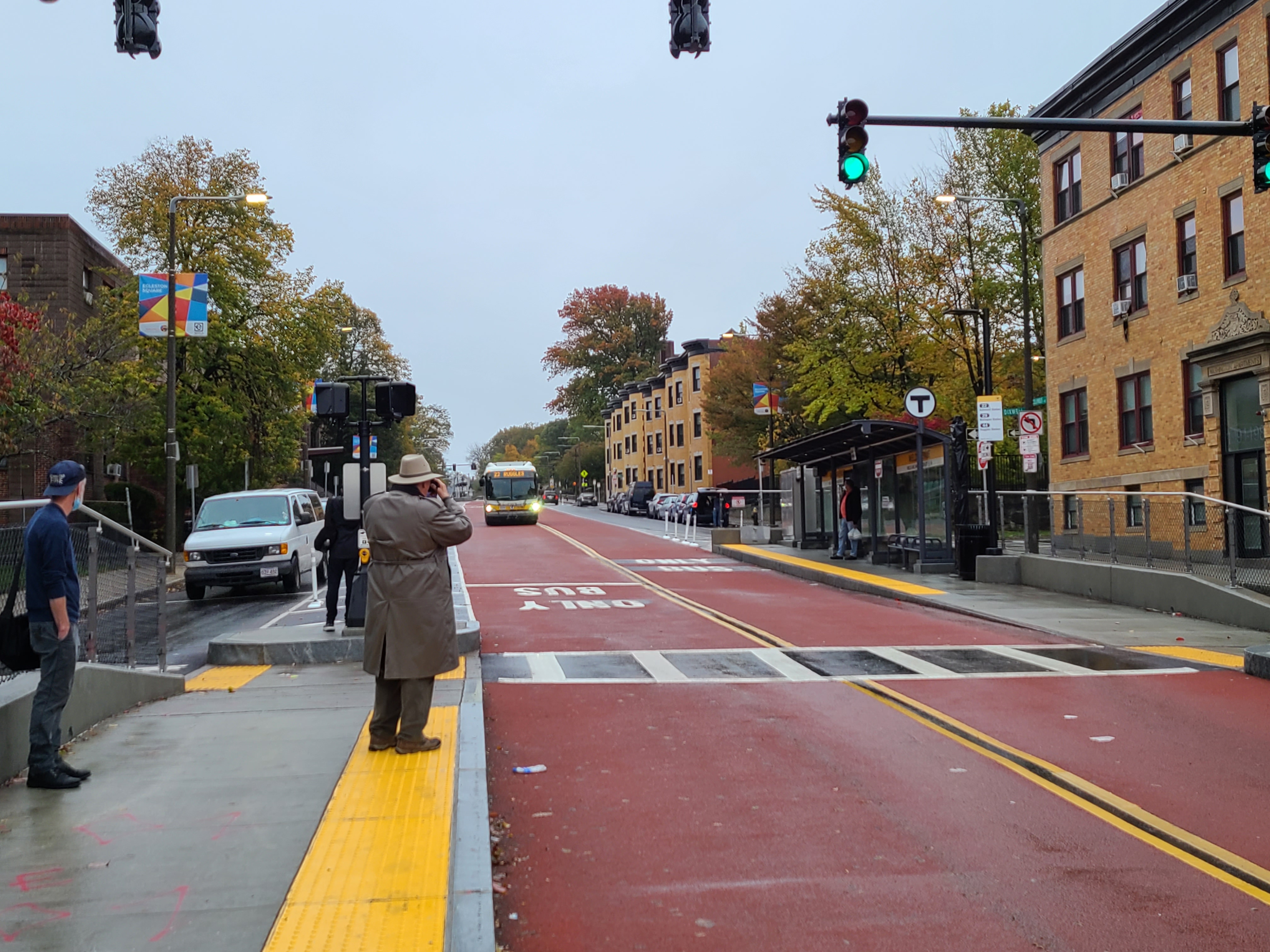 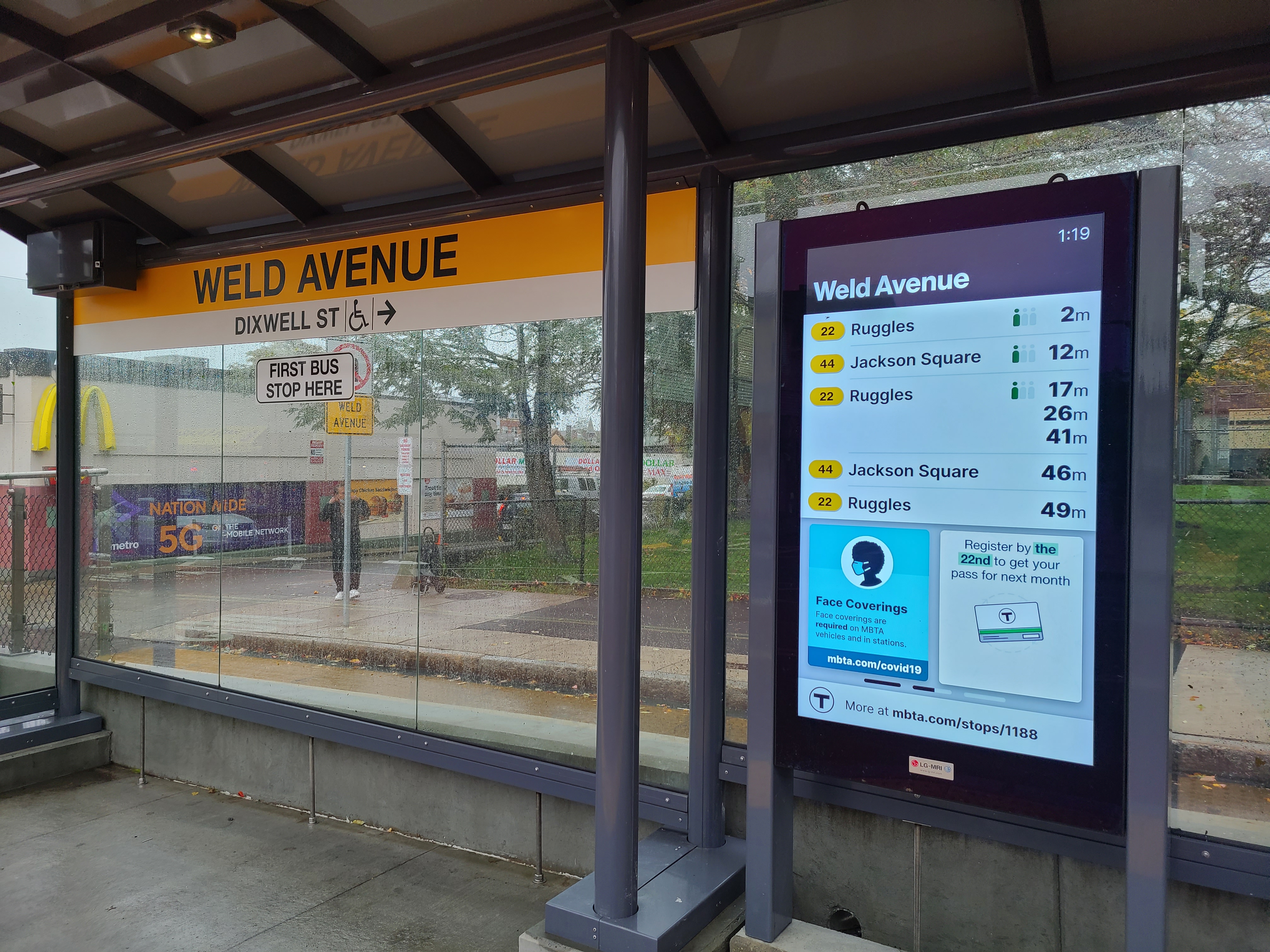 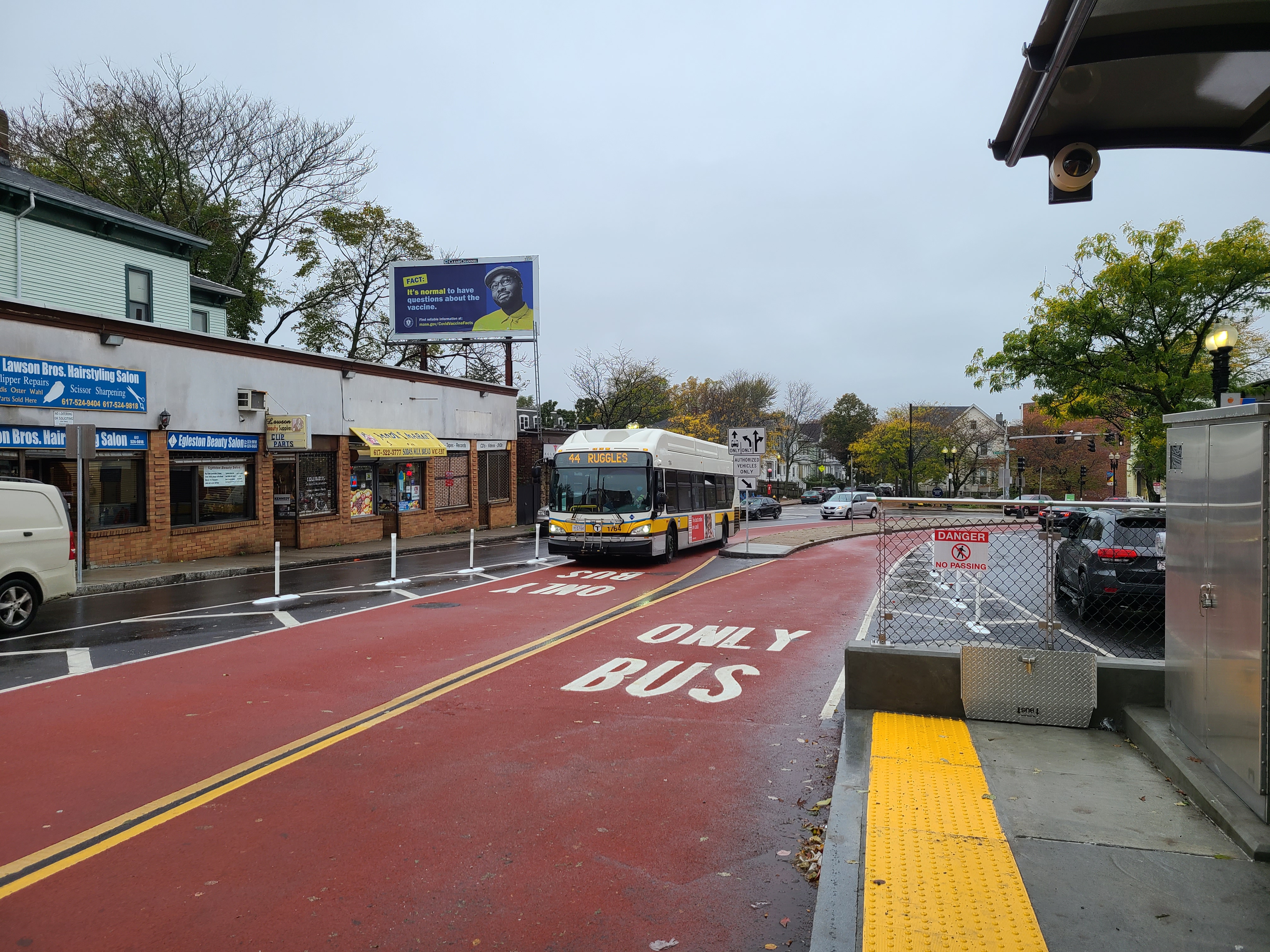 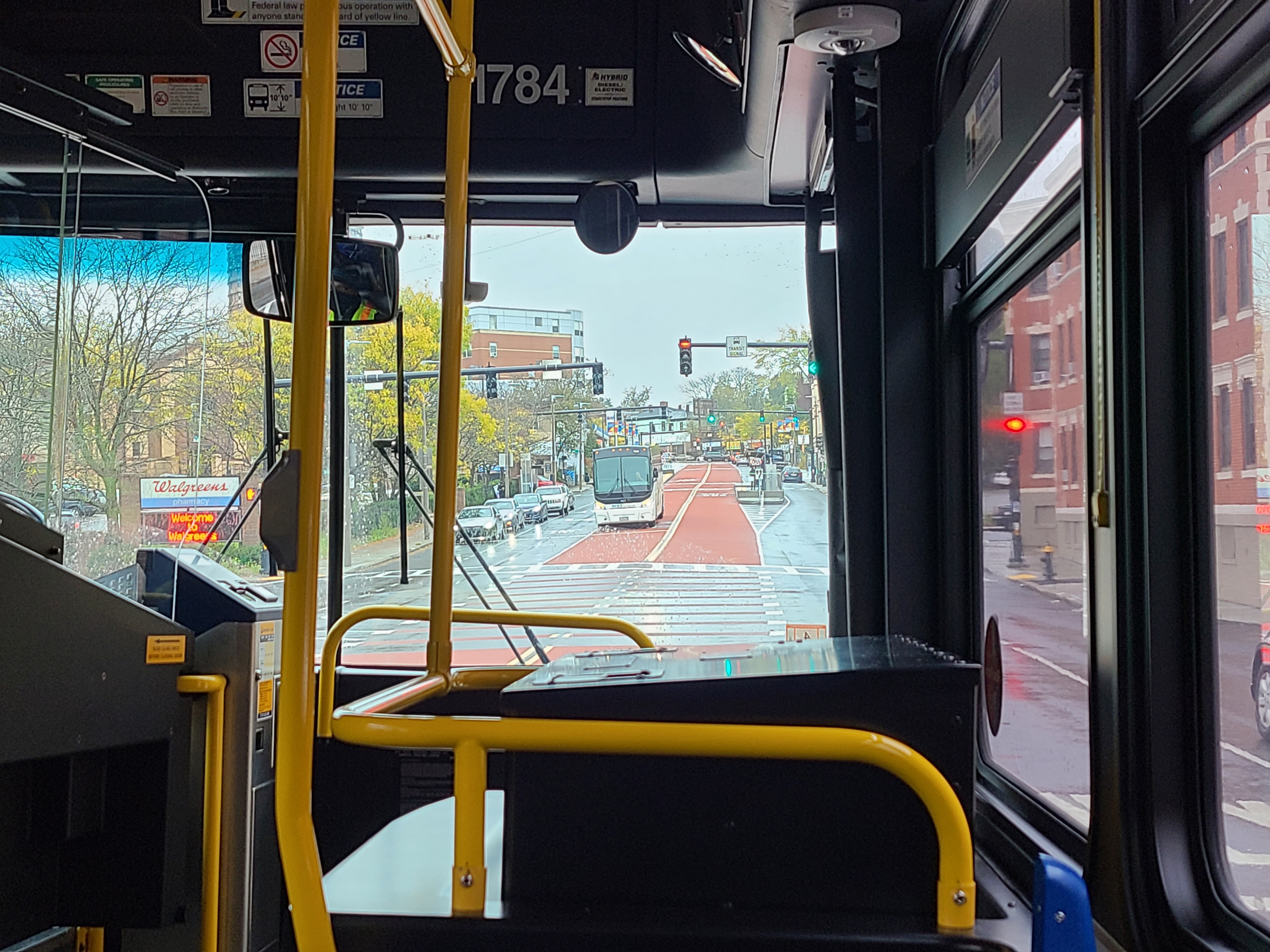 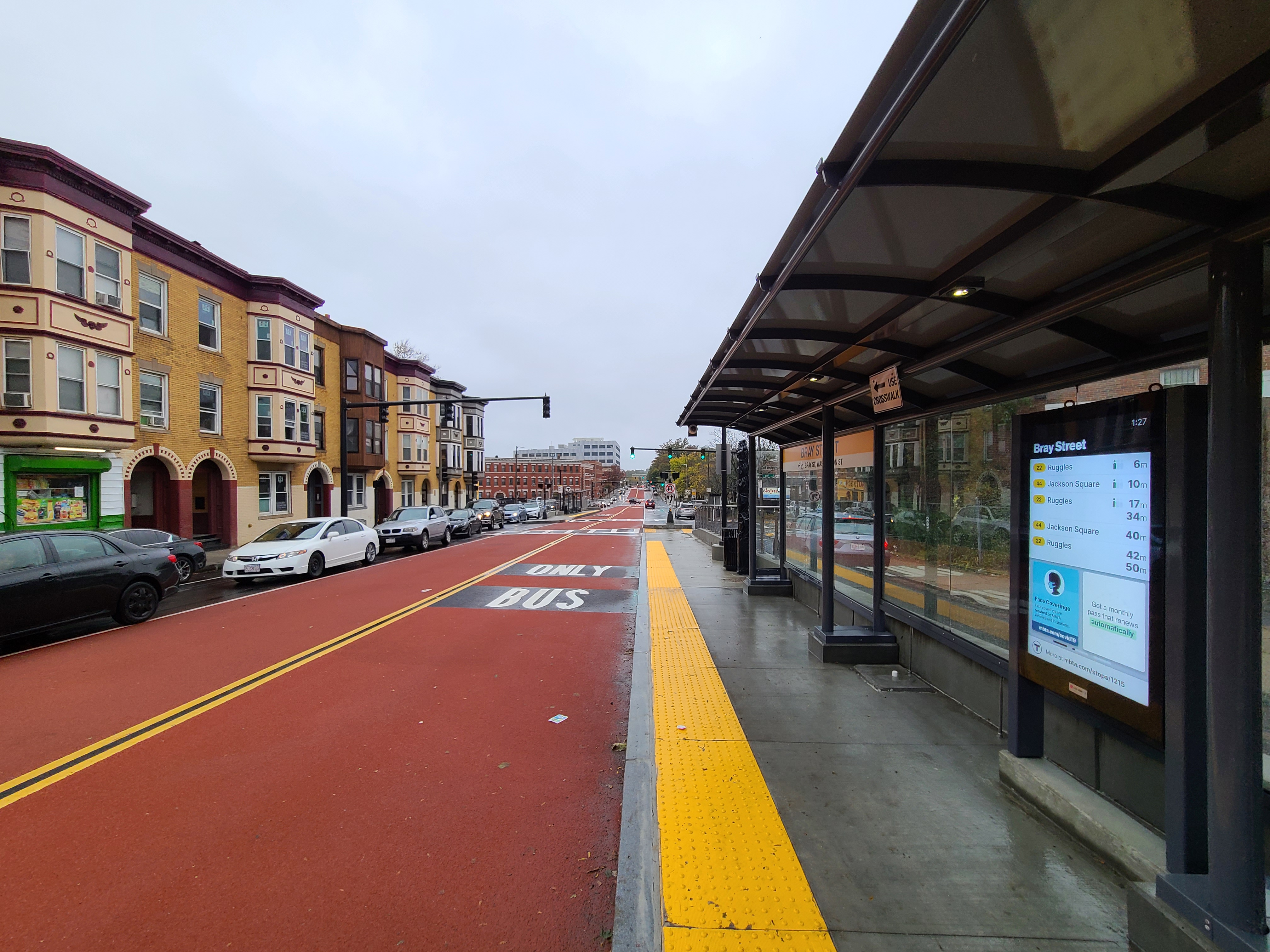 So wild that they could build all that in less than 2 years. I see the stuff going on in San Fran take a decade or two and even Indianapolis took 5.
T

They need to go all the way from Mattapan to Ruggles