That was definitely something I experienced when I did a few days trips to Providence.

The last trains in either way being before 9pm is still ridiculous though. Hopefully when night life comes back, they add the 11pm back.
R

The EGE said:
Looks like some last-minute changes to the schedules were made. Providence/Stoughton has the Wickford Junction shuttles changed to through trains, albeit still with a 10-minute dwell in Providence. And Worcester has a "Newton Connection RailBus" running Wellesley Farms-Riverside-Auburndale-West Newton-Newtonville-Newton Highlands to provide reverse-peak service to the Newton stations.
Click to expand...

For those who are curious about the Newton Connection Railbus, Miles in Transit did a video on it.
B

Just an internal GTFS issue, apparently - trains are still stopping as normal. Website and Google Maps should be fixed shortly.
B

Thoughts? Where does the blame lie?
F

Thoughts? Where does the blame lie?
Click to expand...

Waltham DPW...full-stop. They were required to install plastic pop-up posts on the centerline of the town-control roadways @ Elm+Moody in the original ratification of the Quiet Zone waiver from 2006, and did nothing. It's been out-of-compliance for 15 years, and the FRA finally called out the bullshit.

Nobody has any excuse to whine to the TV cameras about the trains here. The non-compliance is 100% absolutely the town's fault. They had their half of obligations for getting the Quiet Zone, and didn't take it seriously.


I would argue most of the 900 fed-flunked quiet crossings were the fault of town-level intransigence on town-control roads. The RR's never ever escape the hot breath of fed inspection, but getting Town DPW's to conform to basic AASHTO guidelines is like herding cats. If there isn't a state/fed line item jeopardized by their non-compliance, they just don't care. Obviously there's been a couple decades of behavioral mis-conditioning to have little fear of enforcement penalties for the laziest of oversights, and many have forgotten that Quiet Zones aren't a God-given right or Free As Candy...they too have reciprocal obligations they have to meet.

I bet the pop-up posts are up by end of next week at latest now that it's gotten its media expose.
Last edited: May 13, 2021
D

F-Line to Dudley said:
Waltham DPW...full-stop. They were required to install plastic pop-up posts on the centerline of the town-control roadways @ Elm+Moody in the original ratification of the Quiet Zone waiver from 2006, and did nothing. It's been out-of-compliance for 15 years, and the FRA finally called out the bullshit.
Click to expand...

2006--when the McCarthy mayoral regime there was but a pup.

Now it's 2021, and her government still haven't figured out how to execute on something so basic as this. What's particularly galling about it is said regime has benefited from explosive growth in massive new apartment complexes in the downtown area immediately abutting the railroad crossings over the past decade--Watch Factory, Merc, Edison On The Charles, etc. So much of that growth, of course, is predicated on the CR continuing to deliver professionals to North Station in 15 minutes, safely. (well, pre-pandemic at least) Yet they can't match the private sector's enhancements to the downtown environment, and the municipal bottom line, with something as seemingly simple (let alone mandatory) as this.

P.S. perversely, DPW will probably act quicker on this because the complainer is a homeowner and therefore probably more likely to vote, versus a downtown apartment dweller who still fattens municipal coffers so much... yet being a transient tenant, is probably much less likely to vote.

The local municipality. We've learned that in West Medford: MBTA does the gates, the down does the street, which in our case (at Rt 16 and Canal St) is our our centerline reflector-barriers (cricket-paddle style flex posts) I think one time, for about a day they got too battered, the horn came back and the city went to the storeroom and got the replacements

Or at least I know that when we'd dithered in installing them (2009 ish?) the horn continued until the city installed them (not hard...screwing a rubber hump with a coxcomb of reflectors on both sides: 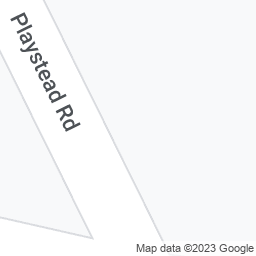 Cambridge put in curbs to prevent drive-arounds on Sherman St, which seem to have weathered Masshole drivers better than any flex posts.
F

RandomWalk said:
Cambridge put in curbs to prevent drive-arounds on Sherman St, which seem to have weathered Masshole drivers better than any flex posts.
Click to expand...

They likewise were required to do that as part of the agreement securing the quiet zone. If a crossing is high-traffic enough, it's usually mandated that there be some sort of roadway structure to deter gate-evaders as an above-and-beyond for making the crossing quiet. Cambridge was prompt in installing those on Sherman in order to net the quiet zone when the time came. Quelle surprise...that one passed the recent inspection and isn't on the list of flunkers.


Boggles the mind how Waltham officials ever assumed there'd never be any consequences for flat-up choosing to fuck off on a signed agreement.
R

Are there plans to put in full four quadrant gates at Elm and Moody?

Tangentially, could they build those to accommodate a future second track without major work?

IIRC, since it is the town that requests the quiet zone, Medford (or Waltham or any town) would have had to pay for quad gates (the T needn’t...blowing the horn is safe and cost less)


Medford chose the center strips with flex posts precisely as a way to get the quiet zone without paying for quads.

Quads was in the $1m range ($500k+, anyway) About what you would pay for a complex traffic signal implementation. Center barrier was about 1/10th to 1/5th that
F

RandomWalk said:
Are there plans to put in full four quadrant gates at Elm and Moody?

Tangentially, could they build those to accommodate a future second track without major work?
Click to expand...

Wouldn't make any difference. Quad gate installations require the very same lane-divider treatment that the town refuses to do here. The far ends of the plastic gate arms are designed to snap off before they wreck the crossing machinery and thus aren't any major deterrent to a driver hellbent on cutting corners. It's the something in the roadway that leaves a scratch on your car for your attempt at illegal weaving that ends up serving the functional deterrent more than the gate arms. The town's refusal to act on the roadway treatment would be every bit as much disqualifying for the quiet order were there 4 gate arms instead of 2, and necessitate the same punitive horn show with every crossing. There's no mechanism for an unwilling town gov't to end-run its way to dumping all the burden on some other party.

Quad gates really wouldn't make much of a safety difference at Elm/Moody, either. It's not a high-speed crossing for trains as every single thing on the schedule makes a station stop there and is going very slowly. There's zero regularly-scheduled freight on the inner Fitchburg Line, and no super-expresses that skip Waltham Center. It's also not high-speed for either roadway with the crossings between very close-spaced signalized blocks...nor a particularly easy one to illegally wrong-way weave through (whereas the 5-lane roadways @ the Framingham pair can sometimes be a cheat exploit) because the queues at the traffic lights are usually blocking the opposite traffic direction most hours and there aren't enough lane stripes to fake your way around. There'd be little overall benefit for the added expense. The crossing surface and all crossing protection were fully replaced during the Fitchburg Line upgrades: new hardware on both the road gates and sidewalk gates, ADA rumble surfaces on the sidewalk approaches, 10-inch LED flashers and LED gate-arm strobes, max-reflectivity gate coating and signage, e-bells instead of mechanical bells. It's totally up-to-spec, zero older-age grandfathering. The only other missing pieces to the picture are: missing southbound-only roadway warning paint on both Moody and Elm (Moody's looks like it used to be there but was nuked by the recent re-paving job), missing SB-only advance warning sign on Moody. And those are likewise 100% the town's fault for not conforming to AASHTO. Waltham DPW probably got written up for those very minor oversights as well when the crossing flunked its quiet zone inspection.
Last edited: May 13, 2021
C

F-Line to Dudley said:
Quad gate installations require the very same lane-divider treatment that the town refuses to do here.
Click to expand...

On a high-traffic artery, that's ruled case-by-case. It would be required at Elm/Moody, because without it motorcycles could split the proverbial uprights with impunity and probabilities dictate there'd be enough cheaters trying while the gates are in-process of coming down to result in some damaged gate arms (either that or incidences of re-cycling, as gate machinery is programmed to "wave" up and down if they encounter an obstruction on the way down). It's not required at Beaver St., where a "tri" gate does presently exist on the south side of the crossing to cover the cheat exploit from an abutting driveway bulb-out...but that's a much lower-volume road.


Any which way, the quiet zone depends on it because that's in the contract the town signed with their own blood.
C

F-Line to Dudley said:
It would be required at Elm/Moody
Click to expand...

Still no. Just run it through the calculator on the FRA website. Quad gates put it way under the margin required. Of course, so does a median, which is way cheaper.
B

Not sure if it fits here, but I came across this fun video of the history of Boston's commuter rail (starting in the MBTA era):


It doesn't include non-MBTA routes (only marking those subsidized as far as I can tell), so it would also be kinda interesting to see the other passenger service this video doesn't include, too. Still cool though!
F

Interesting, but full of mis-pronounsiations.
C

Despite all the mispronunciations, he managed to get Worcester perfectly. Ironic.