Trinity Church: The work of a civilization

I searched for a Trinity Church thread and we don't seem to have one. I guess part of the problem is that other than their basement redo (when was it?) not much ever changed at Trinity Church.

But I wanted to note two things here.
1)When David McCullough surveyed that part of American history where the Civil War generation and their "baby boom" generation (e.g. Teddy Roosevelt), he couldn't help but notice that as they remade America, they built many great works of civil engineering and art. And that the building that best combined all these aspirations was Trinity Church, of which he notably said "This isn't just the work of an architect. This is the work of a civilization." 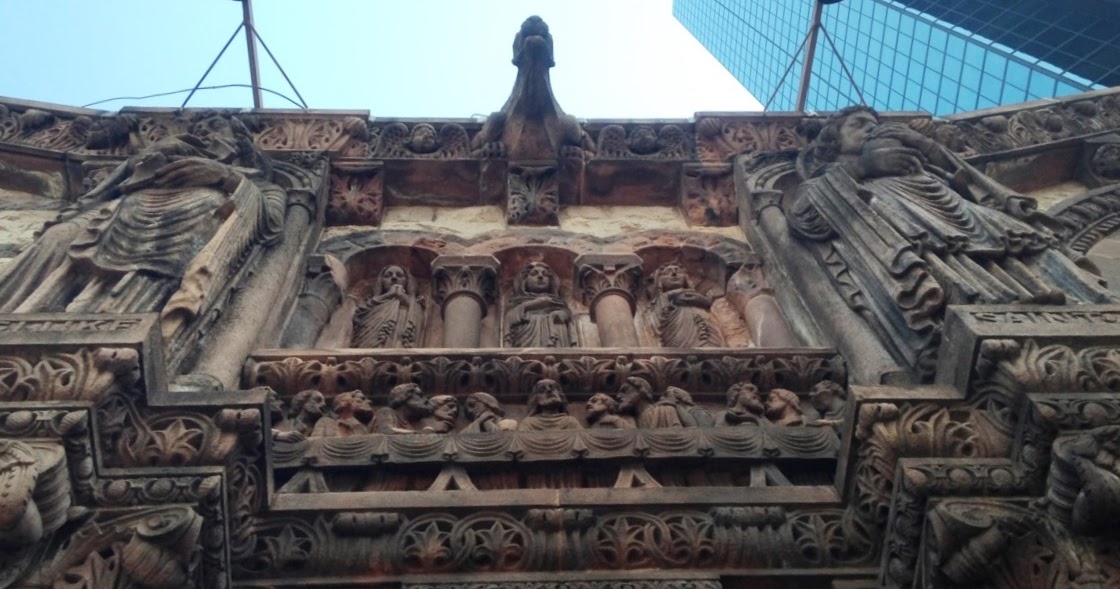 "This isn't just the work of an architect. This is the work of a civilization." - - David McCullough, Pulitzer prize winning author, on Tri...

2) Trinity Church was therefore both a culmination of a past and the start of many new things (e.g. Richardsonian Romanesque )
This is captured decently well in WTTW's series "Ten Buildings that Changed America" 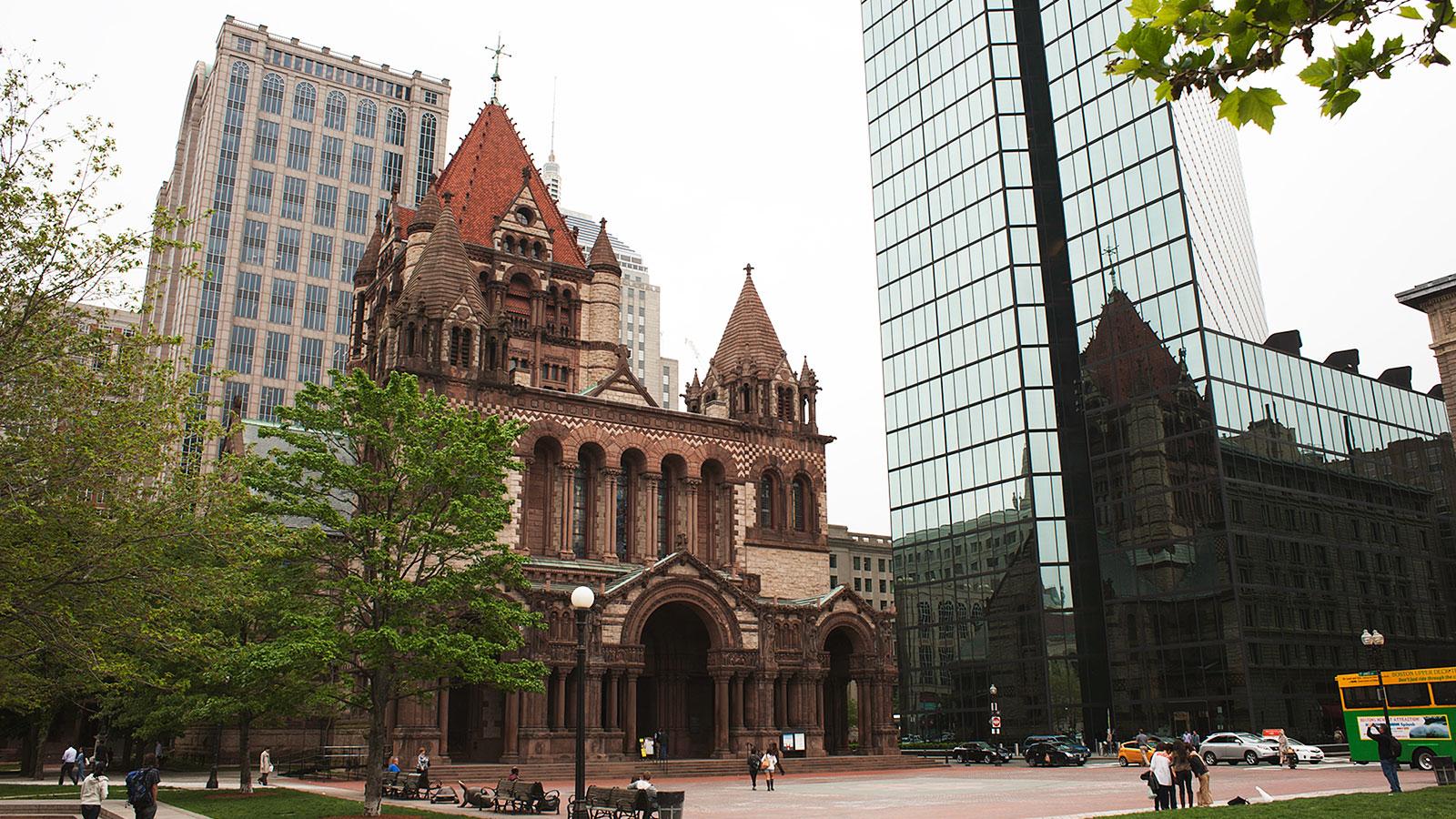 After the Civil War, America was ready to rebuild, put down roots, and establish a more solid and permanent built environment. But from an architectural perspective, the American landscape had so far been composed for the most part of copies of Old World forms: colonial Georgian churches...

Oddly enough, I just came across this image of the church just after its 1877 completion. It was probably taken from the Old South Church, itself just a few years old. (Click the image for the full-size link) 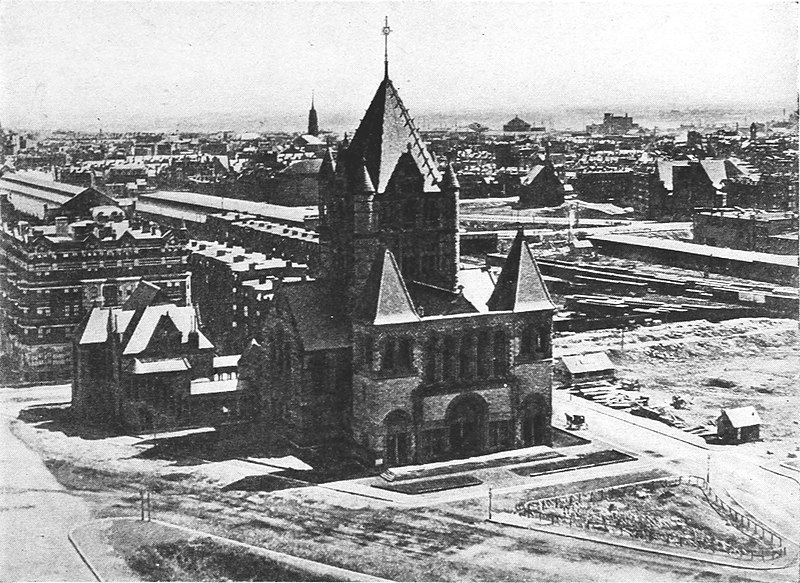