Morifen said:
Workbar is moving into the old Elegant Furniture building. I'm glad, since that building looks like it needs serious updating & I like what Workbar has done at their other locations. This also explains US2's earlier call for artists to decorate the space, since US2 & Workbar are partnering in this.

Also, anyone know what the story is with New Asia Restaurant? That place has been empty forever.
Click to expand...

It does need serious work. When Elegant Furniture went out articles tried to make it out to be "boo gentrification!" because the landlord was tripling the rent and asking the tenant to pay for all kinds of wiring and HVAC upgrades. My guess is that the furniture store's rent had been static for years (perhaps a long-term lease) and the renewal was catching up to market rate. In any case the building is/was rundown and in need of significant infrastructure upgrades. Workbar will be great in that space.

I haven't heard anything about the New Asia space. Just been boarded up for months.

Another question, how about the Fiesta Bakery space? That place was condemned since the fire years ago and has a demo permit in the window. That plot could use a 3-4 story building.
M

Apparently Fiesta Bakery's building dates back to 1890. I found this article with short documentary on the space here: https://unionsquaremain.org/2014/05/perhaps-farewell-to-unique-local-property/ No idea what the future of that space is though.
M

Despite being awarded an $18million matching grant, plans for a new library in Union Square are on hiatus & the grant has expired.

There's been some activity in the lot at Somerville and Prospect: lots of new gravel piles popping up everywhere.
R

just another report on new activity at Somerville Ave and Prospect. Site huts/trailers on site now, looks like somethings about to happen. Is there any final plans for this site?
K

Not sure of any correlation, but the Union Square neighborhood plan is released tomorrow on this site: http://www.somervillebydesign.com/

Frankly, I've lost track of all the plans they've been doing. There was the UnSq revitalization plan from 2012 and the draft of the plan out tomorrow was released last October. Not sure if this results in any tangible benefits since it is largely filled with values statements. The real plan gets released after May 9's MBTA meeting and we see if there's any choochoos heading to Union.
W

In order to accomplish this, we ask that the city prepare a long-term capital projects plan. Most of Somerville’s major public buildings, including the Central Library, Somerville High School, the Public Safety Building, and the Recreation Building are in need of significant capital investment for renovations or replacement with a new building. Given Somerville’s limited financial capacity and limited number of buildable sites, each one of these projects has the potential to impact the viability of the others.
While Somerville’s Capital Improvements Plan for FY ’14-’18 identifies these needs, it does not include scenarios that would address them. A long-term strategy and prioritization of Somerville’s public and civic building needs is essential to understanding what can reasonably be done and what is right for Somerville and Union Square over the next 15 years.
Click to expand...

Ruairi said:
just another report on new activity at Somerville Ave and Prospect. Site huts/trailers on site now, looks like somethings about to happen. Is there any final plans for this site?
Click to expand...

From the timeline that was posted last March, construction on D2, the plot closest to where the planned station would go, was set to start early 2016. But given the GLX current state, who knows what it could be.

For what its worth, US2 has kinda slacked in terms of communication as of late. I guess there's a lot of uncertainty.
C

This week the City posted the final(ish) version of the Union Square neighborhood plan. Though they still need to hire a copyeditor, it is a very, very impressive 283 page document that should be required reading for this board. I don't believe I've seen anything comparable in detail and thoughtfulness coming out of Cambridge or Boston. It details improvements for utilities including waste water, complete streets, new building parcels and their intended uses, and public space for effectively three separate neighborhoods:
-Union Square proper
-Boynton Yards (the brownfields on the south side of the Fitchburg line)
-Milk Row (the area surrounding Target and McGrath Hwy)

Some key takeaways from my quick read:

-Assuming the GLX is approved in modified form on May 9, construction would recommence sometime in 2017—so we have still quite the long wait ahead. However, the phases would be collapsed so that all stations would come online around the same time. No Union and Washington Street first, followed by the rest three years later.

-The new street network for Union Square would be built out between 2017-2020 (which strikes me as ambitious). Big changes, beyond the Prospect/Webster two way change include making Somerville Ave 2-way through the whole square, deterring drives from using Bow Street; turning Bow Street into a woonerf; removing all medians and islands, returning that recovered square footage to the sidewalk; removing lanes all through Somerville Ave so it is just one lane for driving with an added lane at intersections for lefthand turns.

- The following parcels would be targeted for redevelopment by 2020: Citizens Bank building on Bow Street (D7.2); the large vacant lot that fronts the T station (D2); Ricky's Flower Market (D1.1); and the old post office (D5.1). The police and fire HQ would be redeveloped starting around 2020 and the remaining parcels would go starting around 2024.

-McGrath Highway is aimed for grounding starting in 2026

-A brand new street network for the Boynton Yards neighborhood would begin to go in next year. Buildings would start around 2020.

Not really sure how Bow Street becomes a limited travel woonerf given that it's the only way to get to Walnut, which is a pretty major thru-way to get up Prospect Hill to Highland Ave.
R

Morifen said:
Looks like the SCC parcel where the Cota funeral home was is starting advertising:

I guess it's luxury condos on top of several commercial spaces? Also, it's weird they are using '197 Union Square' instead of '197 Washington St'.

Judging from their hidden survey page, I'm also guessing they are targeting a price tag around 500k.
Click to expand...

Looks like the 181 Washington Street project's first floor is going to be a denistry office... 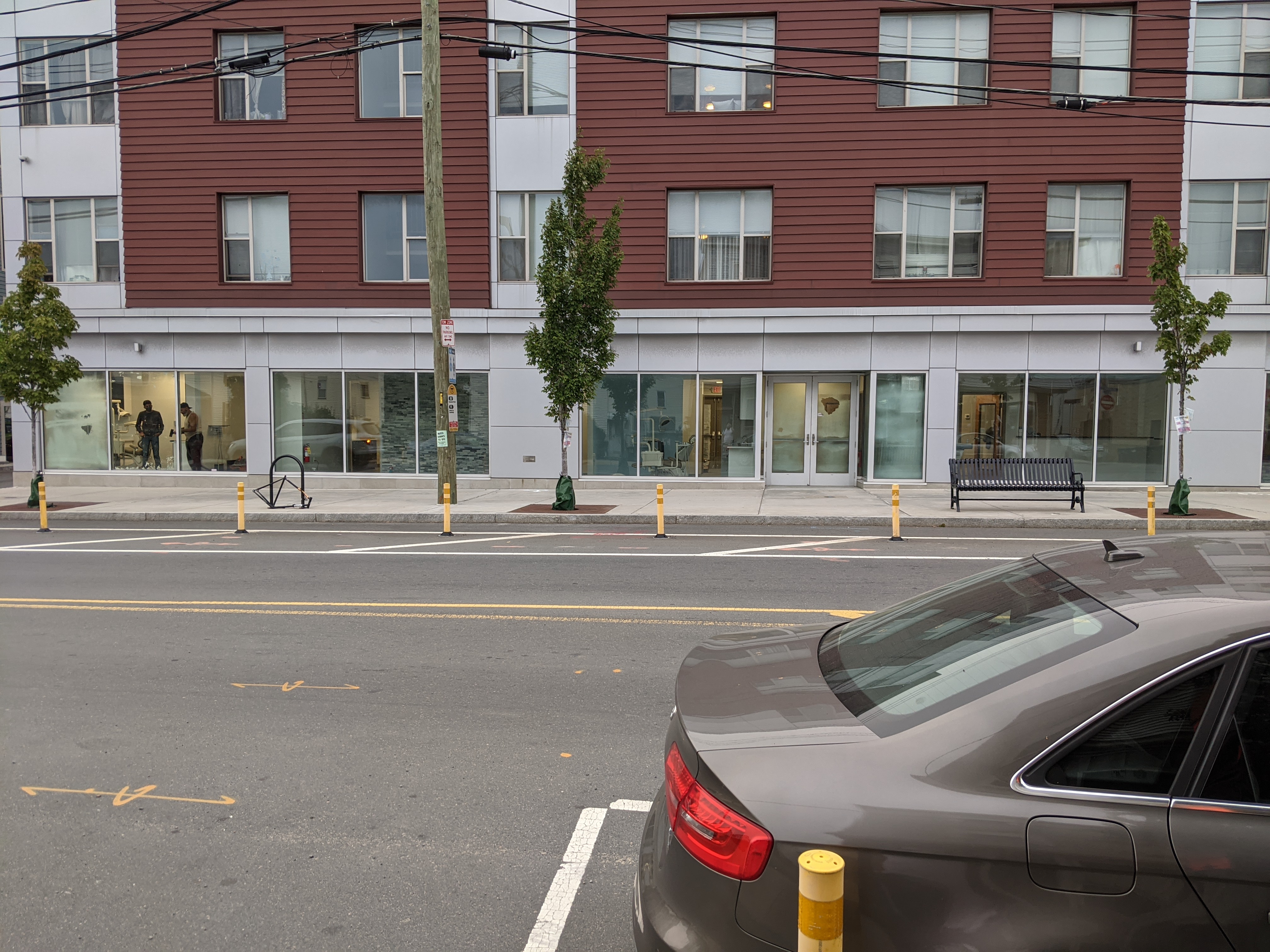 ra84970 said:
Looks like the 181 Washington Street project's first floor is going to be a denistry office...

Of course, I forgot that I had read the planning board decision on this a long while ago. 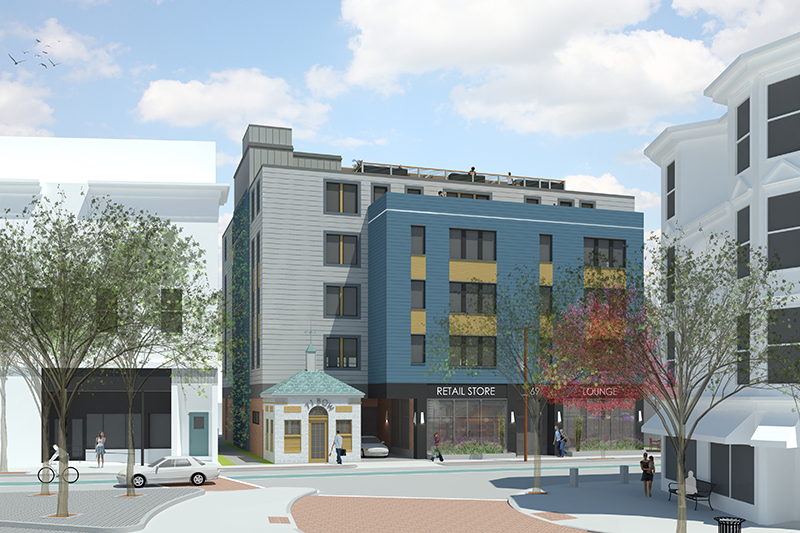 Curious, is there some historical reason why they are keeping the little pavilion/vestibule building. Its inclusion feels even more awkward than the overall design.
R

It’s one of the few remaining examples of that style of early service station.
S

JeffDowntown said:
Curious, is there some historical reason why they are keeping the little pavilion/vestibule building. Its inclusion feels even more awkward than the overall design.
Click to expand...

Honestly, I prefer the rest of the development respect and cater to that pavilion/vestibule, not the other way around. I like that part the best!

Huh - I guess we can still build stuff like this. We just choose not to. 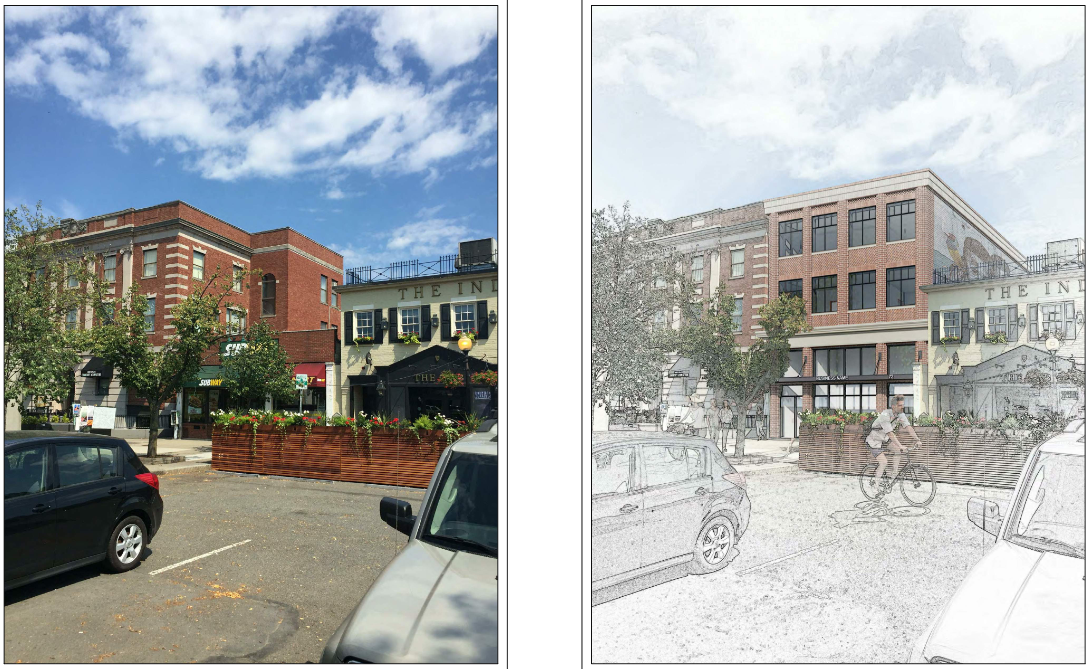 Huh - I guess we can still build stuff like this. We just choose not to.

It looks like they already have tenants lined up, including a dispensary on the first floor, an education center on the second and offices on the third. I also like the fact that there is dedicated bike storage in the basement. Overall great infill and please copy and paste this all over.
You must log in or register to reply here.
Share:
Facebook Twitter Reddit Pinterest Tumblr WhatsApp Email Link