I thought he should have his own thread, since he was Gropius' protege and had a number of commissions around the Boston area, including the Gropius House itself

Marcel Lajos Breuer practiced architecture at Harvard and had a number of commissions around Boston & Massachusetts. He also did a considerable amount of work in beton brut. And please, if you contribute to Wikipedia, help make his article better

If you're not an architecture person, you know him from his chairs: 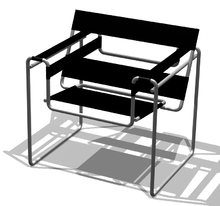 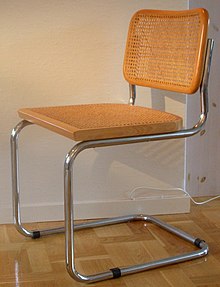 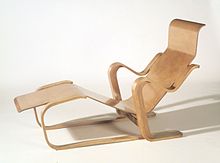 I love his mid-century commercial building and residences.
T

He designed the Campus Center at UMass.

I didn't realize he did the Madison Park campus in Roxbury. Makes me wish I had checked it out when I lived in Boston.

Breuers Campus Center (right) and Lederle Graduate Research Tower
The Lincoln Campus Center - also Murray D. Lincoln Campus Center , usually abbreviated as Campus Center - and a nearby parking garage, which are connected by an underground passage, were designed by Marcel Breuer , a student and later colleague and partner of Bauhaus founder Walter Gropius , designed. The Campus Center is named after Murray D. Lincoln (1892-1966), who received a bachelor's degree from the university in 1914 and later at the university ( Director of Agriculture in the 1950s), but above all beyond, including in advisory body to the United Nations ( United Nations advisory Board), became a significant personality. [10] The Campus Center was completed in 1970 and houses a quality hotel; it is also used for practical training of students in hotel and tourism studies. Until about 2005, a restaurant was housed on the top two floors of the building, after which the two floors were converted to accommodate a cafeteria, among other things.