Exactly what the title says, I've started creating Boston in this most wonderful of games.


Overview, the airport is just offscreen to the right, the convention center is the round-roofed building at the lower right on "east" Boston, and "south" boston is more or less the industrial zone. Obviously I have yet to get to much of the Hub (right now MIT is represented by the city zoo, heh) and I have to take some liberties since everything must be at 45 degree angles
. 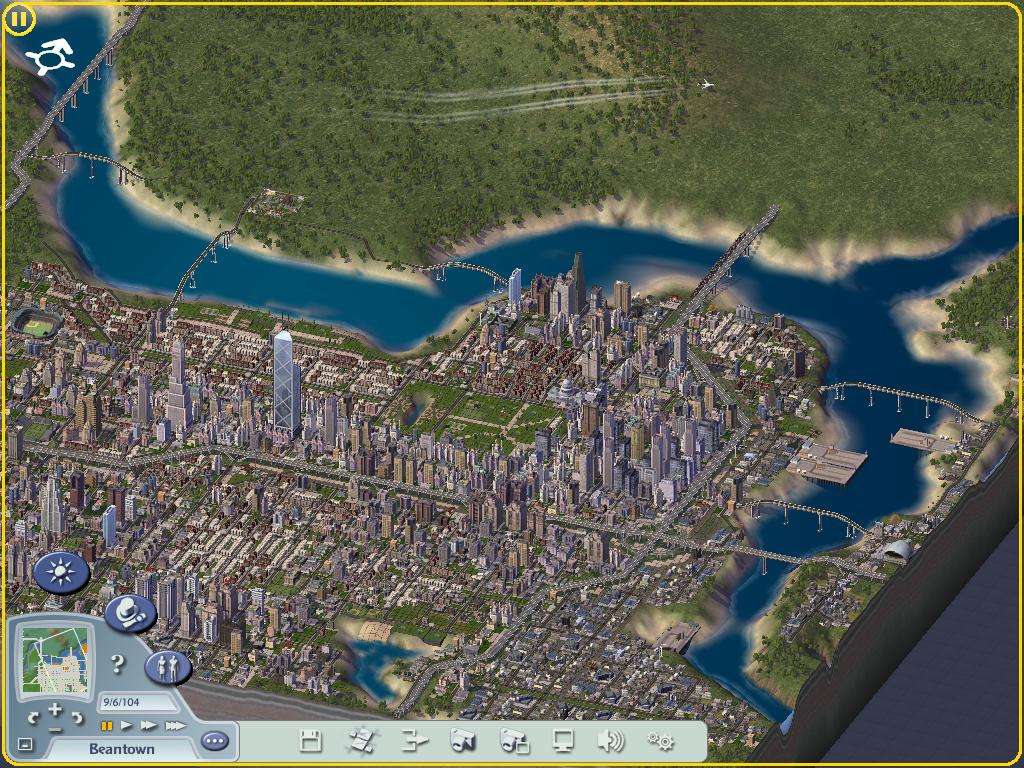 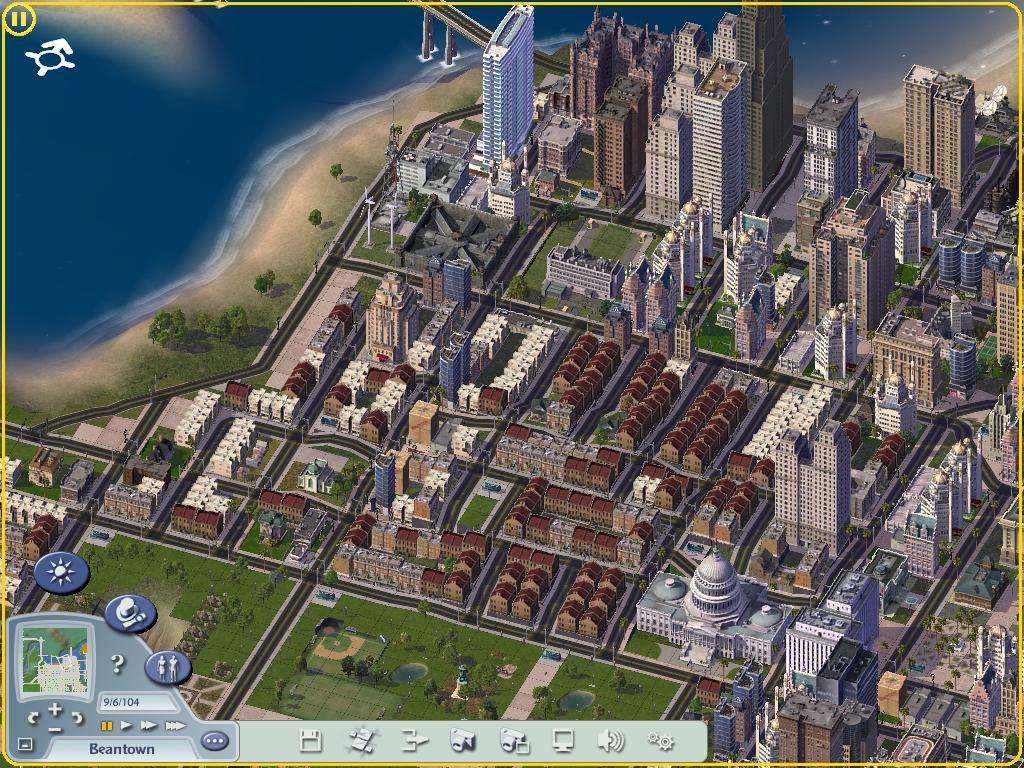 Gov't Center, Central Artery and the North End, a troubled neighborhood in the sim reality 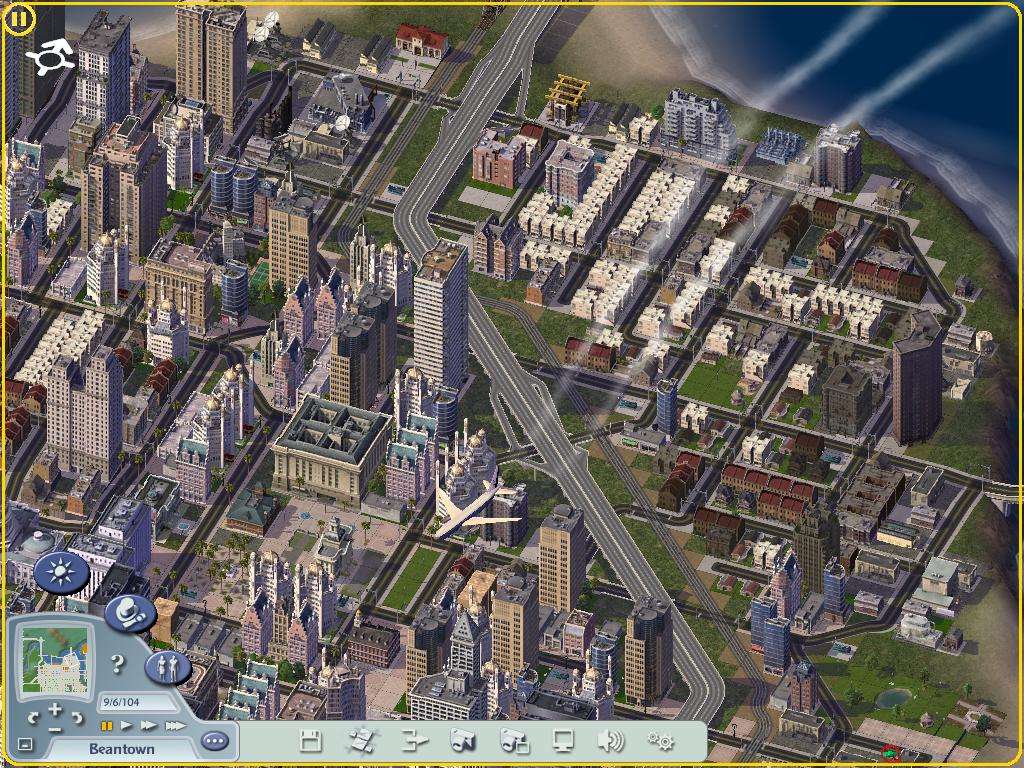 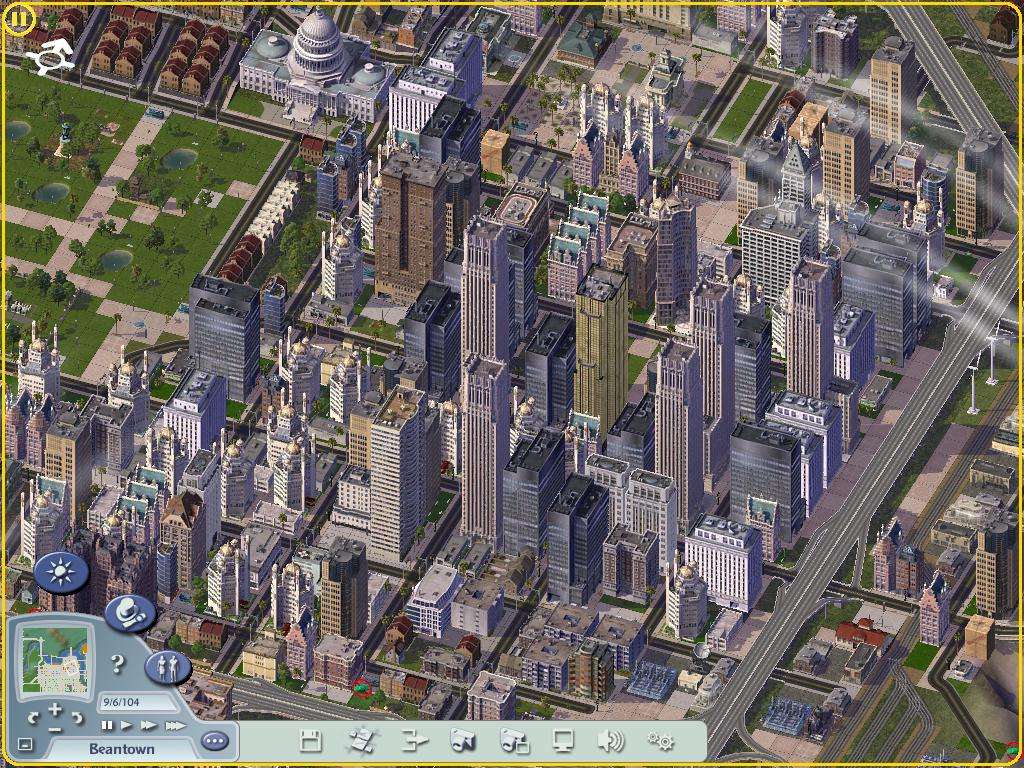 South End. Apparently a bunch of yuppies moved in during the 80s and built "modern" condos 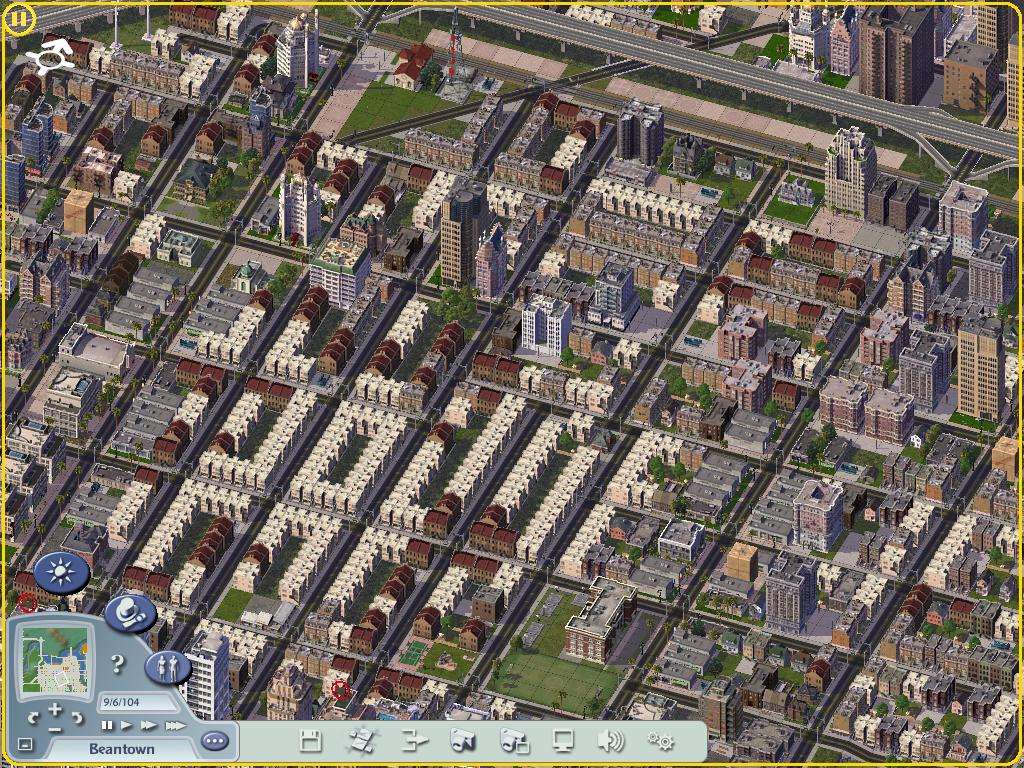 The Back Bay and High Spine. The "Prudential" tower naturally came about, the "Hancock" is a landmark building 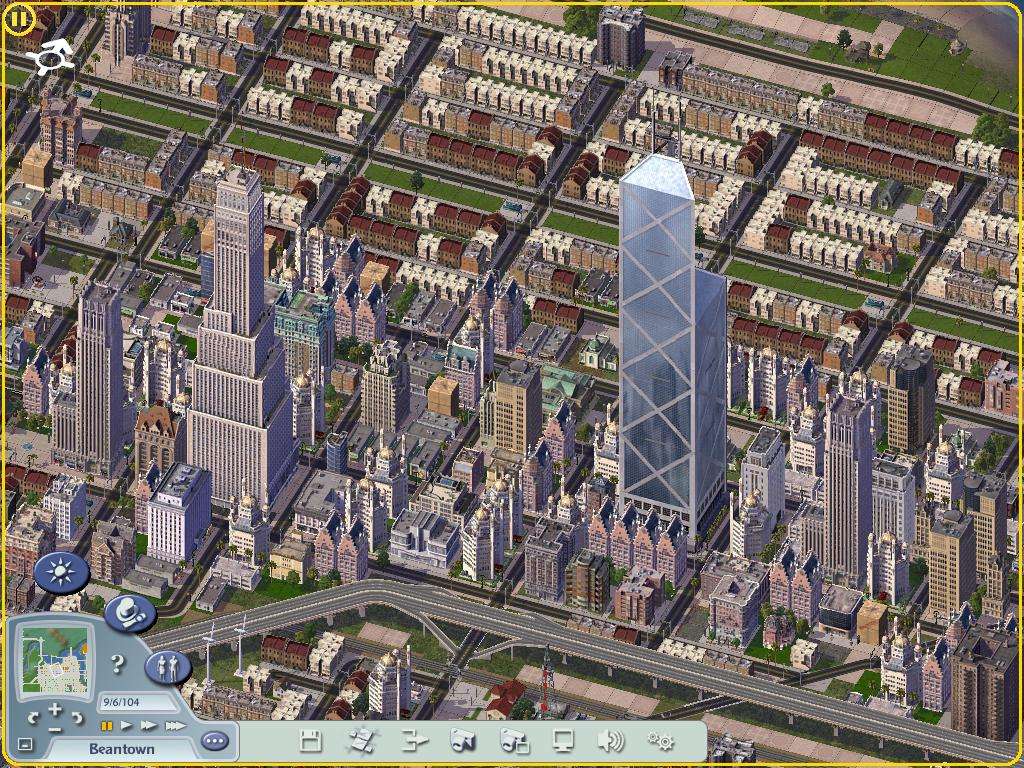 The Fenway neighborhoods, very abbreviated. NEU and the MFA to the west, Berklee and the highway underpass (represented by the open plaza) in the center. 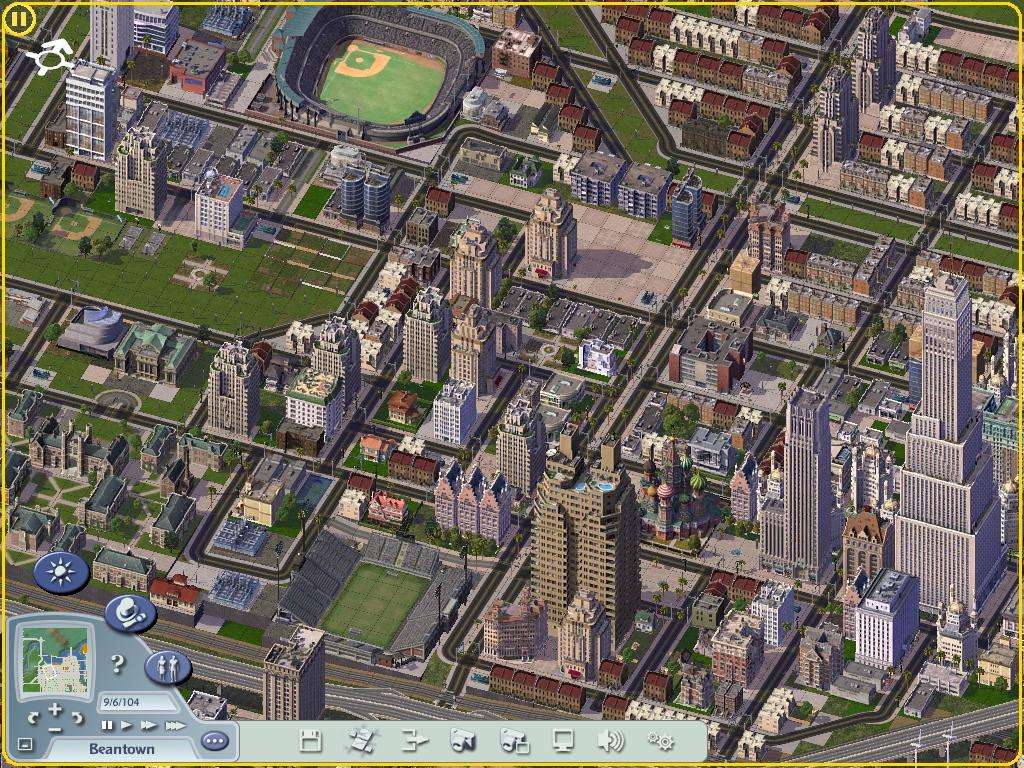 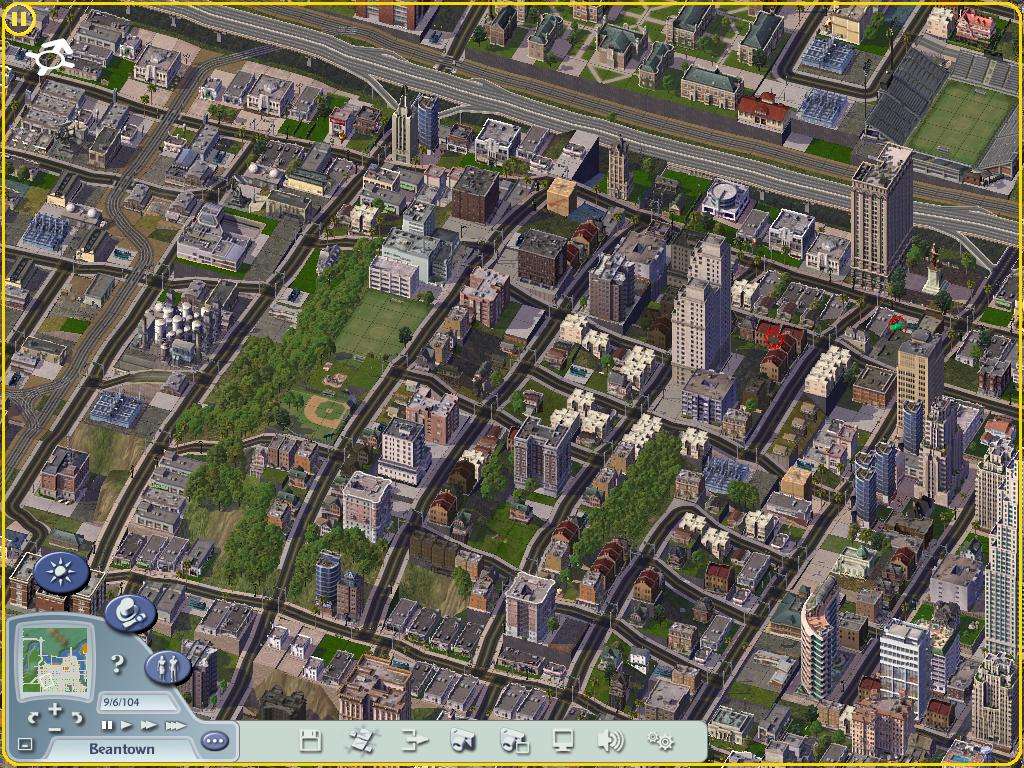 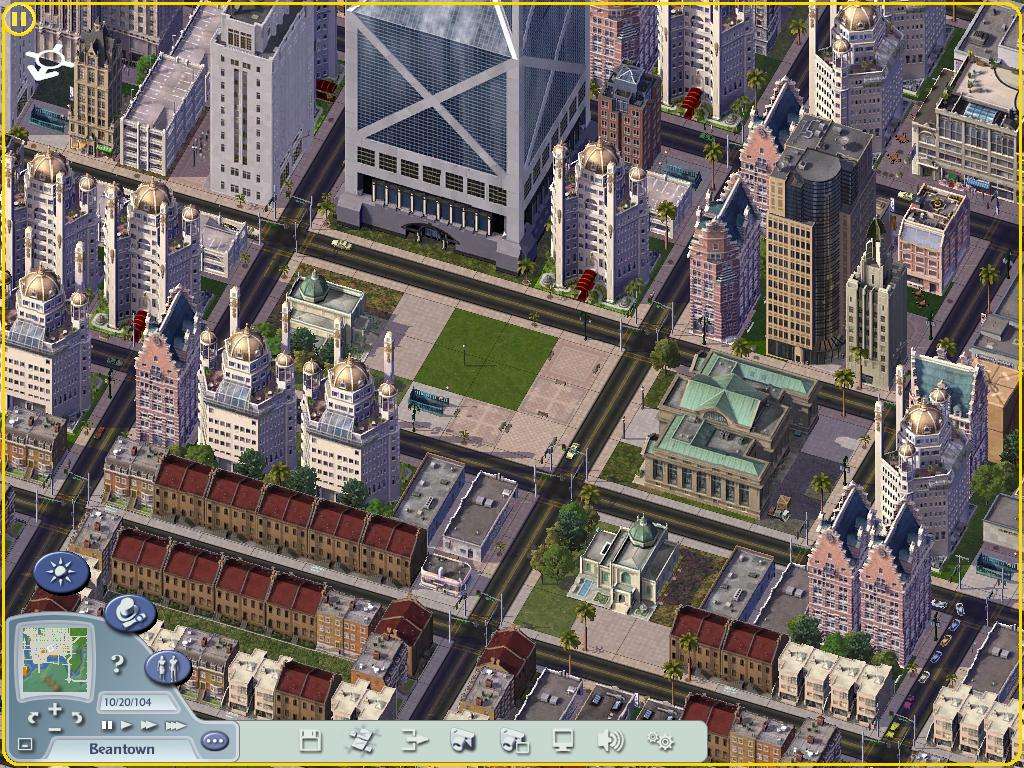 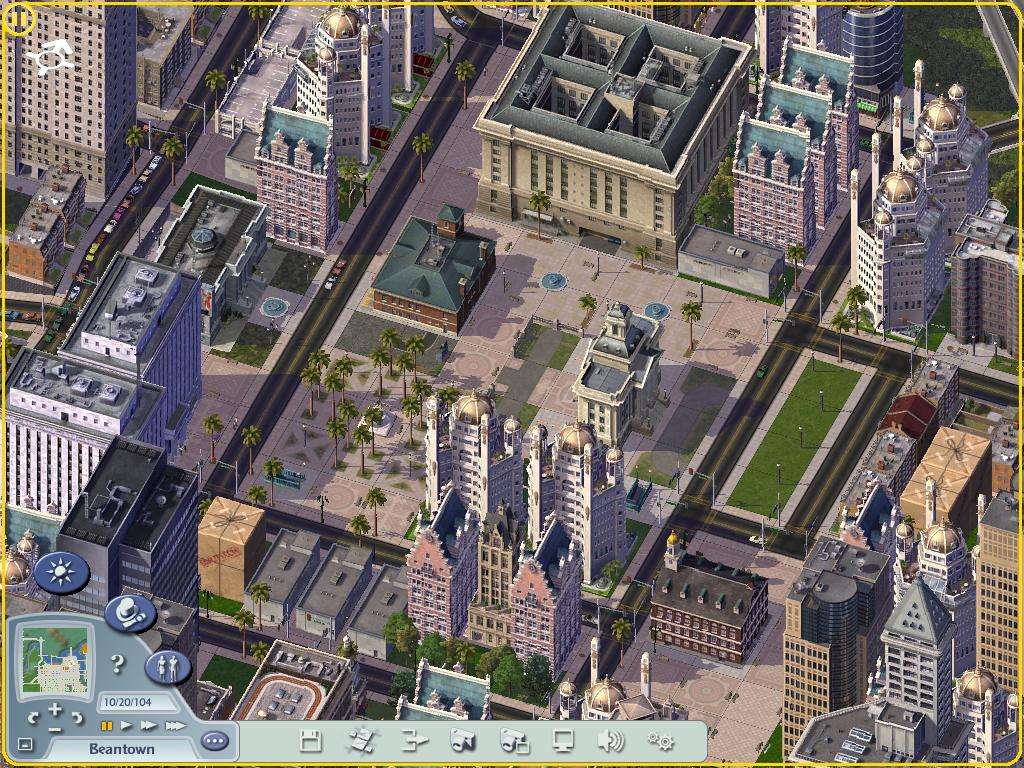 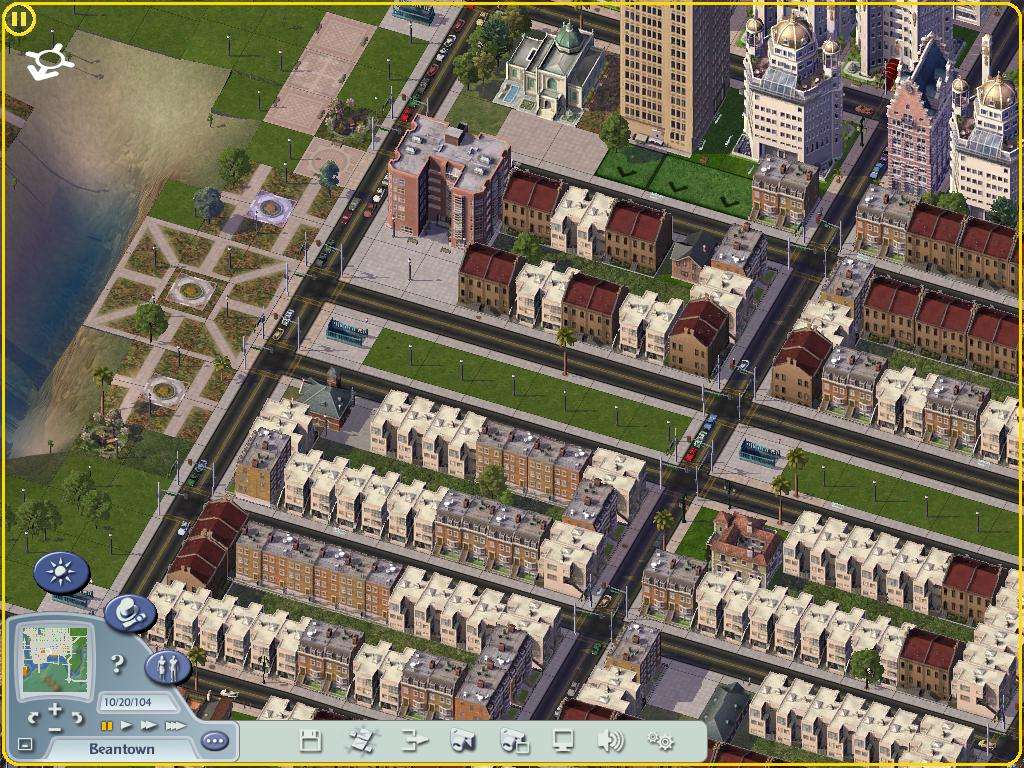 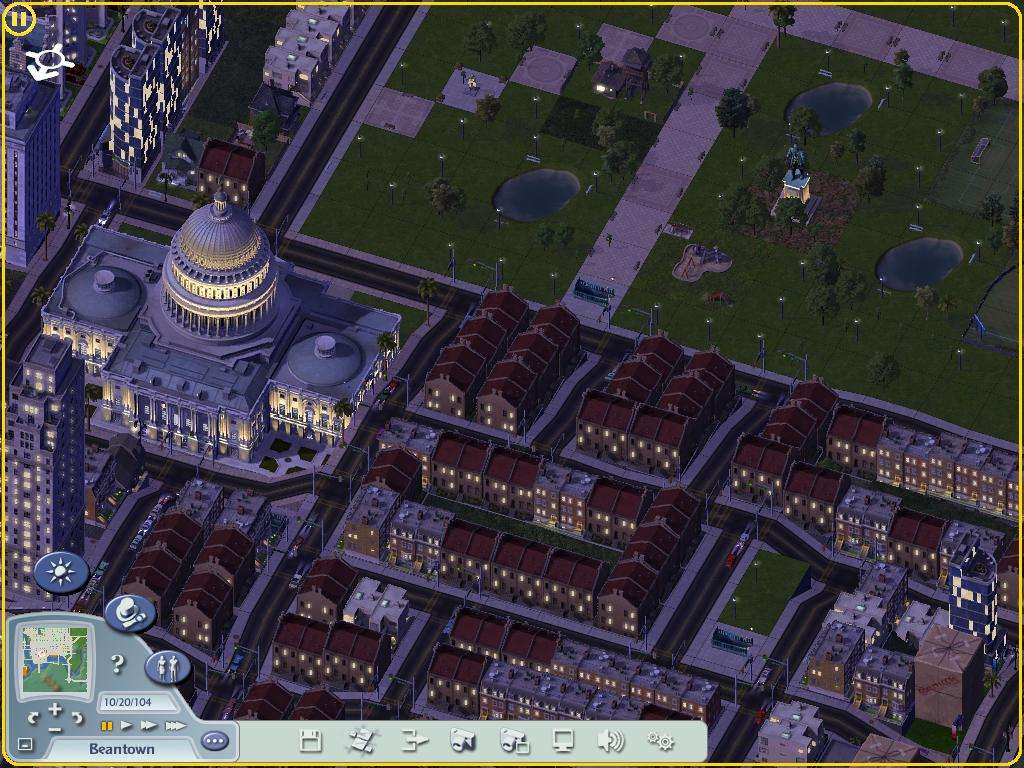 MFA and NEU, and the Guggenheim makes an appearance too 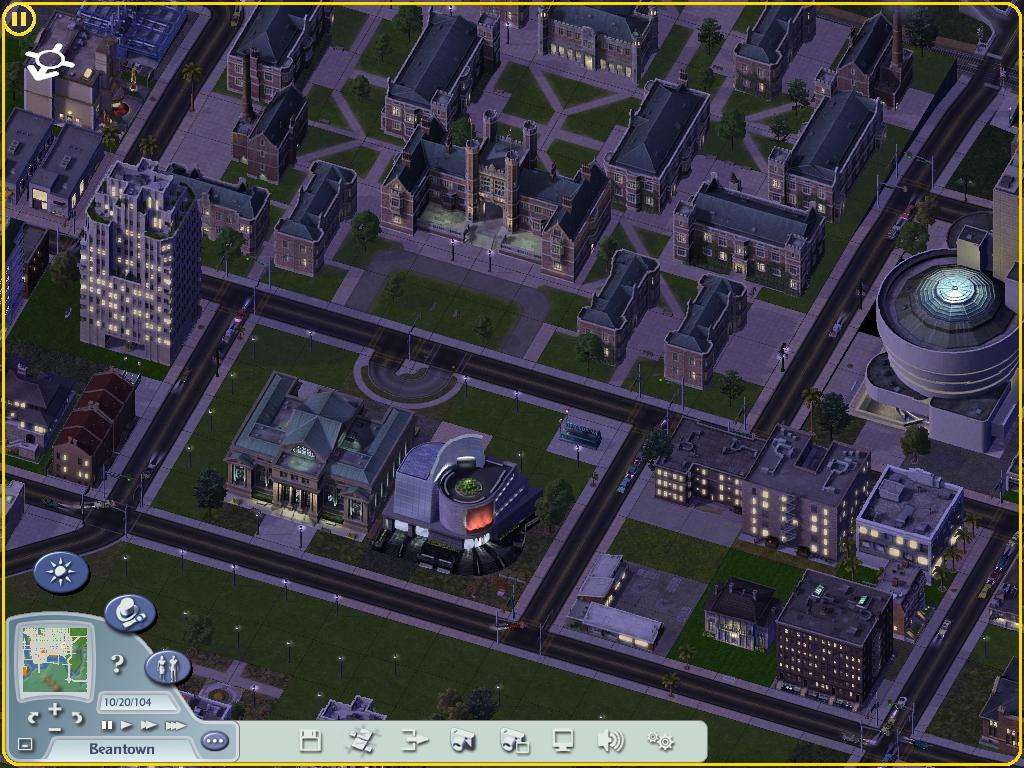 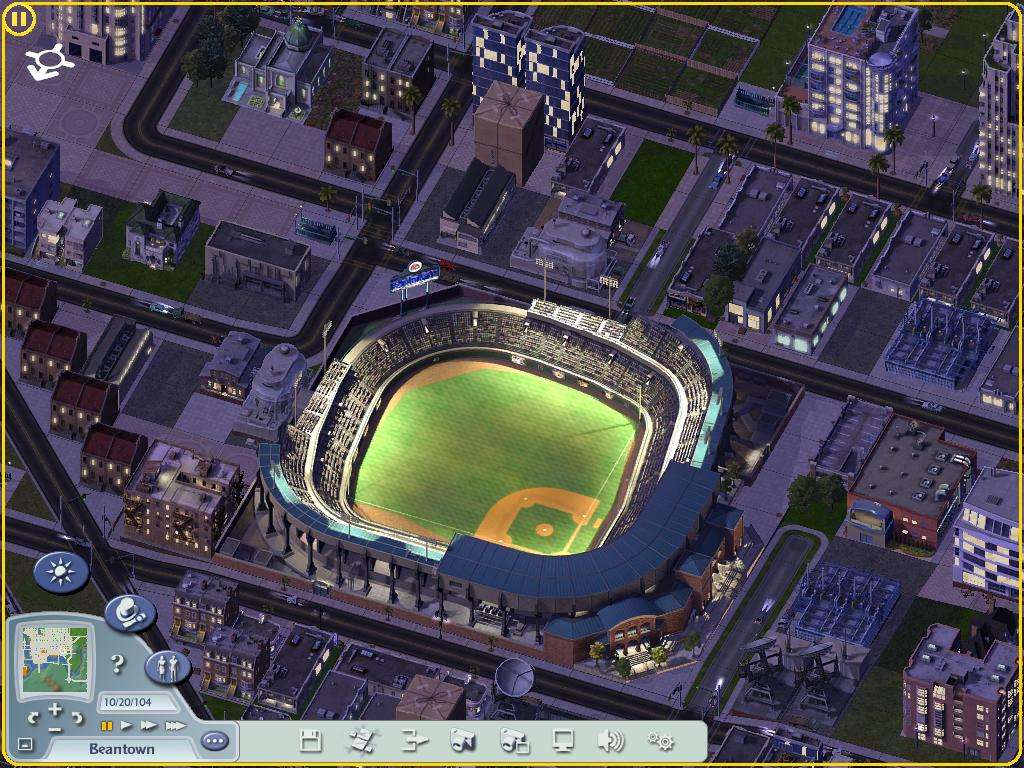 And the last one. Hope you enjoyed and assuming I get some responses, I'll update it as things progress 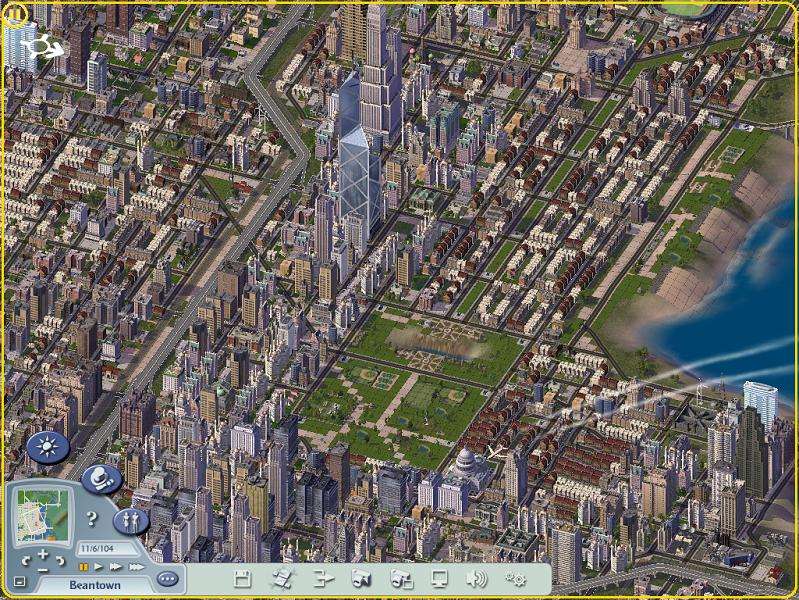 Wow, good job creating Boston. It's not an easy feat in that game. I tried doing that once but it crashed and burned. What is the population of "Beantown"

And I thought Mesaville, my city situated on a series of towering mesas, was booming...

Lexicon, I believe the population is somewhere around 160,000 right now. But don't feel bad -- this is using some of the "mods" from simtropolis. I got tired of creating cities that wouldn't grow any further than 60k, and so I downloaded some of the "increase commercial/industrial demand" mods that more or less directly boost residential population. And most helpful of all is the "Godfather Project" which gives me $10,000 a month from my fairy mafia godfather and allows me to have a virtually uninhibited budget. I don't do this all the time, but with this city, I'm going for realism to the real Boston over what is realistically possible otherwise in the game. I have 10 other cities in my region already that were mostly done without mods, to be fair, but with this one I say money is not an issue -- I want my own virtual Boston!

And what fun it is trying to straighten out all of Beantown's roads to 90 degree angles. It requires a lot of imagination and reckless abandon towards many landmark places to make things work.

not bad at all!
B

Awesome! Do you have an underground view of the T?

Not right now, but I could take one. But the subway system looks NOTHING like the T. The fake one is just a big sloppy grid that covers the whole city. If I were to stick to the dinky T system (no disrespect meant), my city wouldn't be able to grow to its current size.

... you know, you could have put the highway underground, although that would only give you onramps on the above ground parts...

But I can't Merper. I have a Mac, and EA Games doesn't sell the SC4-Rush Hour combo for this platform, meaning I'd have to pay $100 for them individually whereas a PC user gets it for only $50 -- no thank you scumbags. And thus I'm stuck with the rudimentary transit choices only.

you know what i'm talking about then?

its not an option to build an underground tunnel.

Well technically it is possible to create tunnels in the basic SC4, but the option will only appear when going through mountains or other terrain features with a fairly steep slope. I believe I possibly could have done so IF I created Boston on a plateau long before I created anything else (impossible now) and started a highway at one end of the land mass and ran it to the other, but then that wouldn't allow for turns, cloverleafs, or on/off ramps which thus defeats the purpose of the highways altogether.

Trust me, I've gone over what I could do to make things as realistic as possible given what tools I have. My friend has Rush Hour (he of course owns a PC) and he shows me what he's done, and all I can do is salivate. But IMO it isn't worth it, 3 years after the game was introduced, to now go ahead and get all the add-ons. SC5 will be out before we know it.
H

So apparently this was on reddit a couple of days ago and now NPR ran this across my facebook page:

Should note that archBoston is mentioned throughout the article.

Haha yeah whodathunkit? I have no clue how this started but all the sudden I have an email from NPR asking to interview me.....???? Oh internet!
M

My favorite part is that Cambridge is a vast empty wilderness.

^ As I recall I never got around to doing Cambridge on account of a hard drive crash happening not too long after I got Boston proper built. It almost makes me want to fire up the old laptop (the game's too old to run on the new one) and start a new Boston from scratch--with a more imaginative name that "Beantown"--but I probably won't, heh.

PS I love the snarky, Onion-like tone of the title....."Man With Too Much Time On Hands Builds Fake Boston, Internet Suddenly Gives a Shit Half a Decade Later."
C

Your found fame first through your band and now this. Isn't this like lightning striking twice in the same spot or something like that... And I consider myself lucky if my mother remembers to call me on my birthday.
C

Does SimCity 4 still have the advisors, and can you change their photos?

Commuting Boston Student said:
Does SimCity 4 still have the advisors, and can you change their photos?
Click to expand...

Yes, but I don't think you can change the photos (maybe if you use addons?).

I always ignore them. Such pains in the ass.

I have to say this thread inspires me to try my hand at Boston. I've always considered it, even searched for downloadable maps, but never went through with it. Just seeing Kz's good work tempts me.
You must log in or register to reply here.
Share:
Facebook Twitter Reddit Pinterest Tumblr WhatsApp Email Link