dshoost88 said:
Around the corner from that mural (cool find), I always love how the Birthplace of Benjamin Franklin bust and sign was integrated into the facade of 1 Milk Street. Don't look up, and you'd miss it!
Click to expand...

BronsonShore said:
Here's a few more that I'm guessing most of you are familiar with, but which I always incorporate in my tours to out-of-towners.

The purple window panes of Beacon Hill: A handful of houses still have them, and they're all a result of a manufacturing error by one particular English glassmaker which, between 1818 and 1824, used too much manganese oxide in the window panes it was shipping to wealthy Boston Brahmins: 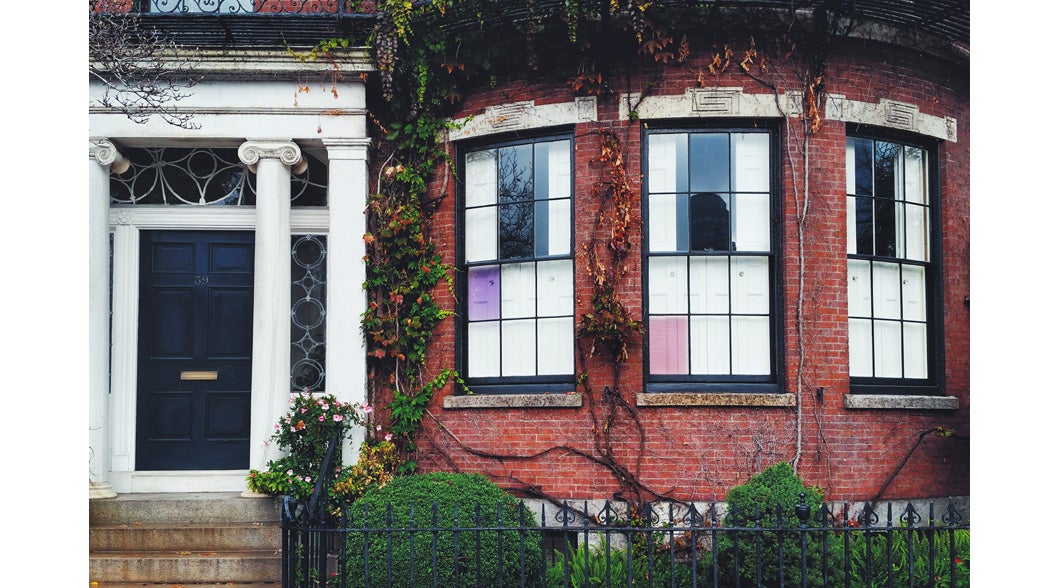 James Michael Curley's extended middle finger: 350 Jamaicaway looks like every other mansion surrounding Jamaica Pond and the leafy estates of Brookline across the water, with one notable exception: it has shamrock shutters. That's because the house was built by James Michael Curley, and the shamrocks were intended as a way for the Irish political class to mark its territory in a neighborhood where, previously, the only Irish around were there to cook and clean for the Brahmins. The single most ahistorical historical marker in Boston: A plaque on Memorial Drive in Cambridge, in front of the Mt Auburn Hospital, proclaims that site as the place where Leif Erikson landed in the year 1000 and built a house. This is despite the fact that there is no evidence that Leif Erikson ever set foot in Massachusetts. The plaque is a remnant of late-19th century anti-immigrant fervor. As waves of immigrants from Southern Europe in general, and Italy in particular, began entering the US, anti-immigrant activists tried to paint them as fundamentally incompatible with American society--people of a different race, language, religion, and cultural background who were lazy and didn't contribute to civic life. This was a hard argument to make, however, when part of America's foundational myth centered on its discovery by an Italian, Christoforo Colombo. Thus, many wealthy WASPS began to circulate the idea that the Vikings, not Columbus, were actually the first European explorers to reach America. A Harvard chemistry professor named Eben Norton Horsford became particularly obsessed with the idea. He took a walk around his neighborhood one day, found some unusual looking rocks on the bank of the Charles, and, with no further inquiry, declared that the rocks were remnants of a Viking settlement. It wasn't true then and it's still not true now. 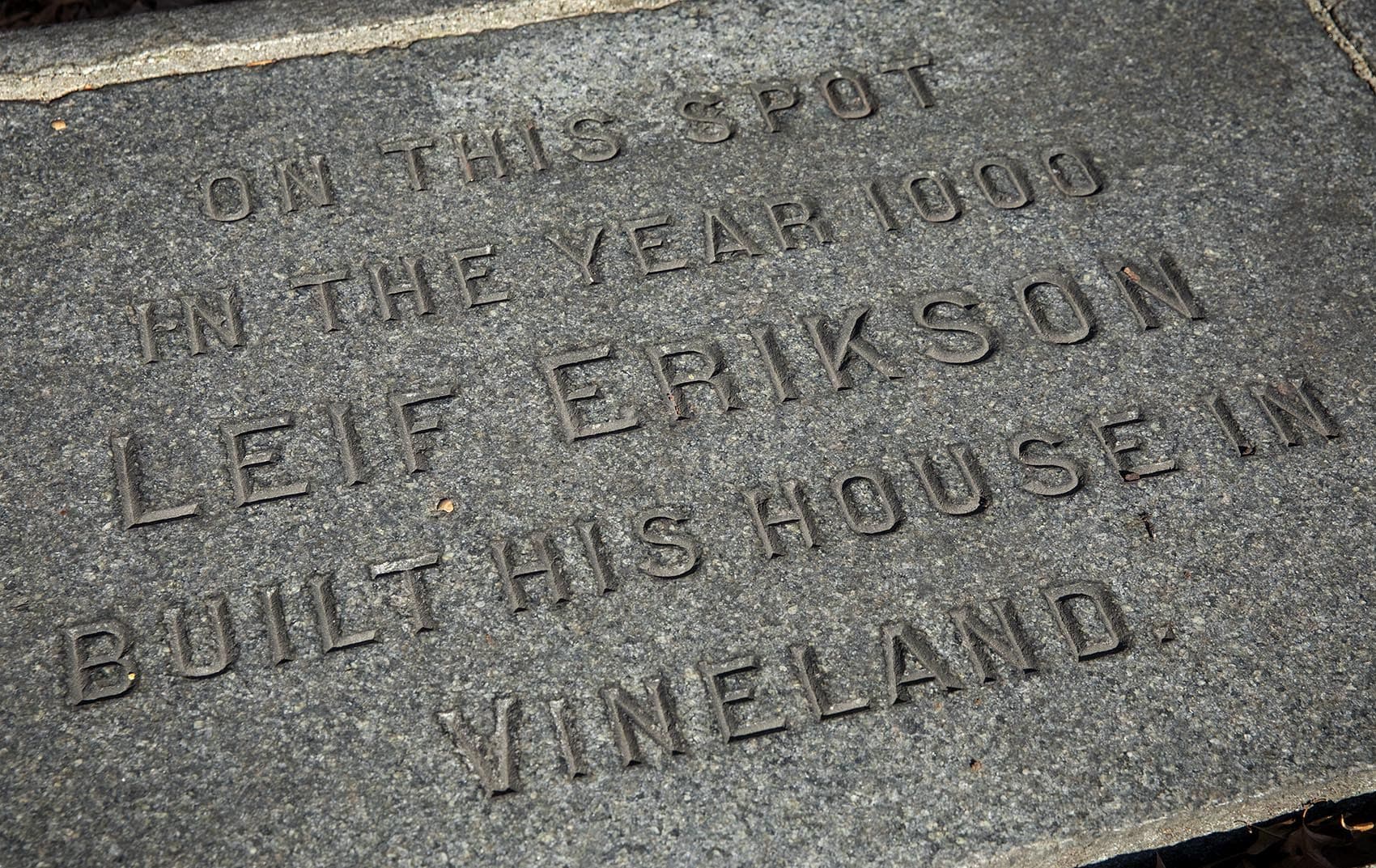 An ahistorical historical marker that is nonetheless wonderful: A tiny, business card-sized plaque on the Anderson Bridge near Harvard marks the spot where Quentin Compson, racked by guilt about his sister's pregnancy and the post-war decline of both his family and the Old South, commits suicide in Faulkner's The Sound And The Fury. The plaque was originally installed in secret, by a small group of Divinity School students who gathered on the bridge on what would have been the 55th anniversary of the fictional Compson's death. For decades, no one knew who put it there. Then in the 80's, the mother of a Washington Post reporter who loved Faulkner and had attended Harvard, mentioned the plaque to her minister, thinking that he would find it interesting in light of the fact that he'd attended Harvard as well. As it turned out, he'd been the one who originally put it there. 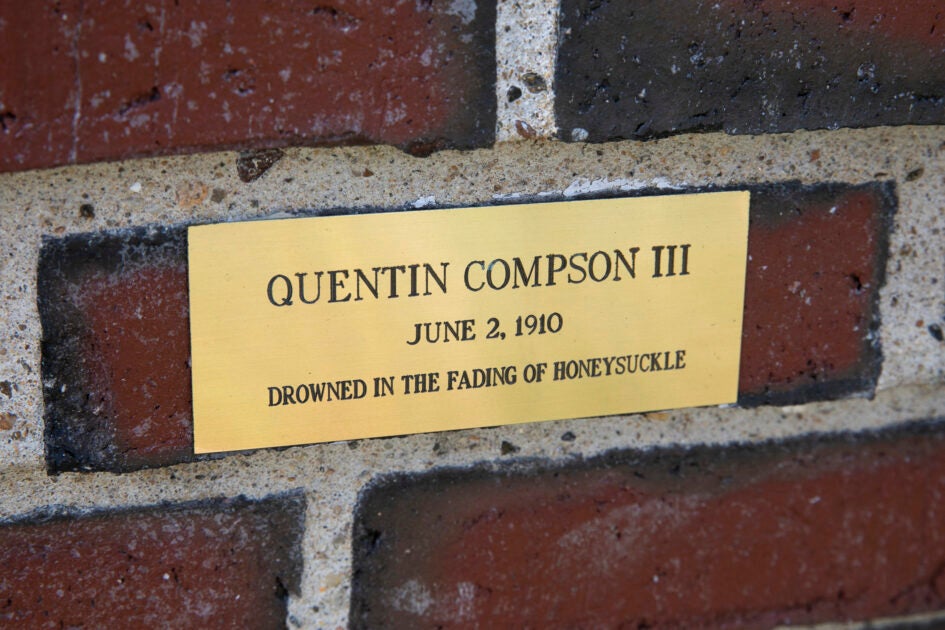 1.) The absolute fraud Leif Erikson historical plaque by Mt. Auburn: one time, when I was living in jolly old Central Square and frequently jogged past Mt. Auburn, I spied that plaque and was both livid and flabbergasted by its existence. I wrote an e-mail to the Cambridge Historical Society about it, complaining about its obvious bulls--t nature, and they printed it in their next quarterly newsletter with some nice contextual background such as you supplied.

2.) Quentin Compson plaque at the Anderson Bridge--my grandfather was born in rural NW Tennessee in 1901. Birth was merely recorded in the family Bible. Confederates in the attic. He escaped the Depression-wracked South, though... and ended up teaching Faulkner in college. (His students loved it when he read aloud and deployed his Tennessee drawl--which I'm sure he dropped in all other instances.) I tried "Sound & The Fury," I really did--but I just couldn't plow through it.

3.) 133 Federal Street: it has been claimed, probably on this forum?, that the "Y"-shaped trusses on 133 Fed. were Paul Rudolph's tribute to his alma mater.
B

Here are three audible Easter eggs:
The top of the escalators at 111 Huntington. Stand in the middle of the floor beneath the concave ceiling and your voice gets magnified back at you.
Then there is the Mapparium down the street at the Christian Science Church where you can whisper on one side and someone can hear you 20 feet away.
Aaaaaand the Beirut Memorial in the North End where if you stand in the middle and face due south the same compressed audio effect happens.
S

Heres a cool one, theres a piece of the Berlin Wall in front of the education first hq in Cambridge 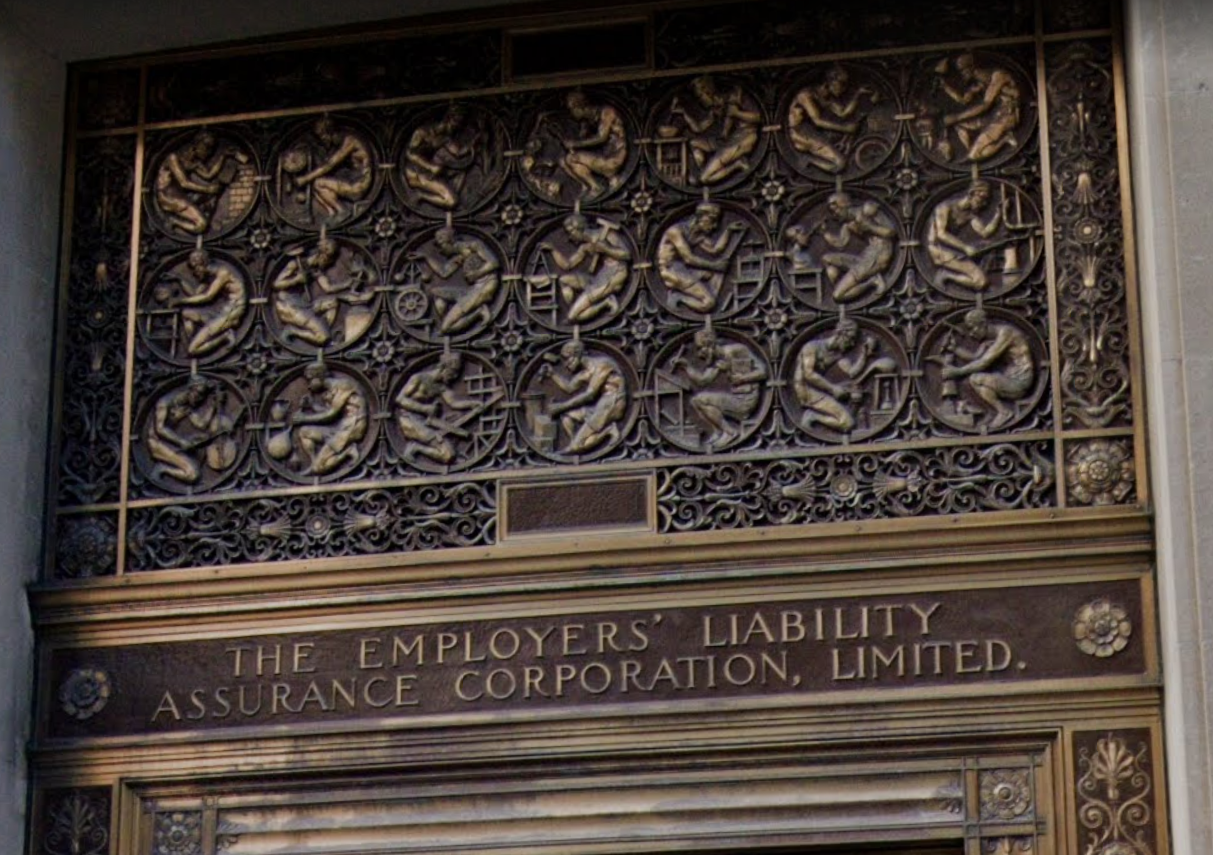 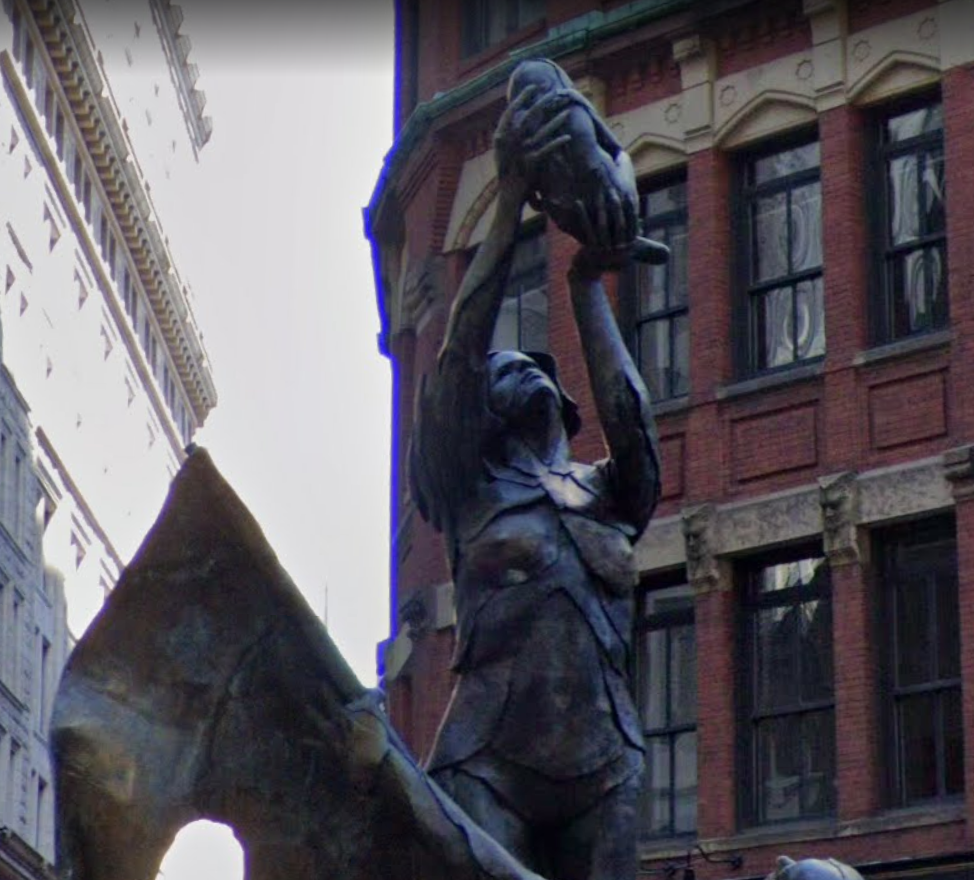 If you love shirtless men or the feeling of shallow relief, get it in brass or stone here.

I love this thread idea, and I don't have a great picture to contribute but someone probably does. The bridge over the Mass Pike for the Washington Street elevated Orange Line still has the overbuilt extensions where the supports would have been. 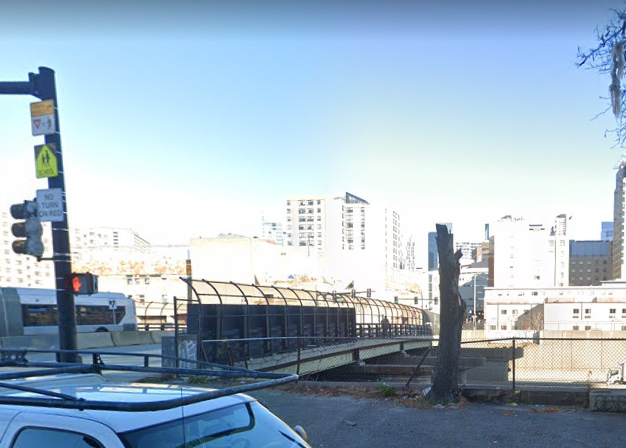 Here's a small one that I like to bring up sometimes.

The friezes of MIT's Main Campus' buildings are engraved with many notable names: Aristotle, Newton, Plato, Pasteur, Lavoisier, Faraday, and dozens in between.

During construction, supposedly Apollonius of Perga was misspelled as Appolonious. The man who discovered this engraved typo wrote a letter to MIT notifying them of the misspelling, and it is the only remaining account of this error, apparently still kept in the MIT Institute Archives.
D

Last one for a while--as noted upthread, this is a great(ly addictive) thread to have launched, but I've *got to cut back* for a while:

2.) The archipelago of the proto-MWRA--the old Cochituate & Sudbury Aqueduct system. As this nonprofit organization urges, take a hike to explore it!

Here's what the system looks like on its way to Newton Center/Mason-Rice school playground. Here, at the edge of Mason-Rice, is a pump house that appears to be the exact junction spot where the Cochituate & Sudbury lines merged, if I'm reading Google Maps right.

Of course, certain aspects of the old Cochituate/Sudbury system are spectacularly conspicuous and not at all "Easter egg"-like--such as the Chestnut Hill Reservoir and the fantastic Waterworks museum immediately adjacent to it.

For all of the infamy, ridicule, and tarnishing of brand reputations that Boston & the MWRA suffered in the lead-up to the construction of the Deer Island sewage treatment plant, it's worth remembering that Boston was at the absolute vanguard, in the mid-19th century, in terms of developing a 100% pathogen-free municipal drinking water system for millions of residents.

When was the last time a metro Bostonian died of a waterborne disease? 1845 or so I'd guess?
3

BronsonShore said:
The single most ahistorical historical marker in Boston
Click to expand...

I love this one lol.
S

I feel like this one has been brought up on this site prior, and there's no reliable sources that I can find, but apparently Independence Wharf "accidentally" constructed an additional floor during construction, and they had to compensate with the publicly accessible observation deck that's there today. This one I question a little - how do you end up with more steel, curtain wall, etc., than you designed and budgeted for? Or if it was intentional, how do you expect the city to not realize you constructed an additional floor? 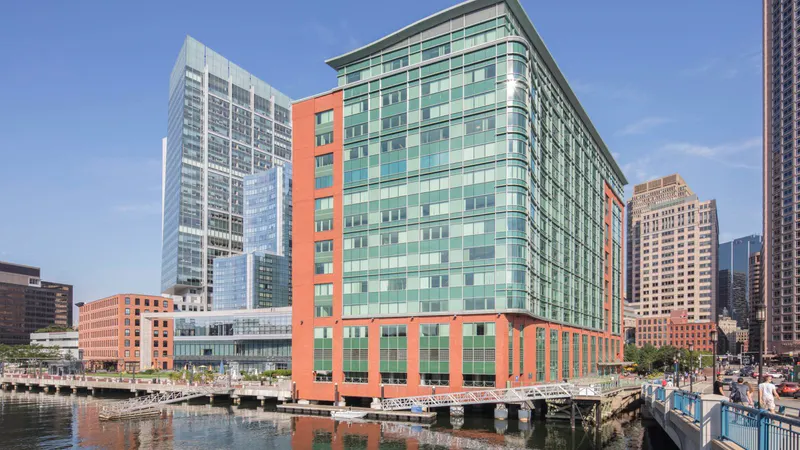 Has anybody visited lately? Not sure how they're operating with COVID and all...

I definitely know someone mentioned this, so I'll just say I'm reposting this into this thread--

The building at 801 Boylston Street across from the Pru has these decorative facade panels that resemble spotlights. The building at 801, built around 1997-1999, was specifically meant to be a Planet Hollywood, but due to some unforeseen consequences, it never ended up opening up. These panels are a remnant of the building's previous intent.

stefal said:
I feel like this one has been brought up on this site prior, and there's no reliable sources that I can find, but apparently Independence Wharf "accidentally" constructed an additional floor during construction, and they had to compensate with the publicly accessible observation deck that's there today. This one I question a little - how do you end up with more steel, curtain wall, etc., than you designed and budgeted for? Or if it was intentional, how do you expect the city to not realize you constructed an additional floor?
View attachment 18734

Has anybody visited lately? Not sure how they're operating with COVID and all...
Click to expand...

Went there recently. It may not be tall but the views are absolutely beautiful. Even on weekends, the people running the lobby desk will let you in, if you want the observation deck. 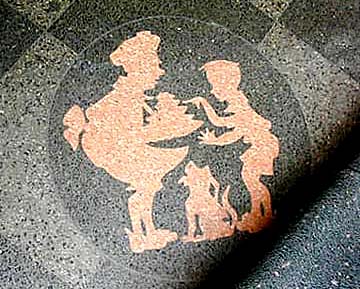 I always dug the Simple Simon and the Pie Man terrazzo inset under the mat near the front door at the Uno's in Kenmore, leftover from when that space was a Howard Johnson's restaurant. Hope it survives renovations.
N

A couple others coming to mind:

1. The Theater under the Steinway Building.
2. The old RKO theater in 616 Washington which has been cut in half. 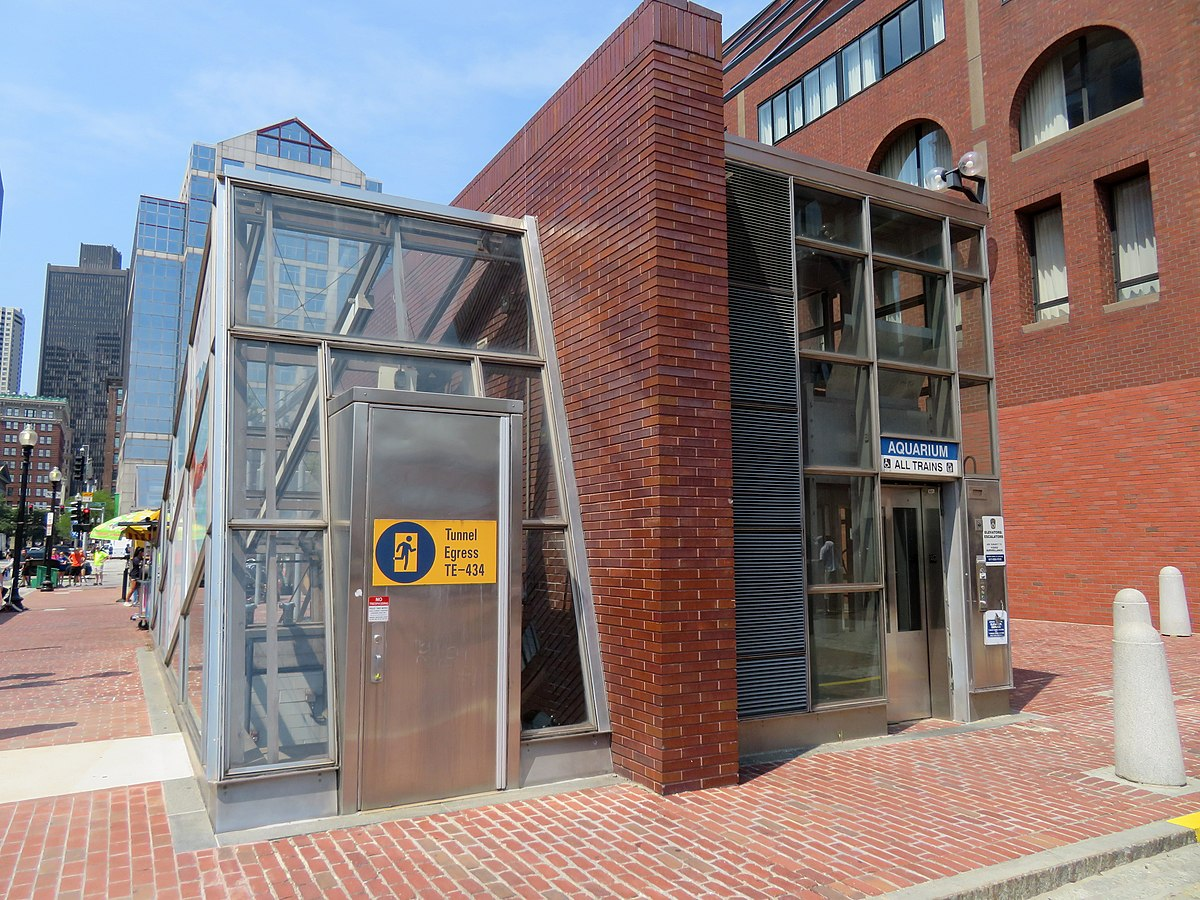 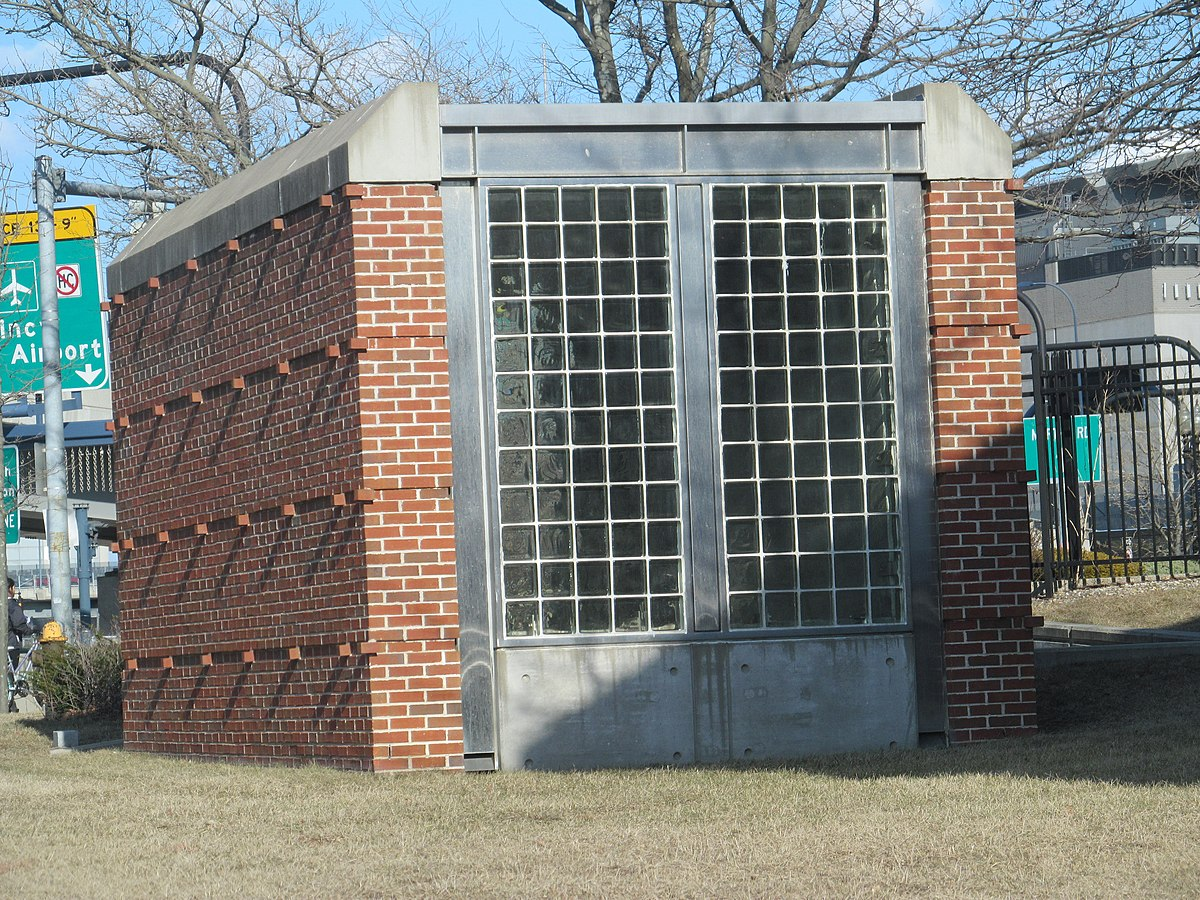 Another remnant of the Big Dig: this remaining pier of the Charlestown High Bridge 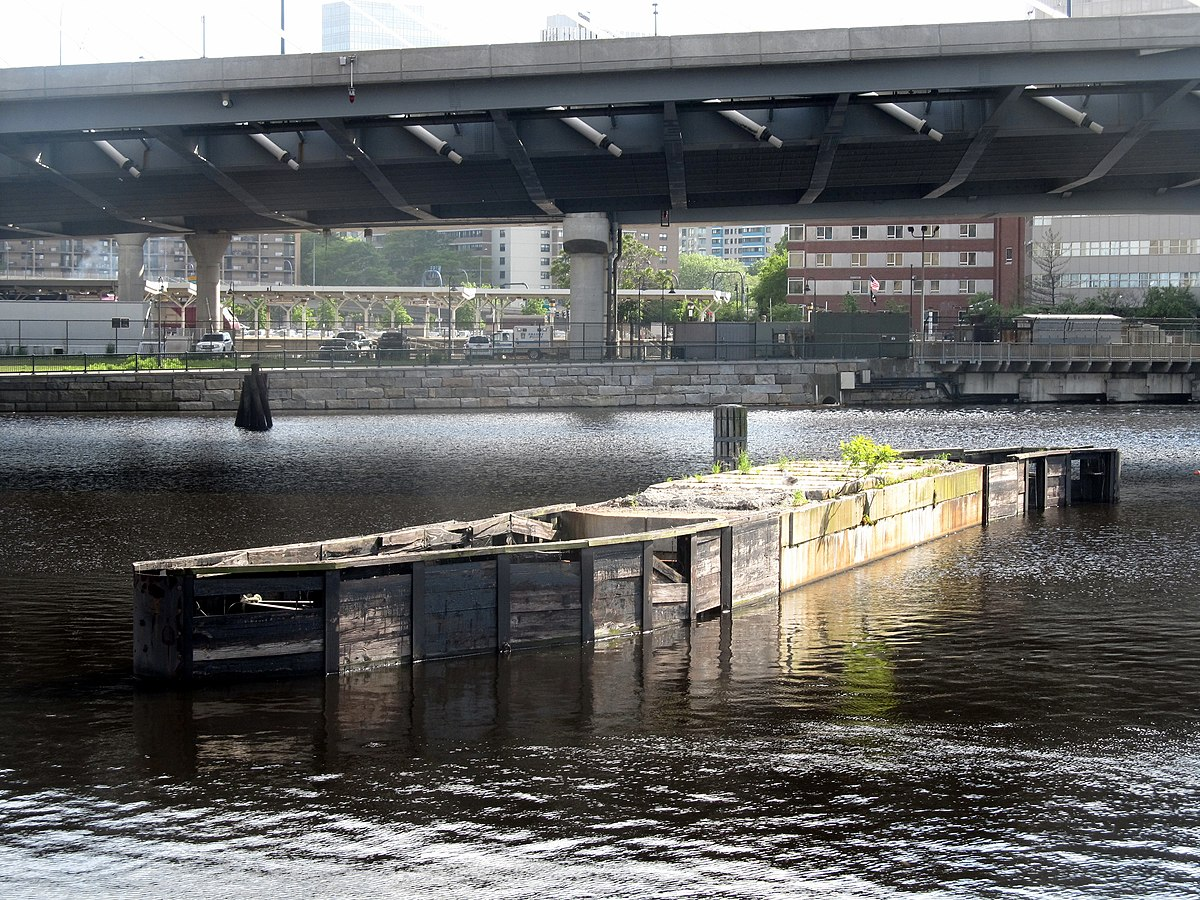 Another one: Netherlands Road in Brookline has a rather peculiar background.

It is named after the house located at 20 Netherlands Road, aka the Dutch House. It was originally designed to mimic a town hall building in the Netherlands, the 1591 Franeker Town Hall in Friesland. It was constructed in Chicago for the 1893 World Fair by the Dutch Van Houten Cocoa Company to sample hot cocoas inside while perusing Dutch art and decorations. Captain Charles Brooks Appleton of Brookline loved the house so much he bought it from the company and paid for it to be dismantled, shipped, and rebuilt brick-by-brick in Brookline, on what would become Netherlands Road. 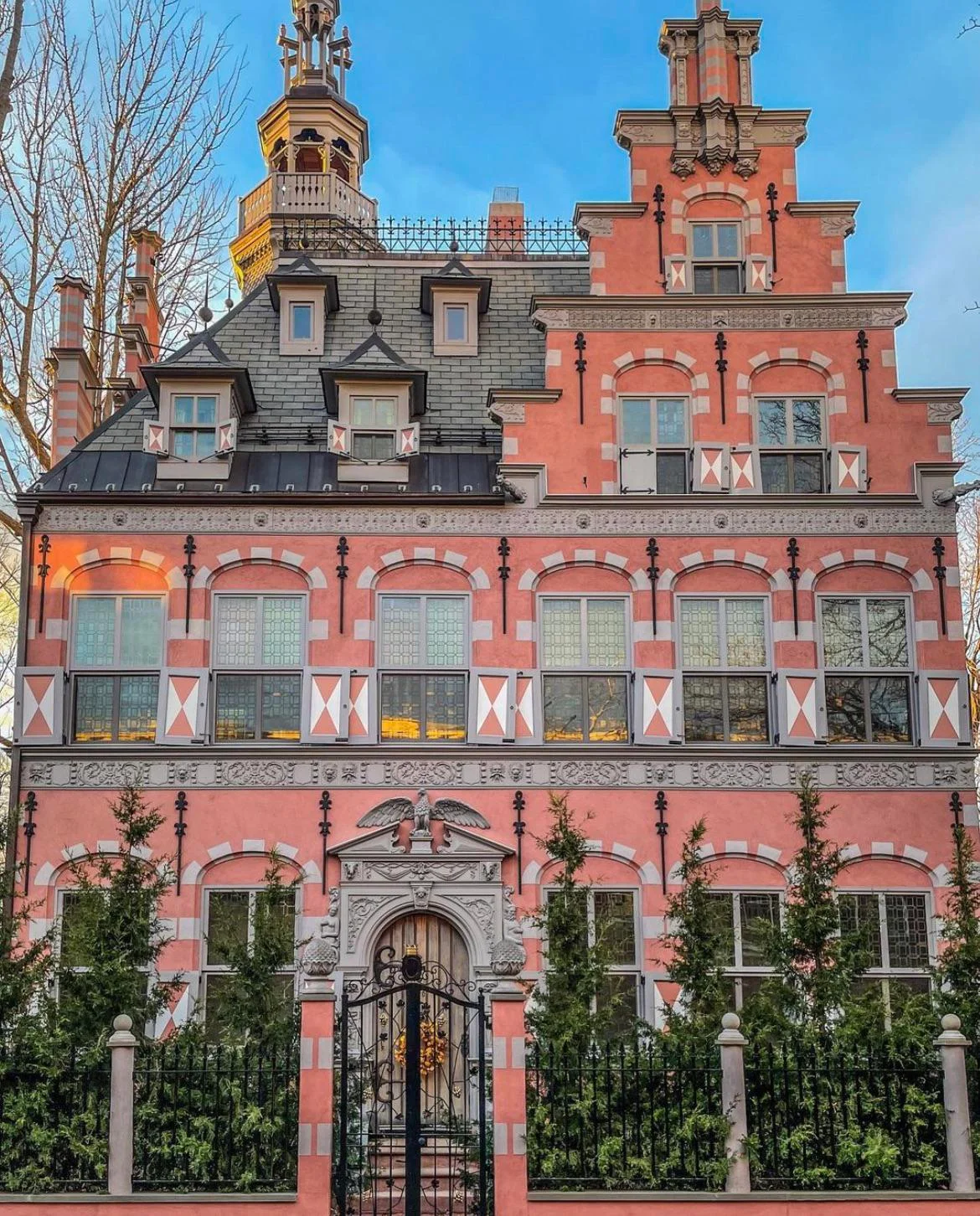 An original 1734 mile marker to Boston in Lower Mills/Cedar Grove on Adam's St.:

Left in the fence of Olmsted's Dorchester Park. It reminds me of how sad my commuter is almost 300 years later - so close, yet takes so long. Some things never change, I guess.
Last edited: Nov 11, 2021

stefal said:
Has anybody visited lately? Not sure how they're operating with COVID and all...
Click to expand...

Still open. I work in this building. Haven't been up to the observation deck in a while, but my daughter met me for dinner a couple nights ago and she was hanging out up there until I got off work.

Your story about the extra floor and the deck is true to my knowledge. It was definitely intentional, but I have no idea how it took the city so long to figure it out. When it first opened you could go up there, and the entire 14th floor was open to the public. They were forced to stop construction on the office space up there and for a year or so, the doors were not secured and it was just filled with piles of construction materials. You could just go in and walk around.
You must log in or register to reply here.
Share:
Facebook Twitter Reddit Pinterest Tumblr WhatsApp Email Link