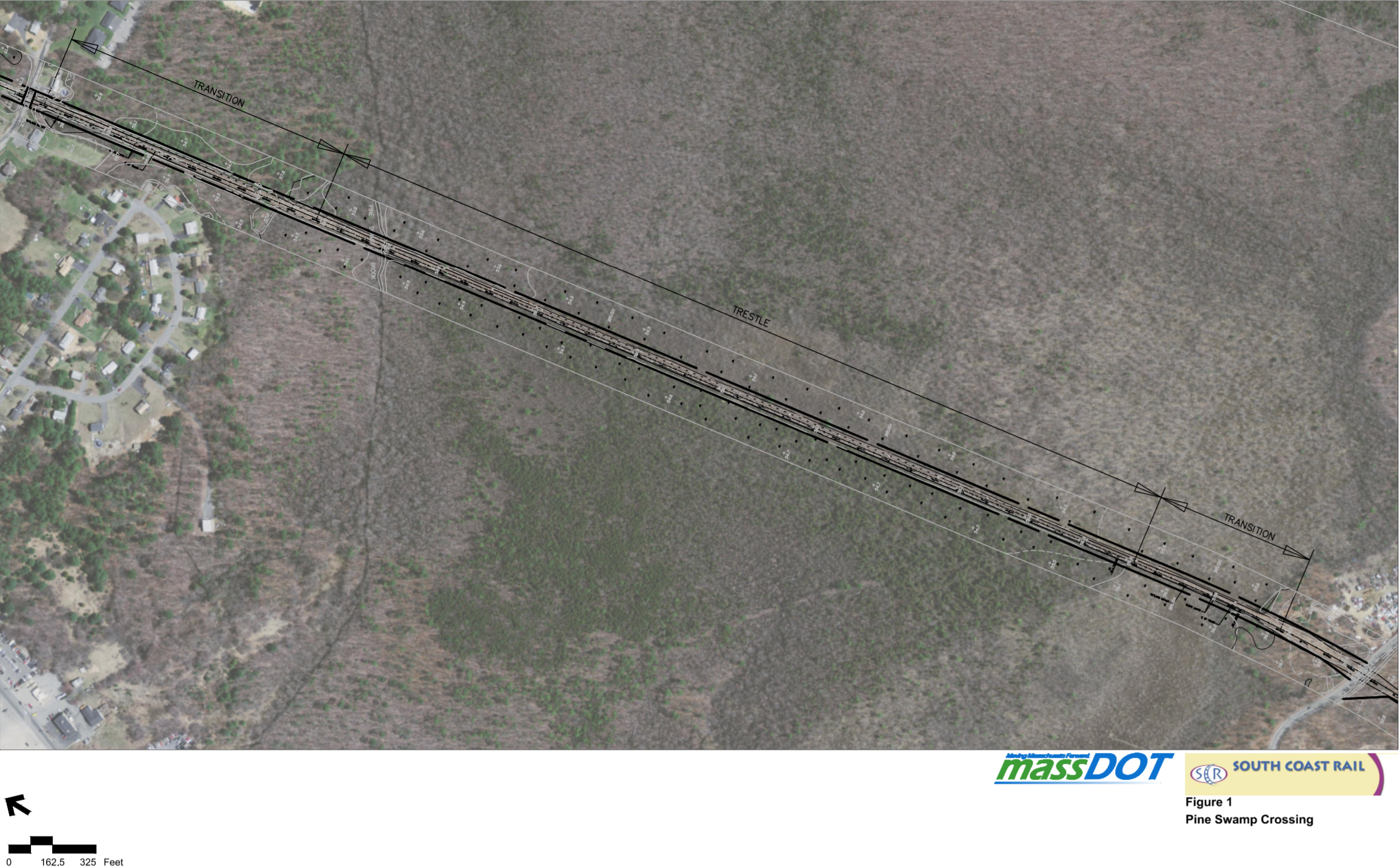 Pine Swamp is a small (relative to the Hockomock) wetland ecosystem that is not recognized as an ACEC or Important Bird Area. It does not have extensive vernal pool complexes adjacent to the existing elevated embankment or track bed, and does not support state-listed salamanders or turtles. The only state-listed species present is a butterfly (Hessel’s hairstreak). The area immediately adjacent to the existing embankment is a power line where invasive species (Phragmites) have become established.
Click to expand...

It is useful to compare Pine Swamp with the Hockomock Swamp to establish the justification for the extraordinary expense of an elevated trestle structure, at more than ten times the cost of at-grade rail. The South Coast Rail Project includes a 1.8-mile trestle through the Hockomock Swamp. The decision to elevate the track in the Hockomock Swamp was based on discussions with the Natural Heritage and Endangered Species Program staff during the prior MEPA process, and was an important mitigation commitment made in the 2002 FEIR and upheld by MassDOT in the current design for impacts on state-listed rare species.
Click to expand...

The trestle through Pine swamp was proposed to cost $50 million, as opposed to the $5 million cost of rehabilitating the existing embankment.
S

While researching the project history, I came across the 2009 corridor plan. It called for substantial mixed-use (re}development around basically every station save Battleship Cove (and Easton Village, which would have adaptive reuse of the historic buildings). And I mean substantial - here's what would replace a storage facility and trees in Freetown... 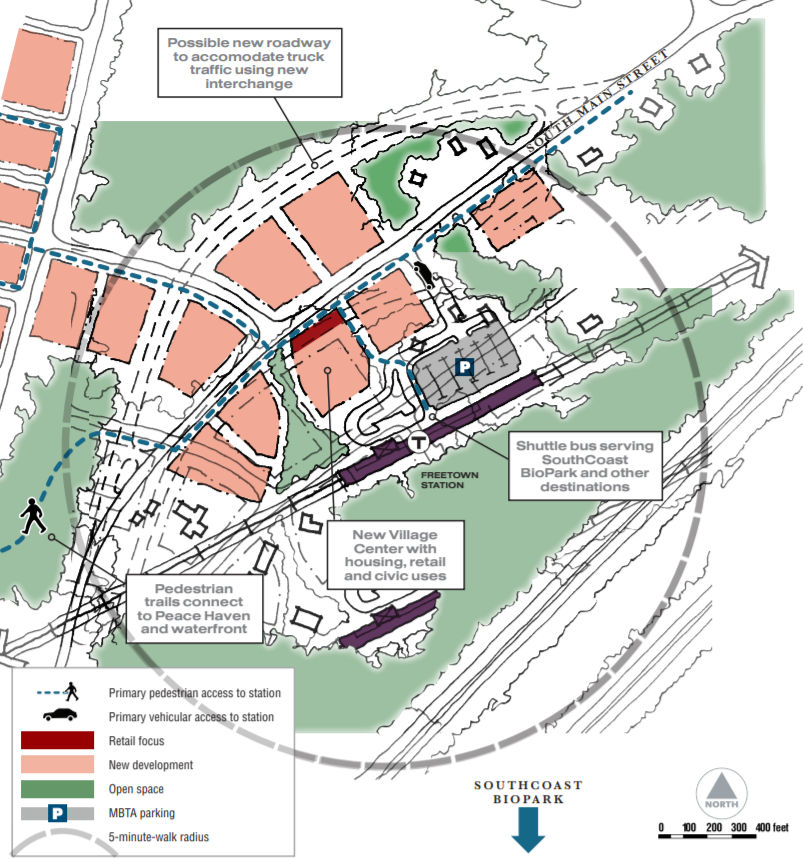 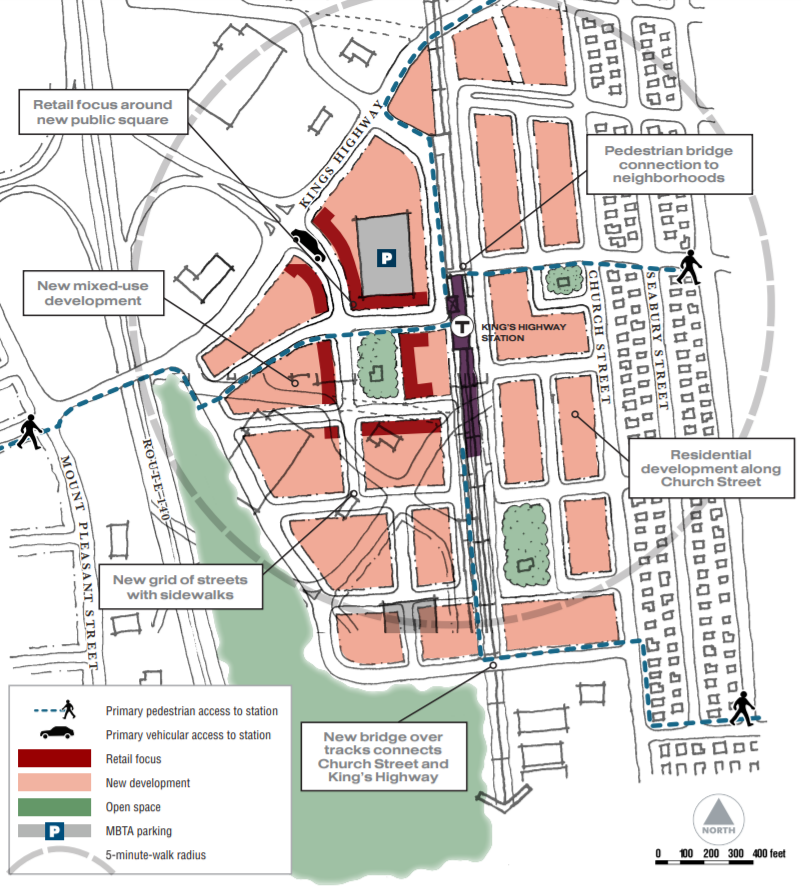 While there certainly are arguments to be had about the greenfield development at Freetown, and whether the service would really support enough TOD to allow low/no-car living, it was certainly an ambitious plan. It's also why the ridership projections at that time (especially before the Army Corps fucked over the FEIR) were so rosy: the project was supposed to be more than just parking lots on dead-end streets and behind strip malls.

And on that depressing note, here are my photos of construction progress. 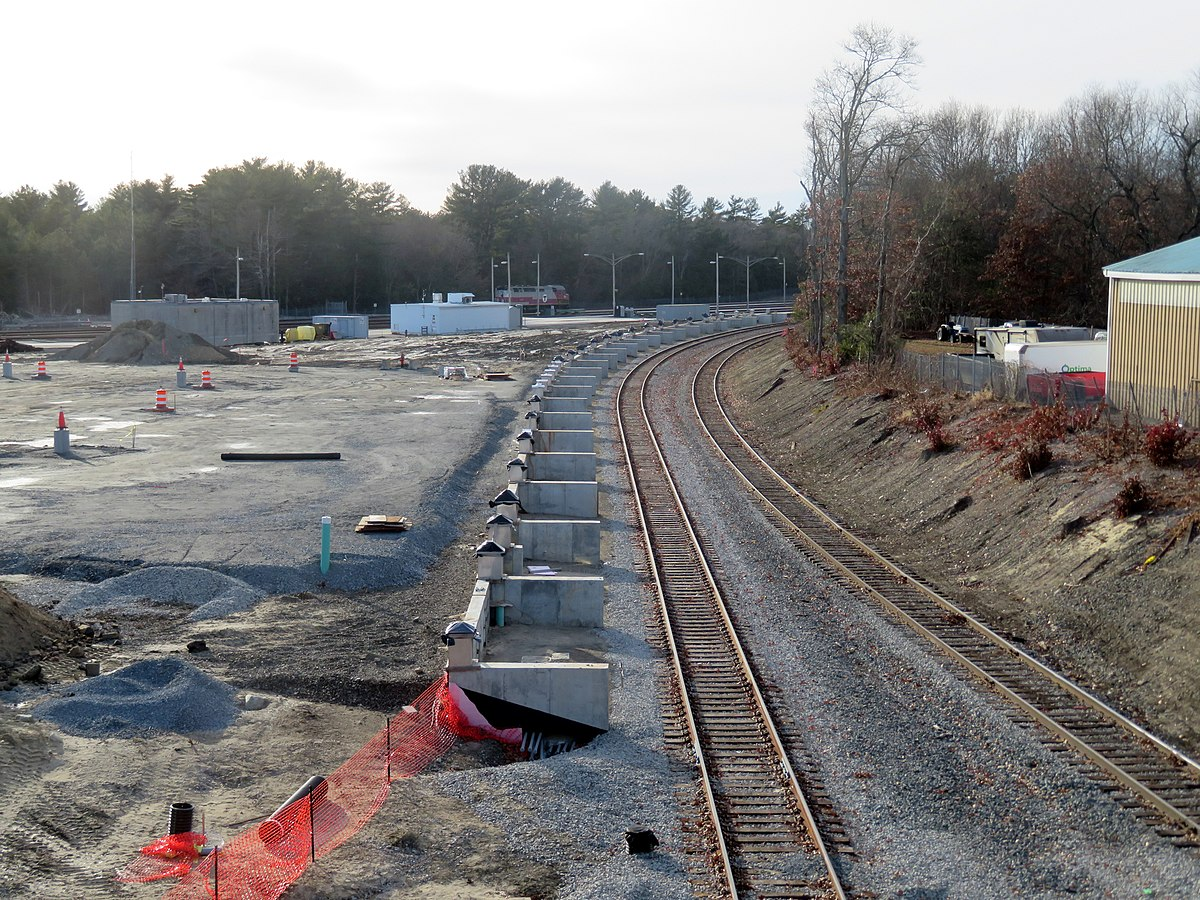 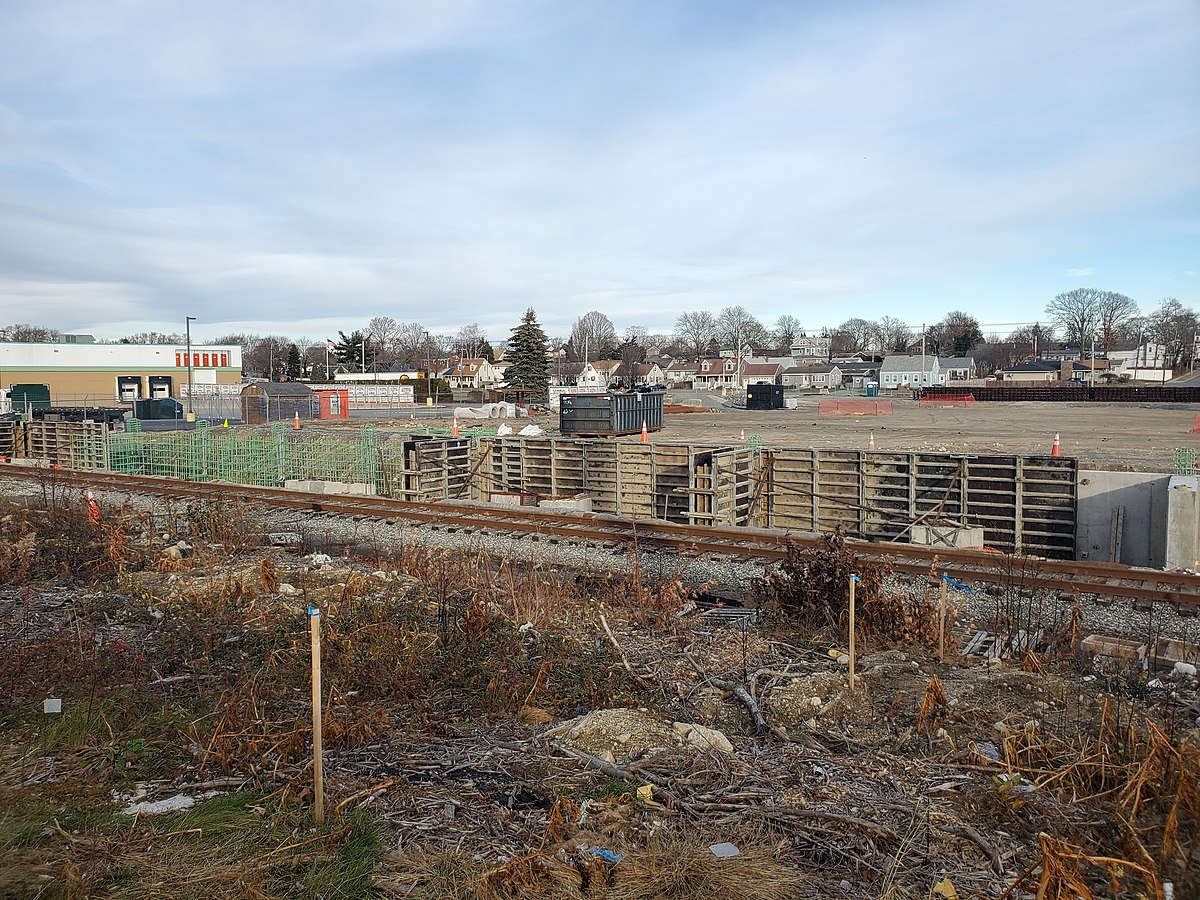 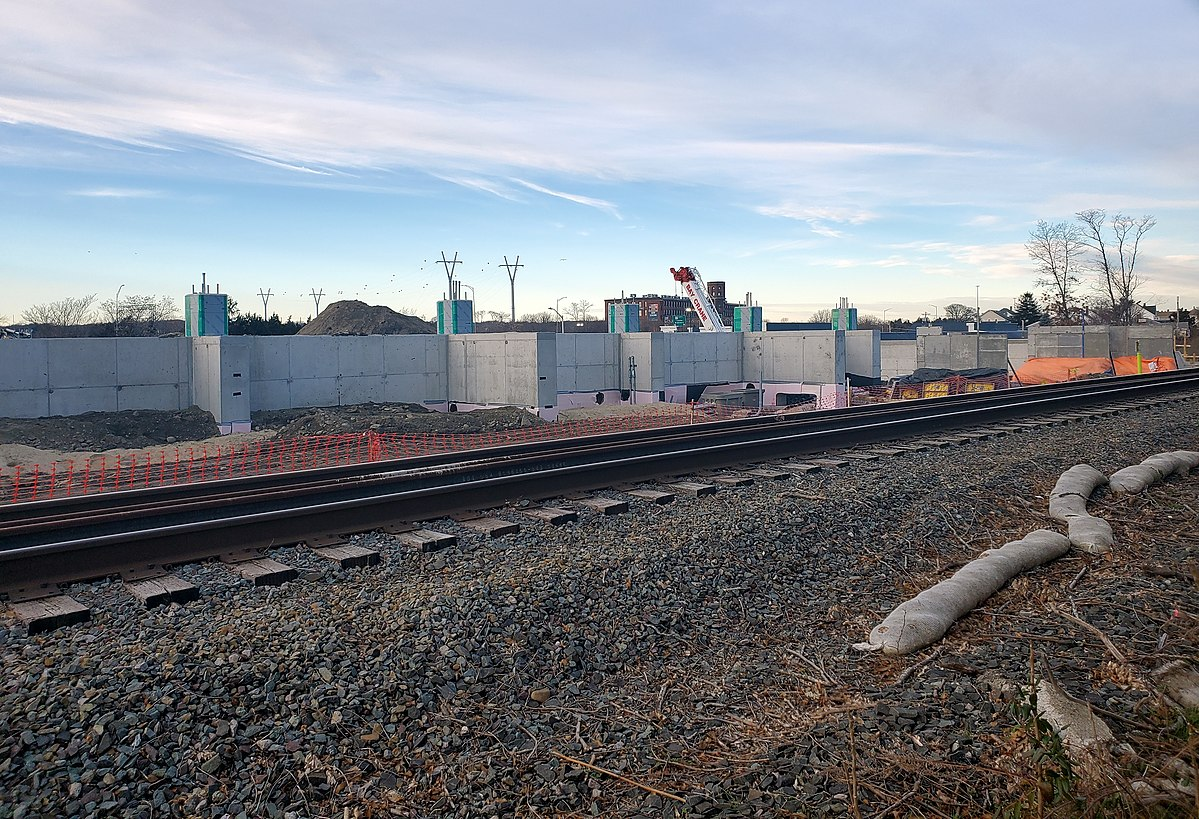 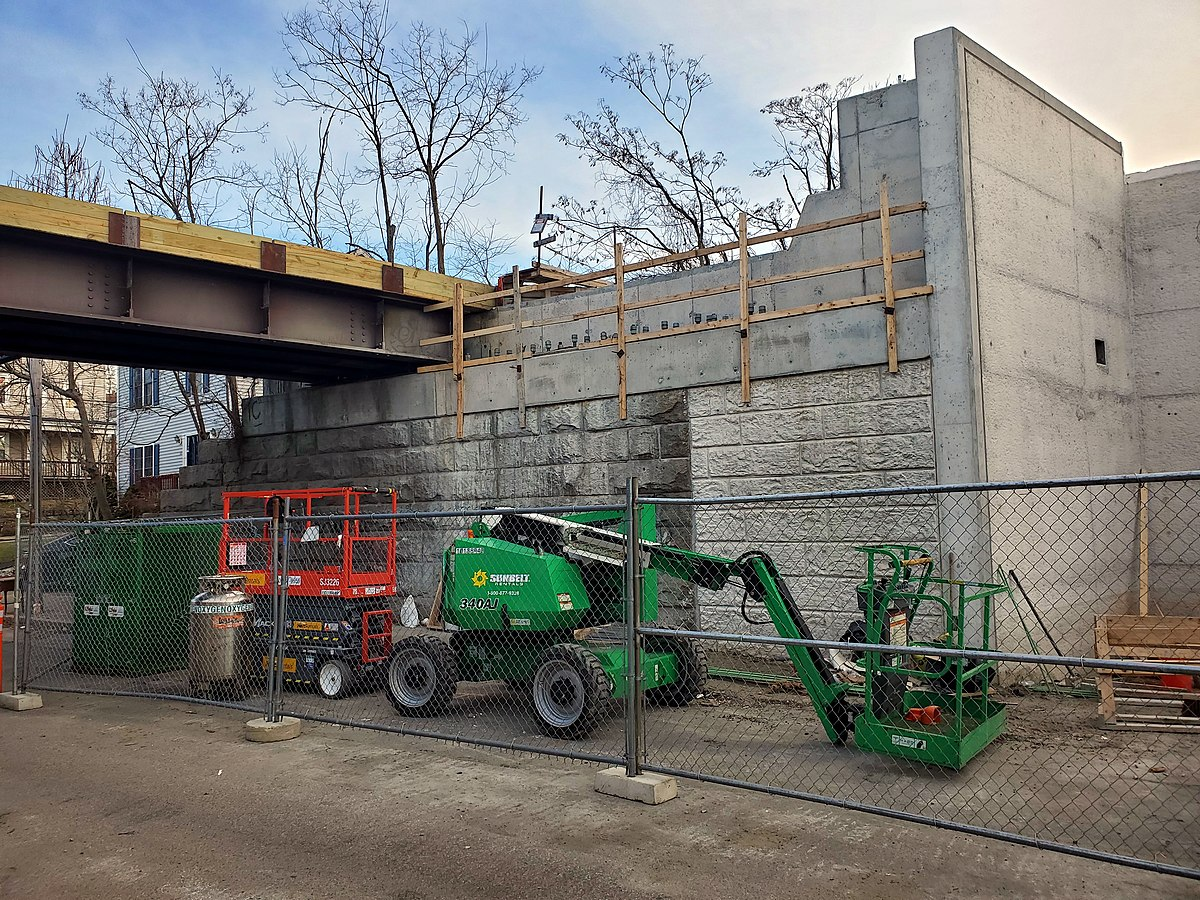 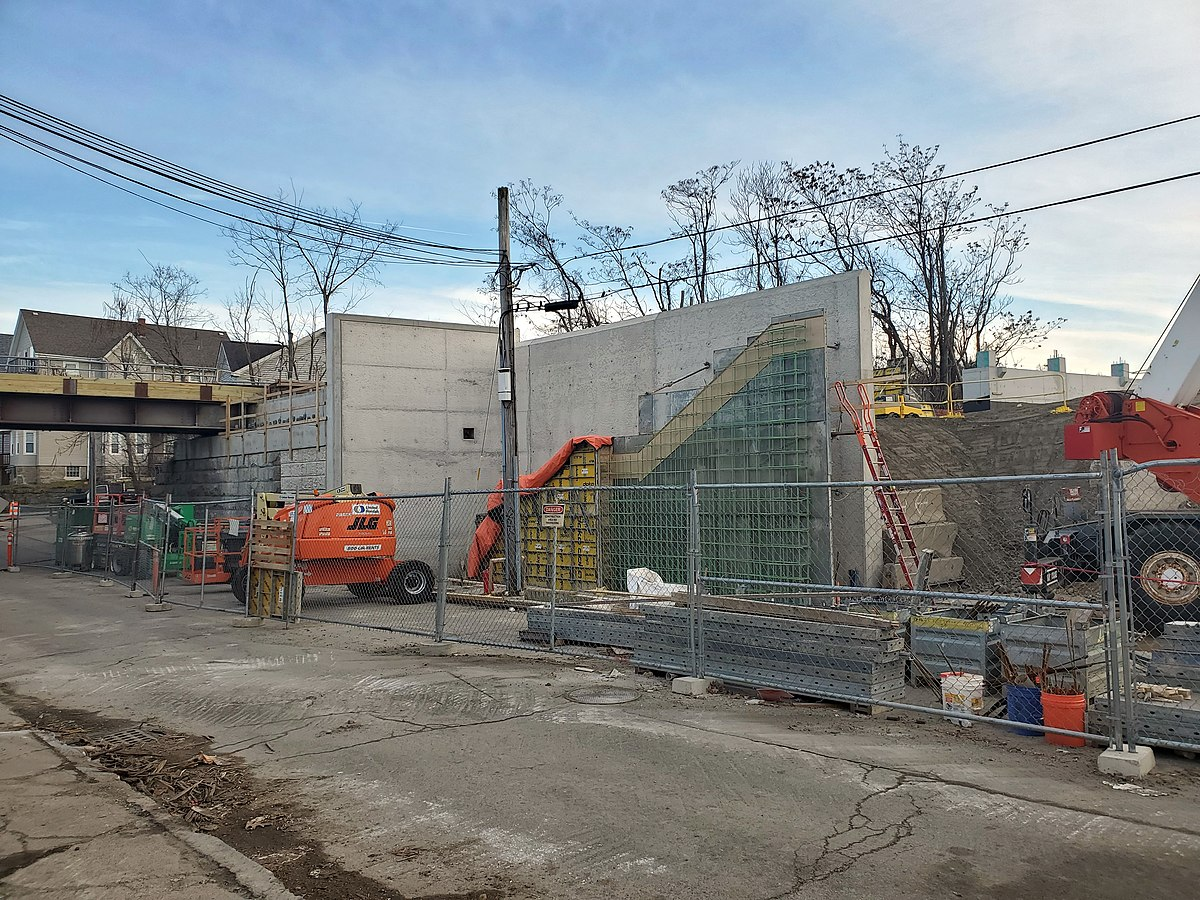 New Bedford had no visible construction progress, the access road to East Taunton is behind a locked gate, and I sadly didn't have time to see Freetown.

Bonus: the old Lakeville station on Route 18, last used for rail service in 1931, was recently restored - and I saw a Facebook post indicating that a railfan has rented it. 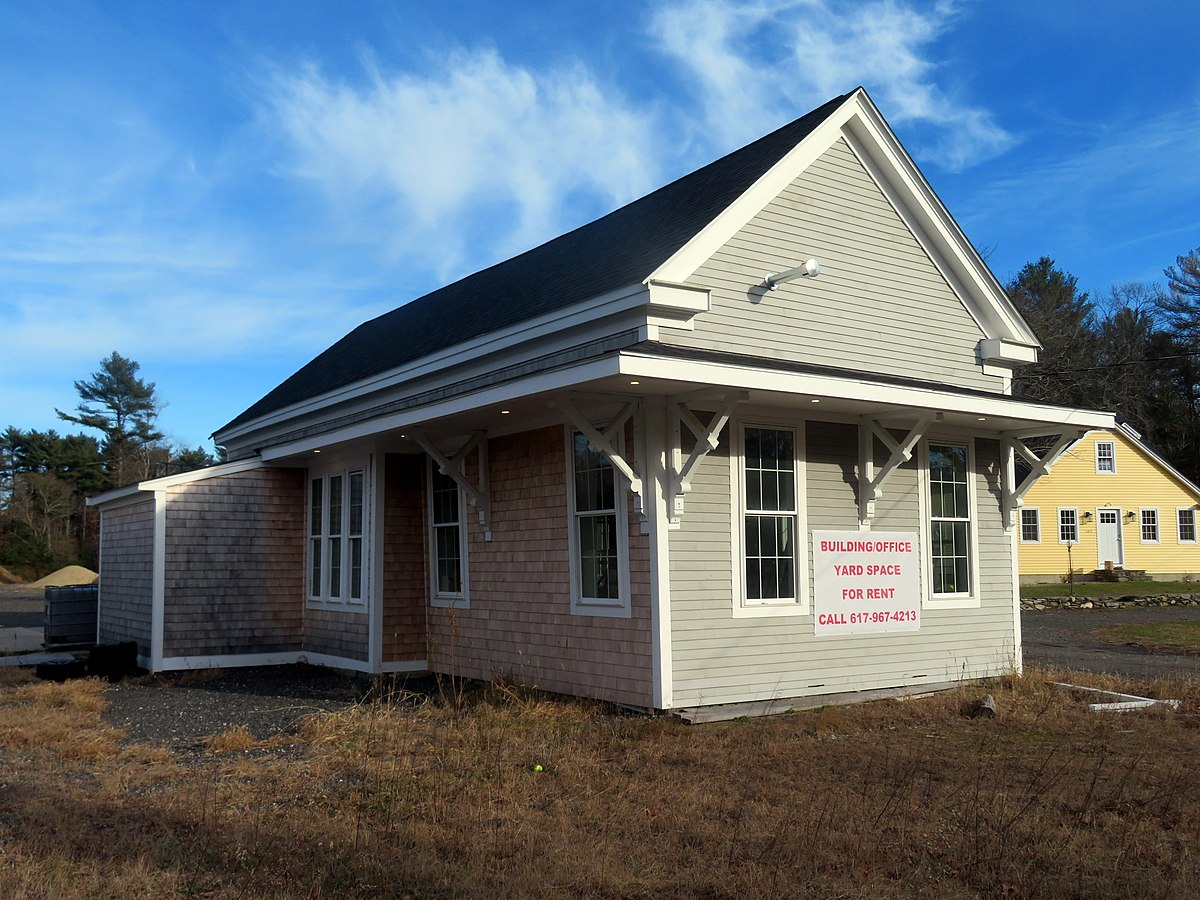 More depressing is the fact that daily commuter rail service is being removed from the existing Middleborough/Lakeville station to accommodate SCR phase 1. Hundreds of residential units were built near the station since it opened in 1997 (Sterling Place Apartments and Kensington Court Apartments). So much for claims the state is committed to transit oriented development.

OldColony said:
More depressing is the fact that daily commuter rail service is being removed from the existing Middleborough/Lakeville station to accommodate SCR phase 1. Hundreds of residential units were built near the station since it opened in 1997 (Sterling Place Apartments and Kensington Court Apartments). So much for claims the state is committed to transit oriented development.
Click to expand...

I have mixed feelings on this. I agree with you that through some lenses, this is not a good look for the state. As a developer, it would be in the back of my mind if I was considering a TOD proposal somewhere outside of the urban core. If I was a commuter living in either of those apartments, I'd be peeved too. The walk to the new location along 105 (past several on/off ramps) isn't exactly a pleasant one.

But I think the new location is generally a better one than the original. It's much better connected (fairly easy walk) to Middleborough Center which has pretty solid town center bones. And while you are moving further from Sterling Place and Kensington Court, there's a lot of existing residential development and reasonably good density within walking distance of the new location. It's really ideal for both people driving to the station (right off of 495) and walking from the densest part of the area (Middleborough Center).

And while I don't love the move away from Kensington Court and Sterling Place, those two developments were never the commuter hubs that they were advertised to be. For this region of the state, they're rare rentals outside of the bigger cities (FR, NB, Taunton) in a "safe" town with a good school district. They're largely sought after by families who live/work in the area and can't afford to buy a home. It's extremely hard to build rental units like these in a town like Lakeville and the station ("TOD!") was certainly the catalyst. But the market for rentals in these suburban communities is underserved and it's not all (or even mostly) Boston commuters snapping them up. I'm certain there are some commuters living there, but I rarely saw people walking over when I was regularly taking peak trains from Middleborough/Lakeville.

There's also not much walkable from those apartments - you still need a car to get groceries, go to the downtown shops, etc.
R

The EGE said:
There's also not much walkable from those apartments - you still need a car to get groceries, go to the downtown shops, etc.
Click to expand...

Stop injecting logic into this thread in the place of speculation or suffer the consequences!

The EGE said:
There's also not much walkable from those apartments - you still need a car to get groceries, go to the downtown shops, etc.
Click to expand...

I mean you do have Baldie's and Marylou's... what else do you need?!

I think the reality for "TOD" this far out of Boston (or any real urban center) is that most people will still use cars for much of their day to day. The big change will be not requiring a car for any part of the work commute (which is still a win). Having a grocery store and several other amenities (particularly entertainment) within walking distance is a plus. It's probably not true TOD, but that's what I think it looks like this far out. The new location checks most of those boxes. There are plenty of single family homes within walking distance to the station and a downtown with a handful of bars, shops, and restaurants easily accessible on foot. Technically you have a supermarket within a 20 or so minute walk from much of the Center, but getting to Hannaford is not a safe or enjoyable pedestrian experience. Most will opt to drive. Hopefully the new station location will trigger some development in Middleborough Center that will make it easier for residents to leave the car parked. But culturally, I don't know that this is the type of place that's going to embrace that change. It is pickup truck country after all.
T

I think that a realistic goal for outer TOD is converting nearby households to single car and further out folks to one car and one micro-transport of some kind(combo of bikes, ebikes and micro-cars) to reach the station
You must log in or register to reply here.
Share:
Facebook Twitter Reddit Pinterest Tumblr WhatsApp Email Link