The city of Hartford and its developer Thursday celebrated the start of construction of apartments, restaurant and entertainment space and parking around Dunkin' Donuts Park.

I've been reading Arch Boston for years. Finally decided to register. Thanks for sharing my Hartford Development FB group.
Z

Lots of varying opinions on this pro and con

Is it time to close Hartford’s Brainard Airport? Some see major development opportunity in 100-year-old airfield in the city. - Hartford Courant
F

zimbu said:
Lots of varying opinions on this pro and con

Is it time to close Hartford’s Brainard Airport? Some see major development opportunity in 100-year-old airfield in the city. - Hartford Courant
Click to expand...

It employs 360 people, and makes $45M in annual revenues. And it serves a corporate executive jet audience that the city's Insurance industry titans overtly say makes keeping corporate HQ in town more convenient...where the loss of the airport literally down the street from HQ would make them more open to exploring relocation. I very much doubt with how much undeveloped/underdeveloped land is still in the City that they are capable of coming up with anything better/grander than current use. Or that they won't wilt yet again when the Insurance CEO's tell them that Brainard's proximity makes the City 'stickier' for keeping HQ. This is a repeat of every study done 10 years, 20 years, 30 years....60 years ago. Not a single original idea to be had in that City Hall, Bronin merely the latest to fall for the shiny-ball syndrome of doing a study. The fact that the airport's actual owner, the Connecticut Redevelopment Authority, doesn't ever say boo about the...uhhh...."redev" potential is because they know it fills out its balance sheet quite nicely and trusting the locals with execution on something better is a fool's errand. It's always a Mayor's Office shiny-ball syndrome thing pushing to tear it up, not the people with an actual economic understanding of the site usage.

Another study would, without question, simply reaffirm the results of the last one and say: "Maximize its AIRPORT value, damnit, and stop falling prey to lazy distractions!!!" As is, this seems to be driven by NIMBY trojan horse of mostly Wethersfield residents bitching about another round of routine tree-trimming on the landing approach. You really think they're going to allow honest-to-god density to sprout up instead when that's their boredom tactic now on current land usage??? Jeez...this was a tiresome kick-the-can topic back when I was growing up there 25 years ago. Back then it was Mayor Mike and the circular firing squad on that Council amplifying the NIMBY gripes. The names change; the short-attention span theatre never does.


Maybe they would've had a leg to stand on if Brainard was the city airport that went, and much bigger-capacity Rentschler across the river were the keep. But they already squandered that one for "FOOT-BALL!!!! UNGH-UNGH!!!!" and chasing the spectacular corruption of NCAA Div I. But that ship sailed, and the better of the two airstrips is now half-assing it in sprawlsville. I fully expect Bronin to claim he's got a mystery NHL team gunning to relocate and that would be the perfect place to put a public-funded arena for the Nü-Whalers, since they probably can't perceive reality outside of a self-imposed Rentschler + DD Park box.
A

Only tangentially related, but Hartford-Brainerd would be an excellent location for a Cleveland-like airport IndyCar race. Hartford's the type of city that would benefit from an event like that, and having an urban airport to run the race on makes it an easier sell as they aren't tying up city streets for construction for 2 months.
D

F-Line to Dudley said:
The names change; the short-attention span theatre never does.
Click to expand...

Another thing that never changes is Hartford's crushingly punitive CRE tax levy relative to peer cities in New England. Boston, of course, has the envious privilege of being able to set its rate pretty damn low, $26 per $1,000 or whatever it is these days, because its assessed values are so relatively astronomically high. But everyone else--Providence, Hartford, Springfield, Portland, Manchester, Worcester--is at least in the same ballpark, in the $30s per $1,000... then there's Hartford: $74.29 per $1,000. Plot that on a Bell Curve distribution with all the other NE cities--oh wait, you can't, because it's basically off around Pluto, when everyone else is operating in the Mars/Mercury/Venus/Earth range.

No matter where you are on the food chain in the regional economy, if you're making relocation/expansion/development decisions, and you're looking at all those cities, and all variables, and costs count (which they do for everyone), I don't see how that insanely high levy compared to the others doesn't hurt Hartford, over and over again. But the most powerful force in the universe is inertia.
Z

Development projects in Hartford are moving forward as we emerge from the pandemic. Here’s a look at seven projects to follow in Hartford this fall. - Hartford Courant
Z

2 more vacant buildings to be converted to apartments.

Hartford’s historic former firehouse and city offices near Bushnell Park are being converted into apartments, and work could get started as soon as early next year - Hartford Courant
M

Some views of Hartford, today around 430pm

From the CT Science Center Garage on Monday 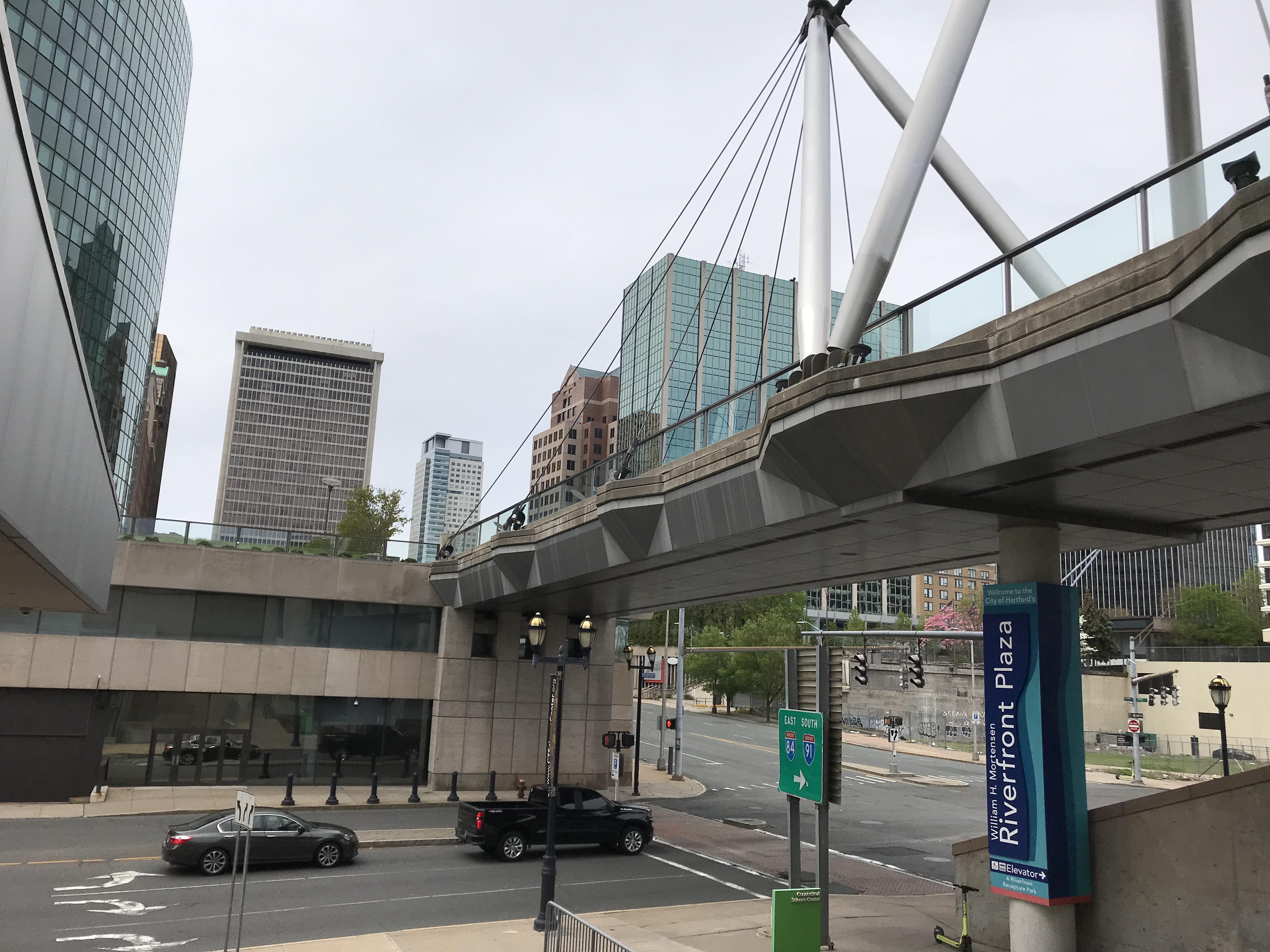