If this were ArchAustin, Tex88 would have a strong case that it was JetBlue gonna get squeezed (except that AUS's air market is half Boston's size)

Seems possible that AA and WN would each end up with 1 daily r/t and JetBlue would run 2.

Southwest service to Austin is already seasonal, no?
W

JeffDowntown said:
I am not so worried about taxiing as takeoff. I am assuming the seaplanes are not going to taxi out into the outer harbor for takeoff. Takeoff noise for a seaplane (even small ones) is in the 85 to 95 dB level. Pretty loud.
Click to expand...

AUS-BOS is a business heavy market, so I'd see why it would be profitable even with an abundance of seats.

Although I'm surprised that American entered that market with the competition it has.
Last edited: Dec 12, 2019
M

tysmith95 said:
AUS-BOS is a business heavy market, so I'd see why it would be profitable even with an abundance of seats.

Although I'm surprised that American entered that market with the competition it has.
Click to expand...

^This. This very much. AUS will be very overserved. EYW Made sense. LHR made sense. Random Caribbean made sense. AUS? Not really. But maybe there is something deeper. BOS and AUS are both huge tech cities and AA happens to have two big hubs that would be ideal connection cities for both markets. DFW and ORD. Maybe AA is seeing a lot of passengers travelling between the two cities via DFW/ORD/CLT/DCA,etc... and they decided to place a direct service route instead.

Another point to keep in mind is Massport's 'Use it or Lose It!" gate policy. AA has a TON of empty slots and room to add flights from their gates, and with such a beautiful, perfectly set and modern terminal like their's, they might want to start adding flights to utilize some of their space. AUS seems like a strange addition, I personally would have thought SFO, CDG, SJC or like SAN/SEA would have made much ore sense wince AUS is already over served and within such close proximity to DFW for connections. That could be the reason. Because sometimes I walk through AA's complete gate set from B21 to B5 and there might be 2-3 flights boarding or within 45 minutes of boarding. Sometimes, two being reserved towards the shuttle flights. AA defiently is trying to crank out more utilization in BOS. Maybe they are seeing high returns? But the ultimate test will be the LHR's success next summer onwards.

Also jetBlue added about 10 flights on October 25th, and know they have 9 more coming next year primarily to the West Coast. Jeez.. Its like a three way war, with DL and B6 throwing big gloves, and the sleeping AA trying to stay relevant as B6/DL fight out and steal market.
S

Have we figured out if AA LHR will depart from terminal B? Seems like the new gates weren't configured for something that big?
T

BOS has room for 2 hubs, but 3 i'm not sure. I'm frankly surprised that AA is up-scaling after years of cuts at Logan, considering the growth from Jetblue and Delta. I guess it shows how strong the economy here has been lately.
M

tysmith95 said:
BOS has room for 2 hubs, but 3 i'm not sure. I'm frankly surprised that AA is up-scaling after years of cuts at Logan, considering the growth from Jetblue and Delta. I guess it shows how strong the economy here has been lately.
Click to expand...

Its funny because overall since 2017 its capacity will have shrunk by 10% still. Its Hub growth is declining, and is now adding P2P to offset some of that decline. Not that they are adding P2P to literally offset the decline, it is just definetly taking away from some of the loss. It seems in an excel graph by VS4ER, nearly every AA hub (Except LAX) has lost traffic and footing since 2017, so adding a few routes here and there seems like a logical approach to stay at a fair share, not necessarily become a hub.. just stay relevant especially when you have Oneworld partners operating major flights out of Logan next summer (BA 5x, Iberia/Level 3x Max, Qatar 1x, JAL 1x, Cathay 1x). I see this move necessary for AA who has huge FF in BOS from its prosperous 1990-2010 years... because at one time BOS was the 4th largest hub for them after DFW, ORD, MIA and STL. If AA caters a slight bit to whatever they have left in BOS, because supposively AA still has major BOS contracts, besides their Oneworld partner flights to HKG, LHRs, MAD, DOH->, NRT.. they can now add AUS to their domestic network with LAX, NYC, CHI, MIA, DC, CLT, DFW, etc. The only major missing hole I see is the Bay Area and Seattle for AA in Boston. They have most of America covered where companies really want to fly to. They have Asian routes covered via JAL and Cathay. They have literally 5x flights a day to LHR on BA/AA now to connect, well anywhere in Europe. They also have Qatar for MENA and India, Australia too. AA may have reduced considerably since their heydey in 2004 of 150 flights a day, but in turn have really have those much needed international connections from BOS. And frankly, I just seem them patching up where their FFs want them to go. I could see them adding maybe 3-4 more routes, staying about the same size and improving their BOS services dramatically. I dont think it would be crazy to see an ORD shuttle come to BOS, nor a Bay area route. If we recall correctly the Bay Area route (BOS-SFO) went out of commission in 2010, and served loads of ~90%. Very profitable too, per AA reports. Im not saying any of this to get hopes up, just to further examine the AA adds. Especially if we now have Austin.

In conclusion, the AA adds may be very sudden/shocking.. but when you look deeper into it, they are keeping their much needed FF happy and filling those cracks to serve them better. In 2005, you could go to 45 destinations throughout the US and a few in Europe. You could also get to LHR and beyond through BA. Now your no more than one stop on Oneworld to all six continents, and the domestic markets are all the most business heavy. Why not add a few more sprinkled in business routes to keep your FF happy? It also helps to have those winter CUN, EYW and NAS to cash in for family vacation in off months. Also loads are phenomenal on the CUN/MBJ routes, like over 92% I see it as a very healthy market in BOS, for AA. Dont expect major growth, because again, YOY AA is actually declining in share ad numbers, and none of these adds will throw AA over where it has been.
A

I guess Calgary, AB is the next battleground like Austin for Logan Airport. Westjet added a daily flight too starting 5/14/2020. 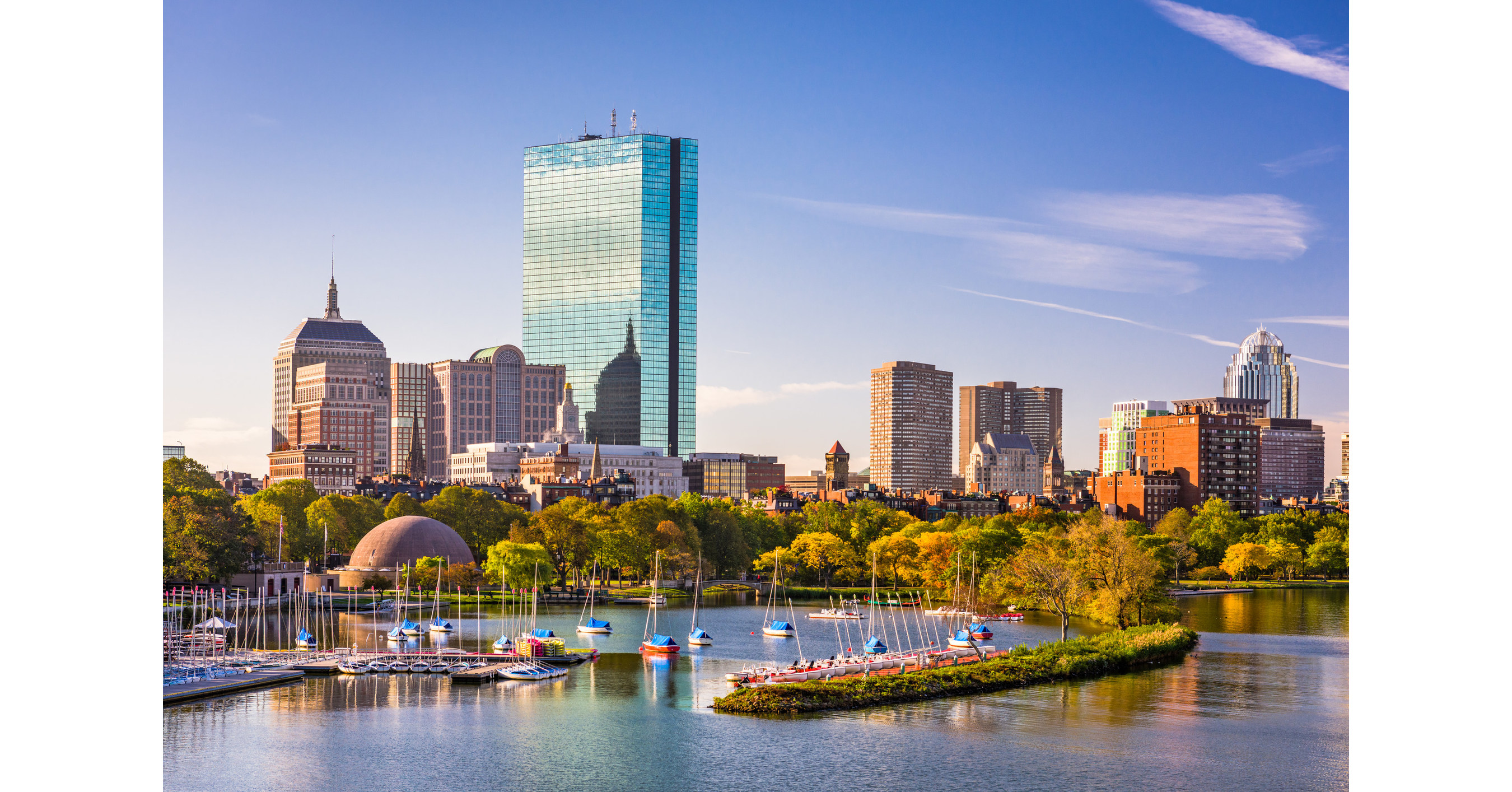 /CNW/ - WestJet guests will get the chance to pack more business and leisure into their travel itineraries with new seasonal daily non-stop service between the...

This looks timed to be able to feed Delta Transatlantic flights even though Calgarians probably don't want to do US preclearance on the way to Europe.
K

Not a new route but a new plane type for Logan and a big product upgrade(for the most part).

Per Flyertalk and confirmed on BA.com BA will be introducing the A350-1000 on Flt 202/3 in August. With the 777 reconfigurations underway they could conceivably offer their new club product on 3/4 daily flights by late next summer.

The airline will expand daily service to New York's LaGuardia Airport, and more.

Incidentally, my flight in Norwegian Premium ($1600 rt BOS LGW) was fabulous value for money--everything an employer should be willing to pay for and nothing they needn't.

Also, LGW rail service to London Bridge and onward through the city is fabulous (better than LHR). Once Crossrail opens the Elizabeth Line LHR will be better connected, but for now LGWs Express and Tameslink services are better for City & Docklands (via Jubilee Line)
Last edited: Dec 15, 2019

Arlington said:
Also, LGW rail service to London Bridge and onward through the city is fabulous (better than LHR). Once Crossrail opens the Elizabeth Line LHR will be better connected, but for now LGWs Express and Tameslink services are better for City & Docklands (via Jubilee Line)
Click to expand...

Thameslink and Southern are great connections to London. As a local I can't recommend Gatwick Express to anyone, they charge upwards of £18 for the exact same journey that you can make on Southern for £6, the only difference is GX is non-stop while southern makes a few local stops. The total difference in time? It's timetabled two minutes faster to take the "express", at least as of the 19:00 departure, at peak the difference may be 5 minutes or so. Both trains go from LGW to Victoria, on the same tracks, and the same headways if not more frequent on Southern.

As for Gatwick vs Heathrow, absolutely Gatwick also has great transit connections that really make the distance no problem. That being said all London airports have train service we can only dream of in Boston... But don't worry we have a bus...

I might actually try the GX next time (instead of Thameslink), and would probably still recommended to he Gx to first timers and people on expense accounts.

Taking the Thameslink from LGW at the AM inbound rush with a big suitcase was a little awkward (standing) and nerve-wracking (could I push back to the door at London Bridge?). It worked fine (with only a stop in East Croydon). I am not sure how I ended up paying more like GBP 17 (rush surcharge?).

On the way back, Thameslink (GBP 11) had signal problems and I kind of wished I'd tried the GX.
,
No question though, as a local, I'd want to learn to do Southern / Thameslink
M

Arlington said:
Incidentally, my flight in Norwegian Premium ($1600 rt BOS LGW) was fabulous value for money--everything an employer should be willing to pay for and nothing they needn't.

Also, LGW rail service to London Bridge and onward through the city is fabulous (better than LHR). Once Crossrail opens the Elizabeth Line LHR will be better connected, but for now LGWs Express and Tameslink services are better for City & Docklands (via Jubilee Line)
Click to expand...

Thank you for the report! Im glad Norwegian is offering a great product, and Ive heard little bad reports about Norwegian's product. They offer great service for low money, and hopefully that means it holds strong for a while.

Or jetBlue and partners might beat both of them. However, i do agree. I think UA and Star would benefit the most from that sort of campaign
M

Dela has just loaded a second daily flight to Austin. So next summer Austin will have, JetBlue 3 daily, Delta 2 daily, American 12 weekly and Southwest 1 daily. A ton of capacity. I wonder who has the Dell Technologies contract? Fares should be pretty nice.

HelloBostonHi said:
That being said all London airports have train service we can only dream of in Boston... But don't worry we have a bus...
Click to expand...

and the rapid transit Blue Line!!