Everyone scolding people that this is about economics: do you believe divco west would propose taller or shorter *residential* buildings without Cambridge Planning Board oversight?


vanshnookenraggen said:
I really question if most of you understand economics. This is one of the largest and densest developments in the region and you are bitching that there isn't some 1,000ft tower. Boston can't support a 1,000 office building. What is driving the market is the need for biotech, tech, and medical space which is not congruent with large office towers. And with so much empty space to redevelop the costs of building tall buildings just don't make sense when you have the space to build out.
Click to expand...

Very reasonable points made here. i think everyone on this board understands Boston's once thriving financial services left a decade ago; any office towers taller than 20 floors are going to be a rarity in our niche lab/research office market. We're not talking office/lab. We're talking mixed use and residential. This is no different than the Seaport except with a chance not to build just squat boxy things!

Why are they so keen on filling every parcel with infill and creating a village in the shortest time-frame possible? It's an unforced error. OF COURSE they should have planned a mix for some structures going as high as maybe 450~600' or even higher -- and the parcels getting used up, over a couple of decades.

At least, a few as high as 35 stories. In proportion to Cambridge/ Boston it's intuitive. .....Maybe build a few office towers with enough structure/ added elevators built in that you can add 10~15 floors of housing later.

i question if a 1000' tower will look good anywhere in Boston or Cambridge. Given the low number of highrises over 250', i think you end up with an almost 'absurd' looking thing.

An 865~900' tower in Back Bay or the West End is possible. Some say a Back Bay crown would look good. But, it's quality that is in low supply--not its lack of a single show stopper. Start by adding a few more visually attractive highrises--like Copley Place, the Christian Science Garage, Back Bay Station with closer to 700'. A 940' crown in Back Bay doesn't solve the lack of abundant height (quality). If anything, it makes everything not called the Hancock, the Pru & 1 Dalton look worse.

If you could go taller than the FAA height limit in either the Back Bay or West End, i don't think it would necessarily look good. A 1,200' tower in Back Bay would be well out of scale with the extreme lack of presence of height, and look like a 'stunt' tower like Dallas built 35 years ago, or more recently Devon Tower in Oklahoma City.


vanshnookenraggen said:
I really question if most of you understand economics. This is one of the largest and densest developments in the region and you are bitching that there isn't some 1,000ft tower. Boston can't support a 1,000 office building. What is driving the market is the need for biotech, tech, and medical space which is not congruent with large office towers. And with so much empty space to redevelop the costs of building tall buildings just don't make sense when you have the space to build out.

One thing I will agree with is the plethora of glass boxes being a blight. But unfortunately that's what these uses want.

If you don't like it try living in Worcester and seeing how their economy is going. Most cities in the US would give anything to have a fraction of Boston's economy.
Click to expand...

You frequently make this point -- that building heights in Cambridge are restrained by economics, as Kendall only demands lab space and lab space can't be tall (see: here) -- and it is always wrong.

There definitely, no question, 100% is demand in Cambridge for new buildings to be taller than what we're getting here. That's why every single building in the City is built right up to the highest height allowed by Cambridge zoning. If it were a question of economics, you'd see developers forgo allowed height. That never happens. To the extent any building doesn't go all the way up to the tippy-top of zoning height it's a product of negotiations with the city to allow more square footage elsewhere.

And it is also not true that demand in Cambridge/Kendall is only for lab space. Plenty of "tech" tenants use primarily plain old office space, including the future tenant of this very building (Philips). The same goes for a bunch of Kendall's other high-profile tech tenants (Akamai, Google, Amazon, etc.). Amazon's voice recognition/Alexa team is based in Cambridge, and I can guarantee that they don't need vented hoods or sophisticated plumbing. And even for dedicated lab space, the Vertex buildings in the Seaport are taller than the maximum allowable height for many "Cambridge Crossing" parcels. Those buildings would absolutely work out economically in Cambridge, but would be too tall for zoning.

Kendall is one of the most expensive submarkets in the nation for office rent (and I mean office, not lab). And the same also goes for residential. Developers could build these spaces taller and get handsome returns on their investments if they were allowed.

This isn't to say that every new building in Cambridge would be 1,000 feet. I'm sure that, absent zoning, some developers might build to 300 feet, some might build to 450, some might build to 600, etc. But max zoning heights in 'Cambridge Crossing" top out at 150-220 feet, with many parcels zoned to below 150. That's a ridiculous waste of an opportunity. I don't say this because I inherently like height or find it visually attractive or want to keep score in some manner; I say this because we need more homes and places of business to meet the crazy demand in our region. We should take full advantage of every buildable lot we have. And building 220 foot residential buildings when the market could surely support 2-3 times that density (as we see directly across the Charles from here with three new residential buildings by three different developers rising around North Station) is not taking full advantage of our opportunities.
D


vanshnookenraggen said:
I really question if most of you understand economics. This is one of the largest and densest developments in the region and you are bitching that there isn't some 1,000ft tower. Boston can't support a 1,000 office building.
Click to expand...

It doesn't even have a 300' tower. You are throwing out a number that is literally more than triple the height of anything currently planned. There's absolutely no reason to go as blocky and stumpy as they're going, especially with the noisy highway right there. Taller buildings would have mitigated the noise for more people, and there is plenty of demand for it.
1

The tightest market in our portfolio continues to be Boston. The percentage leased in our Boston regional office assets is the strongest at 95% in total. We do not have a single vacant floor in our Boston CBD portfolio. When we started the quarter, we had one floor left at 888 Boylston. We signed one lease, expect the second to be executed this week, which will leave us with a whopping 3,300 square feet in the building.
Click to expand...


DZH22 said:
I weep for the future. So much prime real estate and THIS is their master plan.... No guts, no pride, no vision.
Click to expand...

No thats just placeholders if you looked at the renders above that. I agree maybe some 400 footers would have been good but 1000’ may be asking too much. I agree with the height issue but the plan overall is nice and engaging. I think the height should go at Volpe and “downtown” Cambridge. But they definitely could have gone taller here. Theyre not though and so this is what we get and I think its nice for what it is. I wonder how much office space is coming online with the govt garage, 115 Winthrop, and td garden that should definitely help. Sst and the back bay should add a good amount too, but who knows when those will come.
C

From my perspective, the knee-jerk 1000 footer comments pro or con are definitely not what I am thinking in terms of a "lost opportunity".

We defs do not want a dozen Dubai super-talls and I think it would be silly to lust for that. I think If Northpoint is laid out with 70% of what is there, plus the other 30% being a cluster of 2-4 500-600 foot buildings, that would be a win.

There is one NorthPoint parcel in Boston while the others are in Cambridge and Somerville. I would have loved it if Boston said "go ahead, build whatever you want there, none of the neighbors are in our city so we don't care" just to see what we would get. Comparing the otherwise-identical Boston-zoned parcel with the Cambridge/Somerville-zoned parcels could of been an interesting controlled experiment.
S 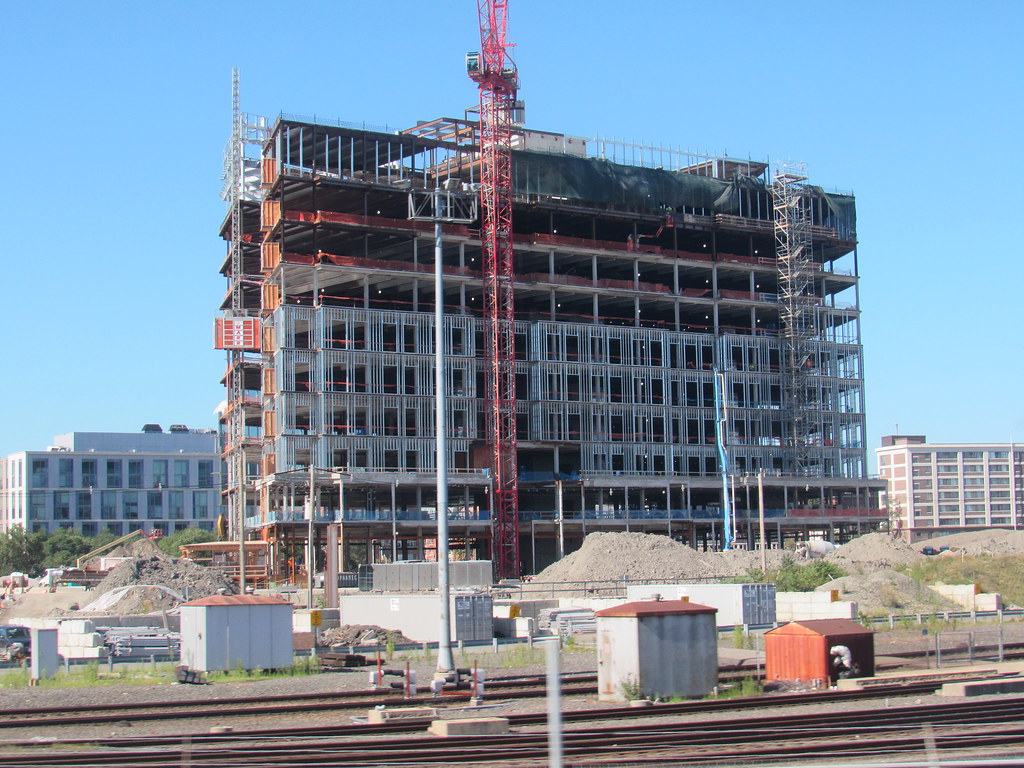 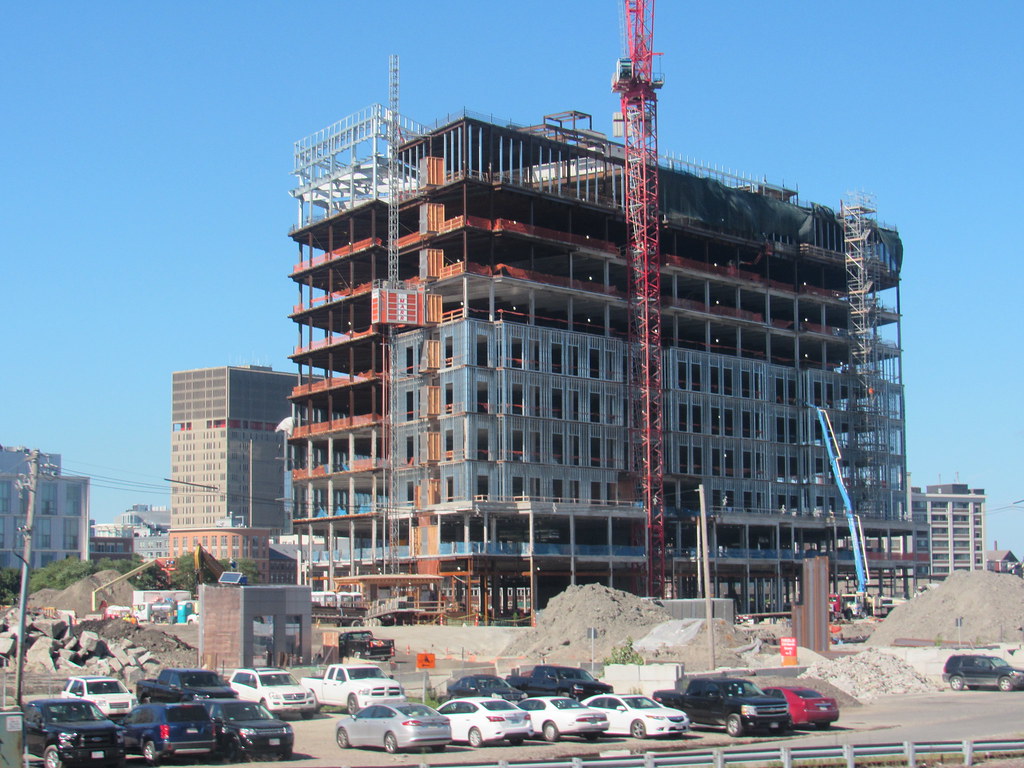 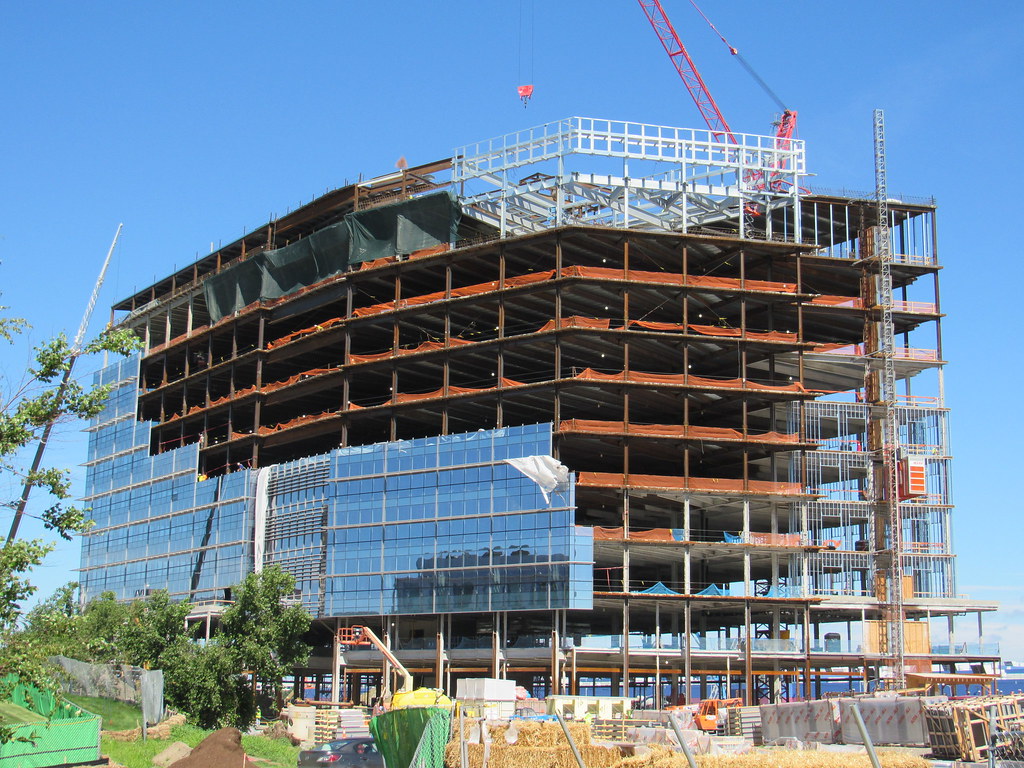 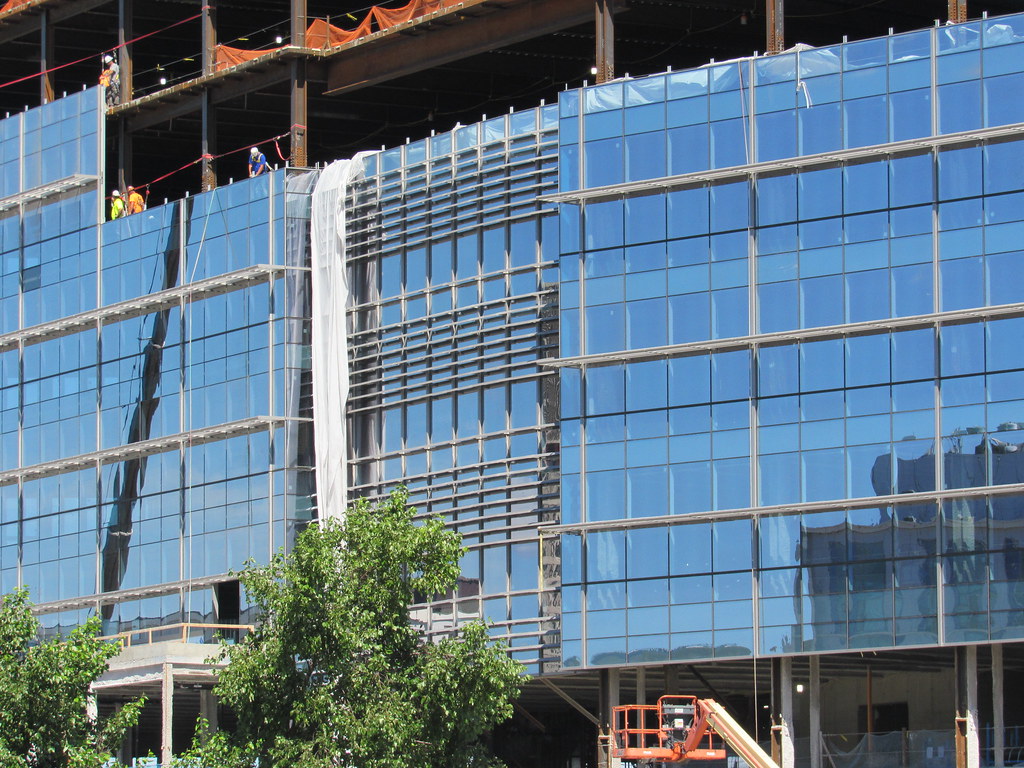 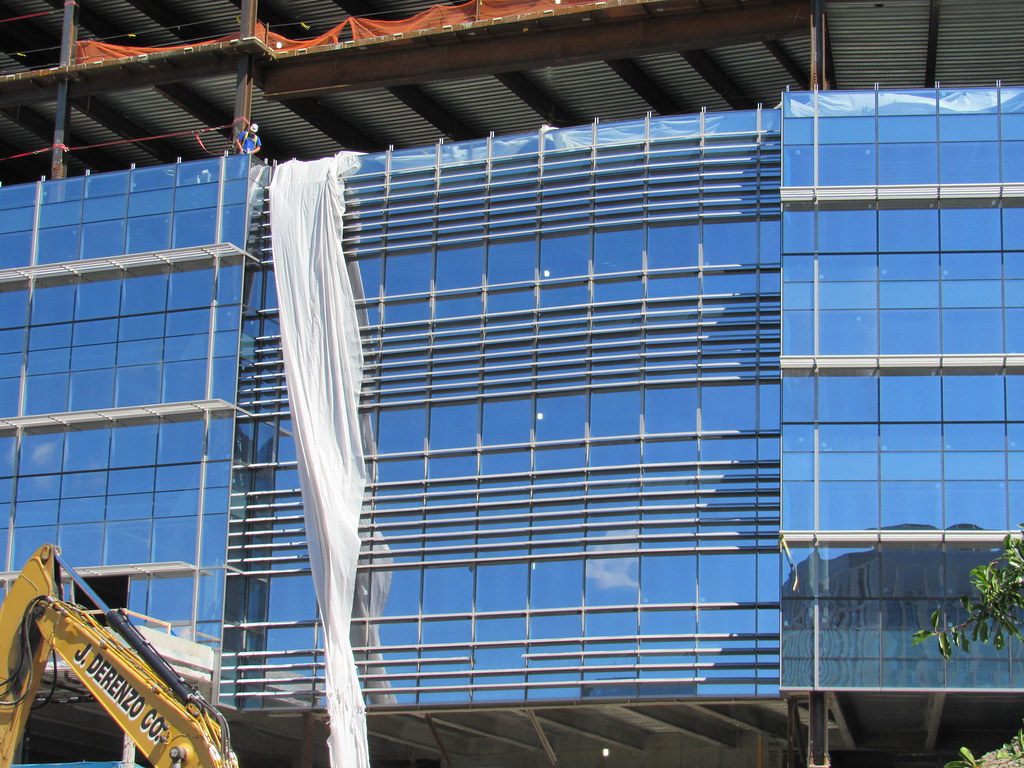 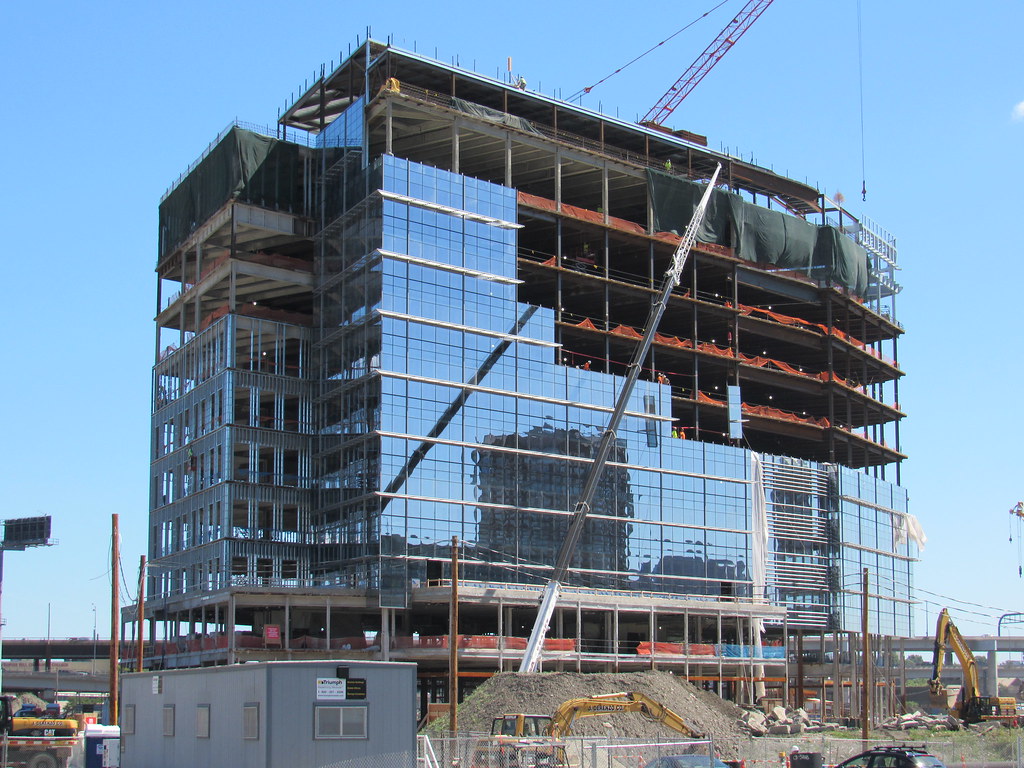 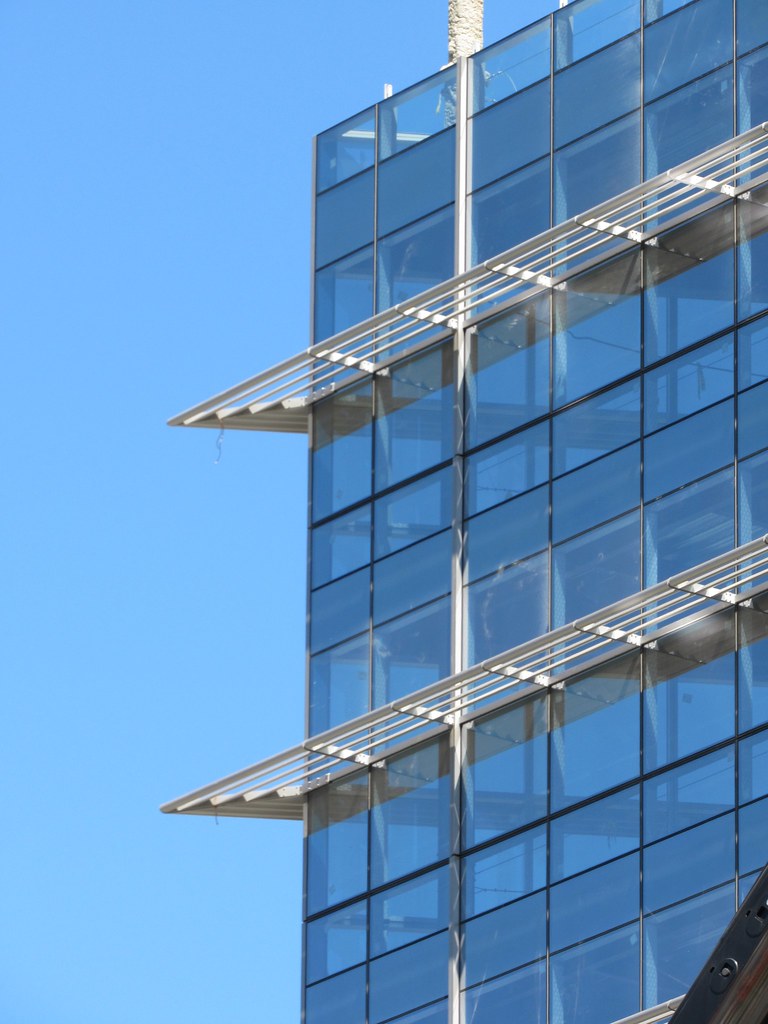 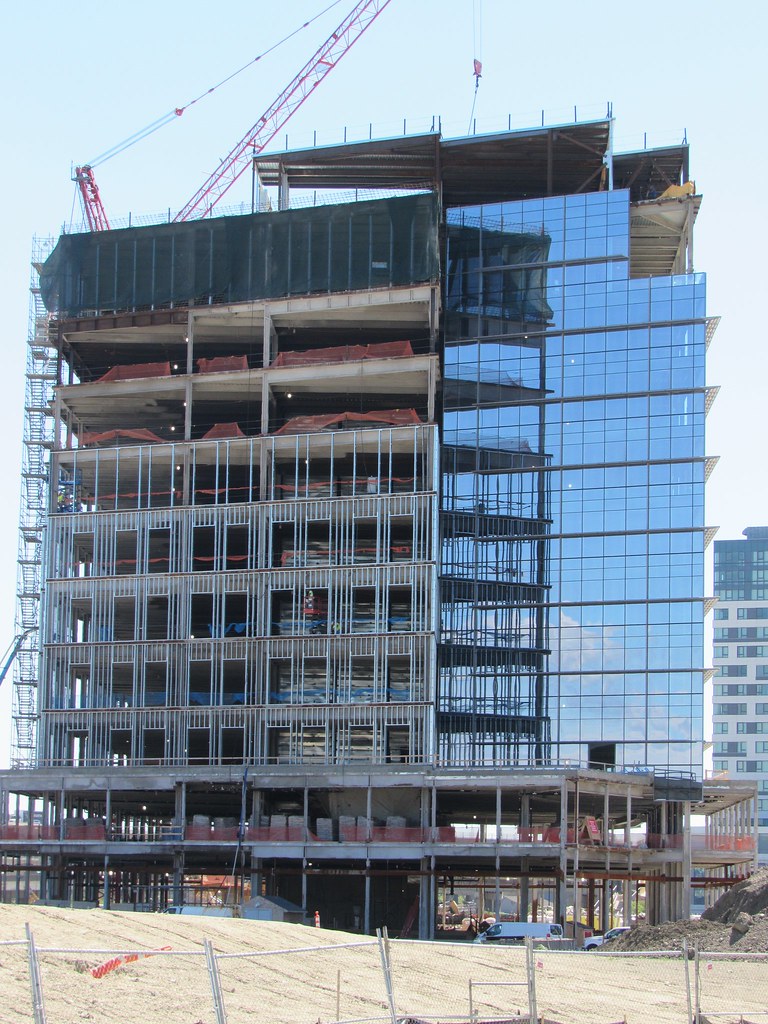 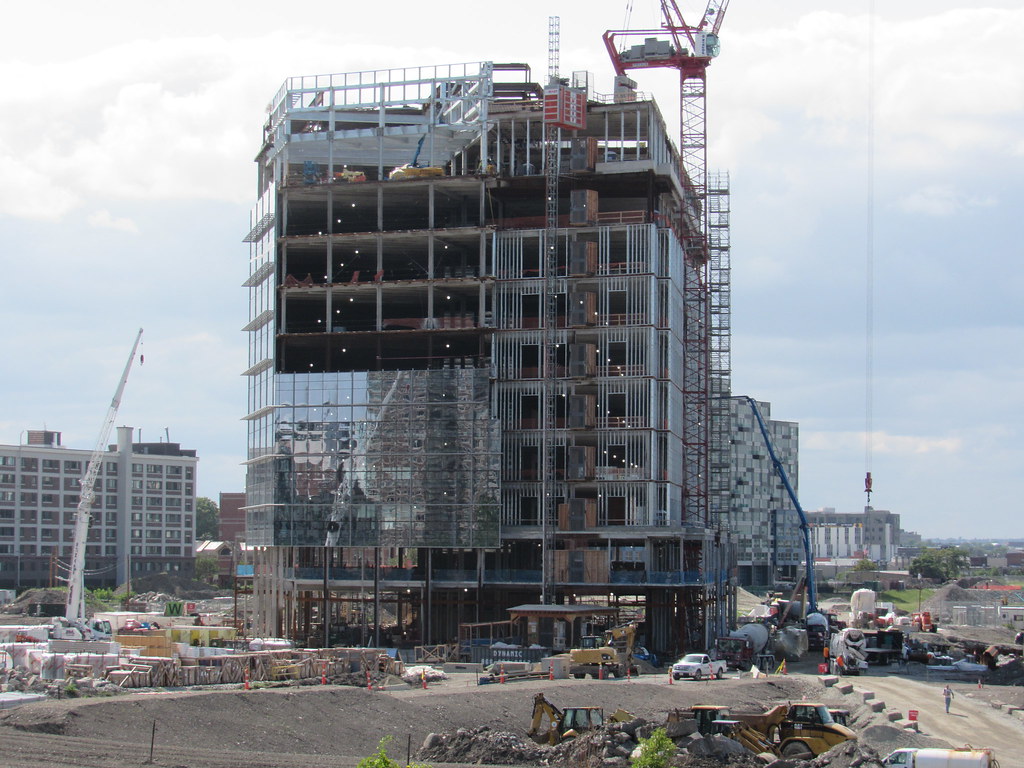 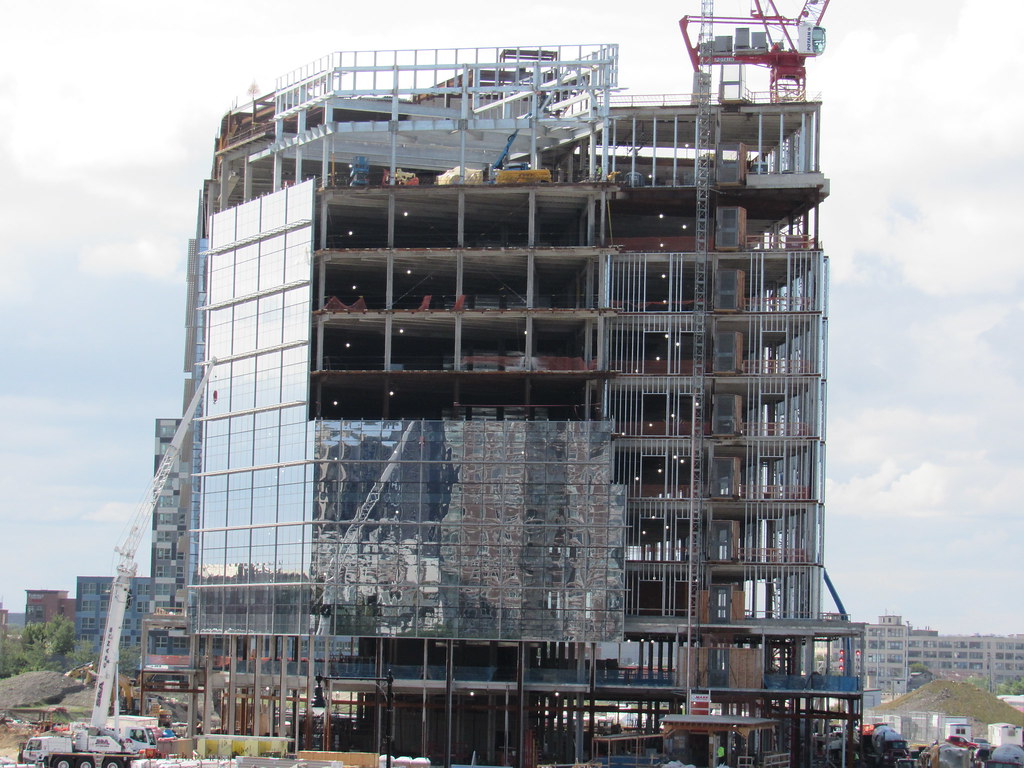 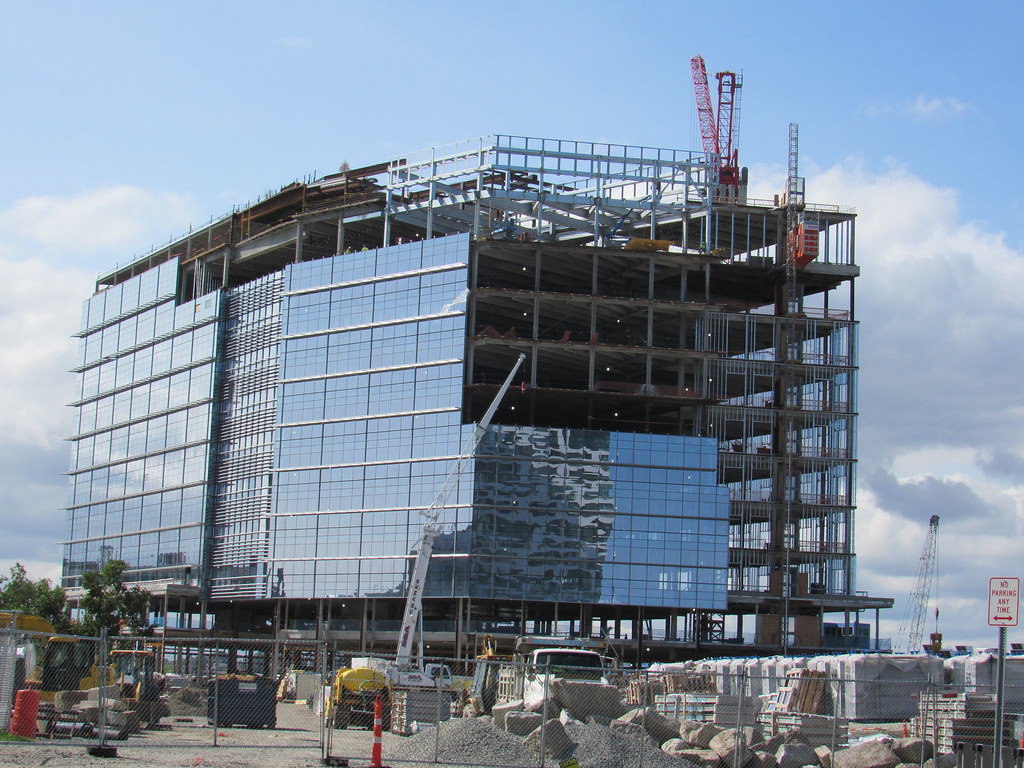 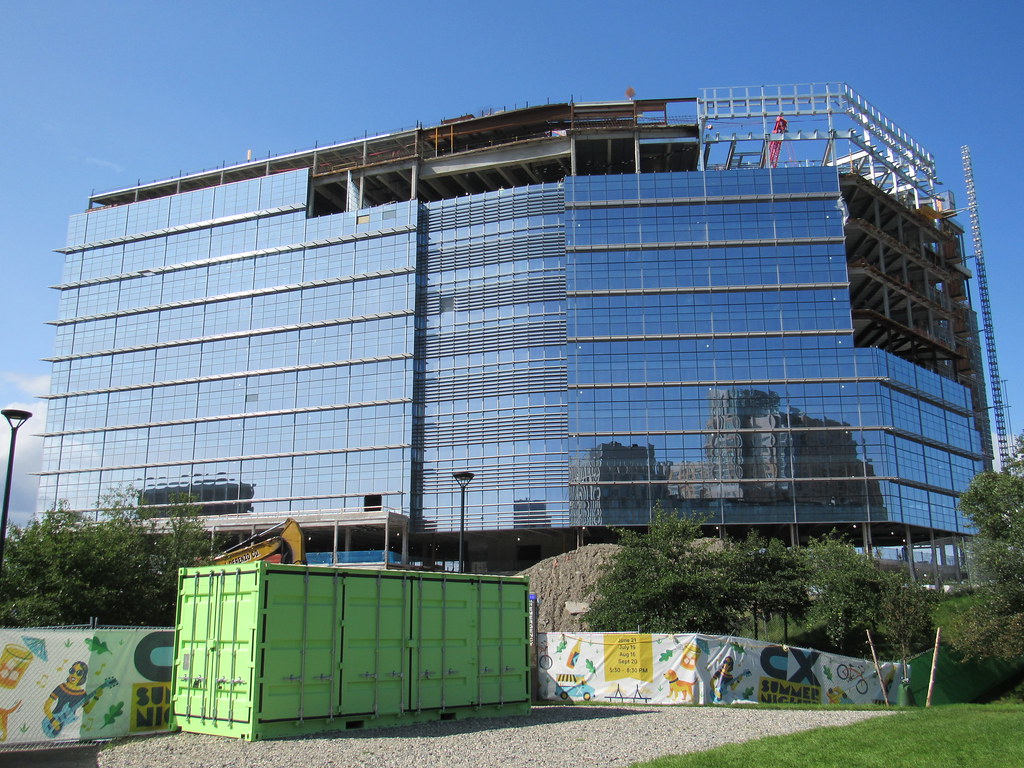 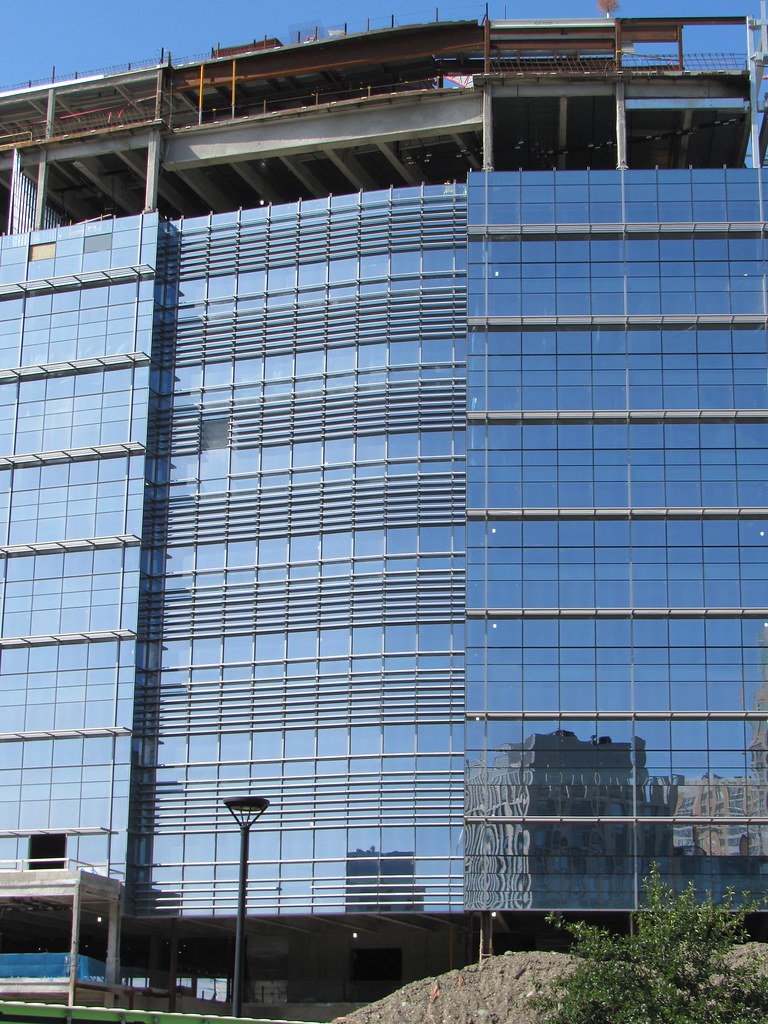 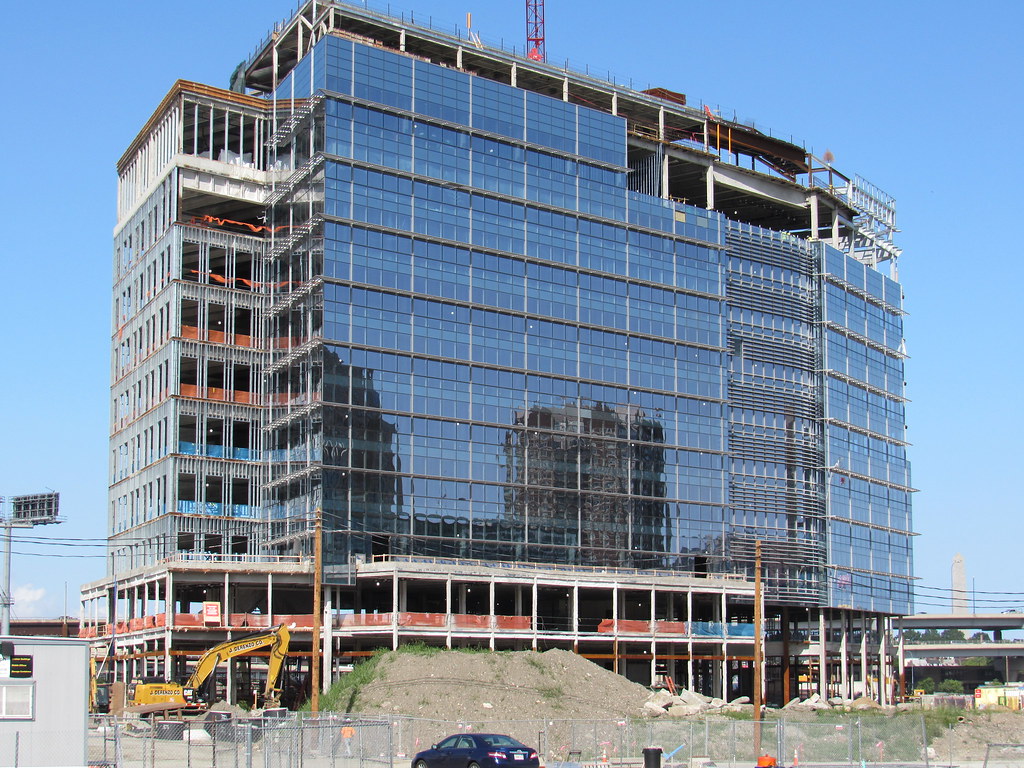 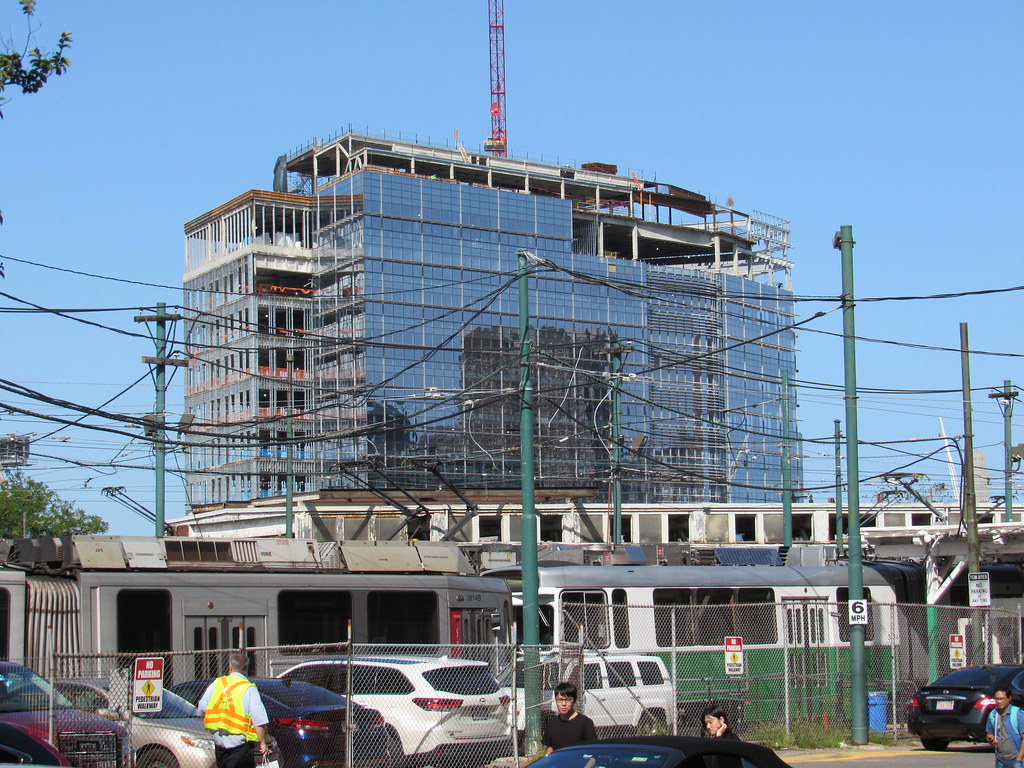 This was asked before, but what's the point of the mid-height sun screens?


stefalarchitect said:
This was asked before, but what's the point of the mid-height sun screens?
Click to expand...

This may help you understand it a bit better: 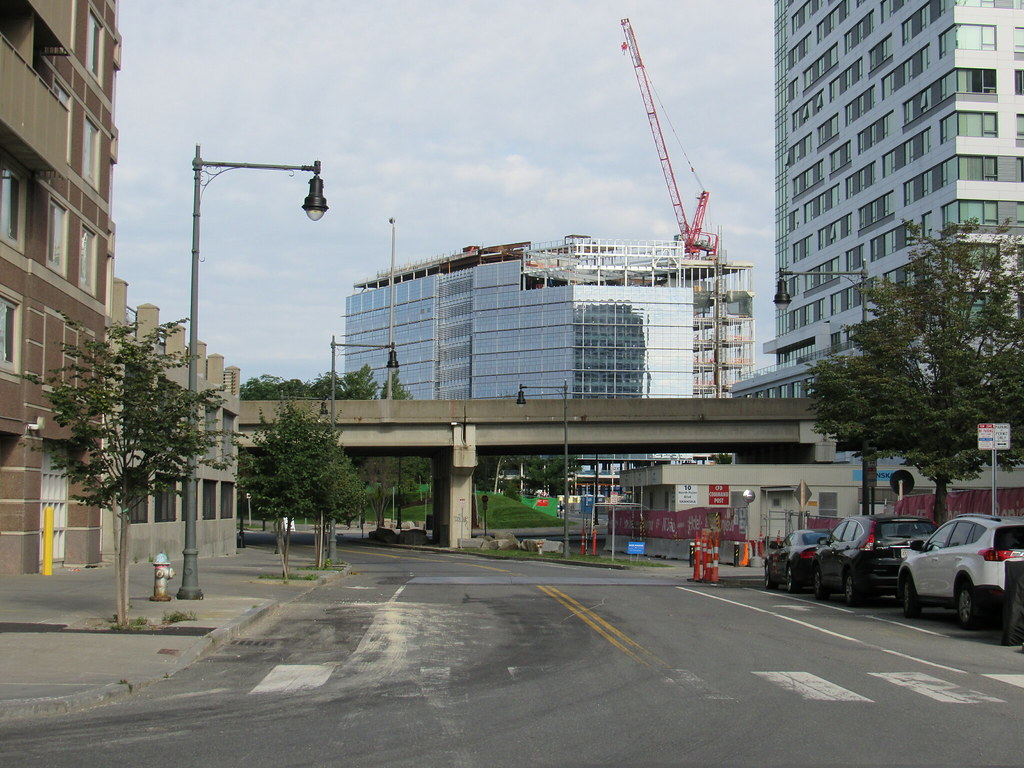 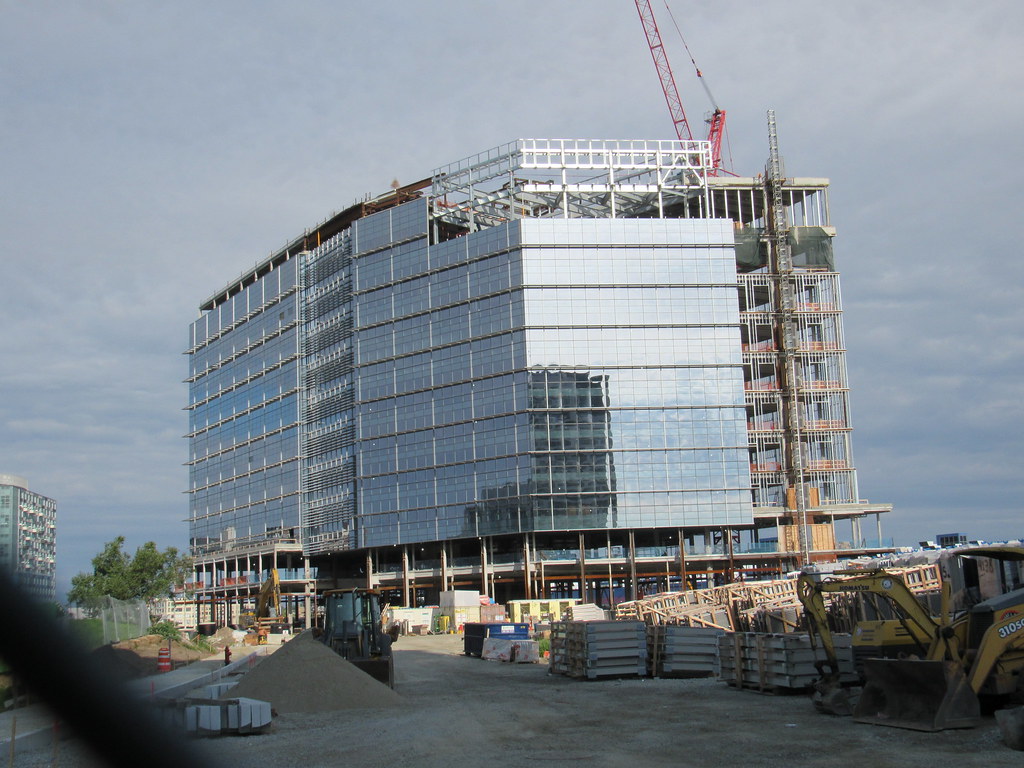 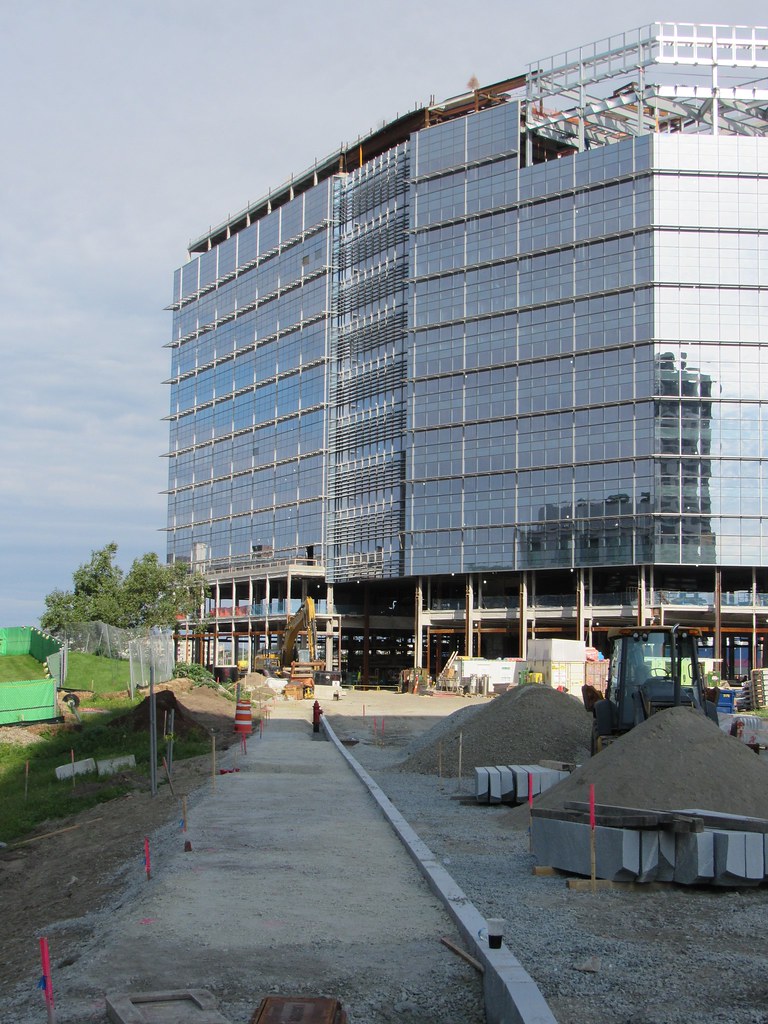 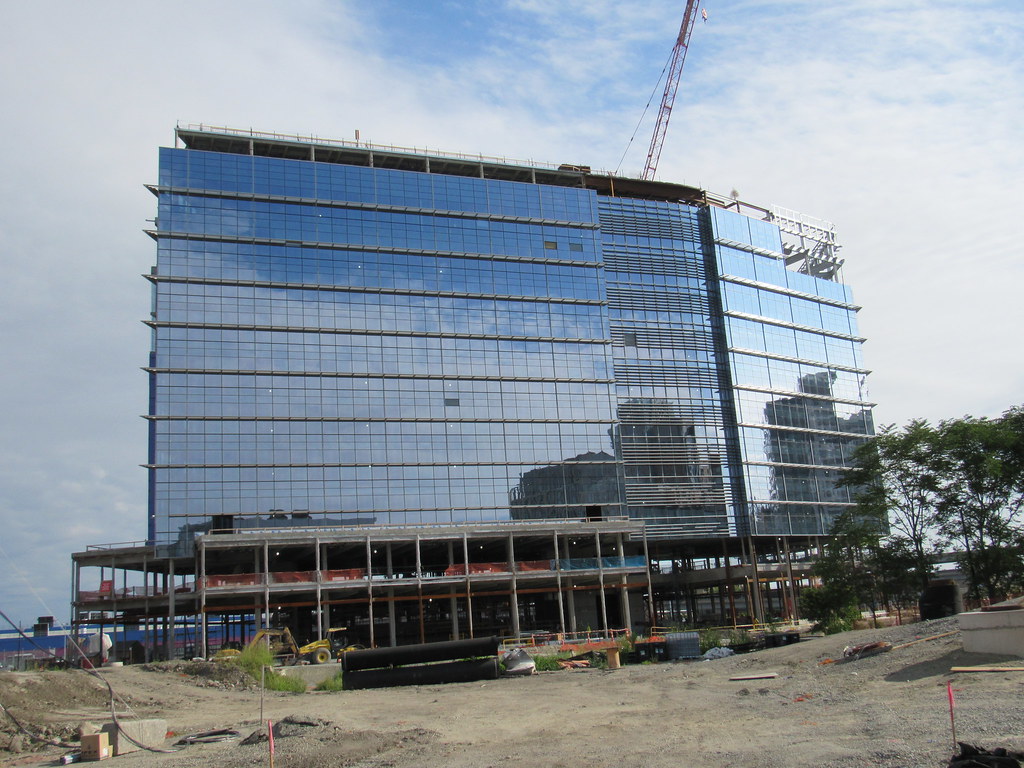 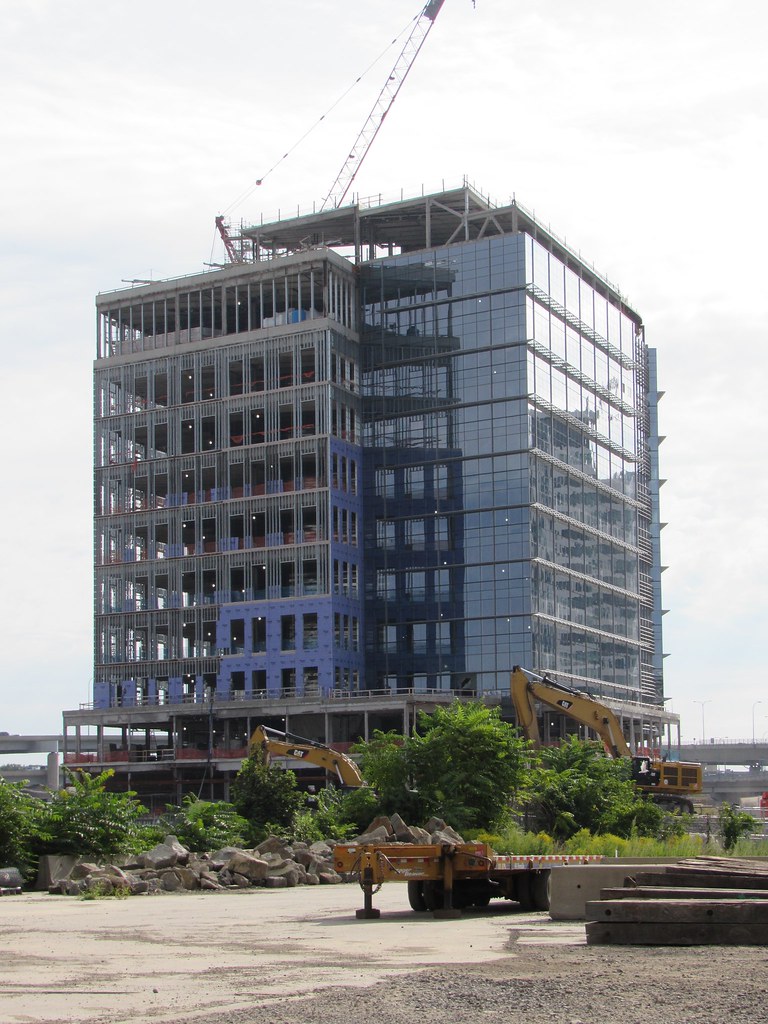 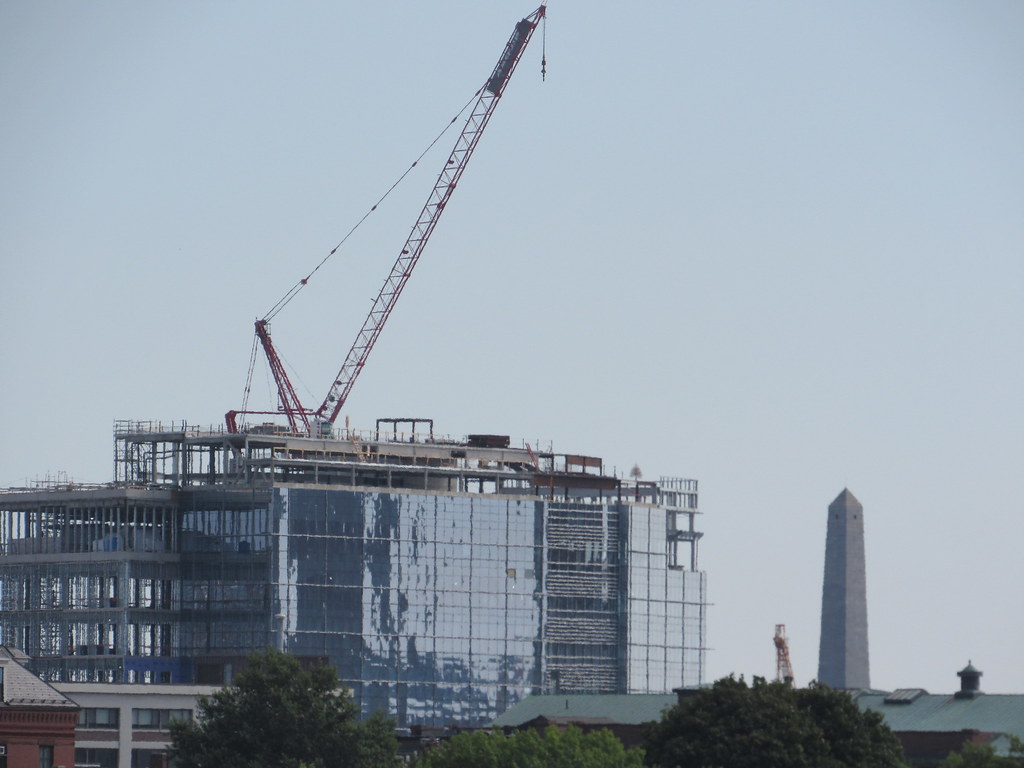 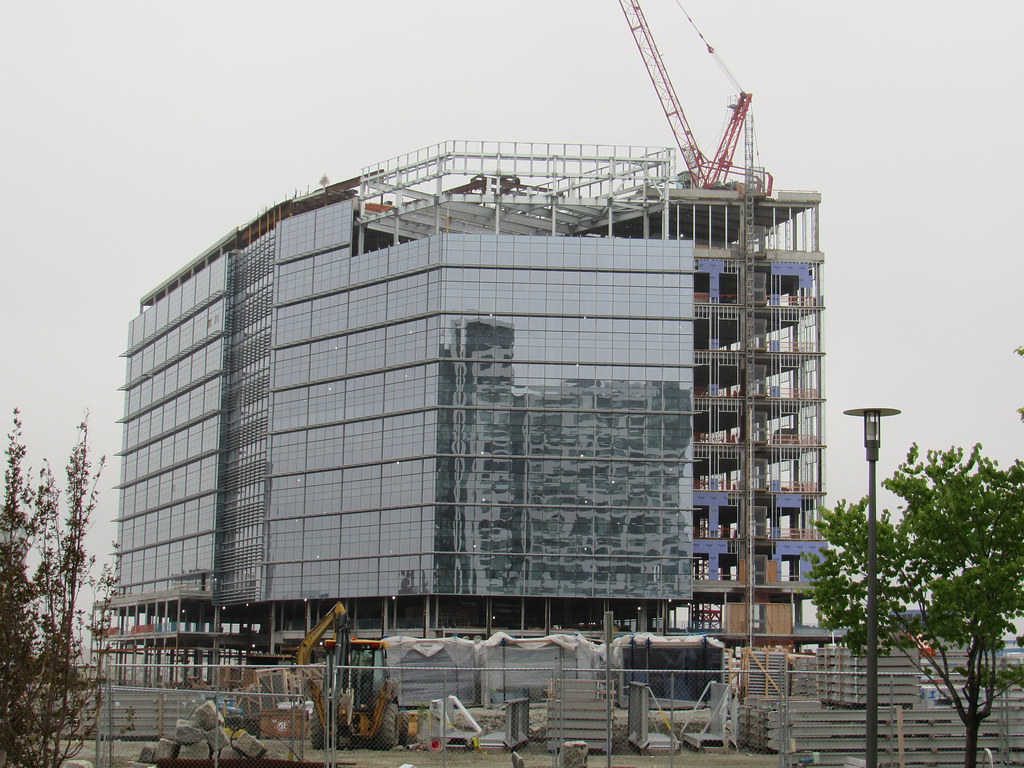 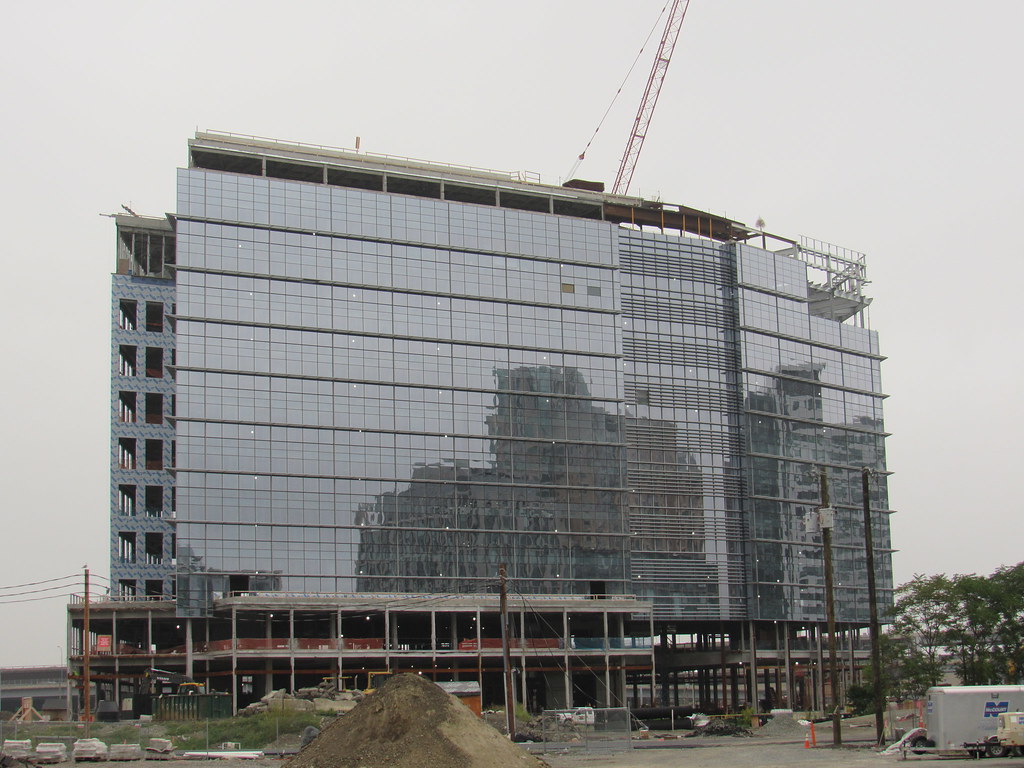 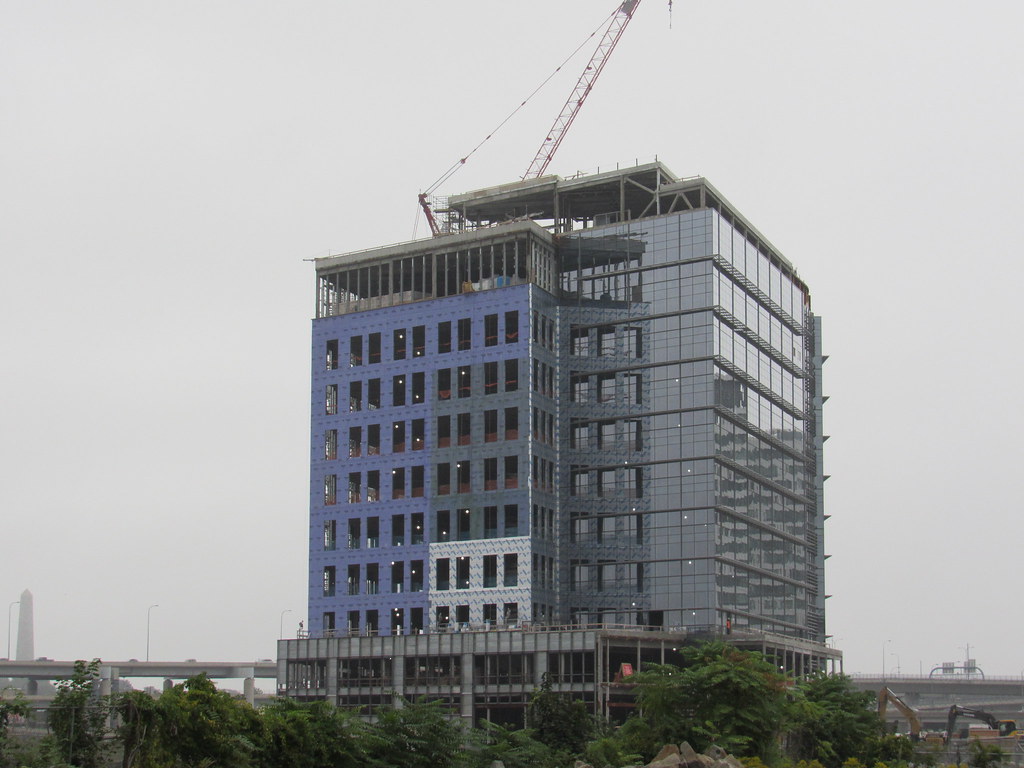 I biked this on Friday, and it is looking good.
S

Why is everything so stumpy? Serious question, is there a more height-adverse city in the country? (Lumping Cambridge in with Boston)


Suffolk 83 said:
Why is everything so stumpy? Serious question, is there a more height-adverse city in the country? (Lumping Cambridge in with Boston)

I have to admit, I am really surprised the developer could not negotiate for more height as they moved further east in the development, away from East Cambridge. I understand the community concerns right on the border, but deep in to complex, it seems using more height is just better screening from the rail lines and highway. And this is a site that can accommodate significant height in the FAA height restriction map!

Maybe the foulups of the original developers nixed that possibility.
S

Too be semi-fair (my other tirades about buildings labs taller aside), this was originally a lab building that became an office building when Philips signed on.
Too late in the process it was to make any substantial changes to this site in particular.

It has been beaten pretty well at this point, that CX is too stumpy and not nearly dense enough for the market.

Of course the original zoning changes for this development go back a decade to when things weren't quite the way they are around here. Minds have changed a lot in the intervening years, but to make any major mods to the accepted zoning would most likely have delayed much of what is going on over there.