^ I don't know, I actually kind of like the train station design. I'm fond of that old New England train depot look.

In other news, some noteworthy articles from the Press Herald this morning:

511 Congress For Sale (which I think was discussed a couple pages ago in this thread): https://www.pressherald.com/2019/11/12/landmark-downtown-office-retail-building-for-sale/

There's also the city council's desire to create a shelter of limitless capacity. Sure, it'll be cool to have a TARDIS in my neighborhood, but I don't know that the city has the resources to develop that technology.
M

Is there anything more ludicrous than to have Markos Miller's name front and center on that group?
T

In other news, some noteworthy articles from the Press Herald this morning:

511 Congress For Sale (which I think was discussed a couple pages ago in this thread): https://www.pressherald.com/2019/11/12/landmark-downtown-office-retail-building-for-sale/

Agree with the train design. It will be an even bigger draw for tourists, the lifeblood of Portland now. I did read that YIMBY article. Finally, some sense being made in a more legitimate and conspicuous forum. I know of one prominent West End resident with a nice -- and valuable -- Victorian. He doesn't want more affordable or low cost housing on the peninsula so that his property value stays high. He rents it out for Airbnb in the summer, which enables him to frolic about in Europe. He wants less competition, and less people as possible around on the lower end of the socio-economic ladder. What that does, or today, is imply racism. For Portland, it's still the elephant in the room. I have several "people of color" (hate that expression) friends in the city who tell me what really happens when they walk around and interact with the residents. It's much better today than it was years ago, but still not where it should be when compared with other cities in the U.S.
C

markhb said:
Is there anything more ludicrous than to have Markos Miller's name front and center on that group?
Click to expand...

Come again? Markos has been a steady advocate for more reasonable zoning laws over the years.
M

cneal said:
Come again? Markos has been a steady advocate for more reasonable zoning laws over the years.
Click to expand...

Ah... My mistake, I didn't double check and confused "Markos" with "Munro".
C 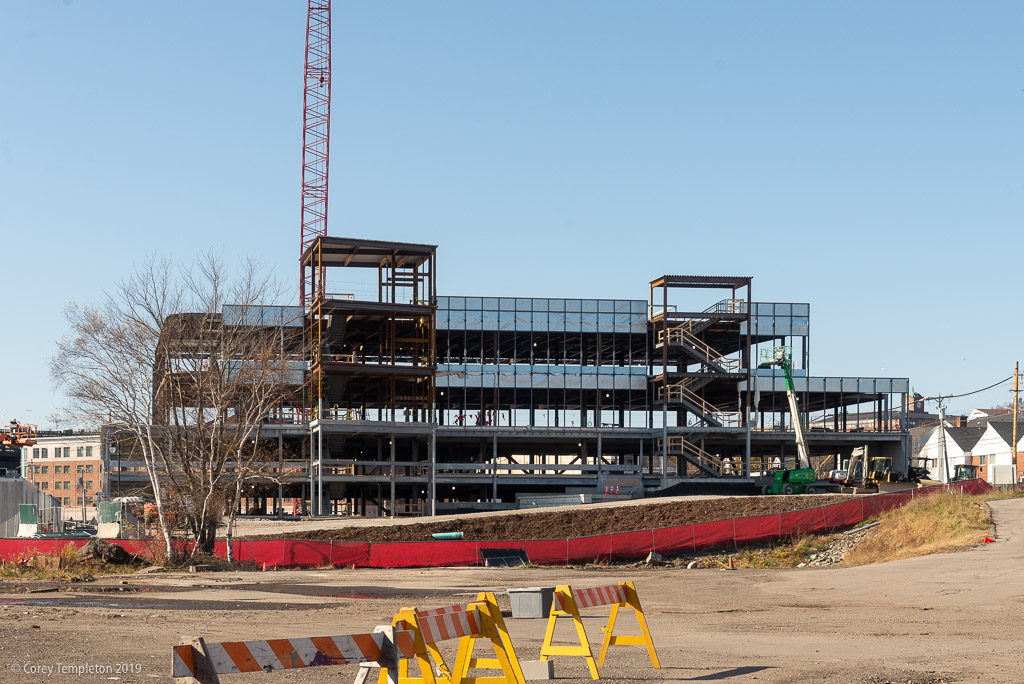 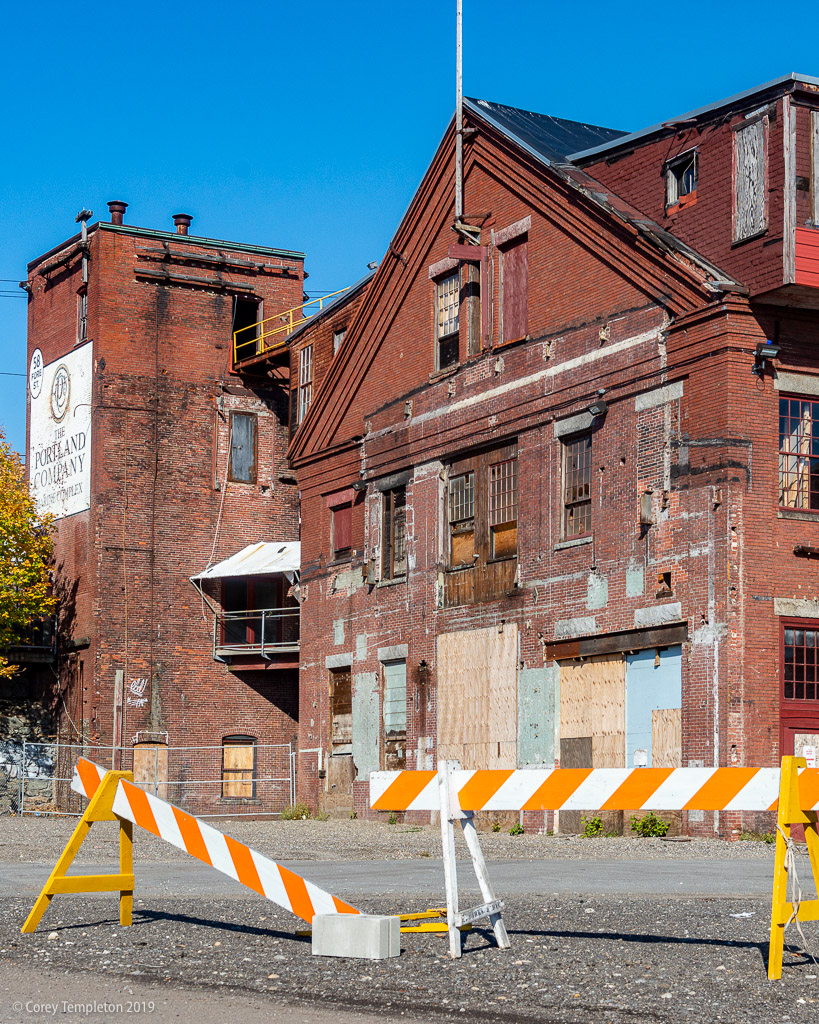 Oh wow, they really aren't messing around on 100 Fore Street, huh? That went up quick.
C

They've been working 6-7 days a week since June. Occupancy is set for summer 2020

100 Fore would be a great location for a tech or biotech company to set up shop in Portland. Big high ceilings, lots of natural light, and harbor views. As good as anything you could find in Boston's Seaport (albeit a bit smaller)
C

LOL yeah, Peter Munro is terrible, I don't know anyone who wants to work with that guy.
P

Keep Portland Livable | Raising Your Voice on the Future of Portland

The site has been updated for several years...Thanks Peter for sinking the midtown project....because your view from the condo next to city hall might have a building in the distance to look at other than the scrap yard...any update on the litigation between the city and Federated?
M

Interesting recap of this morning's MEREDA conference. Sounds like J.B. Brown is planning several developments in the West Commercial, York and Pleasant Street areas. They also reference building on W. Commercial for a new VA clinic, which makes me think 144 Fore Street, the current building housing the VA clinic, sandwiched between WEX and the new 100 Fore Street building, is a likely candidate for future redevelopment.

These are on JB Browns website as available development opportunities 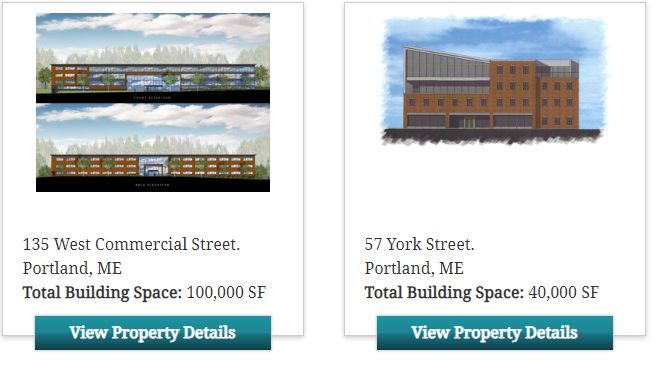 Cosakita18 said:
Maine Narrowgage Railroad is proposing a new station building right next to the ocean gateway terminal. Quite tacky and out of place looking if you ask me, but I suppose it's better than a temporary trailer that's there now

Given that it's a tourist attraction and almost the first thing you pass coming off a cruise ship I would suggest something a little more gingerbreadish.
How about something like this? 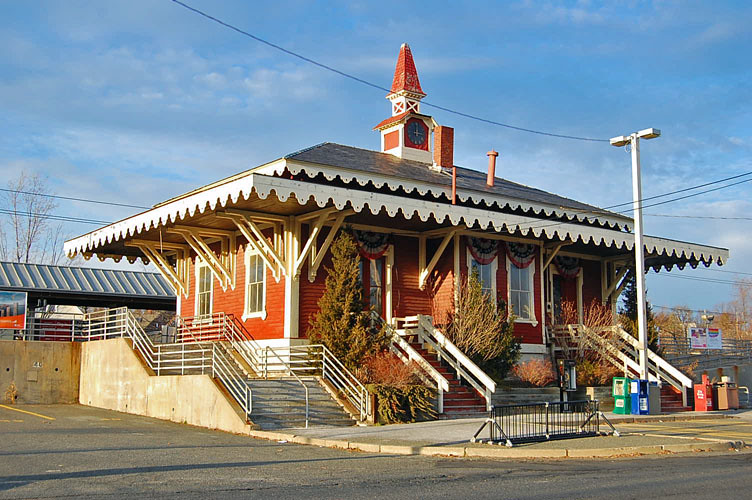 BeeLine said:
Given that it's a tourist attraction and almost the first thing you pass coming off a cruise ship I would suggest something a little more gingerbreadish.
How about something like this?

If there's to be any nod to historical accuracy, then the station should architecturally resemble actual vintage Maine narrow gauge stations as opposed to just playing up Victorian train station generica. It being the signature building of a museum and all. Or, failing that, representative Grand Trunk RR depot architecture since that waterfront trackage was last used in standard-gauge form as GT/Canadian National's mainline access into the port.

Swampscott Depot is special because it's one of the last original-construction Eastern RR depots still standing without heavy modification. Swampscott's contemporaries on the Eastern were likewise very gingerbread-looking, but that look would be woefully out of place on--say--the Fitchburg Main where vintage Fitchburg RR structures tended to be more sharply angular with prominent roofs and more spire action.

I have no f'ing clue what a vintage Maine narrow gauge station looks like nor am I invested enough in those aesthetics to Google around for old pics, but if these folks did their homework what you see in that render would bear close resemblance to the real-deal that used to sit on the narrow-gauge mainlines emanating closest from Portland.
P 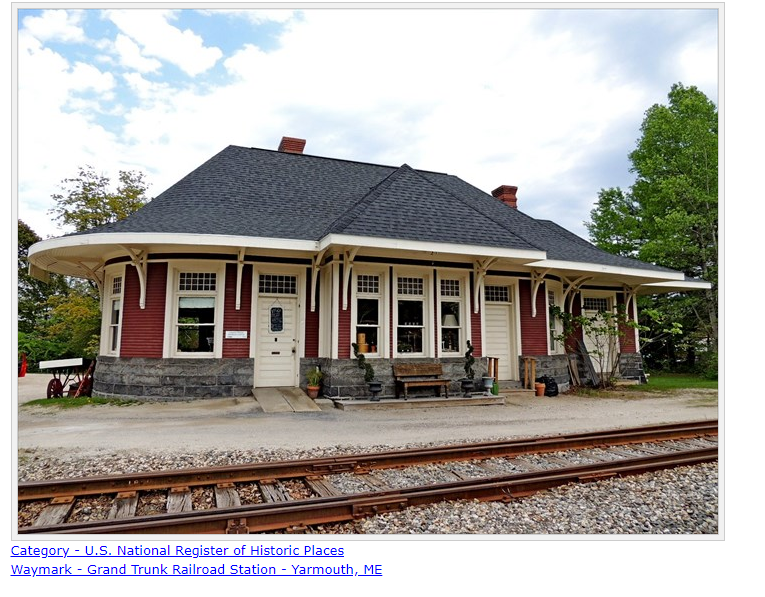 Poking through what i could find, it appears as though the Grand Trunk stations in the U.S. didn't have a prominent design standard.

The Yarmouth depot is one of the few still standing:

Waymarking.com is a way to mark unique locations on the planet and give them a voice. While GPS technology allows us to pinpoint any location on the planet, mark the location, and share it with others, Waymarking is the toolset for categorizing and adding unique information for that location.

The only one that seemed similar in design was the Gorham, NH depot:

Some of the others: 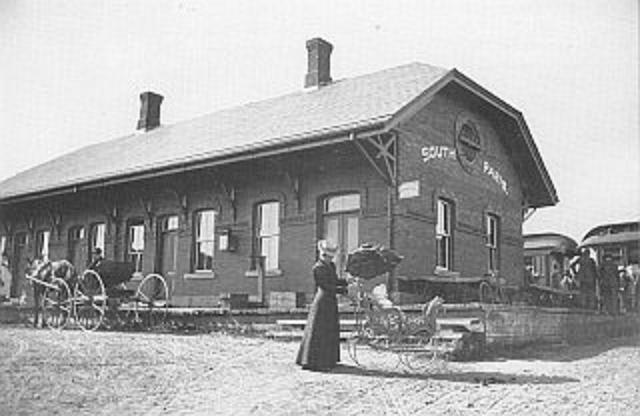 Obviously the original Portland station is a little too grand for the narrow gauge railroad's plans (https://en.wikipedia.org/wiki/Railroad_history_of_Portland,_Maine)
D 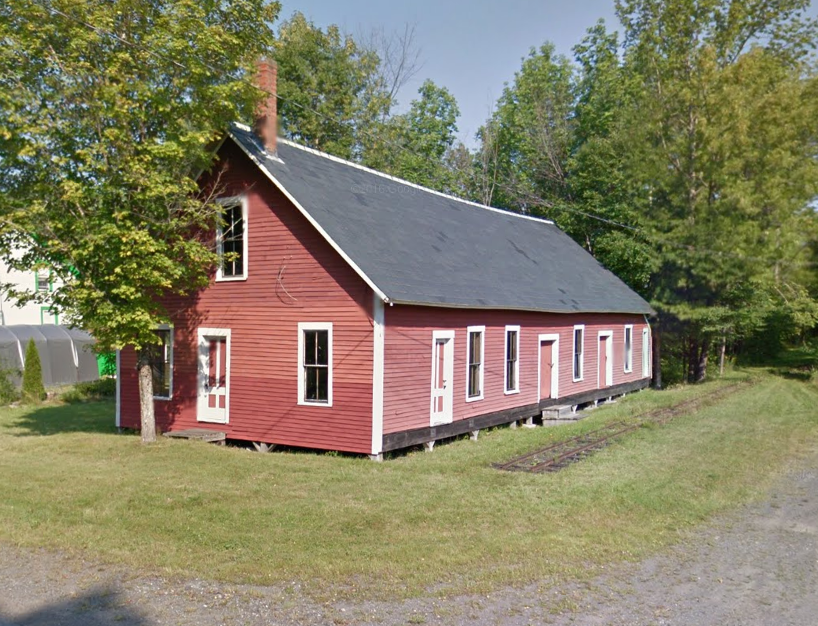 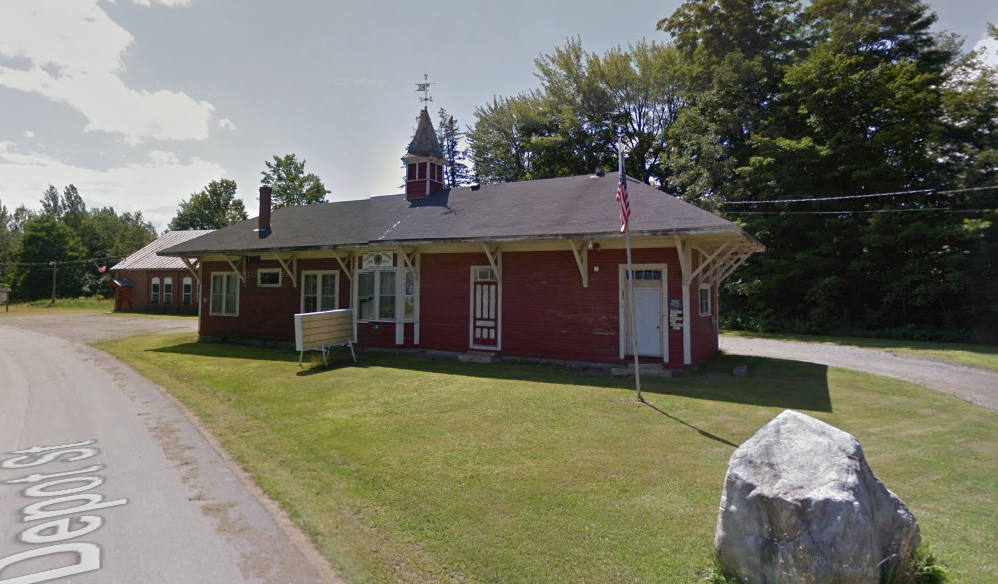 Something like the Phillips would be much better than the current proposal IMO.
D

BeeLine said:
Something like the Phillips would be much better than the current proposal IMO.
Click to expand...