Arlington said:
What is going to happen to CBD towers like Winthrop, South Station Air Rights? Are they going to fill? Will they fill at the expense of other downtown towers?

What will happen to State street’s current HQ when the new one opens?

it seems to me that a lot of space that has stayed *contractually* occupied (as both landlords and tenants were uncertain about future space needs) is about to discover all at once that the Great Return is not going to happen
Click to expand...

If you didn't catch it previously, there was some interesting debate on this in the Bromfield thread. That developer, who as of January is still saying they're going with a new office tower on that site, has a theory that office demand is going to consolidate into the best/newest Class A space, and it is the older/Class B and un-modernized space that is going to struggle to lease. Here's the Globe article: 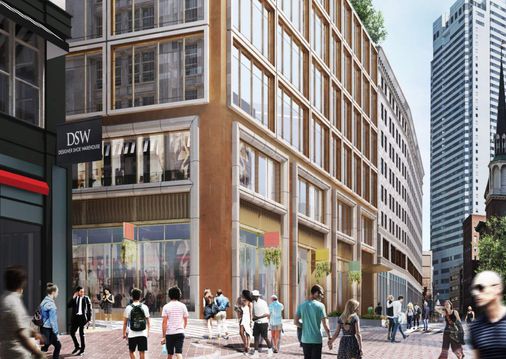 Building an office tower in downtown Boston right now? Maybe not as crazy as it sounds. - The Boston Globe

A New York-based developer is pushing ahead with a $350 million, 22-story office tower in Downtown Crossing, albeit one that will differ from typical high-rises in a few key ways.

So, if this developer is right, the more interesting question is what is going to happen to all of the CBD's older (and in some cases historic) office space?
S