How'd we (you?) get to 230? 230 would be a freakish +15% YOY vs what the MWRA site says (Where most swings are single-digit % and the bigger moves are downward):
http://www.mwra.state.ma.us/04water/html/wsupdate.htm Basically, technology leaves us a whole 'nother round of such conservation improvements, which can be "built" through a combination of plumbing codes and price hikes:


Municipal water supply is *way down* on my "big ticket" list of priorities compared to sea level rise, smart electric grid, & ground transportation. We know how to manage water and we have a proven track record of doing it (and Californians to act as guinea pigs in whatever that next round of consumption-reduction technologies is going to be)
Last edited: Dec 7, 2018

I am enough of an infrastructure geek that I read the MWRA annual letter they send on a town-by-town basis, and I remember the bad old days in Boston, Brookline when they usually reported too much lead (before getting better at pH) and too much fecal coliform (before building the goose-proof tanks).

What stood out to me this year was their work on redundancy
Scanning around the MWRA site is definitely a trip back to the dawn of HTML 4. I didn't find the "one diagram with all the pipes" Anyone find one?

This is as good a time as any to remind people to NOT dump cooking oil down the drain and to NOT flush any products down the toilet that won't hydro-degrade. That includes tissues and baby wipes.

The fatbergs are real.

Also somewhat related, Mass & most of New England as a whole is "Abnormally Dry" on the drought monitor (map valid as of 6/18/20). 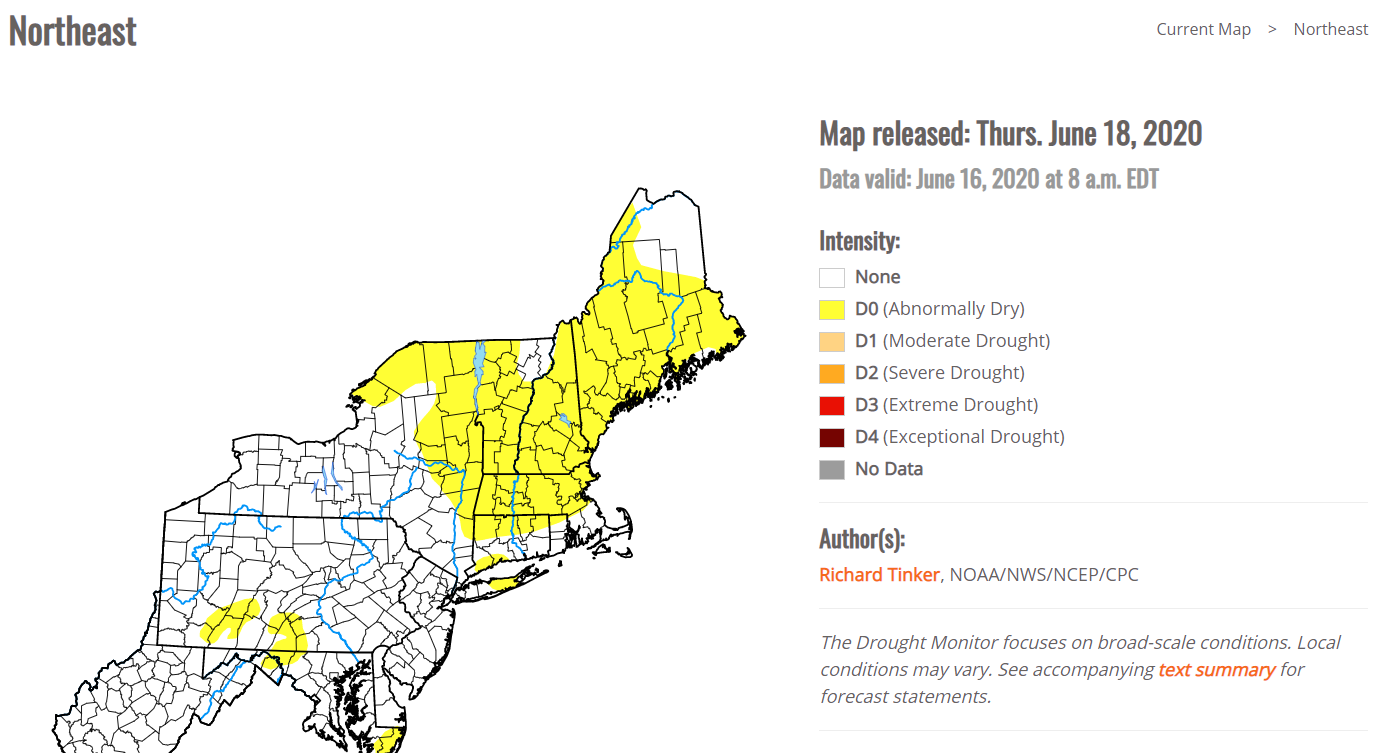 We had a really wet April. Only reason we're not in a drought right now.

Incidentally, Is this an aqueduct that appears as a nearly-straight line that hugs the Lexington-Waltham town line, and interrupts most property lines between the Hobbs Brook Reservoir (City of Cambridge) and Beaver Brook North? It seems to create a bunch of parcels 40 feet wide.

Better: MassGIS view of the "what's with the last 40 feet?"

If it turns out to be an interurban RR, I'll move this someplace else. I suppose it might just be an artifact of the town-line drawing process?

As "plat interrupter" it doesn't quite make it all the way to the Payson Park Reservoir, but maybe because the "inner burbs" (Belmont) had mostly been laid out at the time that Cambridge reached out to build their reservoir and its aqueduct? Or maybe Cambridge *thought* they'd build an aqueduct?

(Id assume it takes a path through Beaver Brook park and somehow gets to Payson Park, even if it can't be seen in the property lines) 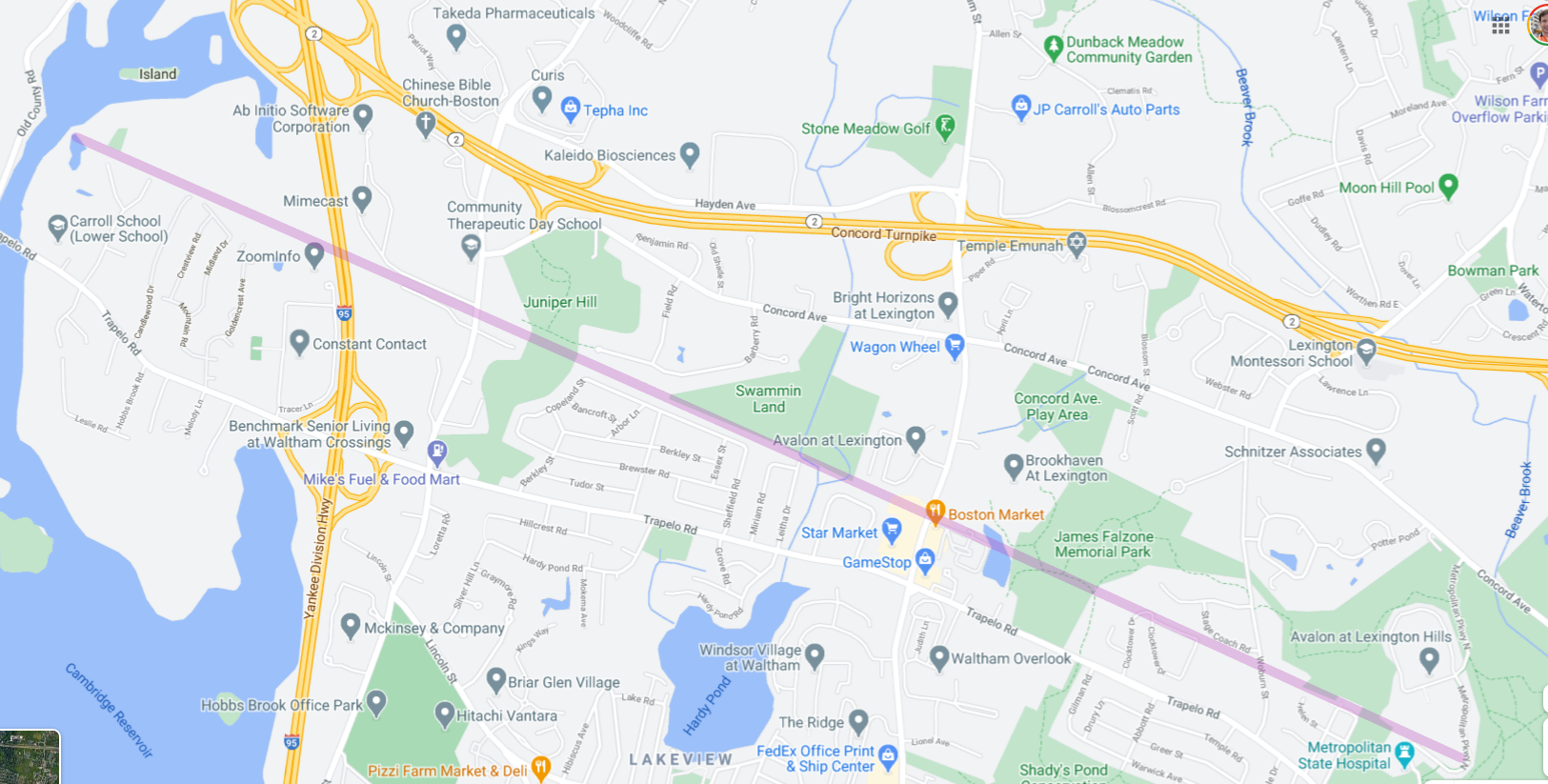 It is strangely straight considering that it seems not to be an electric ROW. It also seems to be about where you'd expect it to be (but isn't) in Cambridge's map of its water supply: 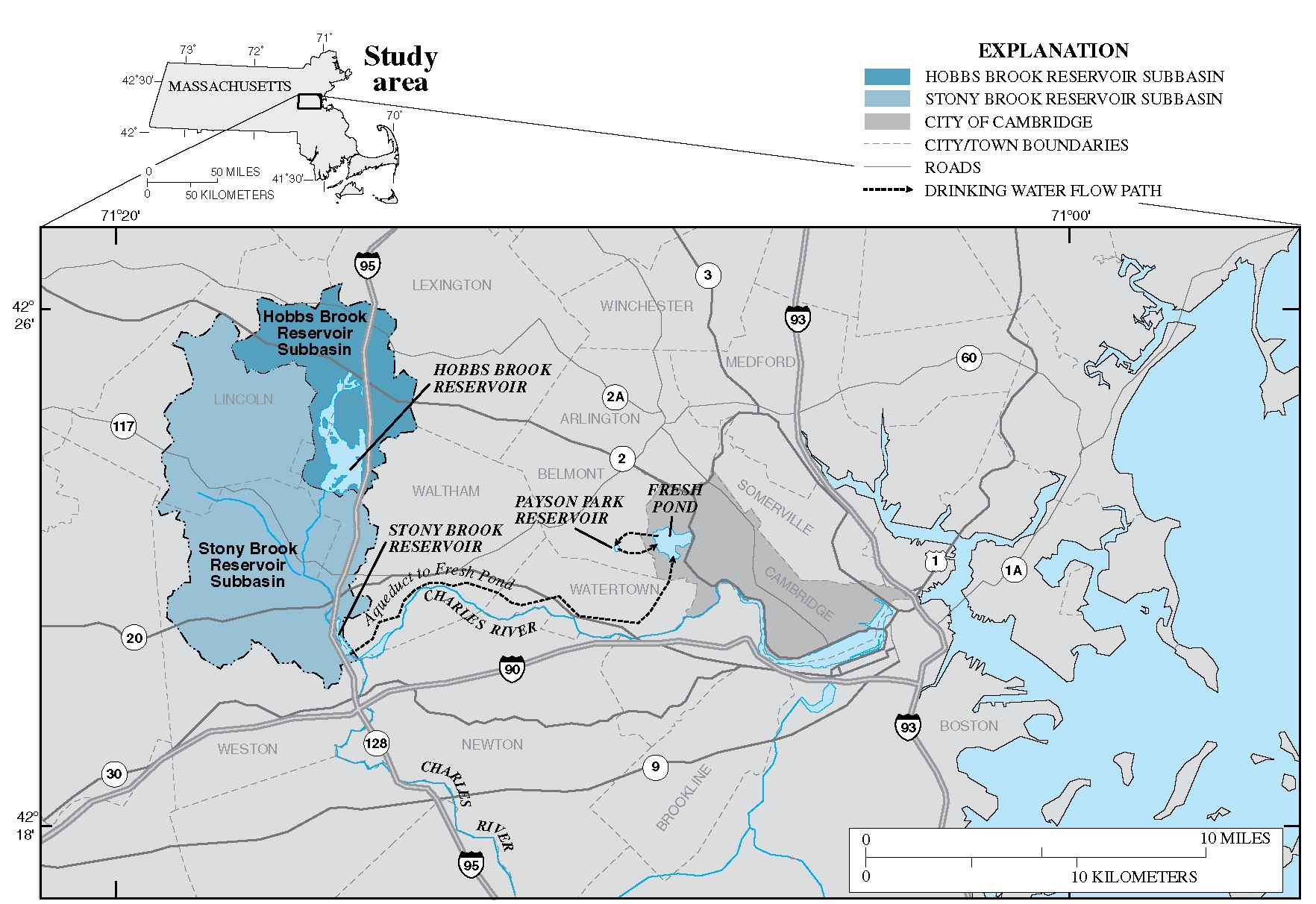 Sorry, I'm not sure what you're seeing there. The only thing I see around the Lexington-Waltham line on that first map... is the municipal boundary. Is there a screenshot missing?

Better: MassGIS view of the "what's with the last 50 feet?"

Or in GMaps, zoom in and fly around this point: 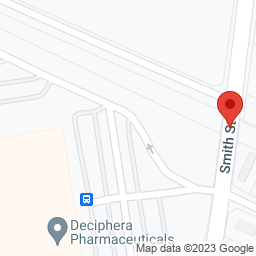 Is that not just a rendering of the town boundary? I'm definitely misunderstanding something.

George_Apley said:
Is that not just a rendering of the town boundary? I'm definitely misunderstanding something.
Click to expand...

It isn't just rendering. Consider how there are a series of 40' wide parcels created on the Waltham side of the Lex-Wal line:
From left to right:
249, 0, 69, 3
How did there come to be a continuos property line exactly 40' parallel to and south of the town line? To me that says "ROW was created"
Or that some primordial pair of landowners thought the town line was 40' south of where it was ultimately laid down. 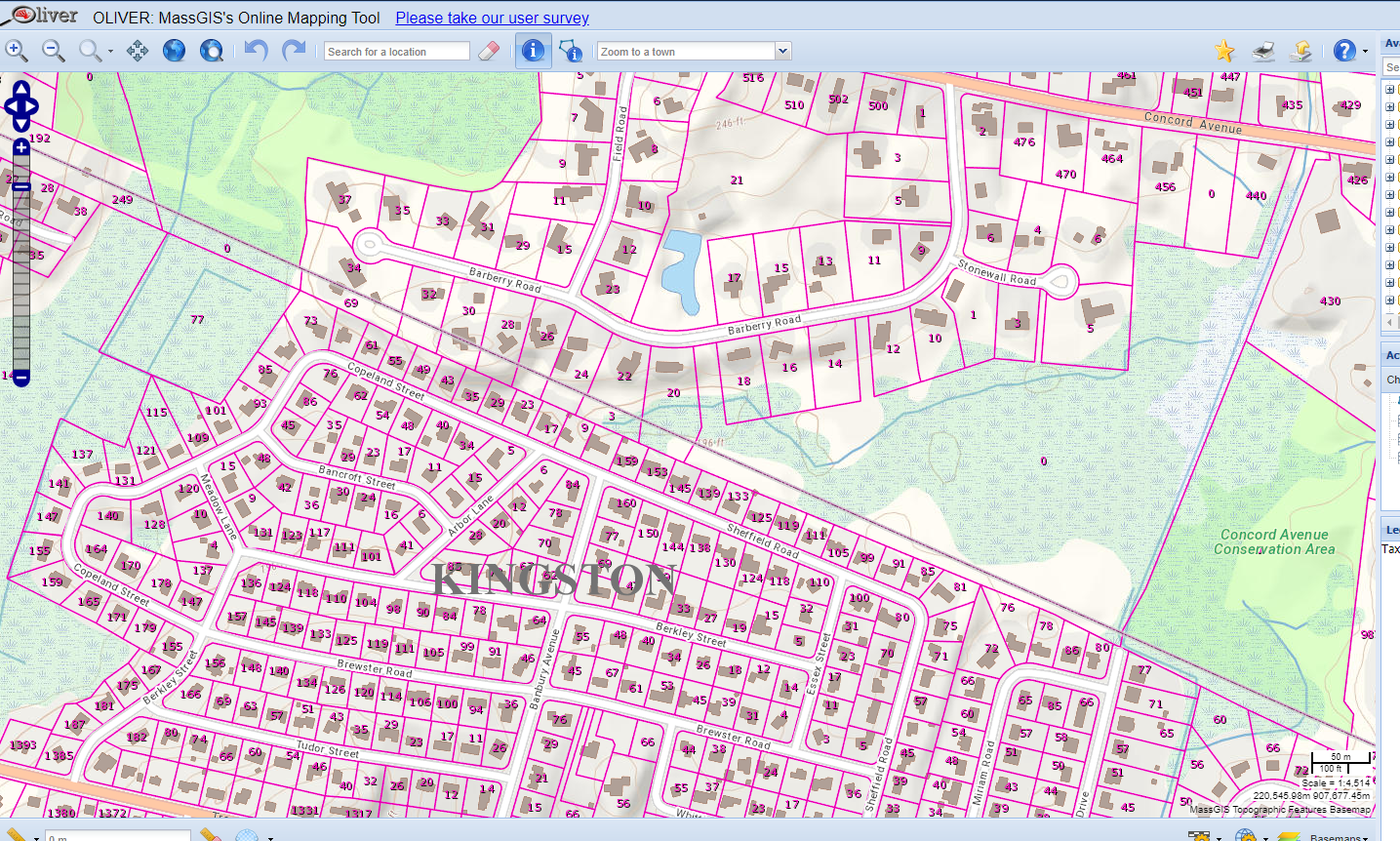 I interpreted it as property lines that intersect the town line, rather than a separate parcel. Like take parcel 24 in the image above. That parcel straddles the town line. The portion south of the line is part of Waltham's tax base, while the larger portion to the north is part of Lexington's. But again, I may be missing something here.

It looks like the lots follow an old stone wall. My guess would be a farmer in the 1800s thought he was building his wall along the town line, but oops.

"but oops" explains a lot of property/town/country line anomalies.

C-Town_Jeff said:
It looks like the lots follow an old stone wall. My guess would be a farmer in the 1800s thought he was building his wall along the town line, but oops.
"but oops" explains a lot of property/town/country line anomalies.
Click to expand...

Or that Lexington and Waltham were agreeing that the stone wall was the boundary but later found out that they had surveyed/agreed a line 40' north of the stone wall they thought they were using.

QUESTION NOW: if this isn't a water thing, what thread should the last 8 posts go in?
C