MassLive: Polar Park and other essential construction shut down amid coronavirus can resume this week in Worcester
C 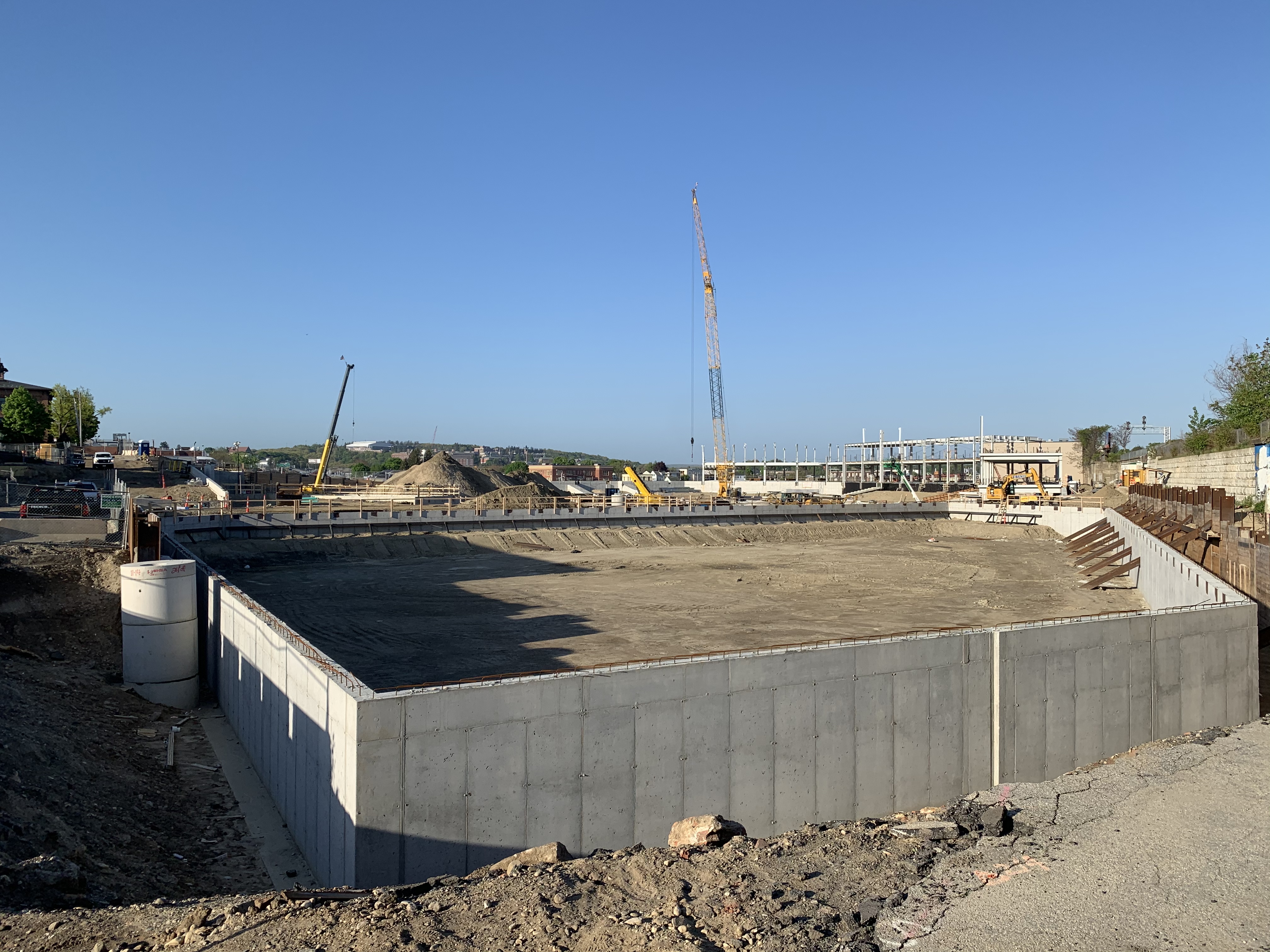 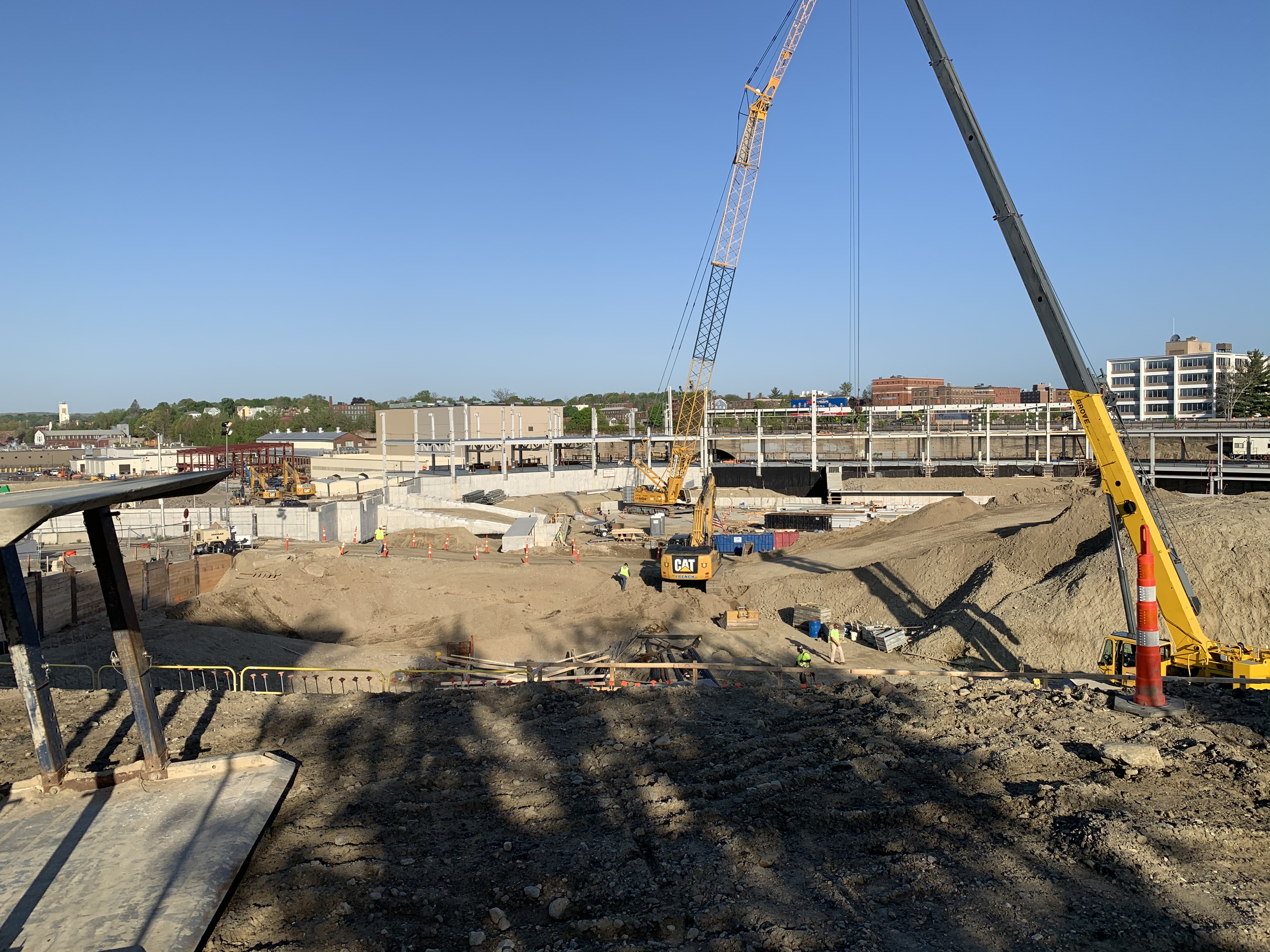 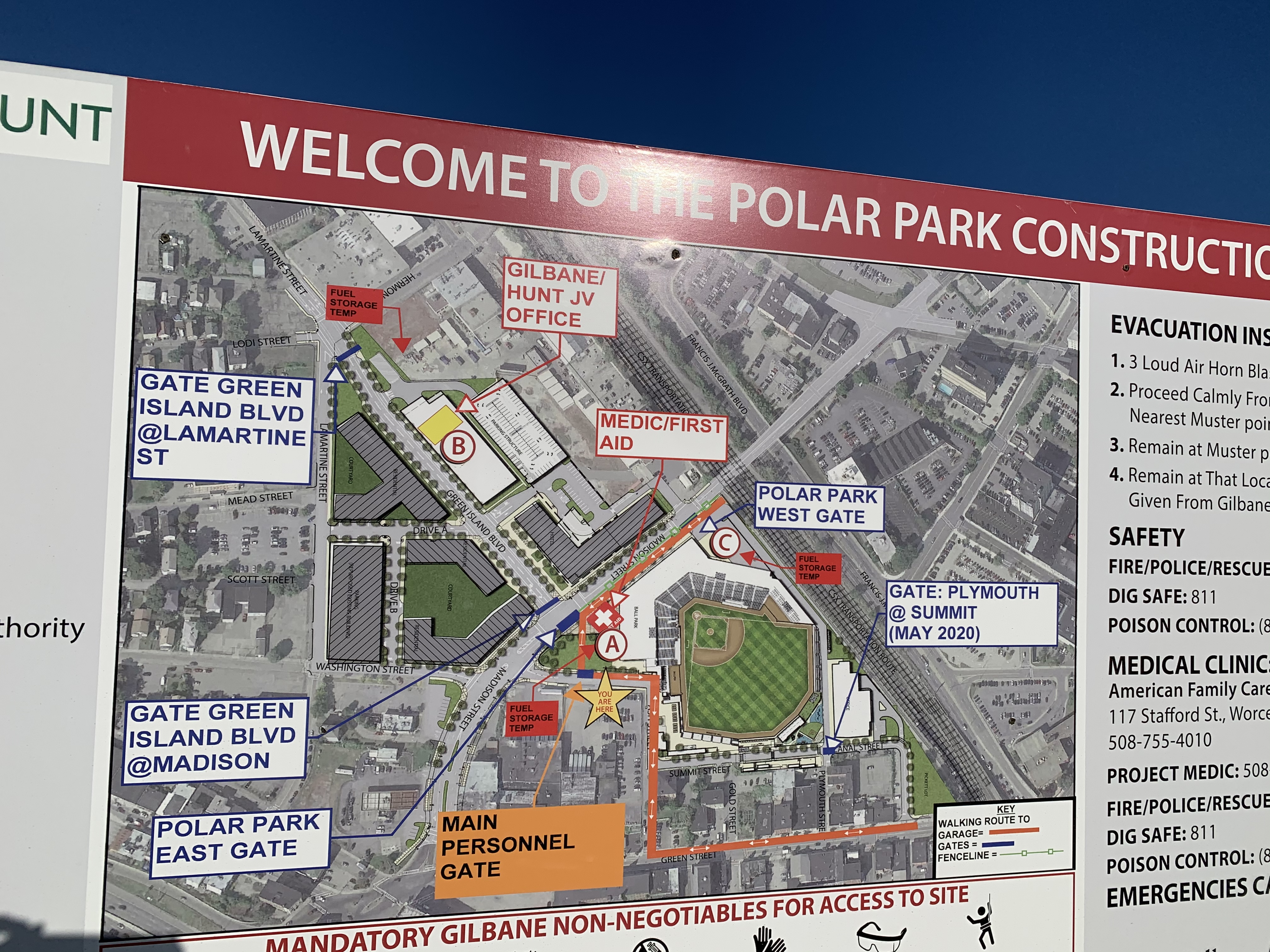 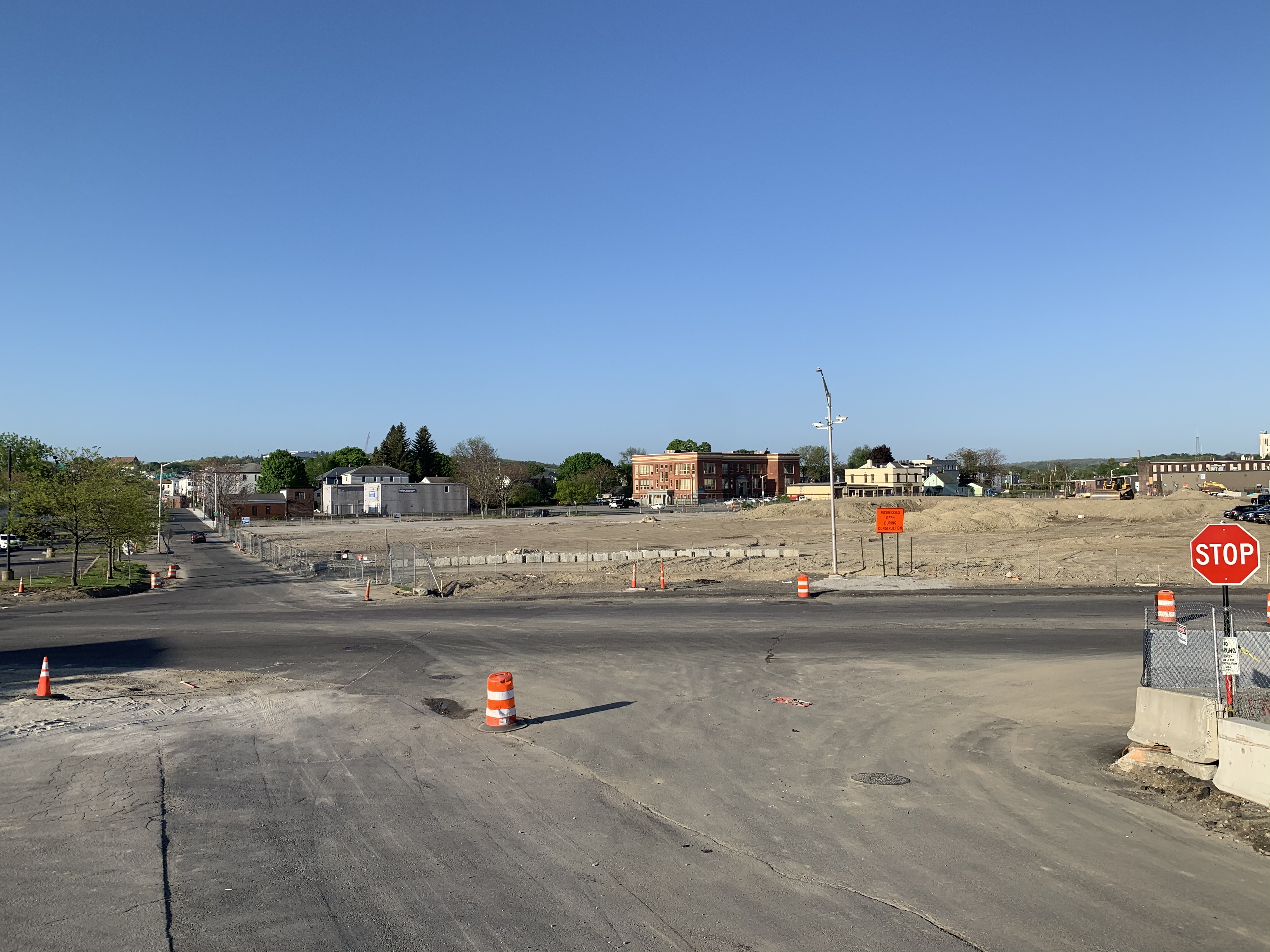 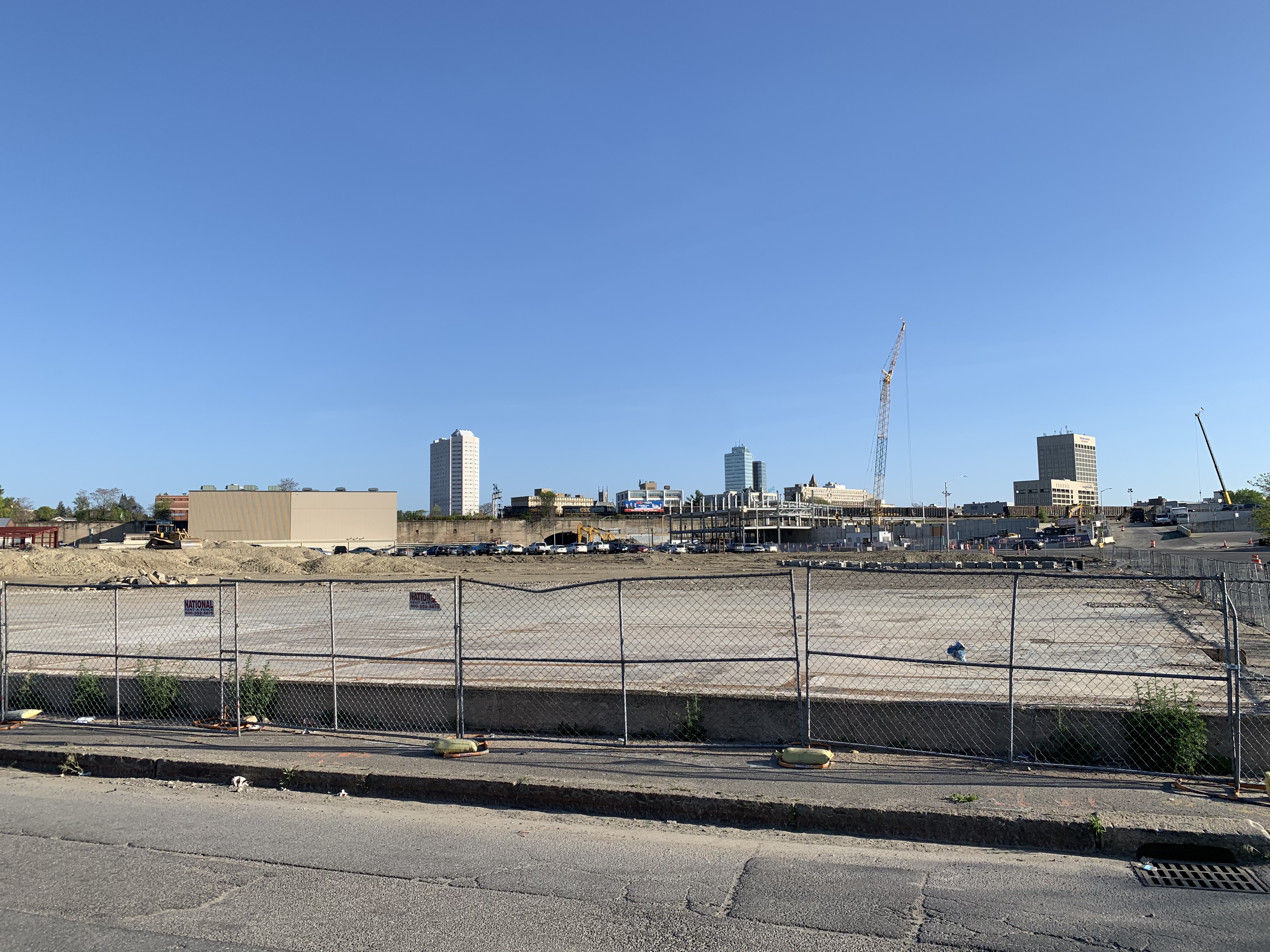 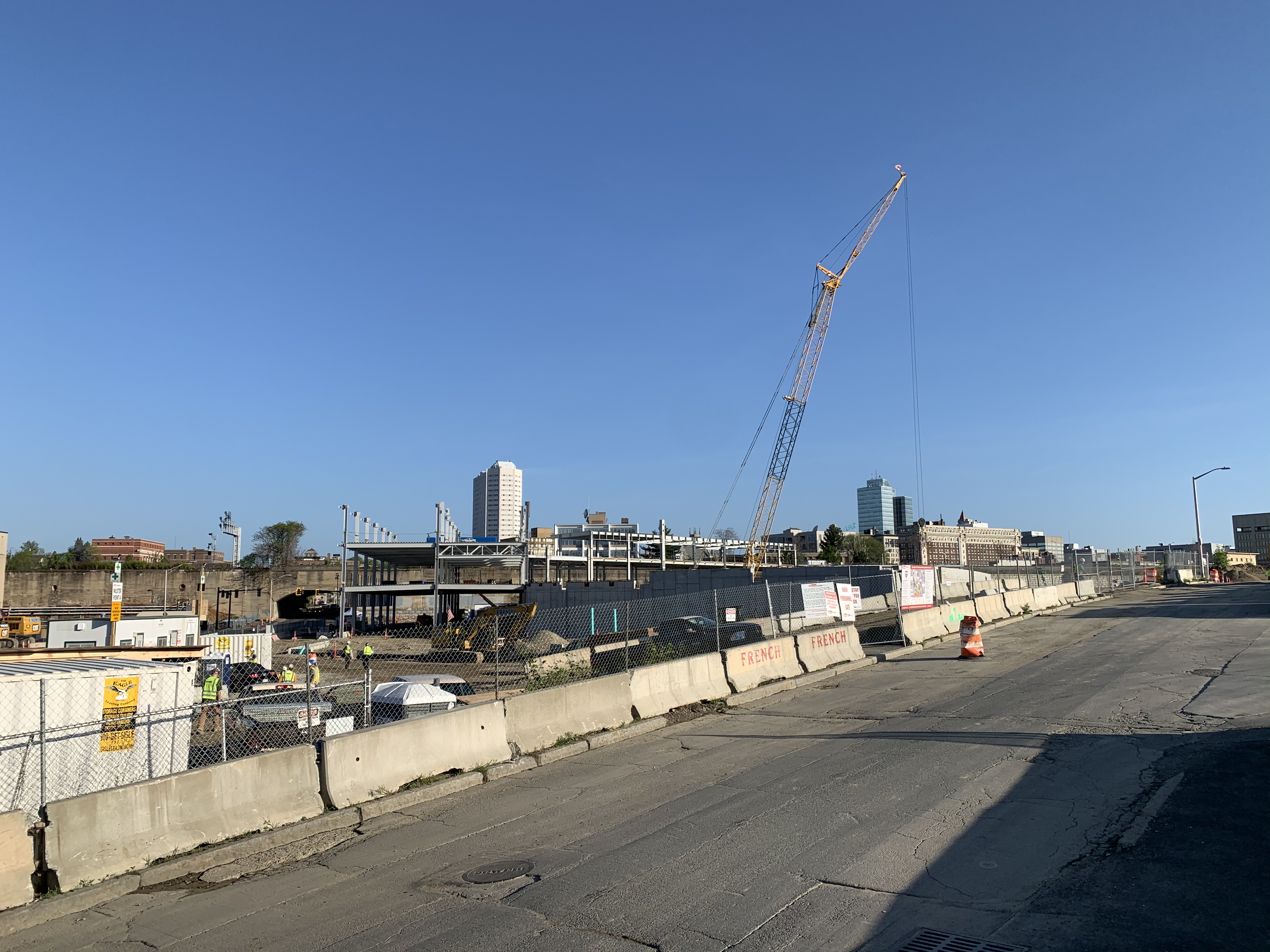 Hopefully this park gets utilized somehow...

Minor League Baseball could go down swinging due to COVID-19

It will be fine. The Red Sox still need a AAA team. Independent league's like the former CanAm are probably toast though.
C

Front of ballpark on Madison Street: 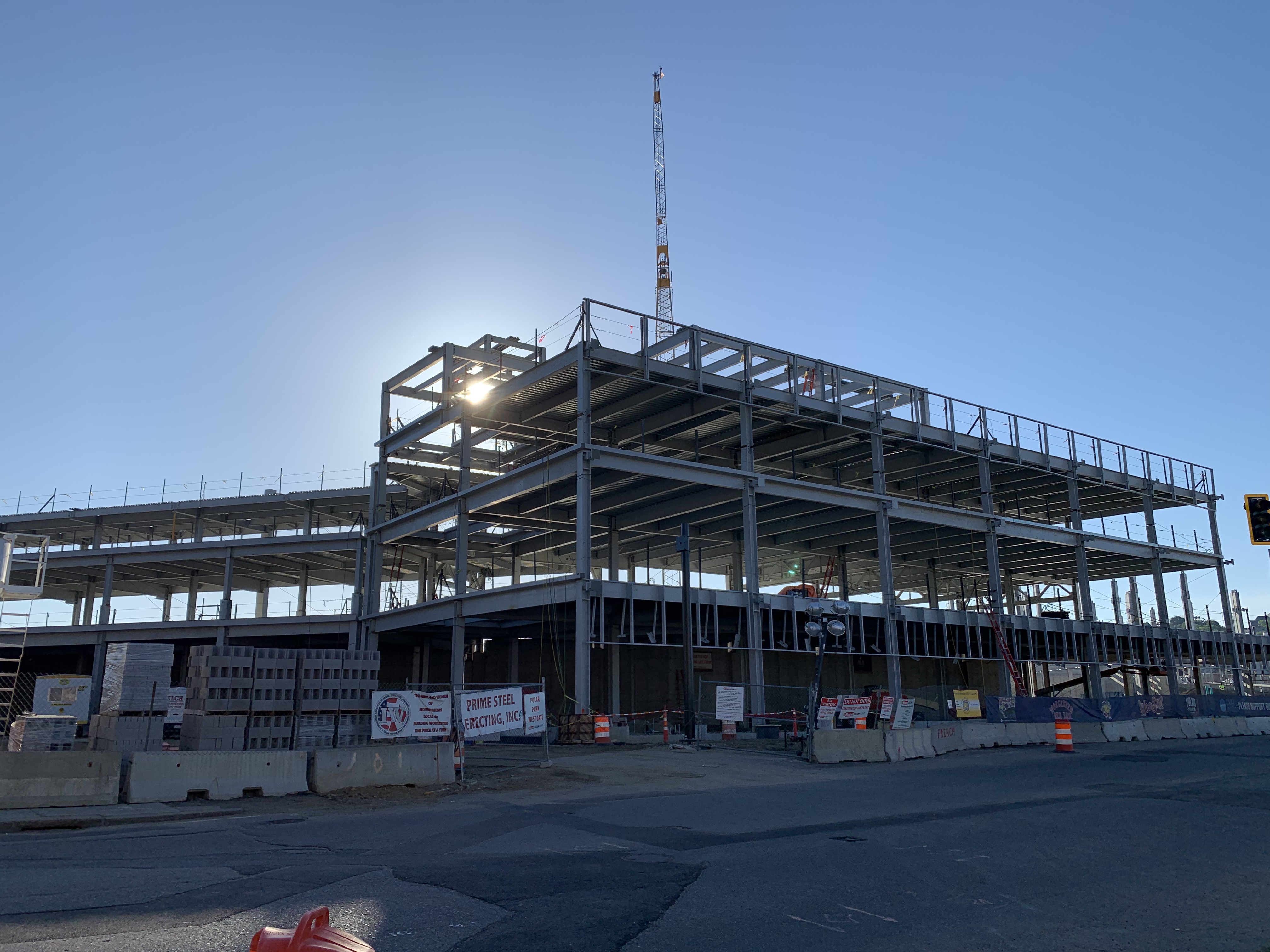 WORCESTER — After being blindsided by the COVID-19 public health crisis and the economic fallout from it, the more than $240 million

Interesting how this will play out now as the initial plans for paying off the debt is now in peril.

"Augustus said the city will be looking at recapitalizing more of the interest on the debt service in the early years and pushing it off to the later years. He said that would give the city a bit more breathing room.
We may need to restructure the debt in those first couple of years, depending what exactly the delay looks like,” he said.
R

That five story mixed-use building next to the diamond is on hold due to the anticipated downturn in office space demand; they’ll seal the foundation to continue construction at a later point: 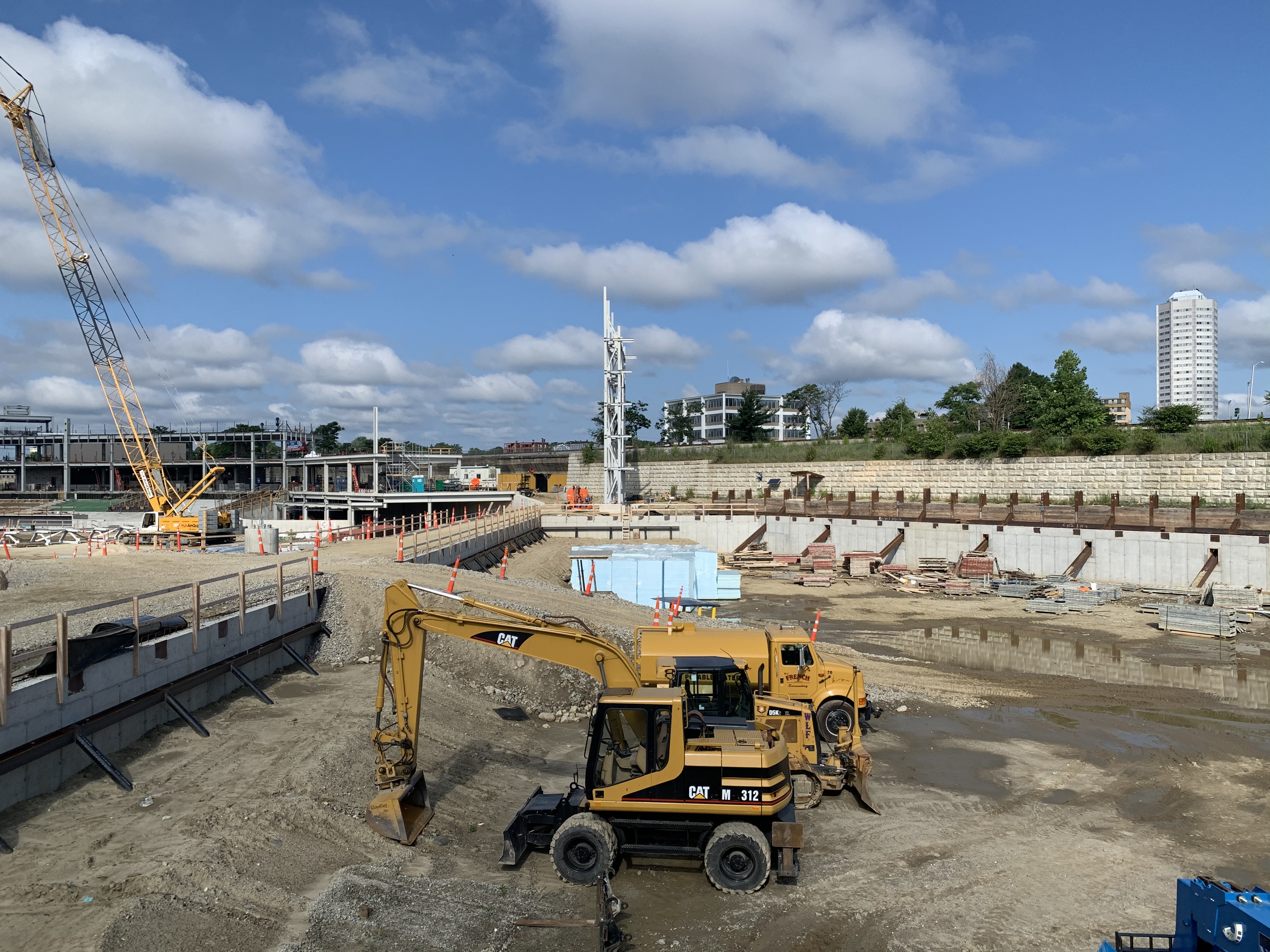 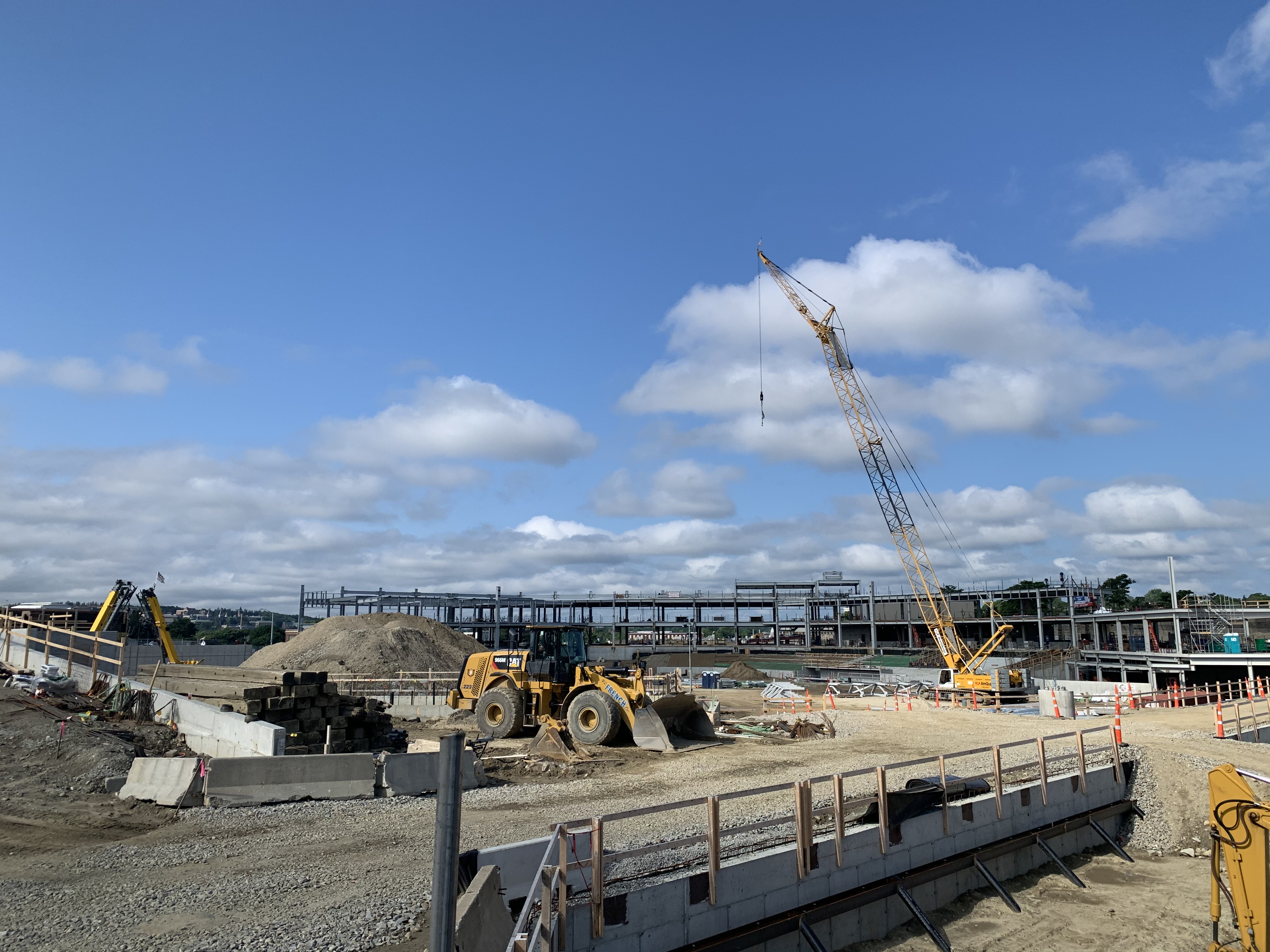 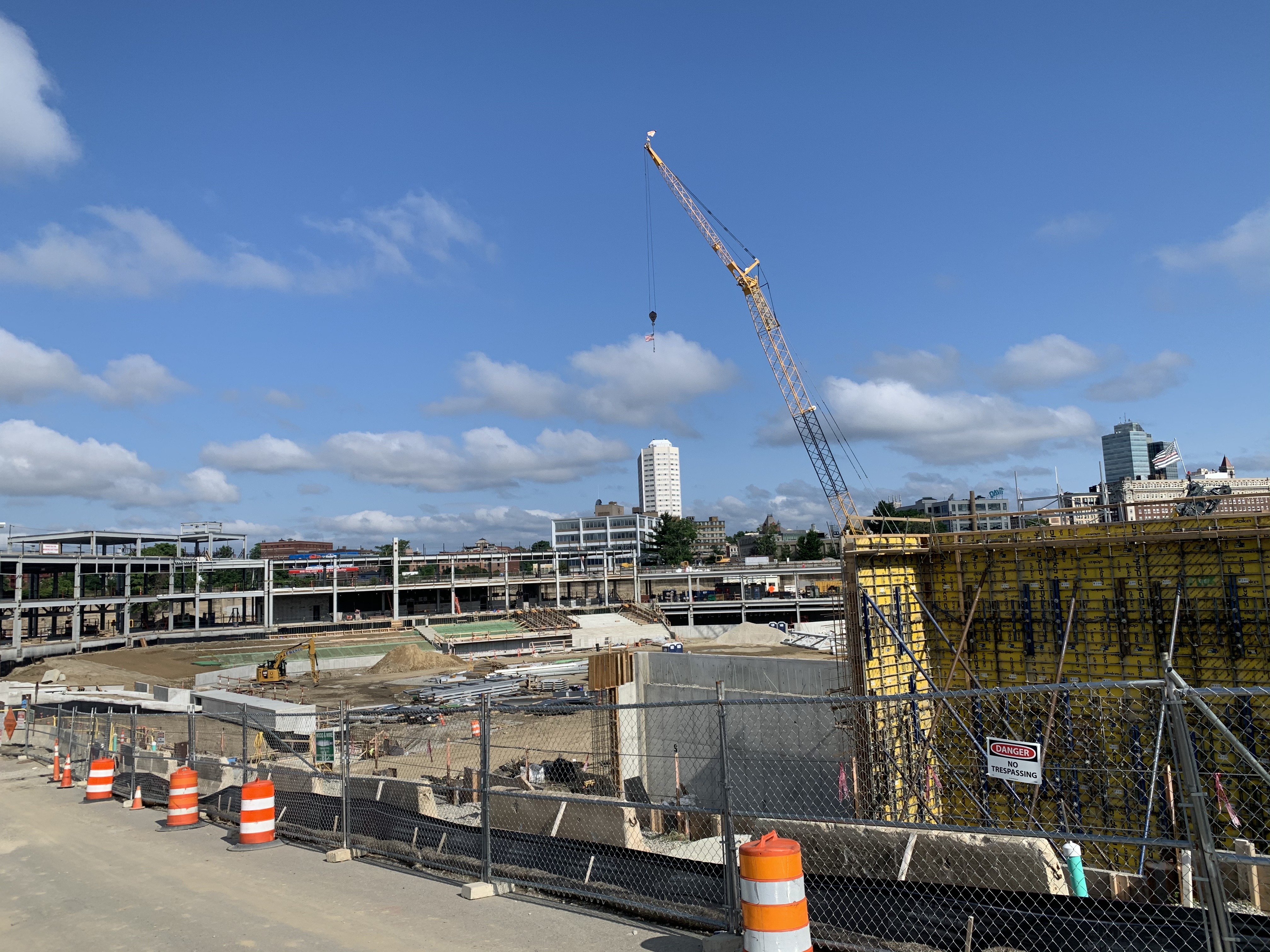 WORCESTER — The project manager hired by the city to oversee construction of Polar Park is seeking more than $750,000 in additional payments

Interestingly, the 6 week shutdown did not impact the schedule, unless work is being made up with OT or other means.
C 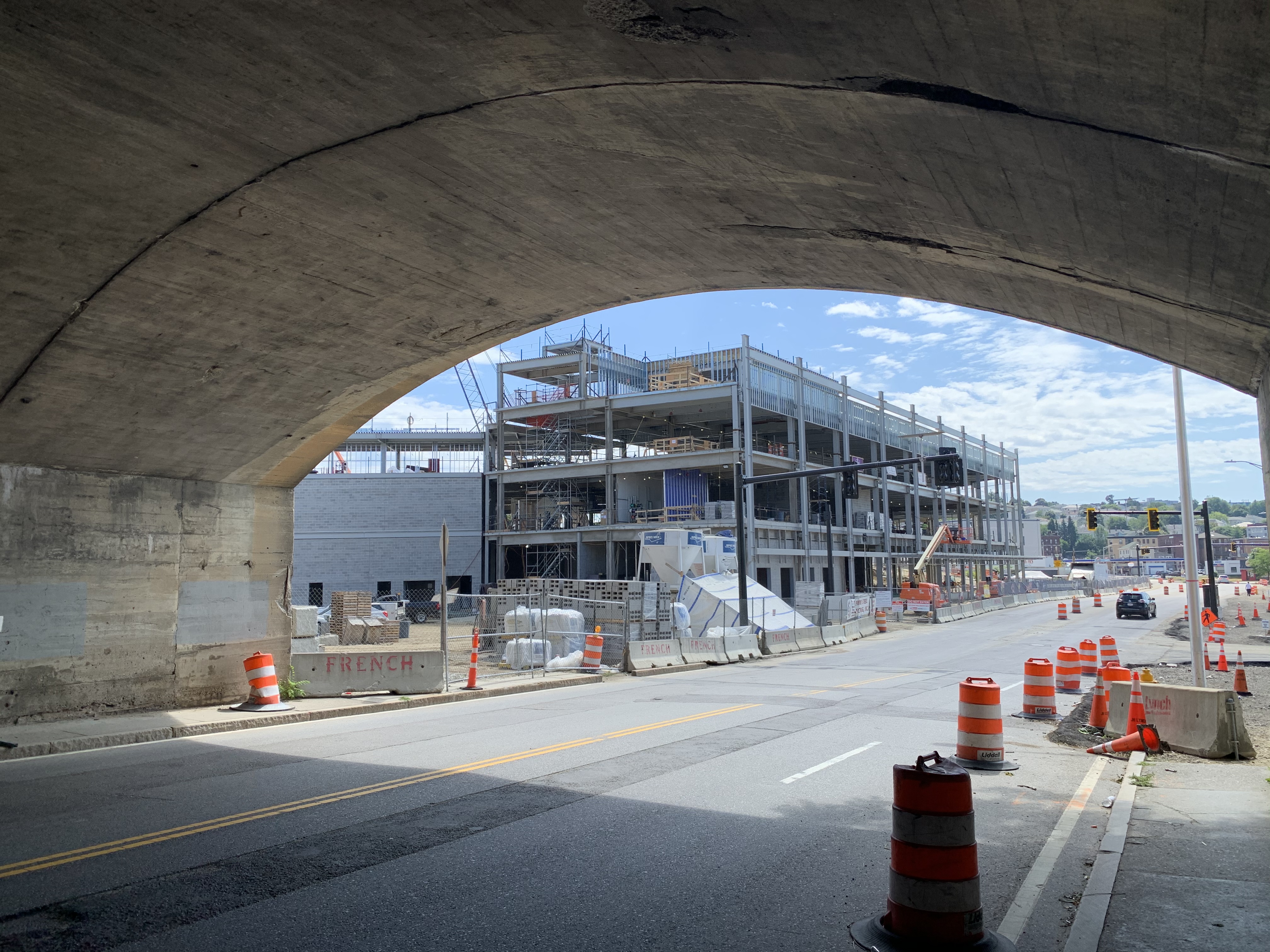 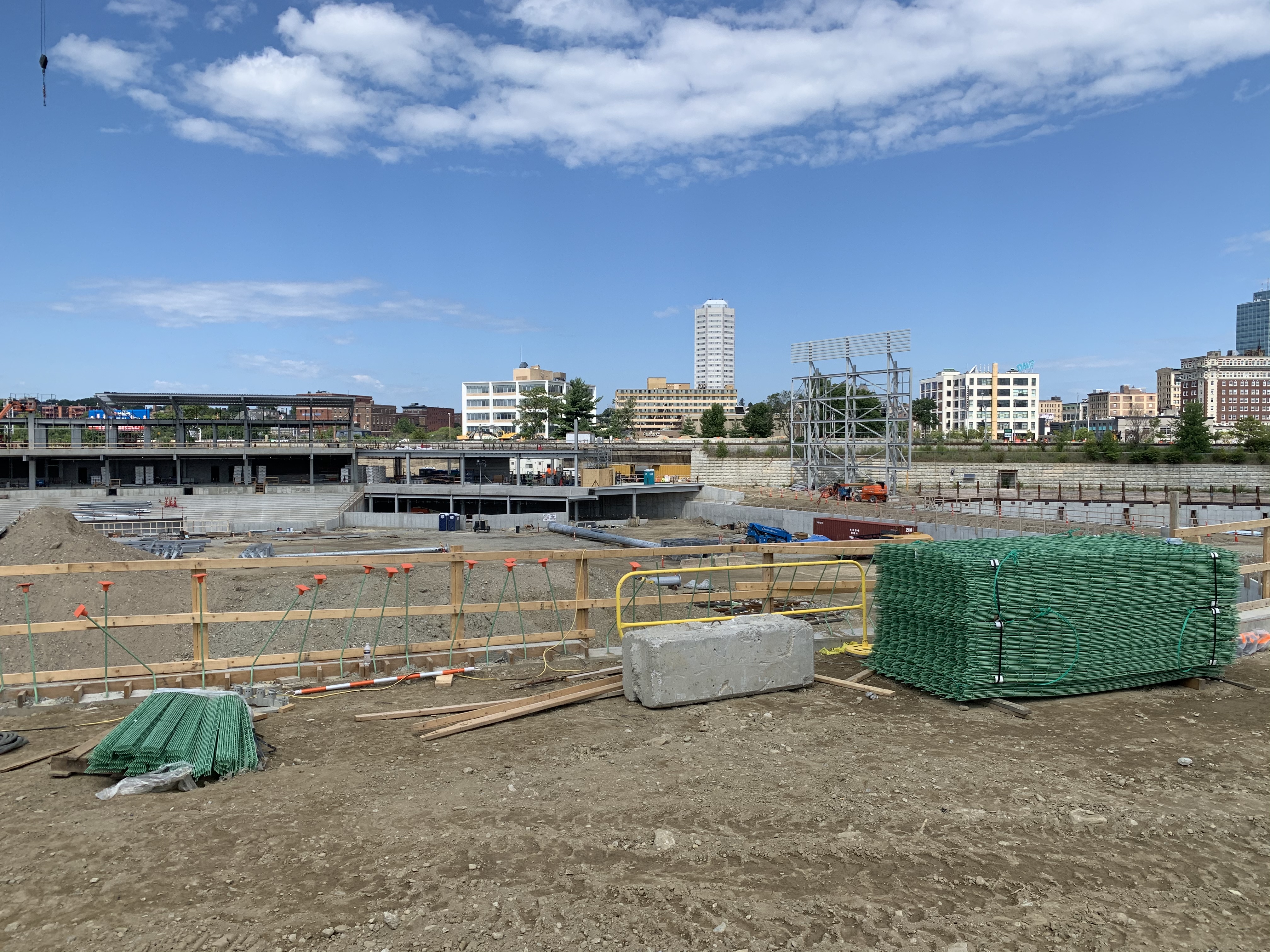 WORCESTER — The Worcester Red Sox on Monday revealed nine jerseys and seven caps they have created for the new ball club, with team officials

Some foamer on NERail has decided that the WooSox construction site is his new perfect place to photograph the Lake Shore Ltd. The postings--all of them Amtrak trains--have been more or less weekly for the past month, so I guess that's shaping up to be an oblique way to monitor construction progress. (Nice kite, BTW.)
C

I don’t think we’ve seen these yet: 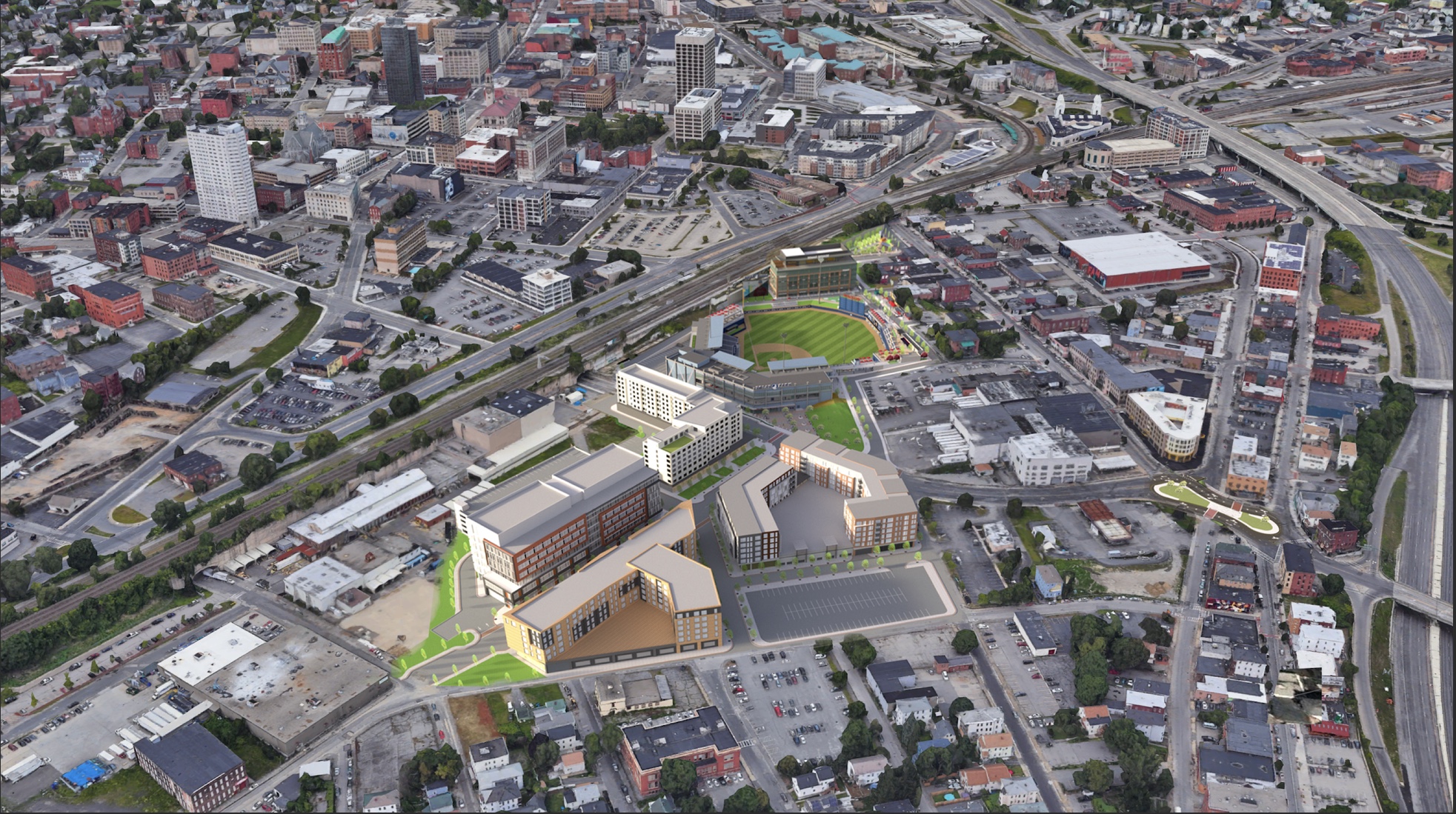 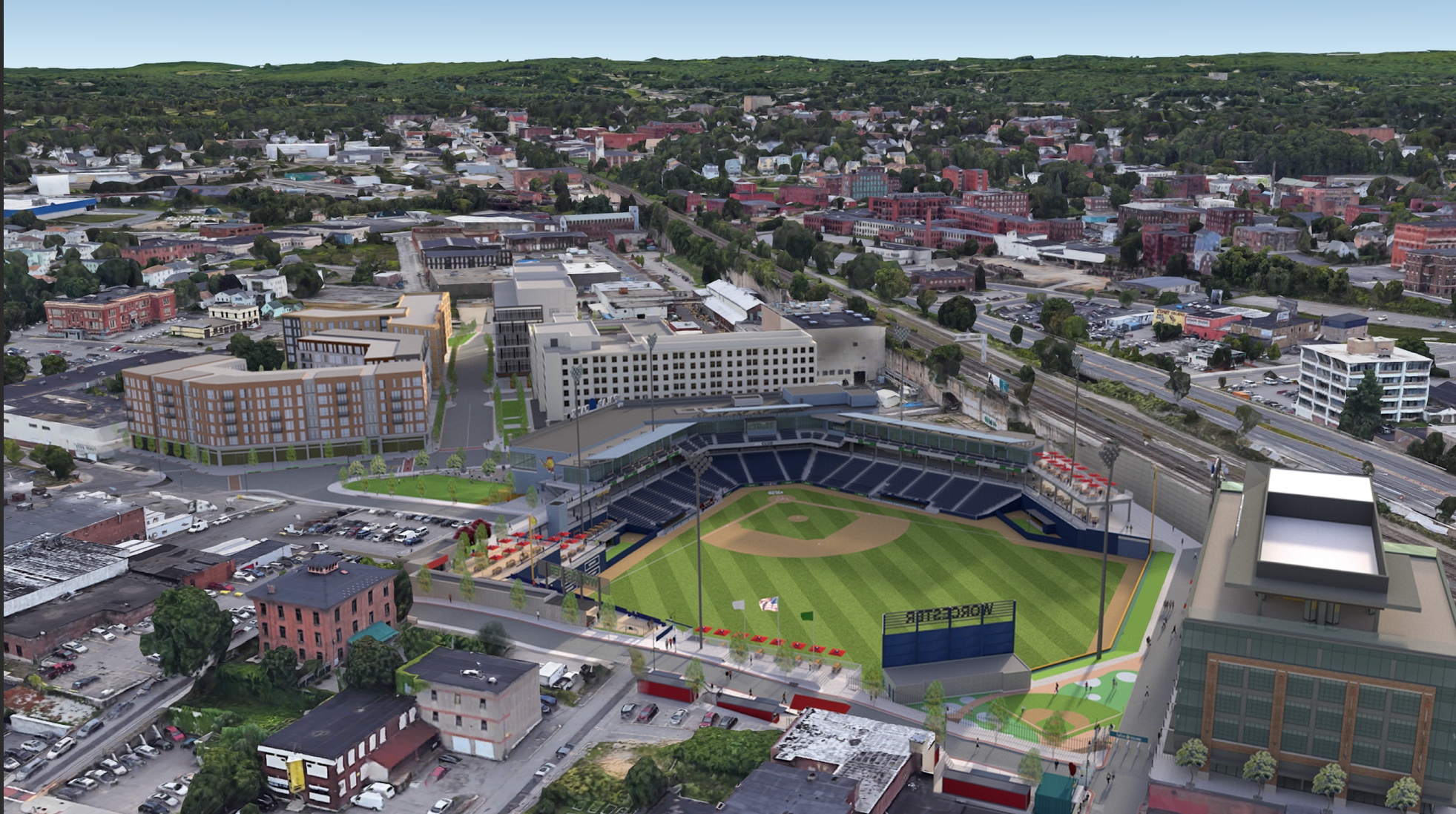 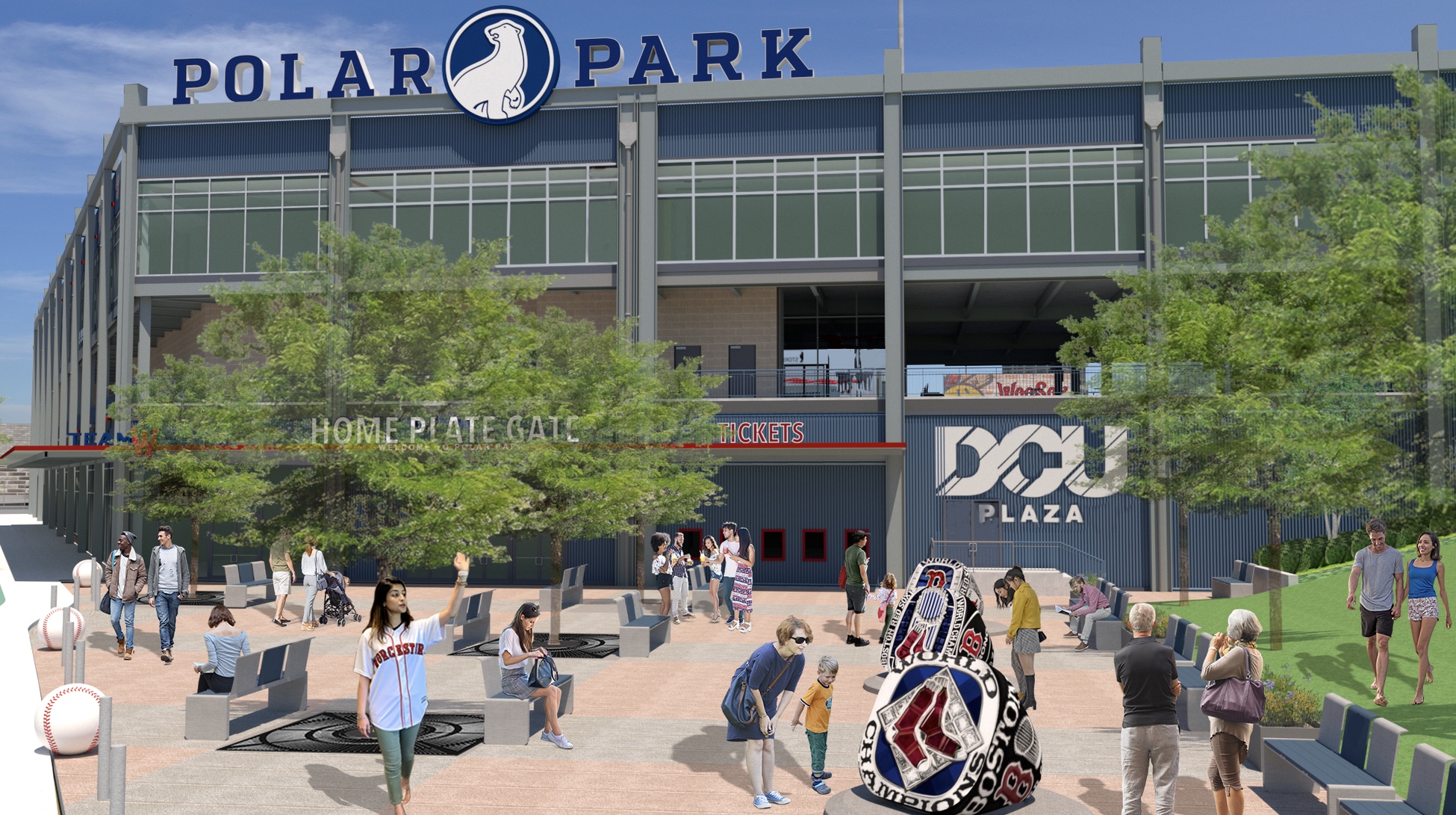 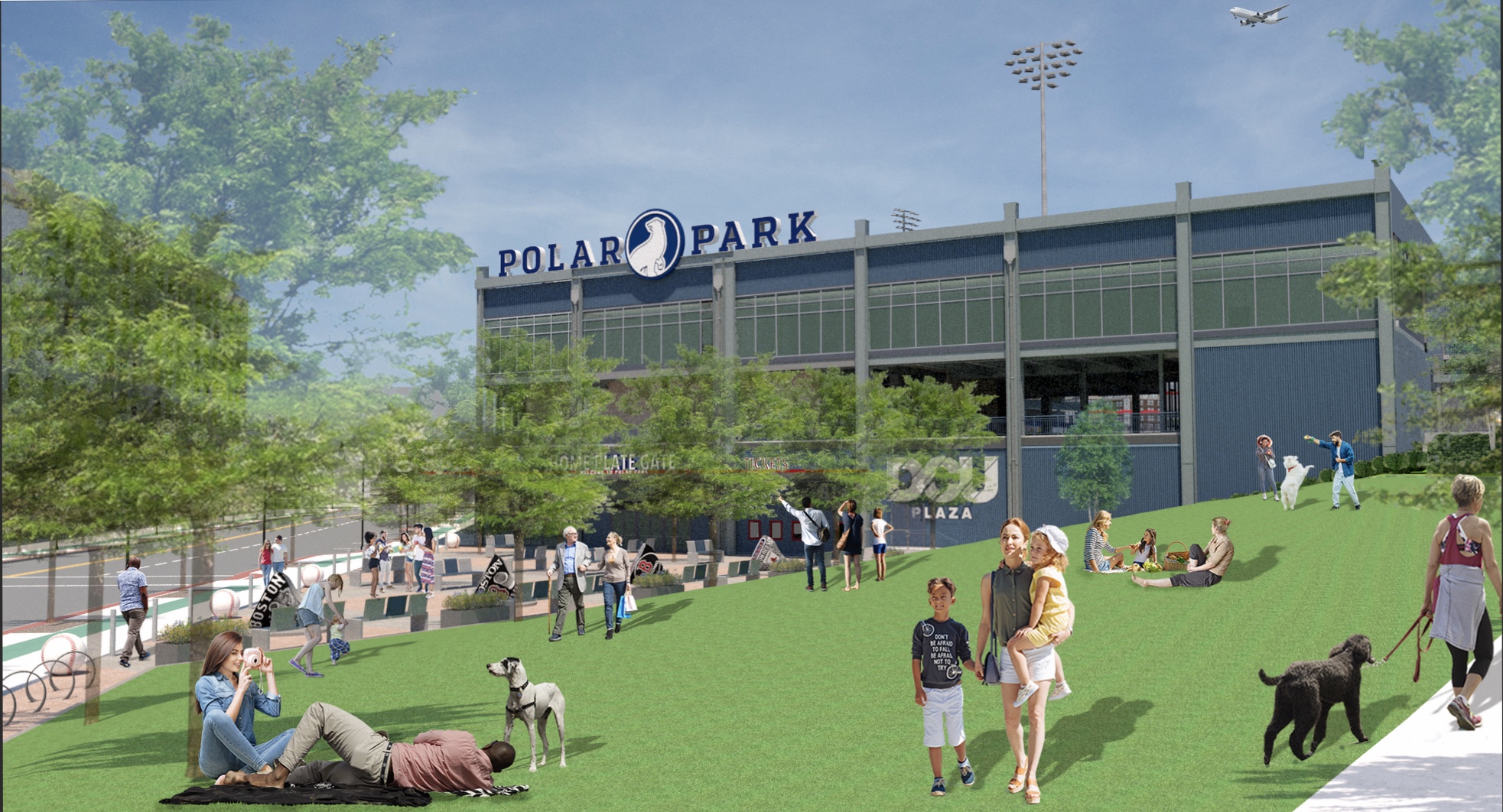 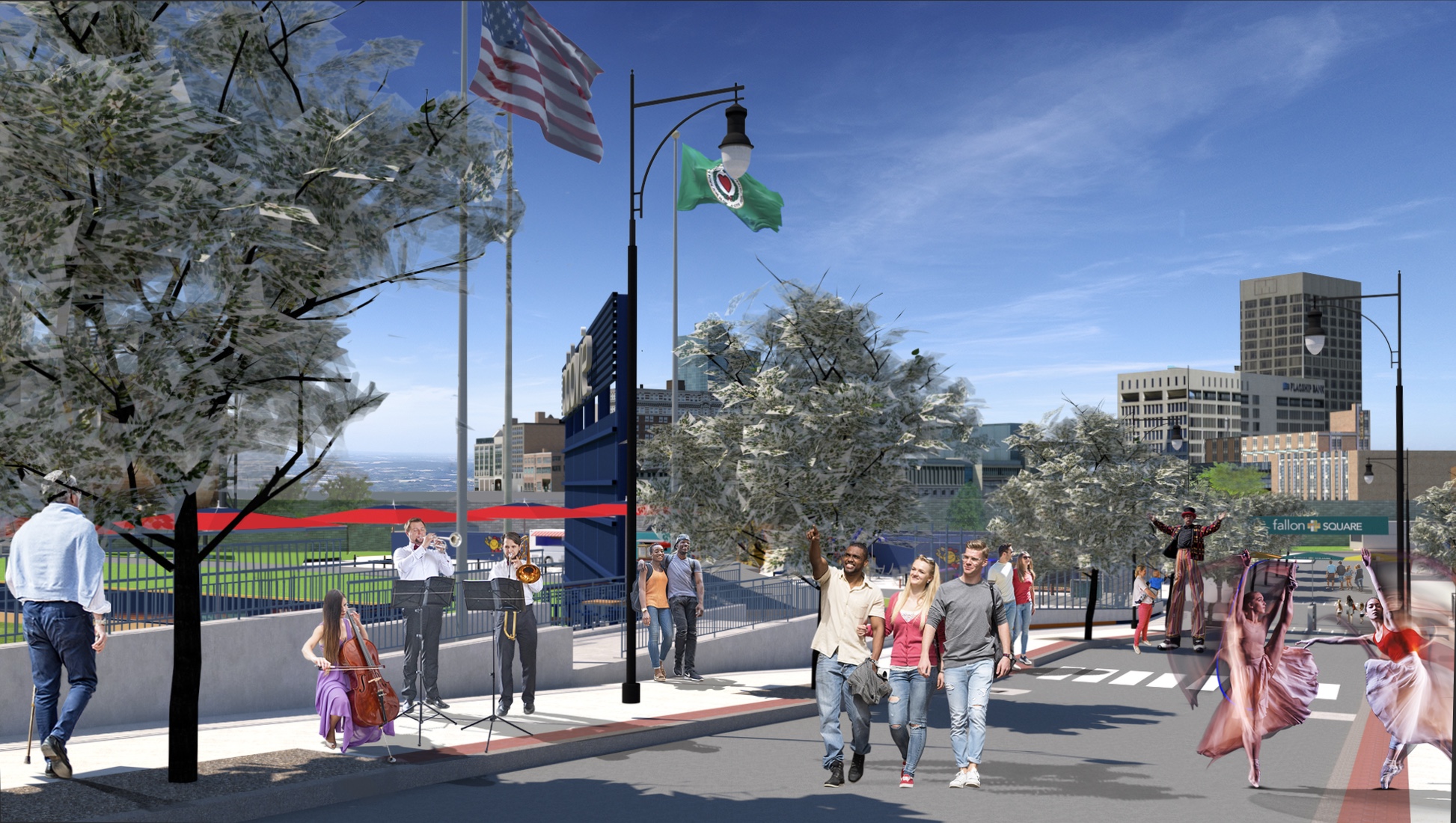 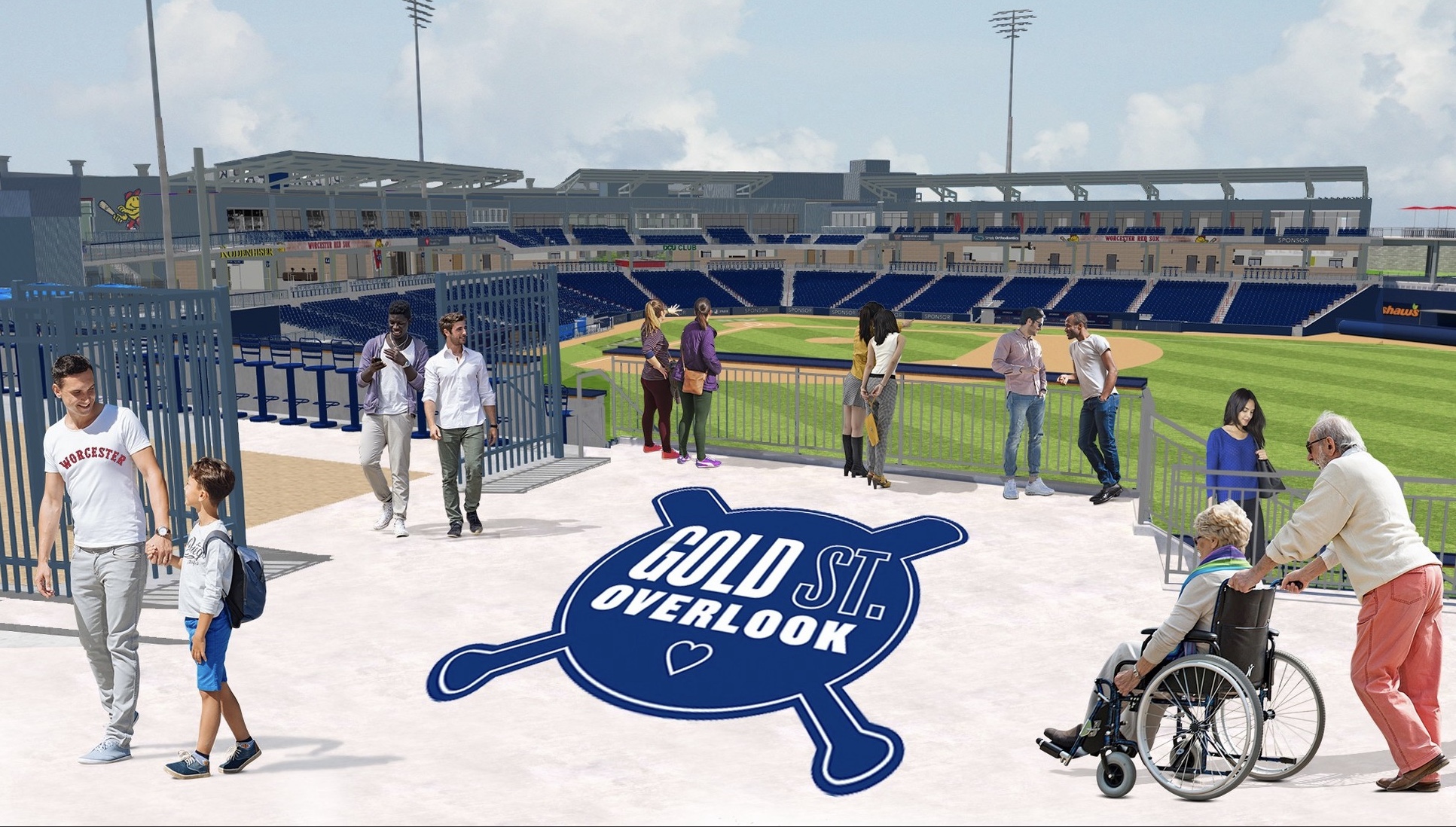 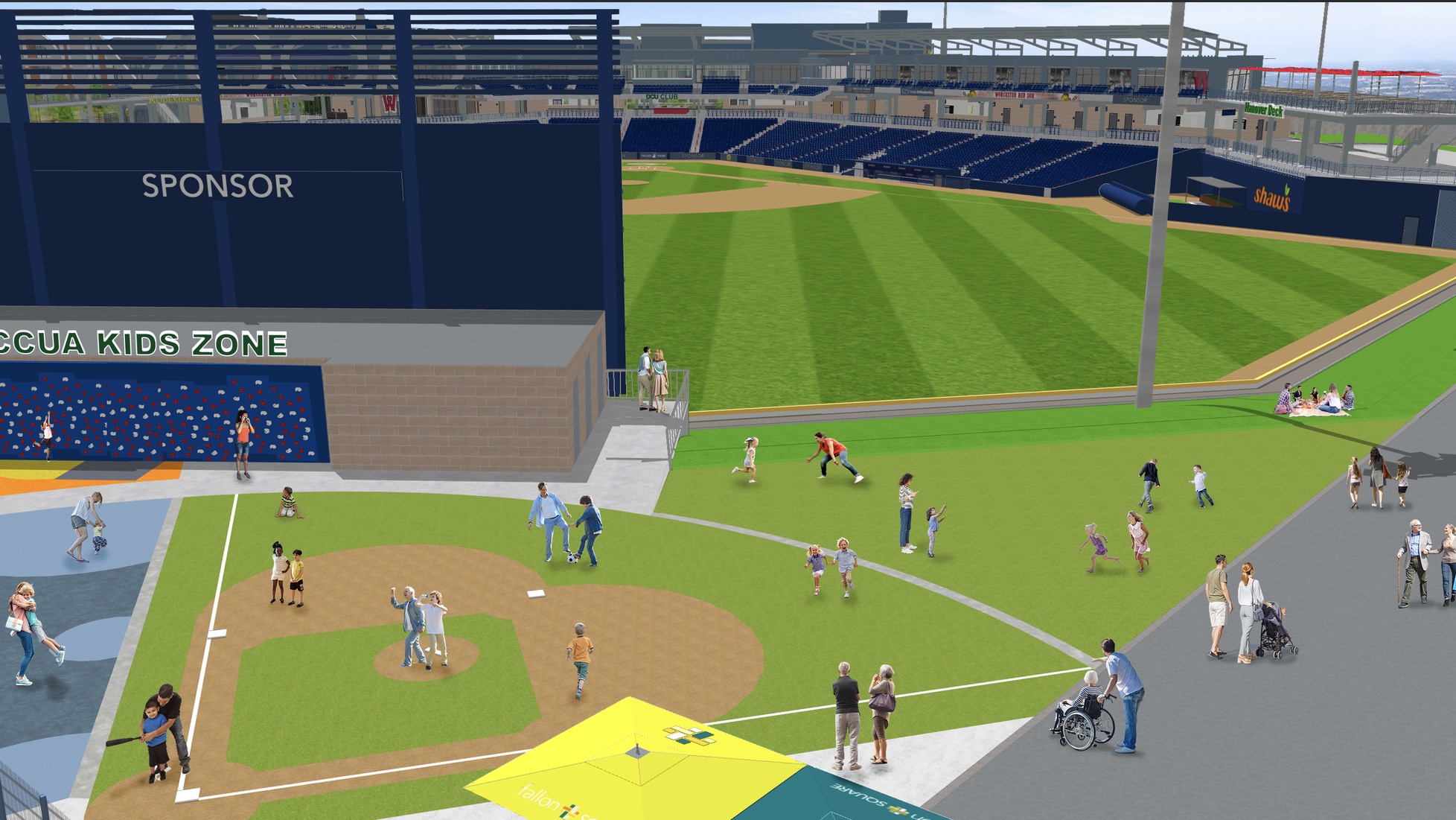 Under negotiation: Worcester yet to finalize PawSox deal or obtain deed for ballpark property

More than two years after Worcester city officials announced the Pawtucket Red Sox were moving to the Canal District, there is no formal lease agreement legally obligating the team to come to Worcester.

And about six months before the minor league baseball team is scheduled to begin play in a new $132-million public stadium, the city government still doesn't own the property on which its ballpark sits, even as construction on the project is well underway.

Also, the city has no binding agreement with Boston developer Madison Properties to build a $125-million mixed-use project just outside the ballpark, which the city is relying heavily upon to create new tax revenue to allow the city-owned Polar Park to pay for itself.

While this lack of formal agreements is unusual and behind schedule, they don’t mean the PawSox aren’t moving to Worcester or the mixed-use project won’t happen, especially because the team, the city and the developer all have been very vocal and public about their commitment to the massive development. The PawSox, for example, held three Worcester ceremonies in the span of one week in August — two for construction milestones and another to unveil the jerseys the team will wear after it moves.

However, the lack of signed documents does give the PawSox and Madison negotiating power over the city, at a time when the construction costs are over budget and the coronavirus pandemic coupled with economic uncertainty calls into question the near-term viability of the surrounding development.
Click to expand...

Welp, my taxes are about to shoot through the roof.
M

Wouldn't be the first time the Worcester city government has shown extreme incompetence.

The planned $125-million mixed-use development surrounding the Polar Park baseball stadium in the Canal District will be smaller than anticipated and be realized about two years later than initially scheduled, according to a report to the Worcester City Council from City Manager Edward Augustus released on Friday.

This hotel-apartment-office-retail development from Boston-based Madison Properties has been planned as key to the city paying for the 30-year financing on the $132-million public baseball stadium for the minor league Worcester Red Sox without having to tap the city's pre-existing tax revenue streams. According to Augustus' report, the stadium development will still pay for itself through the tax collections on the specially created district surrounding the ballpark, as the city has restructured its debt repayment schedule and will realize revenues from other developments on the site.

The report on Madison's development on Friday detailed the changes to the five aspects of the property, showing some have been reduced in size, and whose completion has been delayed until September 2022 or later, with the last aspect completed in December 2024:
The report did not total the anticipated value of these construction projects. When originally announced in 2018, Madison was due to invest $140 million into the properties. In January, Augustus reported private development on the ballpark site had been reduced to $125 million. The value of four projects detailed in the report on Friday now totals $49.3 million, which doesn't include the first residential building whose value wasn't mentioned.

Many of the markets slated to make up the Madison development -- hotel, office space and retail -- have been adversely impacted by the coronavirus pandemic.

As the Worcester Business Journal reported Monday, the parking garage being built by the city and leased to Madison properties development's parking garage will also be delayed. The garage, which is relied upon in large part to provide parking for fans for Worcester Red Sox games, will now be ready by next fall instead of the spring.

The number of planned parking spaces in the garage has been reduced from 525 to 340. Because of the lower number of spaces, the amount in lease payments Madison is paying for the garage has dropped from $275,000 annually to $178,000. Those amounts are fixed for five years; in the following years, the lease payment is dropping from $300,000 annually to $194,000.
Click to expand...

In that article I liked (post #117), there's also this little bit of optimism:

Augustus' report unveils a potential second development next to the ballpark: the four-acre site where a Table Talk Pies manufacturing building now stands, for which Table Talk is in what Augustus called advanced talks with an unidentified developer for a new project. Table Talk broke ground this summer on a new industrial site on Gardner Street.

The report also said the city has found a buyer for five adjoined small parcels between Green Street and the ballpark site, a planned deal officials previously announced. The buyer is Churchill James, a limited liability corporation registered to Thomas Keane of Charlestown and Harry DiLeo of Worcester.

Churchill James is looking to build a candlepin bowling alley at the site, along with roughly 80 residential units in a five-story building, according to the city.

Churchill James is buying the site for $3 million, the city said, which offsets what the city paid for the properties. The city bought those properties — at 85 Green St., 2 Plymouth St., and 5, 7 and 8 Gold St. — as part of a deal to acquire an adjacent site needed to build the ballpark.
Click to expand...

The WooSox construction site foamer's been back shooting CSX trains from the park. From NERail this weekend. . . 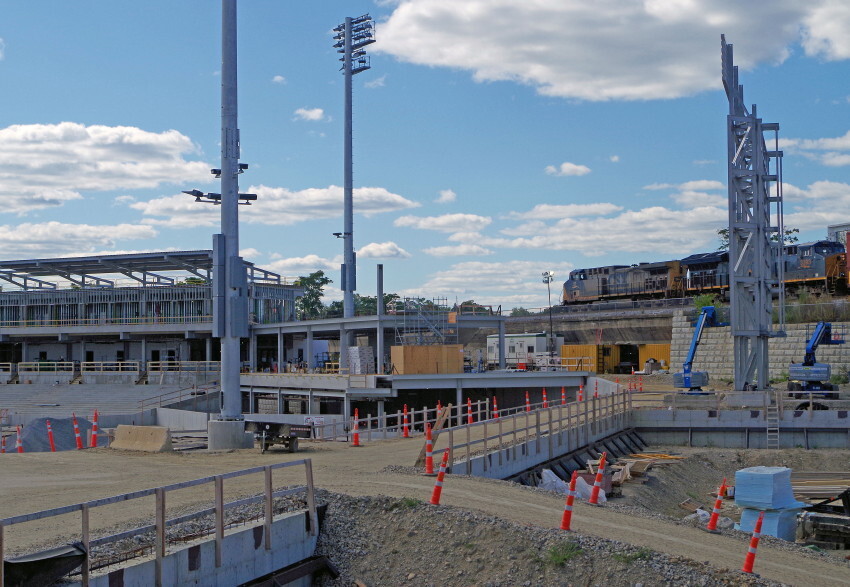 F-Line to Dudley said:
The WooSox construction site foamer's been back shooting CSX trains from the park. From NERail this weekend. . .