Zash said:
It wasn't necessarily nixxed by the rail people. NEU themselves shut that down after they saw through experience how big of a pain it was to deal with working over so many active ROWs.
Click to expand...

I heard that it was the MBTA that nixed it but maybe Northeastern didn't fight it for the reason you mention.

TomOfBoston said:
I heard that it was the MBTA that nixed it but maybe Northeastern didn't fight it for the reason you mention.
Click to expand...

The bureaucracy surrounding multiple rights of way (ROW) where the the Arc bridge was constructed was the reason cited by Northeastern for giving up on the second half of the Arc bridge to Sciences Quad. Although it would've been constructed as one construction project, it was officially two bridges, which means it was two crossings (quite close to each other). MBTA, Amtrak, MassDOT, City of Boston, multiple utilities, et al need to sign off on each bridge project like that one, not to mention the state and federal environmental reviews, maintenance planning, and multiple levels of public engagement (not simply a BPDA hearing or NU Task Force meeting). The approval timeline for the arc bridge did not align with NU's needs for a high volume pedestrian crossing, so NU made the call to only pursue the one crossing and plan around that.
T

An animated flyover of the completed project and various architectural drawings from the architect Payette.
Click to expand...

The top floor patio looks amazing. I hope that it is actually built like the drawings.

TomOfBoston said:
The top floor patio looks amazing. I hope that it is actually built like the drawings.
Click to expand...

HelloBostonHi said:
I also hope it doesn't become an executive event space and maintains some level of public access
Click to expand...

With how it looks to be in relation to the rest of that particular floor, it doesn't seem like it'll be cordoned off from the public. I'm thinking more so along the lines of the Curry Student Center Terrace.
T

From the flyover EXP seems to dwarf ISEC.
Z 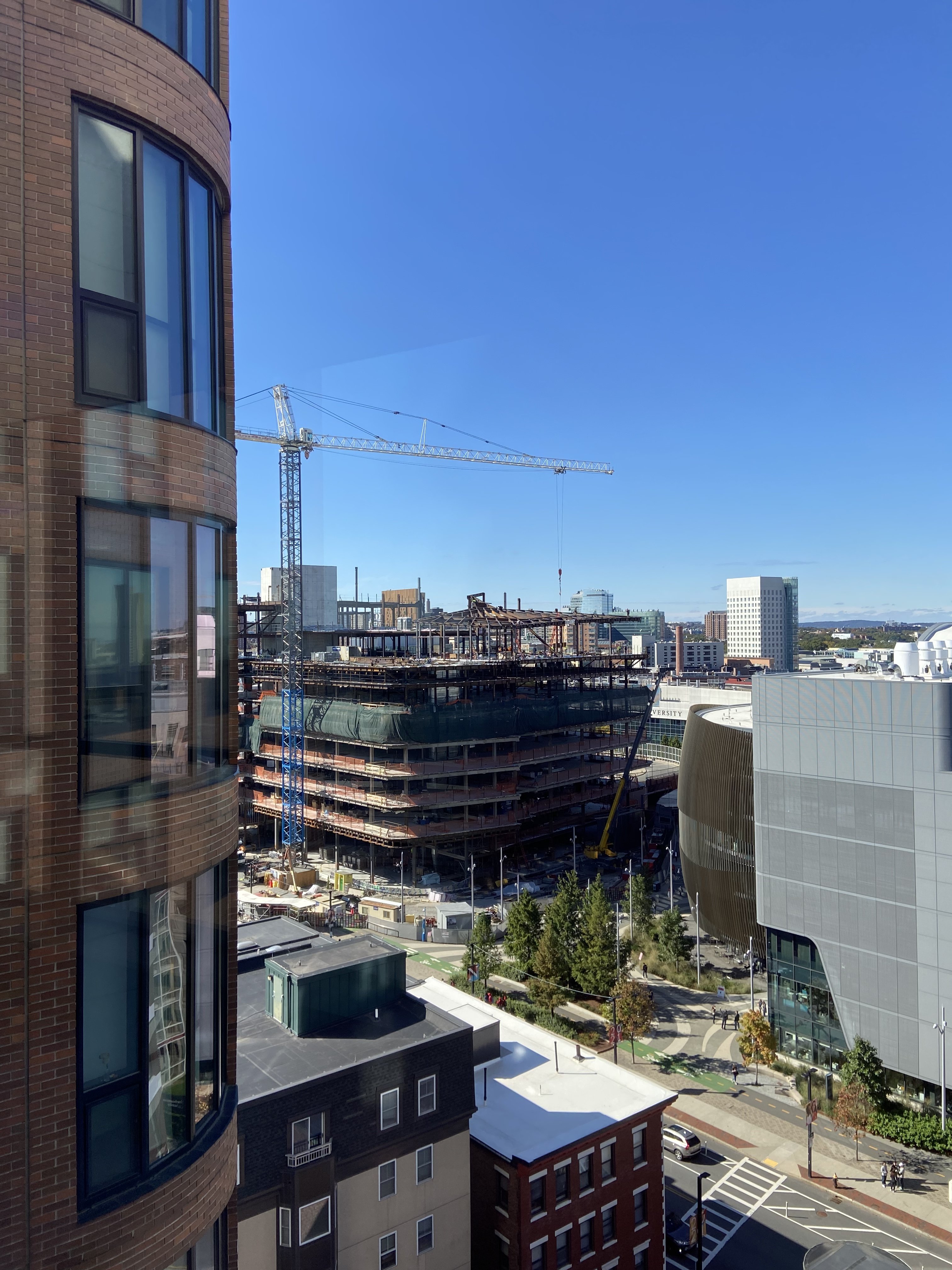 Steel work being done on the roof structure

Found the construction cams complete with some fun timelapses: https://app.oxblue.com/open/suffolk/northeasternuniversity
A 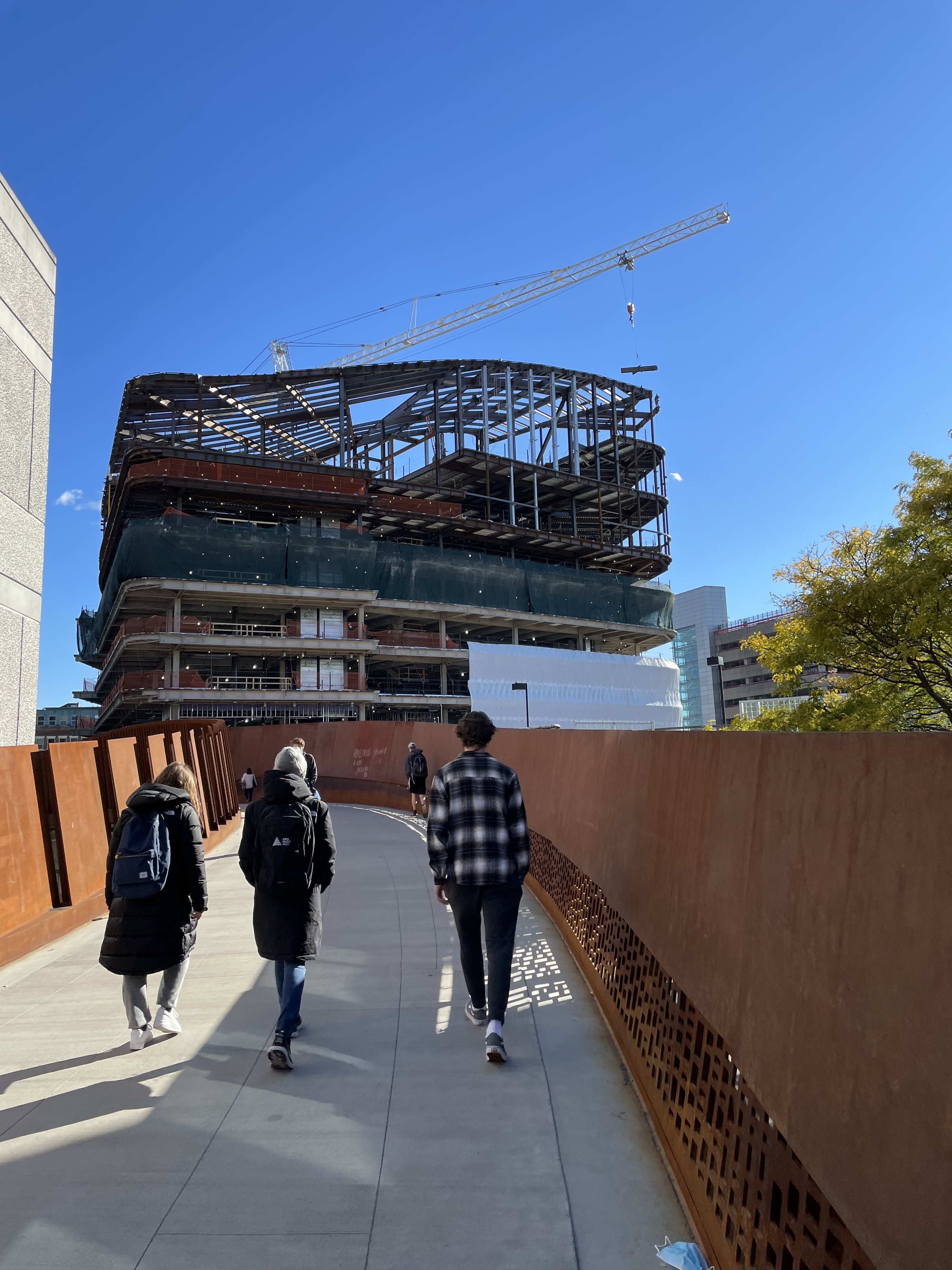 Lots of framing progression in the past week
T

There was no groundbreaking ceremony due to COVID. Any word about a topping off ceremony?
S 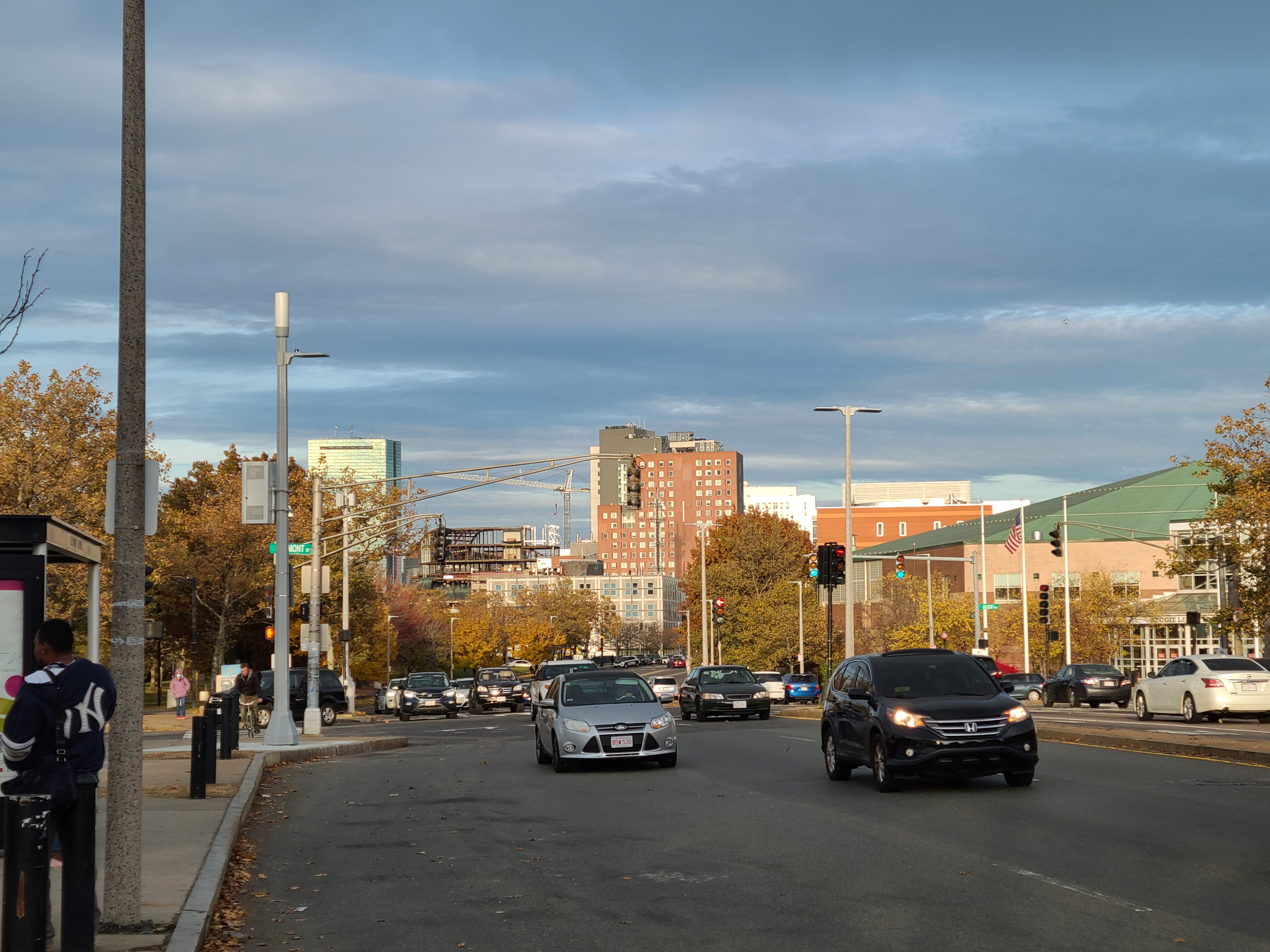 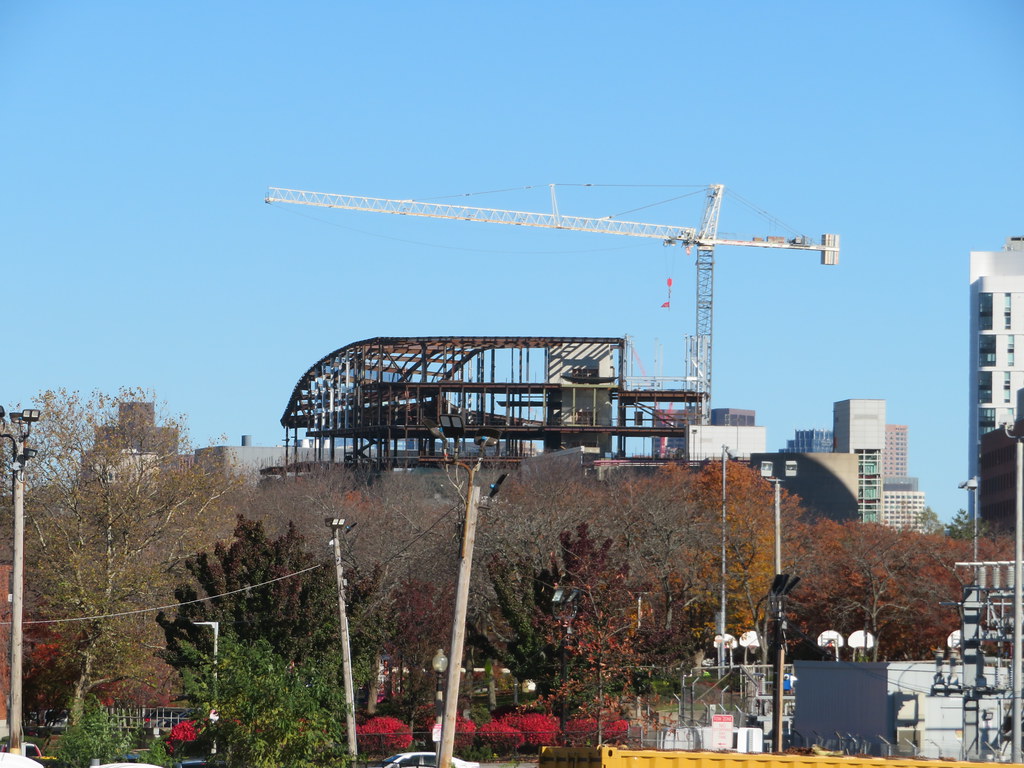 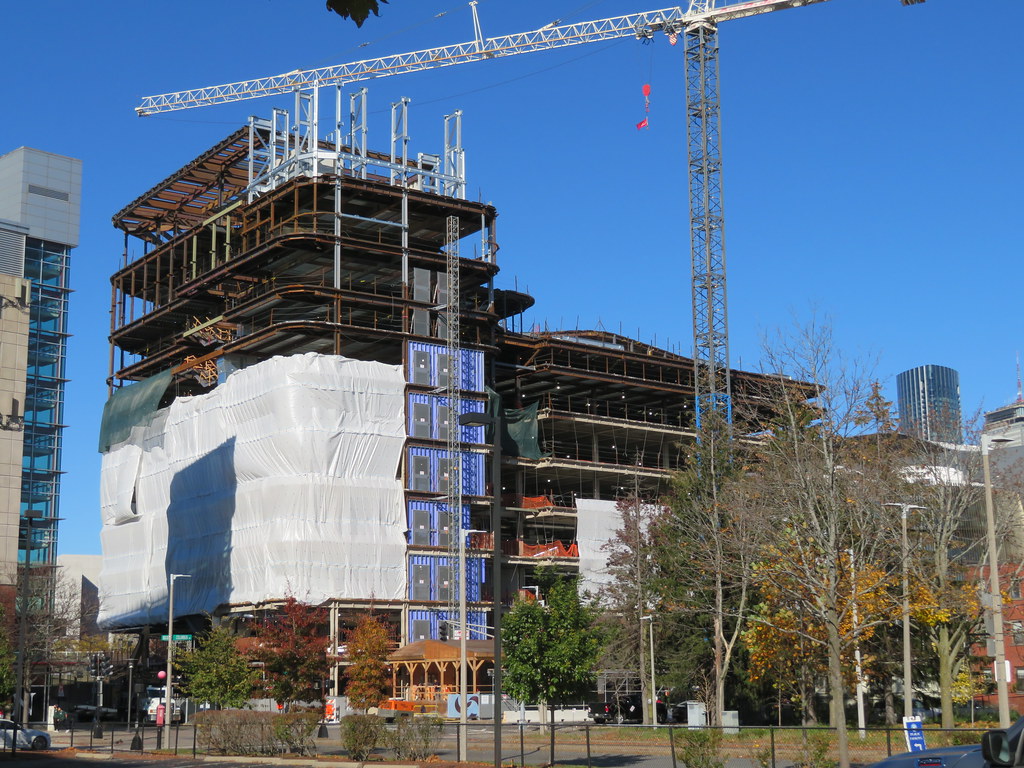 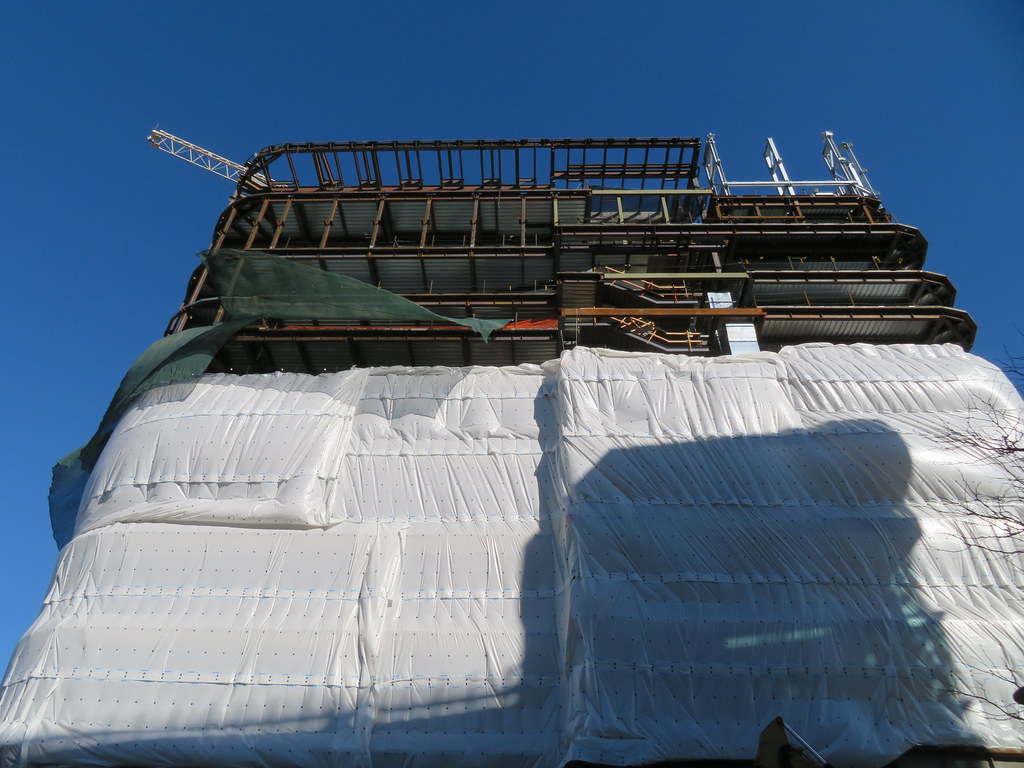 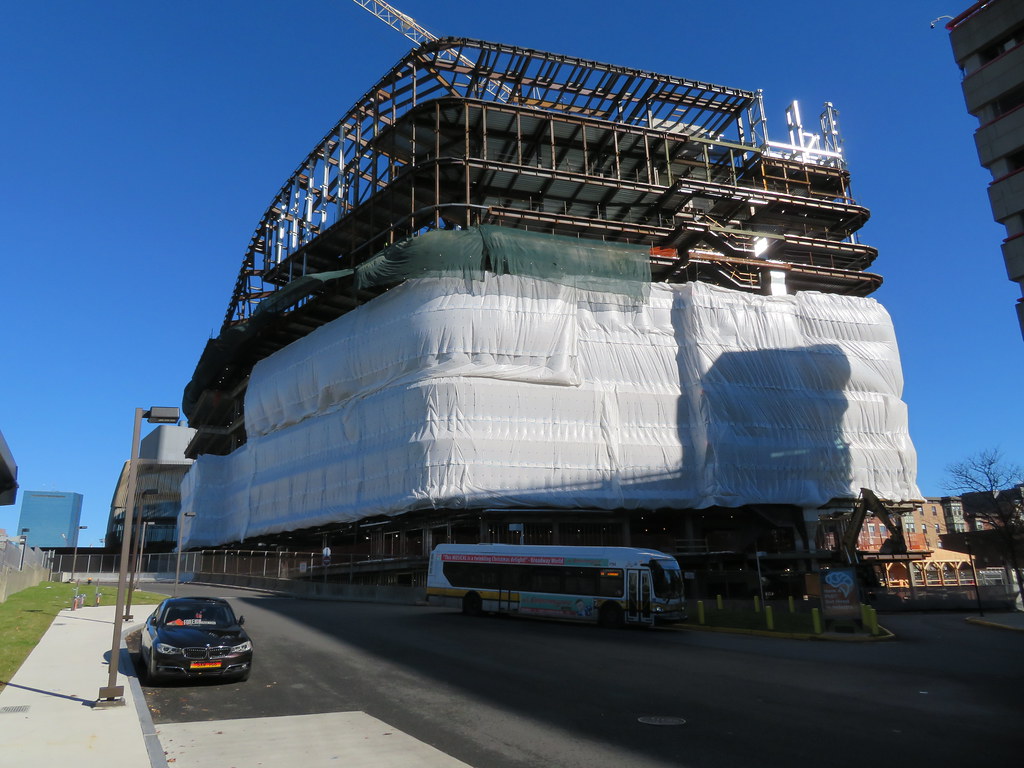 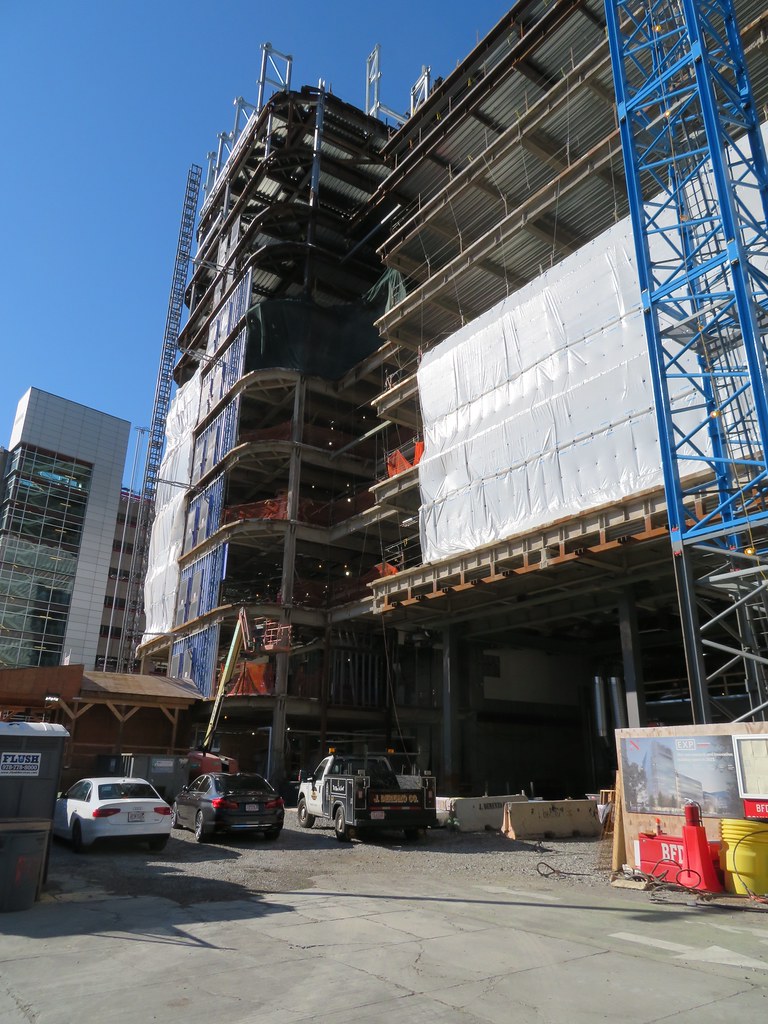 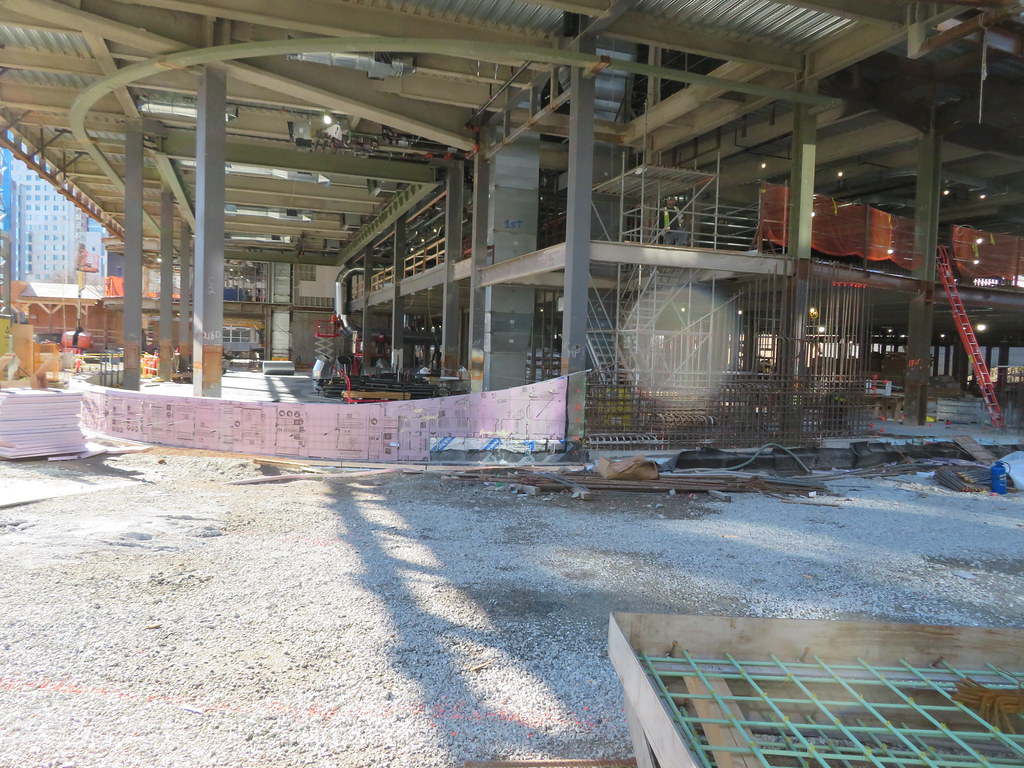 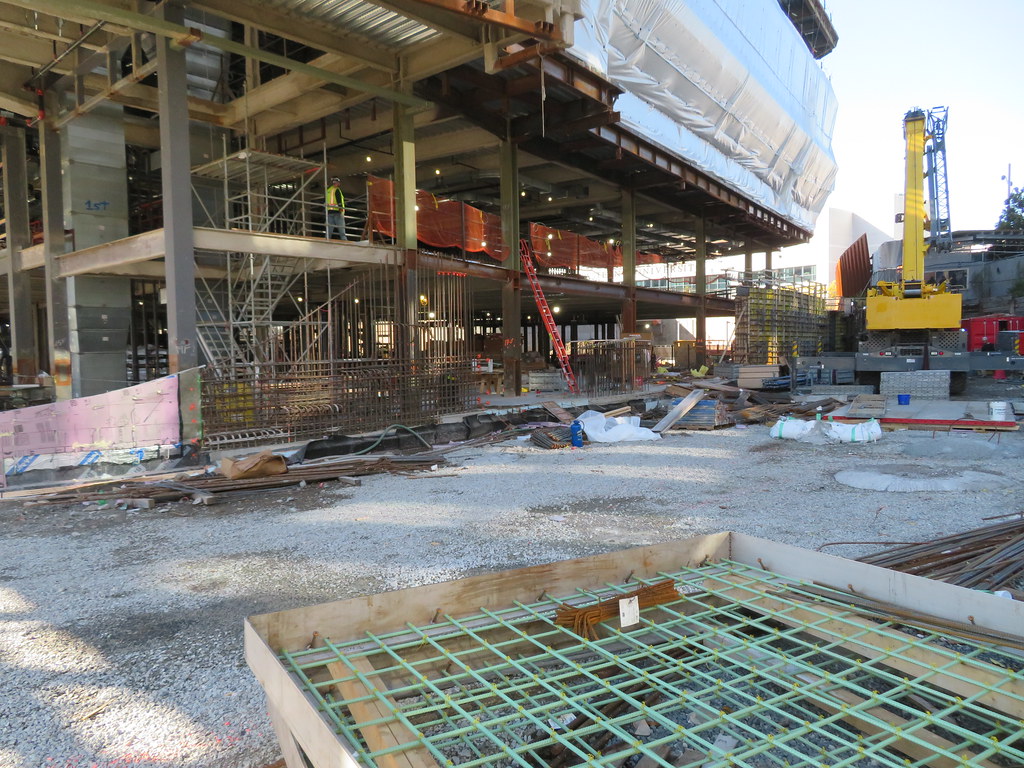 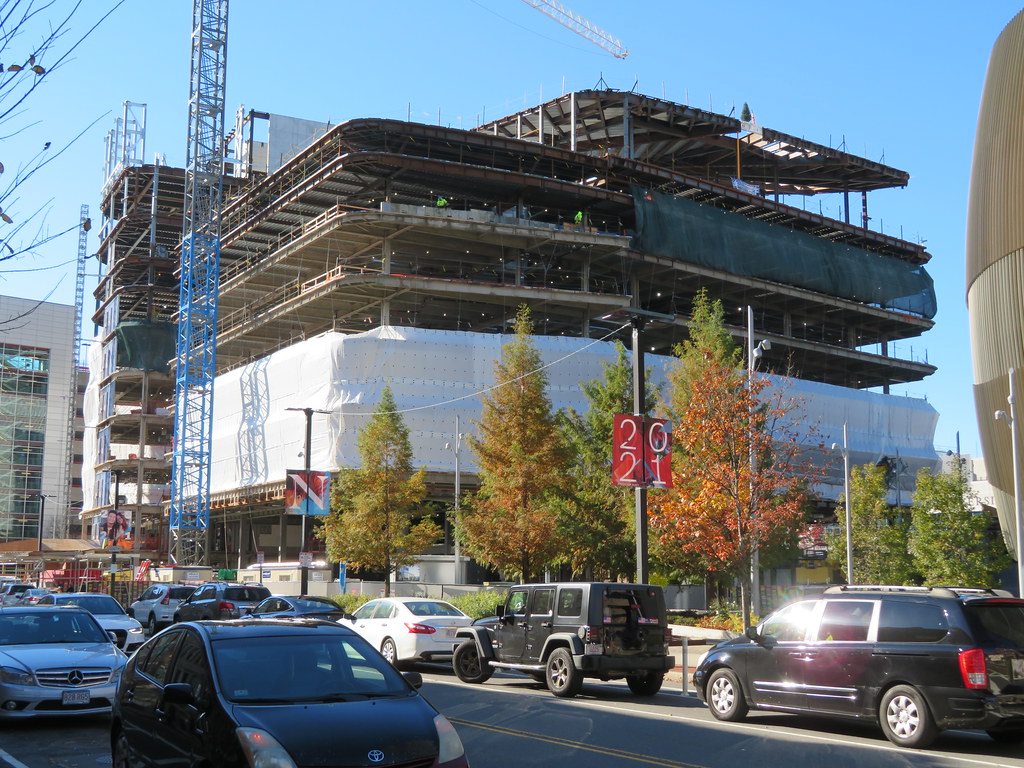 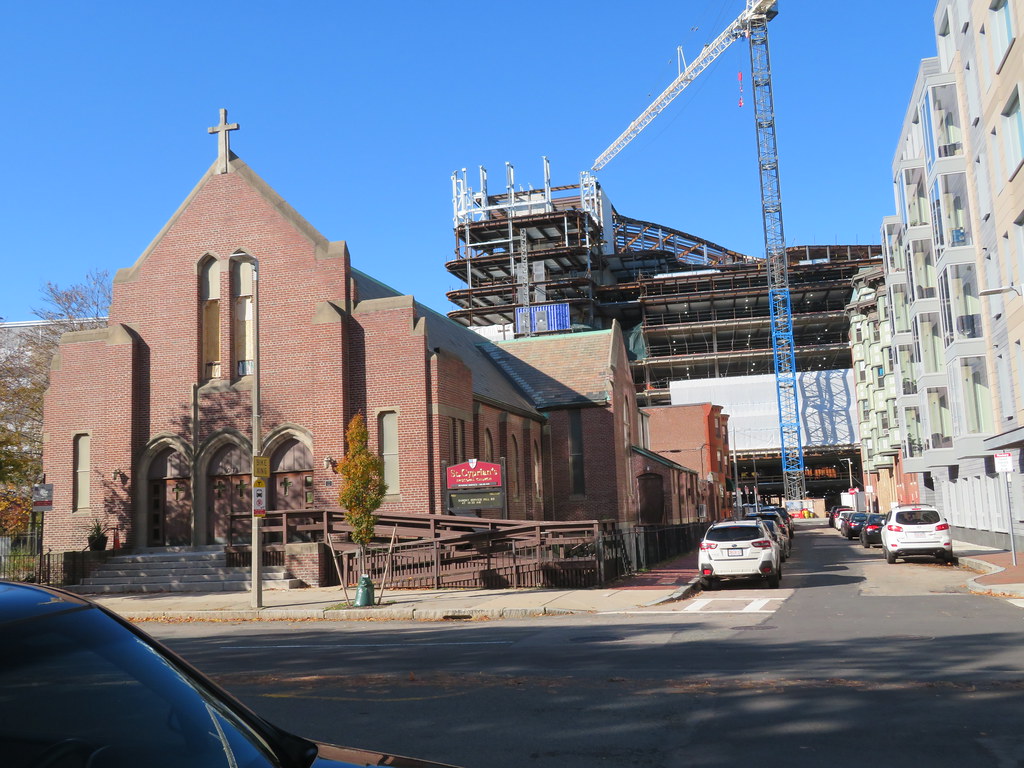 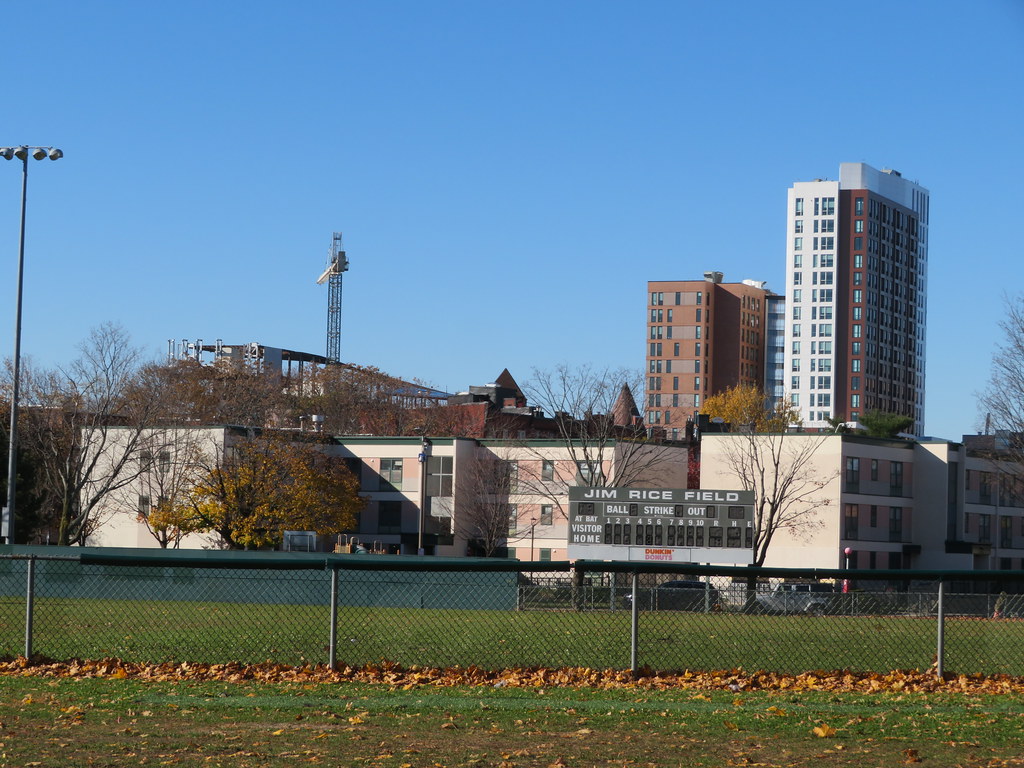 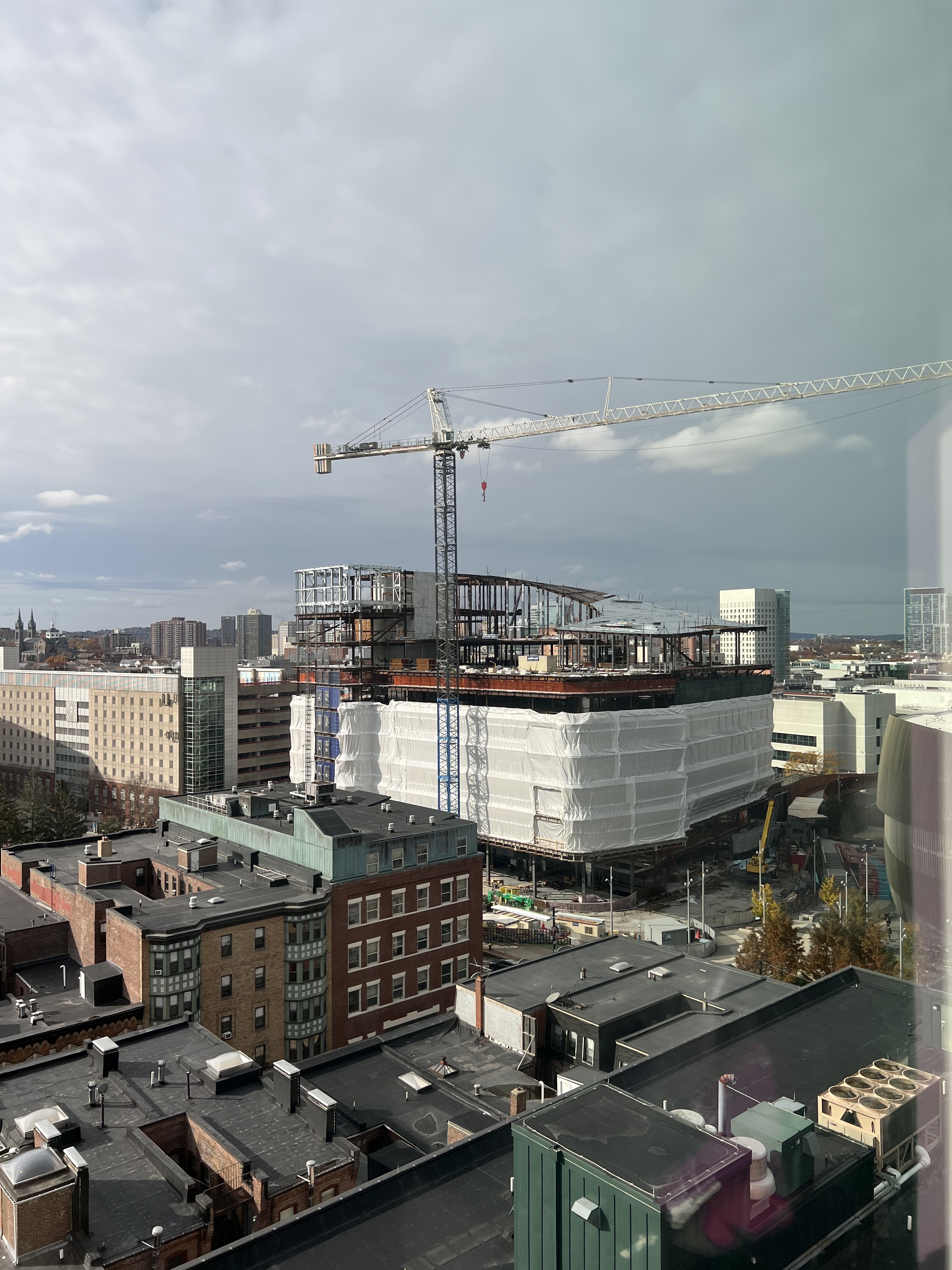 On Wednesday, the project team enjoyed Northeastern University's topping off ceremony at EXP, the newest addition to campus. The 350,000 square foot research...