Parts of Cambridge also benefit as well from the U2 branch...those sections of Inman Square and the Cambridge side of Boynton Yards are also set to benefit with relatively quicker downtown travel...

Once this Green Line extension opens, are there any predictions by this Forum Group on our ranking for light rail systems? Currently, the Green Line/Mattapan Line is ranked #3 in ridership of USA light rail systems behind Los Angeles and San Francisco. Of course COVID is a huge wrench.........but getting back to normal in 2022 or 2023, do people think we could increase to #1 or #2?
Light Rail Systems
B

Assuming a return to something resembling pre-COVID ridership, or at least an equally proportional return for the relevant light rail systems (big assumption), I predict that the MBTA light rail will be the second-highest ridership light rail system in the nation in 2022. Keep in mind that the Crenshaw/LAX Line is also scheduled to open next year, so I think that prevents Boston from catching LA.
R 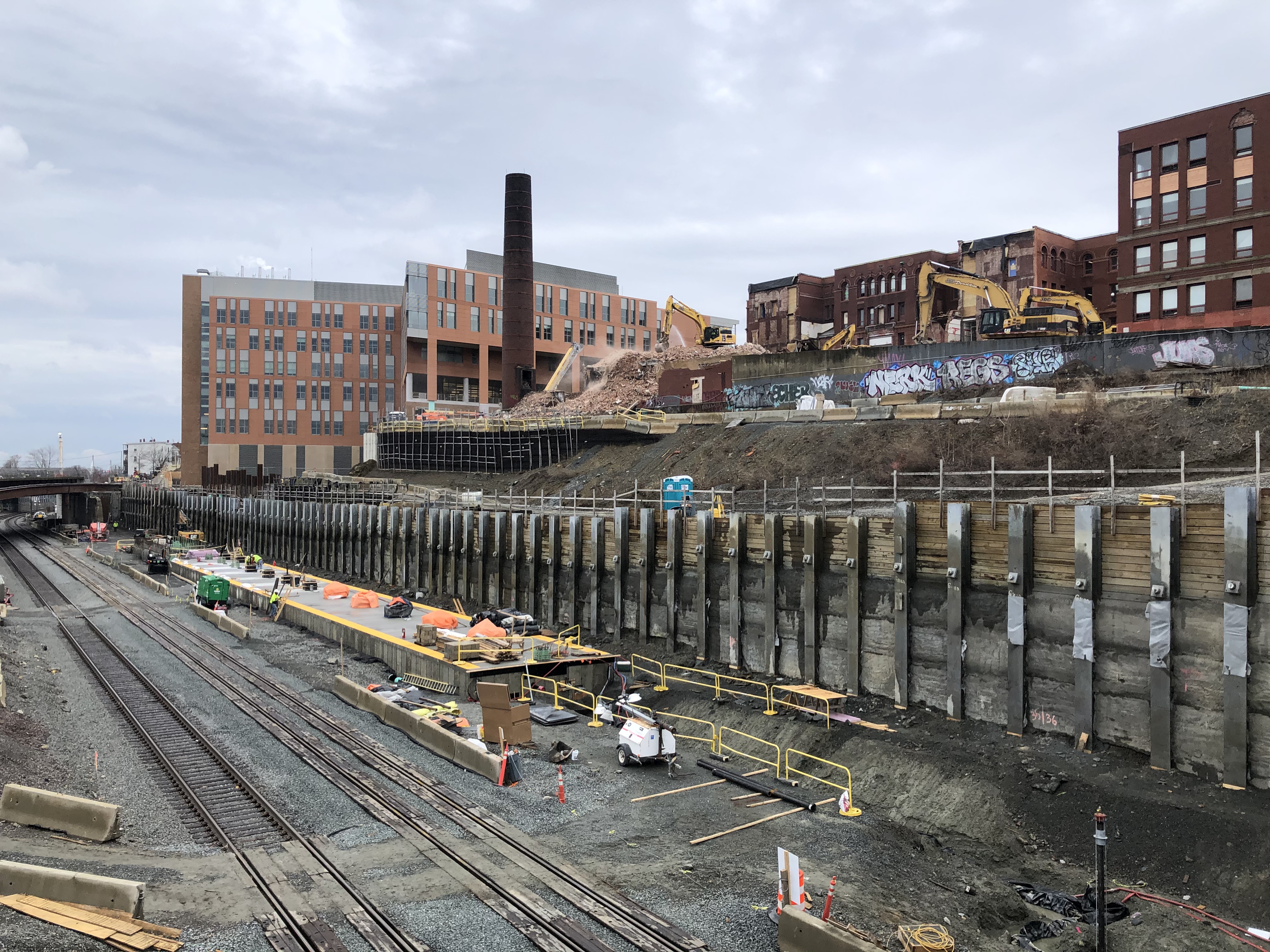 I appreciate the responses, but I wasnt asking about the sub stations or roads being in the way of future glx expansion. What I was asking about is how the tracks for the union glx station straighten out for the station while the CR tracks curve, will there be room to add new tracks to the end of the glx tracks or will they have to be replaced with a curve in the future? In pictures it doesnt look like there is room and not in the documents either. 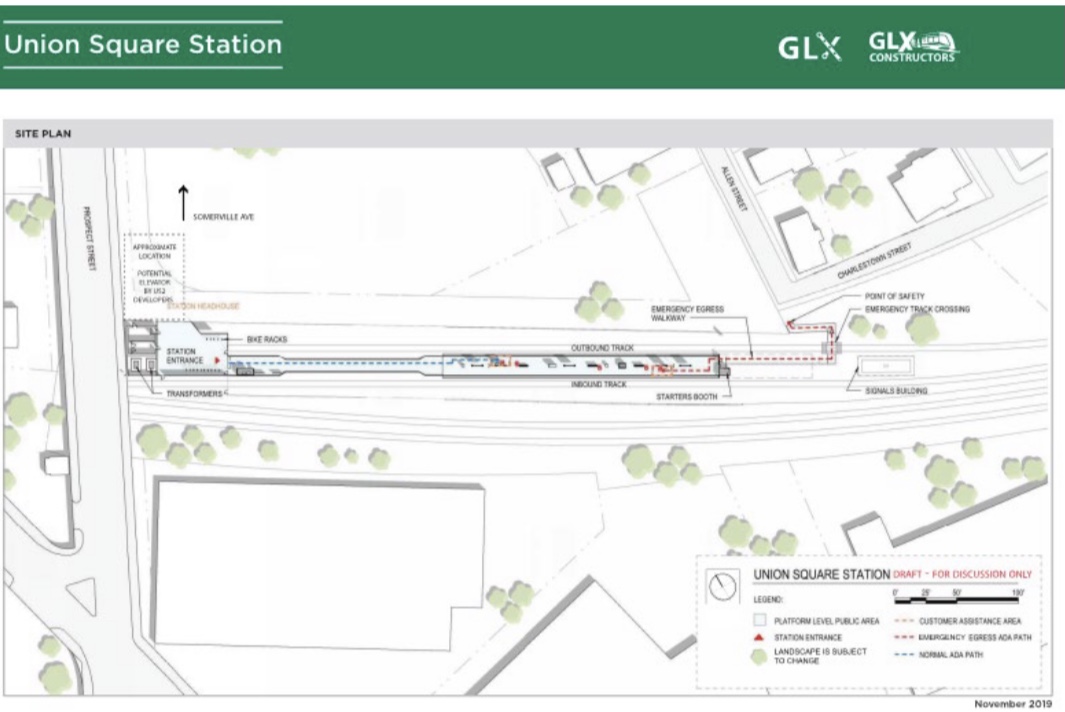 It seems if you were to extend the tracks past the station towards porter you would immediately run into the curve of the CR tracks. So does this mean union will have to be ripped up and replaced in the future if an extension past union is ever approved? Maybe theres some room to move the CR tracks over some more to allow some room and keep the station? Something would have to give.
Last edited: Dec 31, 2020
C

Looking at Google Maps, the CR alignment is straight in this location; the curve is simply the CR tracks transitioning to the center of the ROW. If they extend the GL to Porter, the CR tracks will have to be moved to the south side of the ROW and that curve won't be there.
J 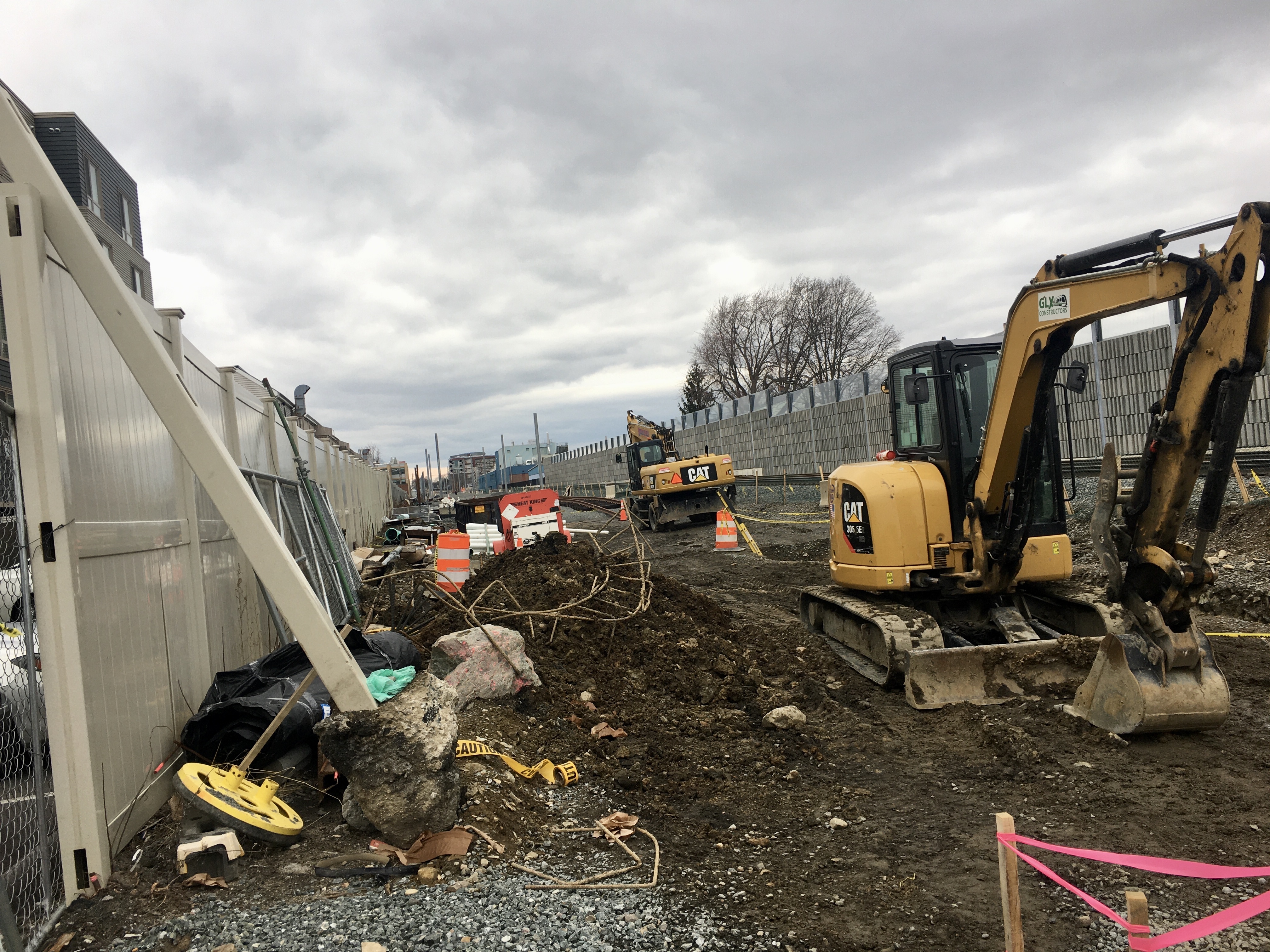 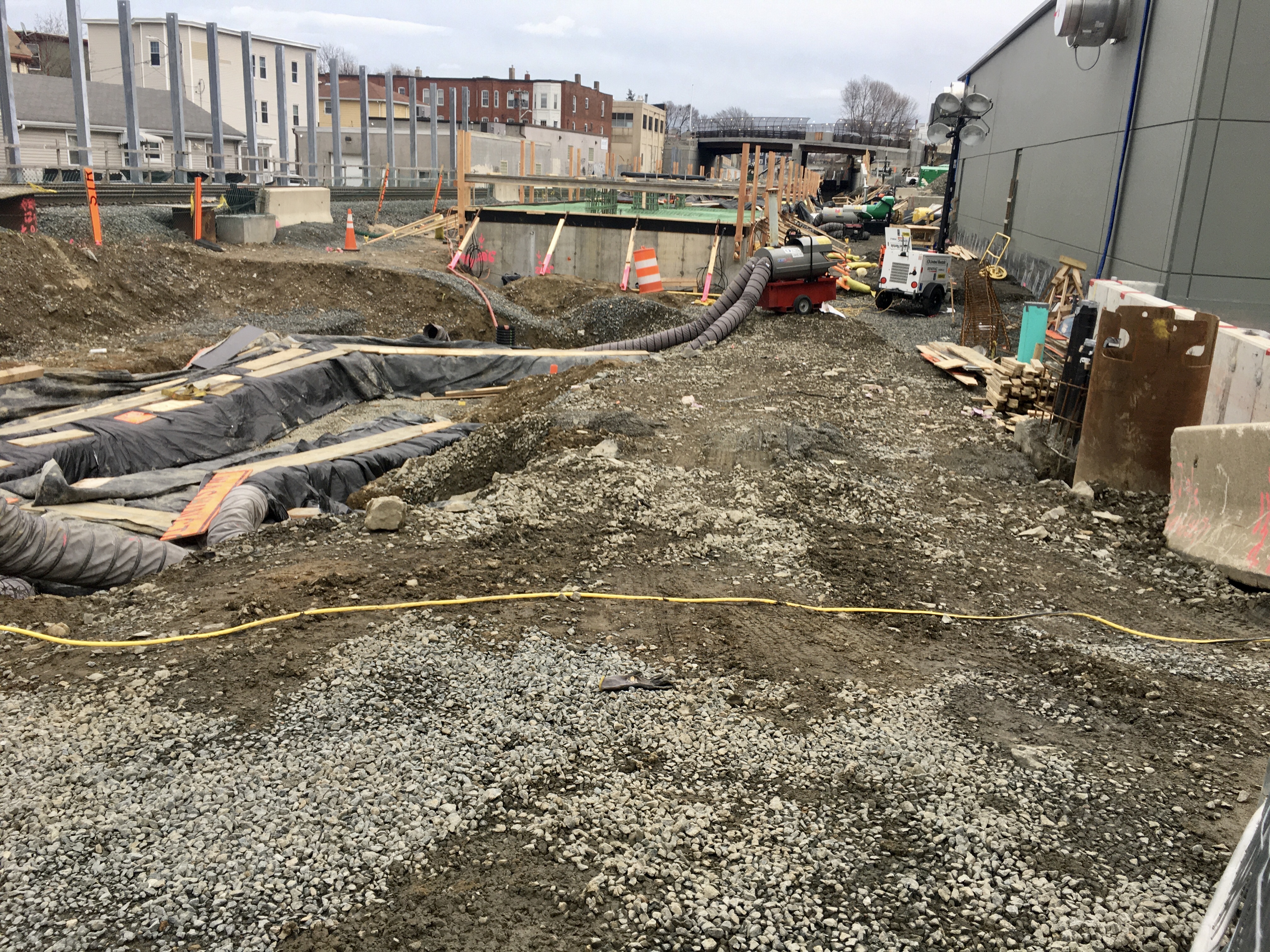 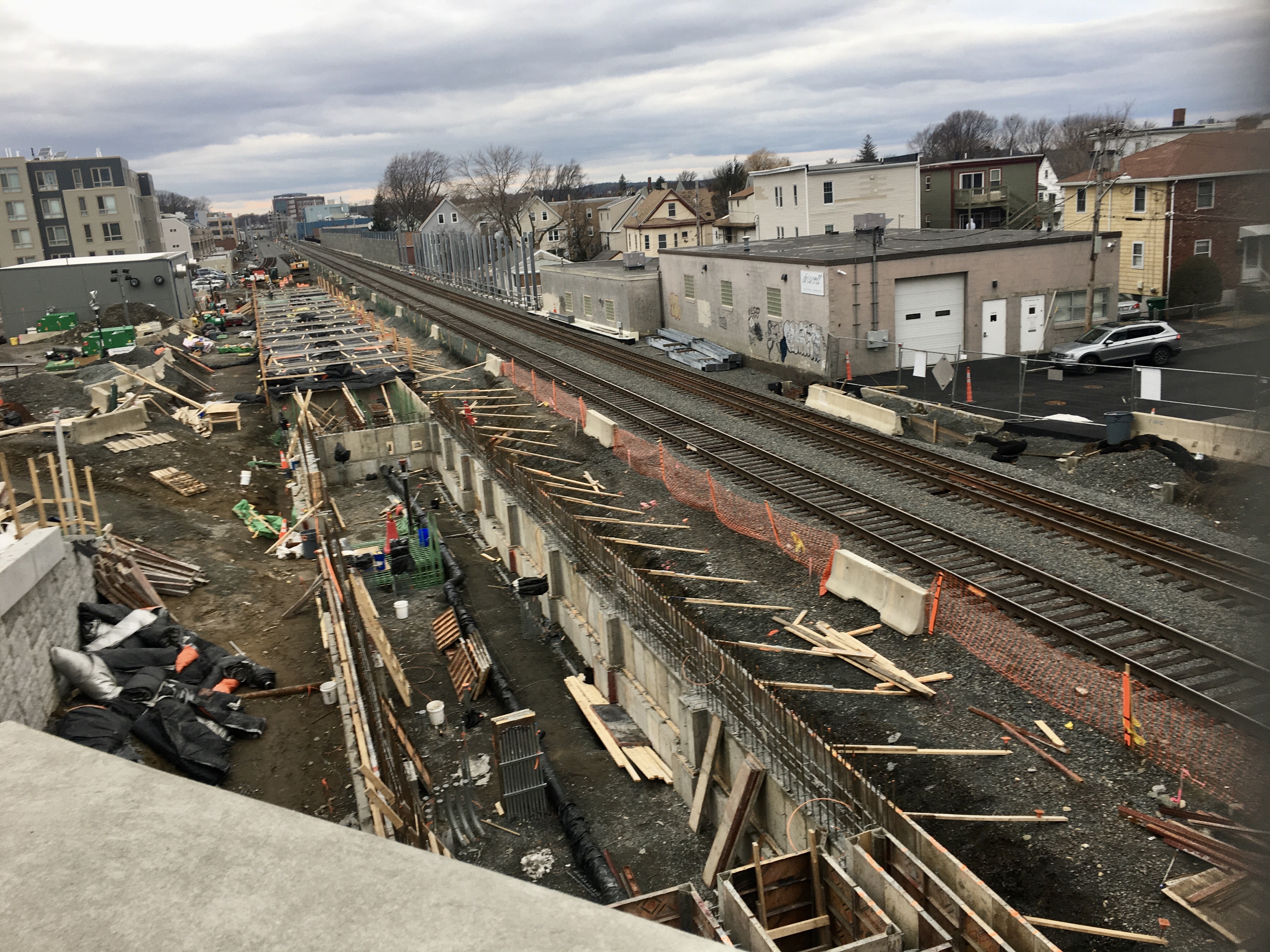 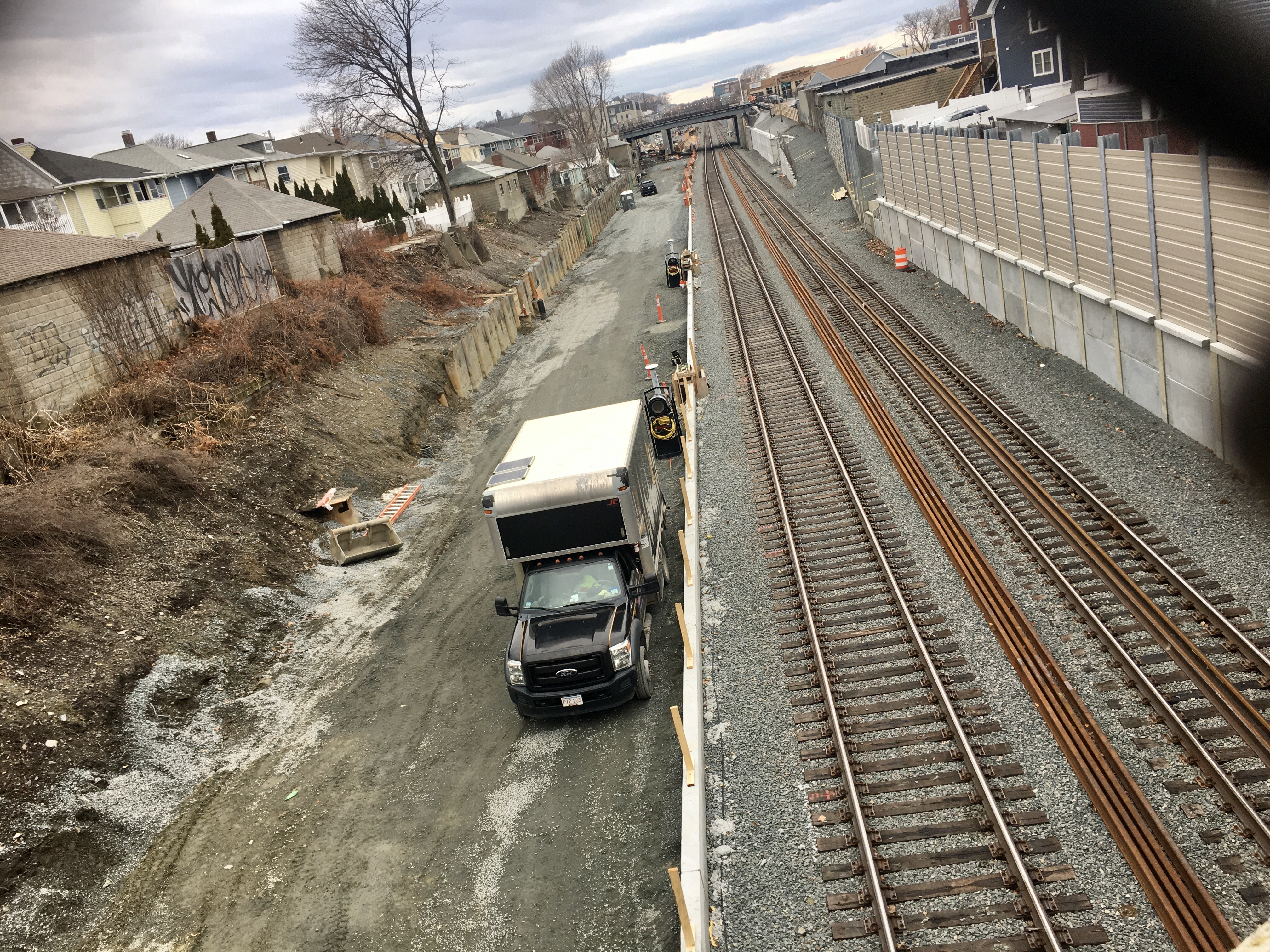 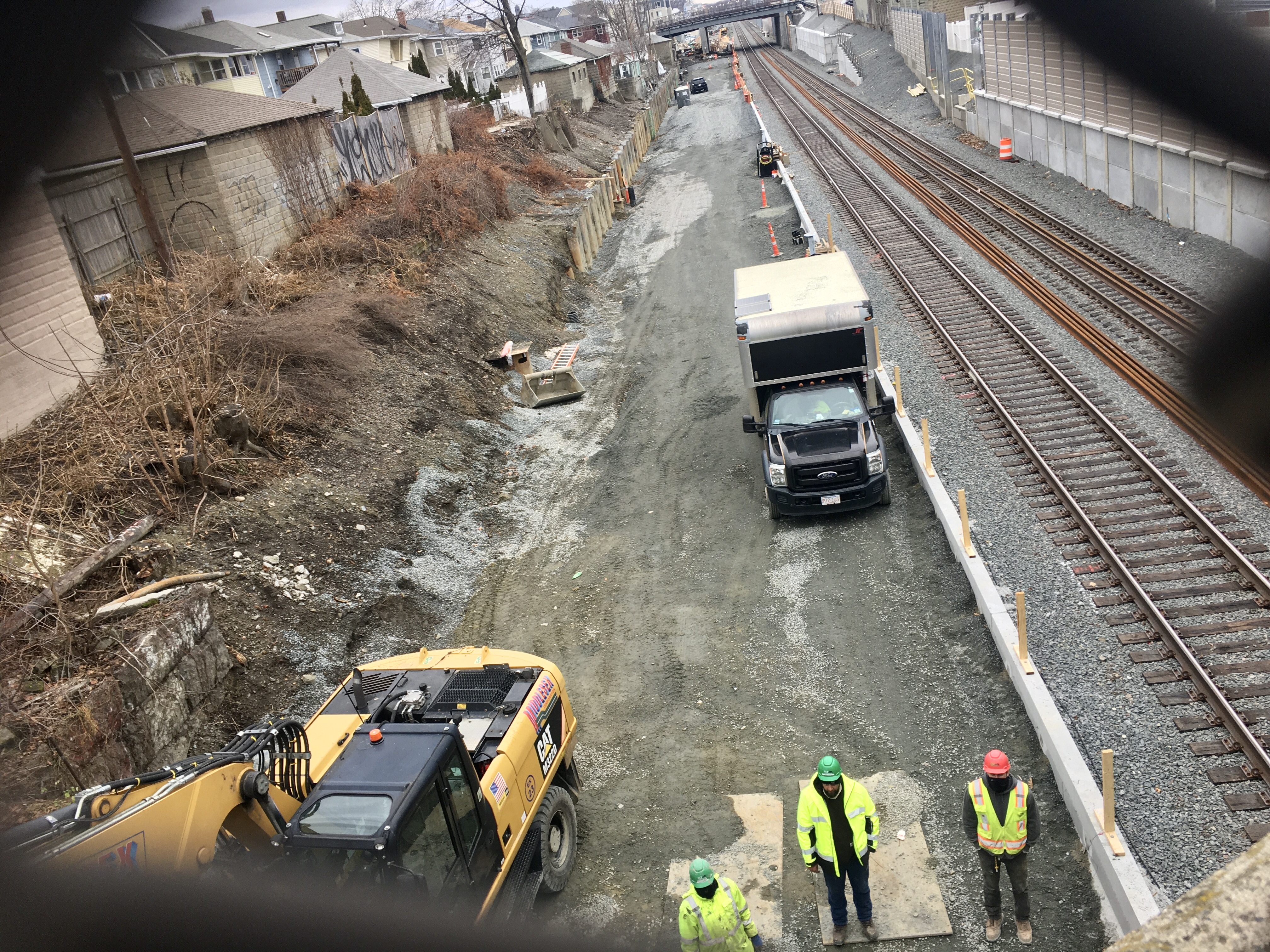 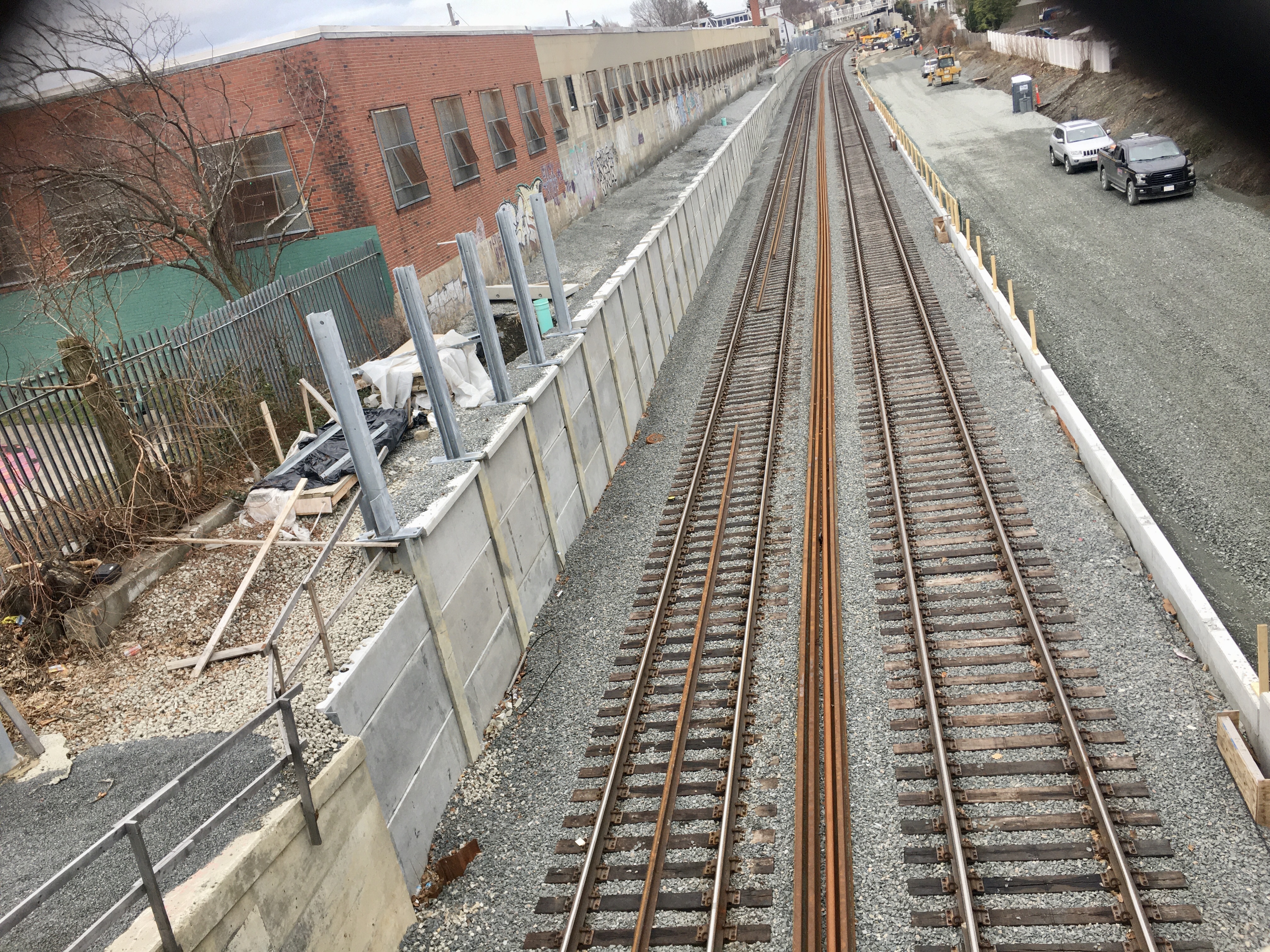 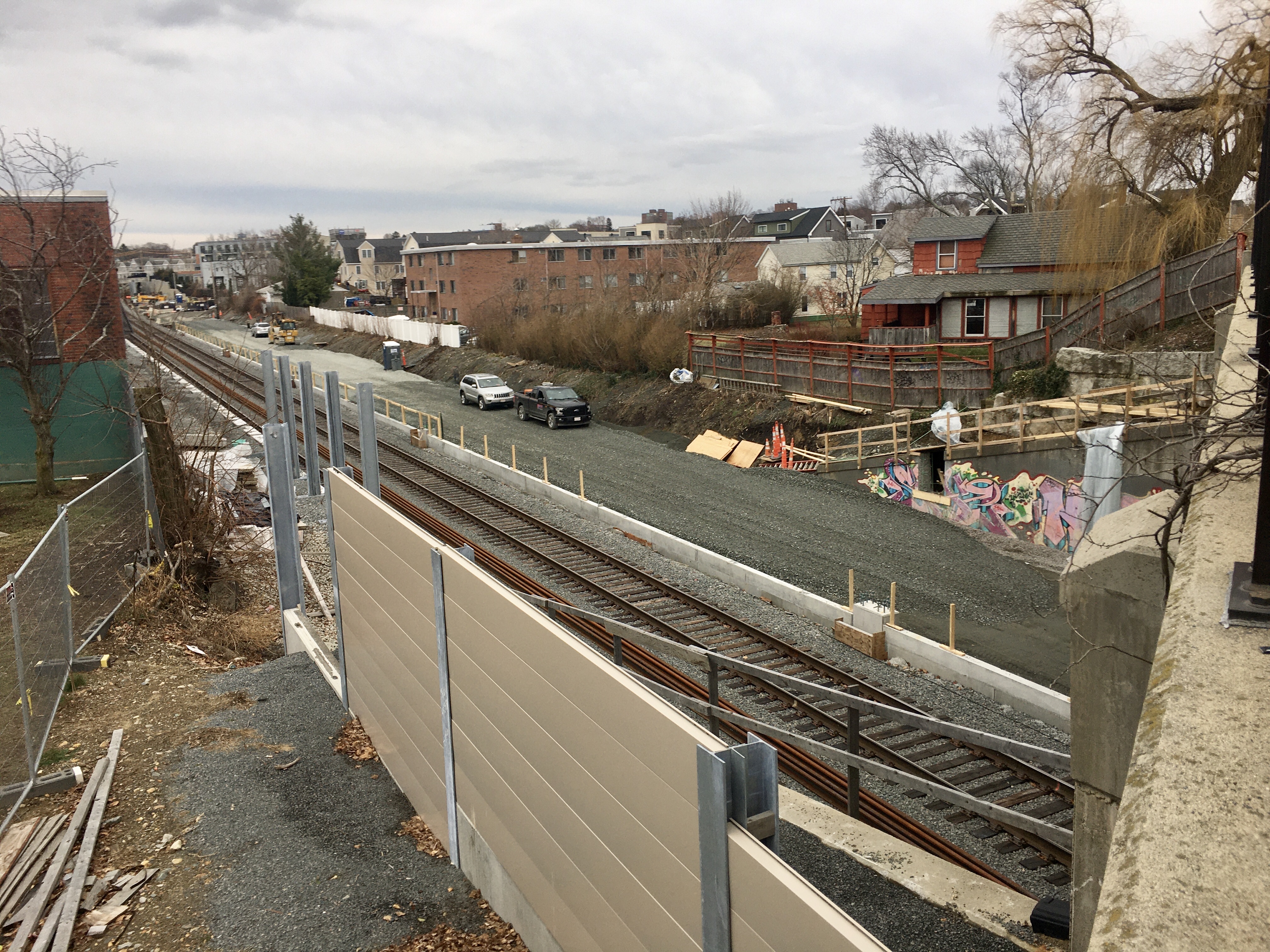 stefal said:
I'm ignorant on the subject, as I wasn't really paying attention to this when they were in the planning, but why did they decide to construct the Union Square branch with this? GLX-Porter makes sense, and I understand all the reasons one would want Green to Porter and beyond, but at completion of this GLX, it seems the catchment area for the two branches will strongly overlap. Those directly in Union Square benefit a great deal, but how, on a cash-strapped project, did they justify adding this single-stop branch on?
Click to expand...

In the original scoping studies >15 years ago it was proposed as a uni-extension to Tufts inclusive with Union as an intermediate stop, using some Fitchburg ROW, some cut-and-cover under (Prospect St.?), and then deep-bore through the base of Prospect Hill to get back on-alignment with the Lowell Line @ the McGrath/Medford St. intersection. That scoping was also mode-agnostic, as one of the Alts. included a Blue Line scheme (obviously eliminated in first cut) where bang-a-right from Charles MGH and trenching under the Charles locks would've set the trajectory. You'd be able to find mention of those early looks way, way at the bottom of the Project Archives on the GLX website. If not in full, then at least in a summary of most-recent previous studies inside the 2005 Major Investment Study archived there.

The inclusion of Union struck a difference from the 1945 straight-to-Tufts scheme and various look-see's after. Tunneling through Prospect Hill was always seen as very iffy, but they looked at it because modern Union Sq. projected a can't-miss on ridership worth giving it a try. The tunnel costs did upon analysis prove too steep, but Union's projected ridership also post-analysis really, really proved too big to just skip. So they opted for the compromise forked-branch scheme, which was one of the pu-pu platter of original study Alts. Given what they learned about Union ridership in the process, the course was set from there: it simply had to be included one way or another, and forked-branch was simply the best possible bang-for-buck for making it so.

Had things been studied earlier to rule out the uni-extension scheme earlier, you might've seen the forked-branch Alt. presented from Day 1 with Porter as a terminus instead of Union. But Union was within the original project limits, and they had to pivot quickly after the first-Alts. assessment thumbs-downed all the Prospect Hill tunnel schemes, so the MIS--working within the parameters of project limits--drew the forked-branch Preferred Alt. this way. STEP immediately crowned Porter as an eventual advocacy goal just like the Mystic Valley Parkway addendum, but given the way the project limits (funding, City of Cambridge, crossing of add'l Legislative district boundaries, etc.) would've had to expand more with Porter inclusion vs. MVP inclusion it wasn't mountable as a direct project Phase tack-on and thus is still an active advocacy rather than an explicit finish-up commitment like the MVP extension.


Agreed...if you were just joining today and didn't have a Project History summary handy the Union terminus would be a little bit of a head-scratcher. But it makes complete sense given the trajectory of events from first serious study to now, particularly what demographics they did and did not (i.e. greater Porter-universe) include in the Project Scope which informed what their most practical pivots were from 1st- to 2nd-round Alts. scoping.
F

ceo said:
Looking at Google Maps, the CR alignment is straight in this location; the curve is simply the CR tracks transitioning to the center of the ROW. If they extend the GL to Porter, the CR tracks will have to be moved to the south side of the ROW and that curve won't be there.
Click to expand...

Porter CR station bulbs out a little too much inside of the Somerville Ave. cut to fit both modes side-by-side with platforms, as that ADA/MAAB-spec 12 ft. wide island takes up a wee too much real estate to fit them both together via only manicuring the embankments/retaining walls. Therefore the GLX side would have to dip past Beacon St. overpass into a short tunnel. But the roof of said tunnel would literally form the new Fitchburg trackbed, and would probably be no more than a short ramp or 10 stairs down accessed by the current CR egress from the fare lobby. Say...10 steps down at that door for GLX platforms, 10 steps up at that door for the new re-leveled CR platforms sitting on top of the tunnel roof. The build makes even more sense in that if the tunnel ends up allowing the CR level to drop by 3-6 feet it would future-proof the Mass Ave.-Beacon St. cut for a formal air rights capping. Which would serve up any combination of: linear park, exit driveway straight from Lesley U./Porter Exchange parking lot to Somerville Ave., a long-overdue end to the use of cramped Roseland St. as a connecting thoroughfare if other Square traffic patterns were altered with the Lesley/Exchange lot, and so on.
J 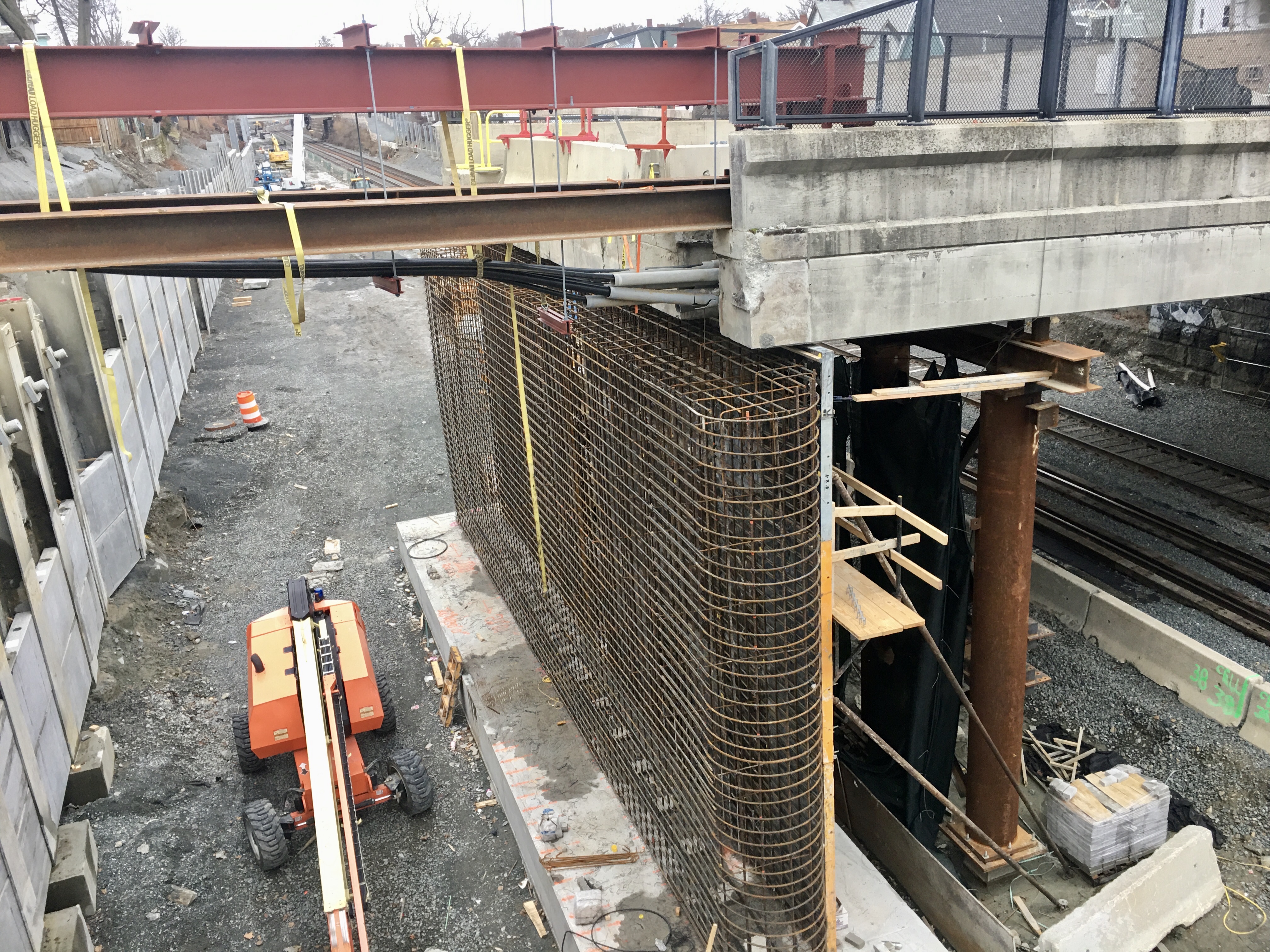 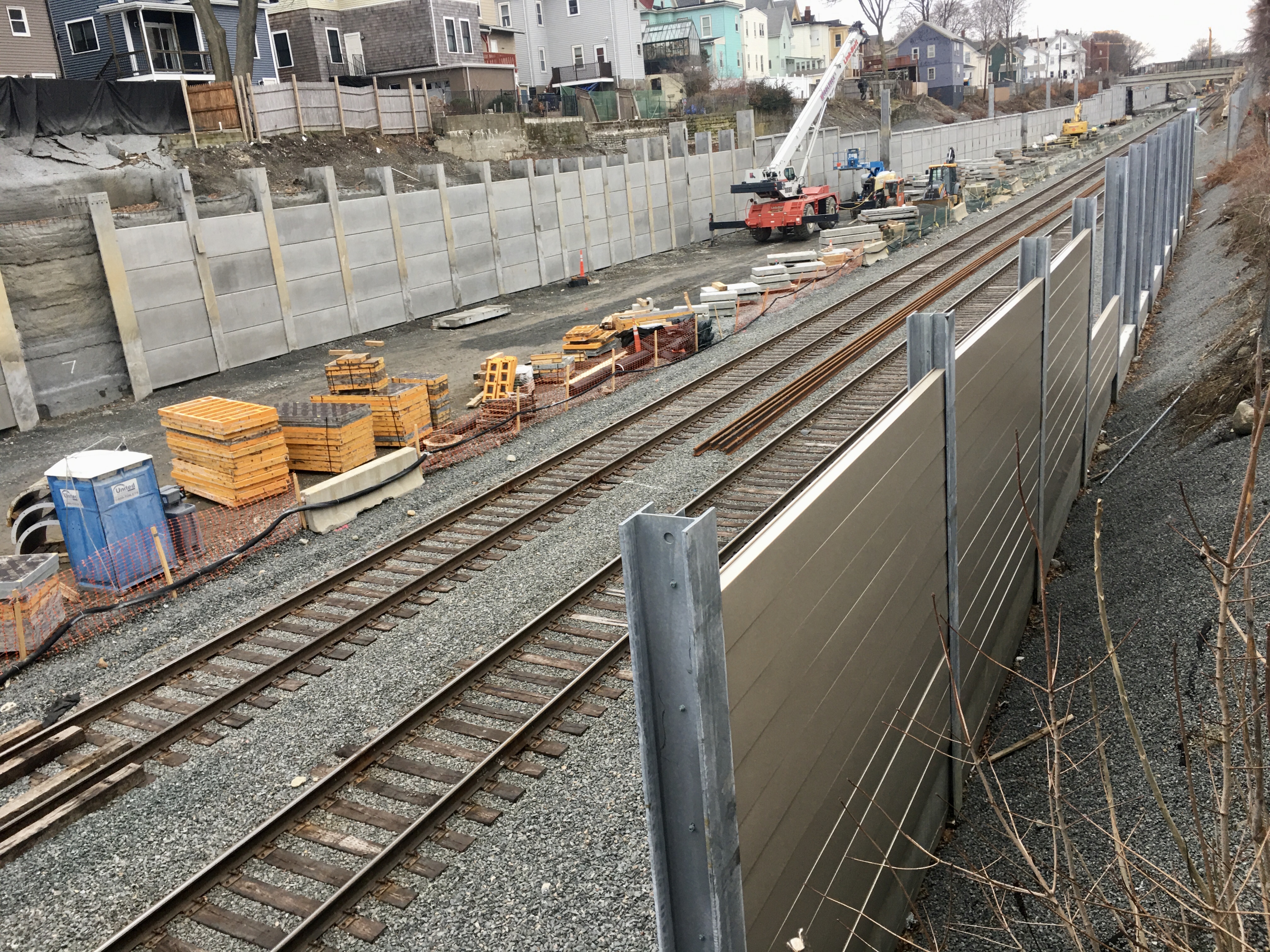 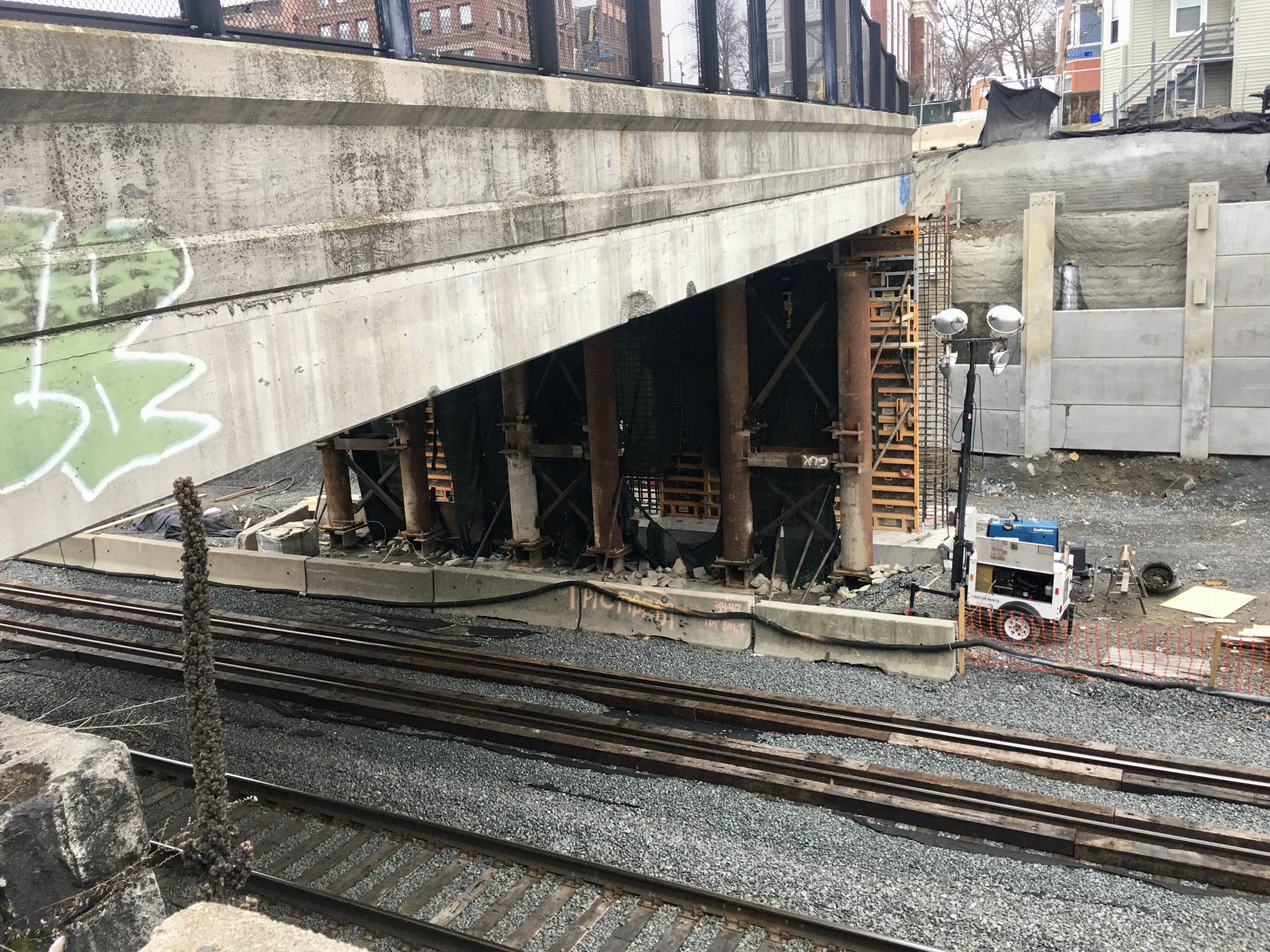 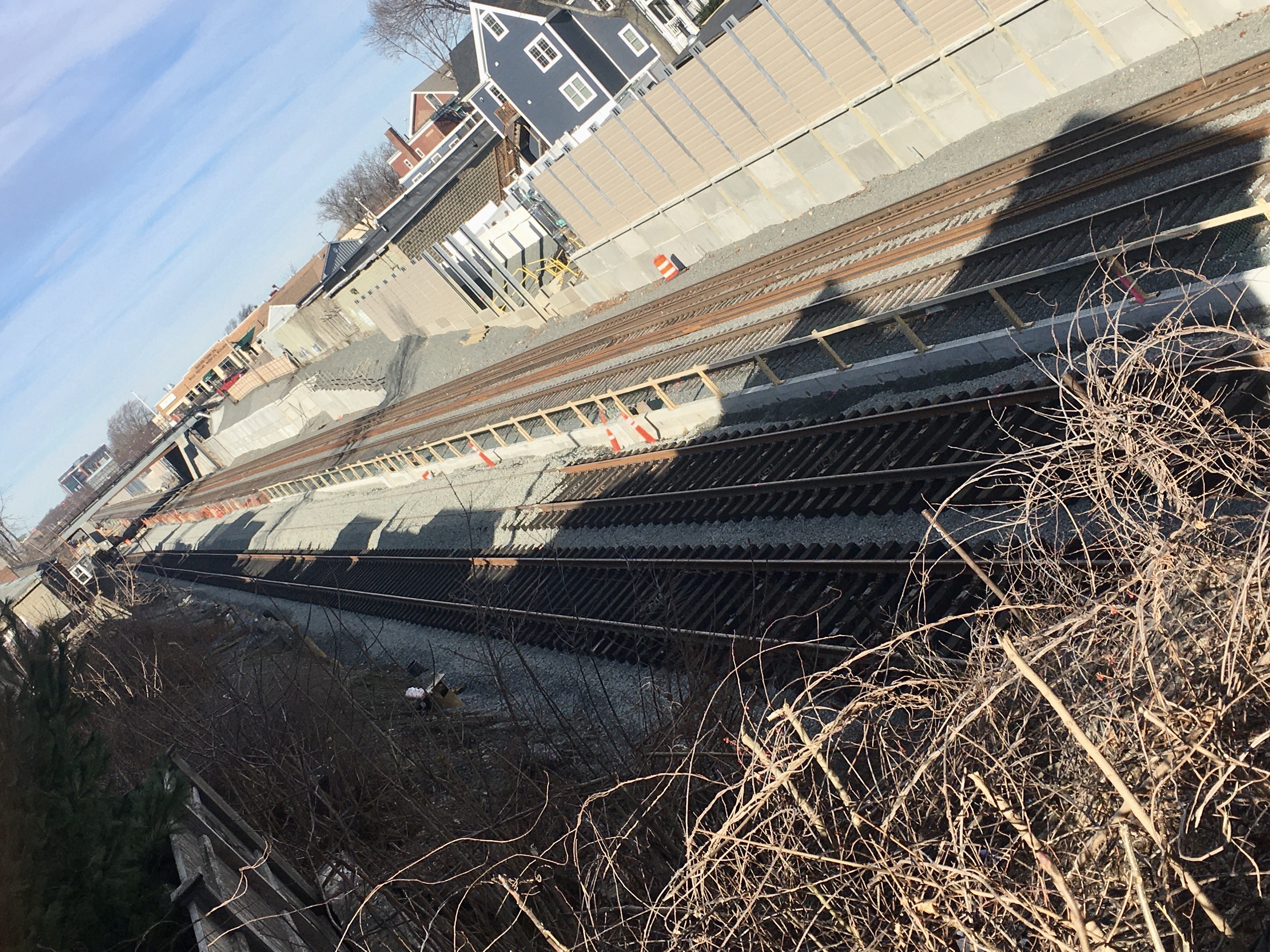 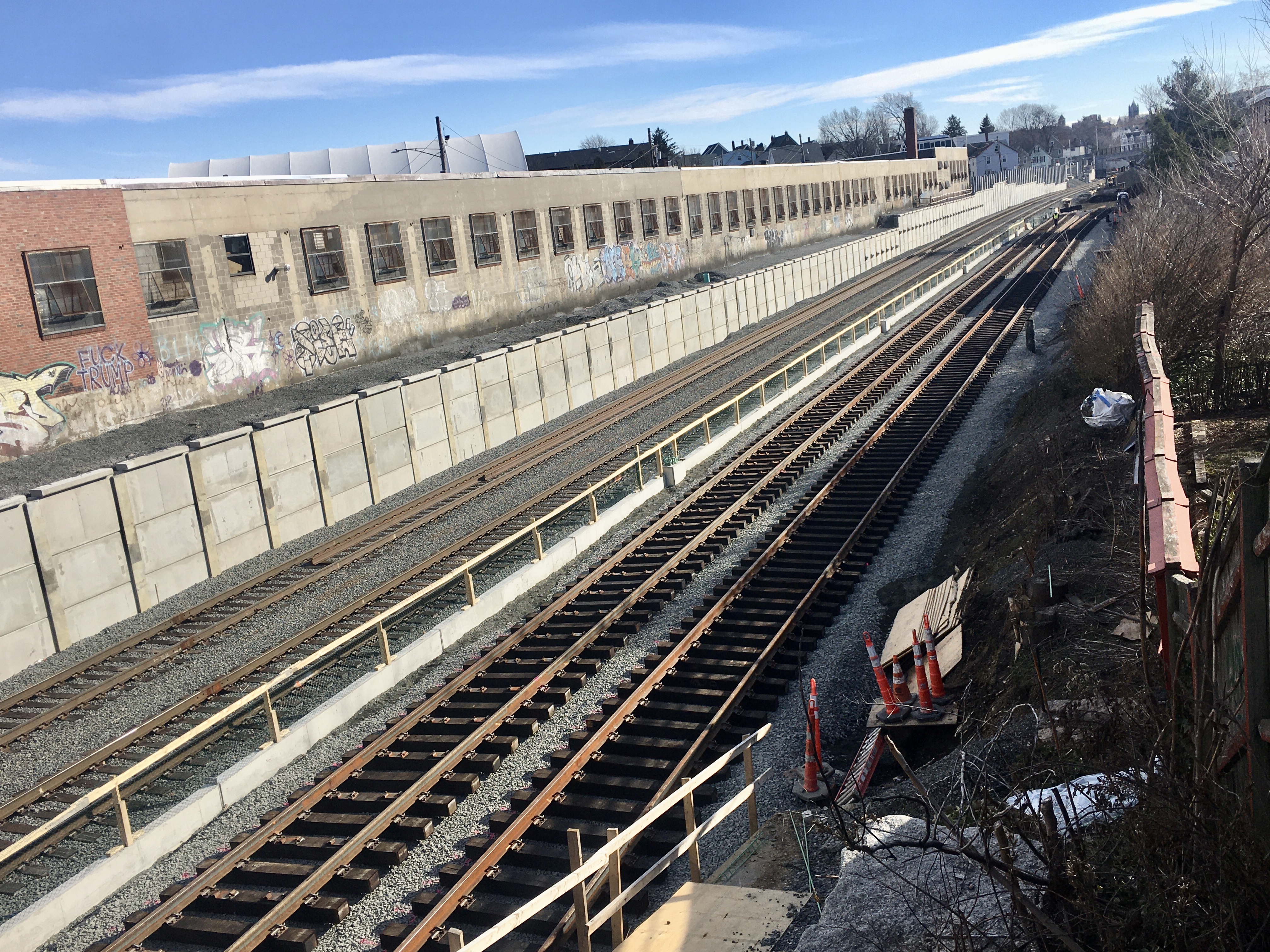 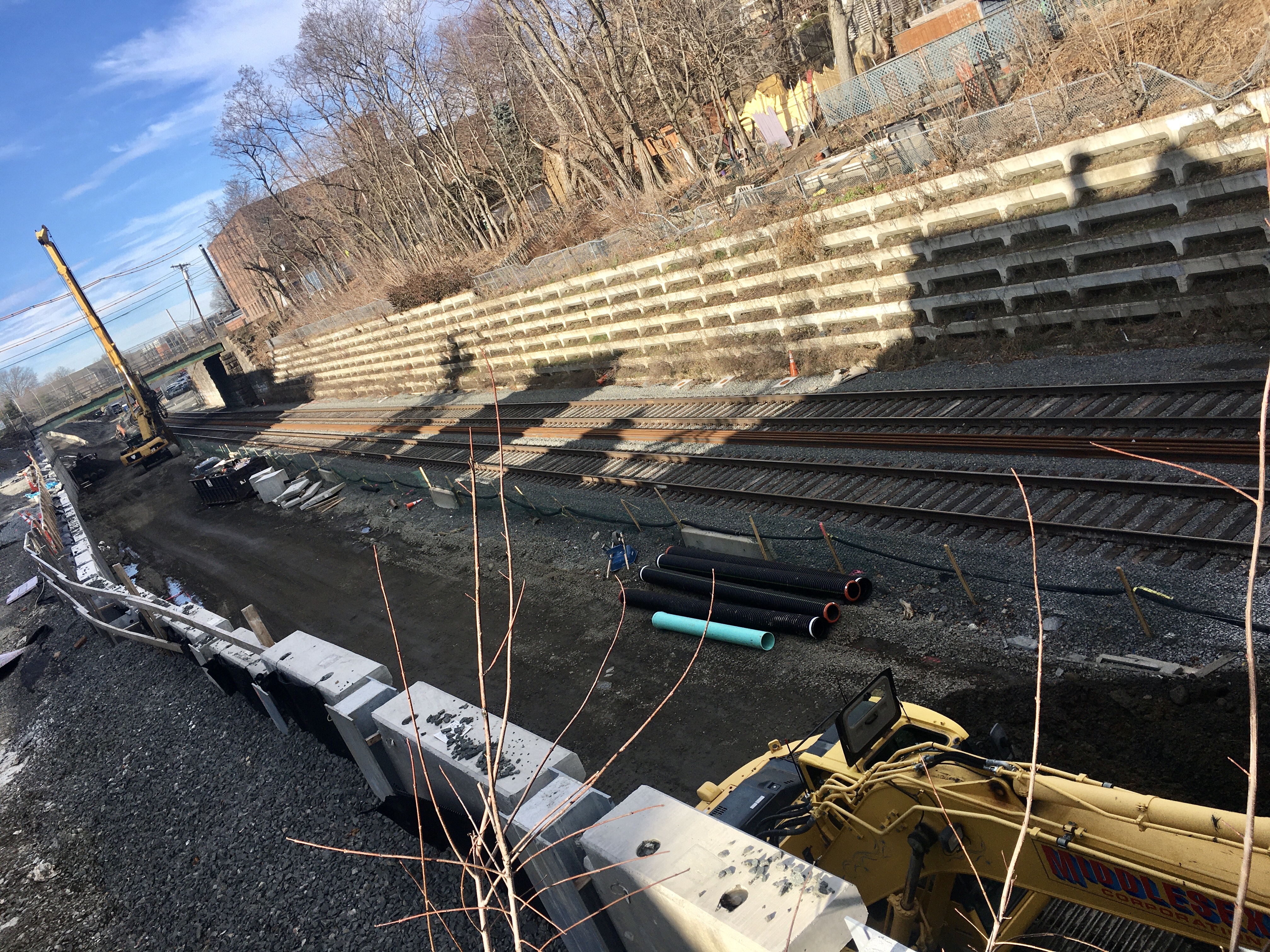 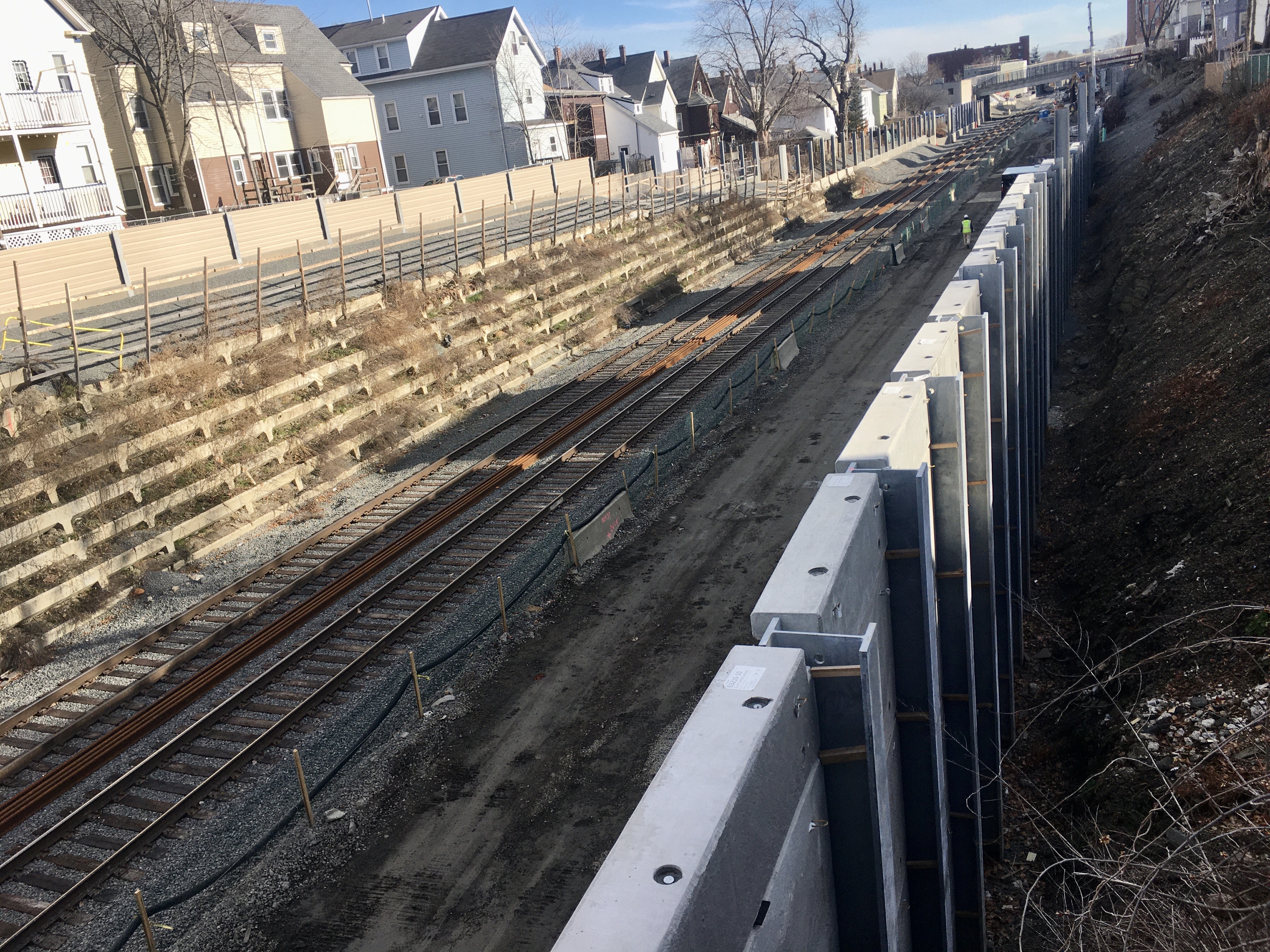 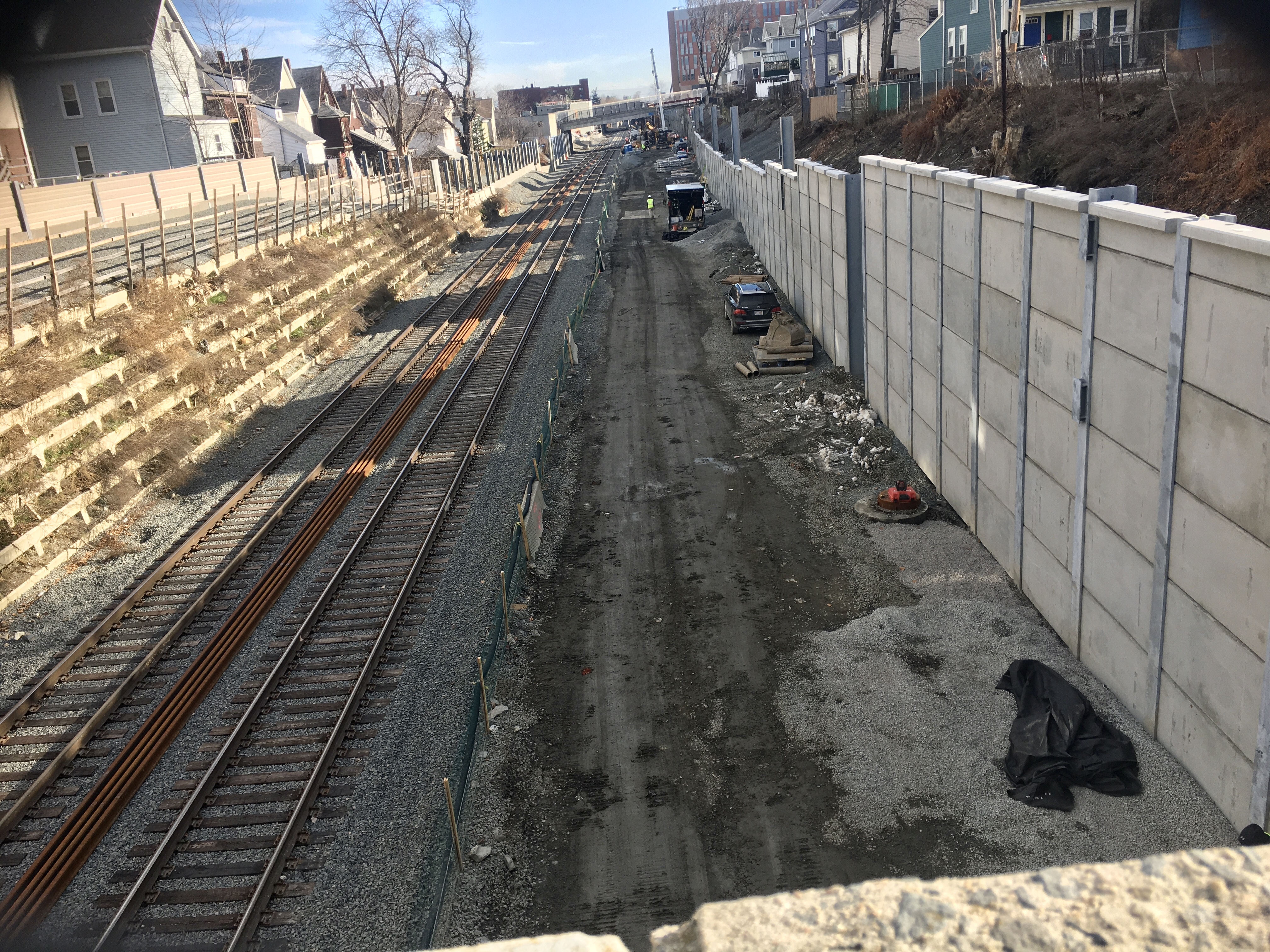 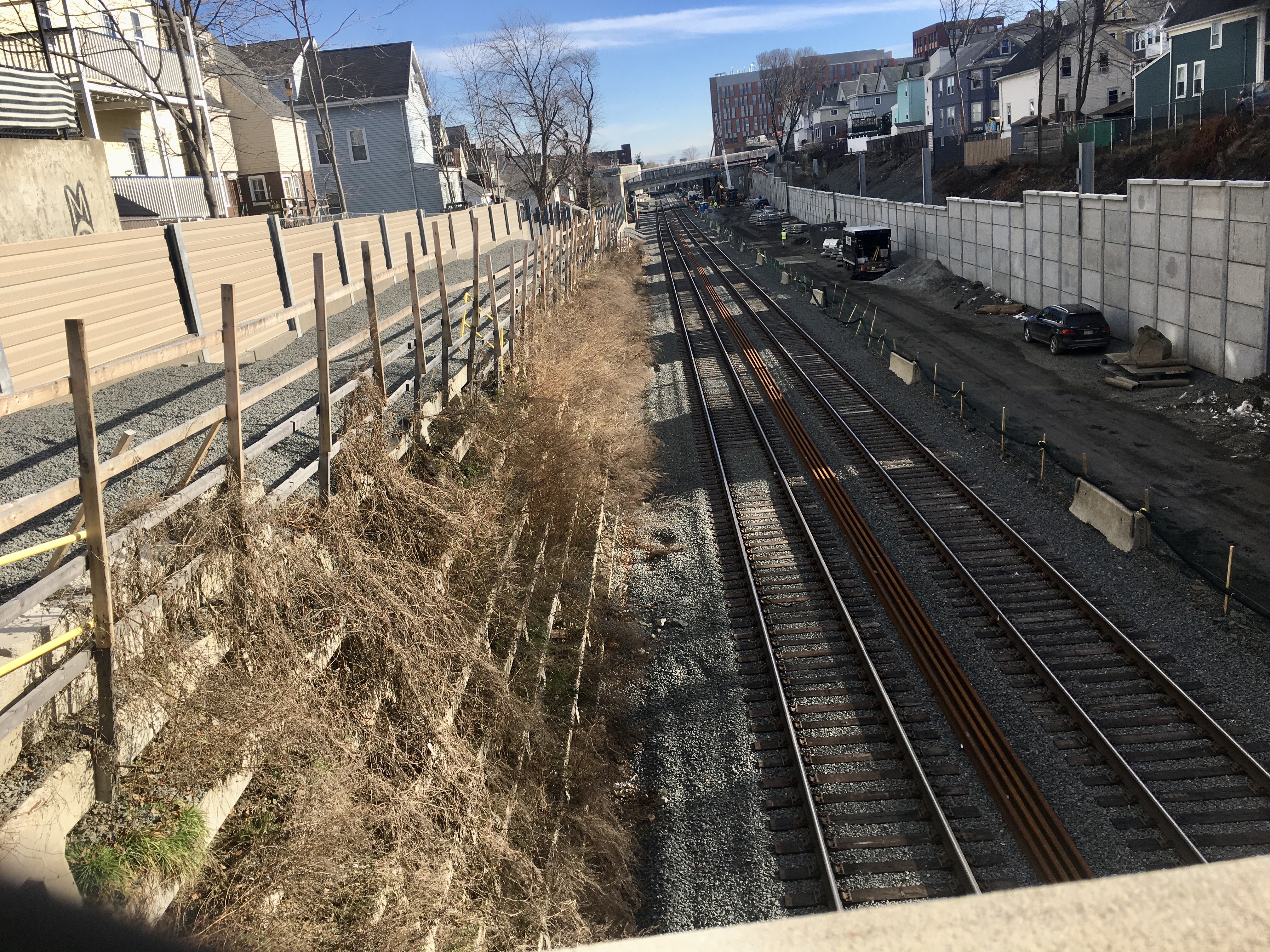 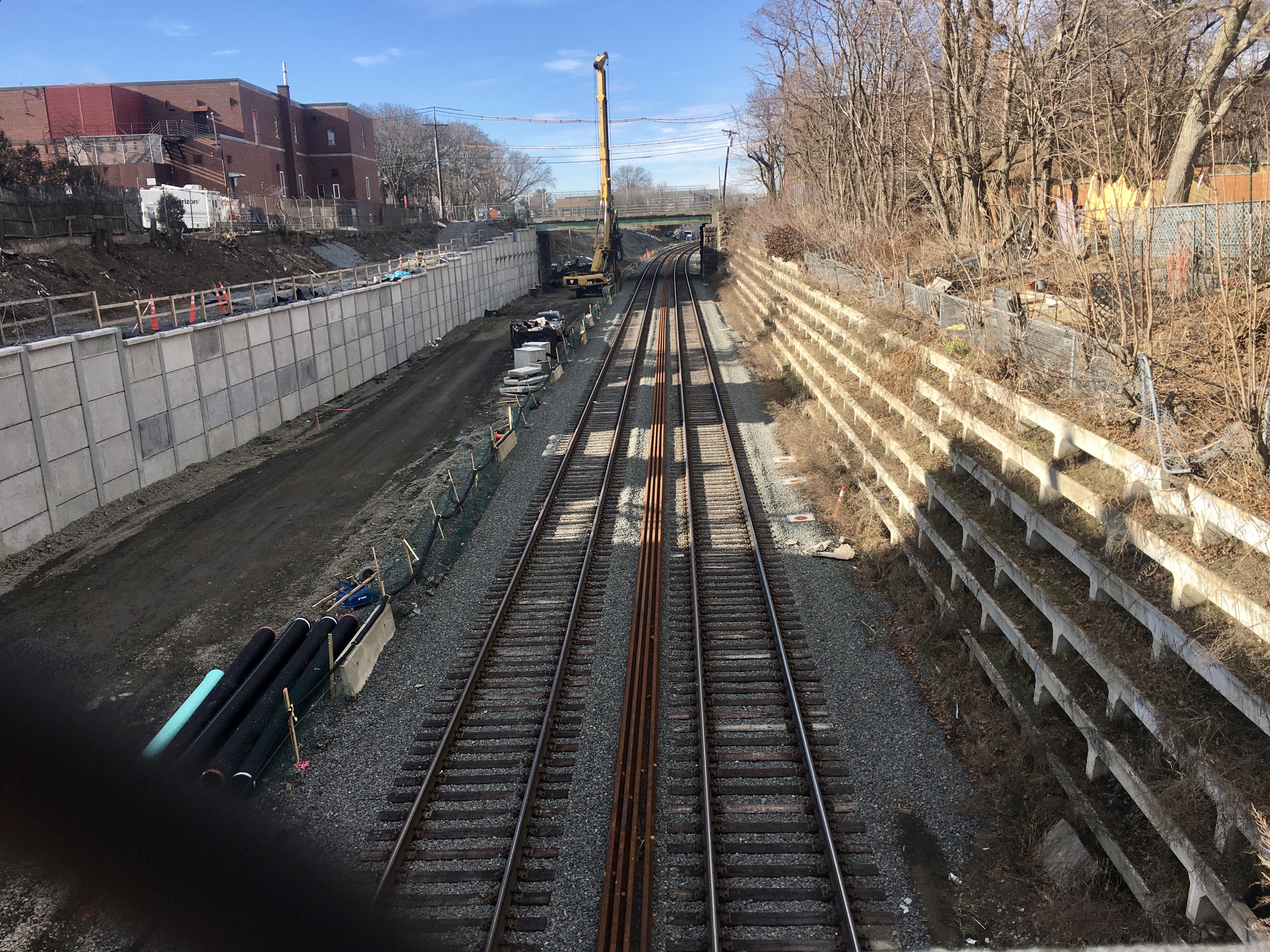 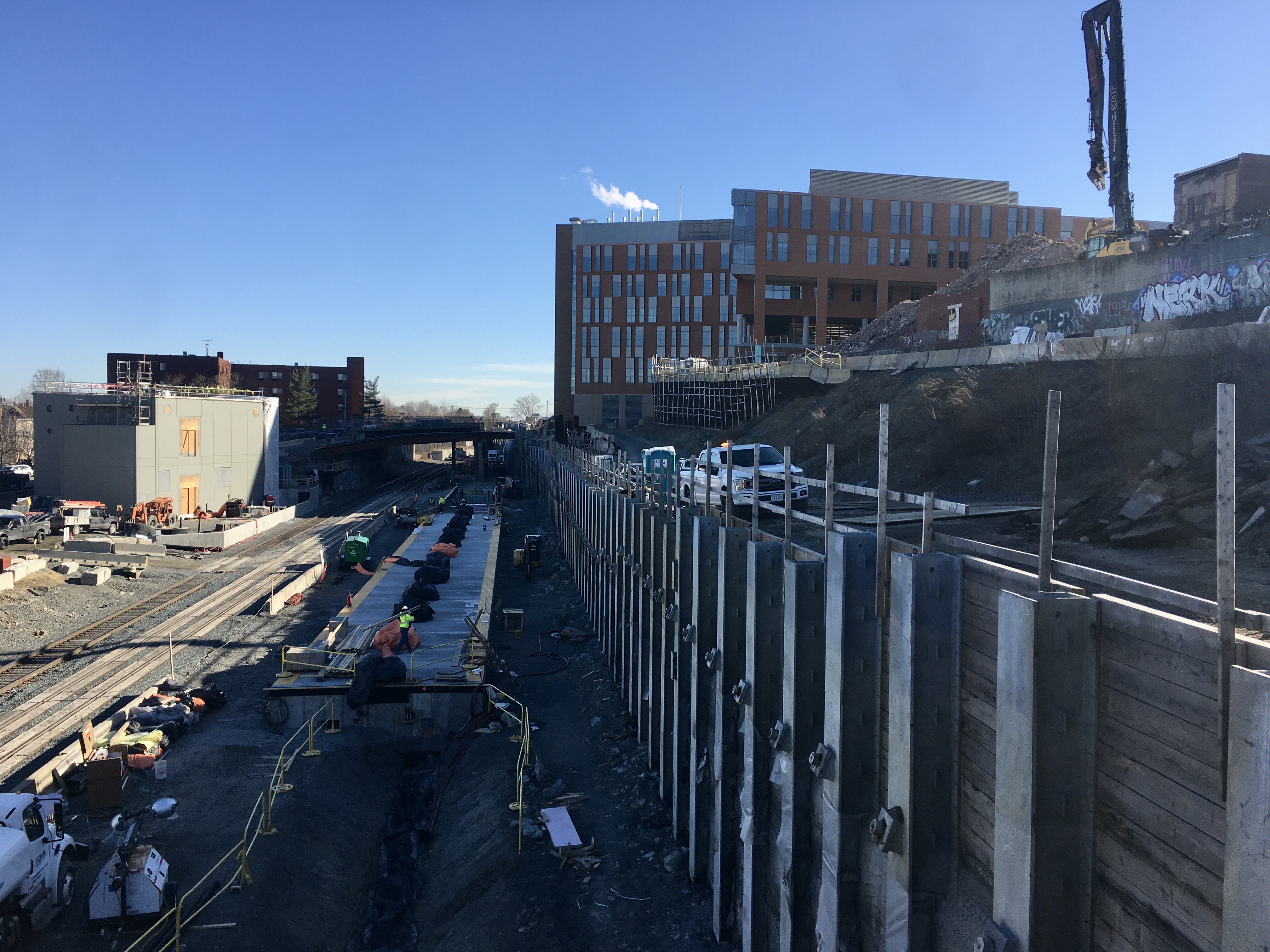 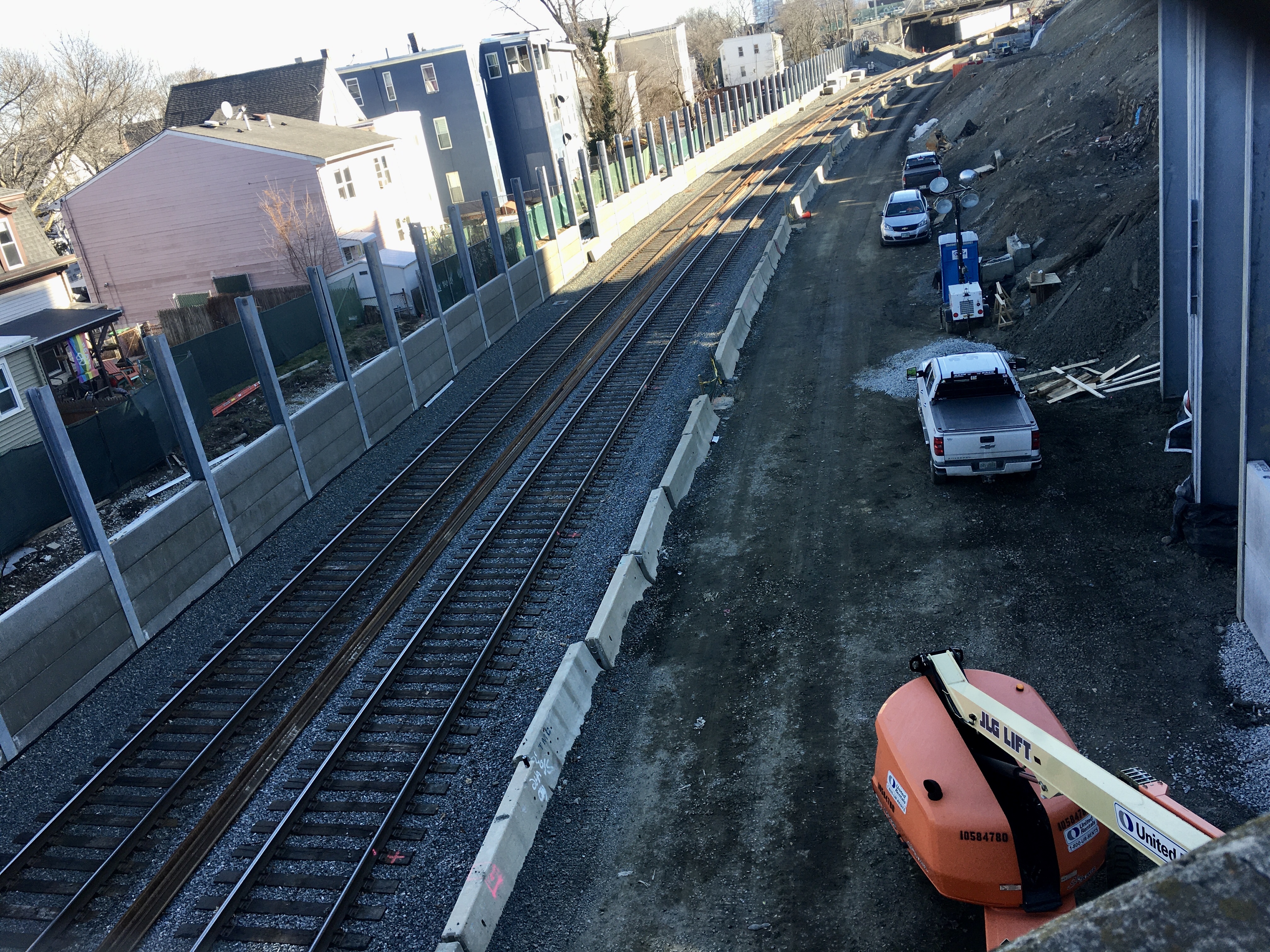 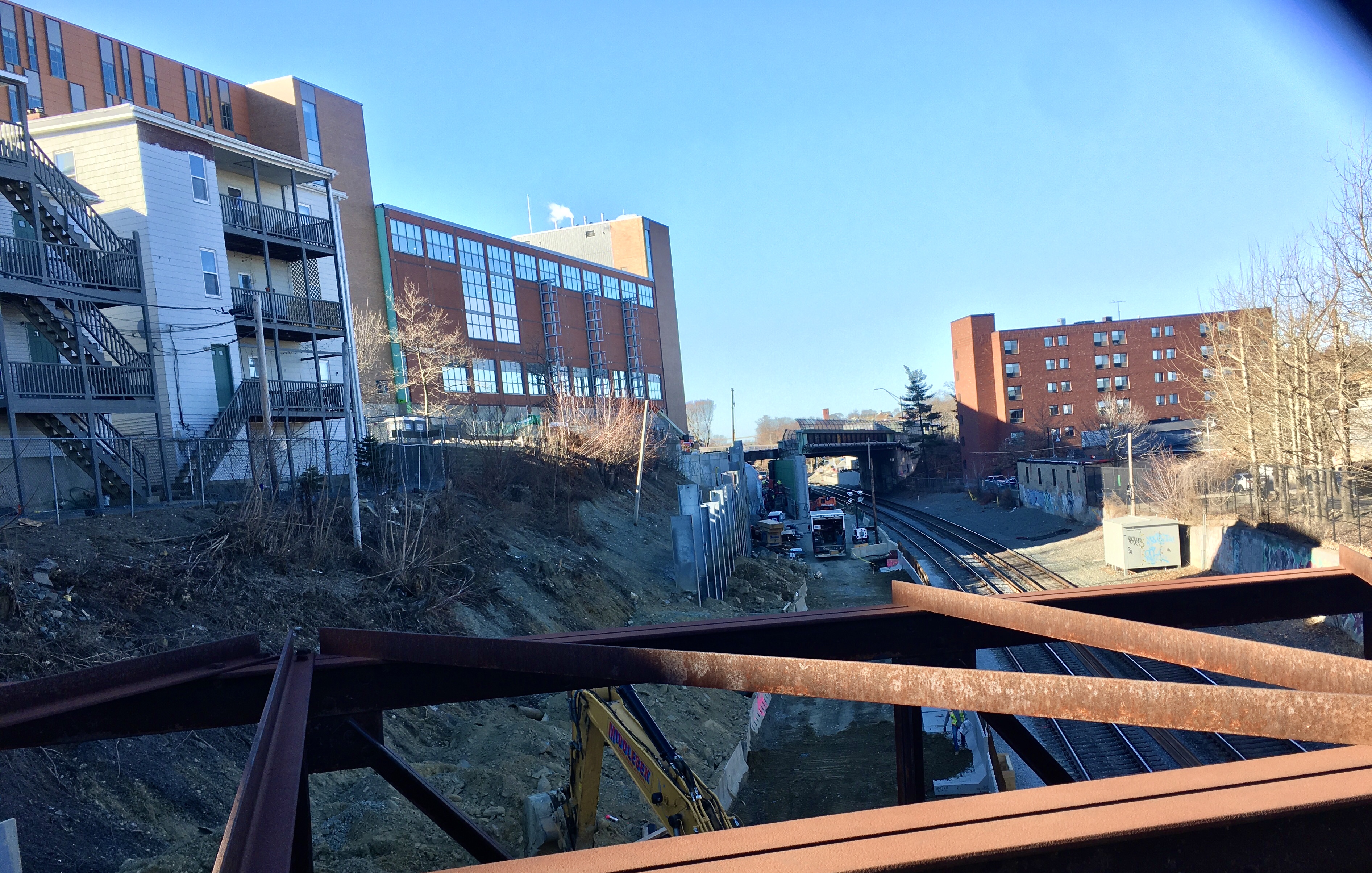 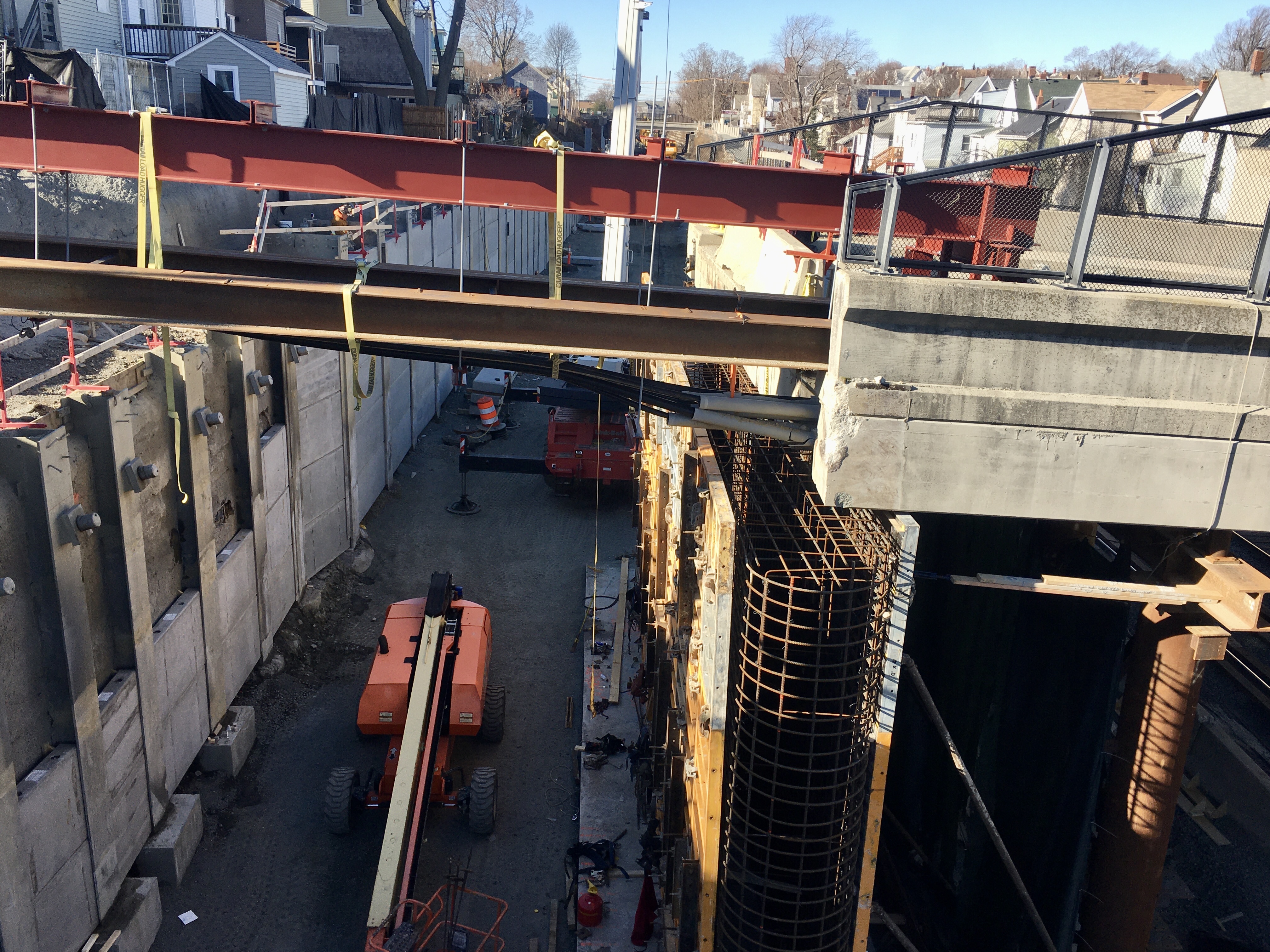 Those studs at the top of the sound barrier make this look like the bathtub walls for the World Trade Center in New York!!
R

Some of those studs will support the cantilever of the bike path over the tracks.

I think it’s just a short stretch approaching the School St bridge, where the proximity to the houses makes even the narrow path untenable.

RandomWalk said:
I think it’s just a short stretch approaching the School St bridge, where the proximity to the houses makes even the narrow path untenable.
Click to expand...

Yeah, so not a tunnel, but the path will overhang the trench in this spot.
V

RandomWalk said:
Some of those studs will support the cantilever of the bike path over the tracks.
Click to expand...