Dr. Rosen Rosen said:
Yeah, sorry to break it to you, but it’s been gone for a while now. 2 years or more.
Click to expand...

I haven't been out there since the new construction. Apparently the GLX needed the room. But at least the doorway entrance was preserved.

Charlie_mta said:
So, they tore this building down? Aaaargh!!
Click to expand...

It looks like it hasn't been used for eons!!

Jahvon09 said:
It looks like it hasn't been used for eons!!

True, but it sure was a cool looking building. Too bad we lose these classics.
A

The building was found structurally unsound. I think somewhere in this thread's many pages that as mentioned or maybe it was in the Somerville Development Thread or both. But Googling again, I am still able to find this article that mentions it and this one on preservation (but I have to say, it's a lot harder now than a few years ago).

So this is a mix from memory and the two articles above
Personally I would have liked if the building was saved. Especially it it was turned into some kind train station with mixed-use businesses and community. But the mix of GLX taking too long and the city failing their maintenance of the building means it was too late.

I remember feeling really annoyed when I heard the Homans building was being torn down after so much discussion on renovation. The city owned the building and thus so much energy was spent on how to renovate it, but apparently nobody did any maintenance while everyone argued over it.
B

Charlie_mta said:
True, but it sure was a cool looking building. Too bad we lose these classics.
Click to expand... 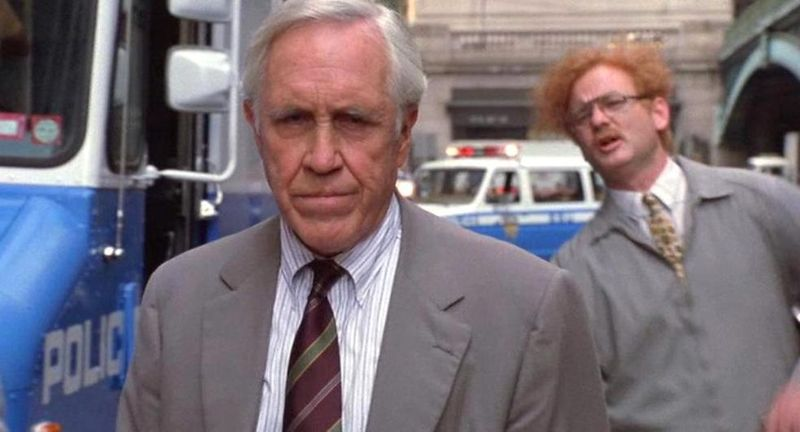 Beautiful buildings.
There goes another one.

Charlie_mta said:
True, but it sure was a cool looking building. Too bad we lose these classics.
Click to expand...

Yeah. Old buildings like that are sometimes worth fixing up to make them look like new again. Too bad that had to happenl.
A

And that's why it was so frustrating that it was tore down. It was owned by the city. Generally everyone involved expressed they wanted to see the building renovated, maybe when set it up to be used by GLX in someway.

But despite "everyone" is in agreement, that the city owns the building so "we" can do what we want, and no visible opposition - apparently we just kept "agreeing" with each other until the building decayed the the point that it can't be saved.

ant8904 said:
And that's why it was so frustrating that it was tore down. It was owned by the city. Generally everyone involved expressed they wanted to see the building renovated, maybe when set it up to be used by GLX in someway.

But despite "everyone" is in agreement, that the city owns the building so "we" can do what we want, and no visible opposition - apparently we just kept "agreeing" with each other until the building decayed the the point that it can't be saved.
Click to expand...

I'm thinking that at least the front face of the building could have been left in place and incorporated into a new building. The structural integrity of the building was gone, yes, but new framing and basically a new building behind the original facade would have worked, I'm guessing. Of course an engineering assessment would determine the feasibility.

Seen from the GL as it leaves Lechmere towards Union Sq station: The GLX rail yards (is that what their called?) and also the commuter rail yards. Also, what’s that Lincoln Log looking building?? 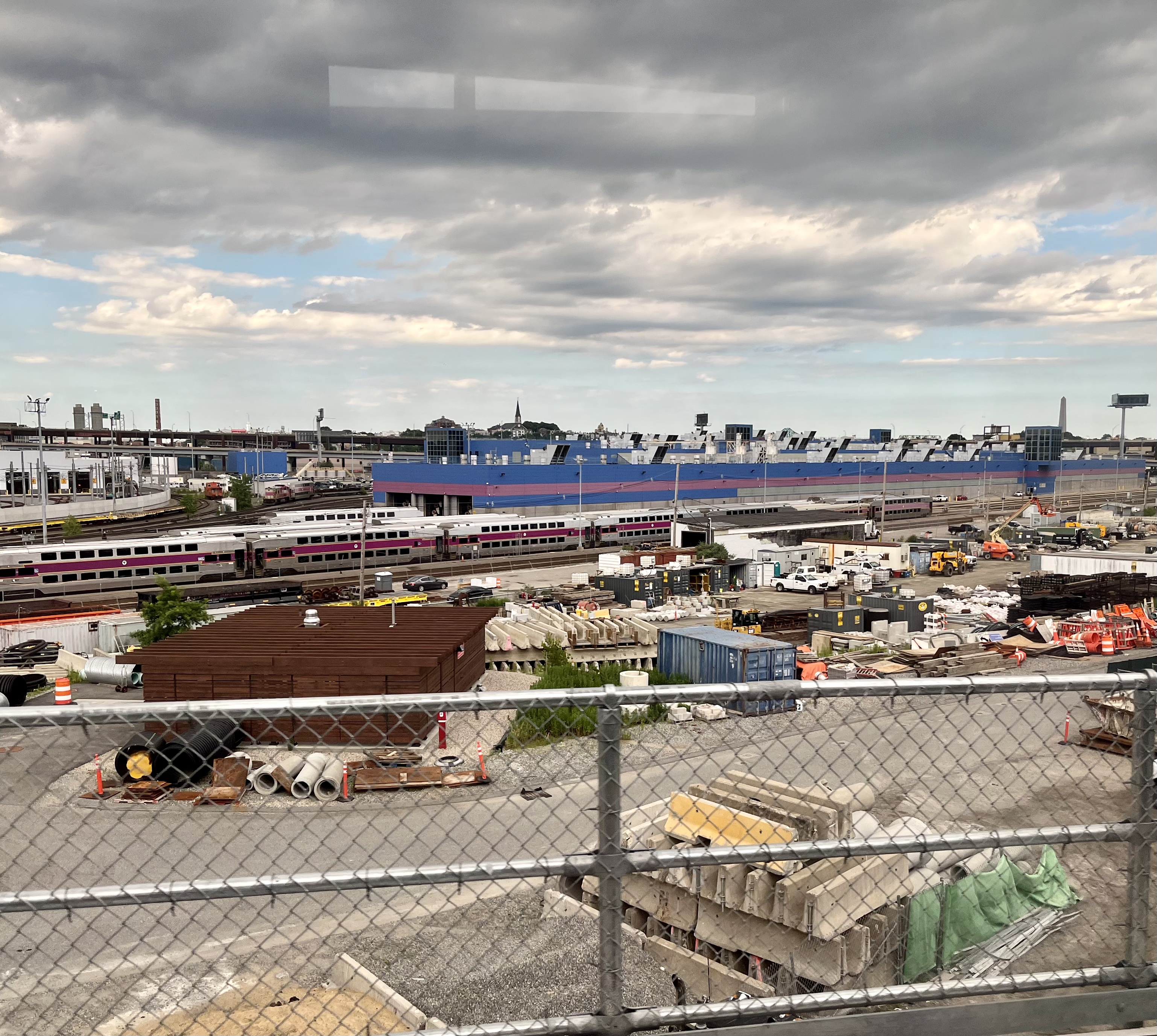 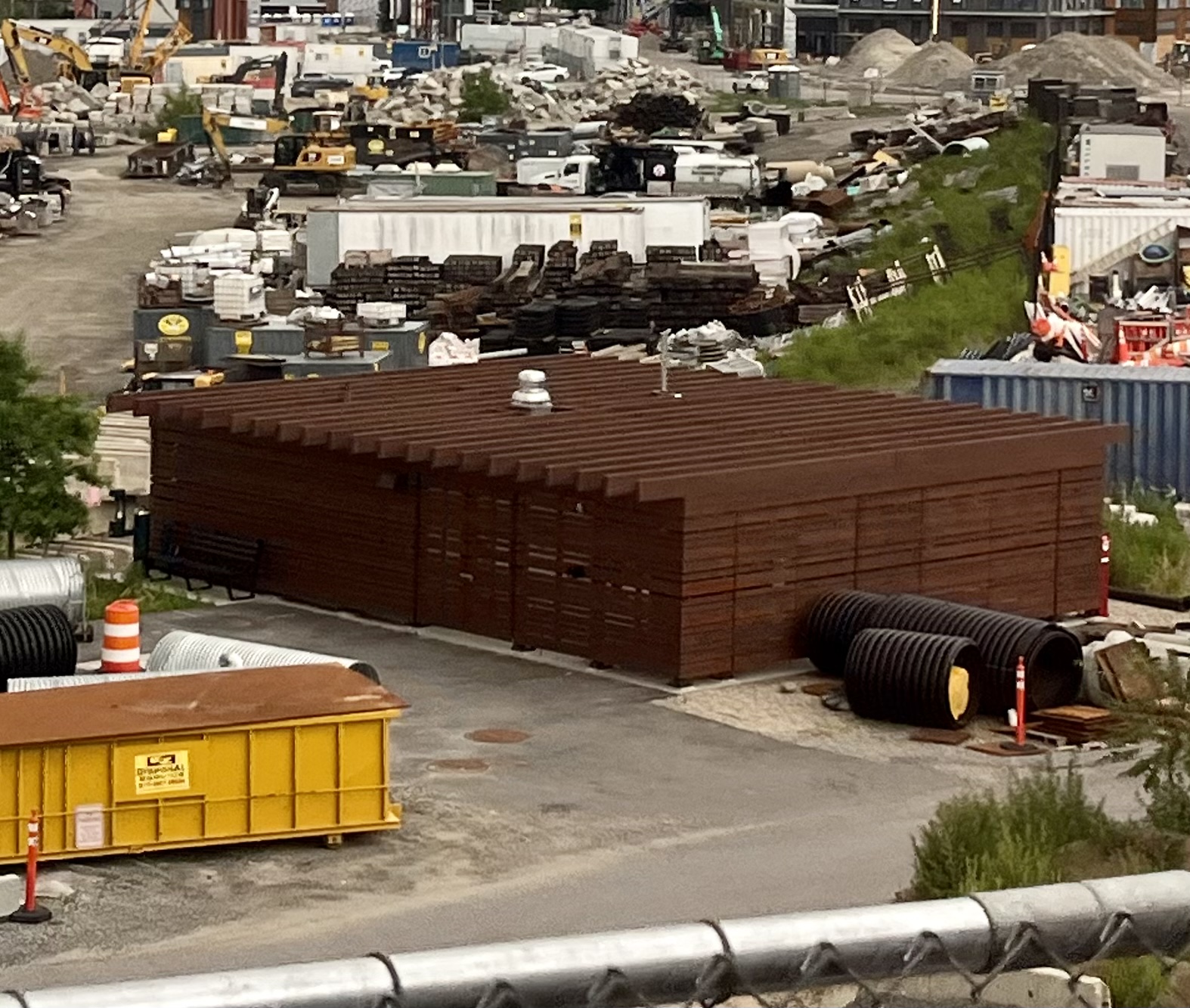 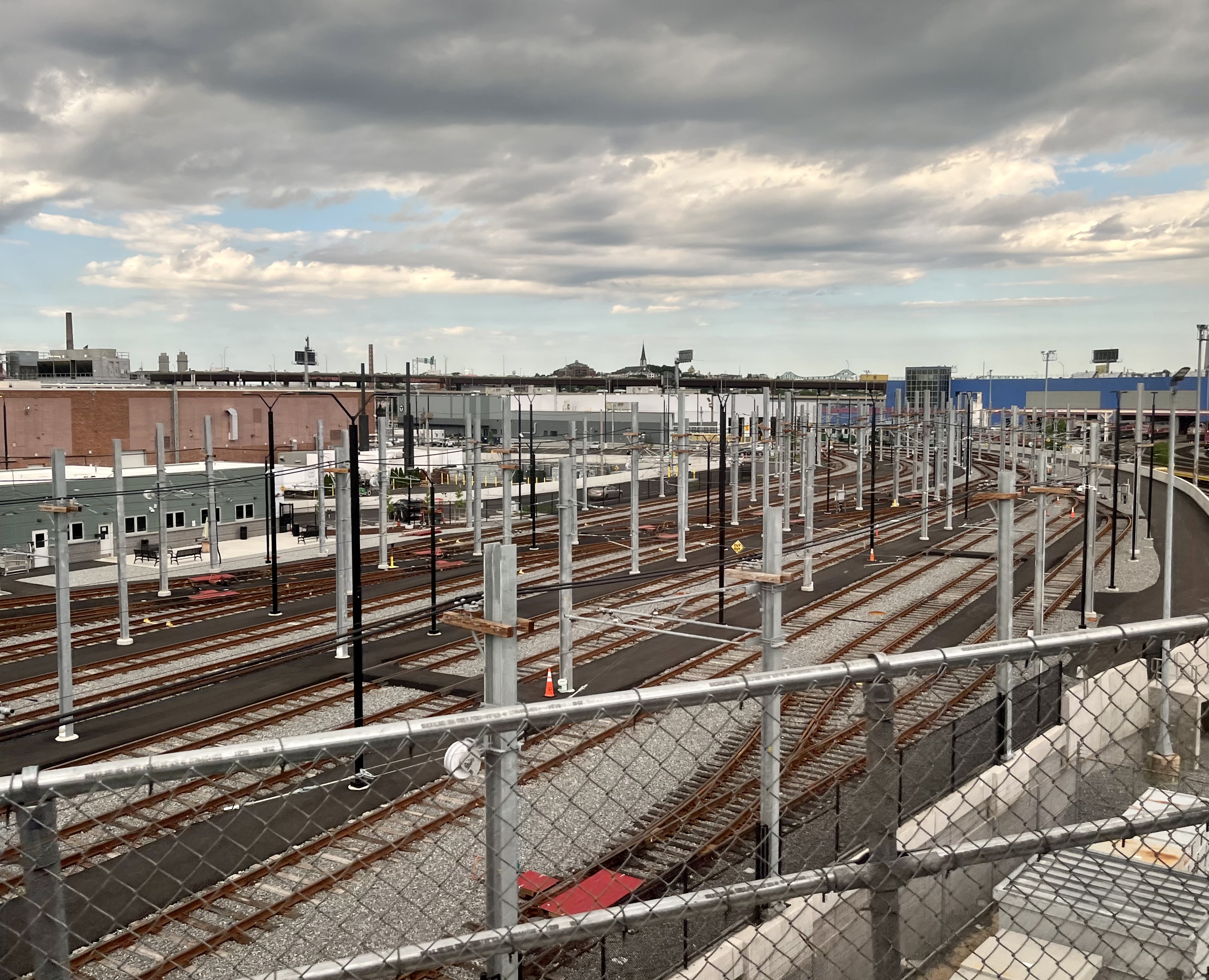 I assume it will get named after someone soon enough.

It's ironic that the "Inner Belt" district is named after the Inner Belt Expressway that was planned but never built.

I don’t think so. The Inner Belt Carhouse is the name given the new, wired, multi-LRT capacity (gray/green colored?) vehicle maintenance facility or the greater “place of overnighting”Transit History calls it a carhouse as a historical parallel, and inner belt after the highway era name.

In the post by @Dr. Rosen Rosen asked about a low, unwired, dark brown “Lincoln-loggy” building reached at the end of Cambridge Crossing’s Morgan Ave, which I d say looks like a combination of things:

I see a crew break facility (white roof, with smoking bench outside) that also can store equipment inside. mostly a pergola-lattice of joists instead of a roof.

Is it even an MBTA parcel? Could be a Cambridge Crossing outbuilding (it seems their style) or an MWRA access point or some other entity.
Last edited: Jul 10, 2022
A

Good find! That makes more sense to me now - the human scale / non-industrial design aesthetic - given that people will walking near it, and another residential building will abut it. 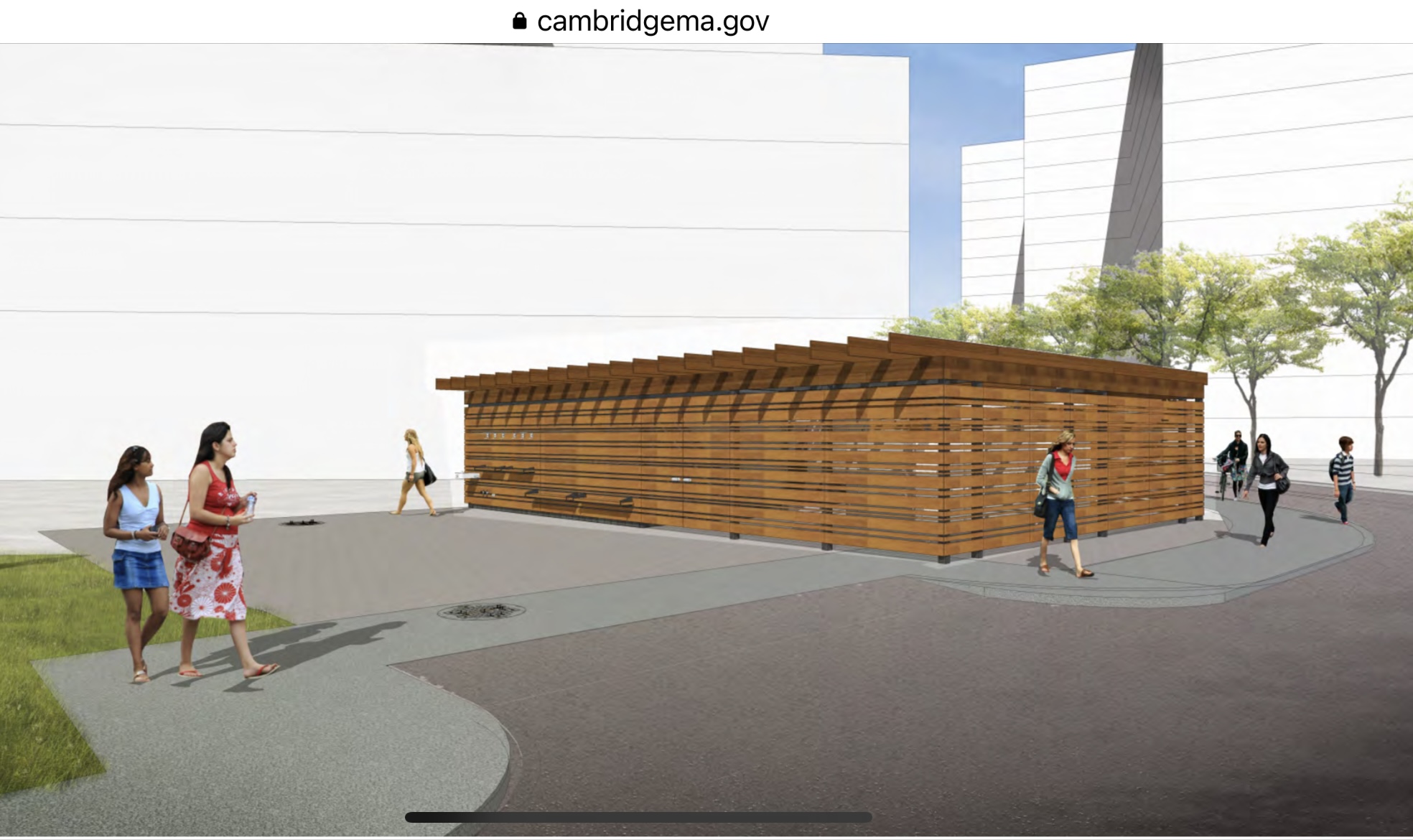 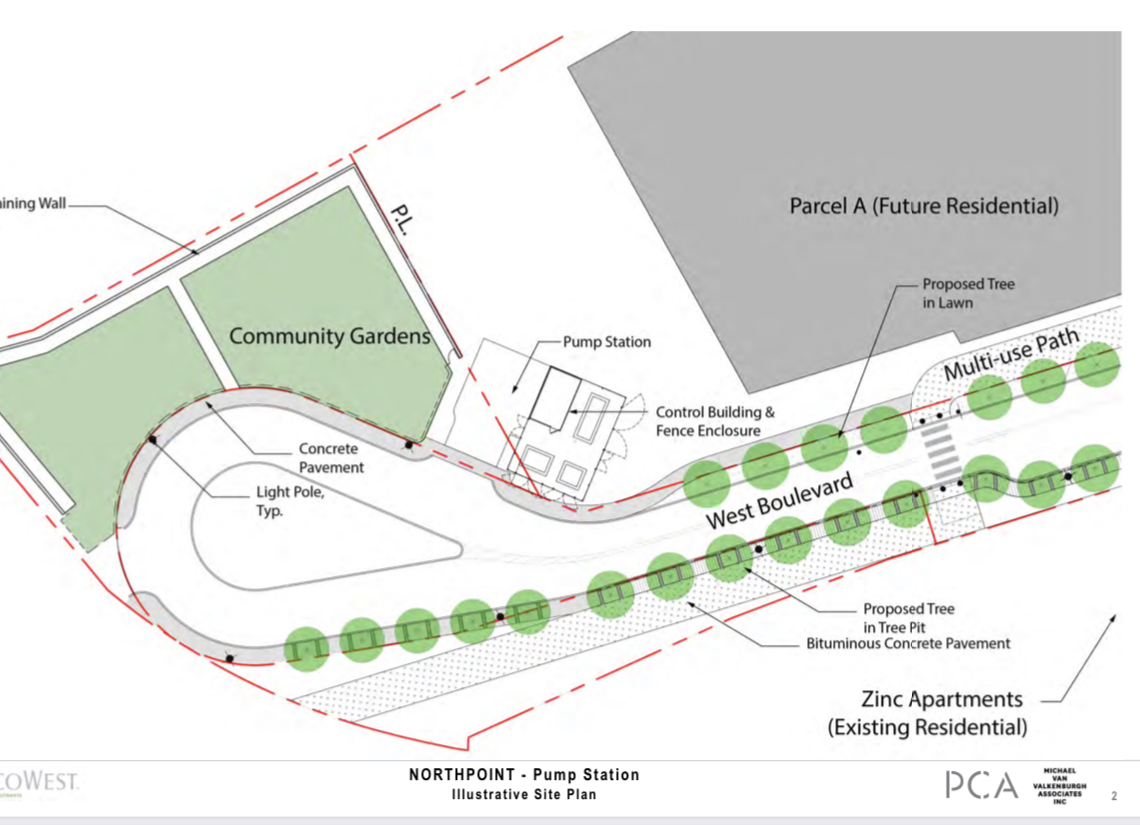 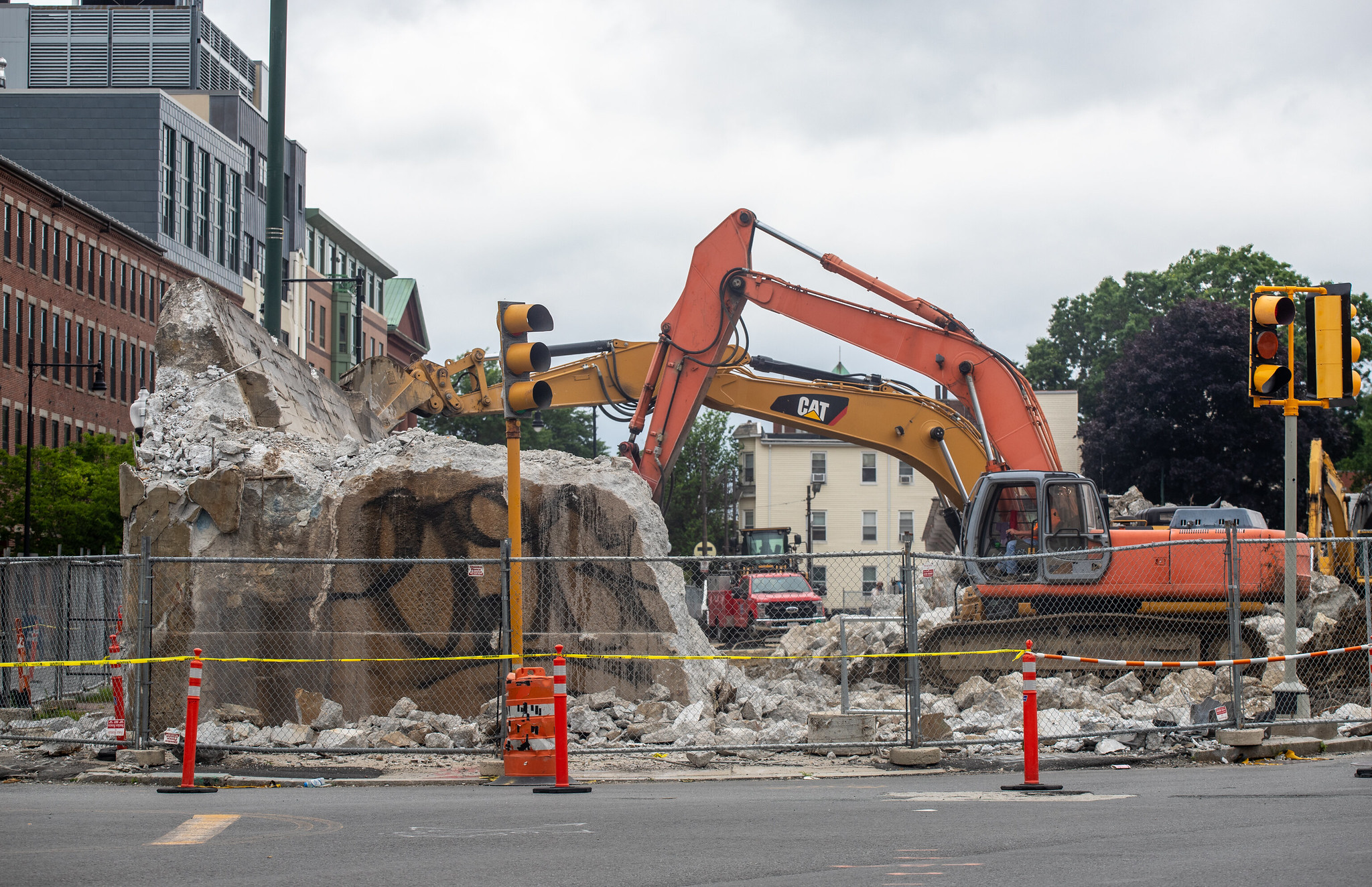 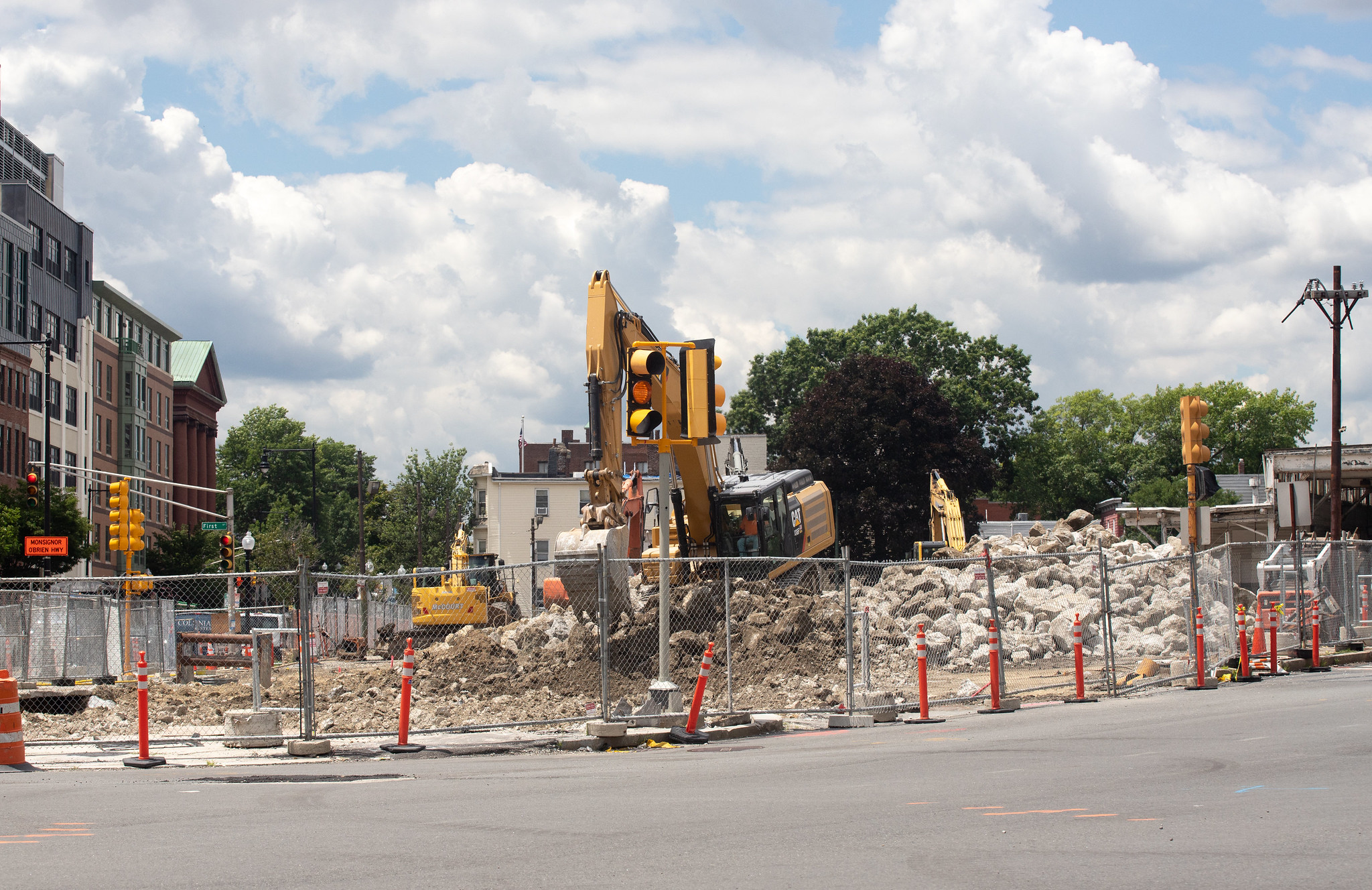 Great shots, as always, kz. It is worth noting that this former Lechmere incline was built absolutely fortress-like. It took them roughly a month and a half to demo it, pounding away at it pretty much daily. Would have lasted many hundreds more years if left alone, probably. Incredible.
B

Side notes:
Page 6 - (among others). Every time I see the Somerville/Cambridge/Boston town lines meandering randomly through a series of contiguous parcels, it shows we just don't have our act together. I realize there may have been a waterway there a hundred years ago and that's why It Is How It Is. I just know Somerville won't maintain their section of that street, Boston will not be helping out with the slice they own, and Cambridge is losing out on what should be straight property tax revenue. Is there a state surveyor in the house who can show us how to draw a straight line?
Page 24 - Shadow studies on one-story buildings make me slap my forehead and want to punch a NIMBY.
Page 13 - 7 people walking around a utility pump station at the end of a cul-de-sac next to a railyard under a concrete overpass = fringe user scenario. Dress them as unhoused addicts and it's almost believable. What? Were there no spray-painting kid avatars in the CAD PeoplePak?
Overall - This really seems like a massive Legislatively Required Design Documentation dookie. I'd assert the plan prep is more expensive than the actual build will be!
R 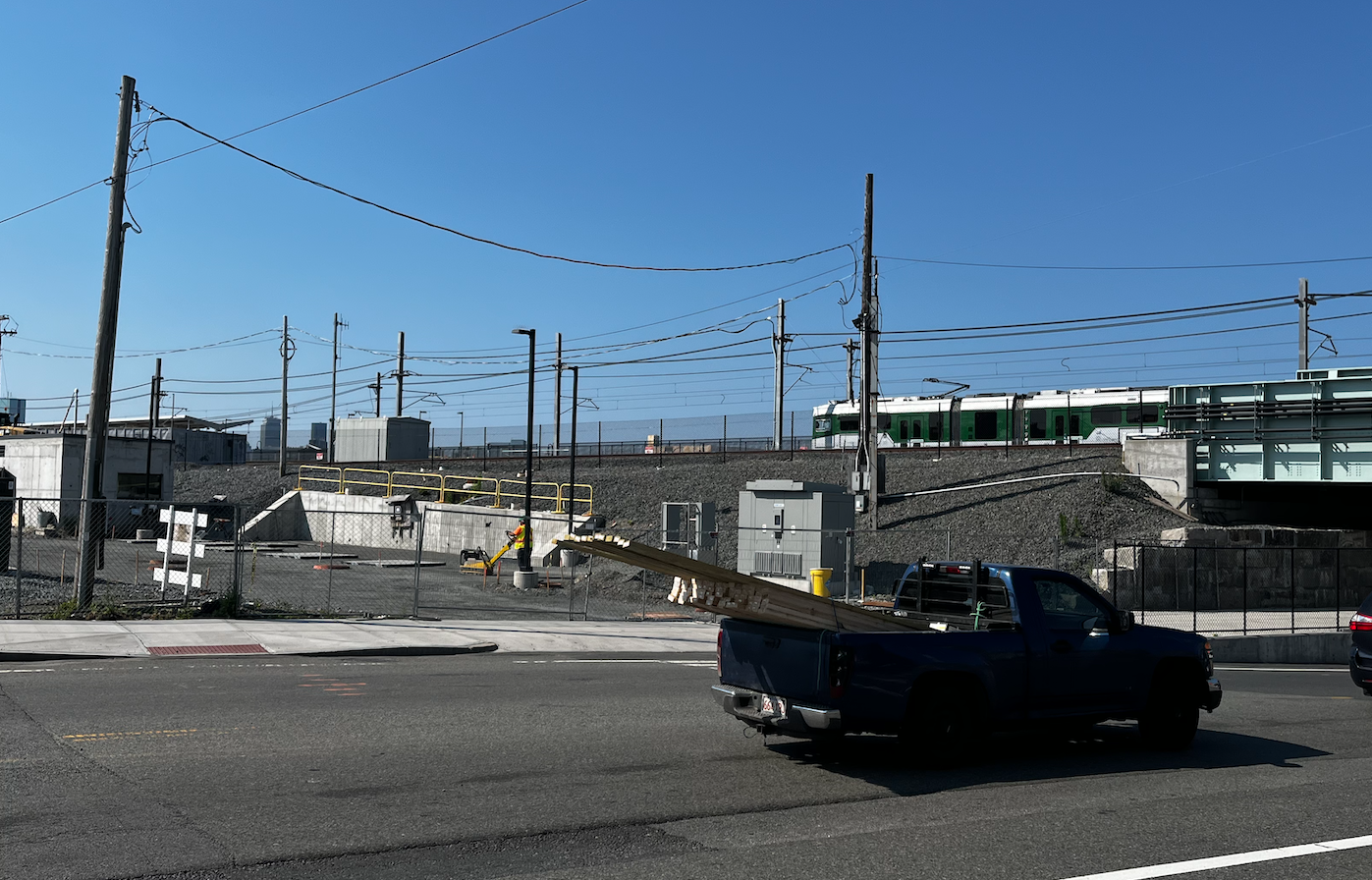