I dig this building as well -- beats the hell out of that Dr. Seuss nonsense up the block.

BTW: there's a thread for this project here.

I combined the new thread with the existing one.

Welcome to the board mdd. Thanks for the update. 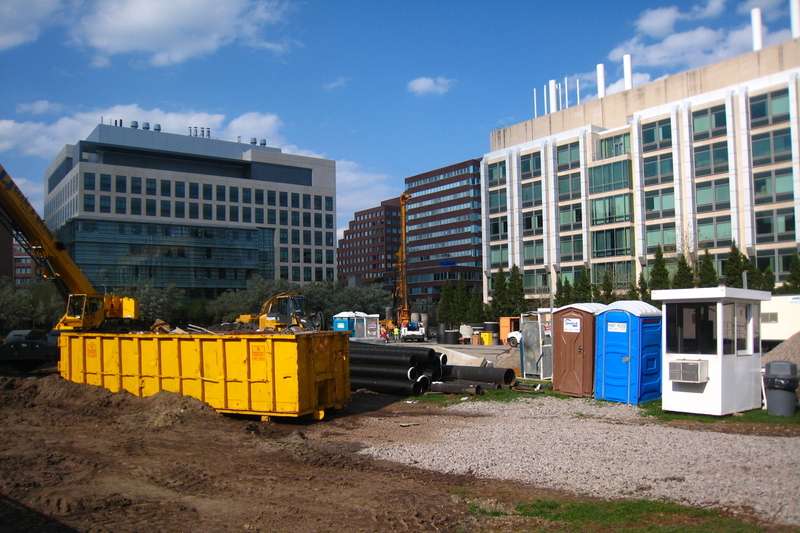 From the Stata amphitheater that MIT had to rebuild one year post-construction because it leaked.

Picture above is roughly from the perspective of the guy in the white shirt and tie in the rendering below. Where has Stata gone? 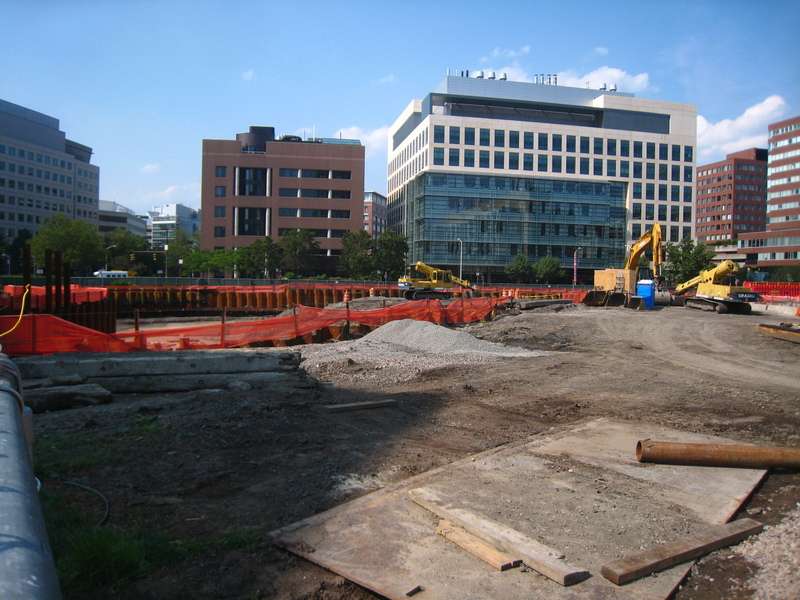 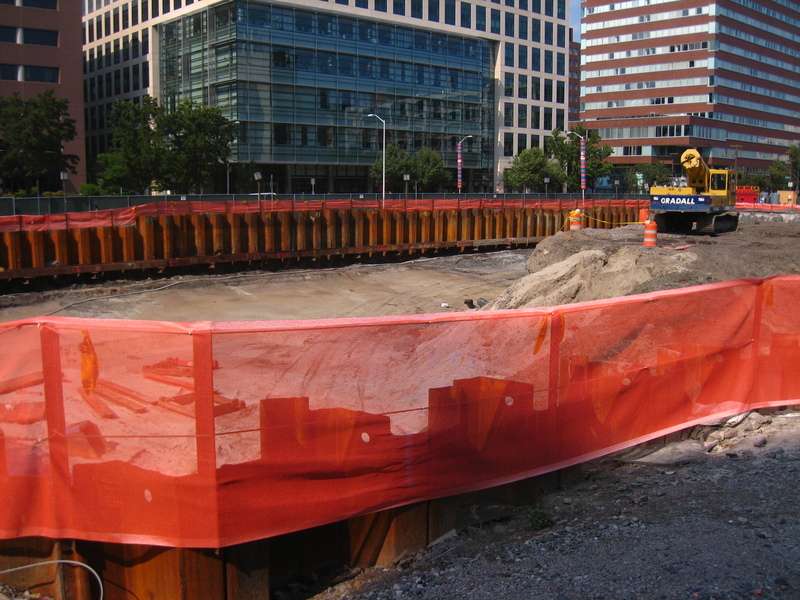 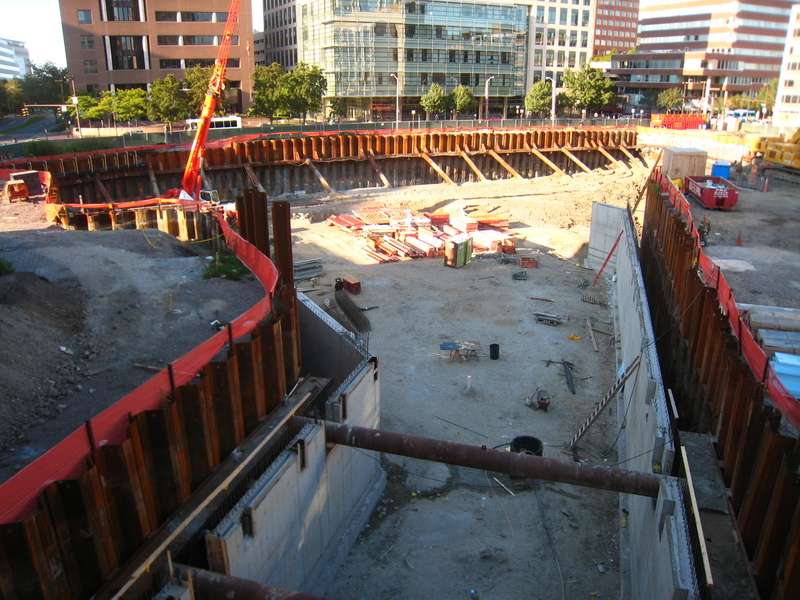 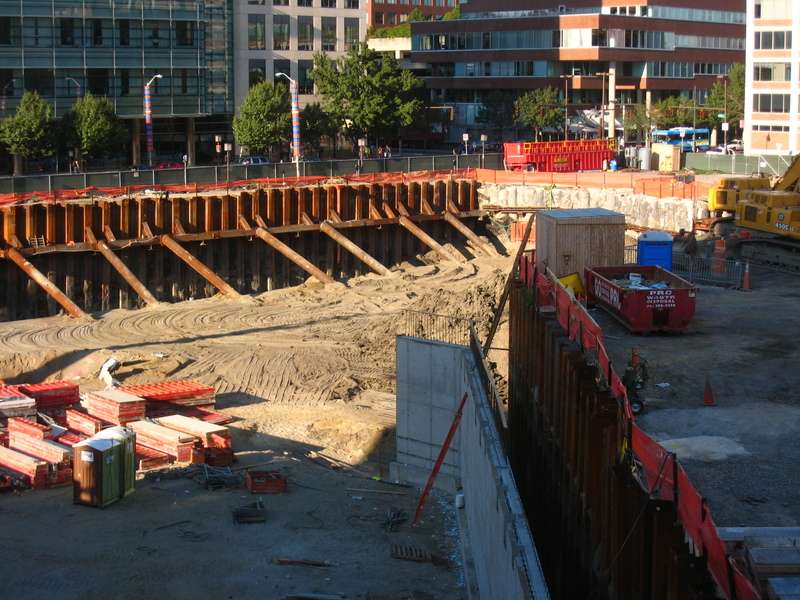 crappy pic of the mock-up: 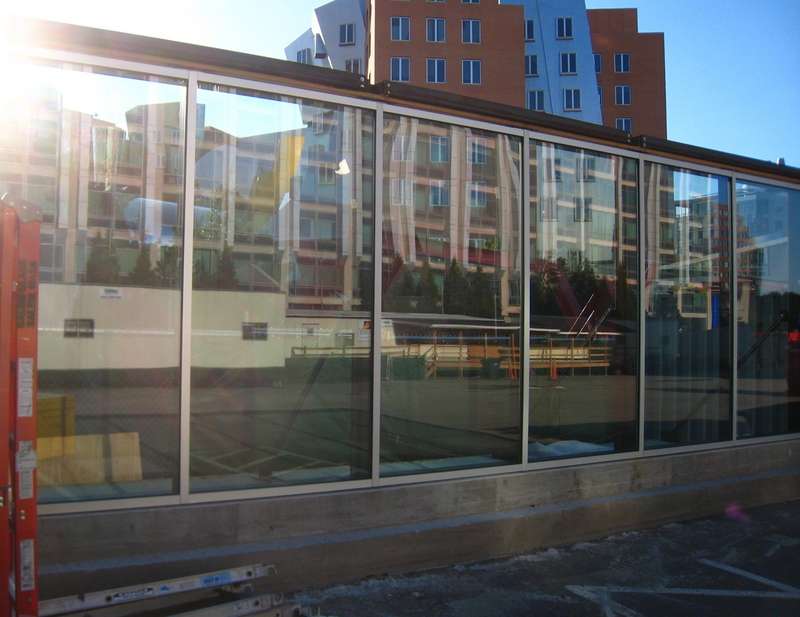 Another pic of the mockup:

From State Center looking east and down:

Full steam ahead this morning: Very nice pictures CD. Thanks for posting and keep it up. This is going to be a very large building so sit back and enjoy. With two cranes it will go fast.

Is there retail set to go in here or will this be another of Kendall's visually stunning but sterilly empty lobbies?
R

Other than the Student Center, I've never seen an MIT building with retail in it.
A


melkor said:
Very nice pictures CD. Thanks for posting and keep it up. This is going to be a very large building so sit back and enjoy. With two cranes it will go fast.
Click to expand...

Glad you like them! I pass by it on my way to work daily, so I'll be chronicling the construction.

i'm not sure, but aren't most buildings in kendall square, fronting main street, MIT buildings (directly or indirectly)? And don't most have street fronting retail?
A

^ Right. There's a little oasis of urbanity on both sides of Main Street where the Kendall subway stop spills out. On the Marriott side, there is (or used to be) a nice plaza, a food court with an Au Bon Pain, and a branch of the Coop. On the other side, there's an MIT Press outlet bookstore and plenty of MIT pedestrians headed for the subway. All very nice; a miniature, but with many of the features of Harvard Square.

Before it became unaffordable, I used to stay at this Marriott; it felt like I was staying in the city because of its carefully-assembled collection of urban parts and its two stops to Park Street.

It is, however, a bit of a "power center" --as you can see from the photos: it's a veneer exactly one building thick along Main Street ... and the parking lots commence immediately behind in suburban MIT, and across Broadway in Technosuburbia .

They're now actually building these in Charlotte along the new light rail line.
C

I feel that it seems unnecessary to disconnect Main street from Broadway/3rd street. They could redo that intersection so it isn't more complicated but, you could go from 3rd to main.

I always have found main street to be pretty dead for life when I walk from central to kendall. I know this is partly because of the industrial buildings in the middle I know, but I feel the disconnection of the street on both ends contributes.
A

Cambridge is an anomaly. Many people walk in Cambridge ... but in many places it's not really walkable without being a chore. It would help if the Red Line had six stops instead of three. It would also help if Inman Square got a steel-wheeled connection. Why stop the future Green Line branch at Union Square?

Many people are fearful of the potential gentrification of Inman if it were to be linked to the rest of Cambridge by rail. The "Davis Square effect" is often cited.

The choresome walkability of Cambridge is also the reason that bikes are so popular here.
A


czsz said:
The choresome walkability of Cambridge is also the reason that bikes are so popular here.
Click to expand...

Bikes present their own chores: helmets, bike locks, the difficulty of carrying shopping bags, not knowing where to leave them safely, vandalism, and the ubiquitous danger of an accident in traffic. Finally, I've never once owned a bicycle that was not ultimately stolen. 100%.

try a shitty bike! and id say its very easy to use a bike for chores. wrap the lock around the bar. use a rack in back, and carry a backpack. as for a helmet...if youre confident enough, just forget it.
You must log in or register to reply here.
Share:
Facebook Twitter Reddit Pinterest Tumblr WhatsApp Email Link