As always, F-Line, you are an amazing wellspring of information on these matters--thanks for sharing...
N

I-195 board gives initial nod to 295 apartments in 2 projects. Parcels 6 & 28. Mess of materials in rendering for 28 but I'll take it. https://www.providencejournal.com/n...s-initial-nod-to-295-apartments-in-2-projects

I also wanted to add a few Fed Hill/ West End projects that haven’t been shared. These are not huge by any means, but they’re filling some holes.

Some infill (yay!) on Westminster:

- Extension on top of a storage shed/ garage for Big Nazo. Not yet approved I don’t think but they presented at a neighborhood meeting and the comments were, for the most part, very positive.
Pic and more info: https://www.wbna.org/events/2019/6/4/neighborhood-neighborhood-development

- A fugly stumpy under construction at 1292. This one is topped out
via: Providence Planning http://www.providenceri.gov/wp-content/uploads/2018/01/Planning_DT_1292-Westminster.jpg

- This one is next to the stumpy. Obviously in the beginning stages. It’ll be a new space for Community MusicWorks.
via: Providence Planning http://www.providenceri.gov/wp-content/uploads/2019/05/communitymusicworks.jpg

- This boring apt building at 473 Washington. Good to have more bodies around though. They demolished a single-story industrial building to plop this one in. There’s a brick muli-story industrial-type building across the street I hope gets developed. https://www.wbna.org/news/2018/10/24/cdc-project-reviews-110-hudson-473-washington

- With terrible plans moving ahead for the Providence Viaduct, I do home they crush the Dean Street onramp and try and stich back Fed Hill with the Valley. Won’t hold my breath but I understand this was discussed.

You should be able to access as PBN is now free for a while.

The West Fountain apts would nicely complement another building proposed almost directly behind it on Washington.

Wish I had more info a picturesssss. Here are the minutes: https://opengov.sos.ri.gov/Common/DownloadMeetingFiles?FilePath=Notices47522019338666.pdf
S

78 fountain st well on its way 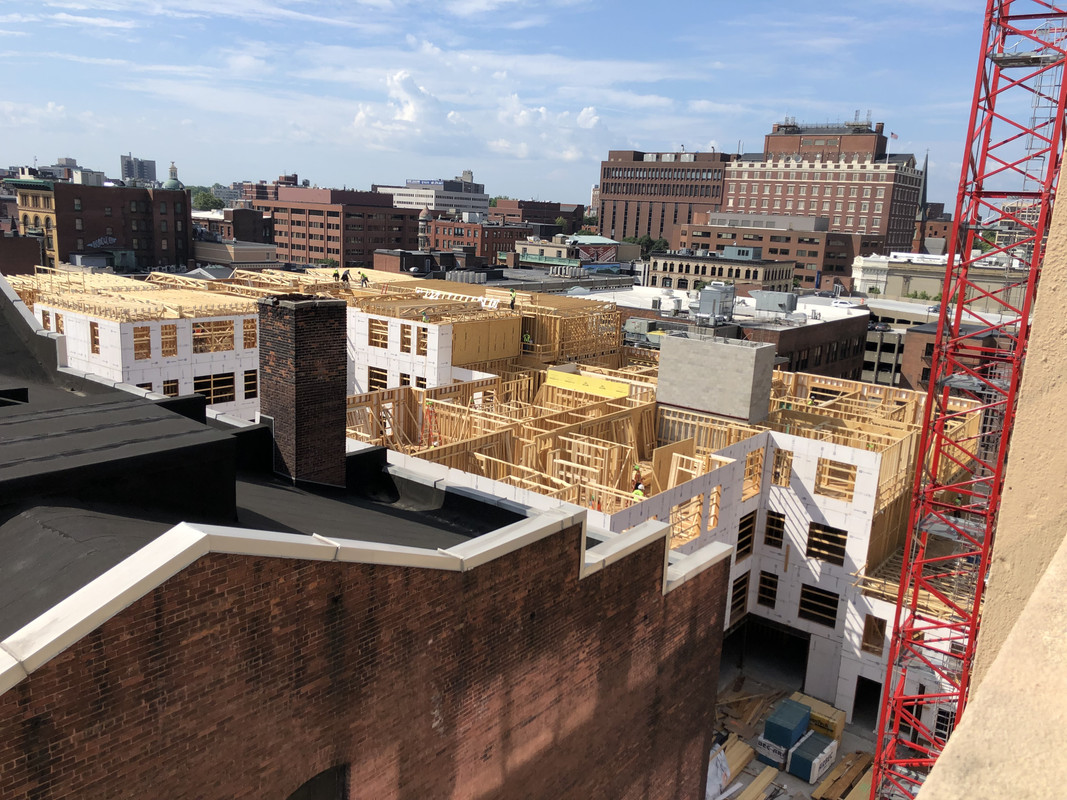 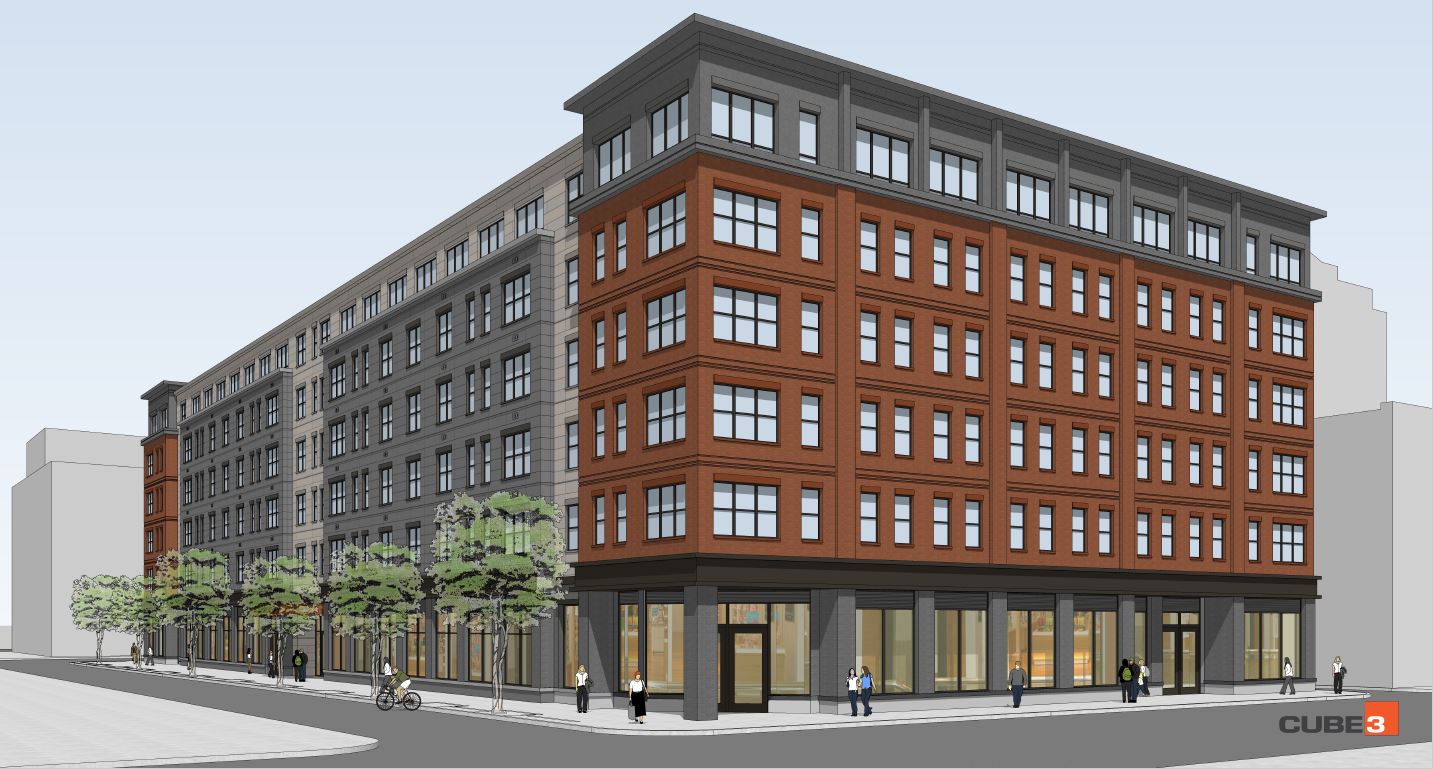 That one is a real game changer! Huge lot being filled. :dance:
S 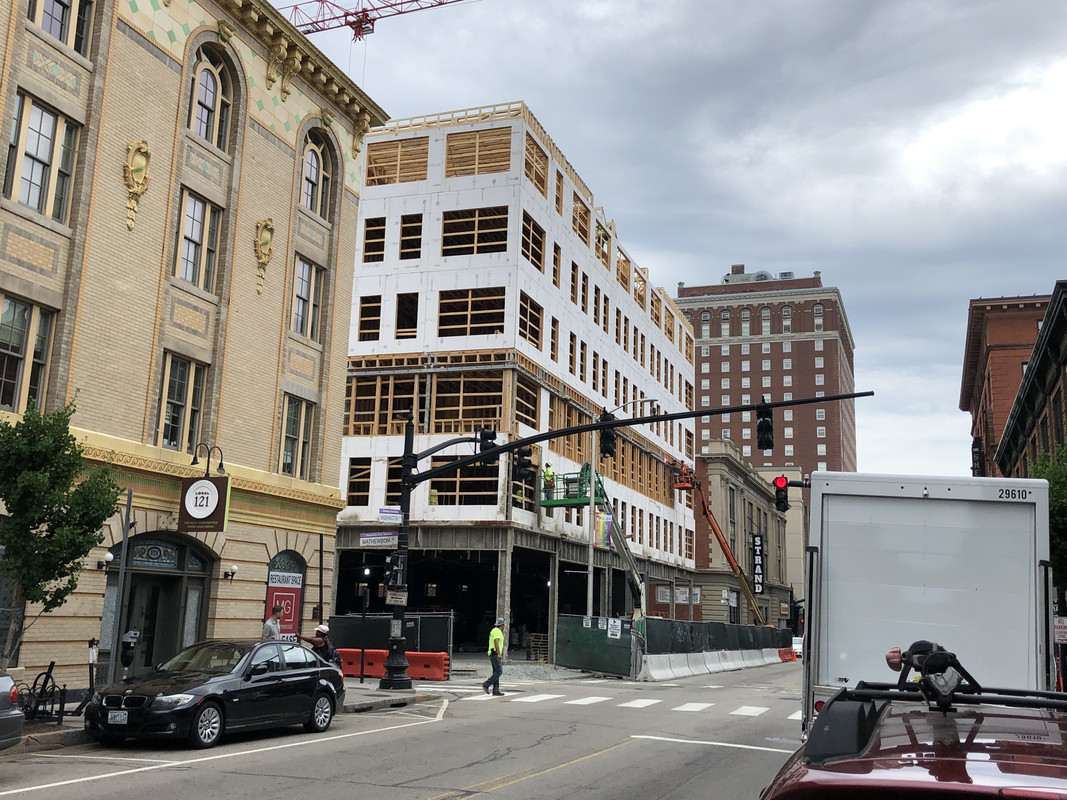 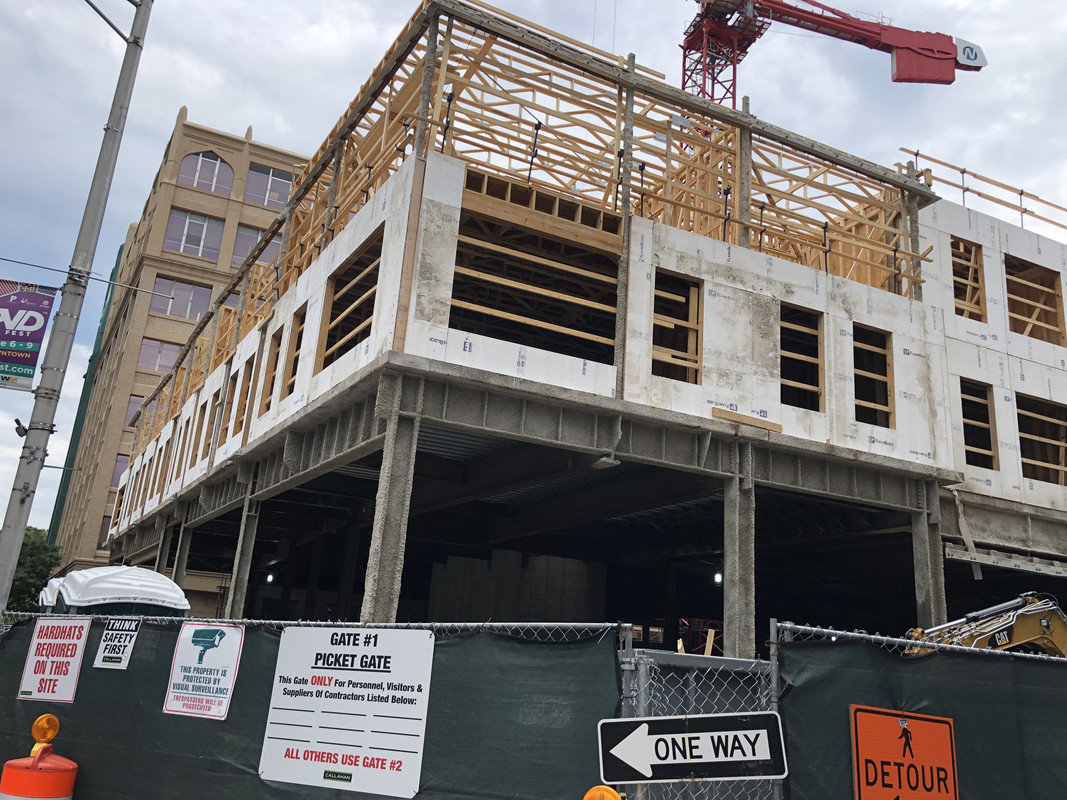 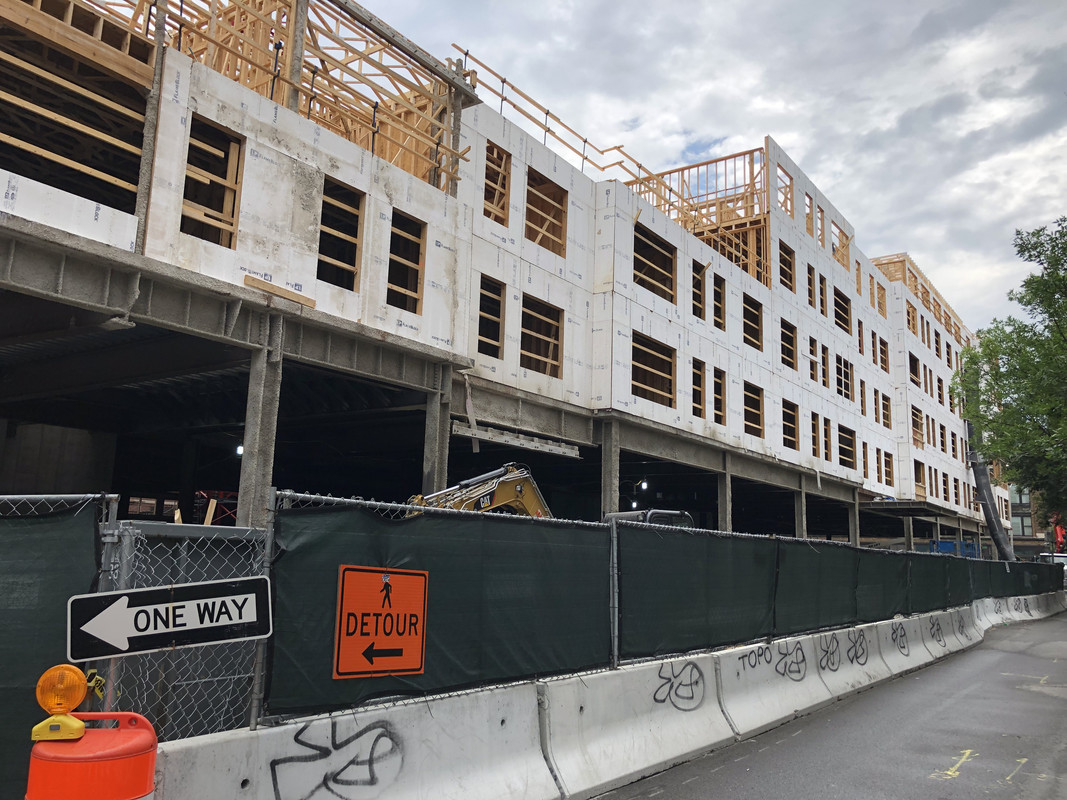 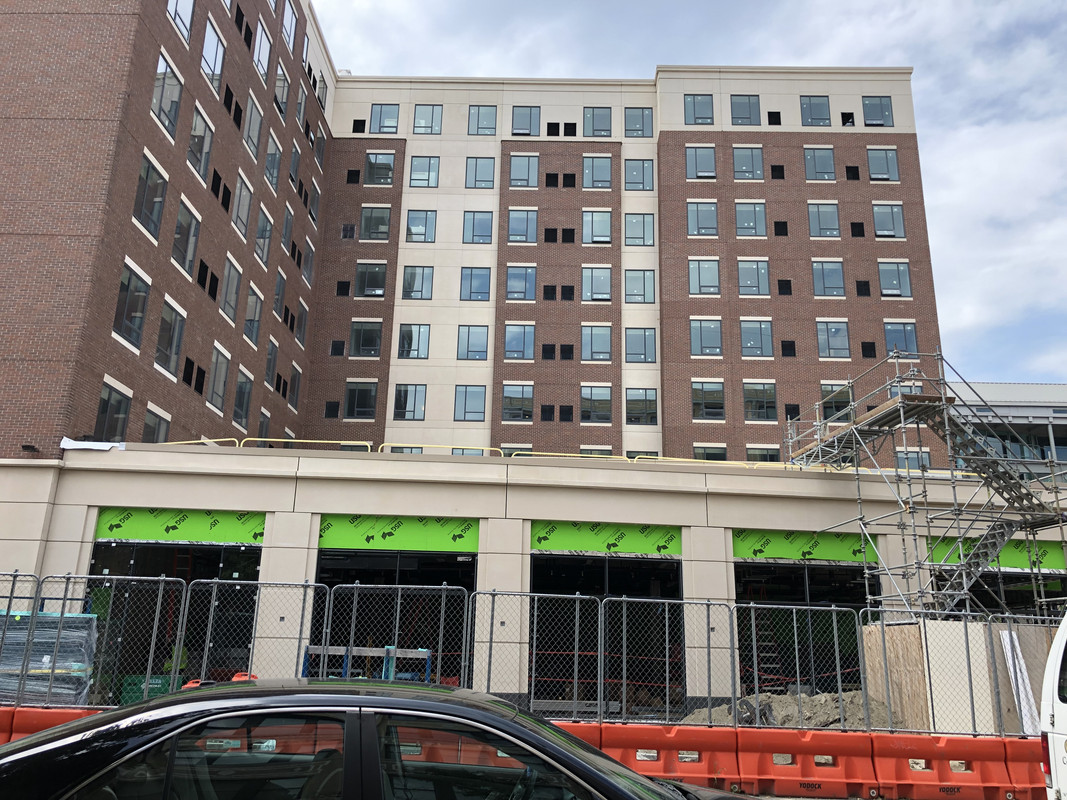 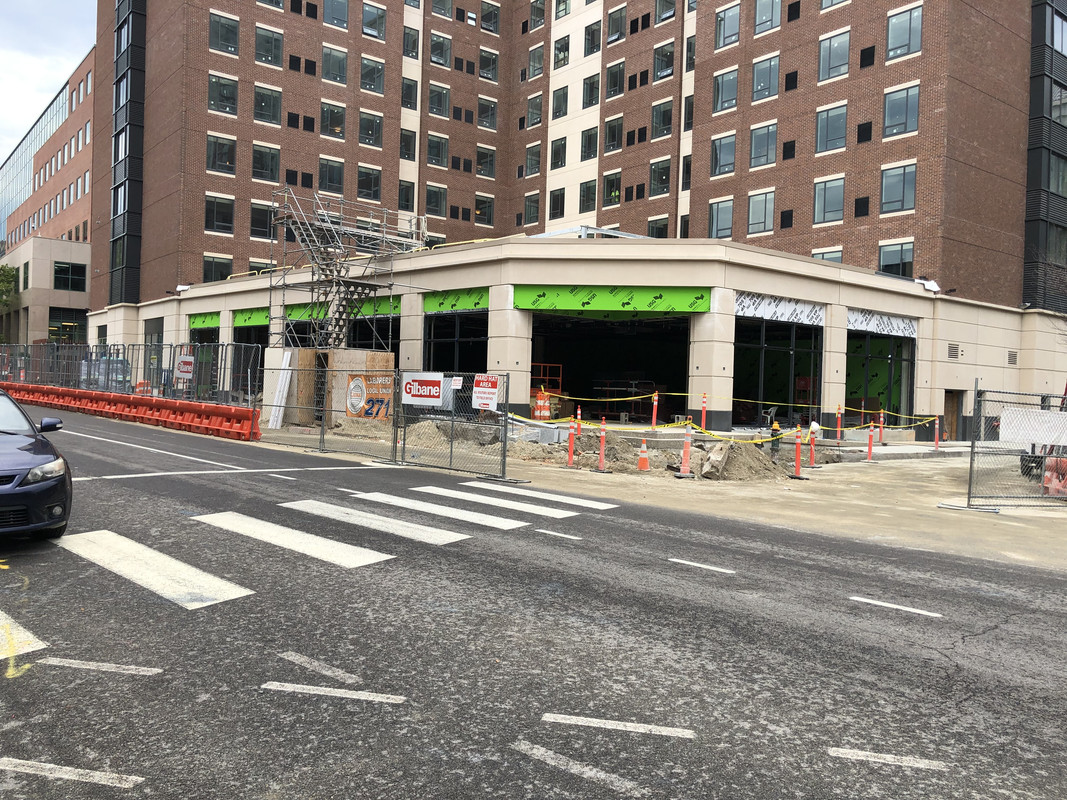 “The Providence City Council ultimately overrode Providence Mayor Jorge Elorza’s veto, allowing the maximum height for parcel 42 of the former I-195 land to be raised by hundreds of feet so that New York developer Jason Fane can build the 46-story Hope Point Tower there.”
https://www.wpri.com/news/committee-votes-to-remove-providences-zoning-authority-over-195-land/ 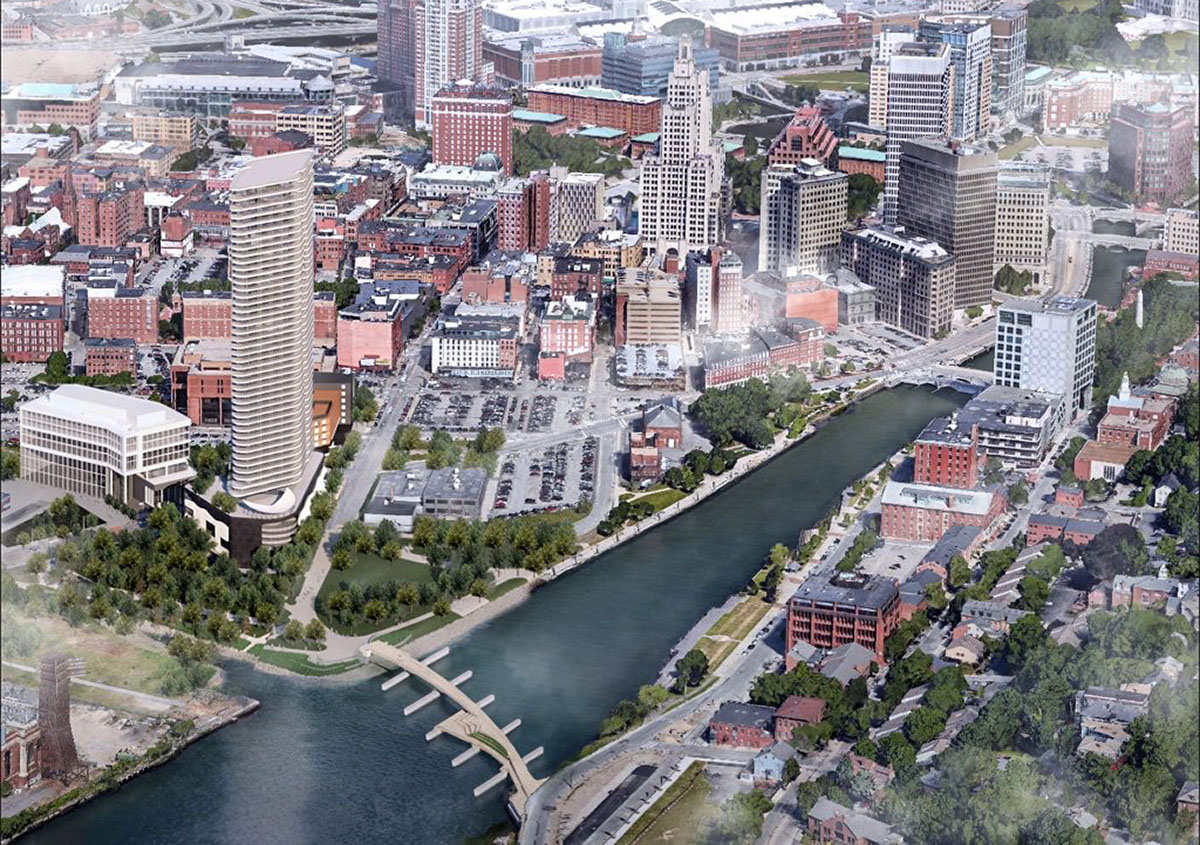 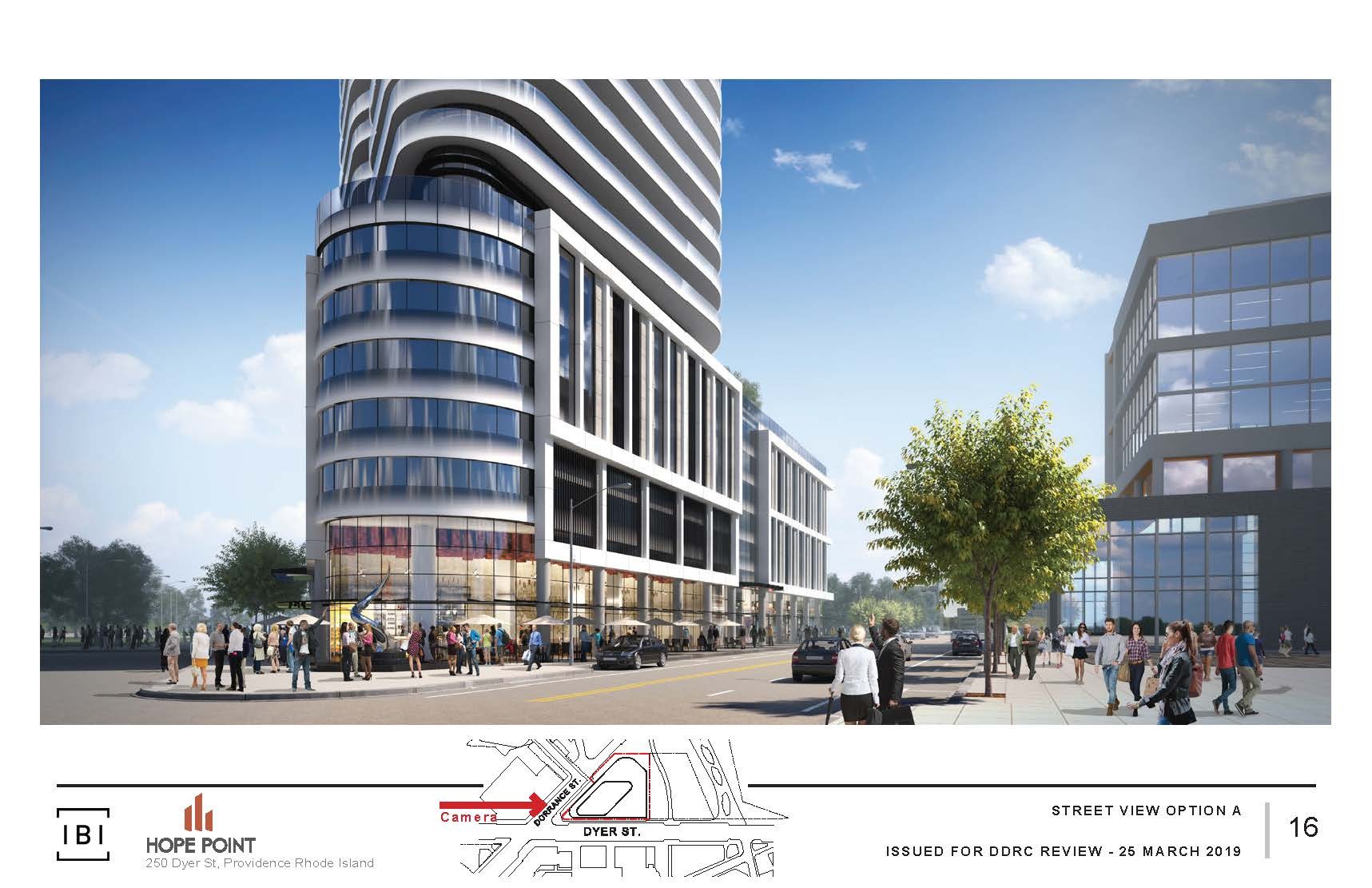 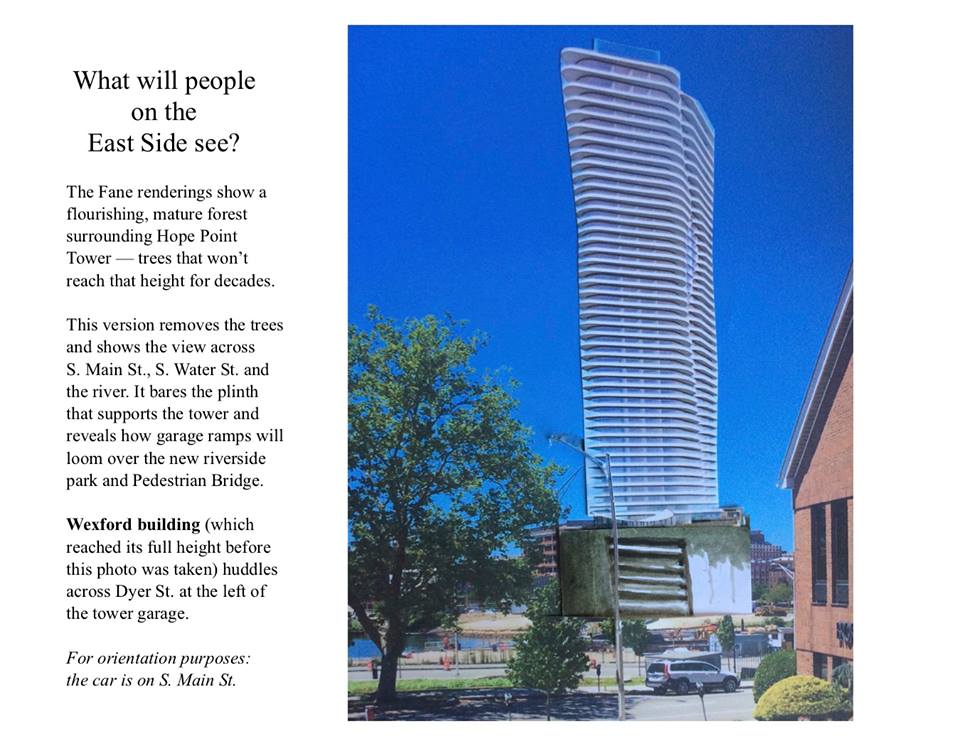 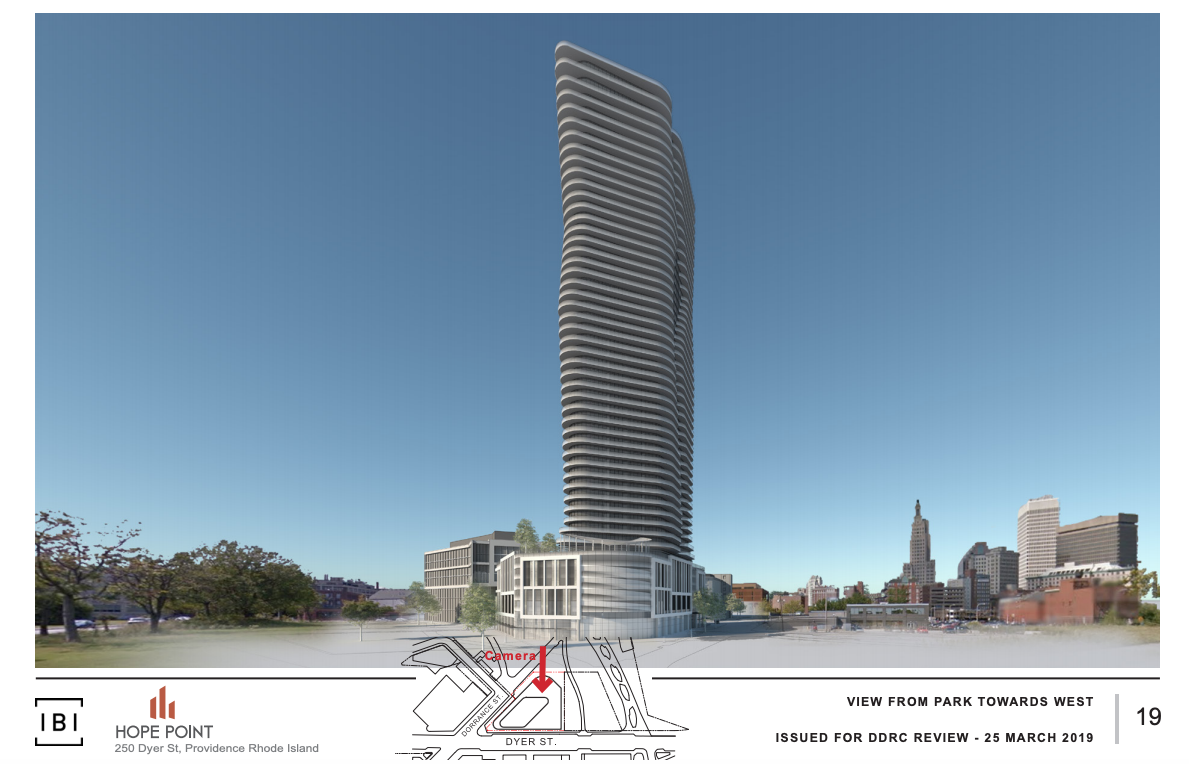 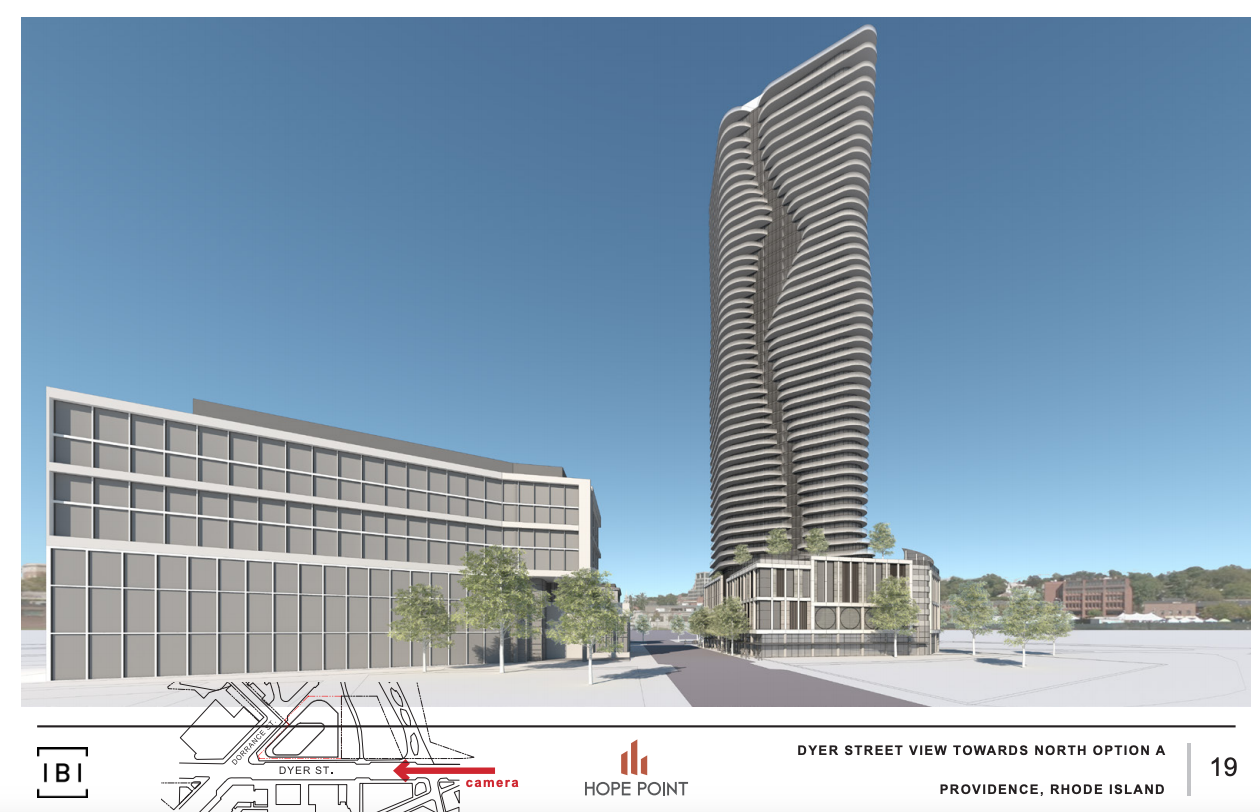 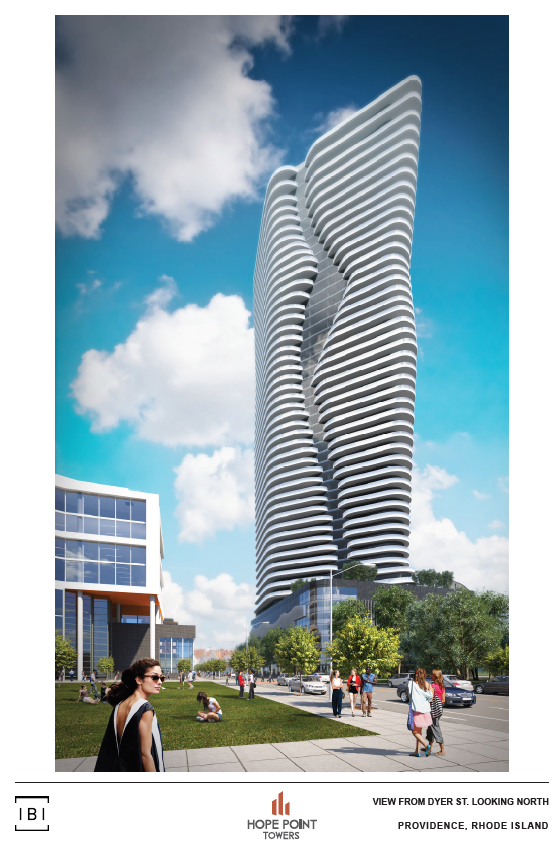 I think that monstrosity has to go through the design committee still, but it has been a while since there has been any news. I know lawmakers authorized up to $25 million in tax credits for the proposal last month.
D

I would like to see this tower redesigned, or at the very least a less awkward base. The tower is neat but the design also seems a bit out of place in Providence.

With that said, I still absolutely want to see this go over 500'.

Love the design. It looks "out of place" in Providence because of the old/conservative designs of what was built 10+ years ago. That should not be the reason to tone down this tower.
E

Love seeing all the construction going on in Providence. I'm there quite a lot and love seeing the city build up. I don't know how I feel on the design for the tower though. It's not amazing and it's not horrible. It's just ok. Providence does need a tower of this magnitude though.
H

Tower looks like it should be in Atlantic City or Orlando, not Providence. I actually think it would look better glass-sheathed, rather than those horrible black window bands.

Good to see development in such a great city, though.

KentXie said:
Love the design. It looks "out of place" in Providence because of the old/conservative designs of what was built 10+ years ago. That should not be the reason to tone down this tower.
Click to expand...

I'm in this camp as well. Providence has a long established reputation of bucking the "Puritanical New England" trend. It's Boston's edgier little sibling to the south. I think this building exemplifies that. I see shades of Chicago's Aqua with this and that one works nicely in a cold climate. No reason this can't work here.

I do agree about the base though - would like to see something that does more to encourage the extension of Dorrance St.'s historic street wall. With the pedestrian bridge going in right there, this will be a new gateway to downtown and should reflect that in its urbanity.
N

Lrfox said:
I do agree about the base though - would like to see something that does more to encourage the extension of Dorrance St.'s historic street wall. With the pedestrian bridge going in right there, this will be a new gateway to downtown and should reflect that in its urbanity.
Click to expand...

There was a public meeting last summer I went to and the architect said the podium was an "unfortunate reality" and went on and on about successful Toronto projects. They would never ever get away with that podium there.

I lived near one in Toronto and it was bland. I'm all about height but if you want something iconic you shouldn't be creating a cheaper version of Aqua or Absolute World. I know we're not a would class city worthy of Frank Gehry but we can do better. It might even be better looking if they simplified the shape.

Design is subjective but that podium.....
N

PS. Sharing this note from the PPS in the event somebody wants to go: 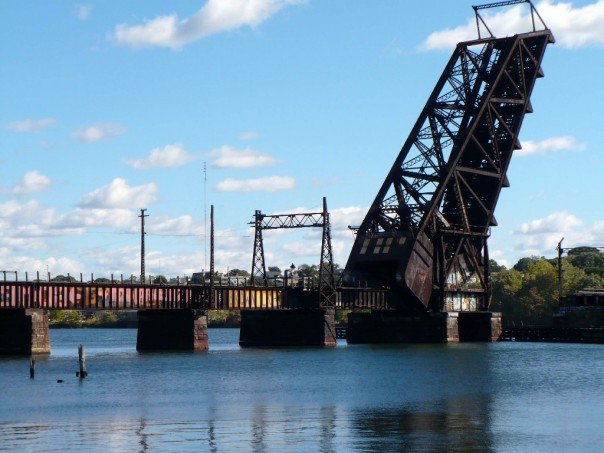 One additional interesting thing of note is that this is at the eastern portal of the East Side Railroad Tunnel (not to be confused with the Trolley Tunnel), which spans under College Hill (passing below the Brown University Sciences Library) and used to link Union Station to East Providence. The western portal is near N Main St. and Elizabeth St., pointing directly at One Citizens Plaza and potentially the Edge College Hill 2 even sooner. This tunnel has been shuttered for a long time and there appears to be no serious proposals for reuse, only a couple of sketches and musings. The main headaches seem to relate to how to link it in any way to the inconveniently relocated train station. While there are certainly many downsides and expenses to the following idea, I think it could be interesting to consider running a form of light rail from Moshassuck Ct. (or a tunnel under the Avalon to connect internally to the station), elevate to the tunnel, and then continue to a reclaimed East Bay Bike Path all the way to Roger Williams University. Perhaps an addition (directly under?) to the Mt. Hope Bridge could then carry it to the existing rail line to Newport (or a new tunnel - bore or c&c down 114).

It'd be about 30 miles of rail on largely (but not entirely) existing ROWs, with the opportunity for a couple of branches (for instance, east after Mt. Hope to go to Fall River MA on existing rail):

And could compliment the only existing RI regional rail plan, which is entirely focused on the NEC: 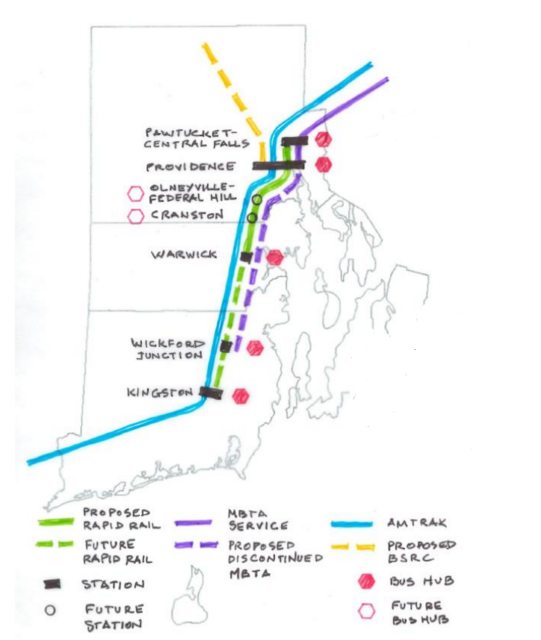 File this one under "least shocking developments of all time"... if the economics of the Downtown Providence development market had favored this project, it would get built. But they don't--obviously--given how THERE ISN'T A TOWER REMOTELY OF THIS SIZE OR STATURE IN DOWNTOWN. Ergo, this developer [at least in this specific proposal's context] is obviously merely a P.T. Barnum roadshow huckster, stringing the Downtown Providence stakeholder community along for whatever perverse enjoyment he's extracted from this tawdry drama... sigh.