Nobody will care what today's concourse is like because they won't be doing much more than wiping their feet on it as they enter and leave what will become "the real station" in people's minds.

Or you could just say we're getting renovation-by-dilution. Once the other ground-floor stuff is open the whole station will be 90% new and 90% awesome (and few will care that the 10% concourse is neither new nor awesome)

As doormat, today's concourse will just need a power-washing, not a renovation.
Click to expand...

The Hub stuff is great, but you're only going to see it if you're patronizing it, and I definitely wouldn't call it part of "a great station." It's an amenity in an adjacent development.

If you really are just to/from the street or subway, your experience of "the concourse" is mostly just monitoring the crowd you're walking with.
D 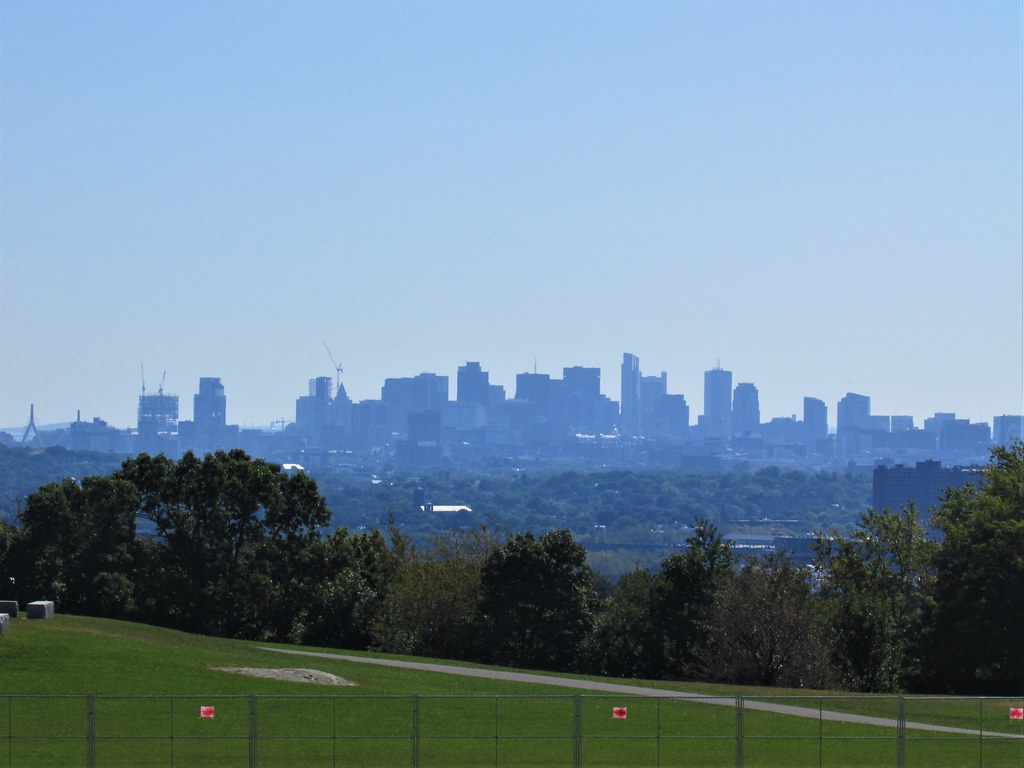 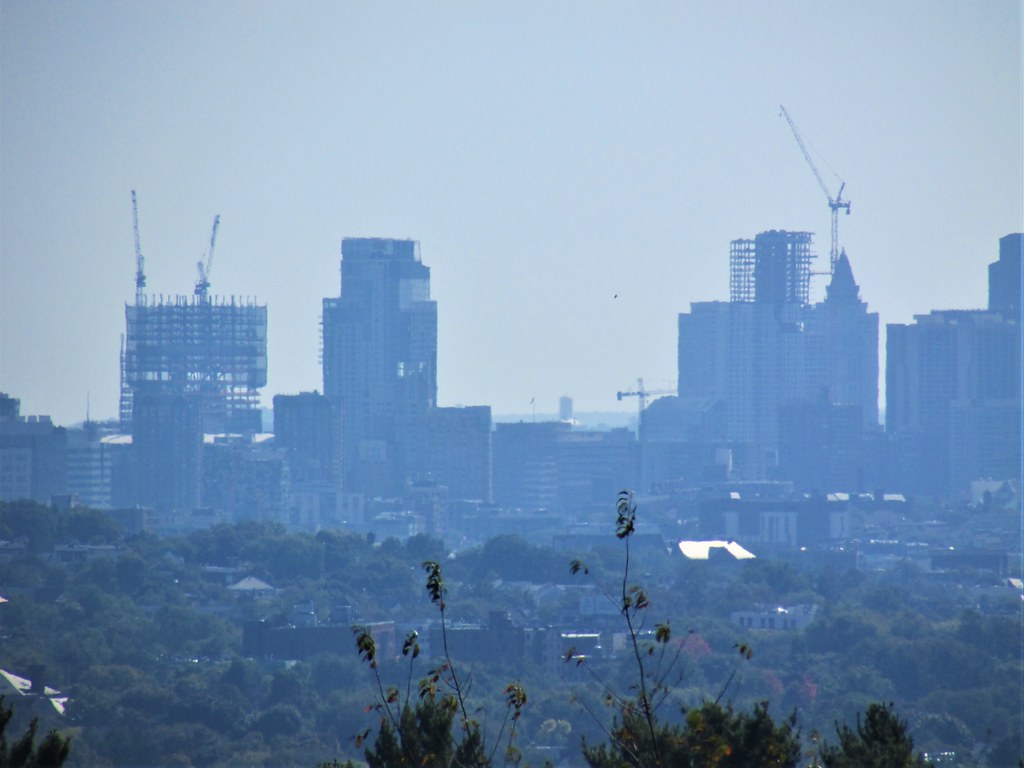 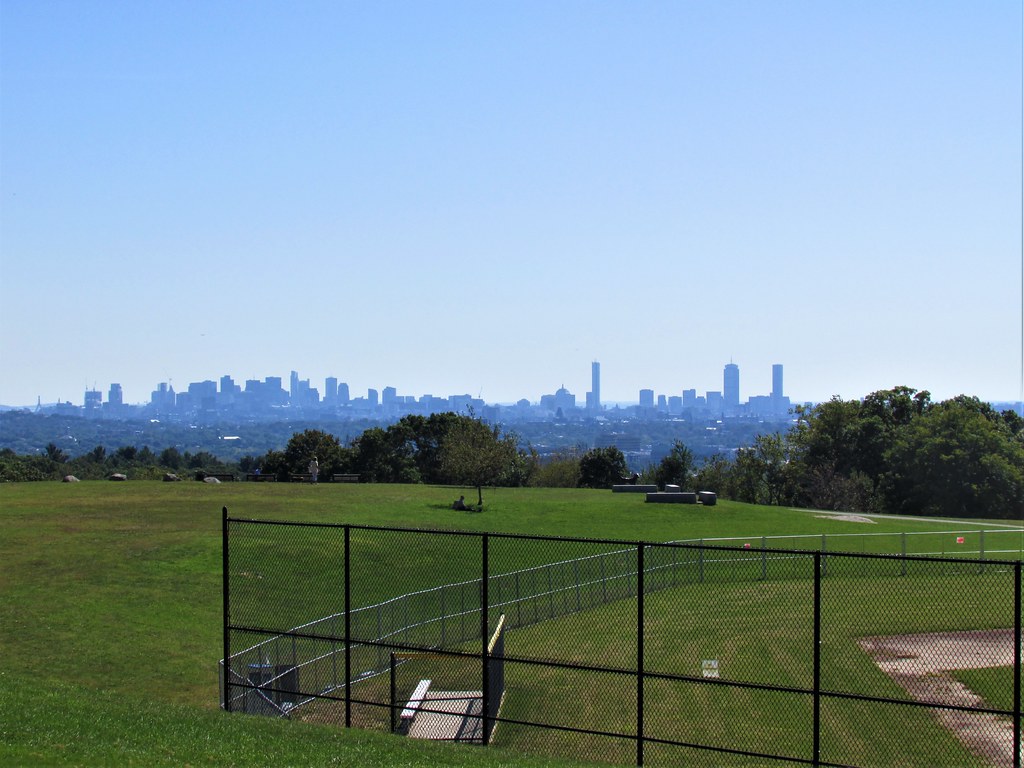 We should be getting some wicked clear days soon.
D

odurandina said:
We should be getting some wicked clear days soon.
Click to expand...

This was taken too early in the day, before the Pats game, so the sun makes it more of a silhouette. I have another much clearer set I'm sorting through from late afternoon a couple days later.
D 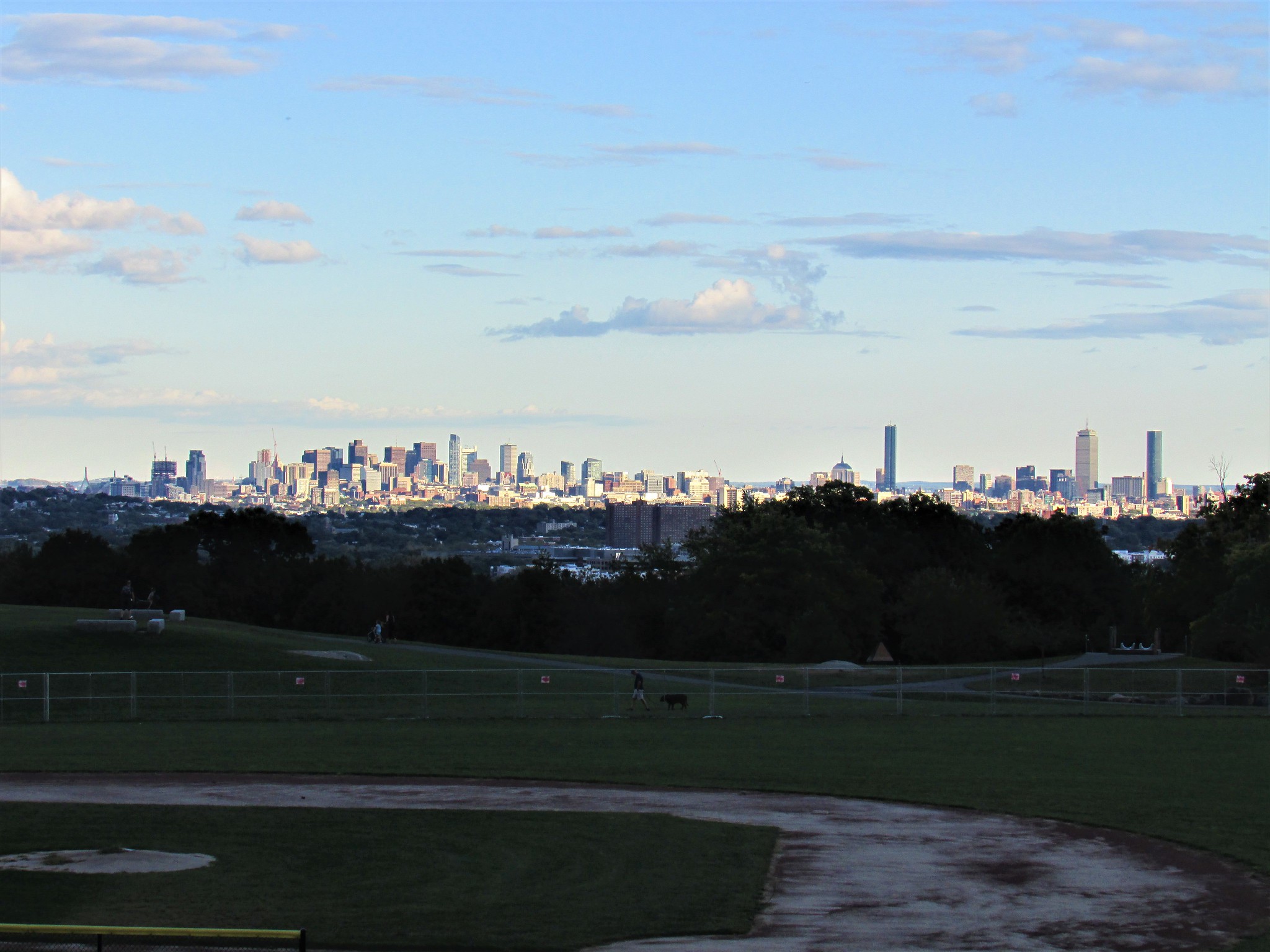 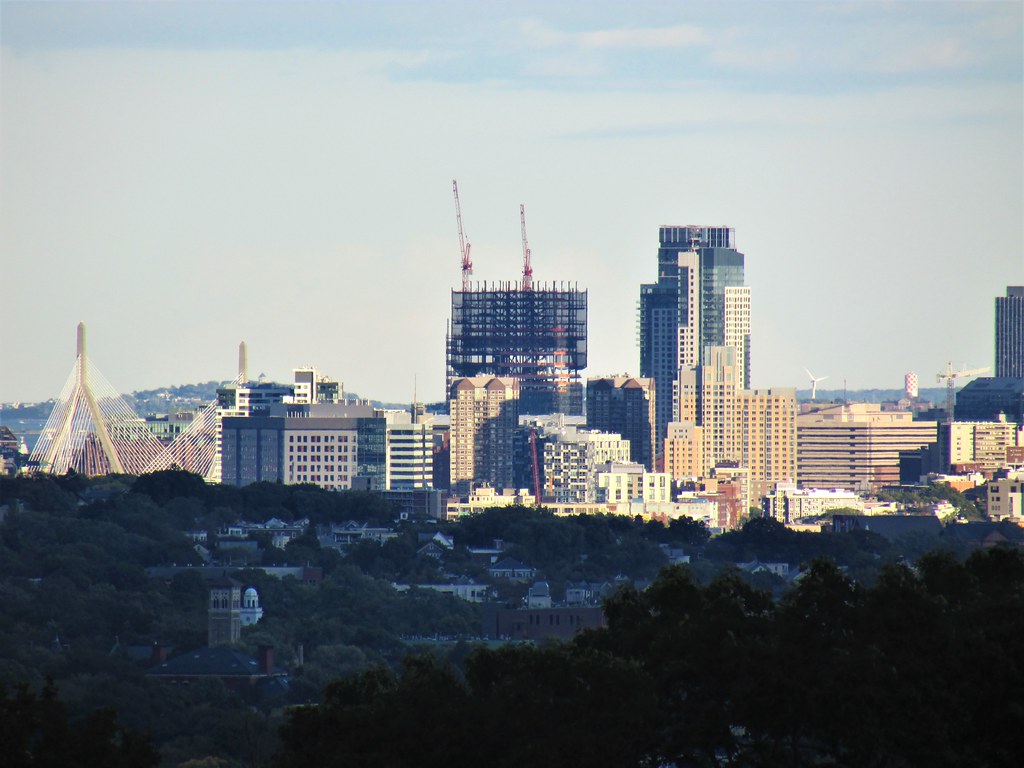 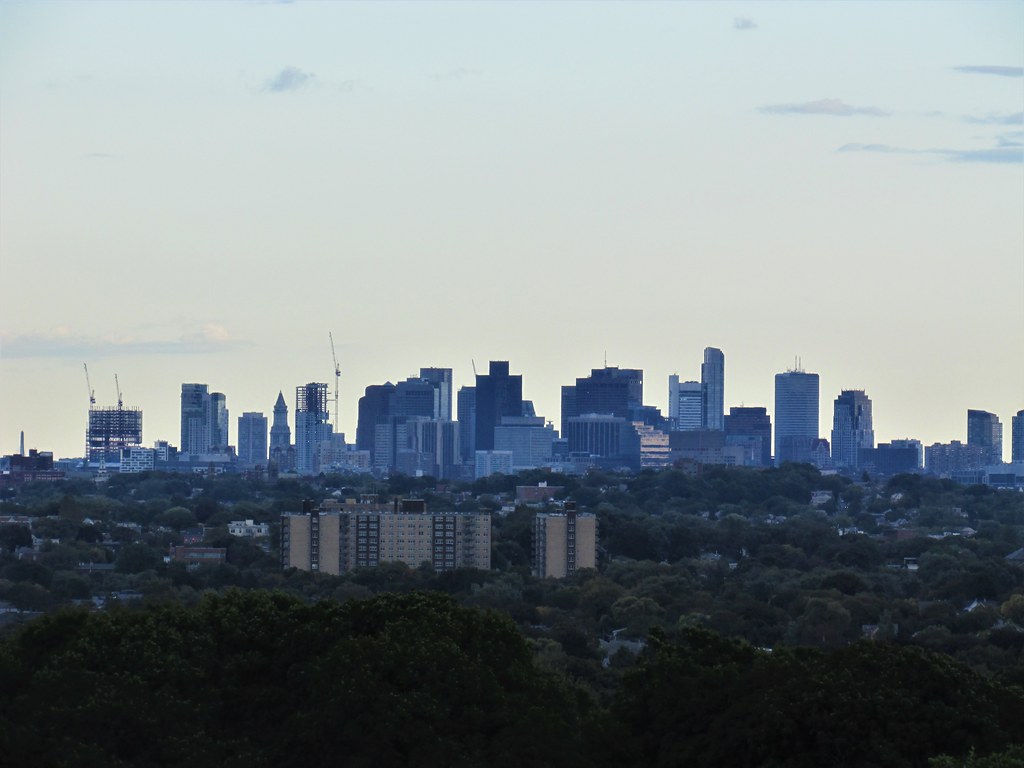 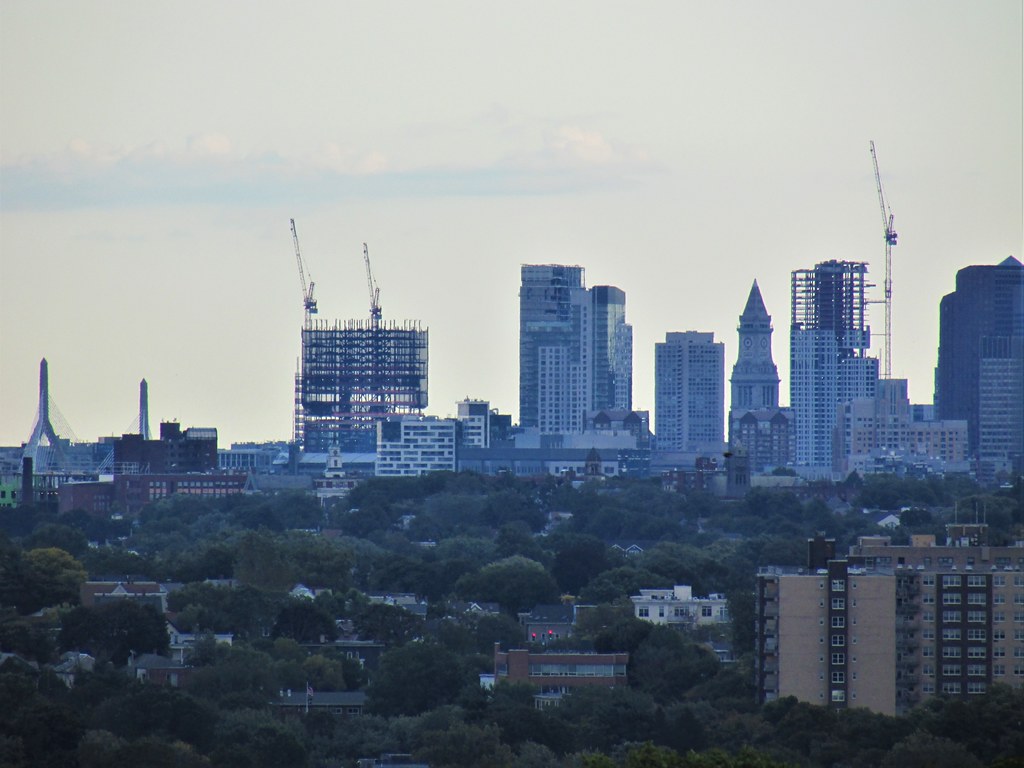 That cloud cover lighting effect from the first two shots is awesome.
D 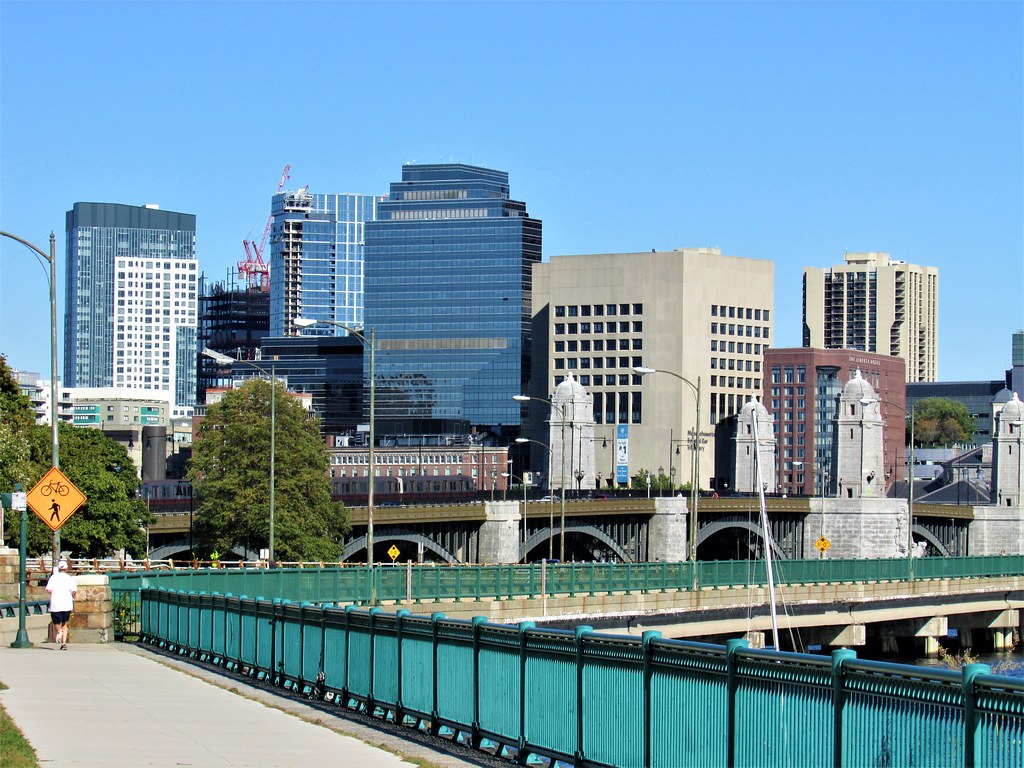 The concourse should be left exactly as is to remind people what a hideous dump North Station used to be.
OK, maybe not. But it was built more or less as a temporary station, with the real station to be built as part of the redevelopment of the old Boston Garden site. When that wasn't happening for a while they expanded the station the other direction instead.
C 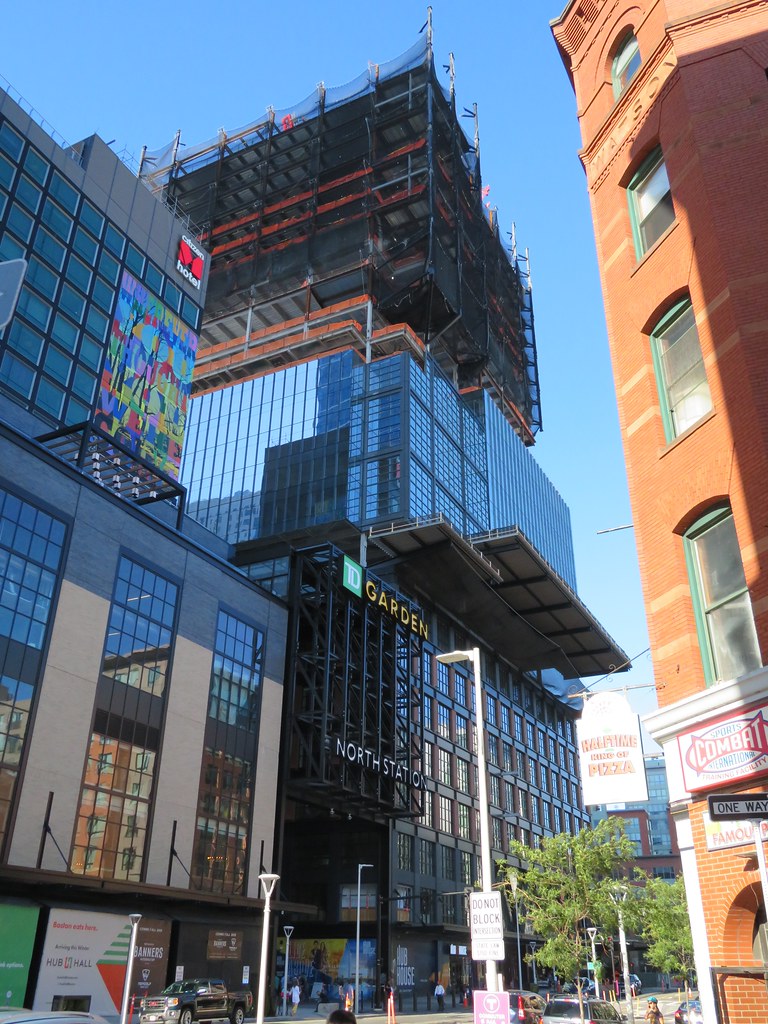 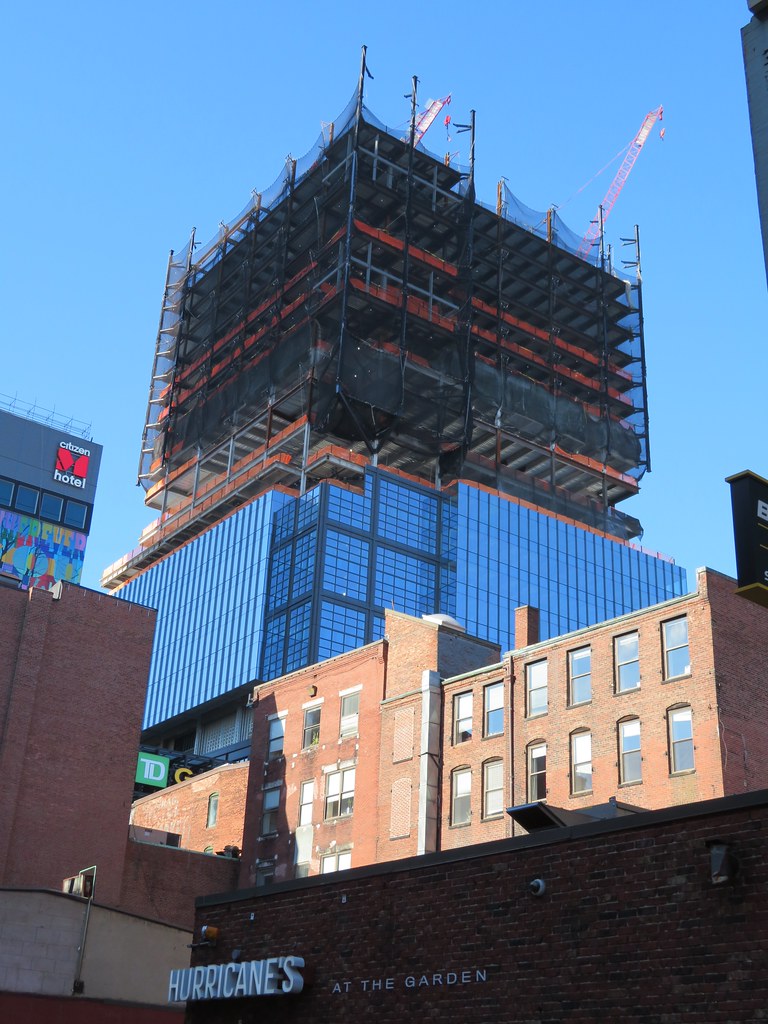 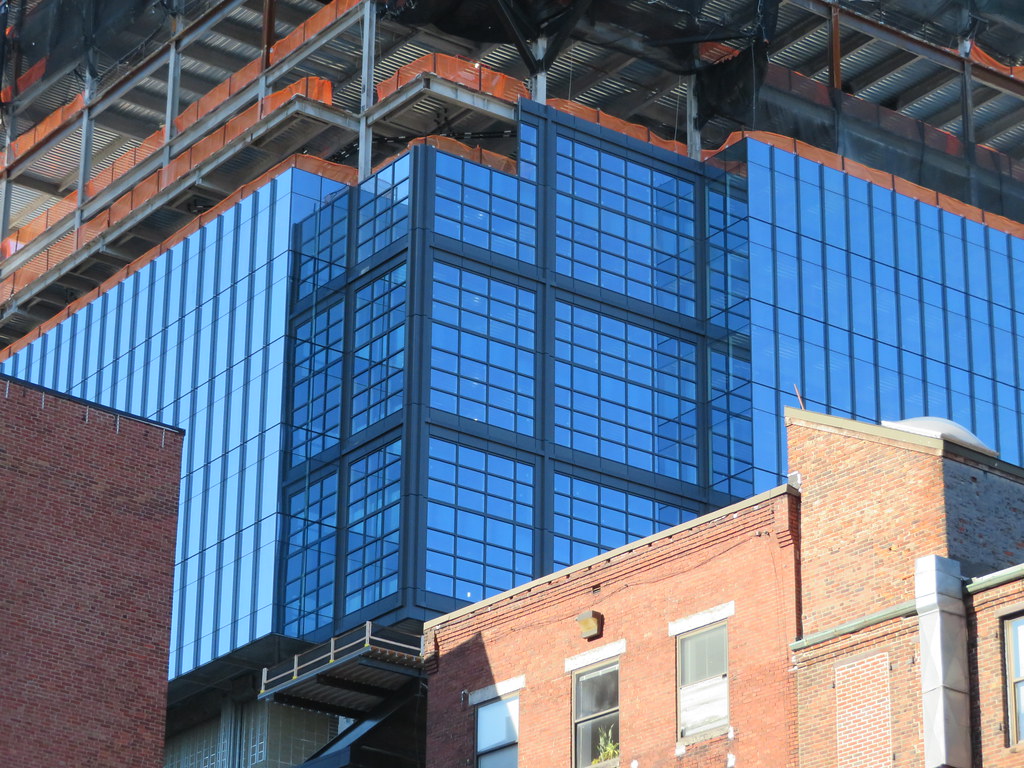 Remember, this huge fat blue chunk is the tower base... this is not what the tower is going to look like all the way up.

It's amazing how the actual building ends up looking far better than the renders, pretty much every time. 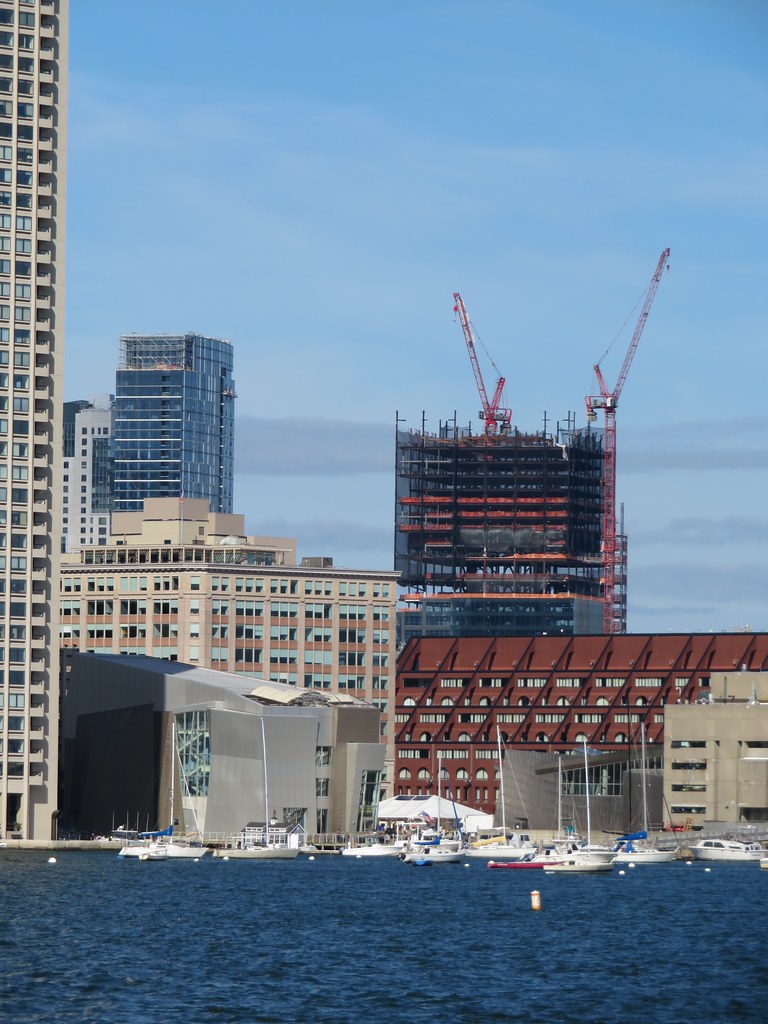 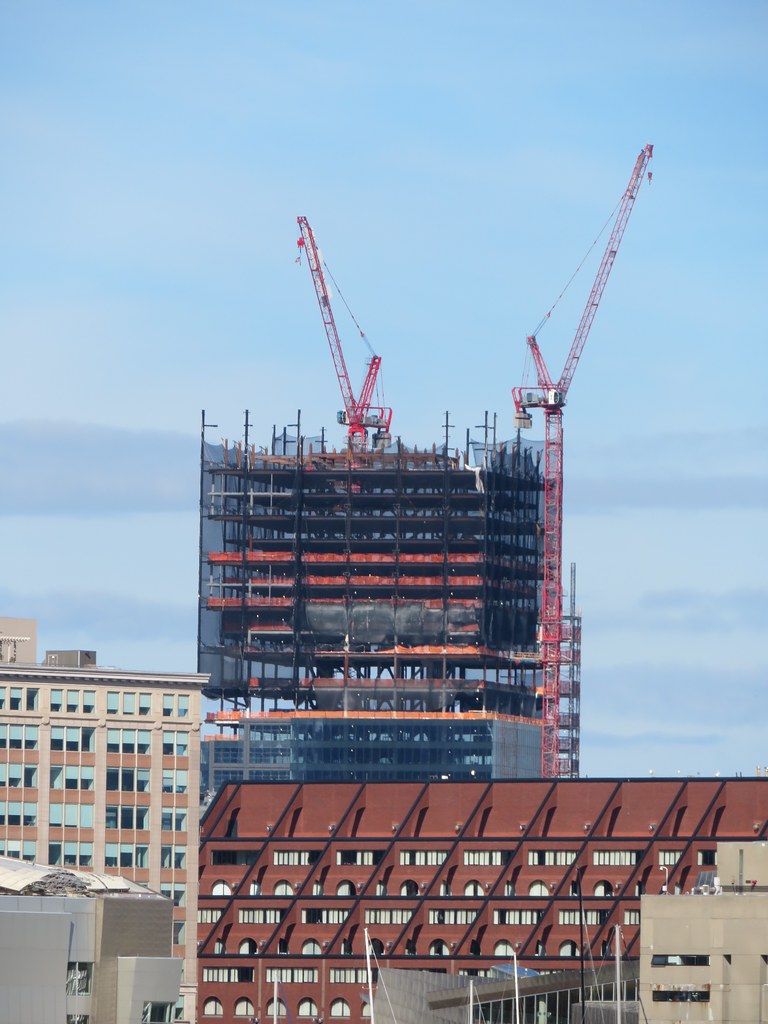 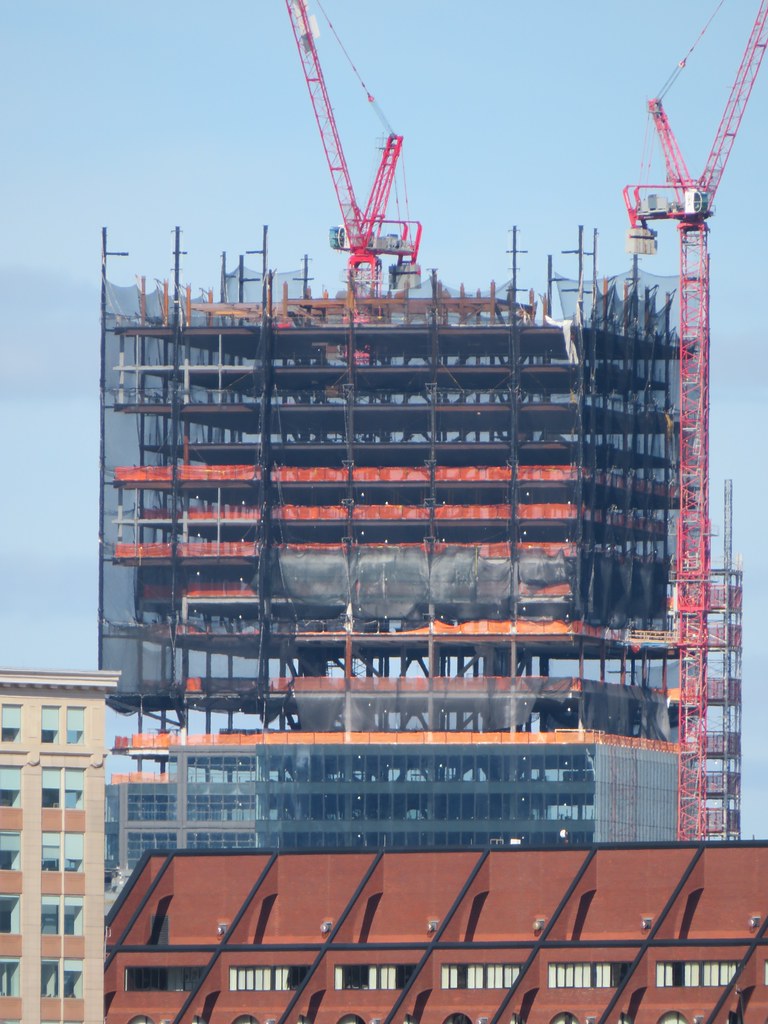 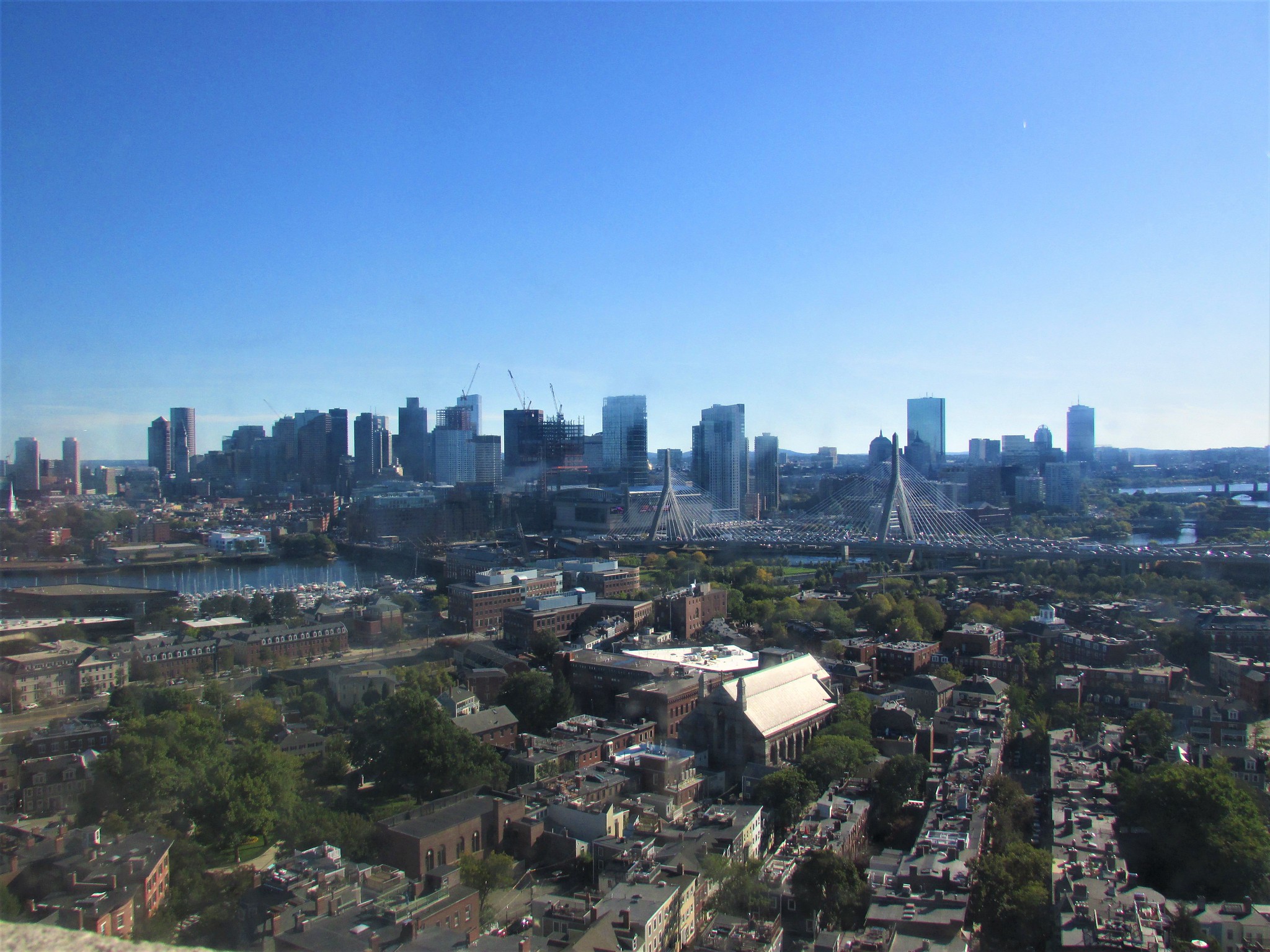 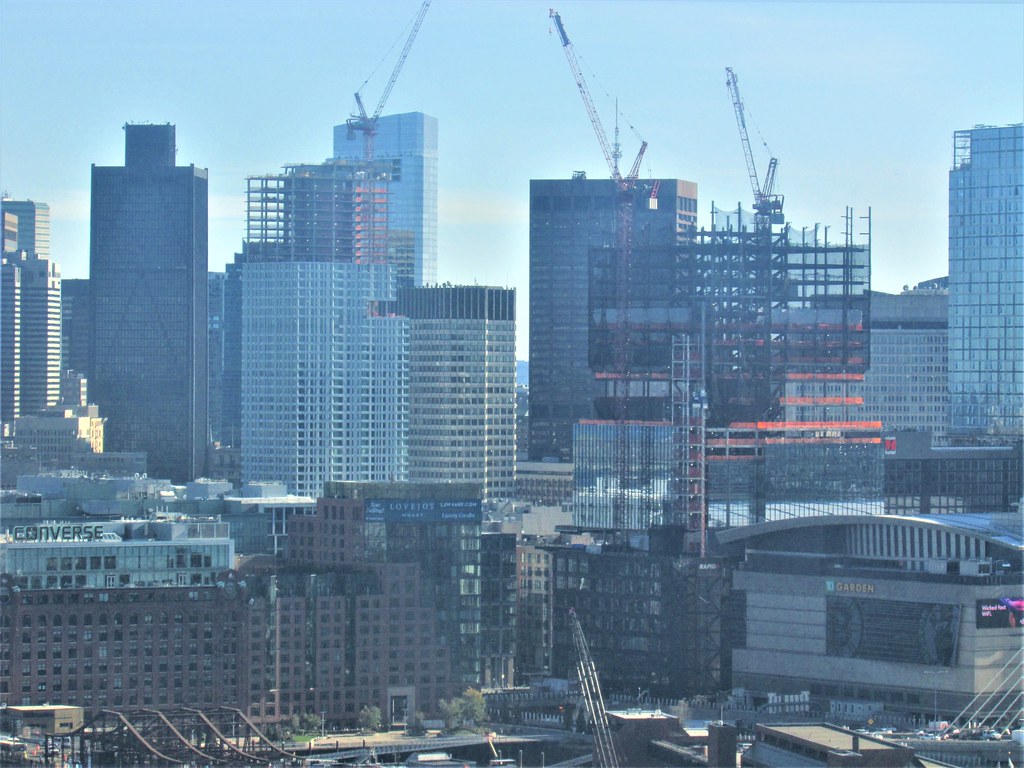 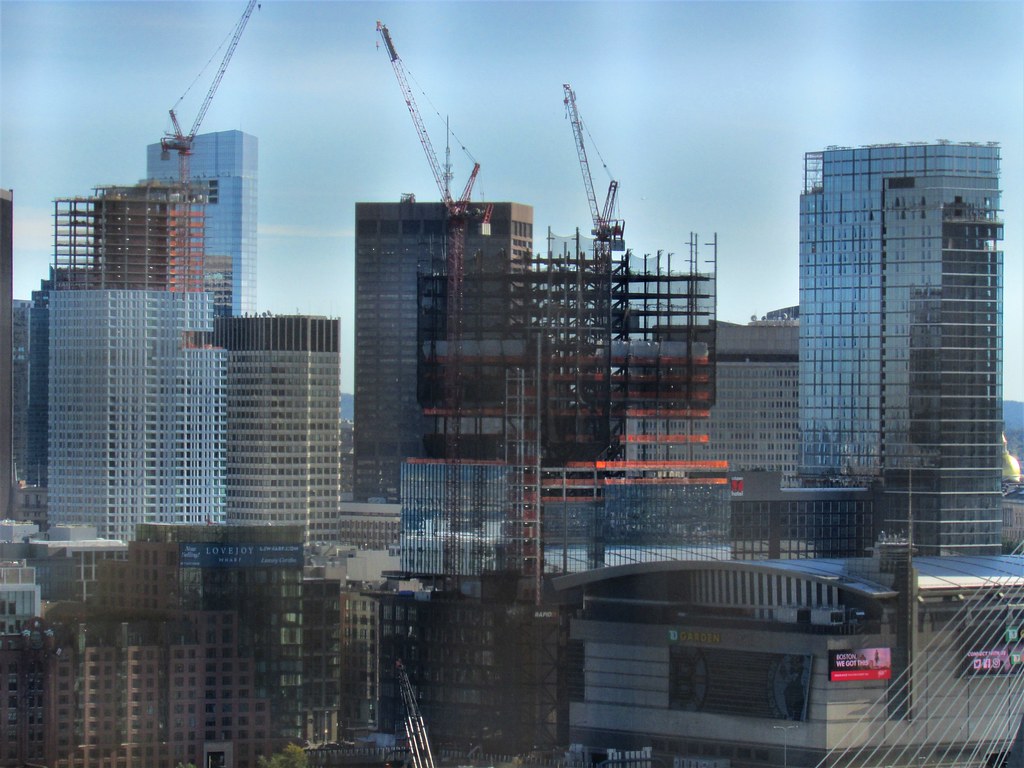 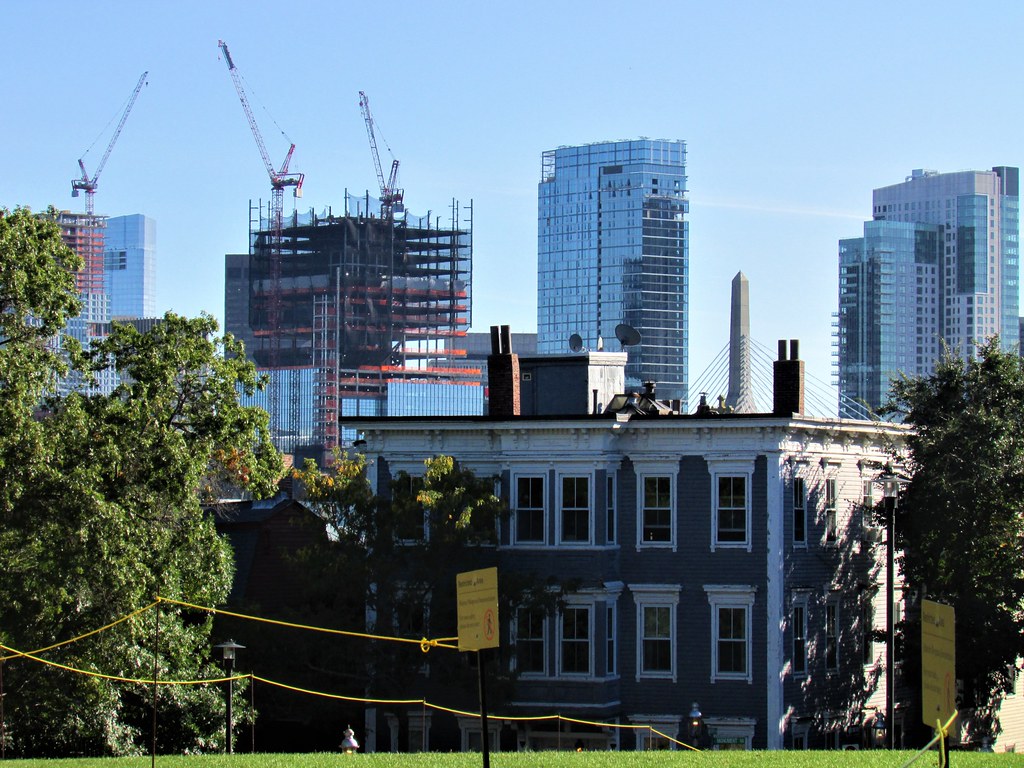 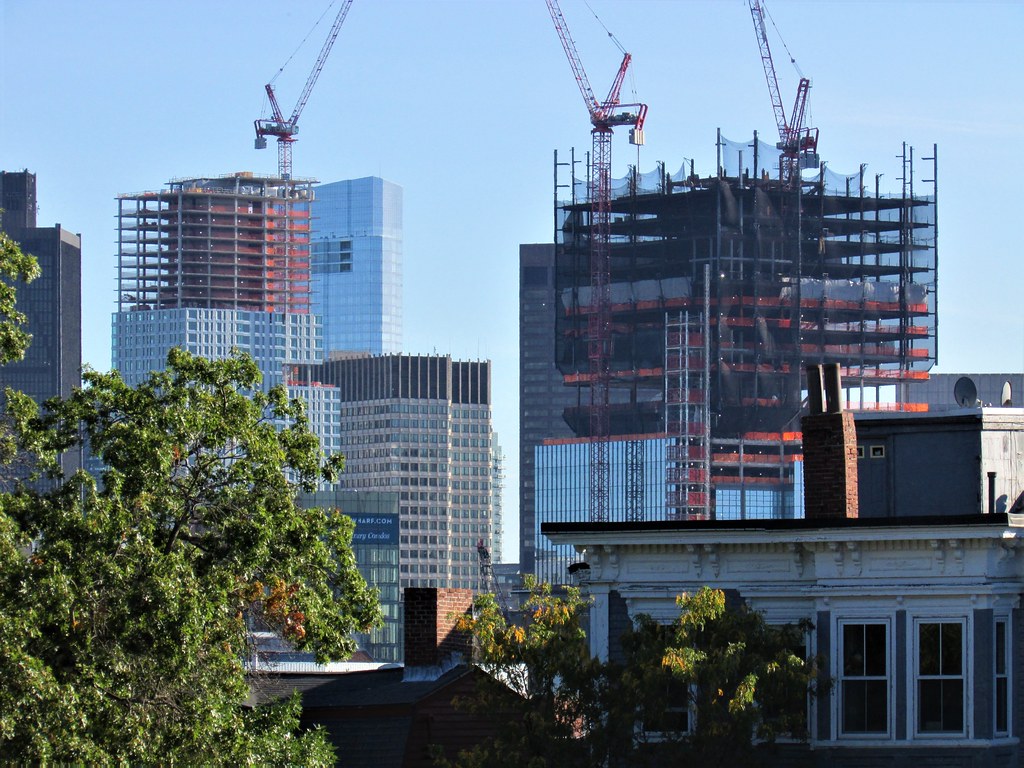 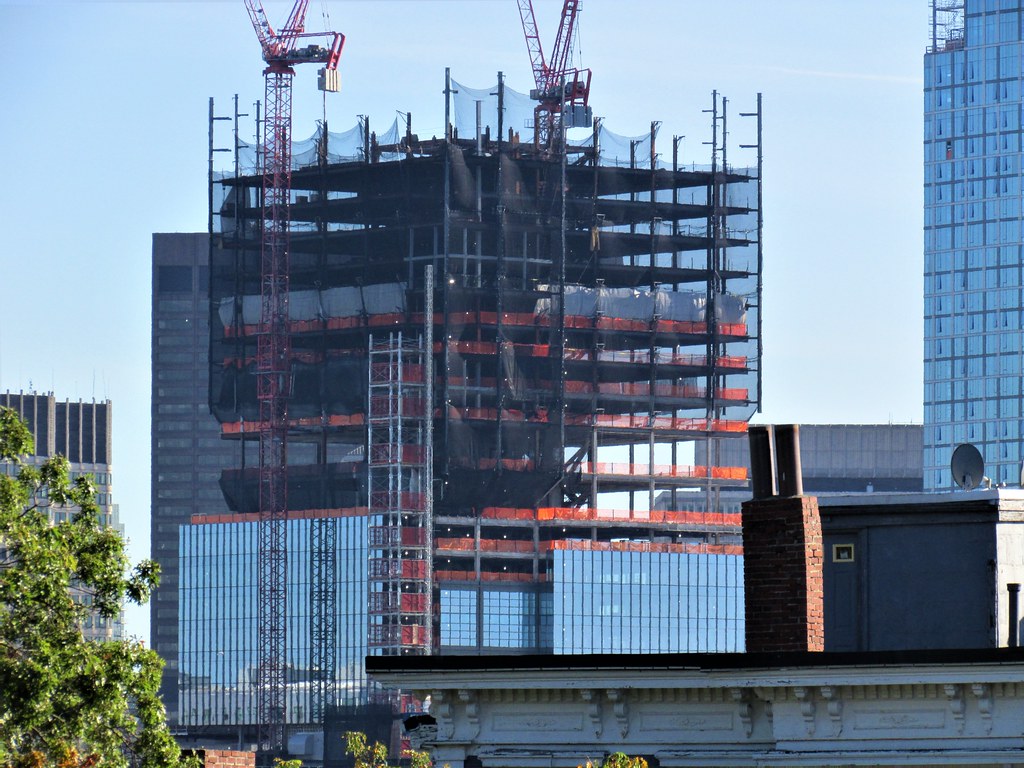 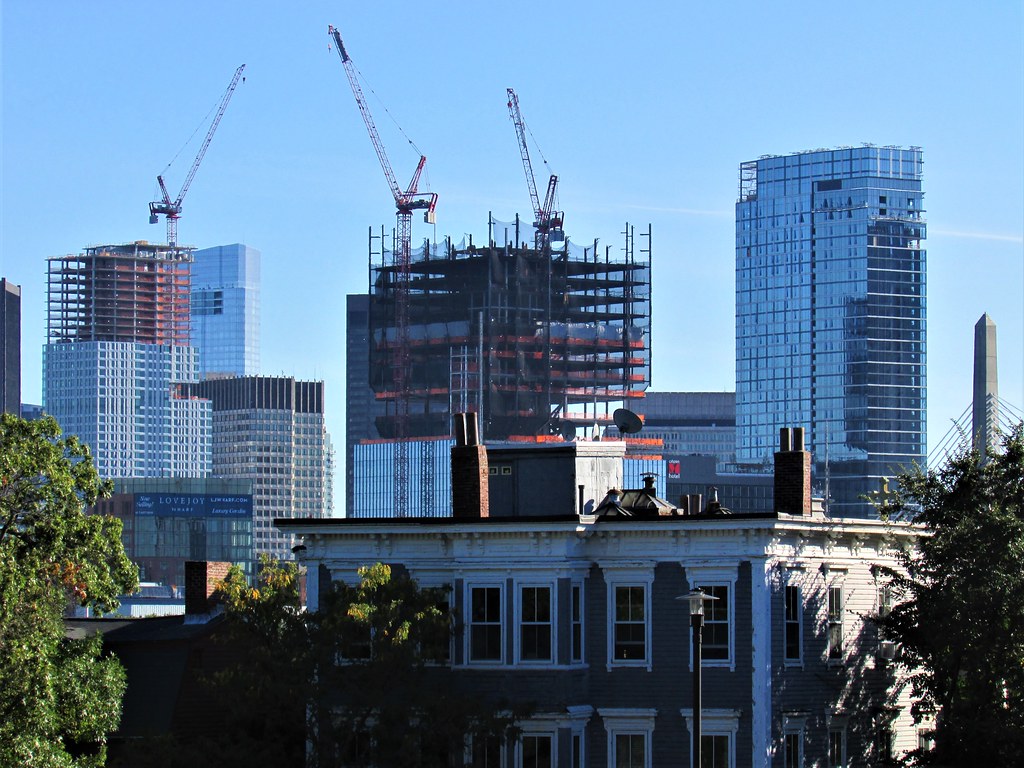 For as long as weve been in the biggest boom ever... it didnt feel like it as much as it does now with multiple towers downtown under construction. For all that was being built in the seaport, fenway, south end...etc when you looked at the skyline it was still the same old skyline minus MT. It actually “feels” like the boom is as big as it is now, if that makes sense.
J

Bos77 said:
I already know why.. but keep asking myself: What is the obsession/misconception in this city that the only supermarkets that can work, are 30-60K suburban style markets. I literally had 5 small format markets near my flat in London (most half the size, or likely less, than a typical suburban CVS ). I survived, as do the other 8M residents on a daily basis. It has been DECADES of moaning in this city 'we need a supermarket in the Seaport, we need a market in the West End', and literally it's like what the actual fuck? How could the small format model not work in urban centers, especially when the workday population doubles?? Why do endless ATMs and CVS's find a way to propagate, but fresh food.... HAS to be a suburban style store only?
Click to expand...

Whats insane is that when Tesco came to the US, they started a chain of small-format and super convenient markets called "Fresh and Easy"

But they only opened them in hyper-suburban areas in California. And literally across the street from 60k sq ft Vons and Albertsons.

And so they went out of business.

Made no fing sense.

Apparently, there's a seat crisis at Boston Garden with these new black seats, installed recently.
The problem: no leg room. It's apparently really bad,
and people are seriously pissed, walking out of pre-season Bruins games.
btw, The Bruins have made it to the Stanley Cup Finals 8 times since Bobby Orr
last skated around the ice with the Stanley Cup (1972).
The B's are near the top of the list of teams who've gotten that far Since 1970 (10 times in 50 seasons).
Unfortunately, with a possible maximum # of losses per each Cup Finals series being (4)
then multiplied by 8 for a maximum # of 32 possible losses (since '72),
the Bruins somehow, have managed to lose 31 of those damn games.
So that's 1 Stanley Cup vs 7 Cup Finals loses from 1974-2019.
3 Cups since Pearl Harbor.
1 Cup in the last 79 years when there wasn't a guy named Bobby Orr on the team.
Applying the Felger standards of weights and measures, that kinda sucks.
Last edited: Oct 3, 2019
You must log in or register to reply here.
Share:
Facebook Twitter Reddit Pinterest Tumblr WhatsApp Email Link