Video of the Day, Boston Style

Not to some people's tastes obviously, but I thought it was simply stunning.

nm88 said:
What a couple of Debbie Downers!!
Click to expand...

Well I went to school for film and spend a lot of time thinking about how shoot in ways that are interesting aesthetically. I'm not wholly against things like time lapse or tilt shift but it's sooooo over used, and basically a cheap trick to try and make something interesting. Which is dumb because most of the scenes shot in this film are plenty interesting enough without the gimmicks.

That said, anybody who liked the above link might also appreciate this one (which I prefer, even if my complaints about it would be similar);

I have to say I am totally unschooled in the area of film...haven't a clue what tilt shift is and what the hell is HDR? LOL But I sure did enjoy BOTH short films (music as well) though I did prefer the first video since the scenes were shot much closer in...the second I couldn't help but think how antlike the humans were! I guess in the whole scheme of things, we are, antlike, but seeing it up close and personal...Hmmmmm! Having said that, Pixelsand8, I'm curious, why do you prefer the one you posted? What is different about that film that you favor?
Now if you guys who are critical of these films can come up with your own versions to show what a cutting edge film might be, the challenge is on!
D

A few years old but some incredible aerial density views.

I have discovered a show On Demand called Aerial America. It's from the Smithsonian Channel, and can be found under the tv shows section of Comcast. I'm currently watching the Aerial America: Massachusetts episode and it has some killer shots of Boston (albeit a couple years old). I highly recommend this show!!!!

I know we've started talking about Steinert Hall in another thread, but this video is just fantastic. It's also from 2009!

Cool teaser a friend of mine is working on called "One Day in Boston."
C

Took this out the window of a 737, landing into the last remnants of some very low fog way back on may 1. Starts 'interesting', turns 'amazing' at about 60-90 seconds in: 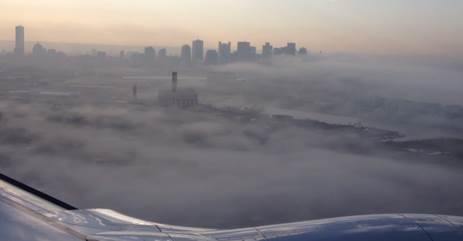 Thank you for that religious experience!!!

plane taking off into the clouds from Deer Island
Last edited: Aug 19, 2014

Not sure if this was already posted. Local guy with aerial video of South Boston using his own drone.

This is pretty cool:

This is fantastic: side-by-side videos of driving through Boston ~50 years ago, and this year: