DZH22 said:
FAA would have capped it at 697'. If you want to complain about losing out on 700'+ buildings, complain about 1 Bromfield, Hurley, North Station area, Back Bay area, and a bunch of Kendall plots including a piece of Volpe and Constellation Center.
Click to expand...

My mistake. For some reason, I thought the FAA was giving them up to 725' on this site.
D

jdrinboston said:
My mistake. For some reason, I thought the FAA was giving them up to 725' on this site.
Click to expand...

That's to a different measurement, either "Boston City Base" or just sea level itself. I think the FAA map is all to sea level.
B

View from One Financial today: 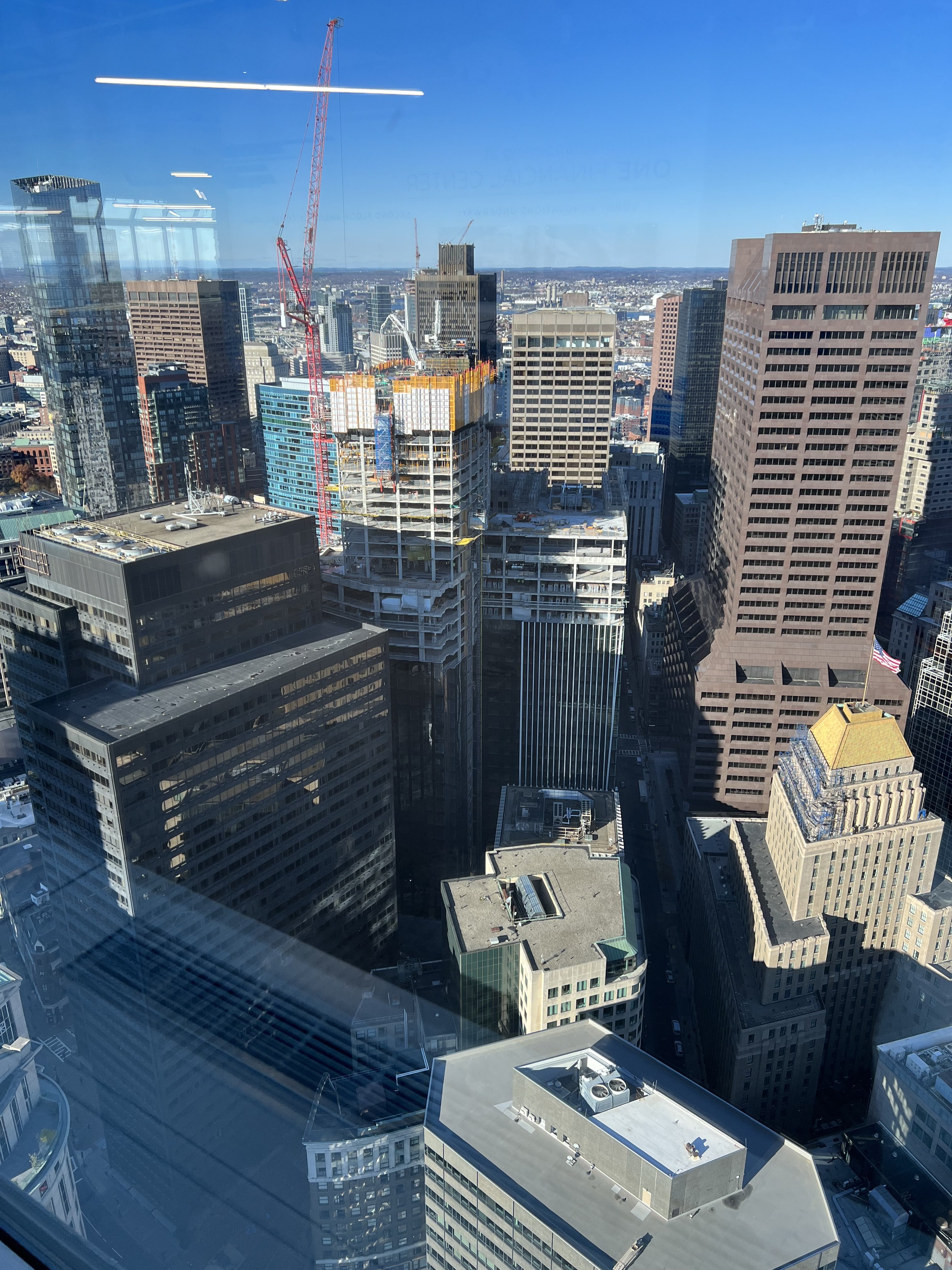 This makes a great addition to the skyline from the Common/Public Garden now. At first I didn't expect it to show, so I thought it was the Parker.

awood91 said:
Remember how people used to cite "Manhattanization" as a terrible worry to avoid at all costs? I wonder if they object to this project's very constrained/dense site and how it comes up so close to its neighbors.
Click to expand...

We covered this pretty exhaustively, upthread, just a month ago.

To summarize, the abutting owner of 75-101 Fed. objected strenuously, in a lengthy and highly technical comment letter to the BPDA, about exactly this ("very constrained/dense site").

The cognitive dissonance here is that, said owner of 75-101 Fed. owns dozens of massive, extremely tall office towers nationwide themselves. Thus, they are as far from the traditional stereotype of a "Manhattanization" complainer as one could get.

At least, that's based on my perception that those (rightly ridiculed and mocked) for bewailing the alleged "Manhattanization" syndrome are generally highly-wealthy Baby Boomer residents of Brookline, Back Bay, Cambridge, JP, Lexington, Milton, Newton, South End, and similarly affluent, somewhat high-density/quasi-urban Route 128 belt zip codes, who, having come of age in the workforce from ca. 1965-1985, during the dark valley of white flight/suburbanization/"car is king"/extreme urban crisis, simply cannot wrap their Boomer noggins around the reality that Boston, having recovered from the half-century of exodus, malinvestment, and malaise, can actually, you know... grow again.

Do you really mean to label a commercial property owner that owns tens of billions of assets in skyscrapers nationwide as an entity that fears "Manhattanization"? (as opposed to all of the Back Bay, etc., residents who ridiculously complained about this project's "shadow impact"?) I assume not...
D

11/19 Crane from Melrose, building itself is still hidden behind 1 Federal. 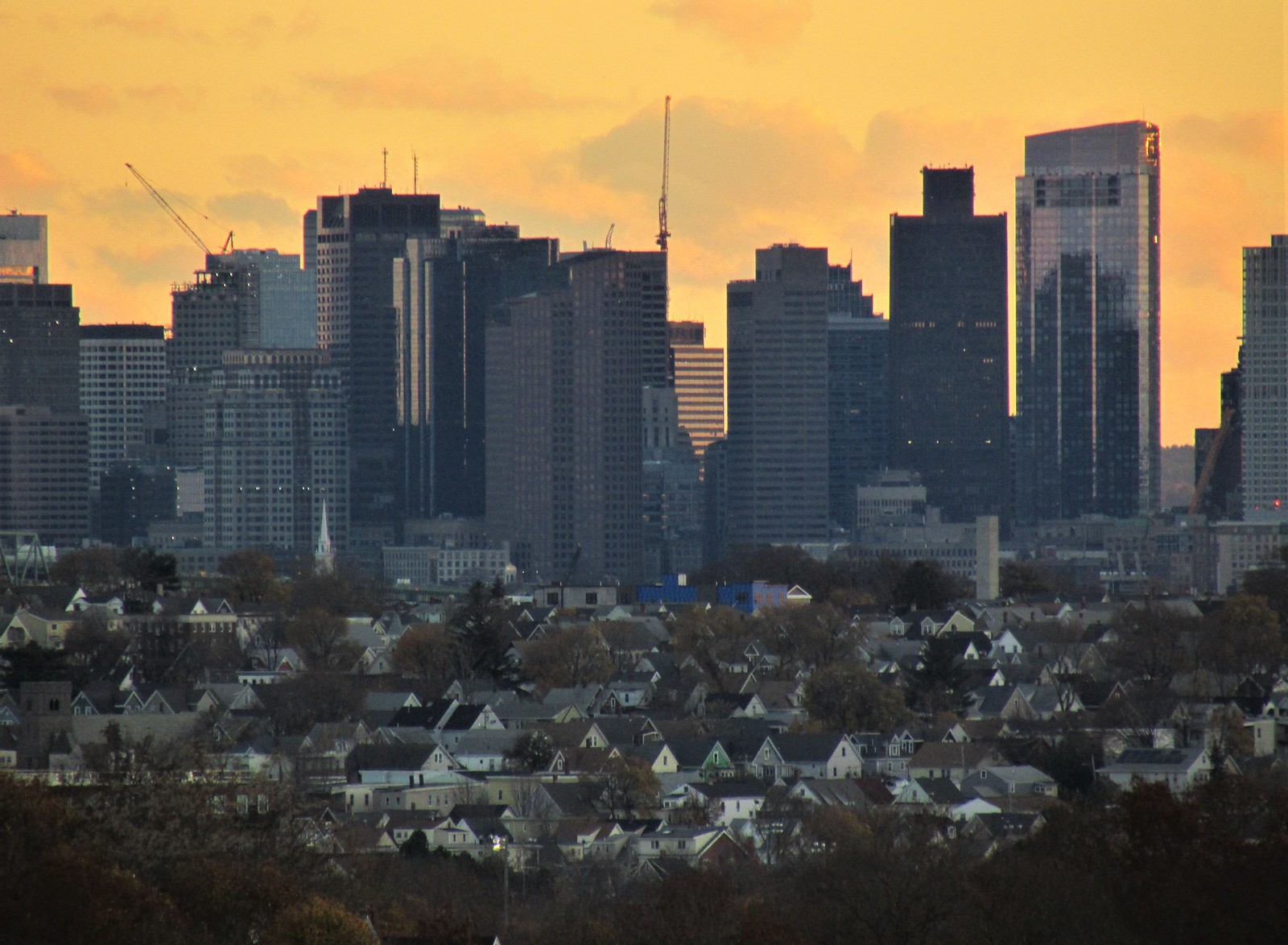 11/23 From Symmes Arlington, twinning with MT 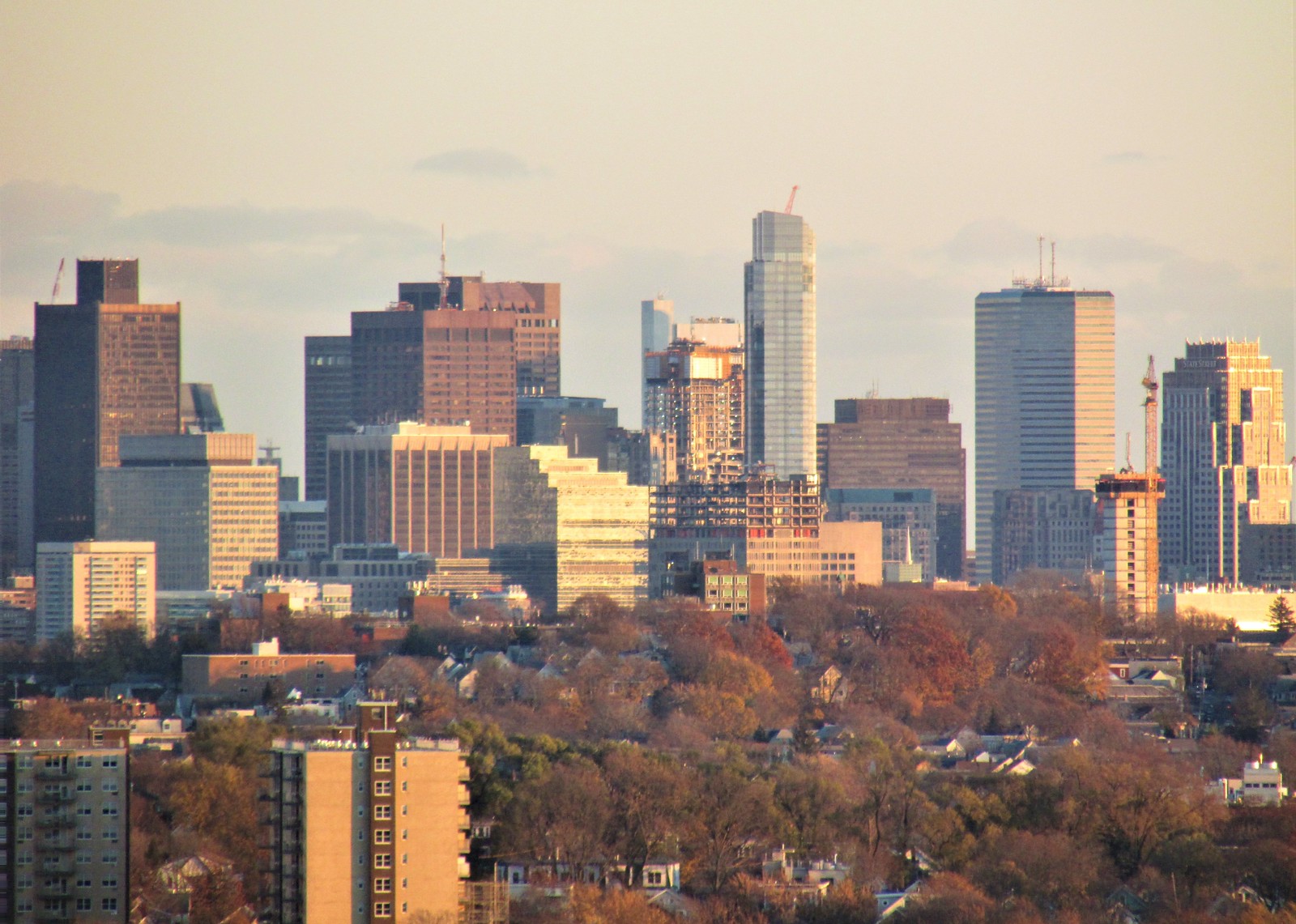 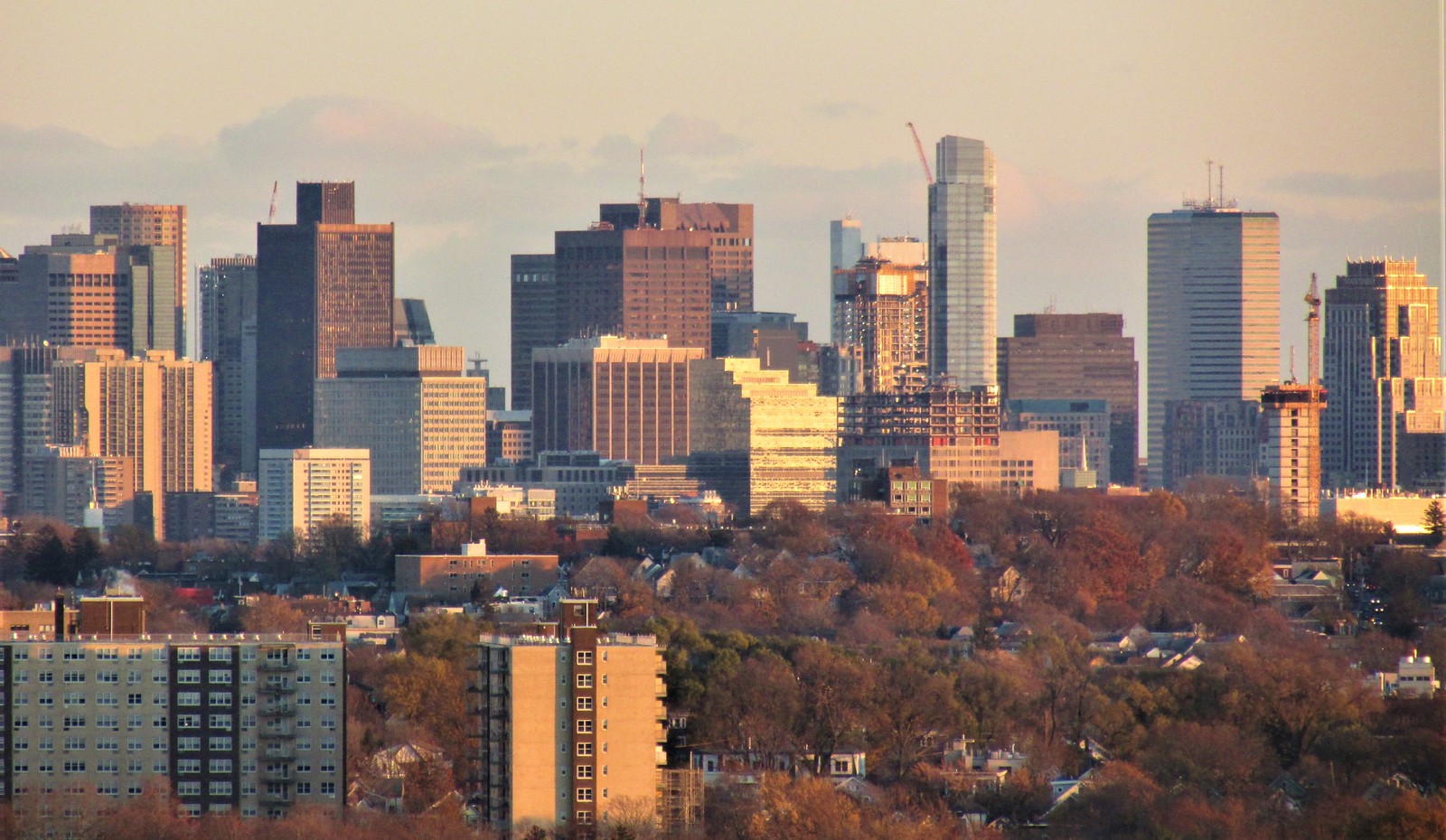 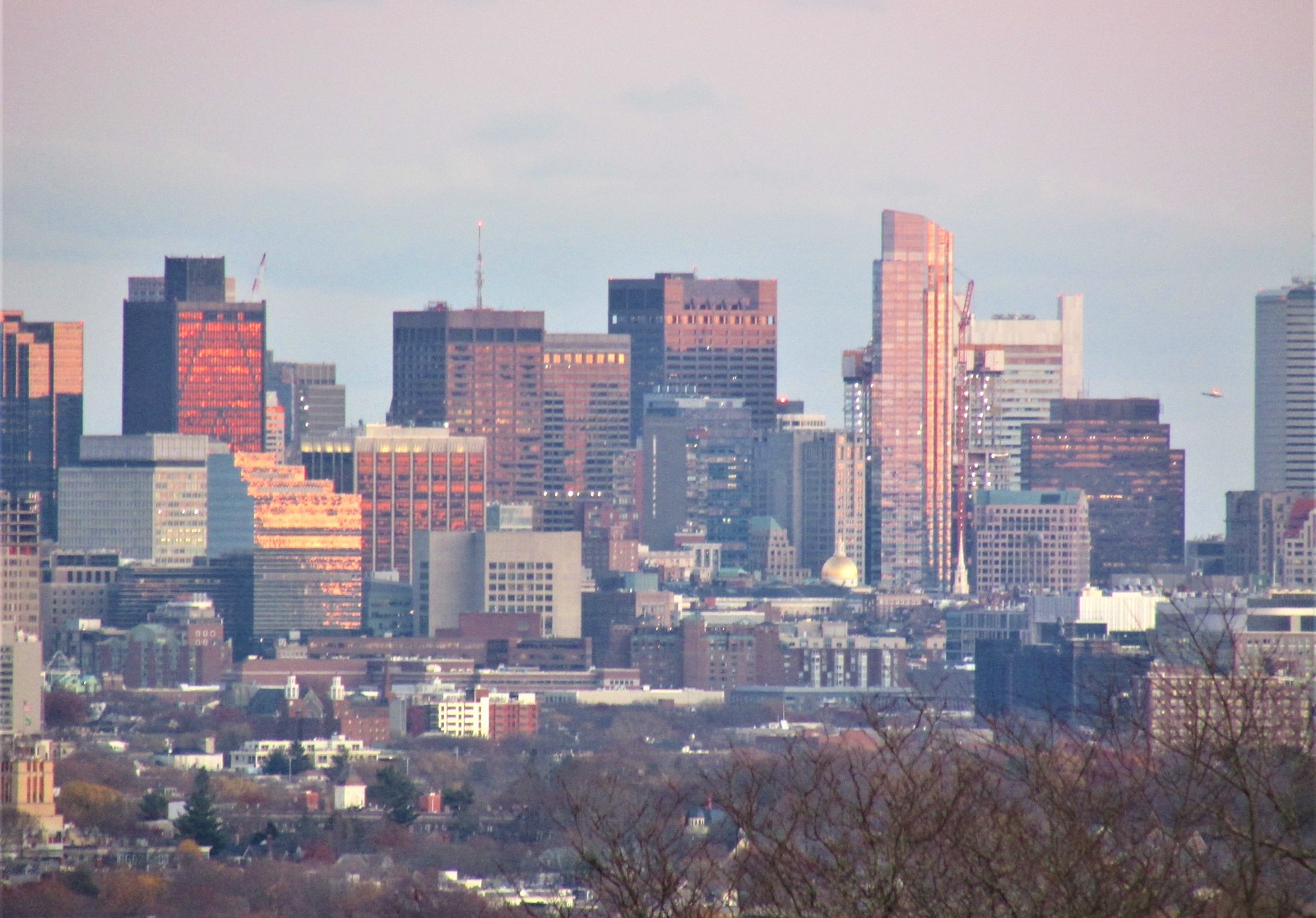