Texasian said:
When I've lived/worked in buildings impacted by large events, its the responsibility of building management/owners to communicate it to tenants and stuff does get lost in the churn. If your talking specifically about this past weekend's closure, that was Somerville Open Studios, a city-wide event. Somernova is a sponsor of theirs and was hosting artists who didn't have spaces that could accommodate physical distancing in their own studios/spaces. I'd argue that the act of hosting the event is showing that they're interested in the artists and makers in the community.

As for Bow Market, did you know that the original plan was going to have the second floor rented out as small artist studios? Turns out retail interest was so strong that they ended up nixing the studio plans altogether: even the scrappy, weird, the stars must have aligned for this to happen, development followed the money.

Back to the hotel side of things: Enough people thought there was enough need for a hotel that they ponied up ~$60 million to finance the project. The first floor is going to have an independently run restaurant with a massive outdoor seating area (or at least that seems to be the hope). It's less beige and boxy as Cambrias can be, and it replaces an empty lot that played host to a racist, verbally abusive squatter who seemed determined to ruin my day whenever I walked by (which was daily). In my books, its a win, especially since it might have otherwise been a consolidated fire station.
Click to expand...

I just went to my studio at 438R Somerville and learned that someone put up a CL post saying all the Somernova planters in the alley were free, come and get them. Very, very, very sad. I ran into the guy who has the studio next to me. He says they were just about to have a meeting with Somervnova. Now he feels it will be hard to do the very thing I talked about above. Shesh. Anyway, I just want to write that despite my comments above I would never, ever, or condone, something like that. And if you're from Somernova, this behavior does not represent most of the people I know in our building. I'm ashamed for us.
J 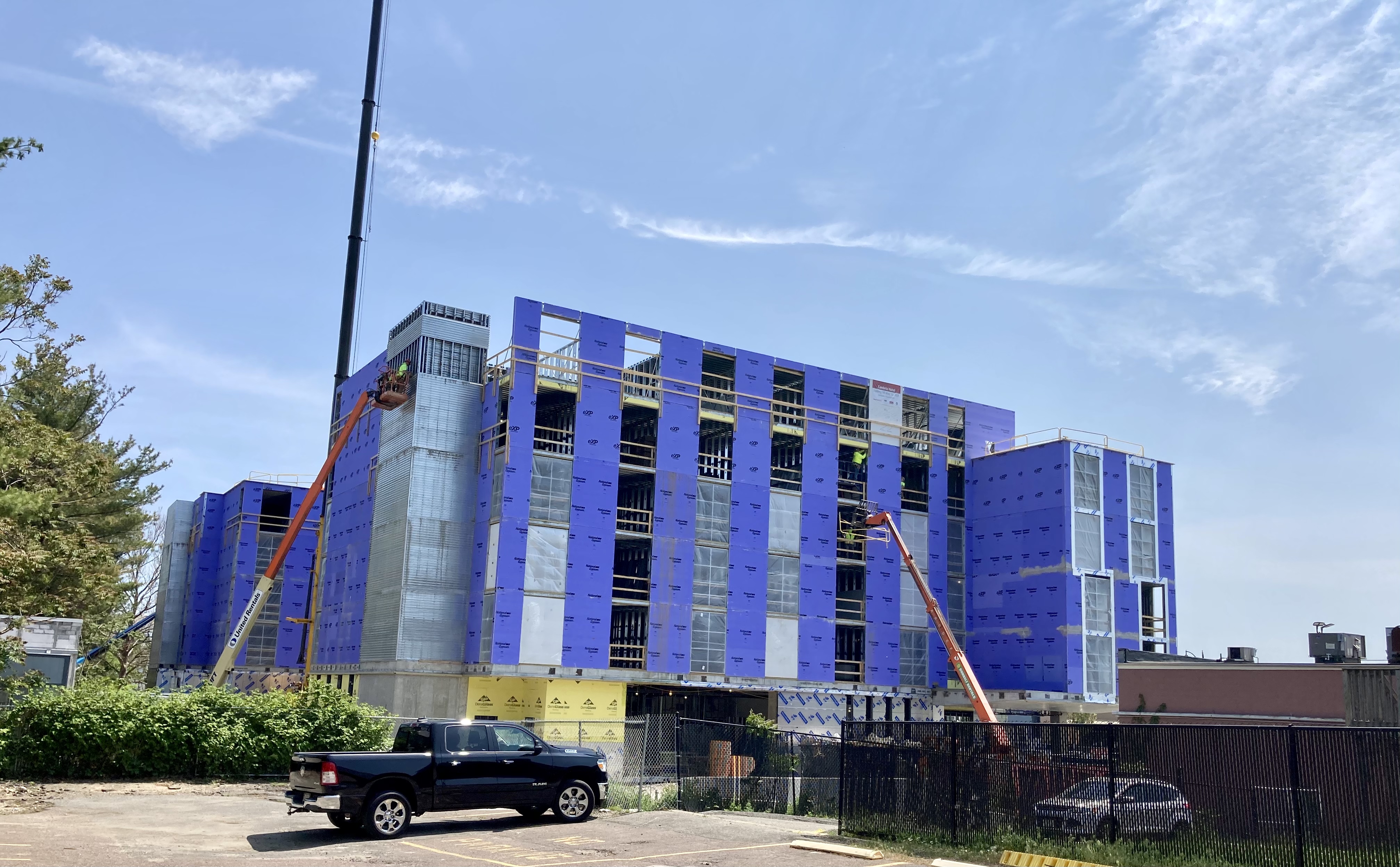 I didn't have much time, but wanted to see how the Conway Field remediation is going and, of course, the hotel! Taken June 18th, 2021 Coming along nicely, although seemingly a little slow - on the exterior anyways. Looks like they’re installing mounting brackets for the facade. Sparing no expense for the scissor lifts! Also, I appreciate Consigli’s attention to progressive construction site etiquette. 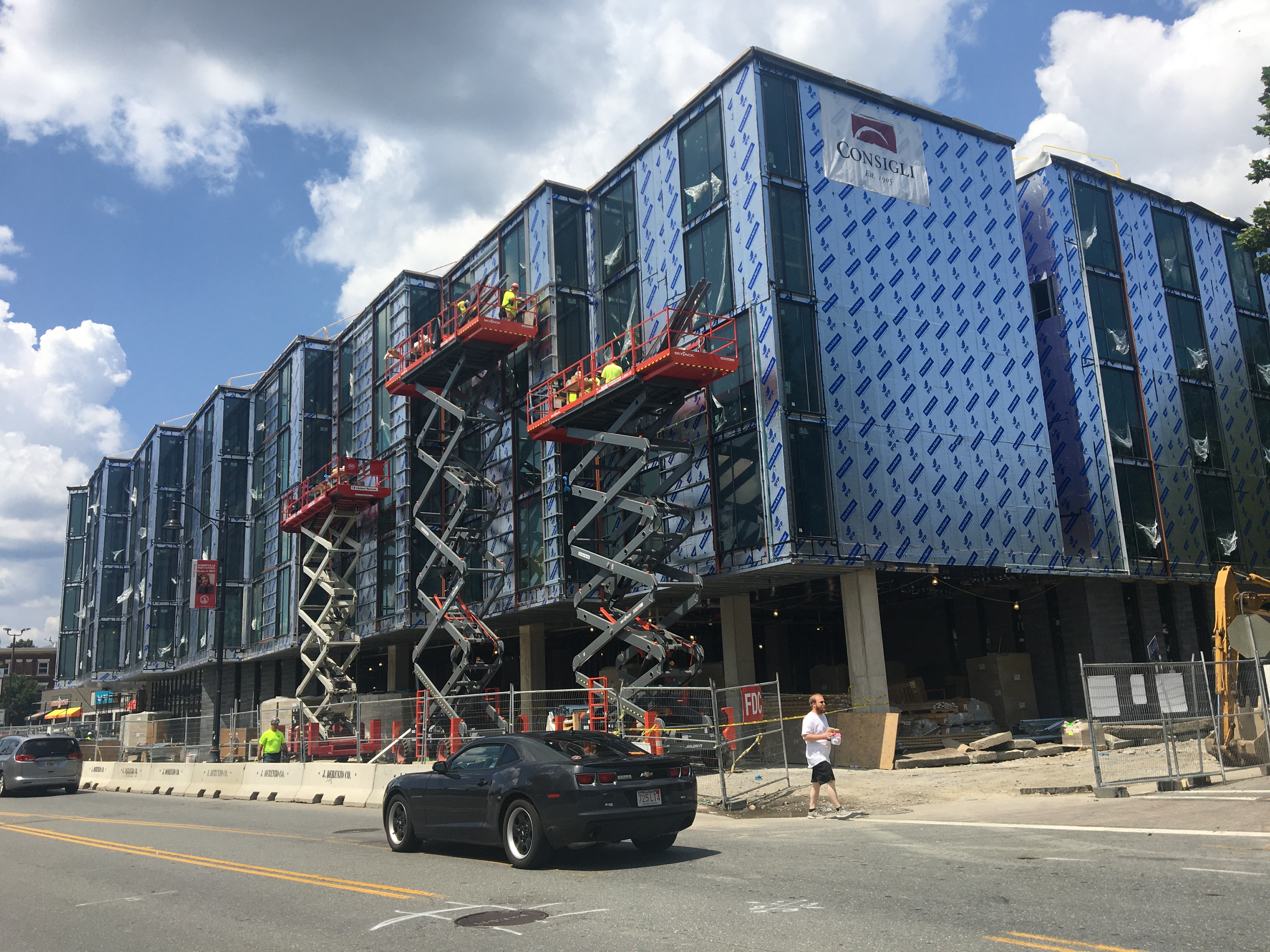 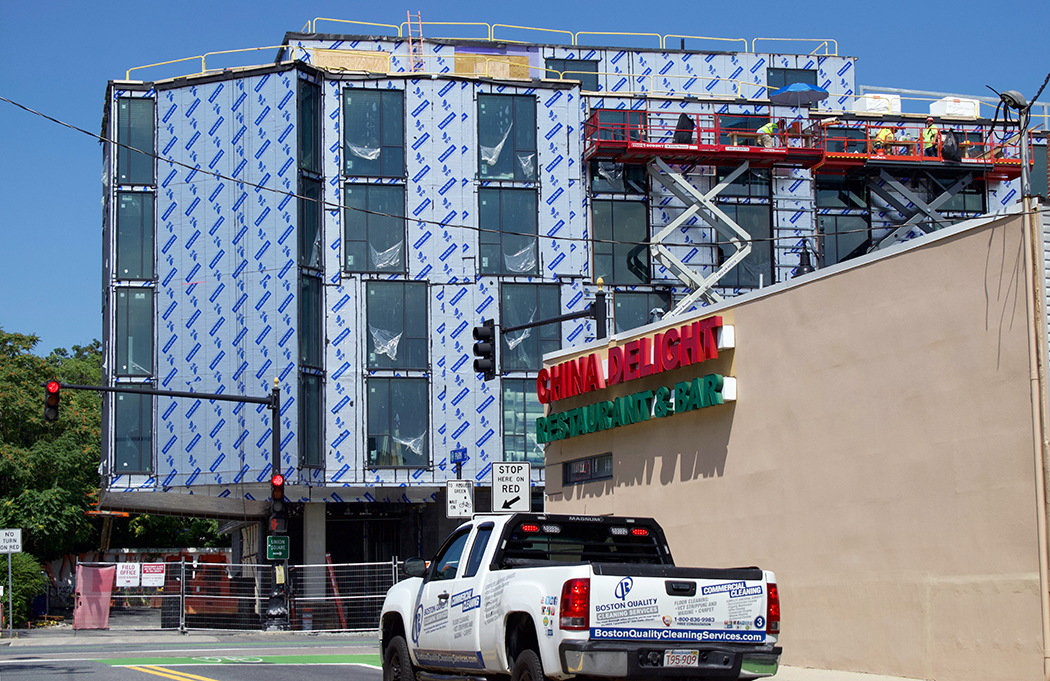 Couldn't snag a pic, bit they started digging up the parking lot next to this behind the Dunkin/UPS parcel. Is that part of this effort?
T

Vagabond said:
Couldn't snag a pic, bit they started digging up the parking lot next to this behind the Dunkin/UPS parcel. Is that part of this effort?
Click to expand...

Nope, 40-unit condo(?) building. Honestly, pleasantly surprised by how many units we're getting here... even if I'm not super keen on not getting relief from construction in the area.
M

I thought they were only building the low rise portion first, but in that video it looks like the piles for the tower core are finished.
T

Did some late night googling after dealing with some pains relating to the construction to this project (I'm not a direct abutter, but have been dealing with impacts).

Apparently the hotel group already operates the Lenox and will be operating the Raffles as well. Gives me hope that the hotel will end up quite nice. Their page also has some lobby renders that I haven't seen before.

Texasian said:
Did some late night googling after dealing with some pains relating to the construction to this project (I'm not a direct abutter, but have been dealing with impacts).

Apparently the hotel group already operates the Lenox and will be operating the Raffles as well. Gives me hope that the hotel will end up quite nice. Their page also has some lobby renders that I haven't seen before.
Click to expand...

Maybe it’s just me, but I get the sneaking suspicion that the kinds of guests this hotel will attract won’t be the type who will also patronize Wings Over Somerville or China Delight. Not trying to wish doom on local business, but rather I’m looking forward to the juxtapositions. It’s what makes life interesting. 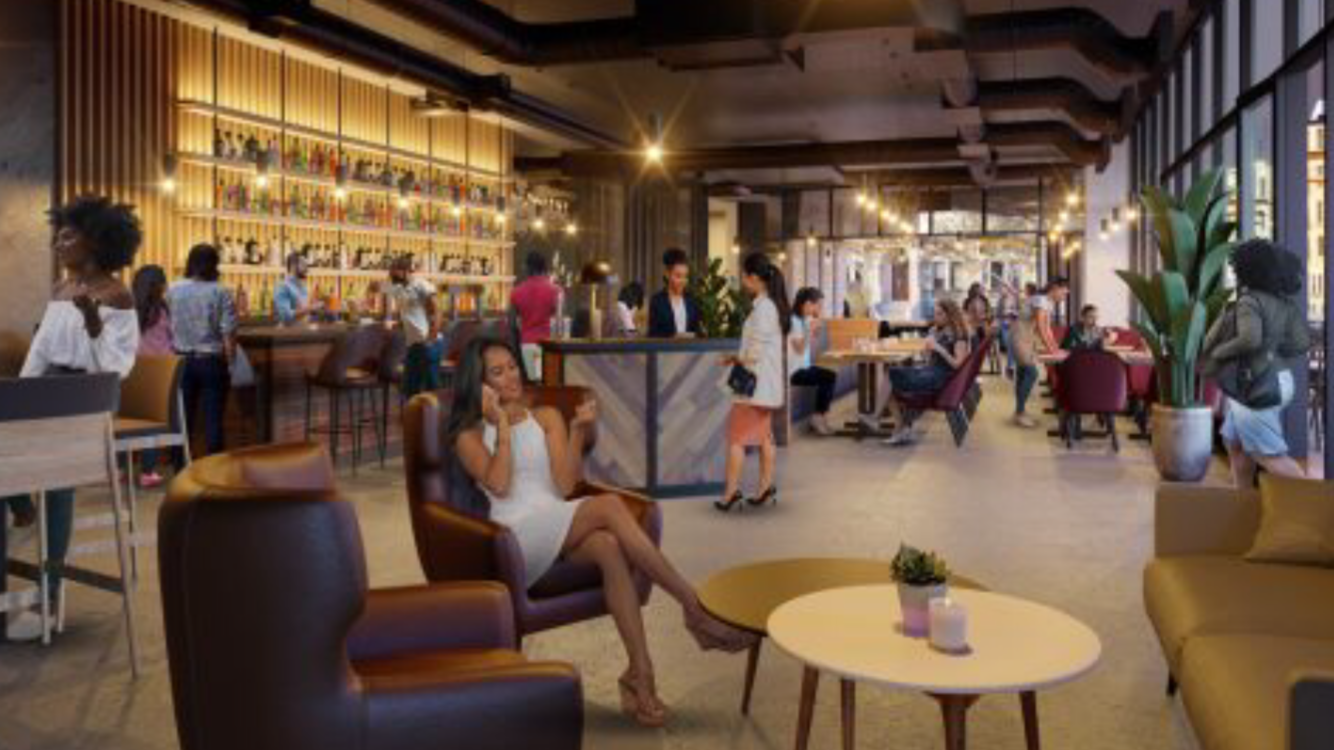 Finally some finish materials going up! Looks like it should go pretty quickly too. It will be quite a dark building. 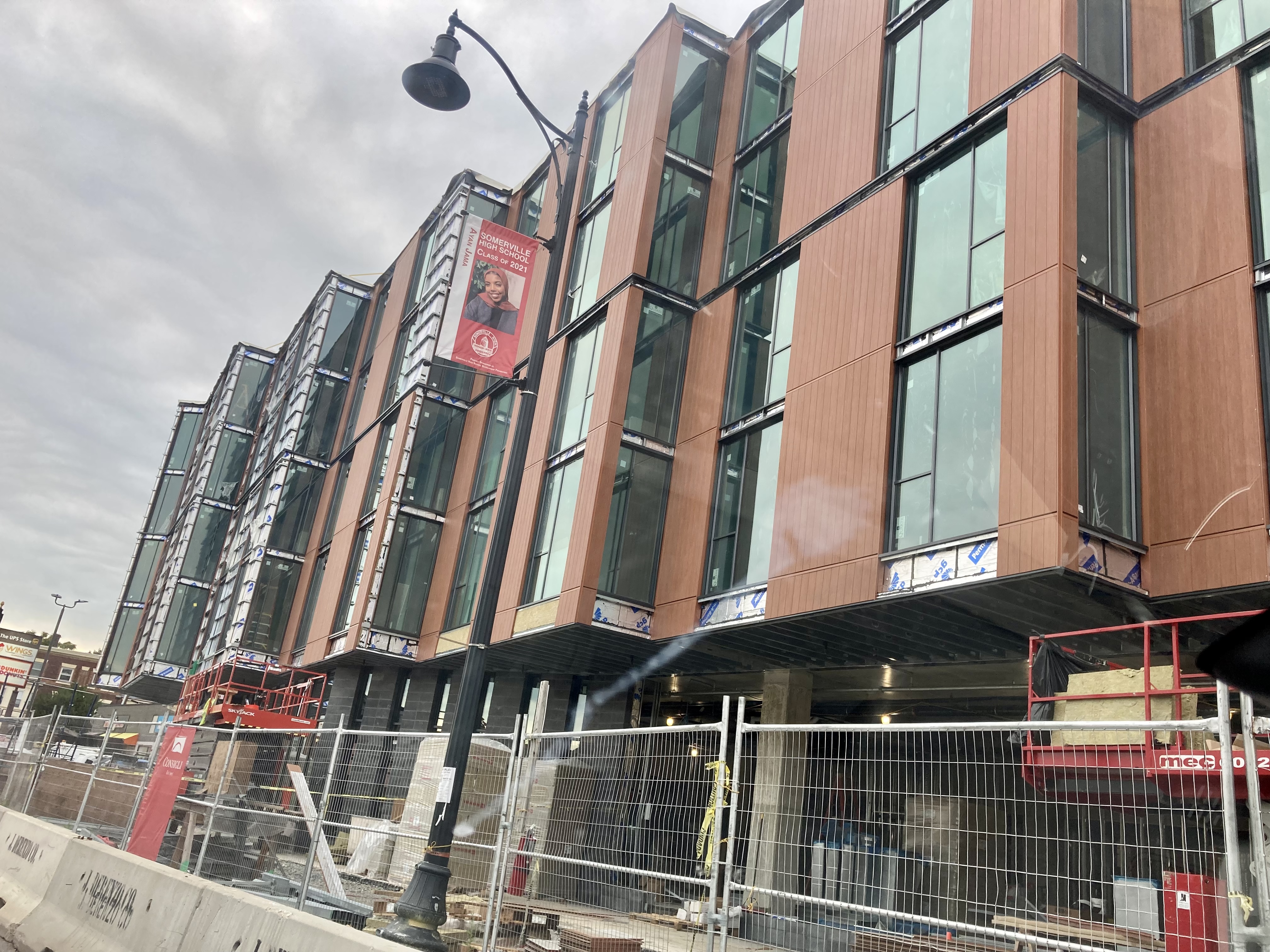 Front facade is quickly coming together. Also exciting to see sidewalks getting poured! Consigli is on message with progressive construction site values! Not to mention- they do some quality work. 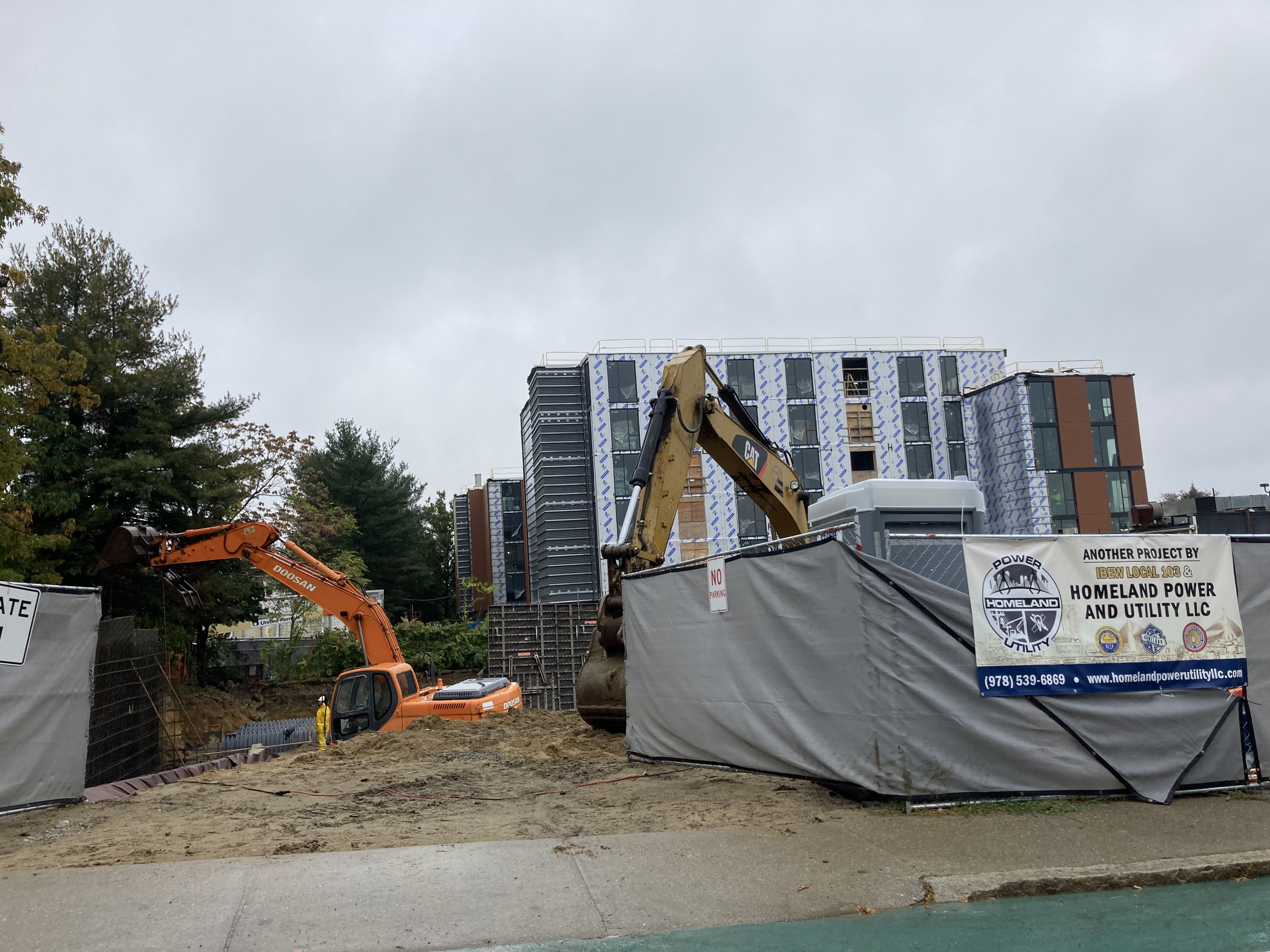 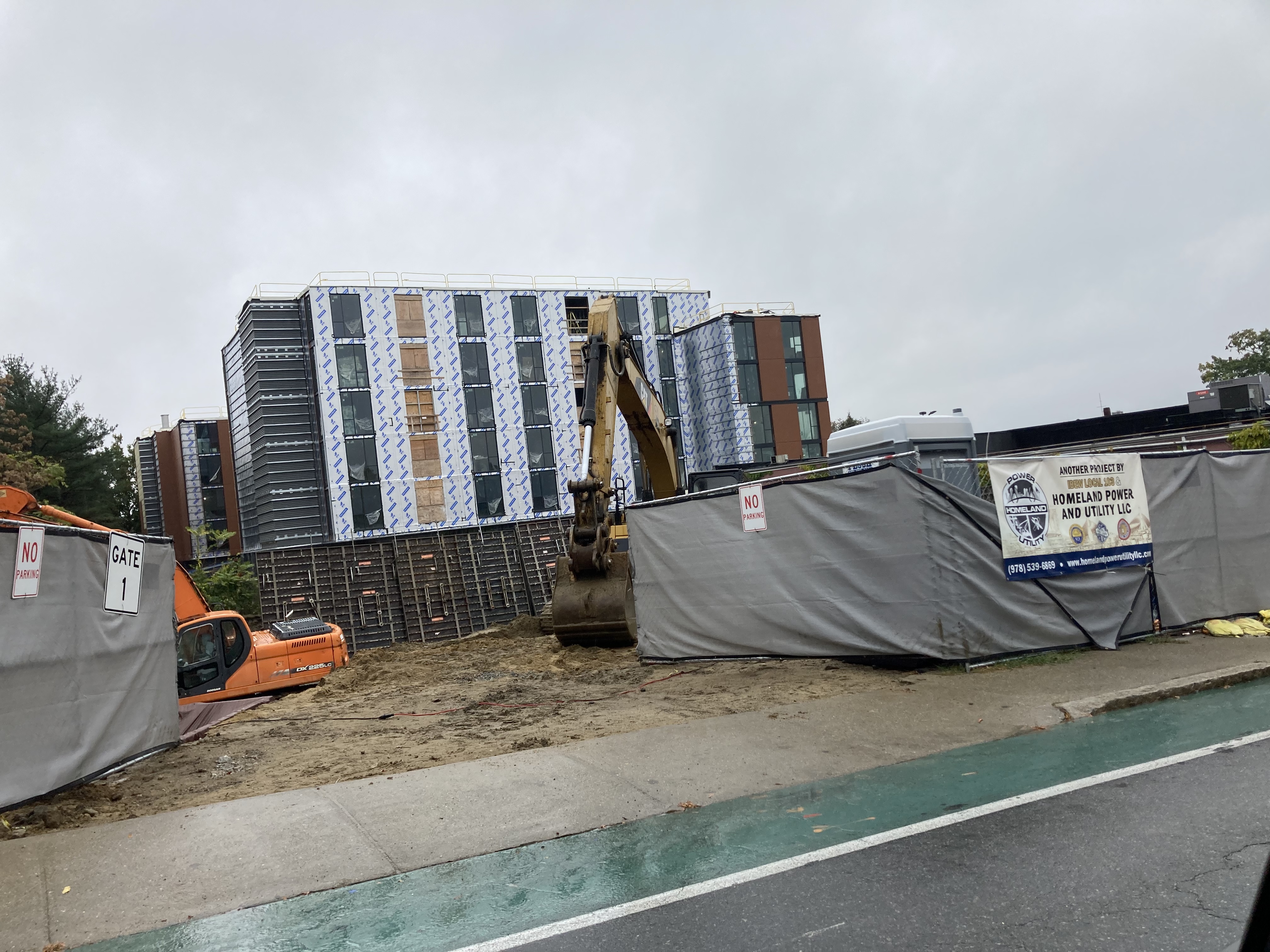 That Wings over Somerville/UPS strip can't be long for this world.
T

Didn't manage to snap a pic, but glazing has started going in for the restaurant section. Really brings home how BIG the outdoor dining space is going to be. Hope the restaurant is worth visiting for folks in the neighborhood.
You must log in or register to reply here.
Share:
Facebook Twitter Reddit Pinterest Tumblr WhatsApp Email Link