chrisbrat said:
indeed. and the reason i was given via instagram (post was deleted shortly after) was that they couldn't figure out a way to do it in a way that wouldn't be obtrussive to residents of upper floors (which is absolute B.S.)
Click to expand...

Since the only ulterior motive here would be impacts to the high-rollers at the top, then I have no reason to doubt them when they actually admit it.
C

given the hundreds of luxury residential towers across the globe with far brighter and more prominent cowns (and closer to hightest habitable floors, as well) than the subtle, lit-up small four seasons tree logo that was in all the renders, i think it's beyond a safe bet to say that there are approaches to applying that signage to 1 dalton in ways that wouldn't have impacted the interiors of the upper-floors. they were very reluctant to reply to the question in the first place, immediately removed the response, and have since said nothing publically about why the lit-up logo idea was abandoned. i take all of that as pretty compelling suggestive "evidence" that they simply cheaped out and decided not to do it. given the 9-plus months of plywood windows, would you truly be surprised that they effed-up this signage detail?

before anyone tosses out some variant of, "do you REALLY think the developers of such a luxe project would cheap out on some final detail like that?" i submit to you the still-incomplete (and never to be completed) roof of boston's "other" luxury residential tower. as with 1 dalton, millenium tower promised one thing, which was approved, and delivered slightly less. in both cases, i'd think the failure to deliver would be actionable and hopefully boston nuts up and takes both 1 dalton and MT to task.
Last edited: Jan 27, 2020

But how would the high area's of the mechanical screen at MT or 1000 Boylston be closed off? Aren't they designed to function as a fence, to hide the HVAC equipment, w/ the whole smash to remain open to allow the window washing boom to have maximum maneuverability and functionality? Did you ever wonder if the roof shown in the renders is just an illustration for public consumption.
C

ok -- in that case, why is MT an anomoly on the skyline? i've flown over the city countless times and based on your posts i'd wager you have, as well. every other skyscraper in town manages to have an actual roof and not, as you accurately describe MT's situation, a "fence."
W

Brad Plaid said:
10ish years ago I was at the Stuart and Clarendon corner when one of the windows on the fifth or so floors cracked like the safety glass of a car windshield. No shards dropped but a small rain of glass dust fell to the sidewalk. There had been no obvious cause for it like the vibration of a heavy truck passing by so presumably pressure had been building up and finally gave way? Whatever the cause the Hancock still had a window issue 30+ years after the fix.
Click to expand...

Brad -- Building formerly known as the John Hancock Tower aka 200 Clarendon -- despite adding a bunch more structural steel about 40 years ago --still twists slightly in the wind. When it twists first one way and then relaxes the other way -- torsional pendulum style -- it alternatively gets taller and shorter by a bit
This not a problem for the structural steel or the aluminum mullions holding the windows -- but the glass [not so good in compression] even with some rubber surrounding it -- can get stressed fairly severely. Then if you have a significant change in pressure such as when a front passes -- there can be too much stress for the glass -- and some panes still have to be replaced.

However, nothing like the "Bad/Good" old days -- I was living in an MIT dorm right on the River ideally positioned to see the action. I guess I saw about 10 windows -- just launch from the tower and head on down -- apparently to crash in Copley Square.

All that caused in the excess of caution the recladding of the building as the Plywood Skyscraper.

Meanwhile the original structural model was studied in the MIT Wright Bros. Wind Tunnel and lots of computing was applied until the "Mostly" Fix was identified and implemented
Last edited: Jan 27, 2020

A roof to the tippity top/maximum geometrical extents of the fence, no.
i don't believe [quite that type of thing] was planned. But a purposeful roof and fence to accommodate the HVAC fans & boom system is there.
Compare to 33 Arch.

odurandina said:
But how would the high area's of the mechanical screen at MT or 1000 Boylston be closed off?
Click to expand...

How do the 2 shorter Millennium Place towers do it? There's your answer. It doesn't even have to be 100% enclosed. Just the illusion that it's, ya know, DONE, would be enough.
S

On another note, is it safe to say the antenna everyone was dreading has been installed by now and isn't noticeable? Or is there still a chance it comes later?

Pardon,
Is anyone having issues with the site loading up in chrome?
It's not as slow going in IE,
but Chrome is almost a no go.
C

I want to (and in many respects do) love this tower and its boldness and height, but between the light (non-existant) and spire/antenna (not there), it's a disappointment. This was a once in a lifetime opportunity to build this tall and "iconic" (coming to hate that term...) and it wasn't fully realized. sucks.

The glass is a bit too Horizon Blue (Porsche) for my tastes. It lacks a bit of color. But, in some light it looks very exquisite.
Structured/private sale--trough in the cycle--the nimby's kind of slept on this. It got insanely tall. i rate it about a 9.10/10. They kept it fairly quiet saying "699'." Except it was the occupied floor height.
It might have gone taller.
If they had gone for say 840' to the roof, they would have had to admit occupied height above ~780'. Word would have gotten out. A bloodbath would have ensued, and it would have ended up about 650' to the top.
Know: they figured this out, and played it safe.
If in some alternate reality it could have reached 840~860',
i think it would have earned maybe a 9.96/10.
With a visible tree logo, and at least some of the roofline minimally visible at night, it'd been a 10/10.
Last edited: Jan 27, 2020
S

I think they dropped the logo from the top because someone from the bottom floor of the Harbor Towers said it was too bright and would blind their views. 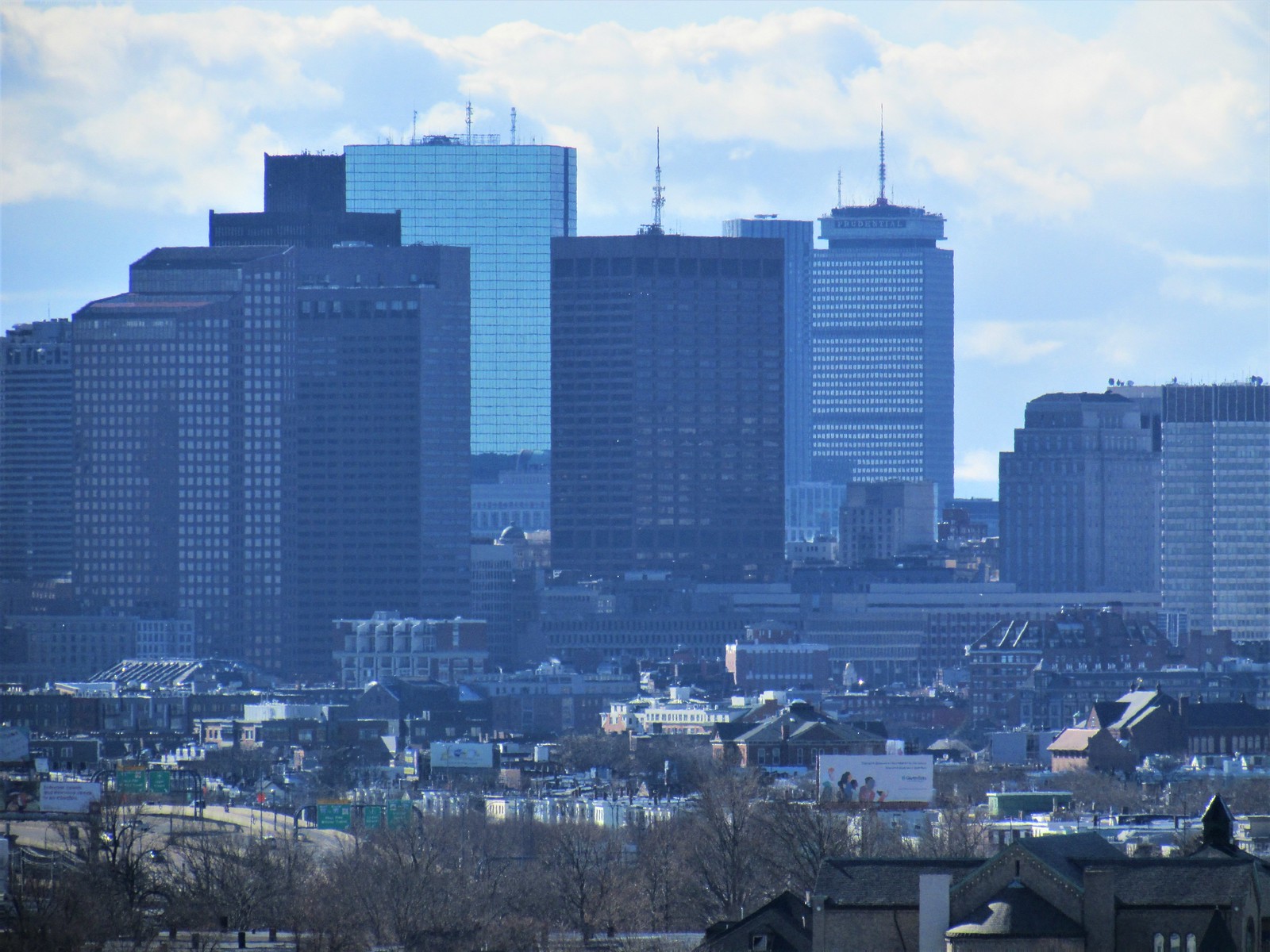 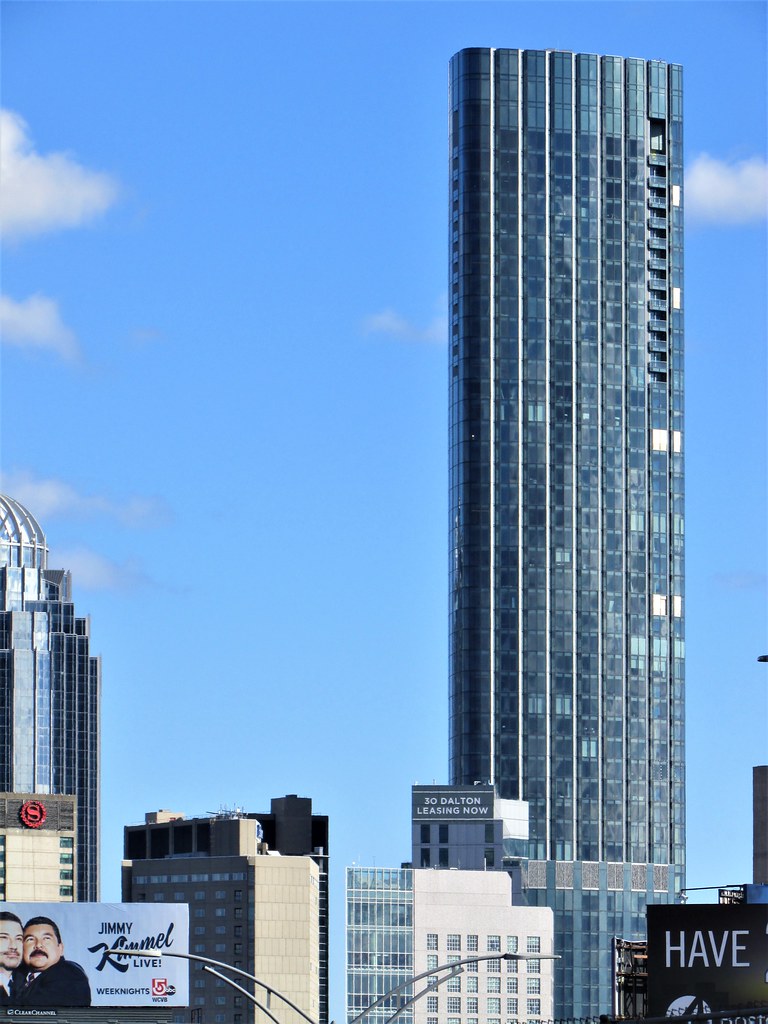 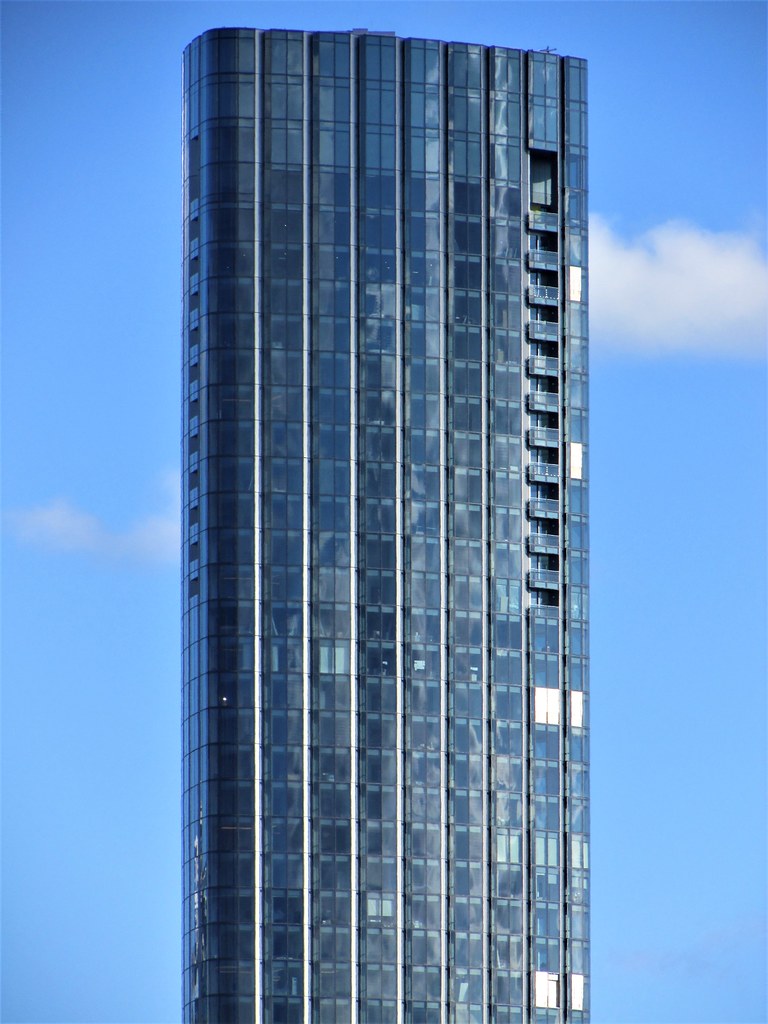 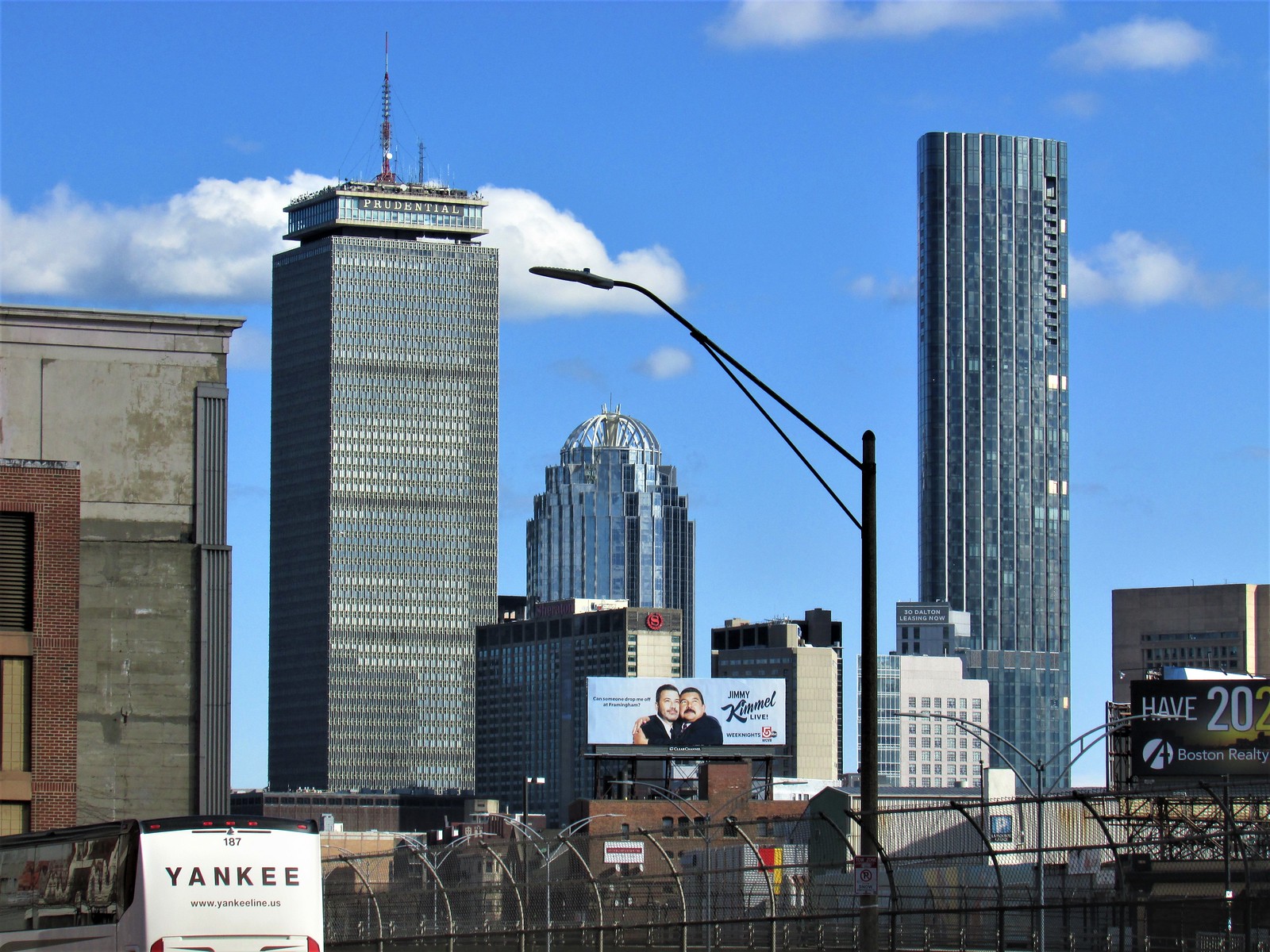 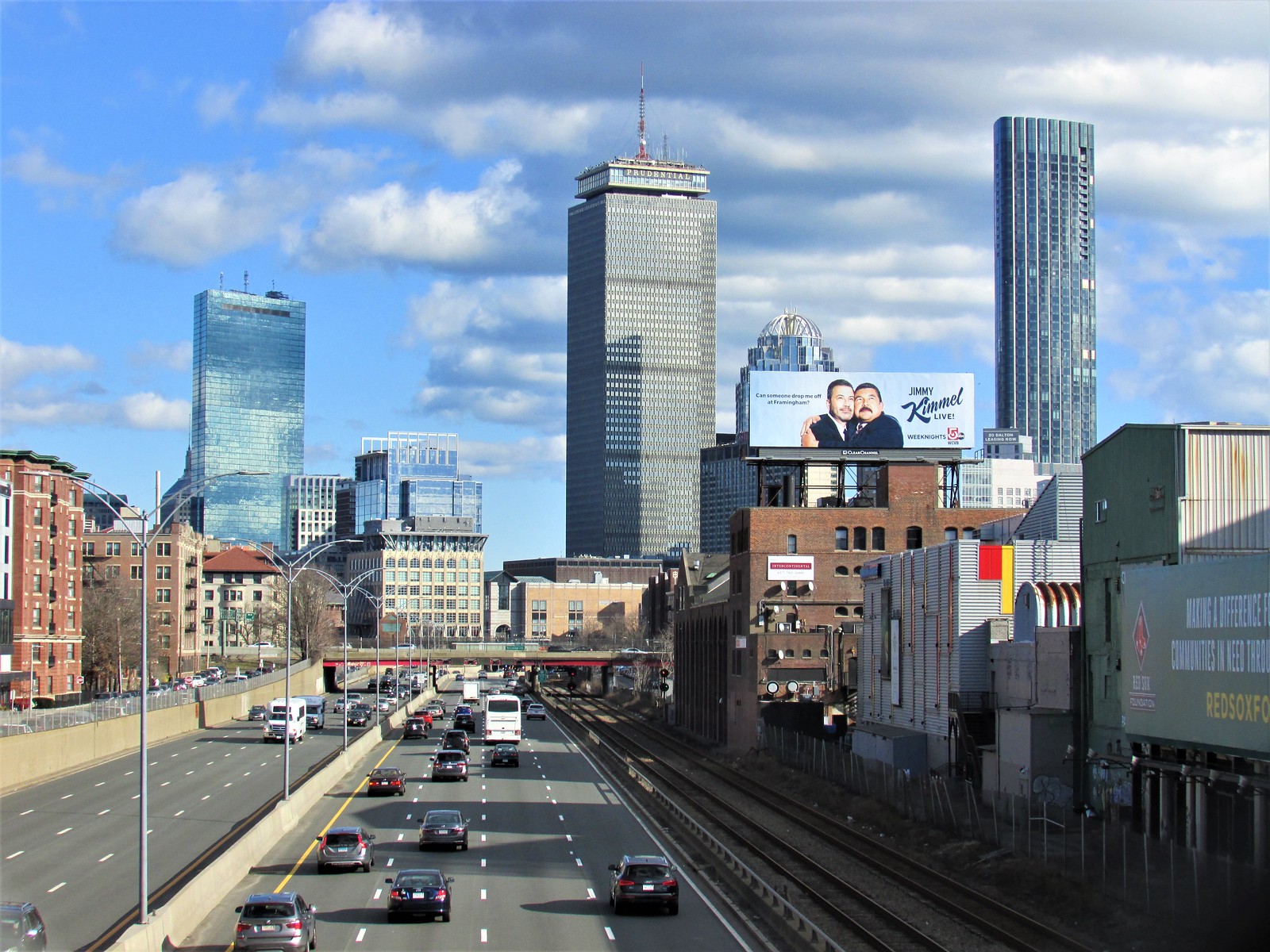 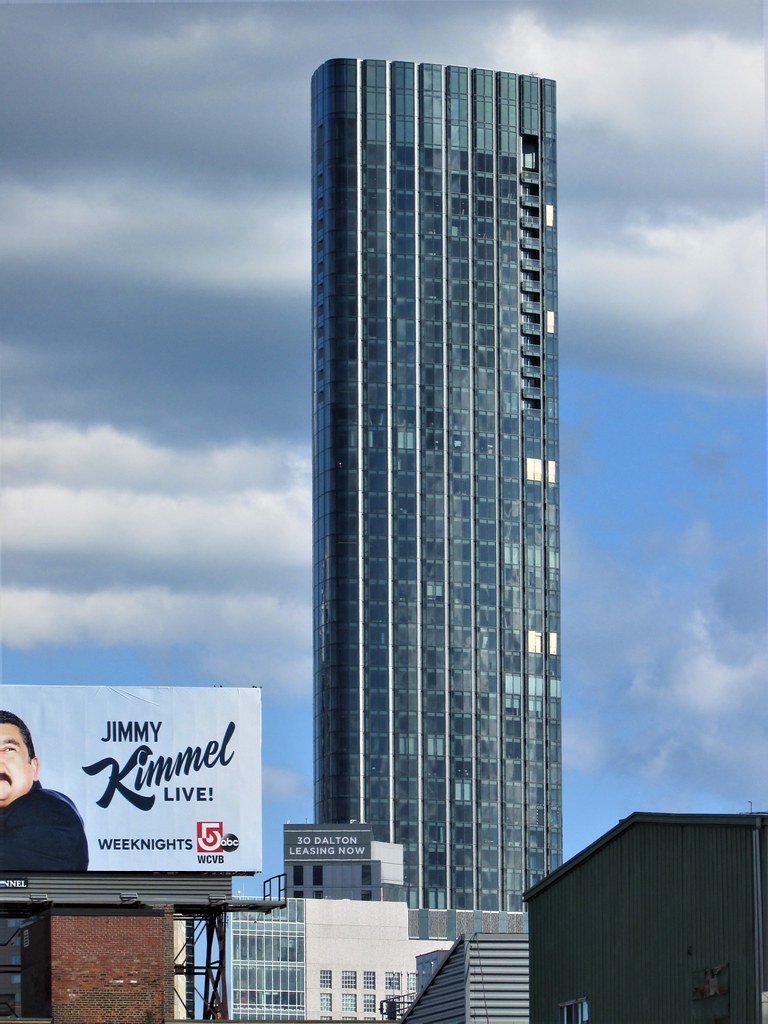 Cropping to draw attention away from the l-90 freeway a bit,
but preserving the points of convergence so skillfully captured here.... 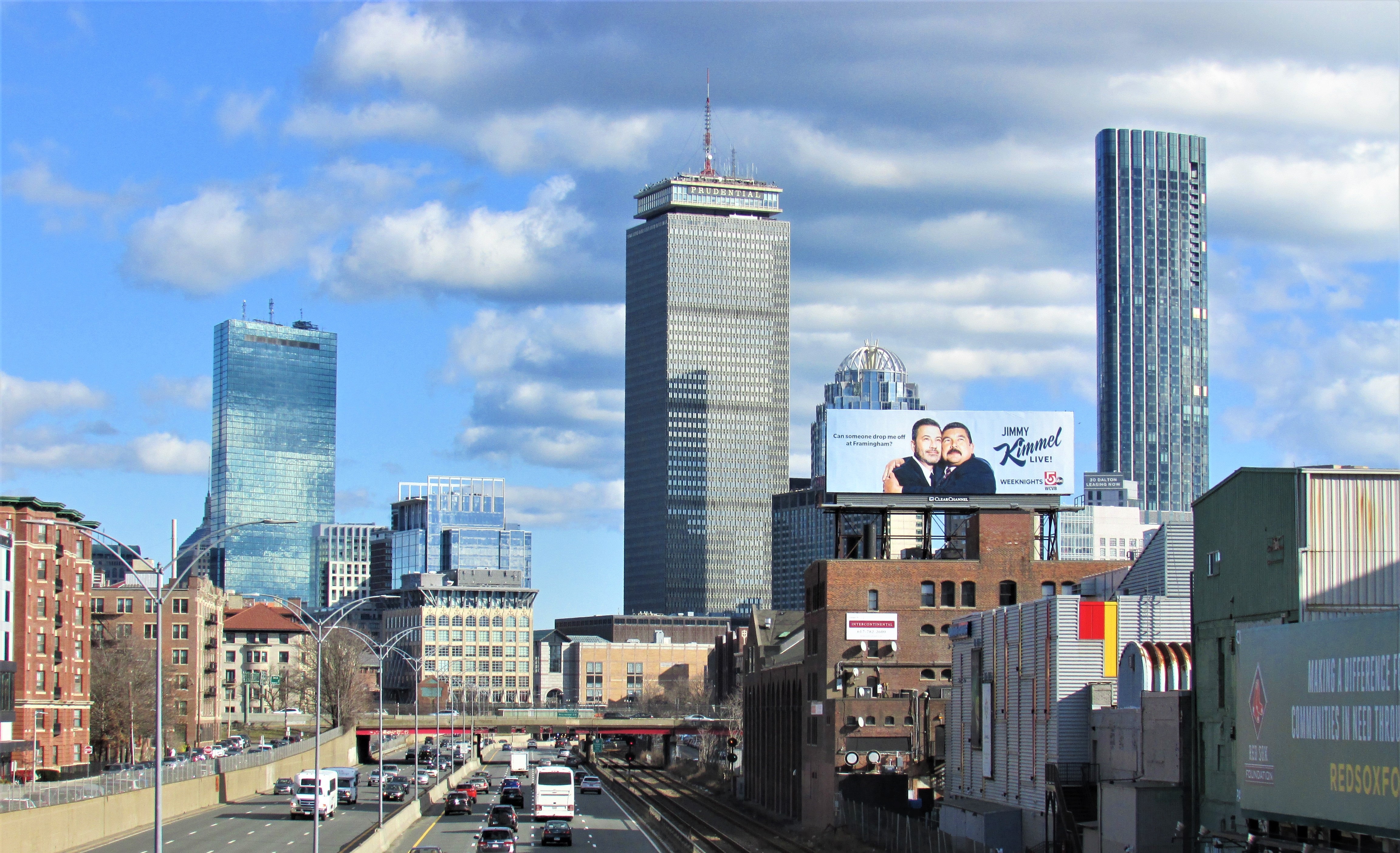 One Dalton may be the closest Boston ever gets to a NY-style, "super-tall" pencil tower.

One is enough.
D 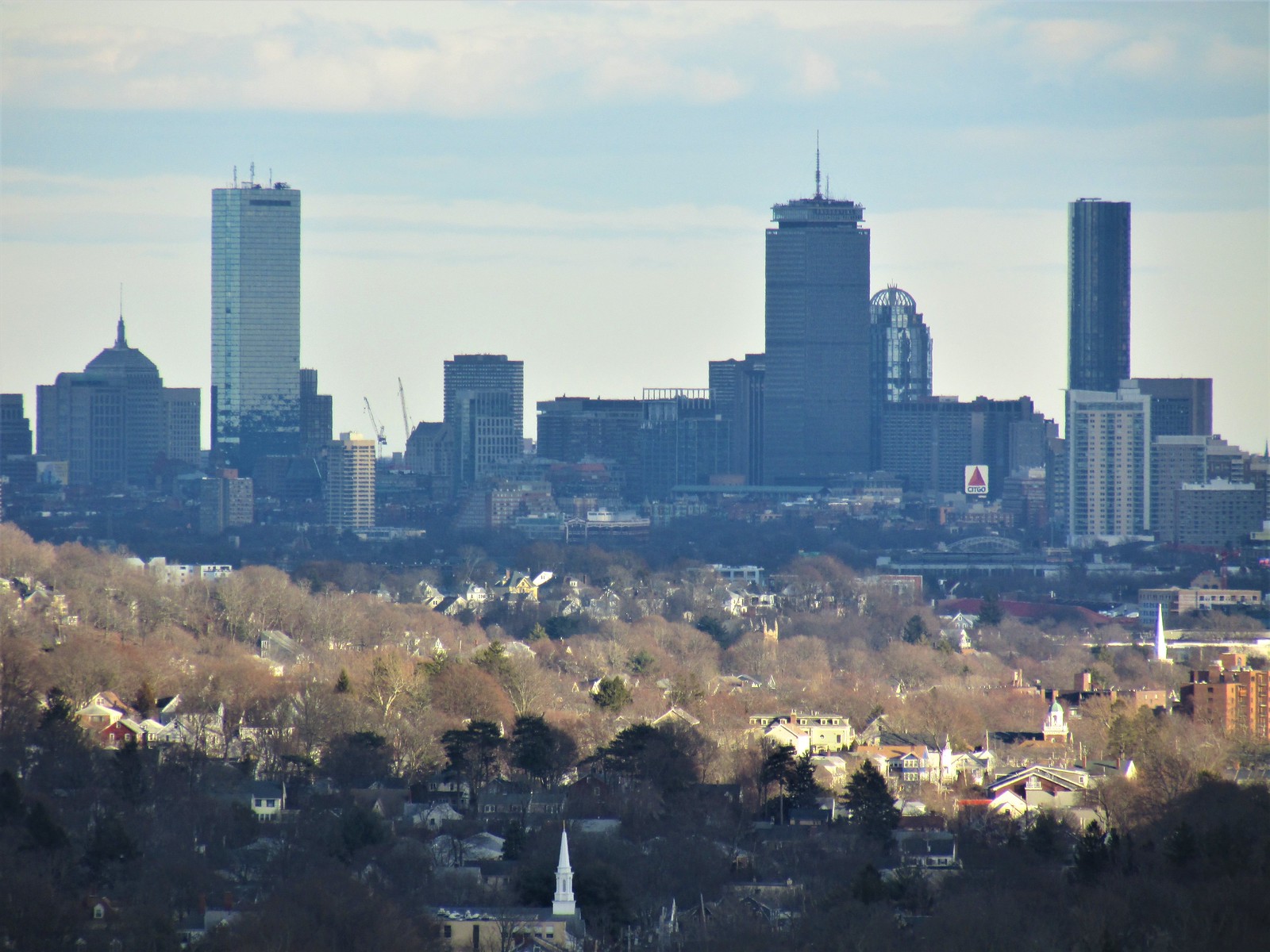 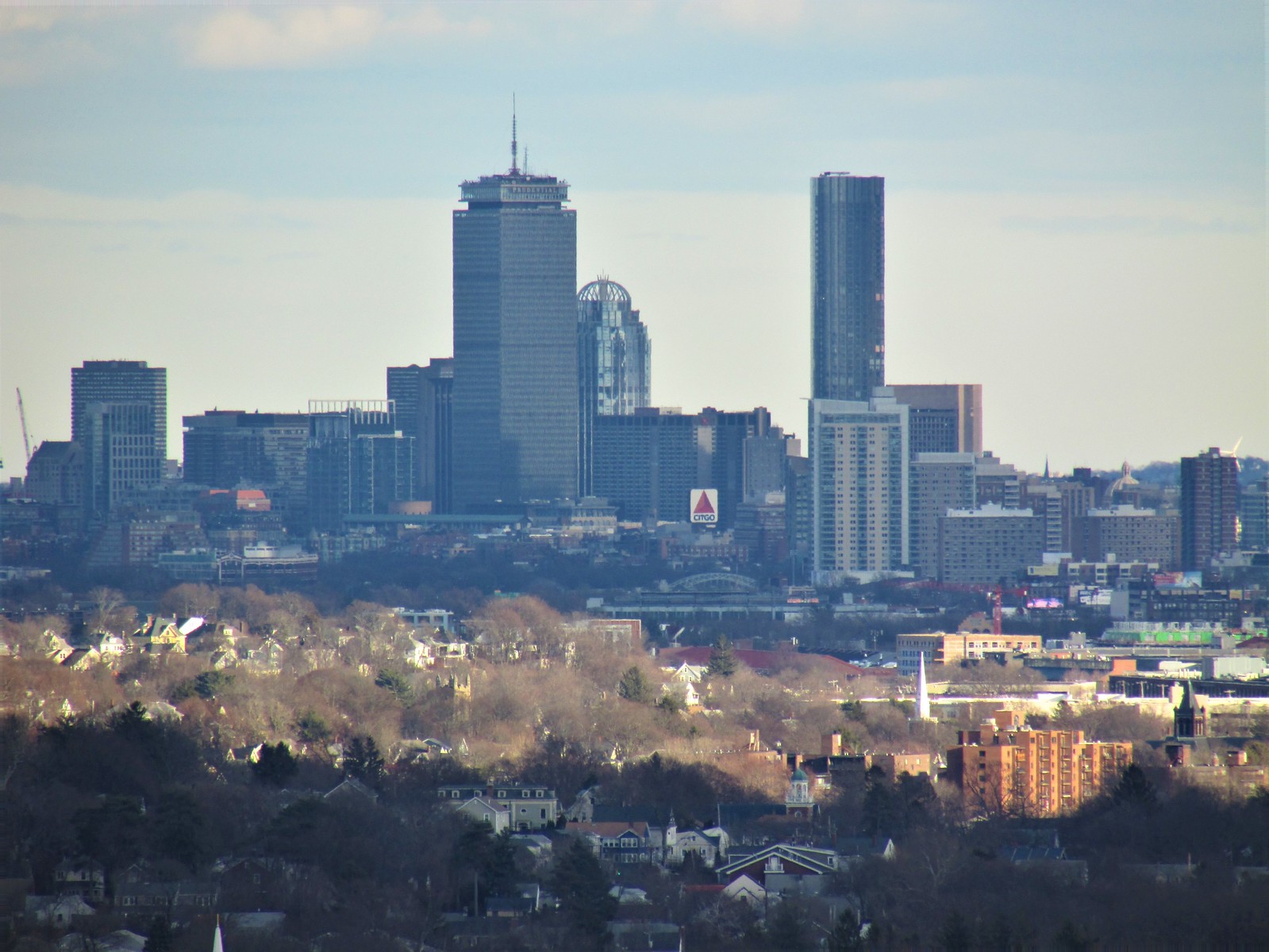 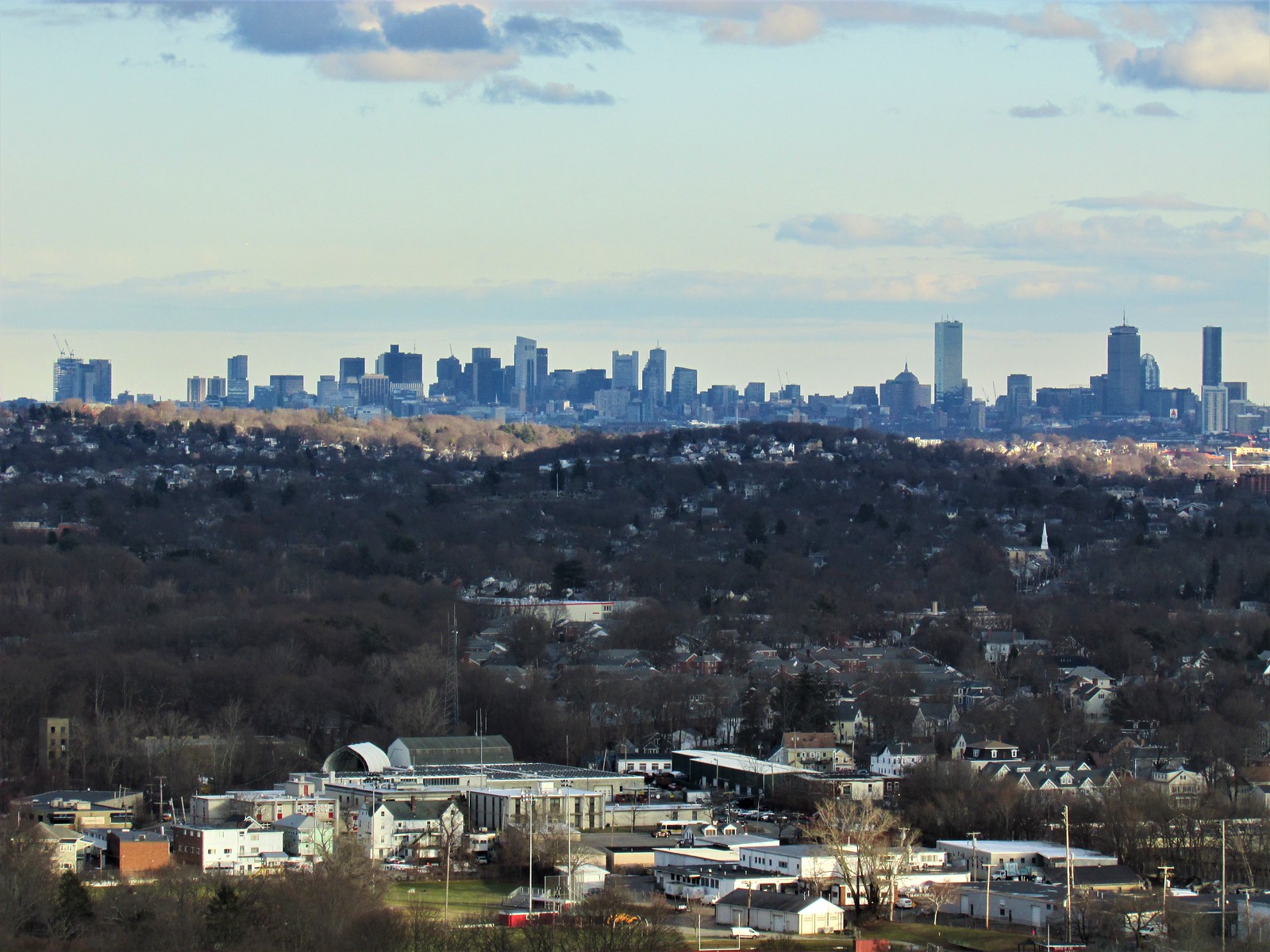 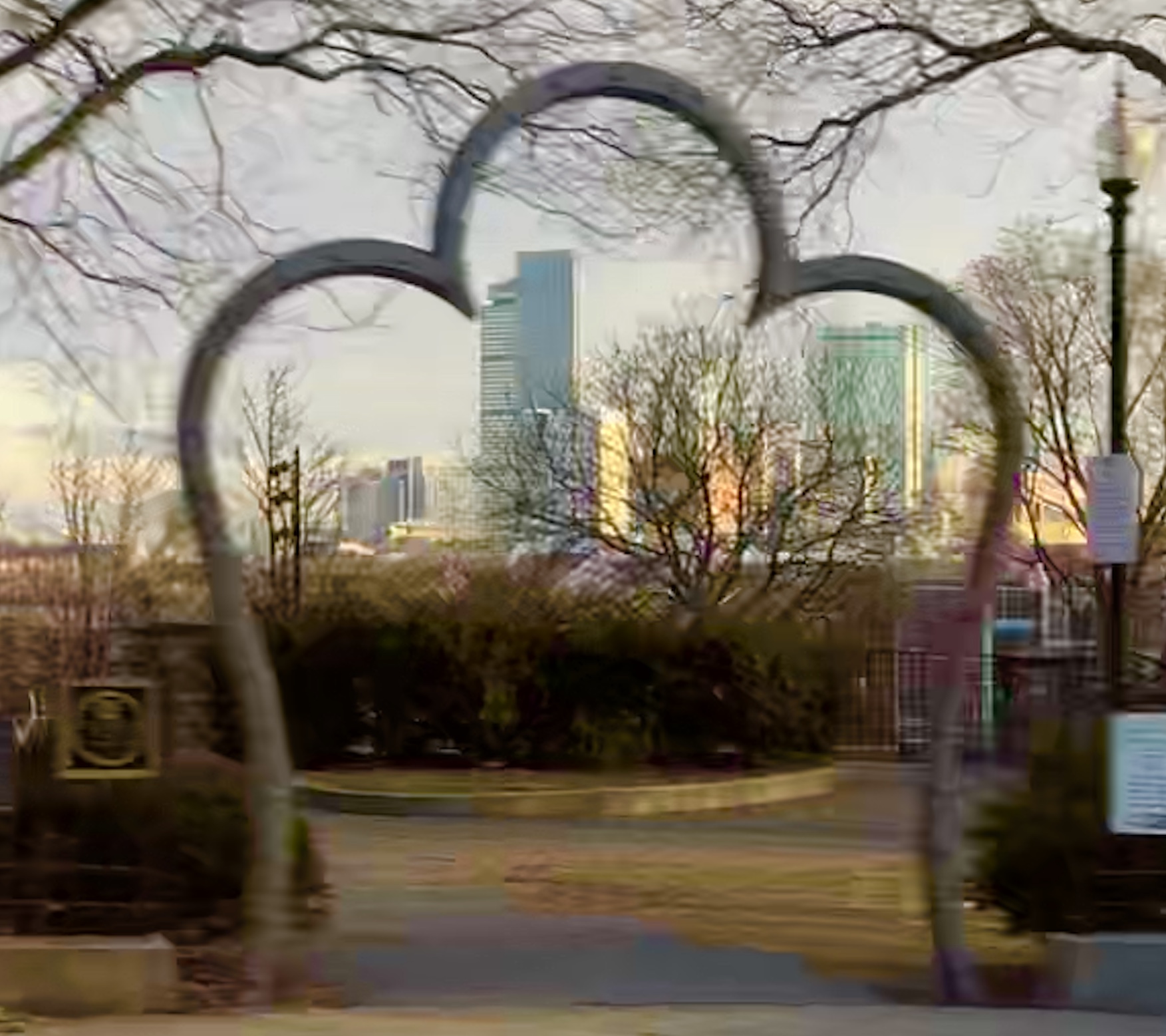