Status
Not open for further replies.

Yesterday -- the site is all fenced off 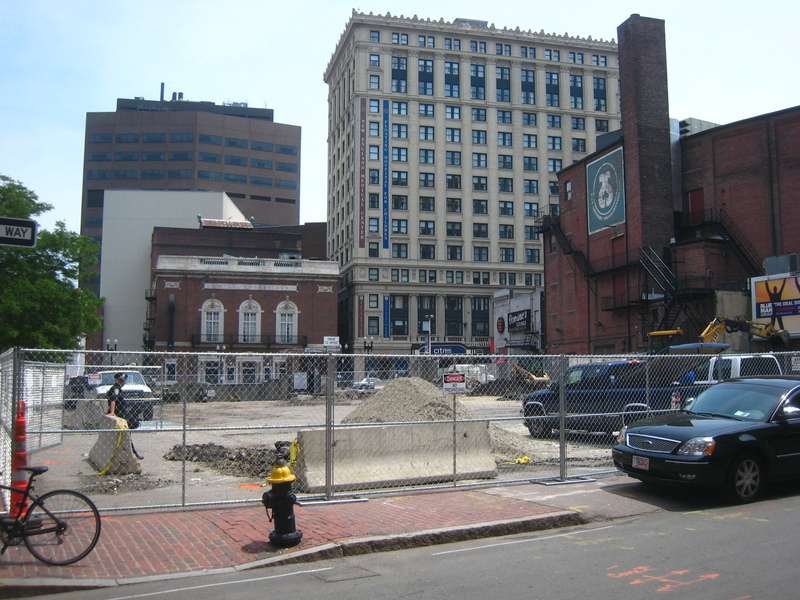 Note the cop staring at me.

Staring for 50 bucks an hour I'll bet. I'm glad he's there to make sure nothing bad happens...wait, what is the presence of a cop at construction site actually supposed to prevent?
N

I guess I never really thought about this but after seeing the old foundations, does anyone know what building used to be located here?
A

Note the cop staring at me.
Click to expand... 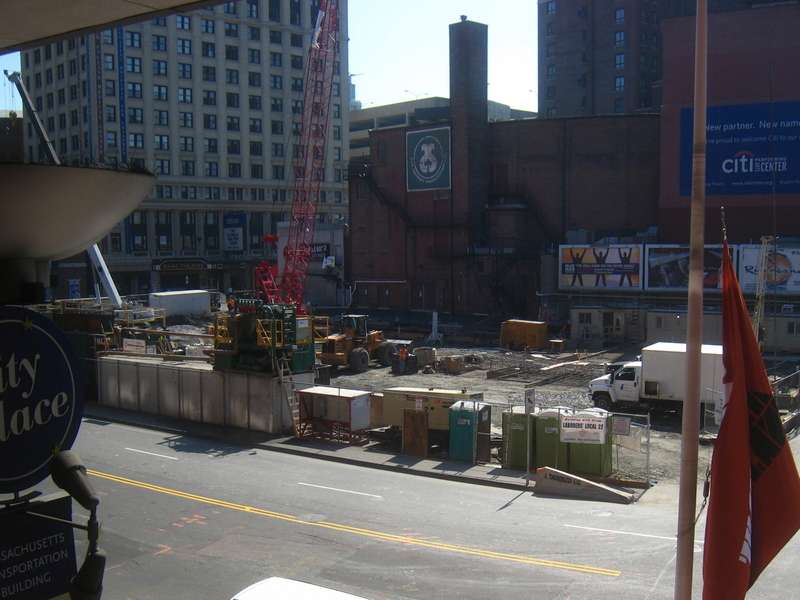 Can anyone get picture updates on this?
Thanks
C

I got tired of waiting!

haha way to take matters into your own hands!

I never took any pictures because it hasn't changed in such a long time. I work right around the corner, though.
C


castevens said:
haha way to take matters into your own hands!

I never took any pictures because it hasn't changed in such a long time. I work right around the corner, though.
Click to expand...

I noticed that from KZ's photos. Kinda sad how even when construction begins, it takes a long time to see any noticable progress. I was in the area, so I thought what the hell.
Are there any better/newer renderings of this hotel?
C

No new renderings that I know of. I'm surprised with my "work right around the corner" comment that no one has asked if I am one of the Blue Men -- I hadn't thought of that when I wrote it
W

Progress is often hidden from the casual observer

Instead of digging a giant wide v crosss section pit to build the foundations or even driving external piling before digging the dirt out to put in a traditional foundation.

You dig a series of narrow slots into the ground. As you are digging you are refill it temporarily with a Bentonite clay {to keep the narrow and deep hole from collapsing} If someone come around to inspect at ground level -- they might see nothing obvious for weeks.

So the entire underground structure of the building could be constructed without disturbing the surface -- a la much of the Tip O?Neil Tunnel

PS: that's a hint for the major photo crowd to do some photos before we lose the first stages of steel, etc.

I stayed at the W in Dallas this past week. Very Swanky, but somehow it had the feel of an IKEA. Looked really cool, but upon further investigation...
I looked through a hotel magazine in our room that showcased the Ws around the world. They had a section ?coming soon? that listed five or six hotels but did NOT include the Boston W. Their Mandarin, being built across the street with about five other high-rise buildings and some public parks, looked cool as well.

Now this is truly an area of the country undergoing a serious building boom. I counted at least 12 cranes outside our hotel room window alone; it seems as if they don?t have the same problems attracting investors that we do in Boston. Their new buildings should compliment a great mix of older buildings like the Adolphus and Magnolia hotels (http://www.magnoliahotels.com/dallas.aspx) which would be welcomed additions in Boston. About a half hour away, Fort Worth, a city a bit more to my liking is projected to outgrow Dallas at its current pace. They?ve even added substantially to their public transit system. As for the suburbs in the Metroplex?they?re endless.

Status
Not open for further replies.